The discussion watch designs can go on forever. Why do we love it? Why do we hate it? Is it functional? In this episode, we feature the Cartier Crash. 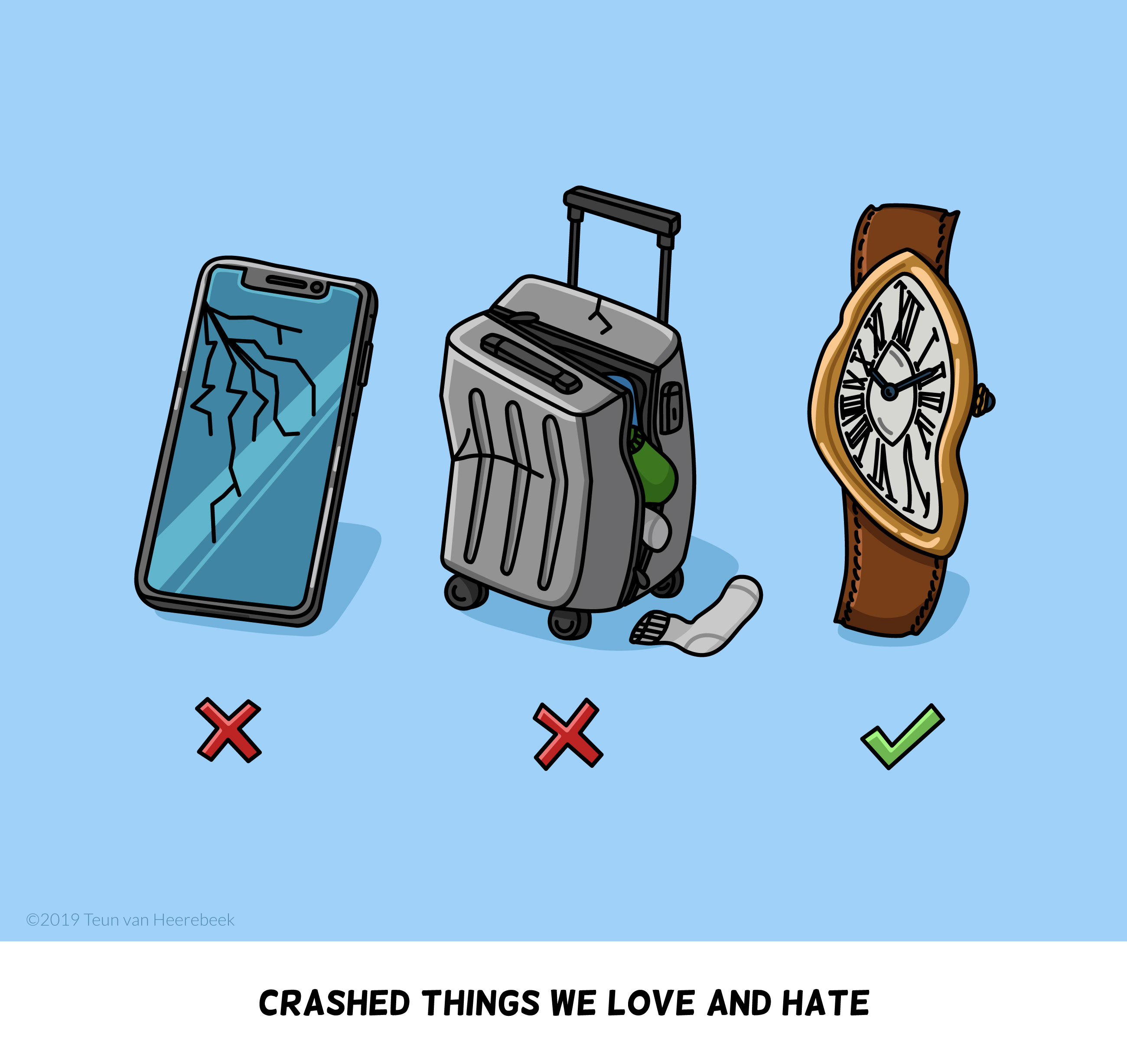 There are a number of stories out there on the origin of the Cartier Crash. Legend has it, that it is based on a heavily damaged watch that sort of survived a car accident. Jean-Jacques Cartier (designer for Cartier London) saw the watch and was inspired by the damaged watch. He went to the drawing board and did something truly magical: he turned a “broken” object into a design icon. What we normally would throw into the bin would become an expensive and beloved object.

In this episode, I want to point out the strange taste we as watch lovers sometimes have. In the drawing above, I show 3 crashed things next to each other. We generally don’t like the look of crashed objects, but we do like the Cartier Crash. How is this possible?

My guess is that it has something to do with the extra layer that comes with watches. You don’t only wear a watch to read the time, but also as a design statement. This creates a bigger space for the watch designer to move in. That’s one of the reasons why even a car accident might lead to a watch design.

And then there is always that other thing that will help increase its popularity: famous people wearing watches. Most of us watch enthusiasts wish we could be James Bond or Steve McQueen, even it was only for one day. Buying the watch that is associated with a person (fictional or real) does make us feel a bit more like them. The Cartier Crash also was worn by famous people in the 1960s (e.g. designers Mary Quant and Tommy Nutter).

See you in the next episode!