When it comes to new releases, Tudor easily sits in the top echelon for “most anticipated” each and every year. 2021 was no different and the brand brought some new wares to Watches and Wonders. This year, they defied all predictions and released some truly different things. The Black Bay Fifty-Eight 18K was and is still a real shock — we’re here to find out what you think of this audacious release! 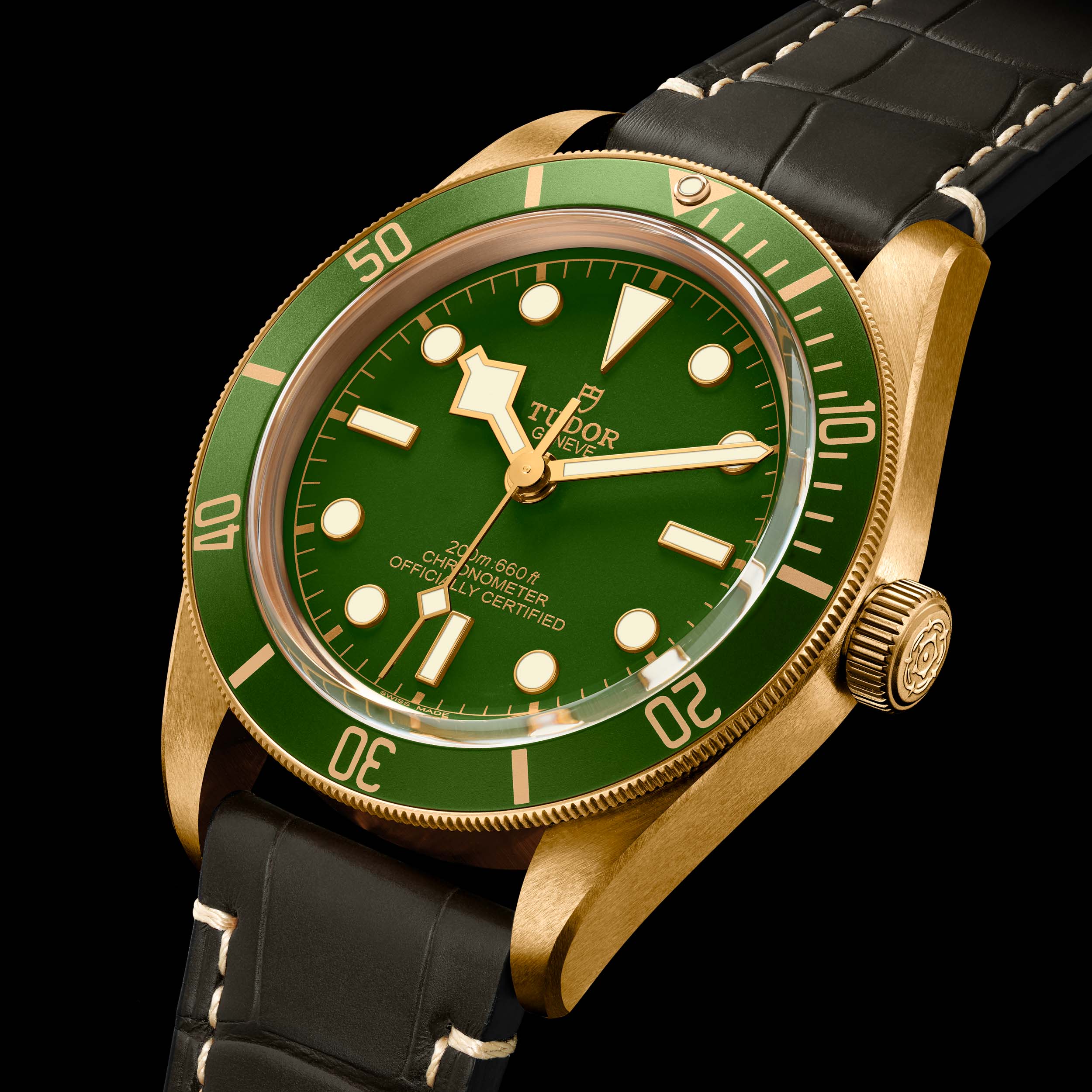 About a week ago, Tudor put a teaser on their website proclaiming that new watches were on the way. The image showed a plume of black and red smoke. Naturally, this led many (including my buddy Spence) down the path of a “Coke” GMT. For good or for bad, fans of “the real thing” will have to quench their thirst elsewhere. Instead, Tudor rolled out some unexpected pieces. A tastefully updated Black Bay Chrono and a new color for the bezel-less Black Bay came to light. Tudor also gave us a .925 silver Black Bay (my personal favorite), which was truly out of left field. The most surprising release, though, was the new Black Bay Fifty-Eight 18K. 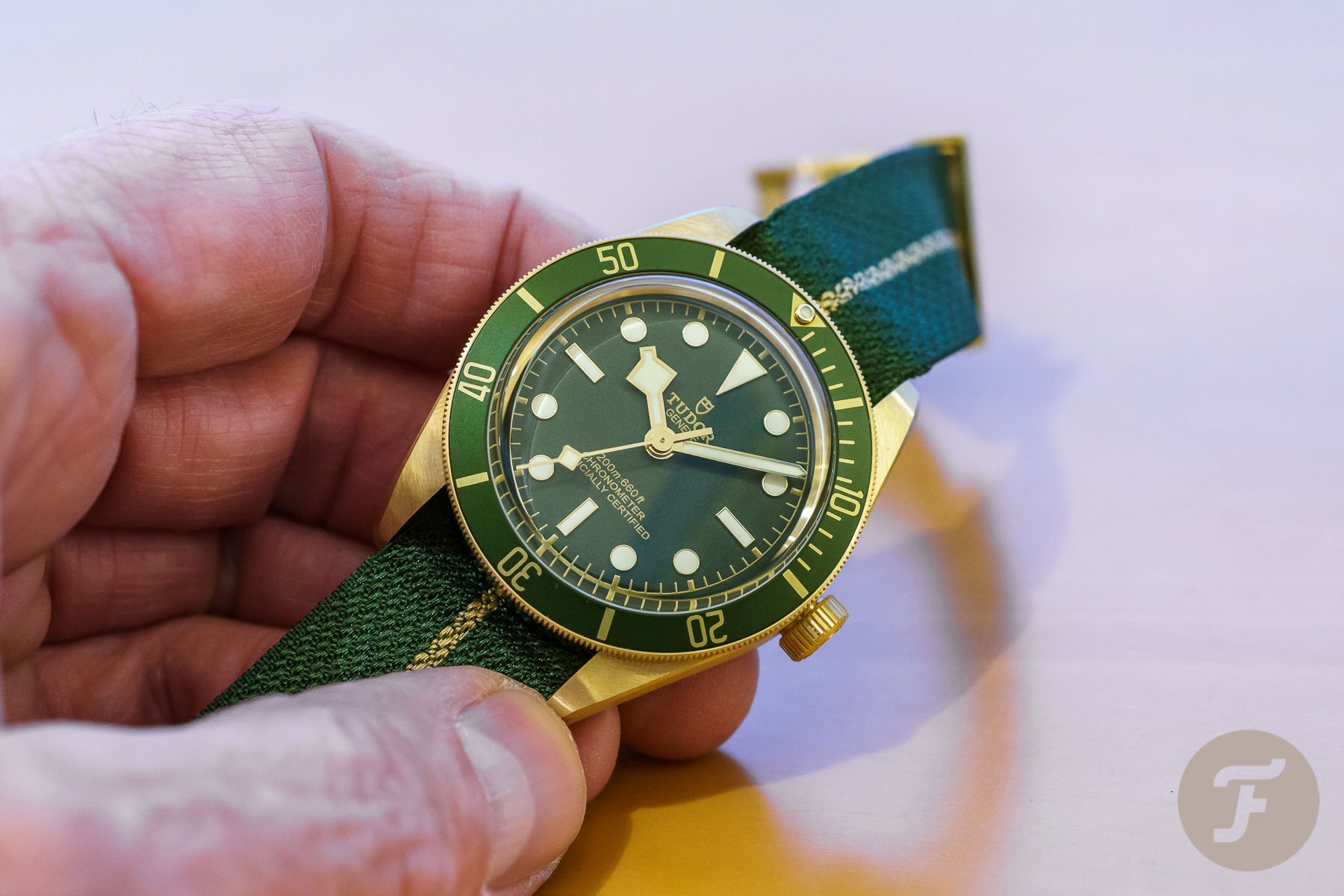 The bargain brand no more?

So, why is the new Tudor Black Bay Fifty-Eight 18K such a wild release? Tudor has always been the more affordable alternative in the Rolex stable and, to my knowledge, hasn’t offered a solid gold watch in decades. I did some quick internet sleuthing and found some Prince models in 18K, but these are few and far between. Plus, I’d say that Tudor has kept the more cost friendly approach since their rebirth some ten odd years ago. So, yes, this was a real surprise. 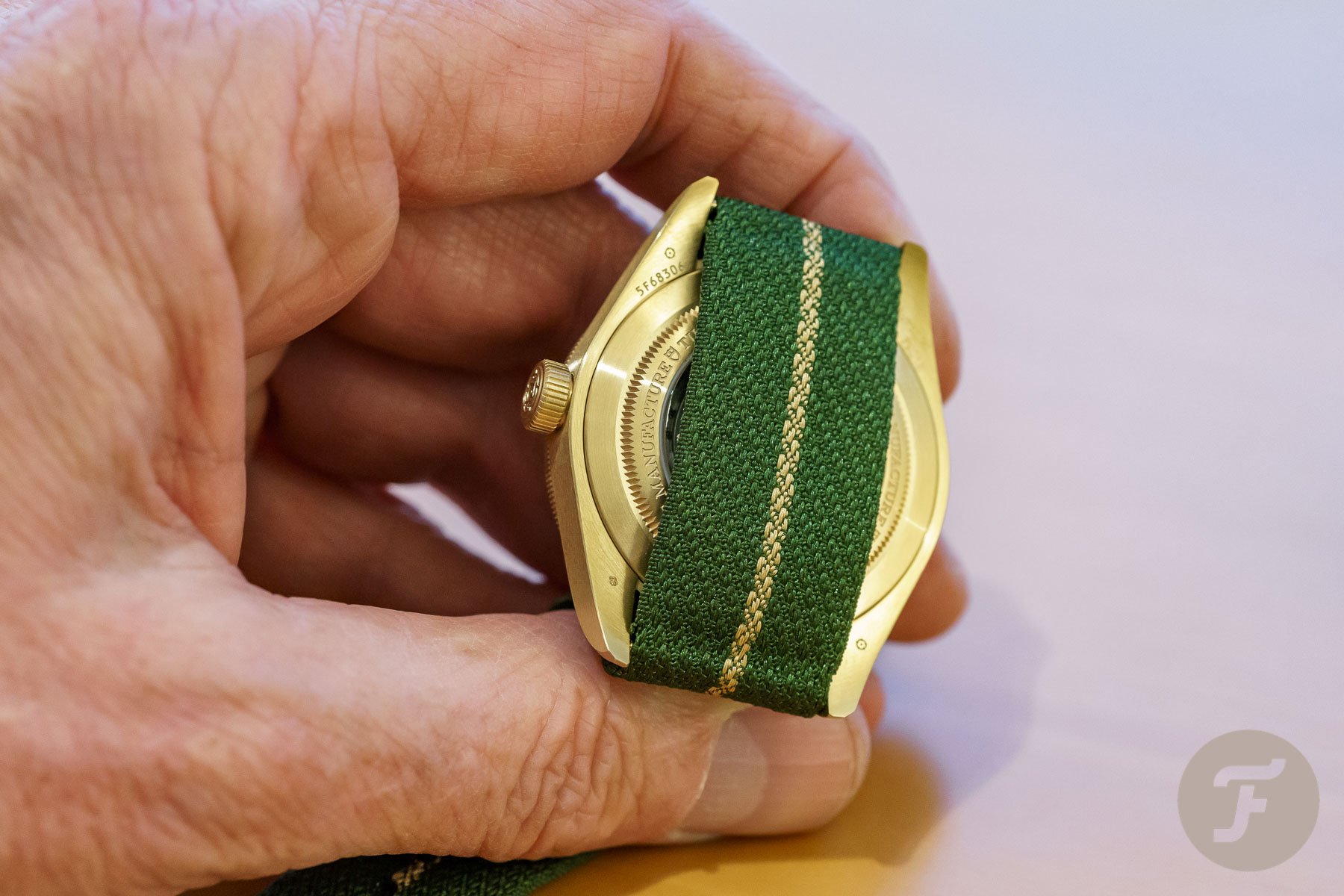 We know that Tudor now uses in-house movements in almost all of its watches these days. The new Black Bay Fifty-Eight 18K is no different and contains the MT5400 automatic under a display back. It brings a brushed gold case that has received a lot of flack for emulating bronze. The finish, however, does separate it from the typical gold Rolex offering. Functionally, the watch keeps 200 meters of water resistance and a chronometer certification. 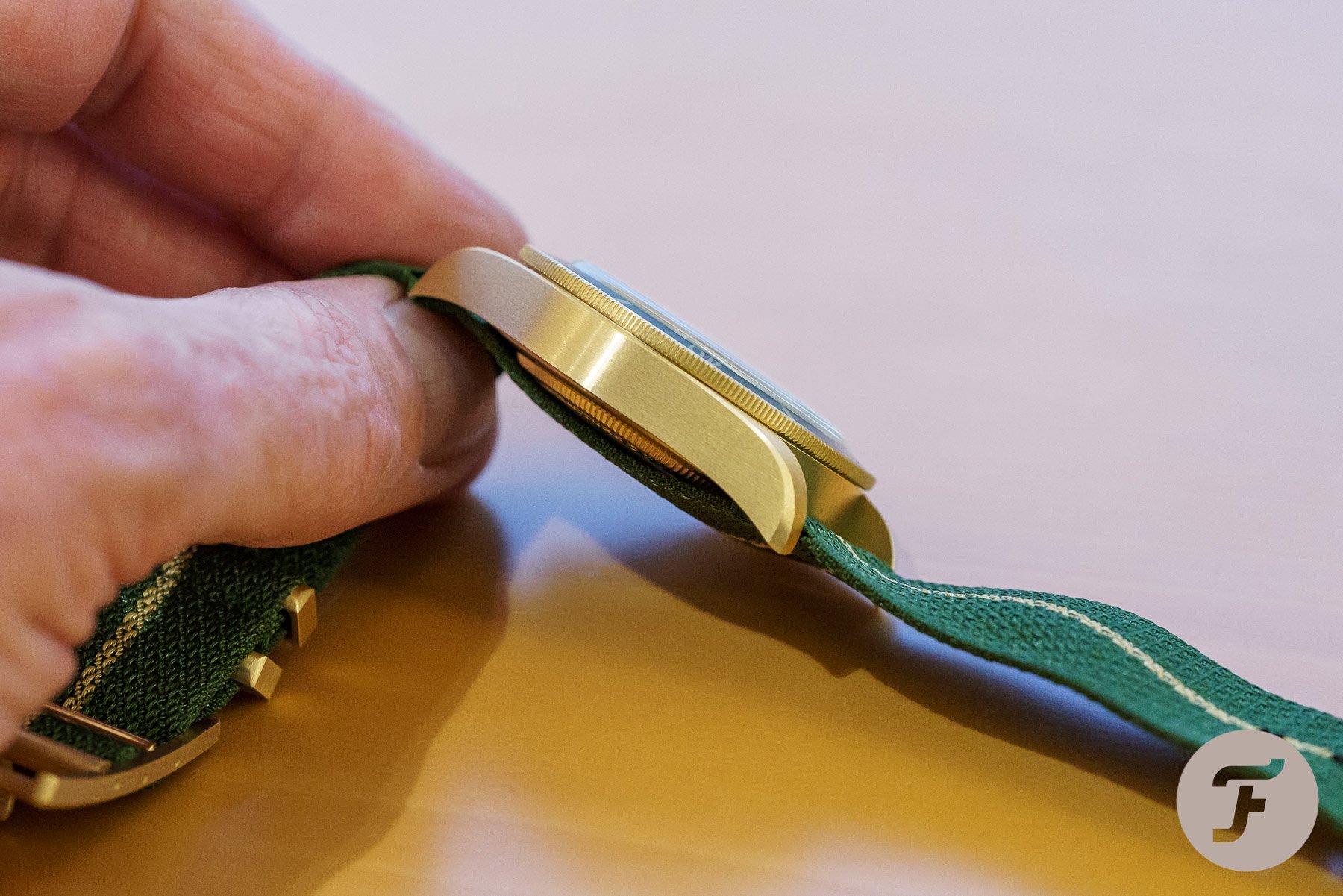 The new Black Bay Fifty-Eight 18K lists for $16,800 and near that in your local currency. Let’s pause a moment and realize something — that’s a hell of a lot of money for a Tudor. Everything that we know and love from the brand has sat below the magic $5K mark and usually with enough breathing room to either add a boatload of straps or take your significant other out for a celebratory/apologetic dinner. 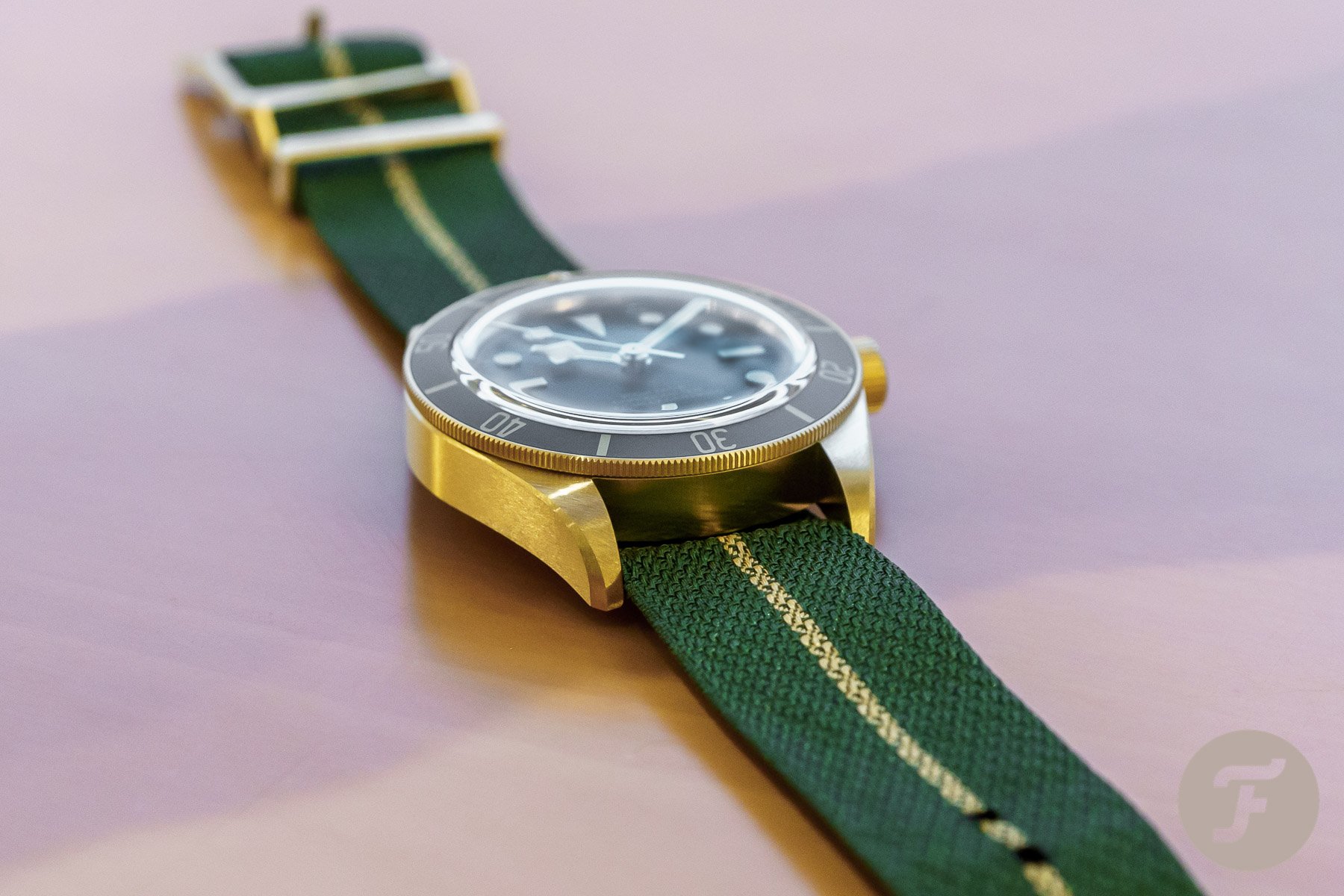 Getting closer to Rolex, sort of

The fact that the Black Bay Fifty-Eight 18K not only exceeds the five figure mark but blows right through it is really interesting. Taken at face value, it feels like Tudor might be out over their skis. Thinking about it for a longer period gives me other ideas. Within the Rolex stable, this watch is still the “cheap” option if you want gold. When I say that, consider that a gold Submariner retails for a stunning $36,950. Sure, it comes on a bracelet whereas the Tudor is on a strap, but this is still a massive difference. More so, Tudor also knows that they have the Rolex name behind them even if it’s never discussed.

What the Black Bay Fifty-Eight 18K does in my view is to put a stake in the ground. To me it says that while Tudor is happy to sell approachable tool watches, they’re now going to try and come after Breitling, Omega, and the like with some pricier pieces. Even though some see Tudor as the more daring brand within the stable, I actually think that they’re now becoming more of what Rolex used to be (with the exception that no one really uses a tool watch for anything any longer). When will a gold GMT come or a bi-color Pelagos?  Root beer anyone? 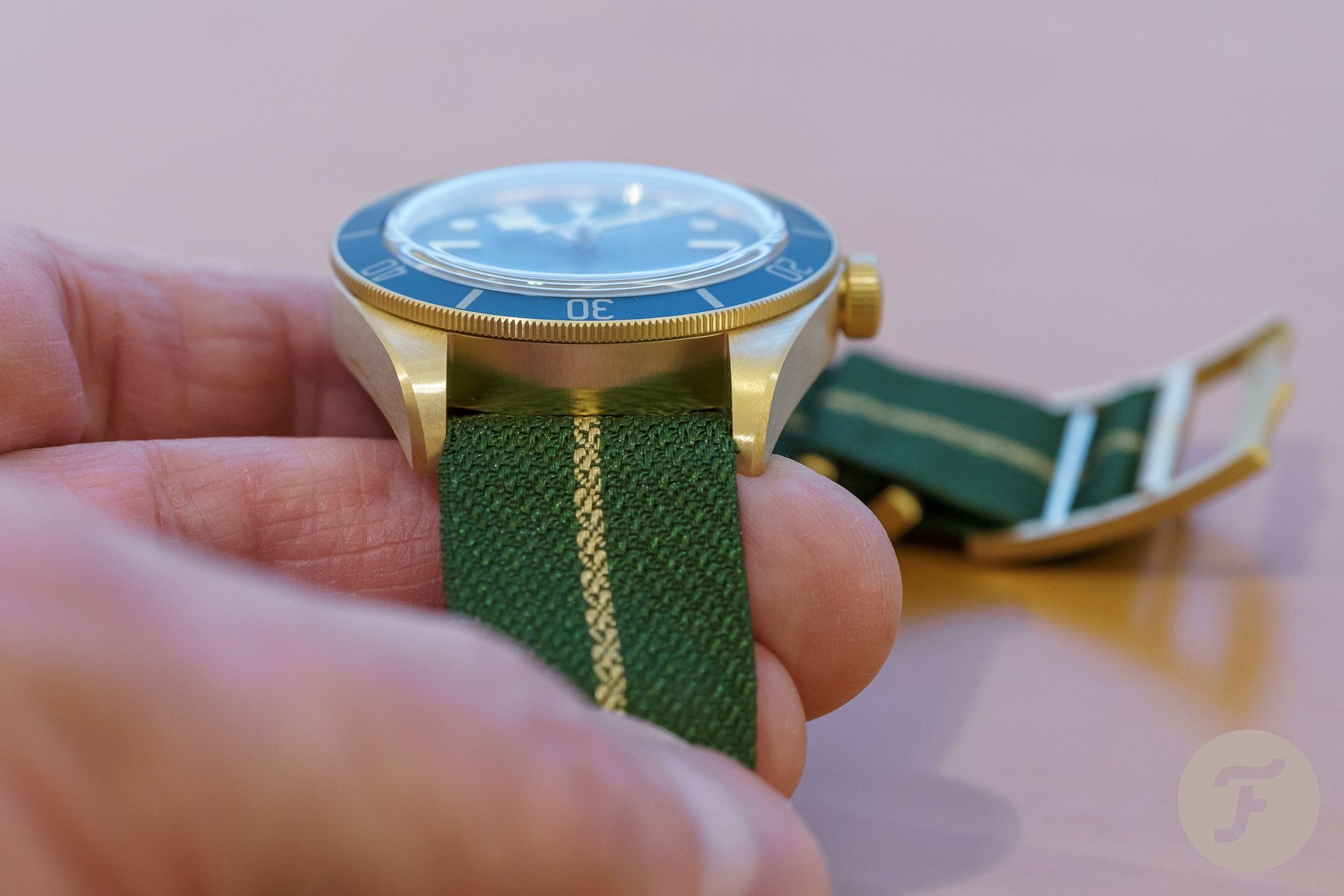 What do you think of the Black Bay Fifty-Eight 18K?

We’re genuinely curious about what you think of the Black Bay Fifty-Eight 18K. Would you consider a Tudor at this price level? Do you see a Rolex family sports watch in gold for under $20K as a deal? Or, do you think that Tudor has overshot here and should stay in the more affordable zone?  Cast your vote and comment away — this should be a good one.

Hot Topics
Introducing: The Omega Speedmaster Super Racing With Spirate System
165 comments
New Release: The Limited-Edition Seiko Prospex SLA067J1 Diver
65 comments
My Predictions For New Omega Speedmasters In 2023
60 comments
The Best Independent/Microbrand Alternatives To The Rolex Explorer In 2023
53 comments
The Time To Buy Is Now: How The Current Economic Climate Influences Watch Buying And How You Should React
51 comments
Popular
A Question From A Reader: “Which Modern Speedmaster Is Closest To The Original Moonwatch?”
Robert-Jan Broer
14
Rolex Submariner – Historical Overview Of A Diving Legend
Robert-Jan Broer
22
#TBT A Vintage Seiko Buyer’s Guide to Affordable Goodness
Michael Stockton
32