Wrist Game or Crying Shame returns this week with a look at the Minerva Pythagore Edition 2001. This watch represents the last gasp effort prior to becoming part of something much bigger. Will you honor its death throes? Let’s see, but first…

Last week, I showed you a bargain bin Zenith El Primero with the Epervier model name. Despite the incredible movement and inspirational pricing, this child of the late ’80s fell to a 57% Crying Shame loss. One day, when pleated pants make a proper return (not that half-baked attempt that the fashion industry is trying now), you’ll wish you’d bought this chrono. Oh well: we move onwards and upwards. If the Epervier represented the end of one of my favorite eras in hair and hair band music, today’s Minerva Pythagore Edition 2001 represents the last efforts of a company on its deathbed. 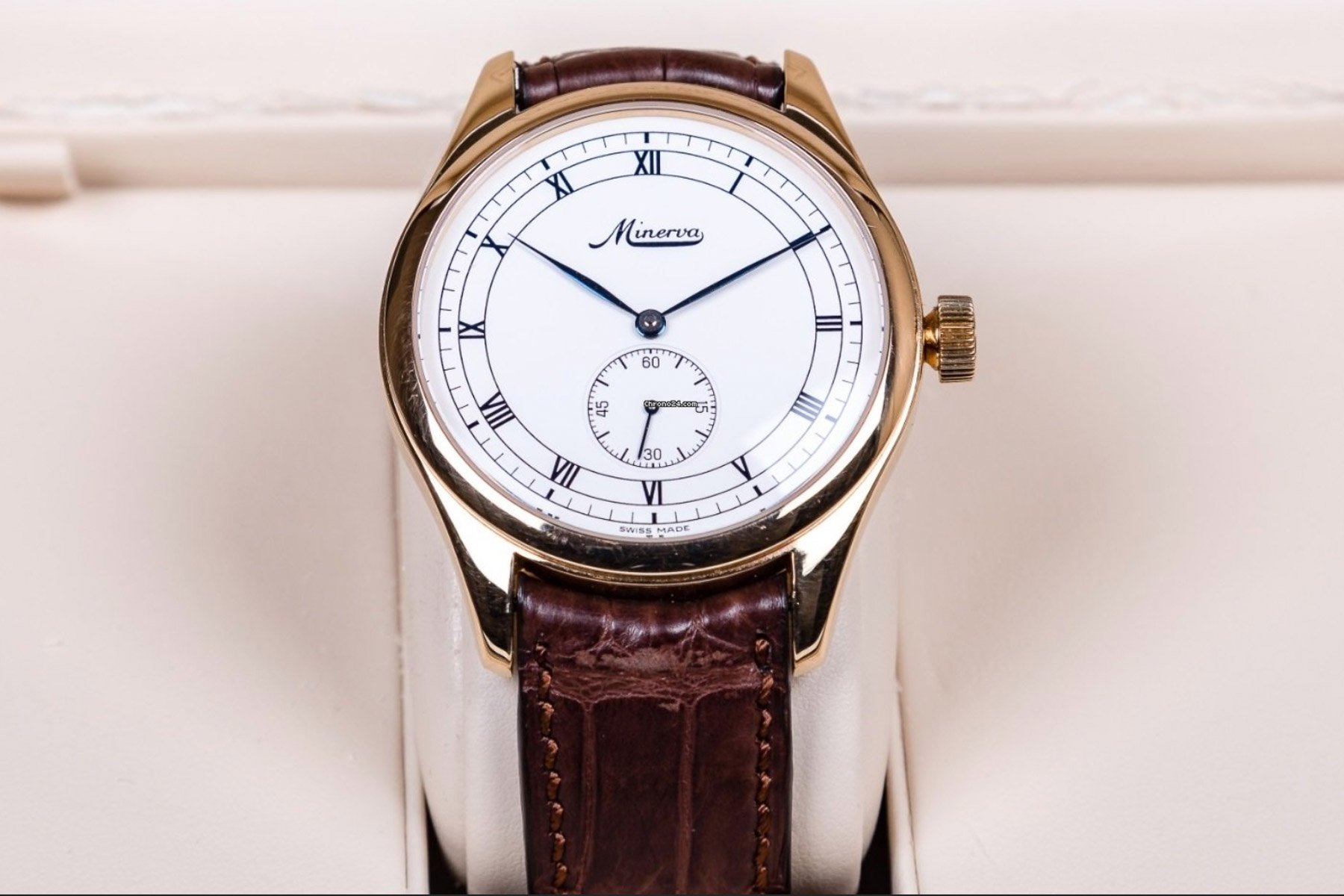 Some background on Minerva

Minerva was founded in 1858 in Villeret, Switzerland. The company created its own calibers during much of its history and today’s Minerva Pythagore features one of its more famous creations. The legendary caliber 48 hand-winding movement was created all the way back in 1943. This movement beats at a leisurely-yet-typical 18,000vph and has 45 hours of power reserve. What makes this movement so special, though, is its incredible looks. Andre Frey designed this beauty and he followed the so-called Golden Ratio studied by — you guessed it — Pythagoras. As such, everything you see in the movement is at 0, 45, or 90 degrees. Compared to the normal scribbly, but beautiful movements we are so used to seeing, the 48 possesses wonderful linearity.

Like so many formerly impressive brands, Minerva was in a bit of a fix by the late ’90s. The brand was producing pieces like dress watches using the caliber 48 and also some regrettable chronographs with the ETA 7750. In 2000, the family sold the brand to a wealthy Italian investor who had plans to grow and transform the brand. Sadly, a little recession got in the way and Richemont came along and purchased the brand and its watchmaking know-how. The old Minerva now serves as the horsepower behind the good stuff that now comes from Montblanc. Prior to the Richemont sale, there were some neat pieces that came out that were holdovers from the ’90s. The Minerva Pythagore was one such example. 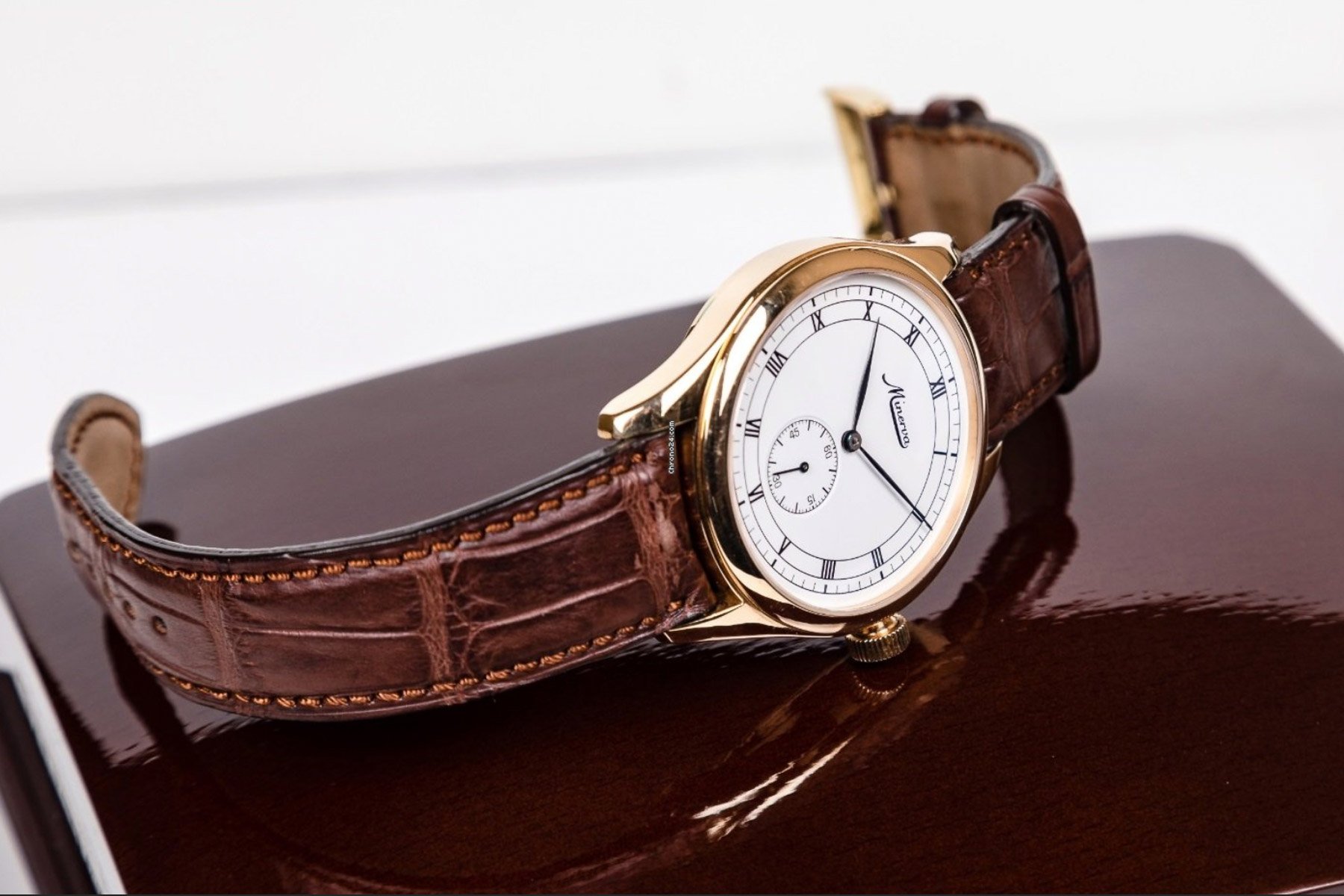 A trip back on the early internet

I have to admit that I still remember visiting the old Minerva site during the dawn of the internet age. The site wasn’t unattractive, but damn it was basic. I remember liking the watches a lot, but I was a new hire and cash was short. What I also recall, and still feel, is that the Minerva name on a dial is one of the best looking motifs in the watch world.  It’s the perfect size, the font is wonderful, and the name just flows. I’d guess that the Minerva Pythagore Edition 2001 is one of those lovely watches that I saw twenty years ago online. 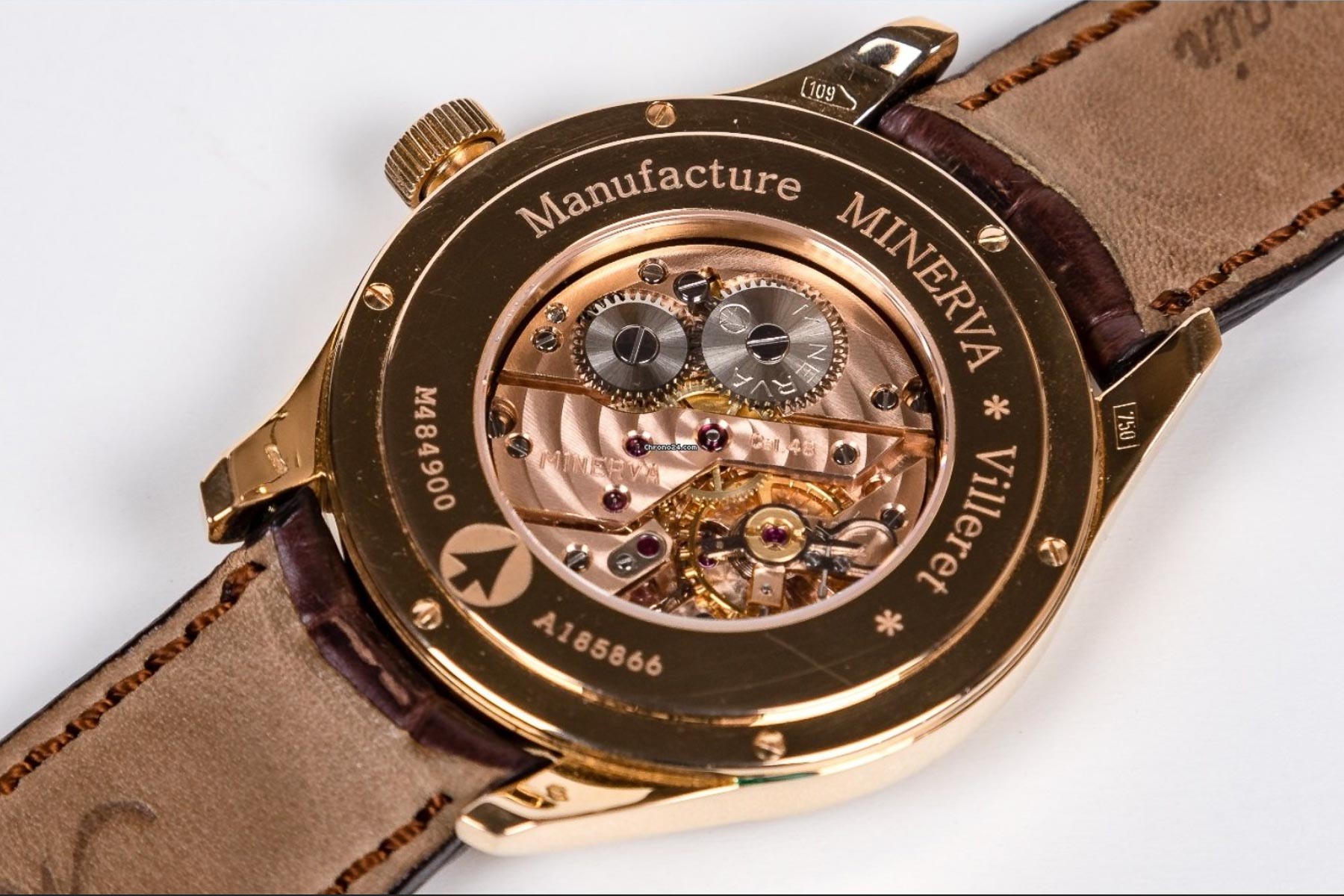 What you’re looking at is a 40mm rose gold Minerva Pythagore Edition 2001. I found so little information on these, but I think there were 50 (or thereabouts) made. I’ve come across a white gold version as well, but I have no idea if that was a separate edition of 50. Regardless, here’s a piece that also weighs in with a lug-to-lug of 49mm and a thickness of 10mm. The dial is simple in all white with a sector style. Yes, the whole thing is pretty basic, but I think it’s a very nice alternative to the typical high-end dress watches out there.

And while I am a fan of the front side of this Minerva Pythagore, I must admit that the back is my favorite. Here, we have the caliber 48 in all its glory. It looks like it is gold plated and while the decoration isn’t overly fancy (one review complained that the dial side isn’t decorated at all), that Golden Ratio just sings. 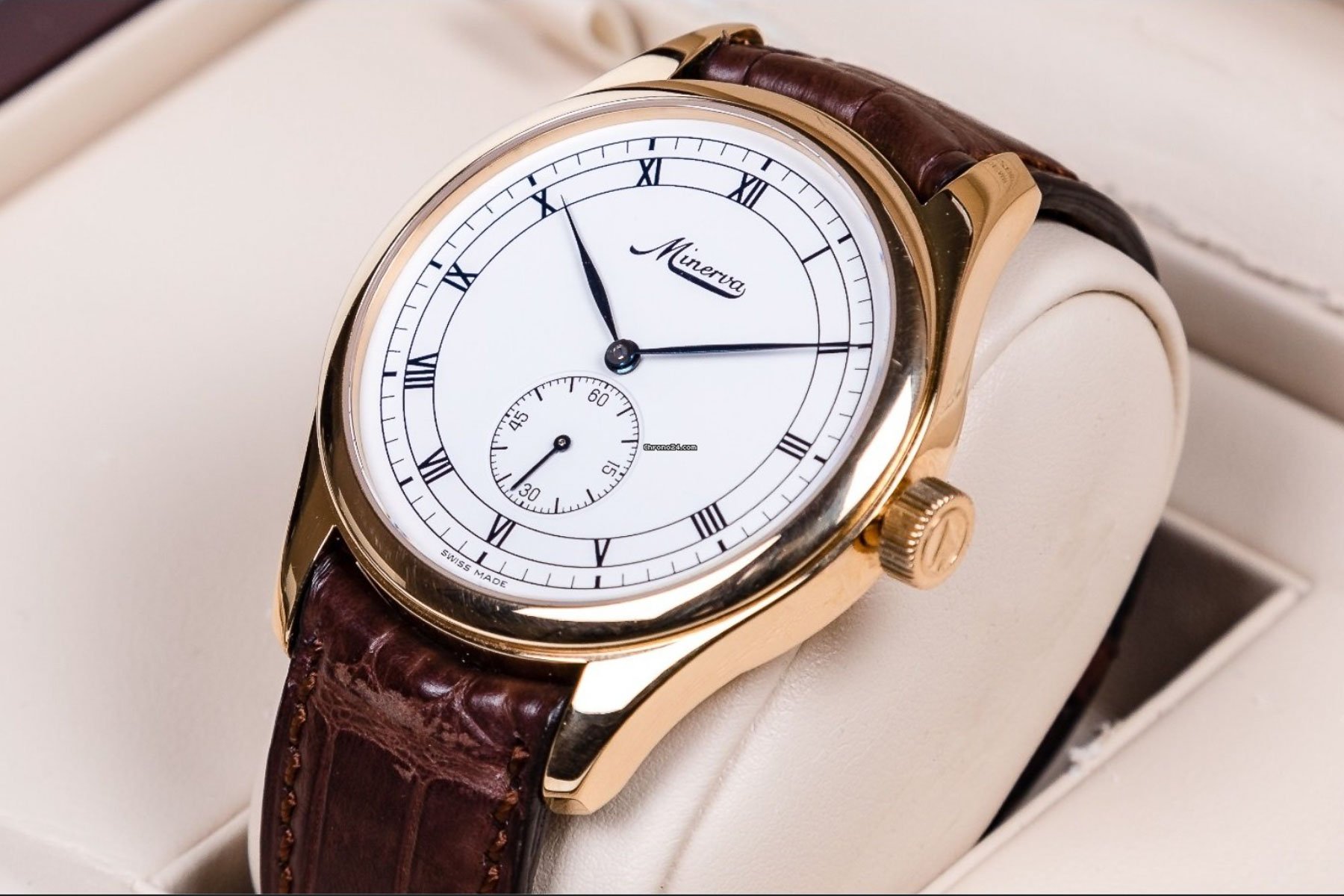 A late model Minerva Pythagore is hard to find. No one wanted these for years, but it seems that owners now hold onto them. I found this model on Chrono24 and the photos and watch belong to the seller Atelier Tempus of Warsaw. A special thanks go out to the seller for taking some very nice photos. The watch comes on its original crocodile strap with a gold buckle. There are no boxes or papers included. The price is fairly stiff at €8,700 and I say this because the watch has been for sale for several months. All that being said, it is not common and it is awfully good looking.

Now it’s time for you to vote. Do you find this relic from the old Minerva interesting or is this just too expensive? Let’s see…