Is it hard to love this Coulthard for €650?
Michael Stockton
comments 17
Share
Wrist Game
Crying Shame

Welcome back to Wrist Game or Crying Shame and this week let’s look at the racy TAG Heuer Kirium F1. Let’s see if you fancy this once futuristic chronograph. But first…

Last week, I served up a cold frothy glass of root beer Rolex style. I chose the newest two-tone Rolex GMT-Master II with a bicolor bezel. You folks were thirsty and ably chugged down this Rolex with a 71% Wrist Game “bottoms up!” This week, we stay a bit flashy, but head back to the early 2000s with a watch — well, the line anyhow — that was once quite popular. We’re choosing the most unique model in the lineup, though, with the TAG Heuer Kirium F1. 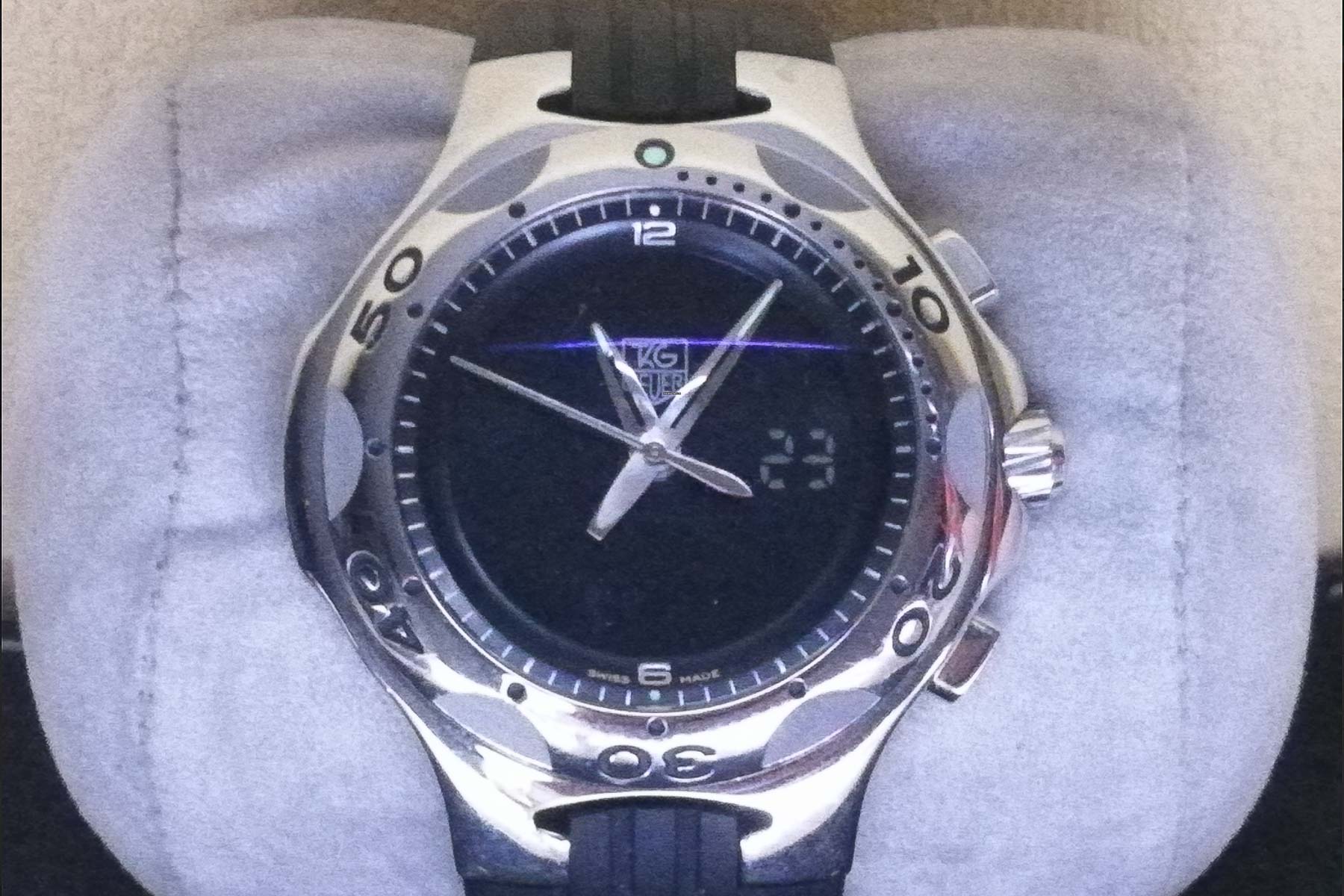 Noted TAG Heuer site calibre11.com tells us that the Kirium line debuted back in 1997. The watch was created by noted designer Jorg Hysek (note to self: beware of people named “Jorg”) and brought in “liquid metal” looks. I can recall these watches because I was entering the working world, traveling more, and seeing lots of advertisements. The Kirium was everywhere and this was a very popular watch for friends of mine who had just graduated. A TAG wasn’t cheap, but it was a fraction of the cost of, say, a Rolex. As per normal, TAG made all sorts of models for both sexes. Options such as quartz, automatic, steel, titanium, chronograph, and chronometer were all available. All had rotating outer bezels and most were good down to 200 meters. The wildest watch, though, was the Kirium Formula 1. 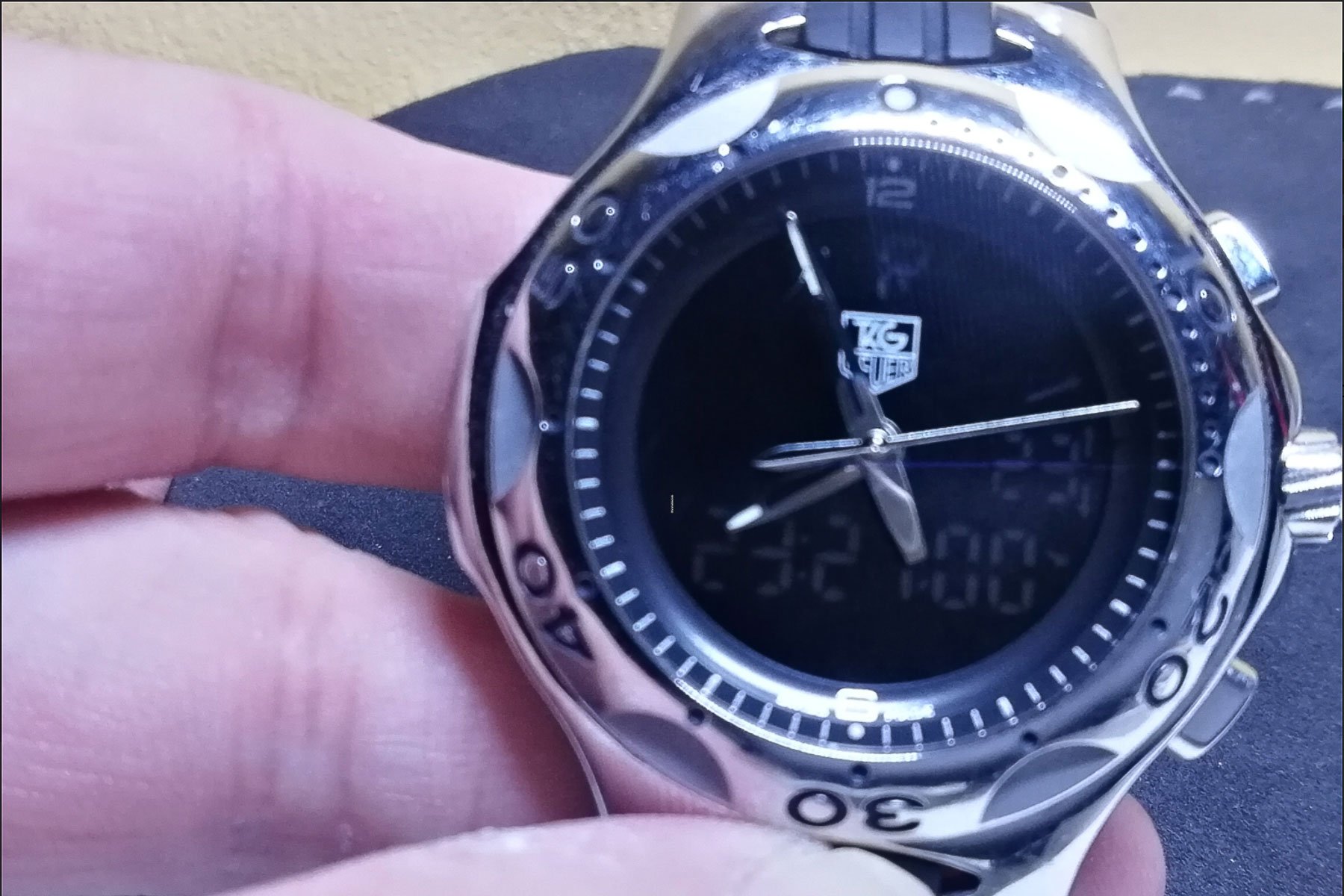 We’re told that the Kirium Formula 1 made its way to the gris in the 2002 timeframe and retired to the pits in 2008. I still recall seeing this watch in all the car magazines because it was advertised with none other than Scottish F1 driver David Coulthard. Now, I must tell you that I was a bit of an F1 newbie at the time and I went with the popular favorite at the time: Michael Schumacher. I happened to attend six USGP races in a row from 2001–2006 and Coulthard was a mainstay. He drove a McLaren Mercedes during the early years there and these silver cars looked slick next to the TAG. But what was this TAG? These days, most drivers sport mechanical chronographs. Actually, they probably don’t wear them in the cars and use them more in their spokesman roles. F1 is a bit about the money and fancy watches go hand in hand. So, it’s somewhat surprising that back in 2002 or so, the top TAG Formula 1 model was actually a quartz watch with analog hands and a digital screen. What I liked about the Kirium Formula 1, though, was that the digital portion disappeared unless it was activated using one of the buttons. You were then left with a very modern black dial and silvery hands with lume tips. It looks positively early 2000s and I like it. Remember when we all thought that the new millennium would be so different? 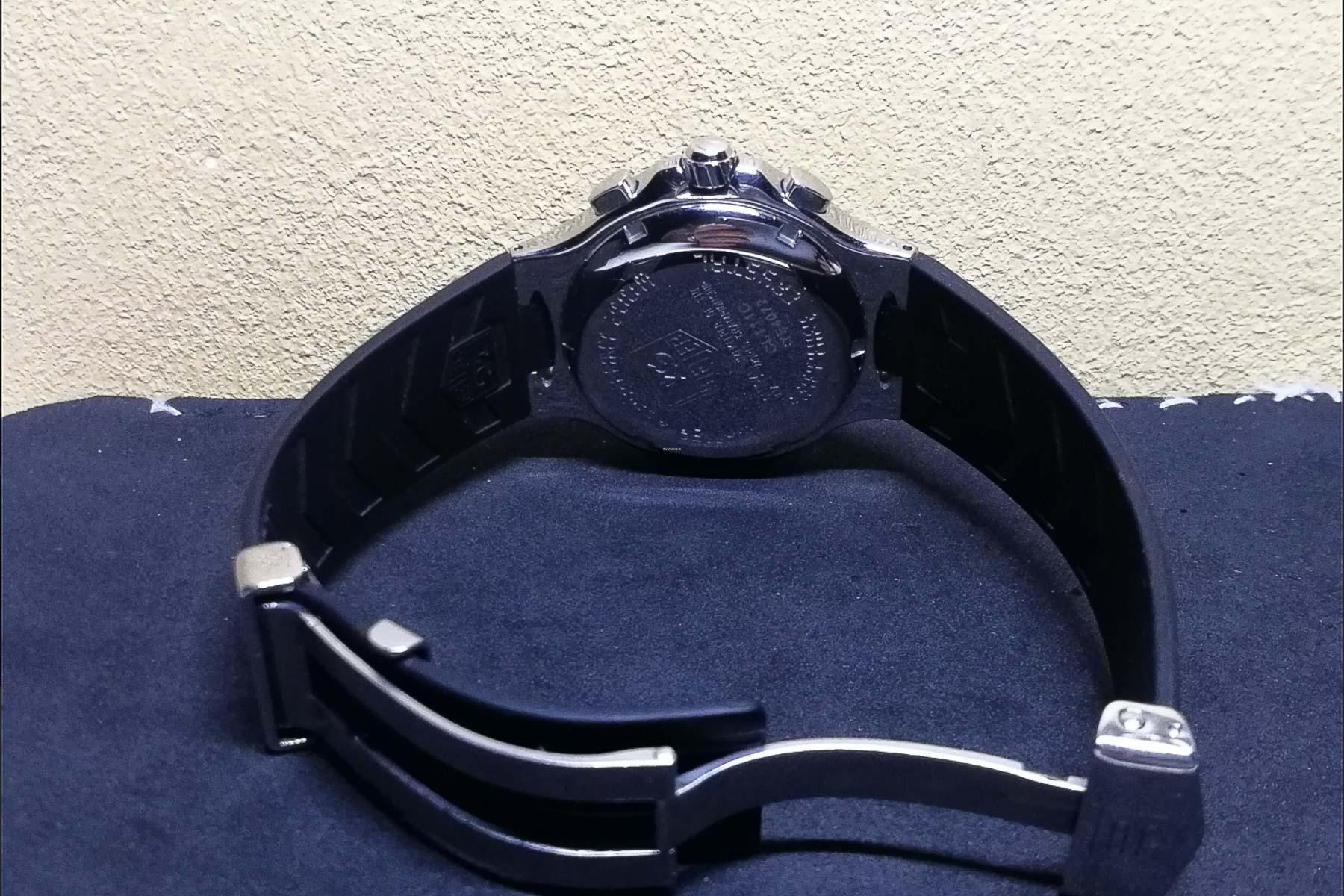 Some more details on this funky chrono

TAG used an ETA E20.321 quartz movement in the Kirium Formula 1. In addition to driving traditional hands, this watch featured a chronograph, day, date, month, 24-hour hand, world time, and alarm. If you’re thinking this sounds like an Omega Speedmaster X-33, it does! All of this came in a 40mm case on a steel bracelet or rubber strap. It had a sapphire crystal and was good down to 200 meters. I don’t recall the prices for these, but I believe they were well over $1,000. 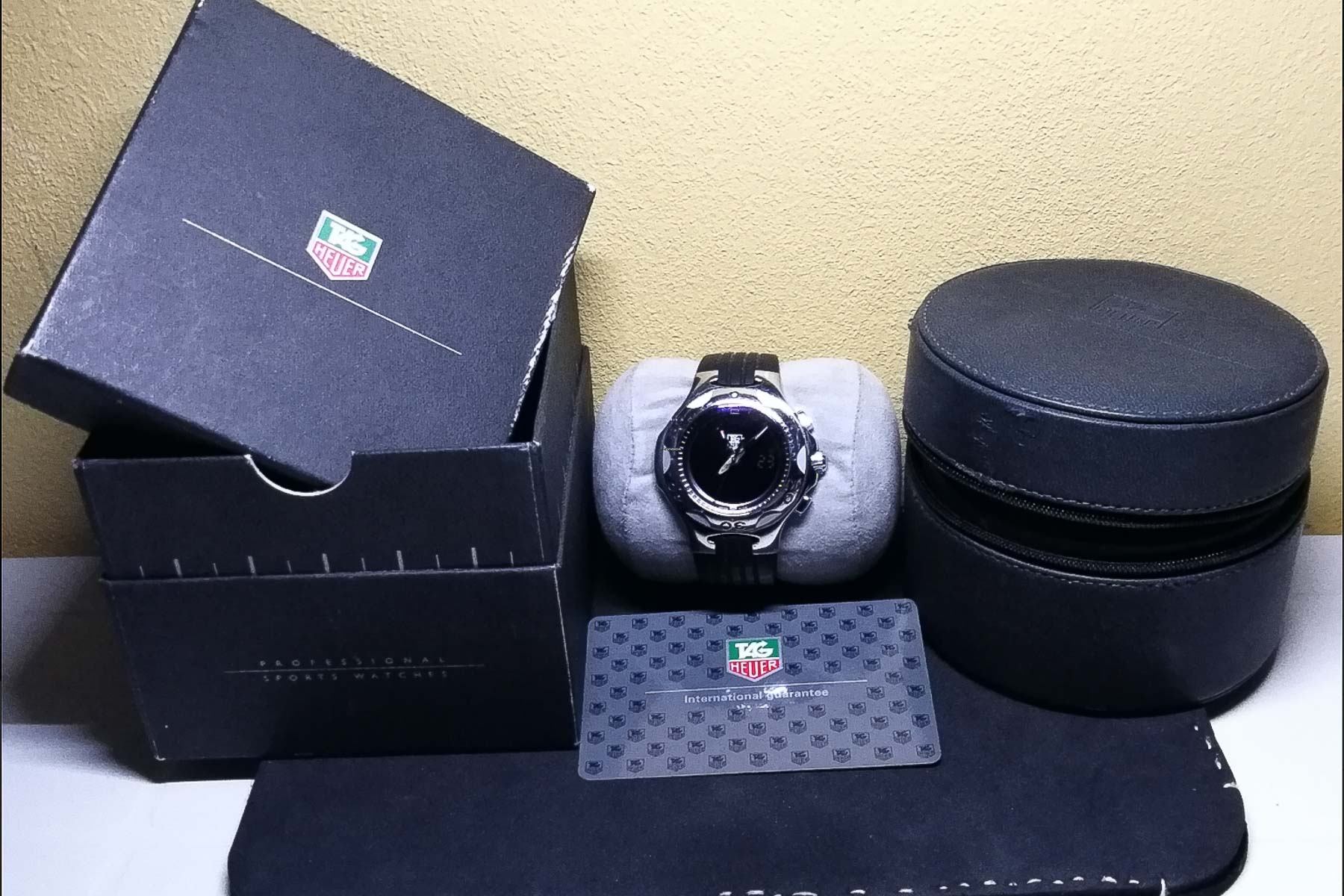 Today’s Kirium Formula 1 comes via Chrono24 and the blurry photos are courtesy of the private seller who lives in Berlin. I would probably rather have a bracelet, but I liked the fact that this watch comes complete with all of its boxes and papers. The other thing I really like is the €650 price tag. These days, neo-vintage ana-digi watches are seen as kitschy cool. This TAG ups the neato factor because it has some racing history. Ok, Coulthard never won a World Championship, but he was a great driver. Are funky period styling, celebrity designer history, and racing ties enough to give this watch the checkered flag?

Hot Topics
Introducing: The New Seamaster Professional 300M 60 Years Of Bond — With A Special Animated Case Back
105 comments
Are You Still After An Omega × Swatch MoonSwatch?
85 comments
It’s Time To Invest In A Dress Watch — Our Picks From Breguet, Omega, Grand Seiko, And More
72 comments
The Rolex Waitlist Conundrum — How Much Will The Price Of Your Watch Increase While You Wait?
50 comments
The Best Omega Speedmaster Watches Of 2022
40 comments
Popular
New Hamilton Intra-Matic Auto Chrono – An Introduction (with live pictures)
Balazs Ferenczi
12
Hands-On Grand Seiko SBGR311 Limited Edition Review + Overview of GS Service Costs
Robert-Jan Broer
5
Why Are There No Stainless Steel Rolex Watches Available?
Robert-Jan Broer
121