The aim of going to a get-together (GTG) is to meet like-minded watch enthusiasts. It is also a great chance to check out watches you never saw in the flesh. Collecting watches can be a real lonely hobby if you have nobody around sharing your interest. Once you get to the GTG you want to keep the memory and pull out the smart phone or the camera for some shots. I personally don’t take my camera to these meetings. On the one hand I do not want to carry lenses, tripods, flashlights etc around with me. On the other hand, I do not have the time, I love the interaction with other watch guys and would spend my time talking to them than taking photos with the camera. 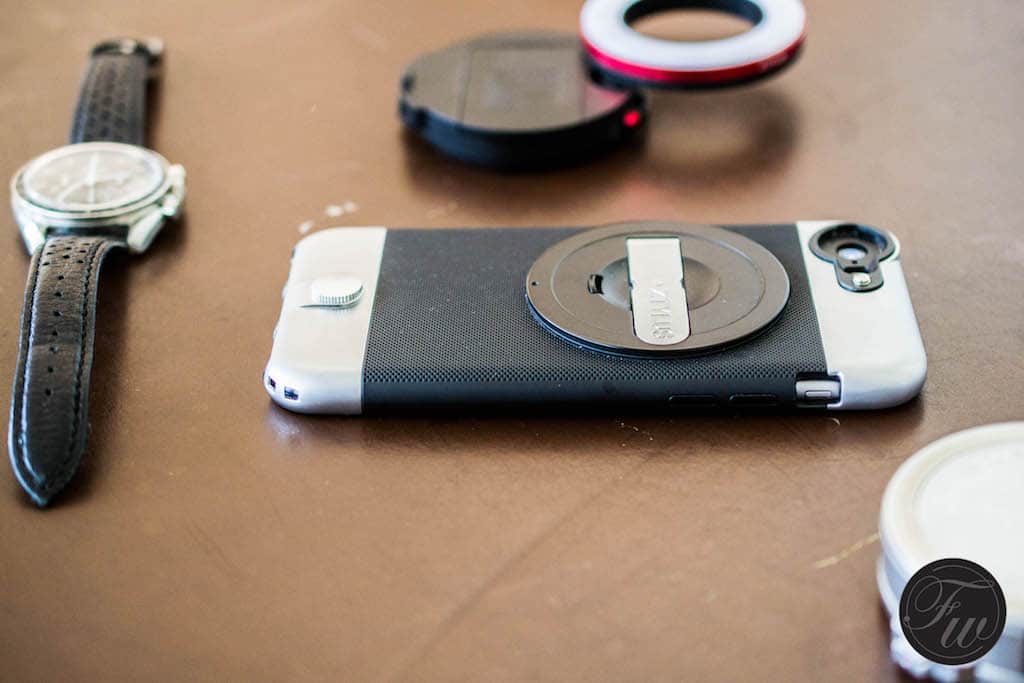 Your smartphone’s camera can be enough in most cases. However most of these gtg’s take place in a restaurant or a bar. They are also organized for the late afternoon or evening. Now, we know that even the best camera can lack some serious quality when it comes to bad lighting. Then there is the obligatory group shot. You want to keep every watch in the frame but the further you raise your phone from the table the worse the photo becomes. Maybe you want to catch a certain detail of a piece. A macro might be a great idea but your phone’s macro setting isn’t the best to say the least. A few months ago I came across a product that might be quite useful in this situation. The company is called Ztylus and their product are the Revolver Kit and the LED Ring Light.

A few words about the basic idea: Ztylus is basically a metal phone case. You can choose from a number of colors from orange to blue, green or black. The case provides a full body protection; you have to slide the phone into the frame then secure the bottom with a little screw. You can use it as a normal phone case. The back has a circular area that is an interchangeable mount system. You can flip out the integrated metal kickstand and use it to watch a movie on your phone for instance. Or press the release button and rotate the disc. The case will release it and the another Ztylus device can be attached to the case. There are a number of different gadgets the company offers. One of them is the aforementioned LED Ring Light. 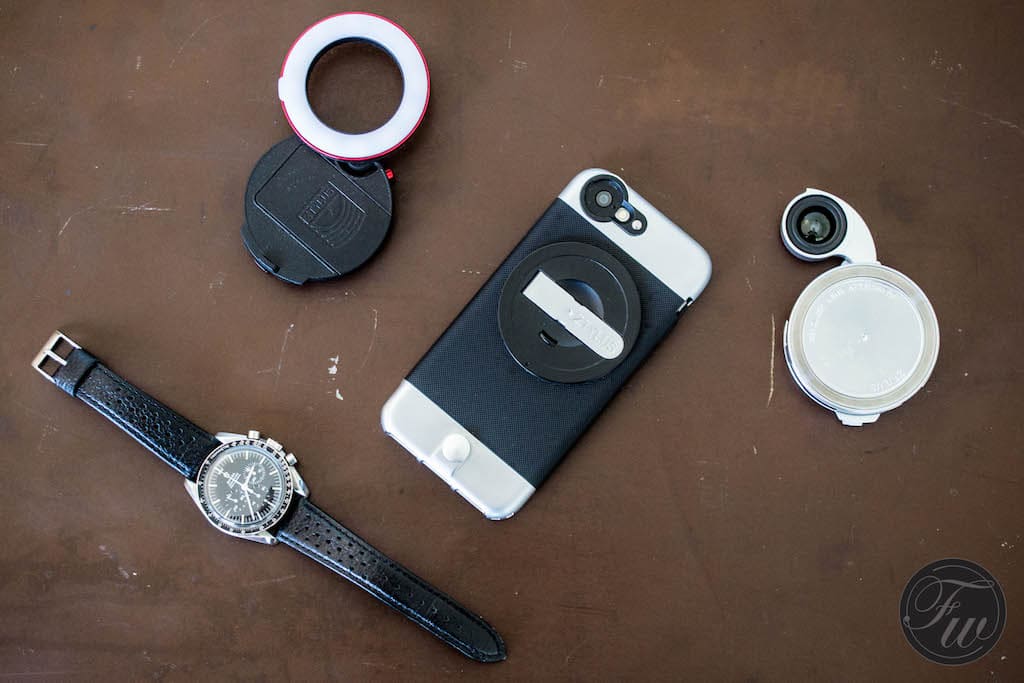 The LED Ring Light is pretty self-explanatory. It is a led photo light with changeable color diffusers. You can attach the light to the phone case, flip the ring out and it snaps in place, around your phone’s camera. If you know a bit of photography I don’t have to explain you the difference between a built in flash and a light ring. It basically spreads the light much more evenly. There is a built in temperature control on the side of the lamp. This lets you control the warmth of the light from bright white to, dimmed yellow. If you are low light conditions, the lamp is truly great to shoot some cool wrist shots or group photos. You can also use the LED Ring Light as a background lighting while using some other Ztylus devices. 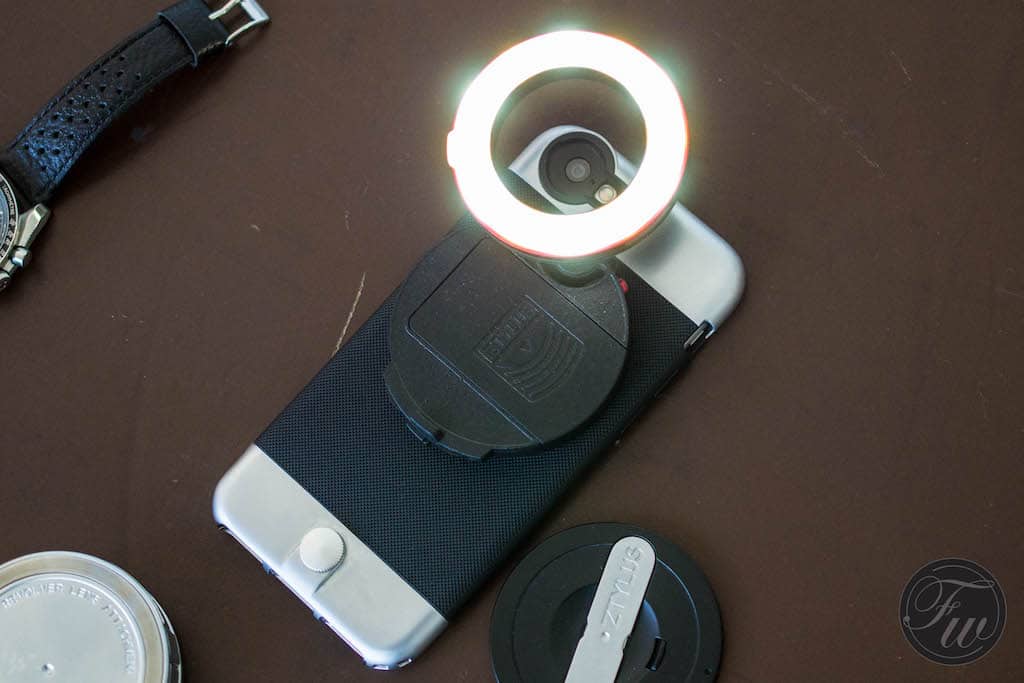 By other device, I mean the Revolver Kit. This is a lens kit system you can attach to the Ztylus phone case, just like the LED Ring Light. Once you snapped it in place you can rotate the system to the lens you want to use. You flip it out and it snaps right in front of your phone’s camera. You have 4 lenses to choose from; wide angle, macro, fisheye or CPL. The wide angle is perfect for group shots. When you have a large number of watches in front of you but you still want to make a photo as close as possible. I use the macro for taking close ups of dials or details of cases. It is located under the wide angle lens. A magnet holds the upper part of the lens in place. Remove it and you have the macro in front of your camera. 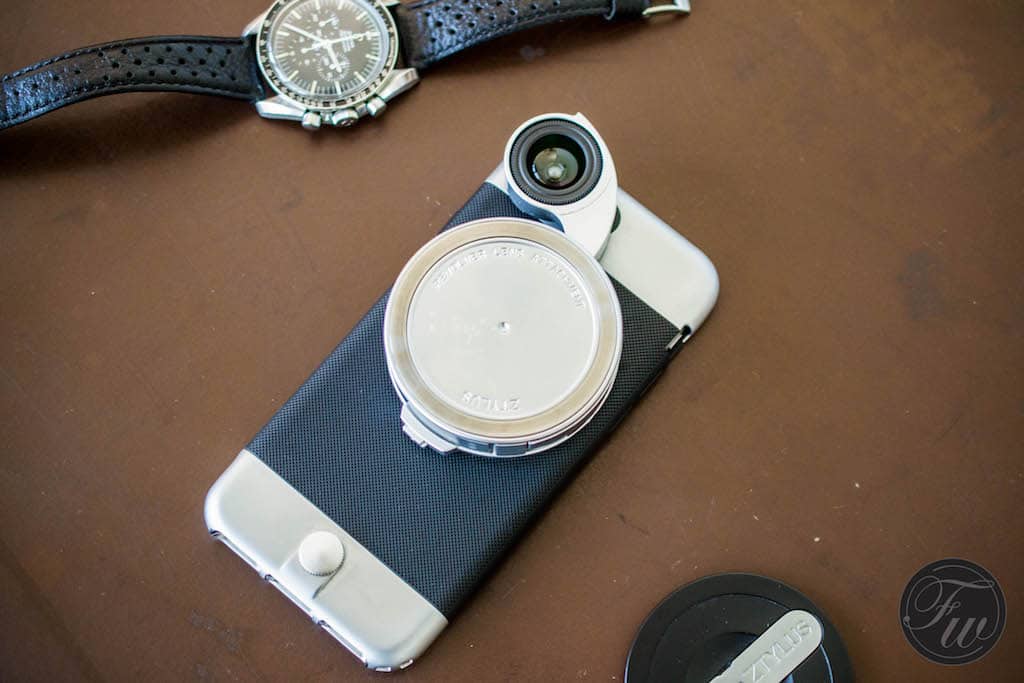 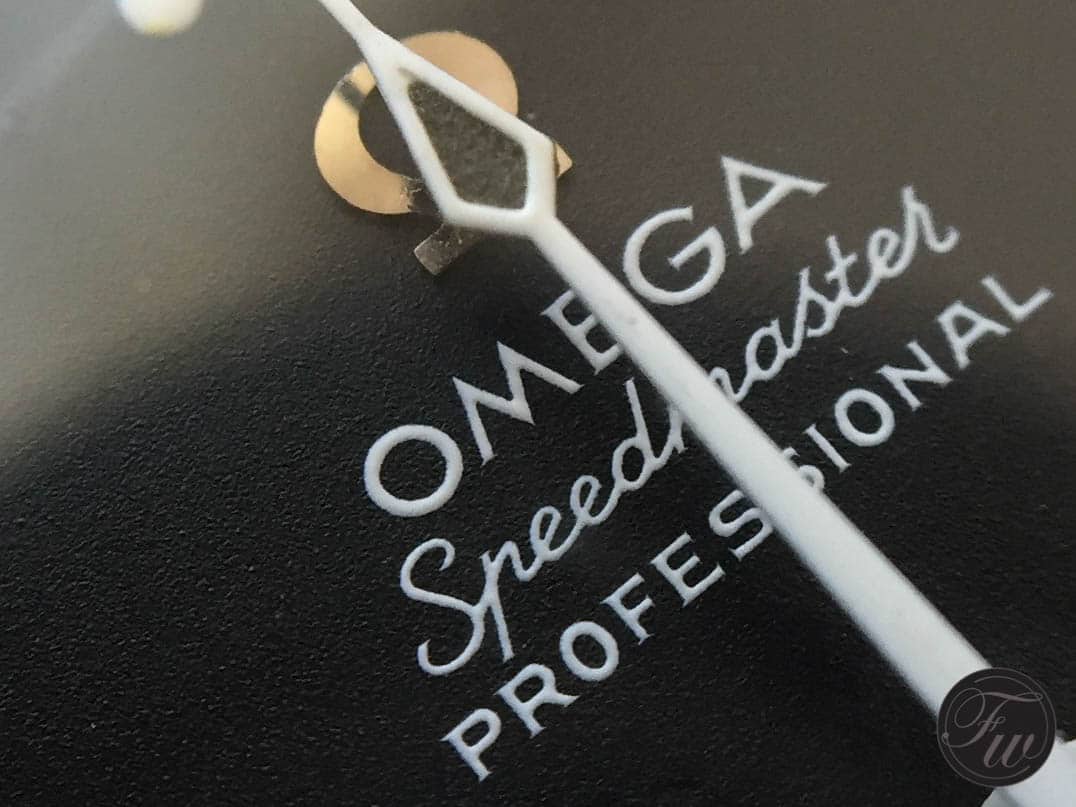 Macro shot made with the Revolver Kit 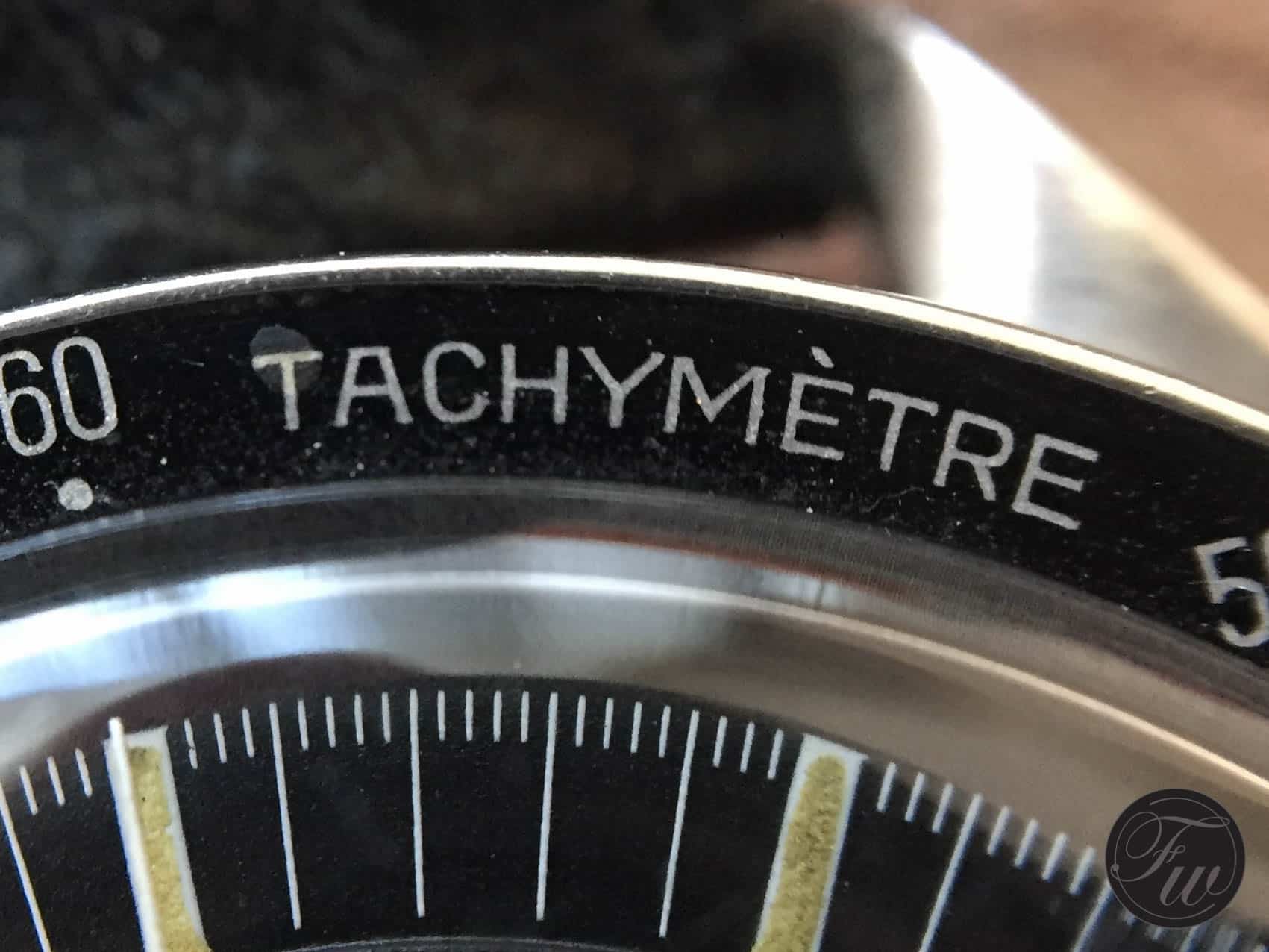 What type of lens?

Snap the lens back to the Revolver Kit and rotate it twice clockwise. Now you have access to the CPL (Circular Polarizing Lens). CPL removes reflections from non-metallic surfaces like water or glass. If you want to snap a photo of the watch from an angle the crystal is actually reflecting, use this lens. You can scroll the side of the lens for the optimal setting. The last lens in the Revolver Kit is the fisheye lens. I don’t think I have to explain what that actually is. It gives you a 180-degree field of view. It allows you to shoot really wide panoramic images. Of course you can also goof around with it to recreate those early 2000s inspired Busta Rhymes music videos. This is probably the lens I use the least often while shooting watches. The other 3 however are in the rotation a lot, literary. 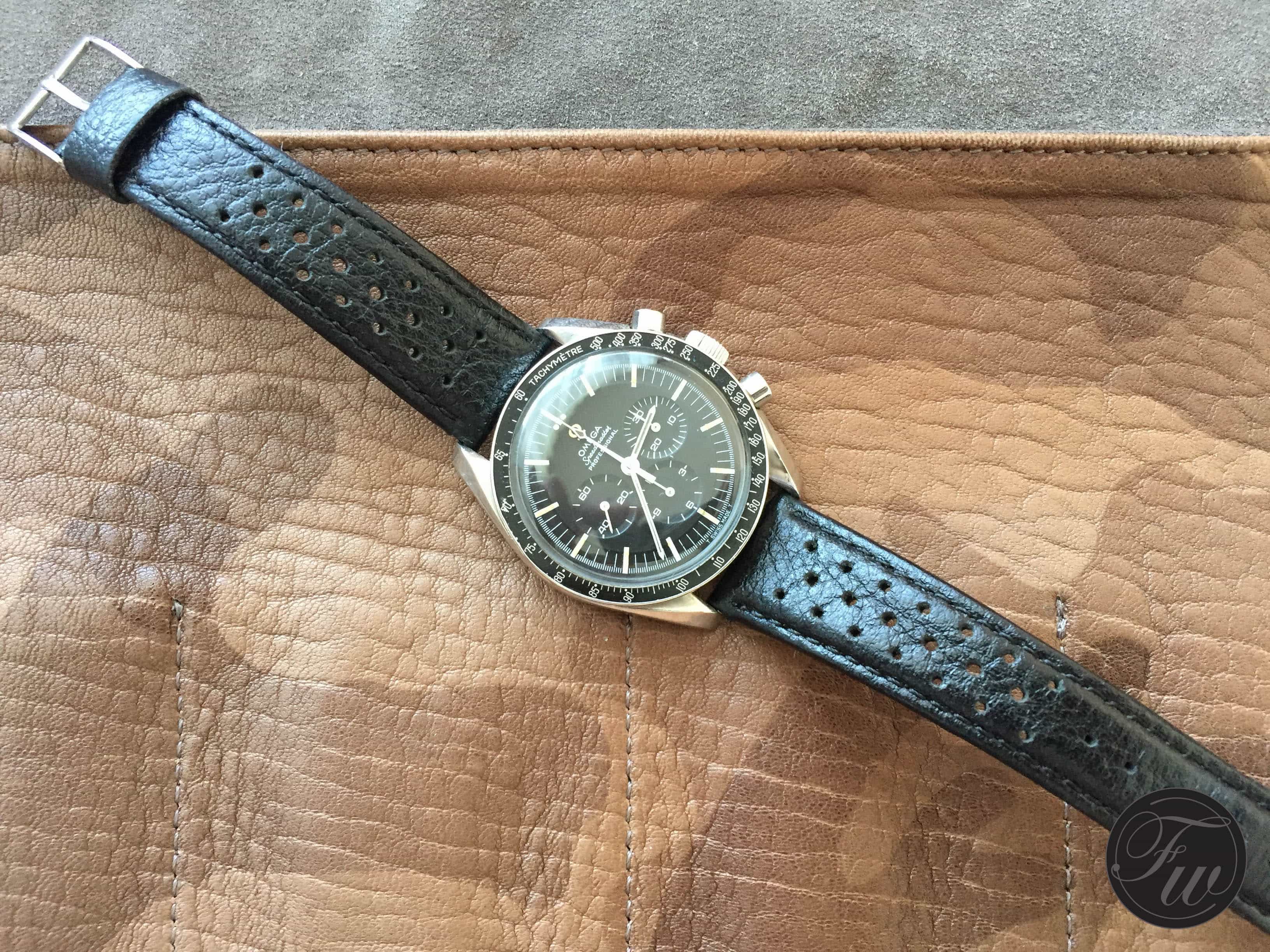 A shot made without the Revolver Kit 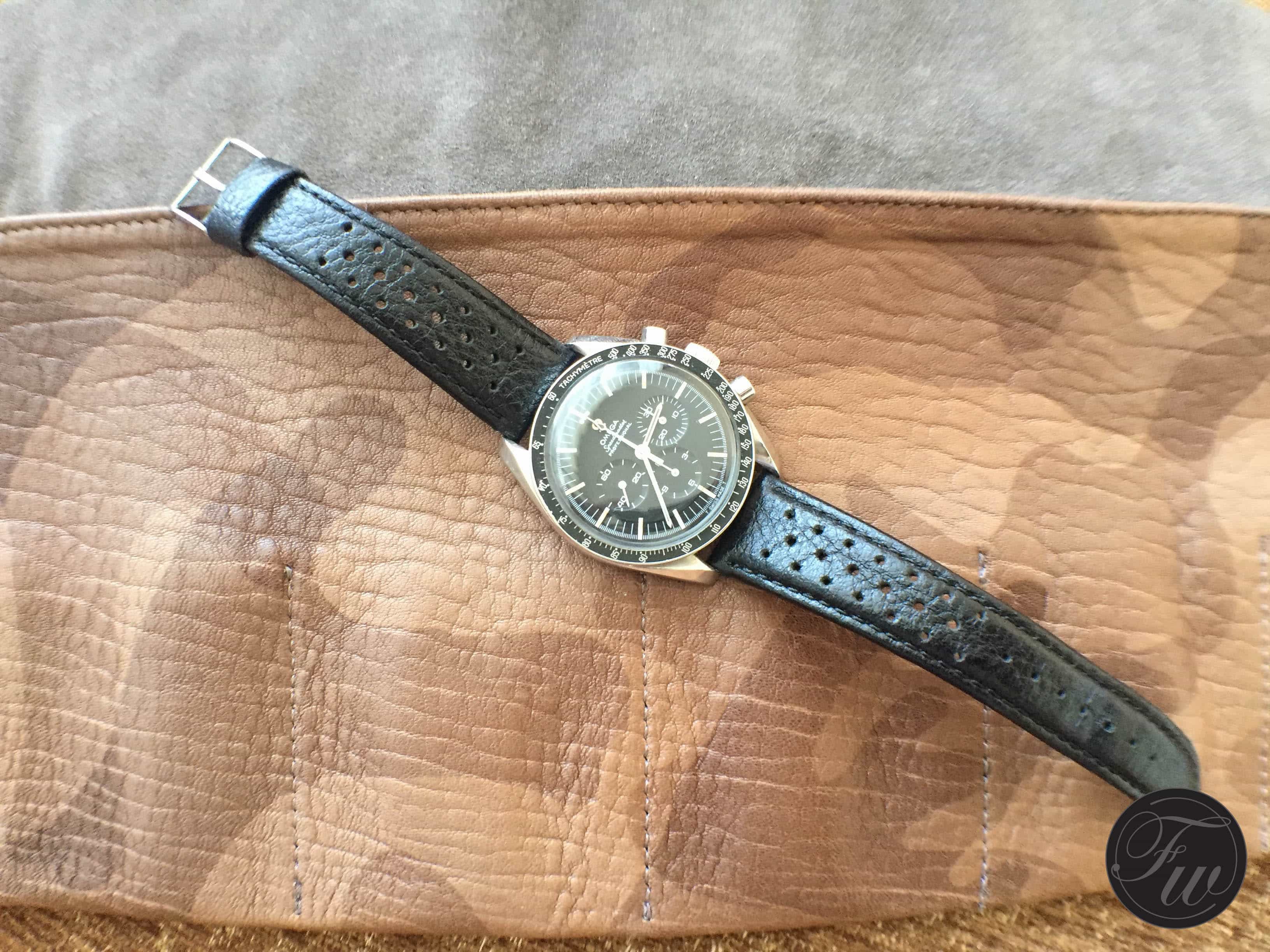 Same shot this time with the Wide Angle lens 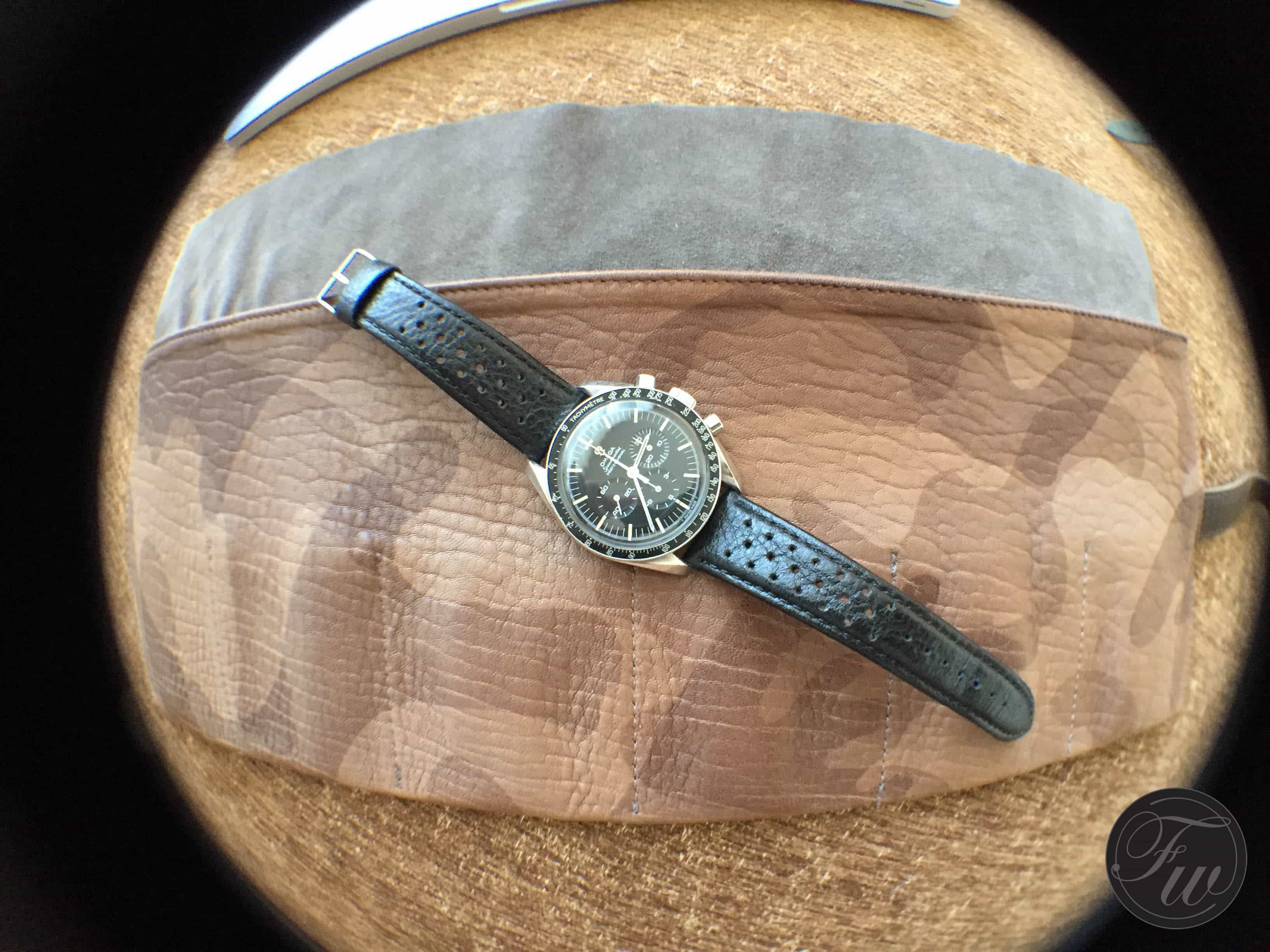 …and with the Fish Eye 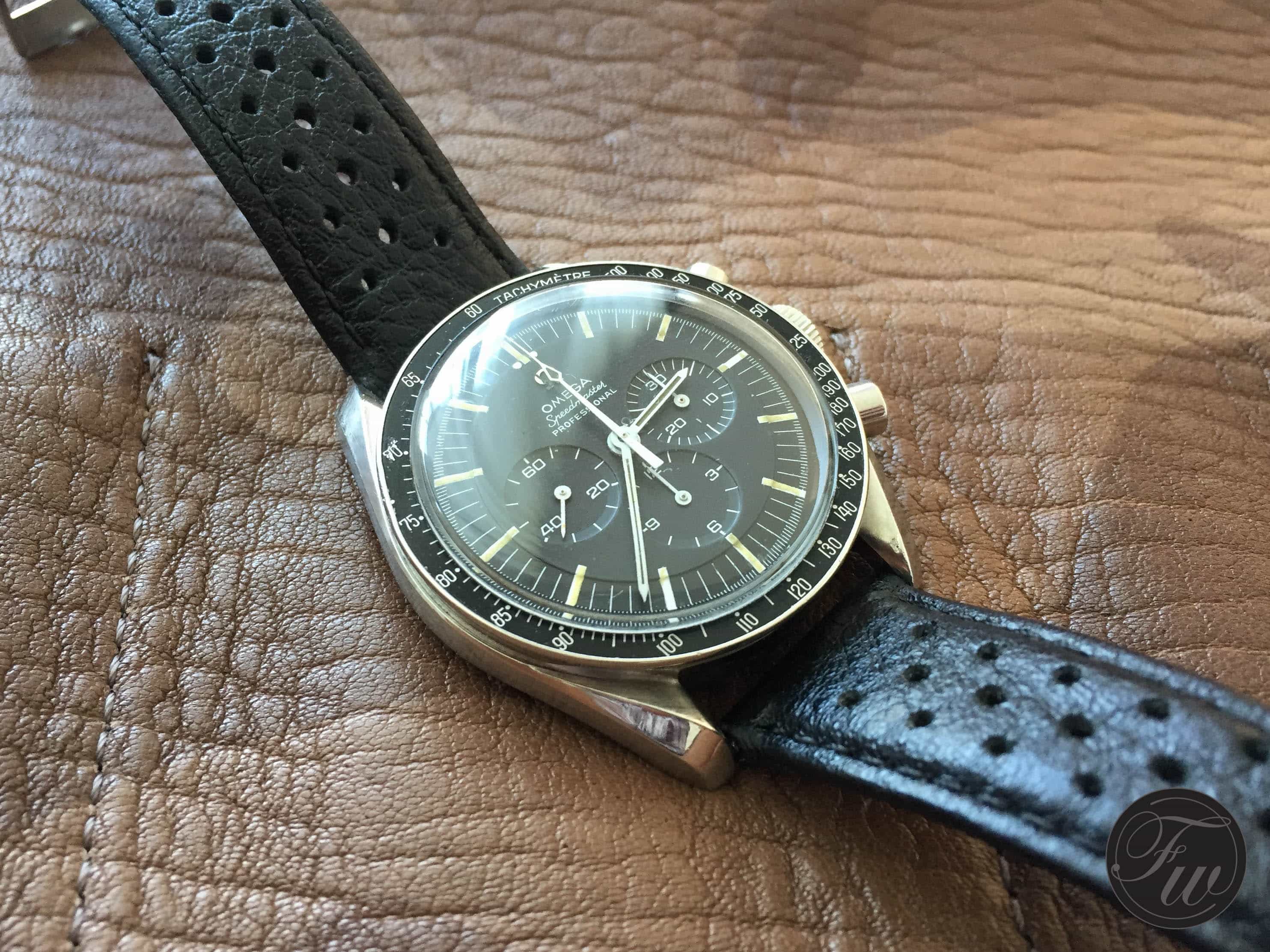 A shot without the CPL lens 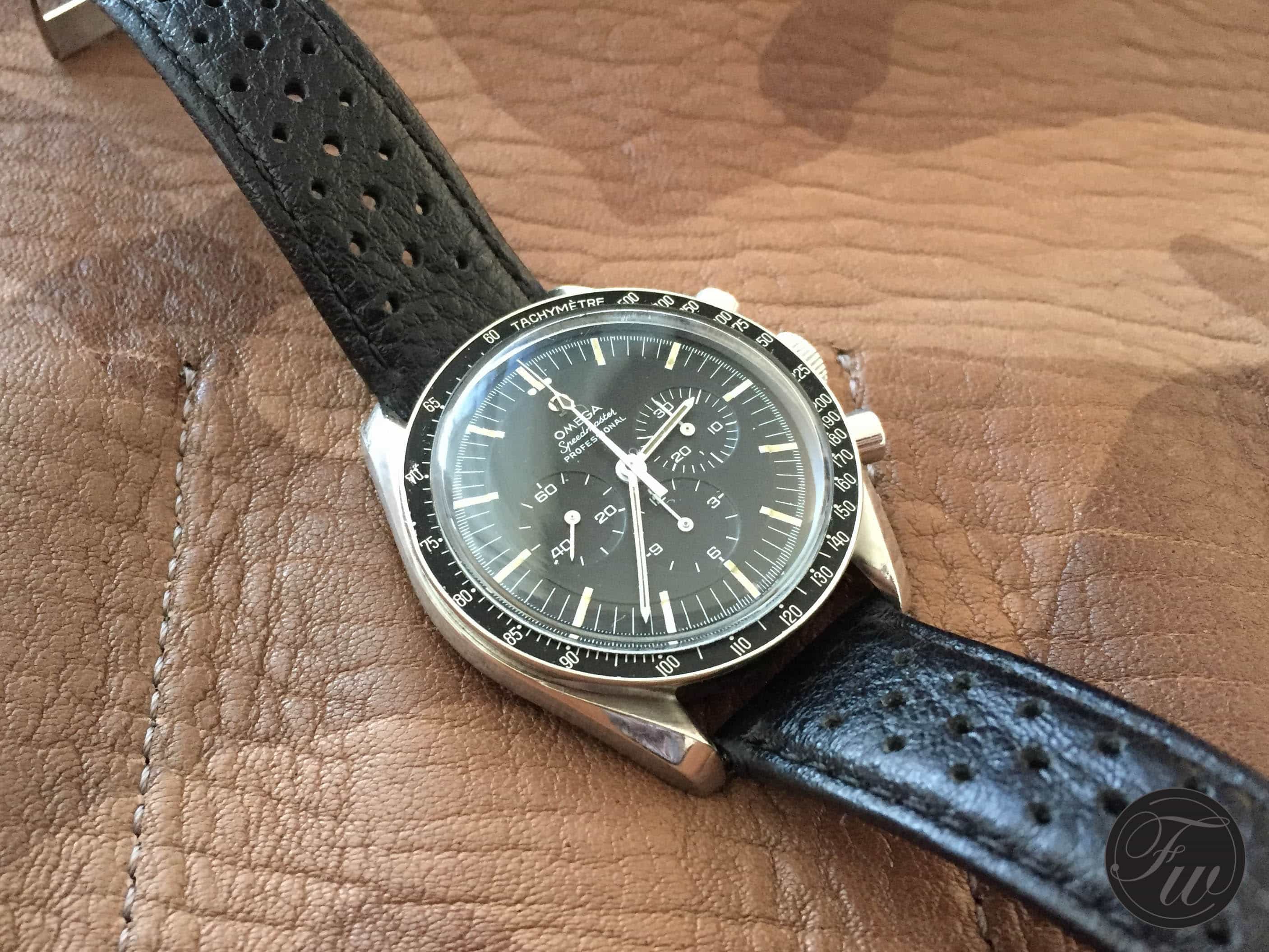 This time with the CPL lens

These are not the only accessories you can buy for the Ztylus phone case. From a rosewood hand grip to serious (as much as iPhone photography can be) photography lenses, the lost goes on and on. Now, I’m pretty sure there are number of similar gadgets around still Ztylus caught my attention. For one, it is pretty versatile. With all the added gadgets carried around it still takes up less space than a proper camera set. Then there is the price. The iPhone 6 case costs $45, the Revolver Kit $80 and the LED Ring Light $60. So under $200 (€180) you get the package I was writing about. I took the set with me to my recent holiday and quite liked the shots I did. Will take it to our upcoming gtg’s so feel free to come up to me and ask me to have a look at it. 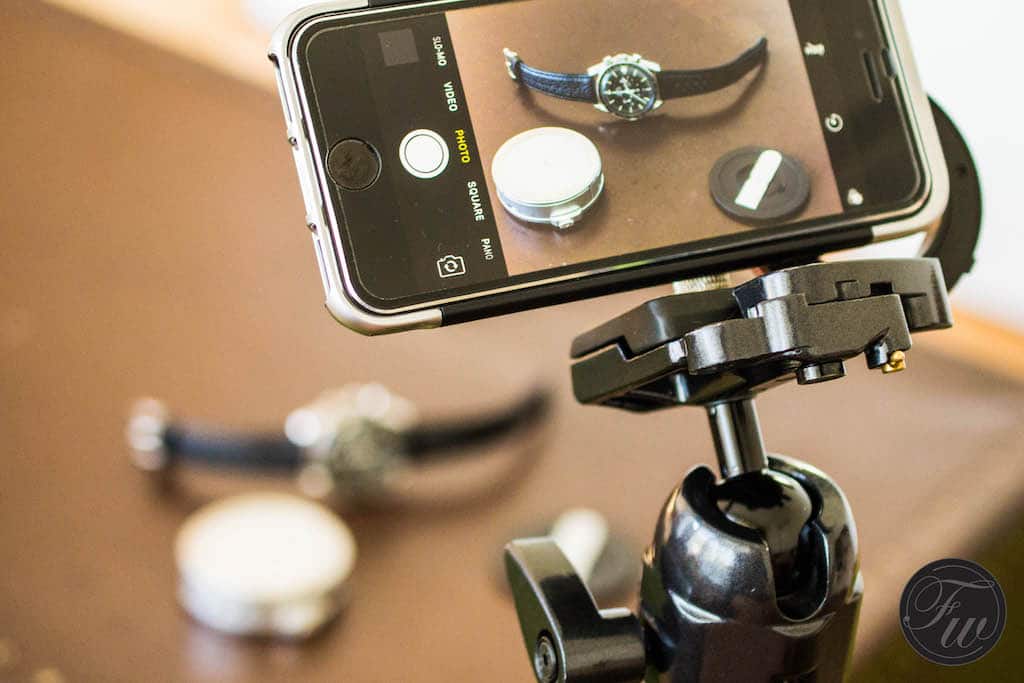 Hot Topics
Introducing: The Omega Speedmaster Super Racing With Spirate System
162 comments
Design Vs. Specs — Which Is More Important To You When Buying A Watch?
86 comments
The Time To Buy Is Now: How The Current Economic Climate Influences Watch Buying And How You Should React
51 comments
My Predictions For New Omega Speedmasters In 2023
48 comments
A Regret-Free Guide To Buying Your First Luxury Watch — Part Three: Higher-End Options From Omega, Rolex, Grand Seiko, And More
48 comments
Popular
Certina DS PH200M – Hands-On Review
Balazs Ferenczi
23
Hands-On With The Seiko Prospex Dawn Grey Series
Robert-Jan Broer
12
Seiko Tuna For The Rest of Us
Gerard Nijenbrinks
13