And even slimmer cases than before
Ben Hodges
comments 3
Share

The Lange 1 dial, with its iconic offset time and outsized date display, has become the symbol for the return of Glashütte watchmaking. For 2022, the Grand Lange 1 receives some elegant refinements for its 41mm case in either 18K pink or white gold. The manually wound movement has an impressive 72-hour power reserve and wonderful decoration viewable through a sapphire display case back. The case height is the real star of this new release from A. Lange & Söhne, with a reduction of 0.6mm to a thickness of 8.2mm.

In either metal, the gray dial represents a stoic calmness that is perhaps needed in this world. It signifies an expression of luxury without shouting you into submission. This stern attitude of the Grand Lange 1 can almost distract you from the unusual layout of the indications. The outsized date sits proudly in a double window off-center. Beneath the date is a lone hand, seemingly purposeless, which actually informs the wearer of the remaining power reserve. Best to avoid the red markers where time-keeping is compromised due to lower amplitude. 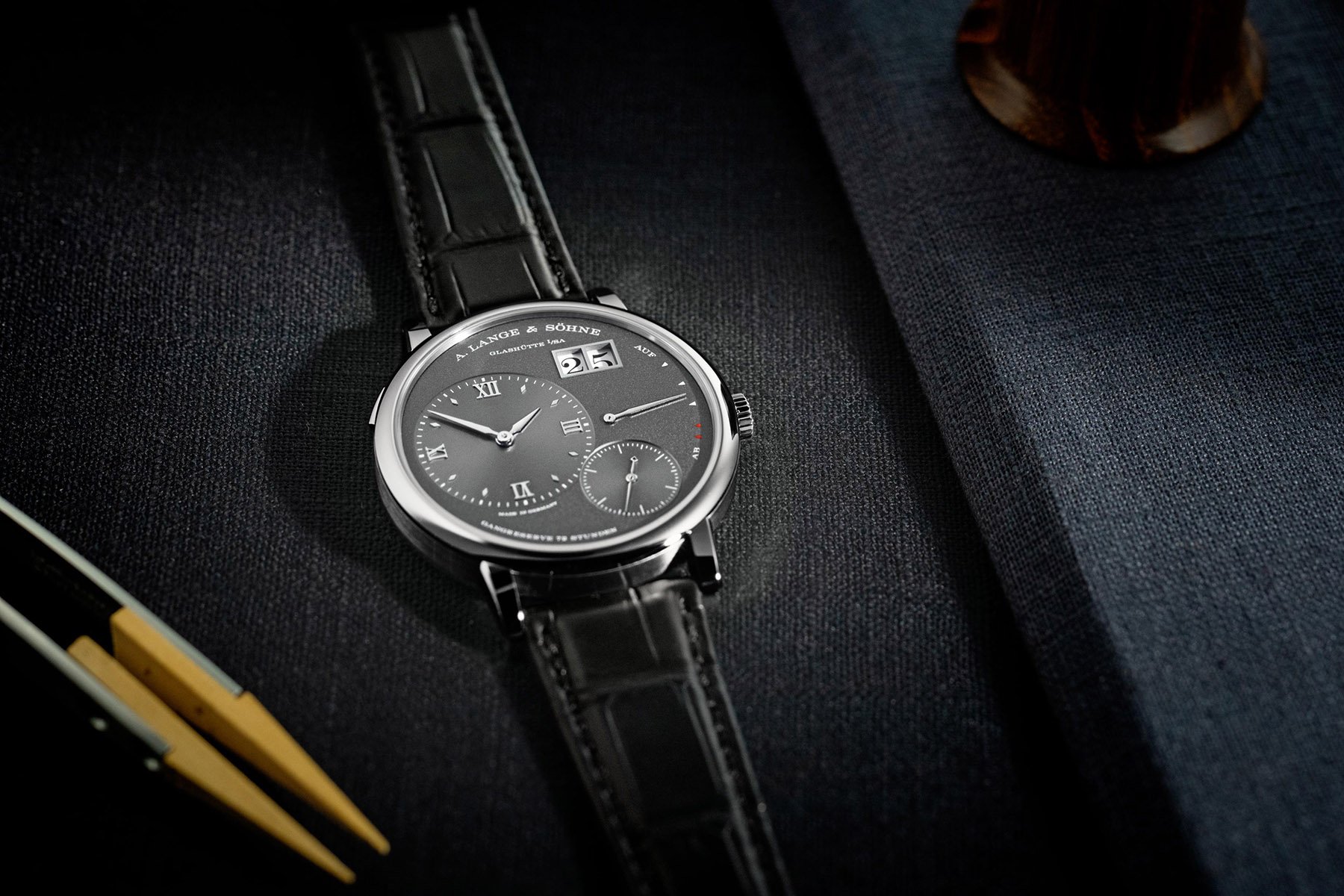 Following the path south, the subsidiary seconds dial takes a small bite out of the central hours and minutes dial. But somehow, this quirky appearance appears neutral. And, importantly, it is utterly beautiful. It’s not spoken about enough in watchmaking today, but designs must be attractive. Often, a style can run down a list of checkboxes to meet a client’s demands, resulting in unattractive outcomes. It’s unfair to the camel, but it’s a horse designed by a committee. Yet, the Grand Lange 1 takes no outside input or influence. A. Lange & Söhne judges its success on the confidence it exudes with its stylish and recognizable designs. As Ferrari would say, “Don’t ask them what they want; tell them what they want.” 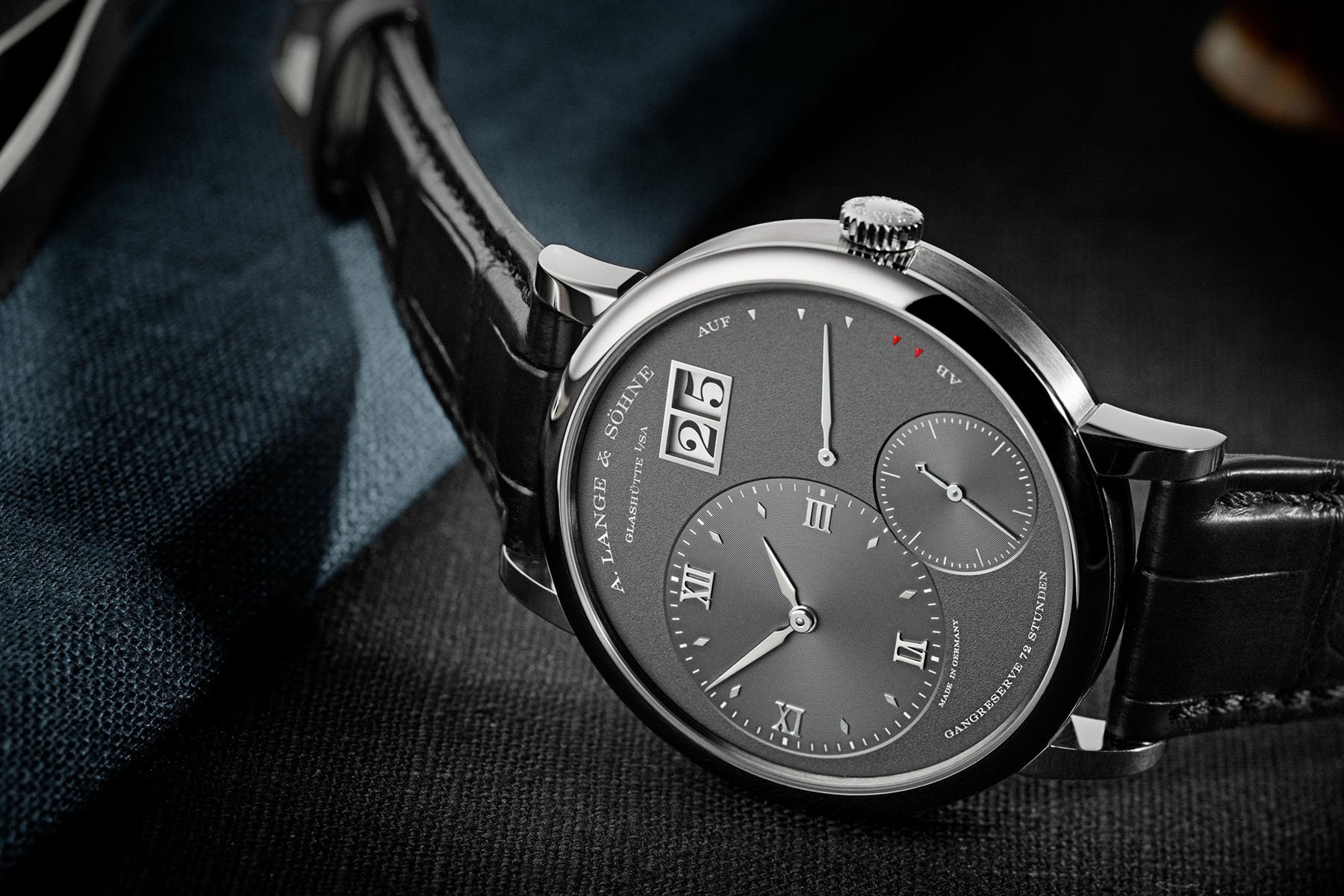 Reducing a case depth is not a matter of bringing out the planing tool to shave a little more off the back. You have to consider the caliber, L095.1 in this case, necessities, future serviceability, and the structural integrity of the entire watch head. Despite the intricacies of thinning the hands, reducing height only increases the elegance of a classic timepiece. The dial background has a granular texture, with concentric circles filling each sub-dial. The harmonic employment of finishes and layers adds depth and intrigue, drawing your eye to each function. 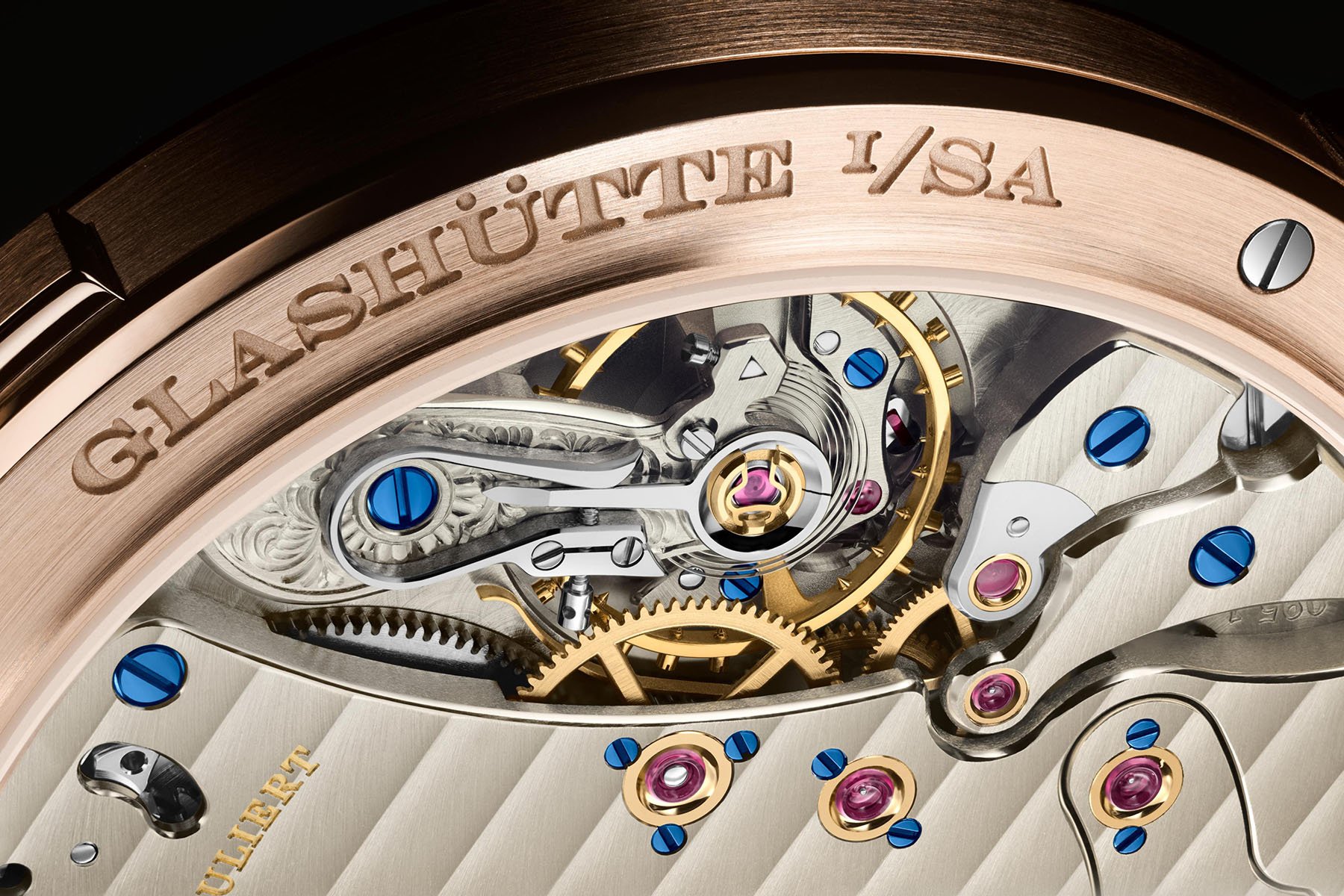 This new Grand Lange 1 represents A. Lange & Söhne’s passionate Glashütte roots and maintains its legacy. The gray dial in either the pink or white gold won’t excite the masses searching for awe. But it will appeal to those seeking a restrained and pinnacle timepiece to reflect their quiet assurance.

The A. Lange & Söhne Grand Lange 1 in white gold or pink gold is priced at €45,900 (may vary by region). In either variation, the watch will come on an alligator leather strap — black for the white gold and reddish-brown for the pink gold. Learn more about the Grand Lange 1 here.