Founded in La Chaux-de-Fonds in 1891, Angelus built a reputation during the 20th century as one of the most influential horological manufactures. The brand’s excellent in-house movements and vintage timepieces are coveted by collectors worldwide. My colleague Balazs is a big fan of the brand and owns a couple of vintage Angelus watches. Unfortunately, the brand was one of many that succumbed to the Quartz Crisis. After remaining dormant for over 30 years, Angelus was revived in 2015 by Swiss movement manufacturer La Joux-Perret. Since then, it has become the new sounding point for La Joux-Perret to display some of its most impressive mechanical marvels, including the model we see here today — the Angelus U30. 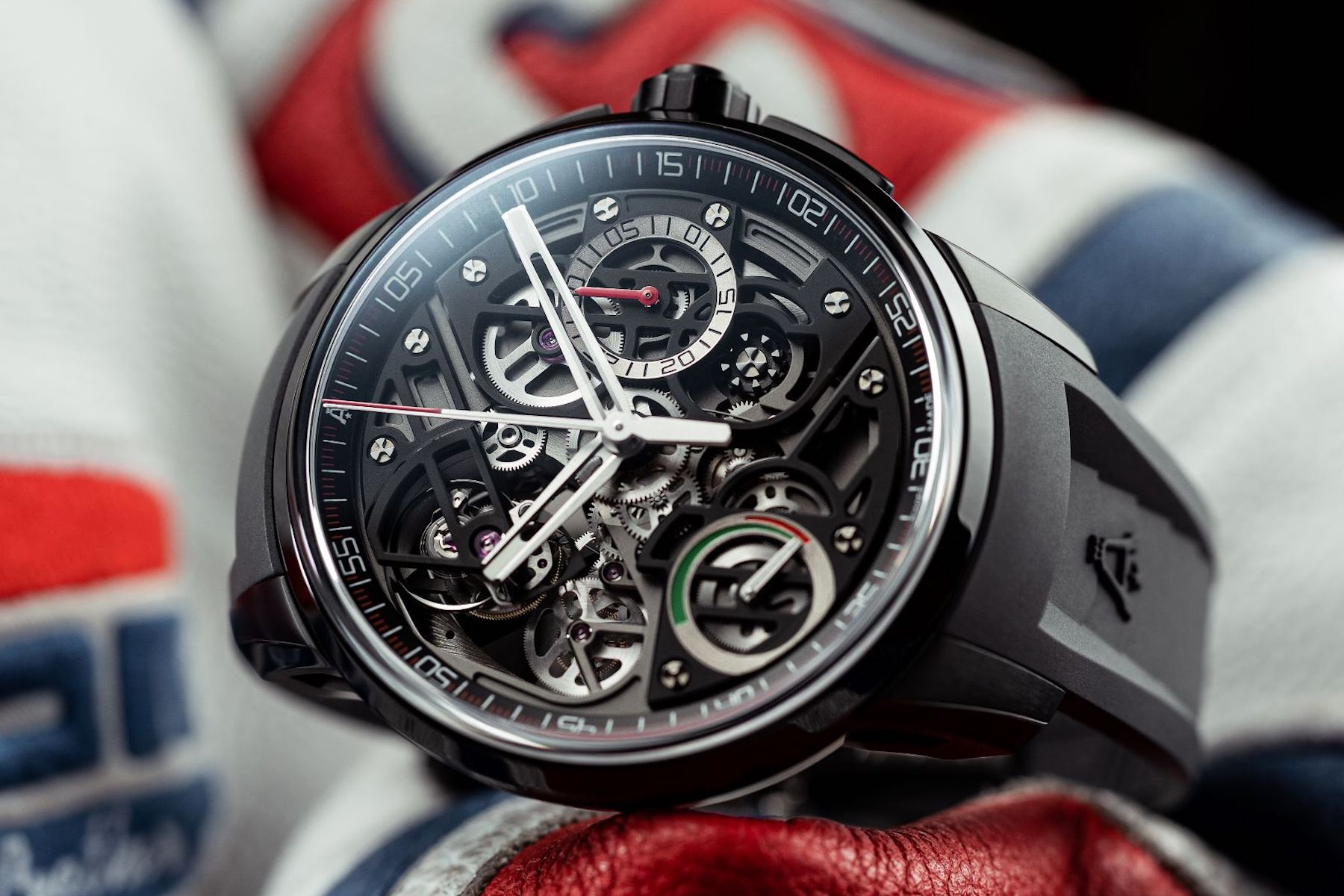 Before I wax lyrical about quite how impressive this watch is, especially given the price (I’ll get onto that), let’s get the elephant in the room out of the way first. This is a big boy watch. At 47mm diameter, it is not for the small-of-wrist, nor is the looming 15mm height. The DLC titanium case will help offset a little of the size and weight, but it’s still going to take up a lot of wrist real estate. That is inevitable. Black is slimming, and titanium is lightweight, but there’s only so much they can do. 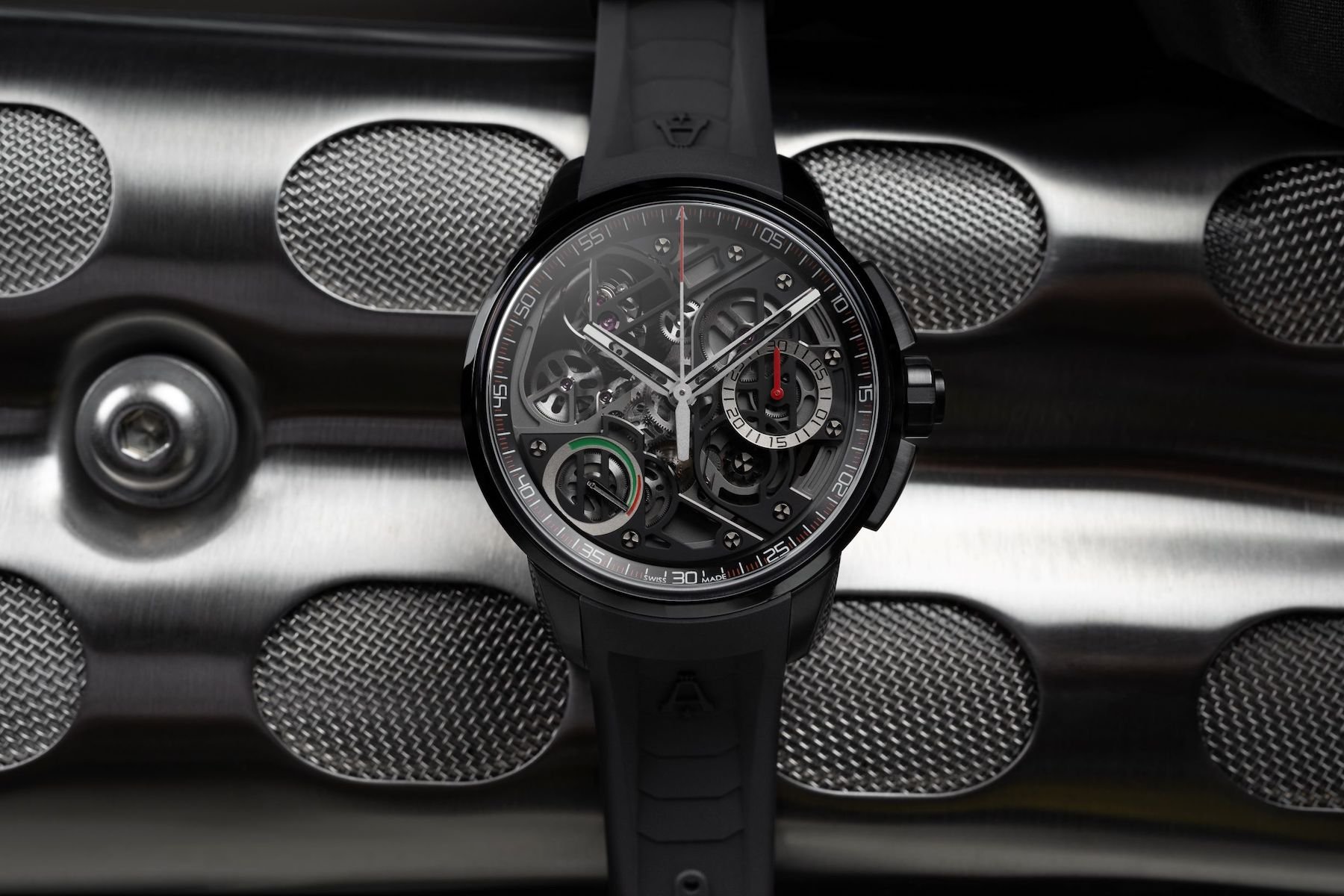 Once we get past the physical size, we can feast upon what is one of the most complex automatic skeletonized movements in the world. Angelus has not shied from the technical difficulties inherent in creating the U30; far from it. The brand has embraced the challenge of incorporating several complications that are pretty impressive when featuring individually. I can’t think of many tourbillon, flyback, and split-split-second chronograph movements with power reserve. Of those, how many could you buy for less than 67,000 CHF? I’ll leave to ponder that for a moment.

If we break down the features of the uber-impressive caliber A-150, we can see just how awesome it is. Where many chronograph movements feature a simple caliber with a module on top. Creating a skeletonized movement meant Angelus was unable to hide behind this approach. The self-winding A-150 caliber has been entirely developed, machined, decorated, assembled, adjusted, and fitted in the Angelus manufacture in La Chaux-de-Fonds. 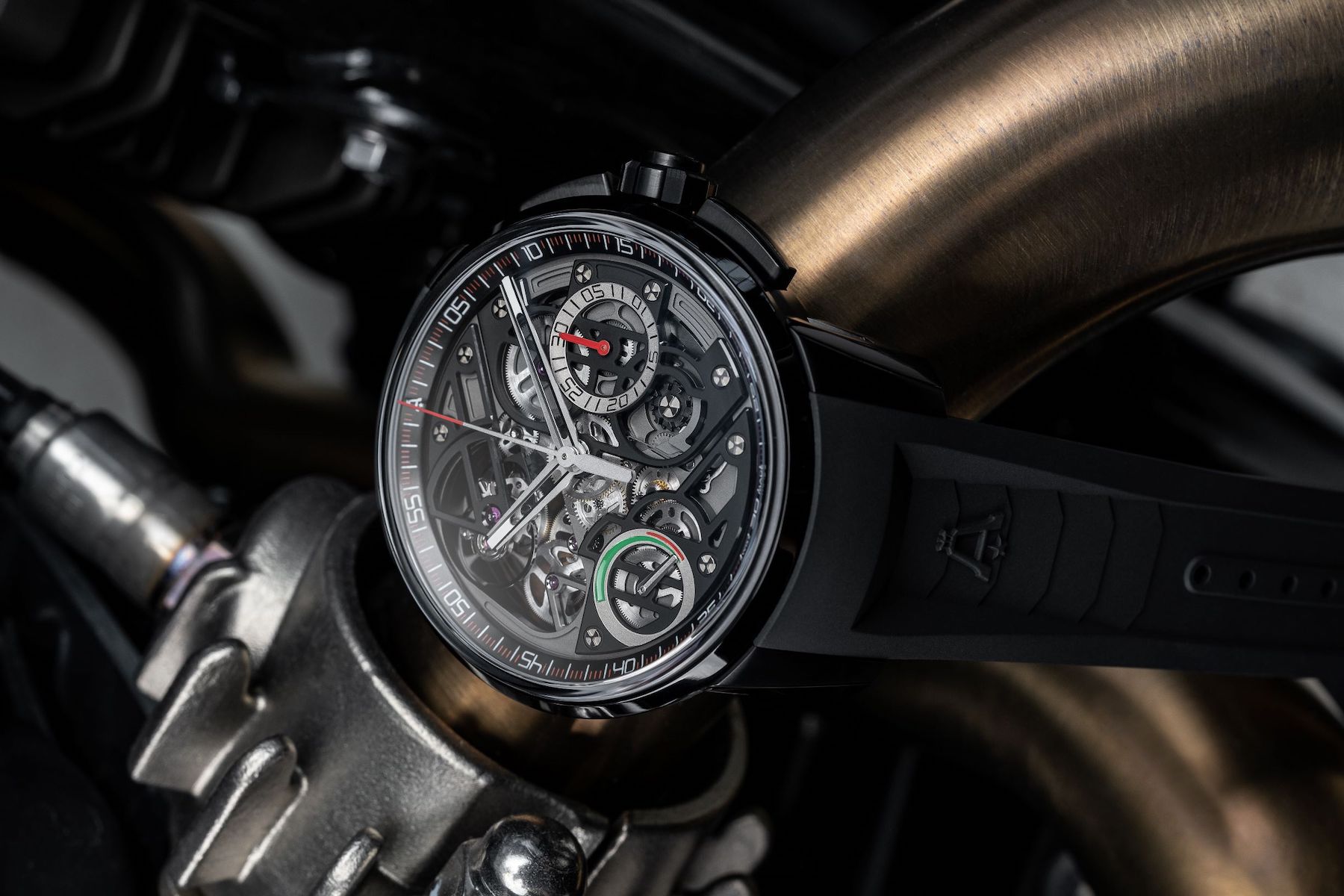 A tour of the open-worked dial begins with the skeletonized white central hour and minute hands. The high contrast black movement bridges ensure excellent legibility against the time hands. The 60-second tourbillon occupies the upper-left quadrant of the dial, peeking through the skeletonized bridges and movement at 10 o’clock. The power reserve indicator is visible at 8 o’clock, directly integrated onto the bridge. Rather than displaying hours, it indicates torque. The green section shows the ideal range, and the red highlights when the watch requires winding.

The Angelus U30’s caliber A-150 features two column wheels. The one responsible for the split-seconds function is visible on the dial side at 4 o’clock. The second column wheel controls the main chronograph and is visible from the case backside. As mentioned, the A-150 is a split-seconds flyback chronograph. The flyback function allows instant restarting of the chronograph with a single button push instead of the three required on standard chronographs. However, the flyback functionality is especially complicated to achieve when combined with the split-seconds complication. A flyback mechanism has two central chronograph hands to reset and restart, rather than the more traditional one. 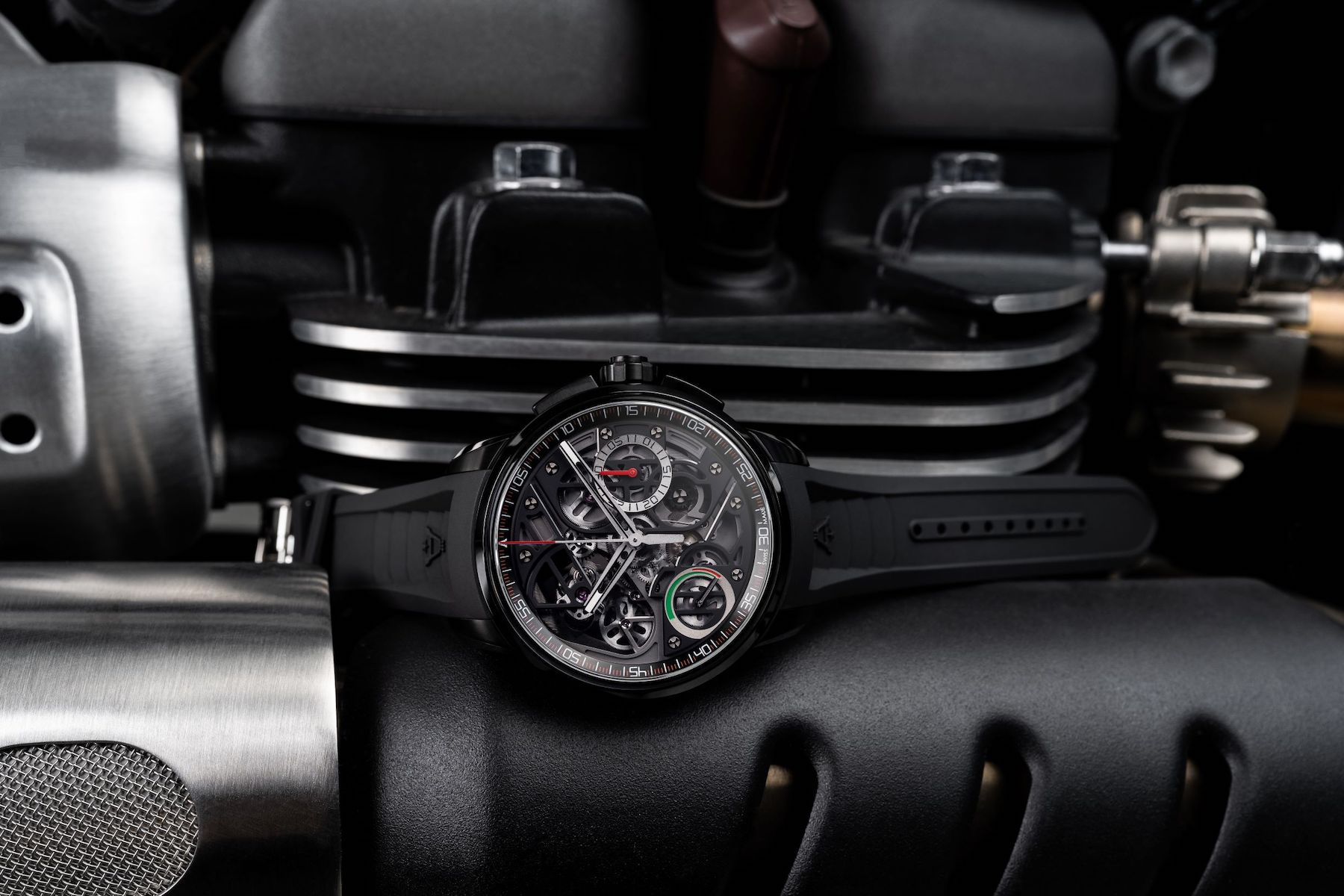 The Angelus U30 is limited to just 5 pieces and will cost you “just” CHF 66,700 before taxes. Given the level of watchmaking on display here, that’s a hell of a lot of watch for the cash. There are so few comparables in the market, but the likes of Richard Mille is the only brand that quickly comes to mind, and we all know those prices! If you can find a comparable watch for a lower retail price, let me know in the comments! I’m struggling.

I love the hyper-modern open-worked looks of Angelus’s modern watches, but the U30 really takes the biscuit. I do wish it was a more wrist-friendly size. Still, even though the price offers incredible value for money, I’m unfortunately in no danger of finding myself in the position to be dropping that much on a watch any time soon.

You can find more information on the U30 on the Angelus website.

Hot Topics
Introducing: The Omega Speedmaster Super Racing With Spirate System
162 comments
Design Vs. Specs — Which Is More Important To You When Buying A Watch?
86 comments
The Time To Buy Is Now: How The Current Economic Climate Influences Watch Buying And How You Should React
51 comments
My Predictions For New Omega Speedmasters In 2023
48 comments
A Regret-Free Guide To Buying Your First Luxury Watch — Part Three: Higher-End Options From Omega, Rolex, Grand Seiko, And More
48 comments
Popular
Hands-On With the Seiko Prospex SRPC91K1 – Save The Ocean
Robert-Jan Broer
15
An Overview: The Tissot Chemin des Tourelles Watches
Fratello
Seiko Tuna For The Rest of Us
Gerard Nijenbrinks
13