The Best of Baselworld 2019 From The Independent Watchmakers

This year’s Baselworld was different in many ways but has been particularly memorable for me. It was definitely a Baselworld edition with a strong focus on the independent watchmakers.

Not only at Les Ateliers (part of the Baselworld venue), but also the brands exhibiting at the Hyperion Hotel – a looming tower of interest – is overflowing with all types and levels of independents. The mad dash to visit every brand that piqued our interest in the run-up to the fair is akin to a high-octane episode of X Games.

So which models really stood out this year? Which brands smashed it out of the park? Let’s take a look at our Top 5 and why they made it on to the list:

Simple reference numbers can never express the character of sheer joie de vie of a new release. The Patek Philippe 5168G should always be referred to as the ‘Khaki Jumbo’. Green has been gaining ground as a more mainstream colour in watchmaking circles for the past couple of years, and here we see the big dogs of Geneva take that idea to heart. Not only is the dial an unabashed military green, so too is the rubber strap (which is the same style as the bright orange variant released on last year’s flyback). The white gold jumbo Aquanaut case is the perfect canvas for this luxury sports watch. An eye-catching yet muted palette makes this one of the standout, and, weirdly, most wearable pieces of the show. Full marks to Patek for taking risks and reaping the rewards.

There are some brands that seem to do everything right. For the last couple of years, the horological brothers from the Netherlands have upped their game to an insanely impressive level. While the technological prowess of these makers and their pieces have never been called into question, there are several aesthetic elements that have gone through subtle tweaks over the past few releases to reach a point now where they seem to be perfect representations of an original, and ambitious, vision.

Their frosted dials, often in warm, neutral colours like sand or salmon, are fast becoming an iconic twist for the brand. With timekeeping information picked out in silver toned detailing, and the time itself indicated by gloriously crafted and blued hands, these watches demand attention. And given the way the brothers – Tim and Bart – have managed to give the illusion of a traditionally formed case despite its subtle avant-gardism, in order for it to appeal more naturally to a wider audience, is truly a masterstroke. In fact, the most obvious thing Grönefeld does to the exterior of their watches is to use to a conical crown, which is a quirk that not only looks awesome but improves wearability. The newly unveiled 1941 Remontoire is one of the standout pieces of 2019 already and looks to become a cornerstone of the brand’s offering. 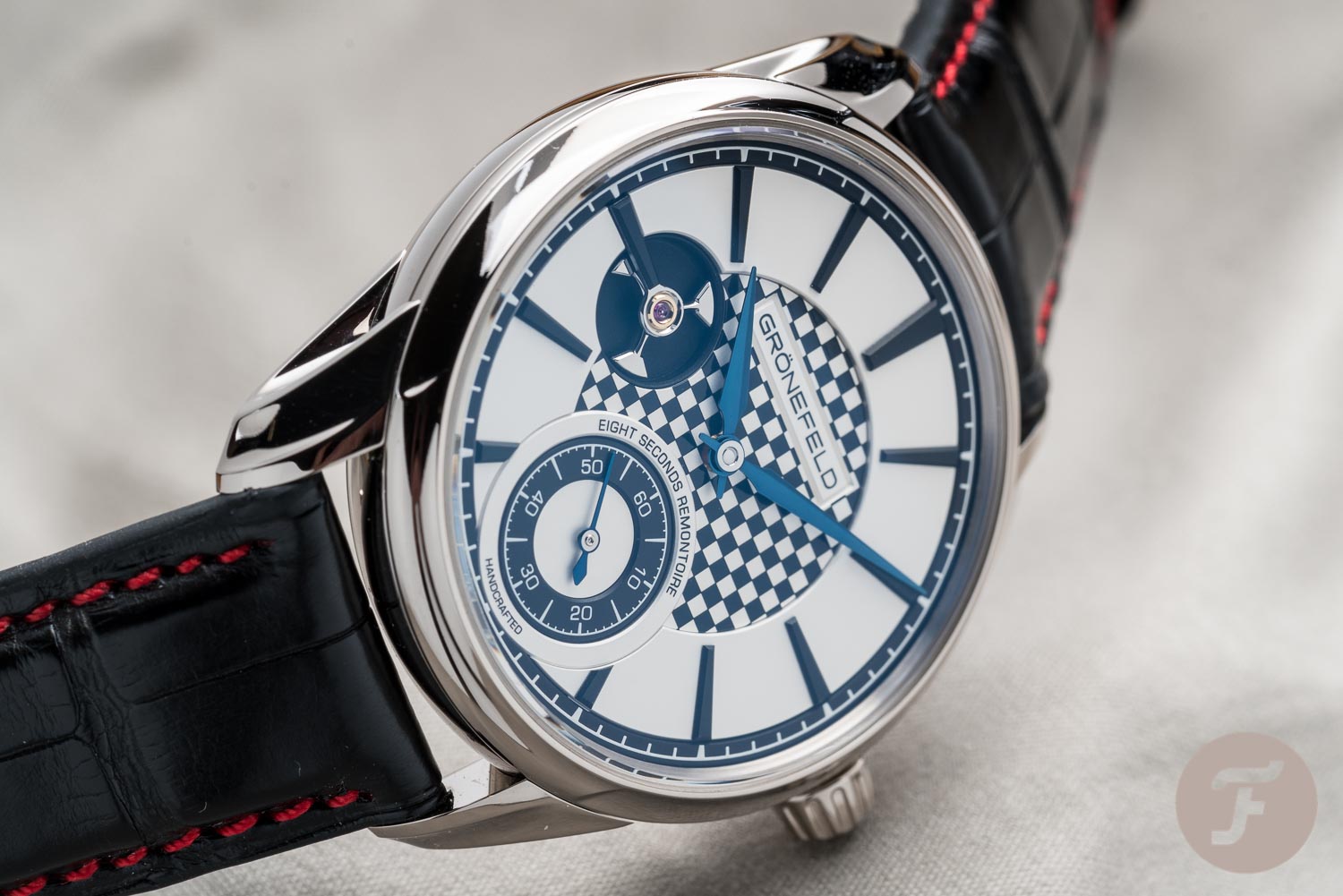 The public’s favourite never fails to impress when the chips are down. The collection of 4 salmon-dial variants may have caught the trend. We are equally drawn to a new edition of the well-established chronograph line, the Faubourg de Cracovie, the ‘Tao’ variant boasts a panda-dial configuration that is beguiling on first glance, but a barnstorming technical achievement on closer inspection. The white portion of this dial is actually enamelled. The black sub-dials, which give this configuration its ursine nickname, are seamlessly welded in place to give depth and contrast rarely seen on the dial of what is, essential, a ‘sports’ watch. Never a fan of the chronograph line in general, this is the piece that converted me and added the Faubourg de Cracovie Tao to my wish list along with the classic Quai de Bergues model.

Given its proximity to Switzerland, there are surprisingly few watchmakers in Austria. When you think about the country’s reputation for art, culture, and architecture, and the general beauty of Vienna, that’s a real shame. It would seem logical that a country capable of creating such a wonderful capital could surely turn their attention towards the involving industry of watches.

The Carl Suchy Waltz (we covered them here in-depth) is the central piece from the revived Austrian brand, whose name stretches back further than any other within the country’s borders. Alongside relative newcomer Habring2 (an equally impressive husband and wife team), Carl Suchy & Söhne is leading this brand from the Austrian past into the future. One of our favourite offerings from Baselworld, thanks in large part to the unassumingly versatility of the watches. 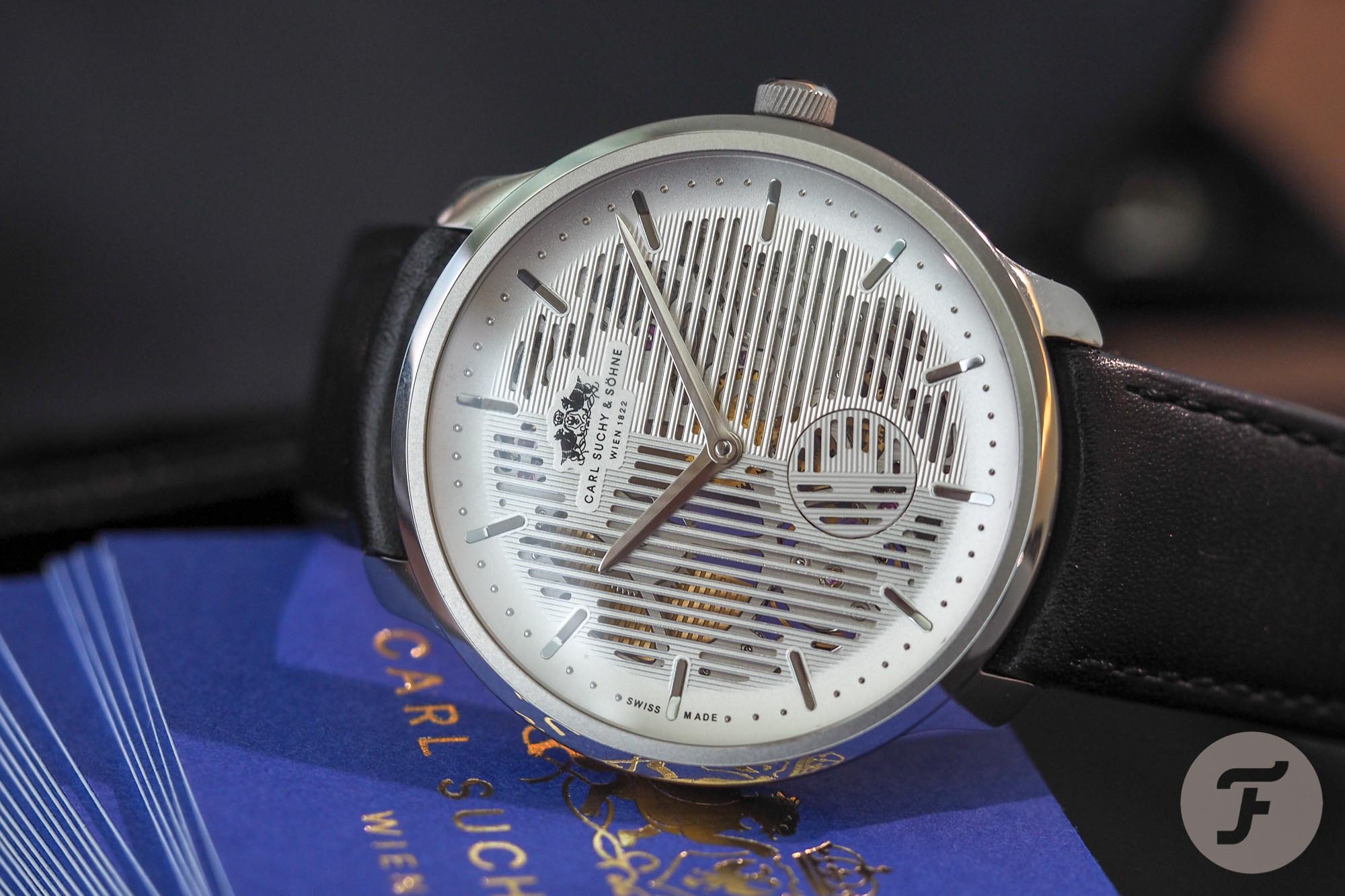 It’s always tough to pick just one watch to be the top piece of the fair (especially when Konstantin Chaykin keeps releasing ever-cooler iterations of his Joker watch concept), but if I was pressed to do just that, the Chronomètrie Ferdinand Berthoud 1L.1 would be the one for me (notice I specified the 1L.1 as opposed to the 1L.4 – the latter is the blacked-out version of the standard model).

‘Standard’ model seems like a wholly inappropriate way to describe what must be one of the most fascinating pieces I’ve ever seen. With a case back to die for (proudly displaying a tourbillon and a constant force mechanism that most brands wouldn’t be able to resist sticking on the front of the dial) and a case shape that will get you noticed for all the right reasons, the Chronomètrie Ferdinand Berthoud 1L. really pushes technical and aesthetic boundaries. And all that is said before we get to the fact that this watch tracks not just the phase of the moon, but also its age… 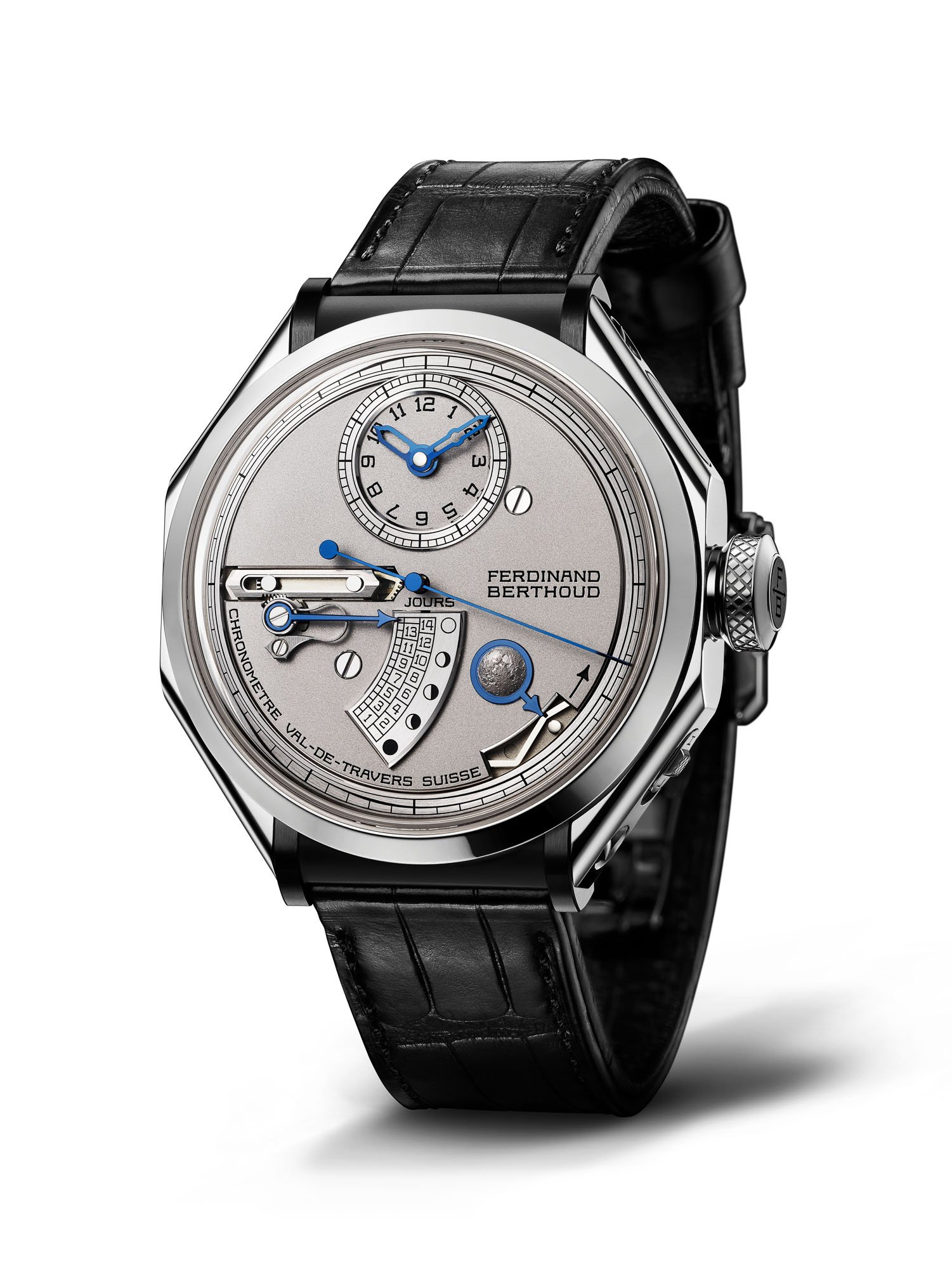 The things you never knew you wanted to know, eh? You’re welcome.