Blancpain has donated to different ocean preserving projects for years and years already. Since 2014 however, Blancpain officially committed themselves to protect the world’s oceans. This resulted in the ‘Blancpain Ocean Commitment‘. 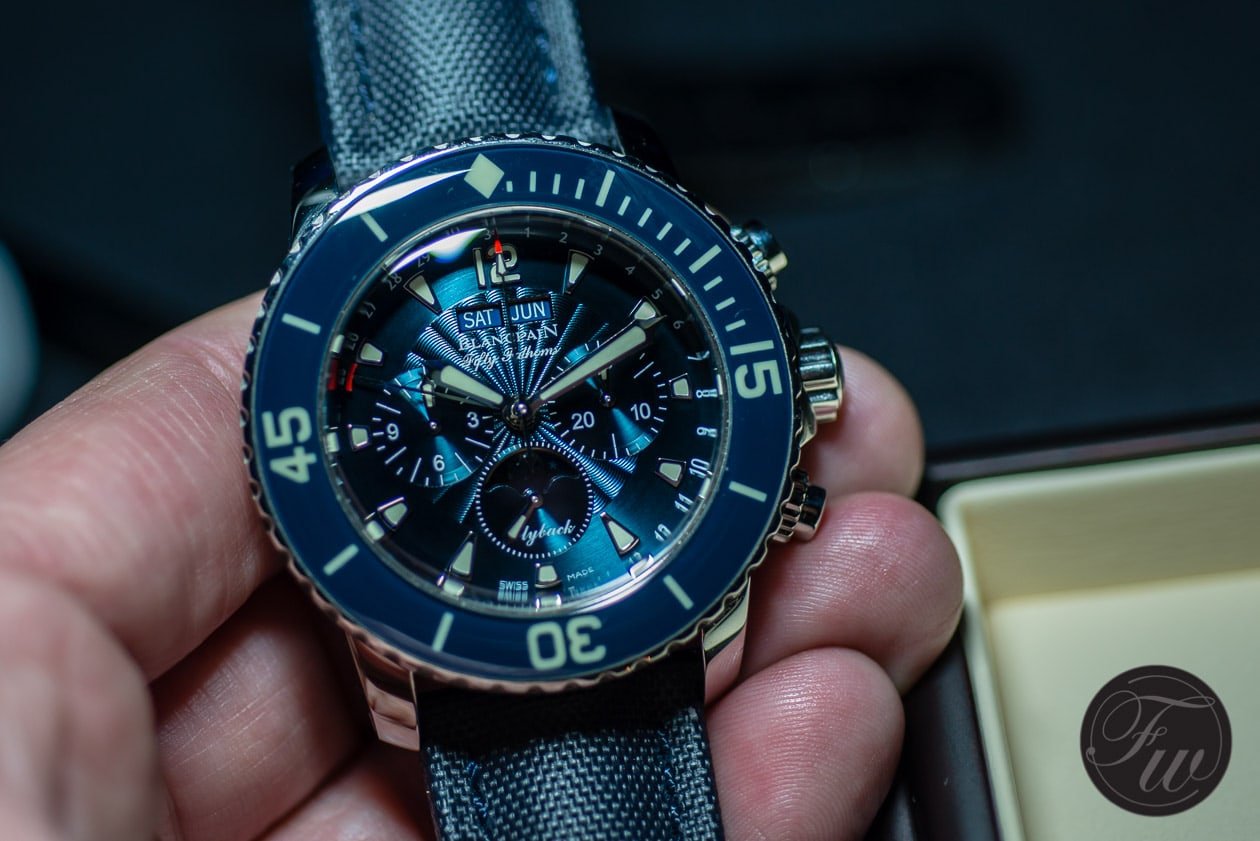 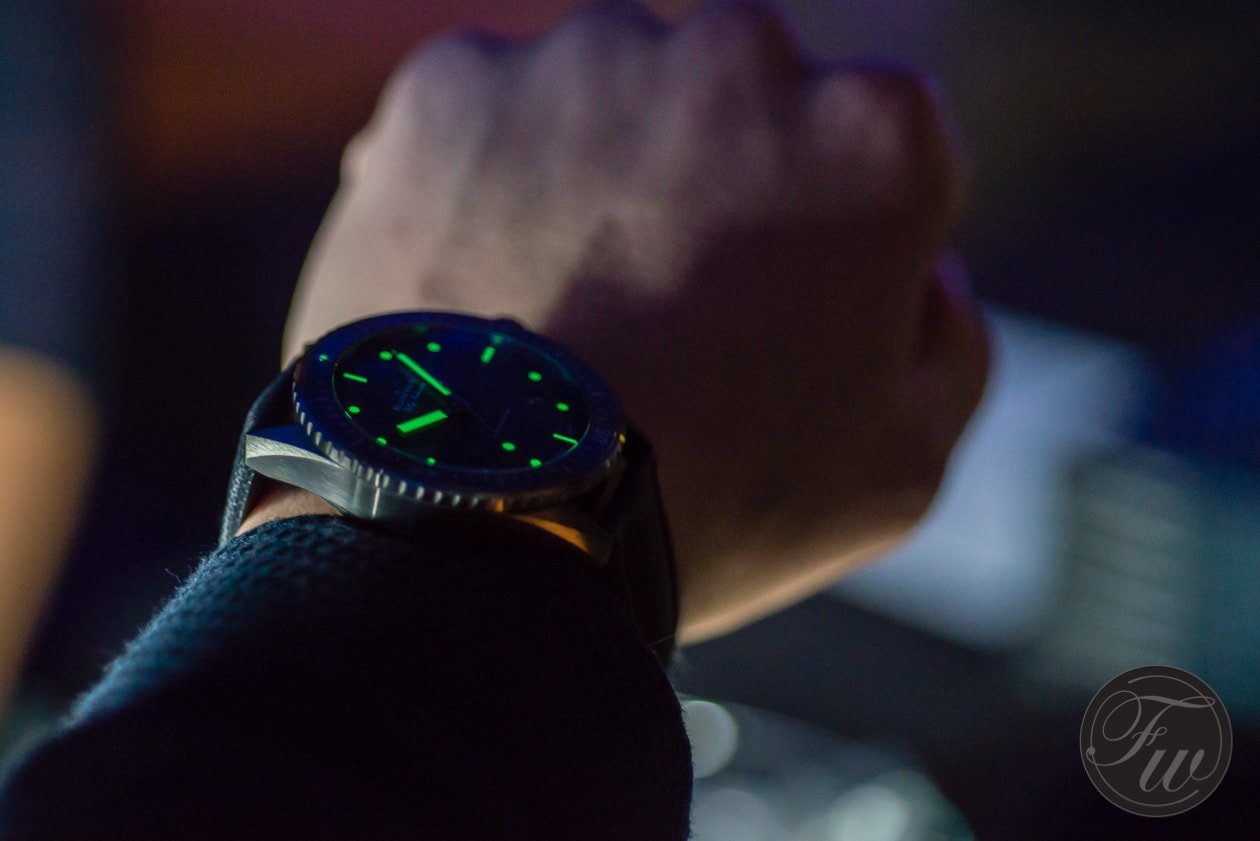 Blancpain intends to increase public awareness through funding of ocean exploration, and through related events. In view of the latter, Fratello Watches was invited to Blanpain’s ‘Night at the Museum’. Held at the impressive 19th century Natural History Museum in London. 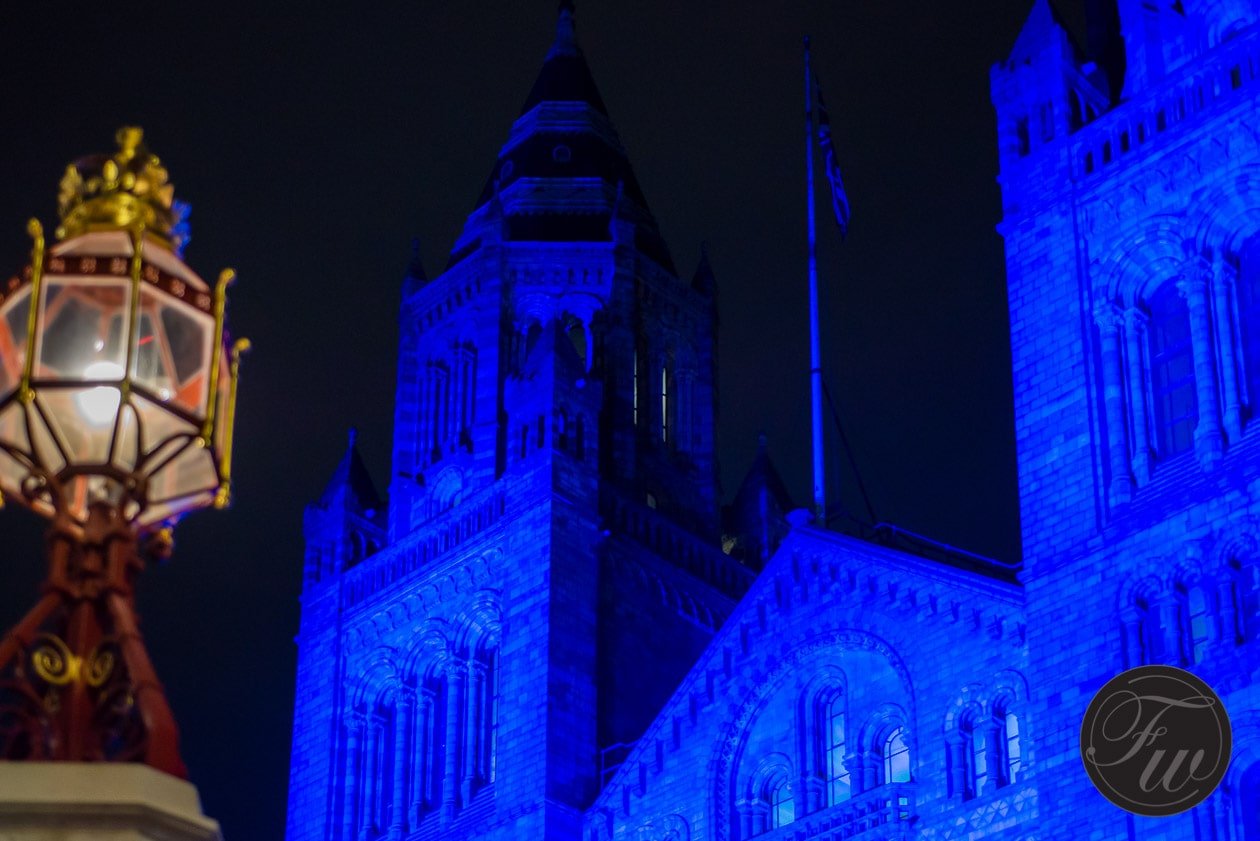 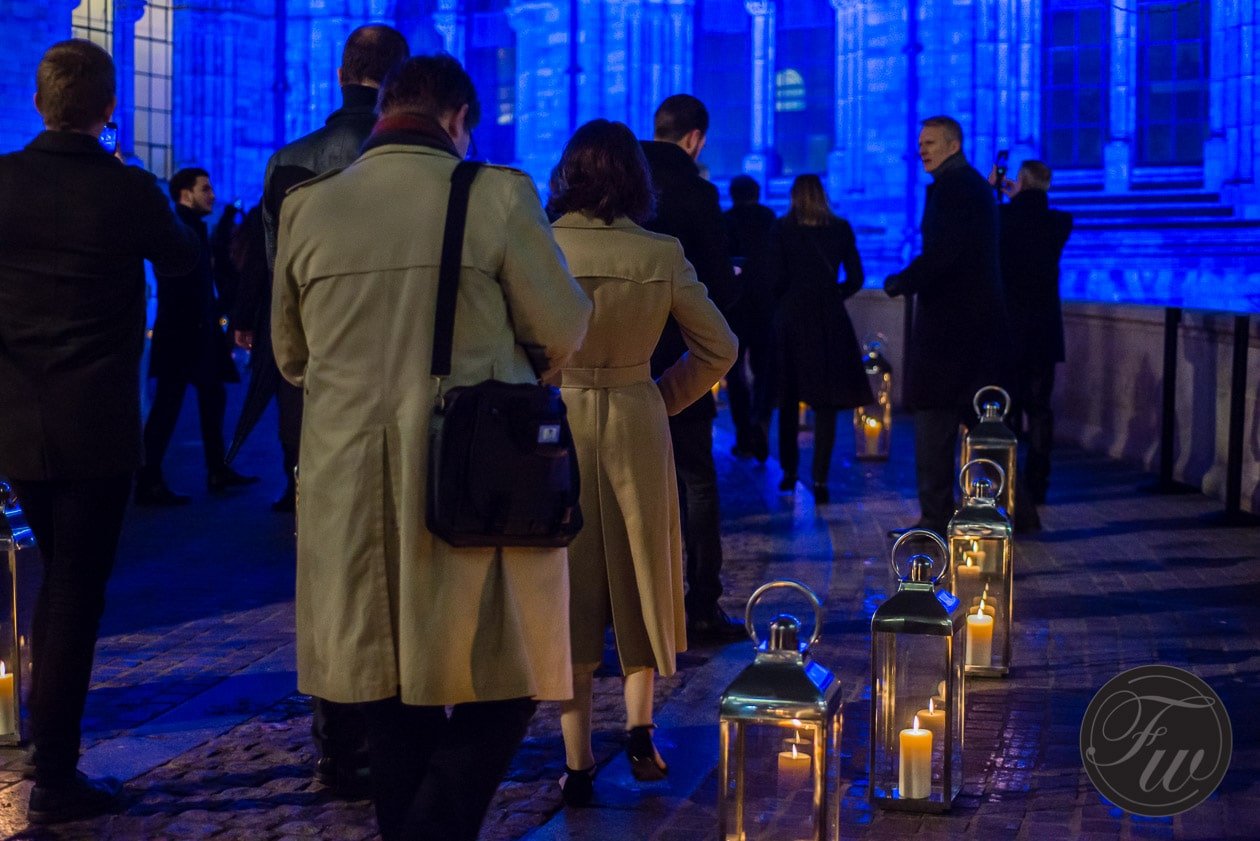 The inauguration of the ‘Blancpain Ocean Commitment’ in 2014 was backed up by the release of the Blancpain Ocean Commitment Bathyscaph Chronographe Flyback. Meanwhile, the second edition of this watch was already presented. The Blancpain Fifty Fathoms Bathyscaphe Flyback Chronograph II (BOC II) on which we did an article here. From the sale of every watch, Blancpain commits to donate € 1.000,= to various ocean preserving initiatives. 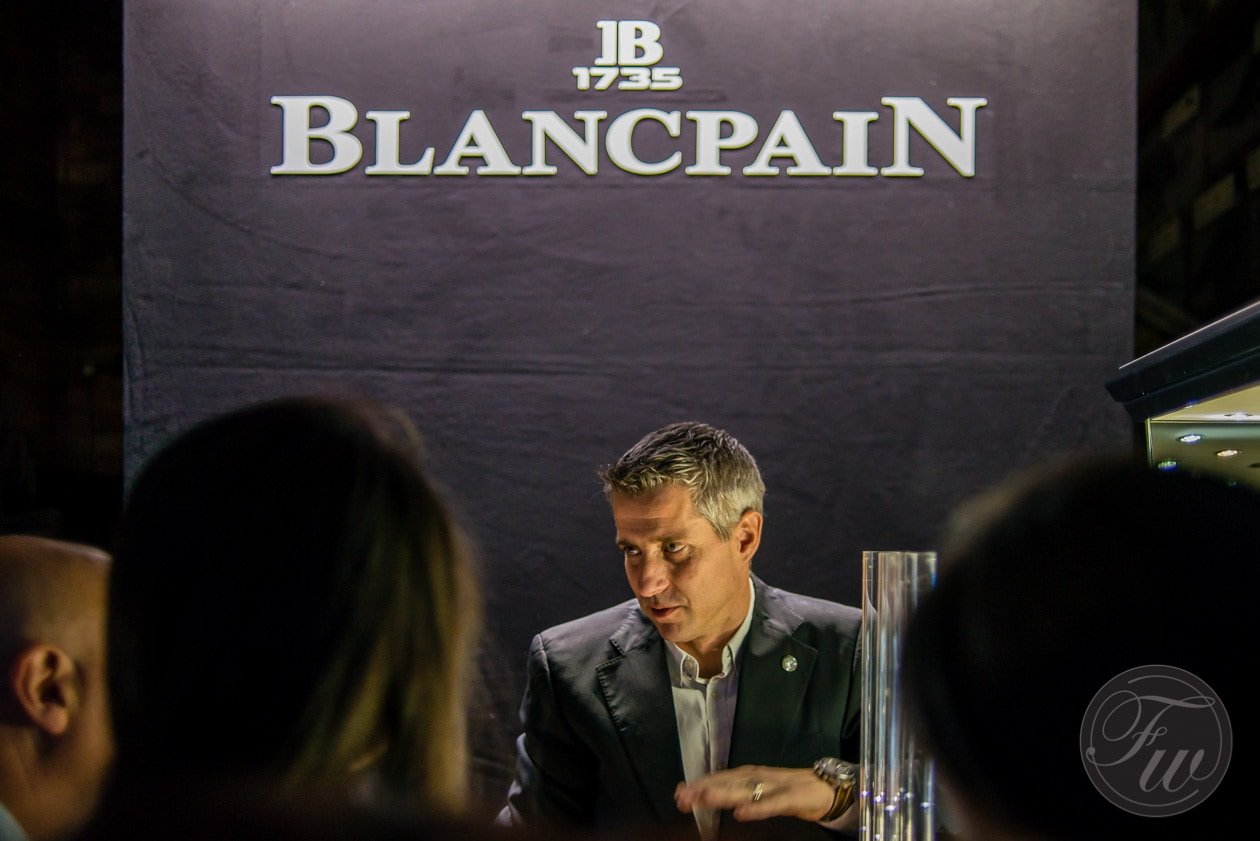 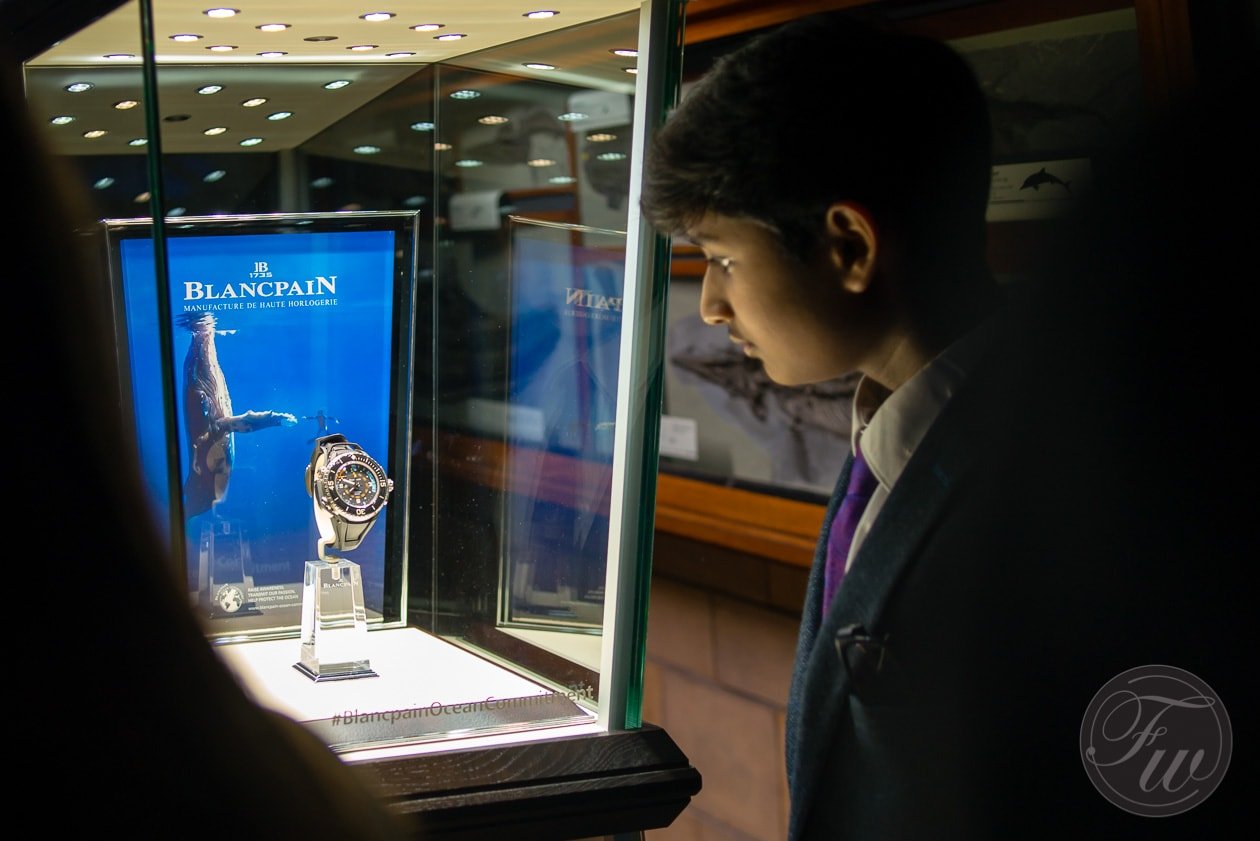 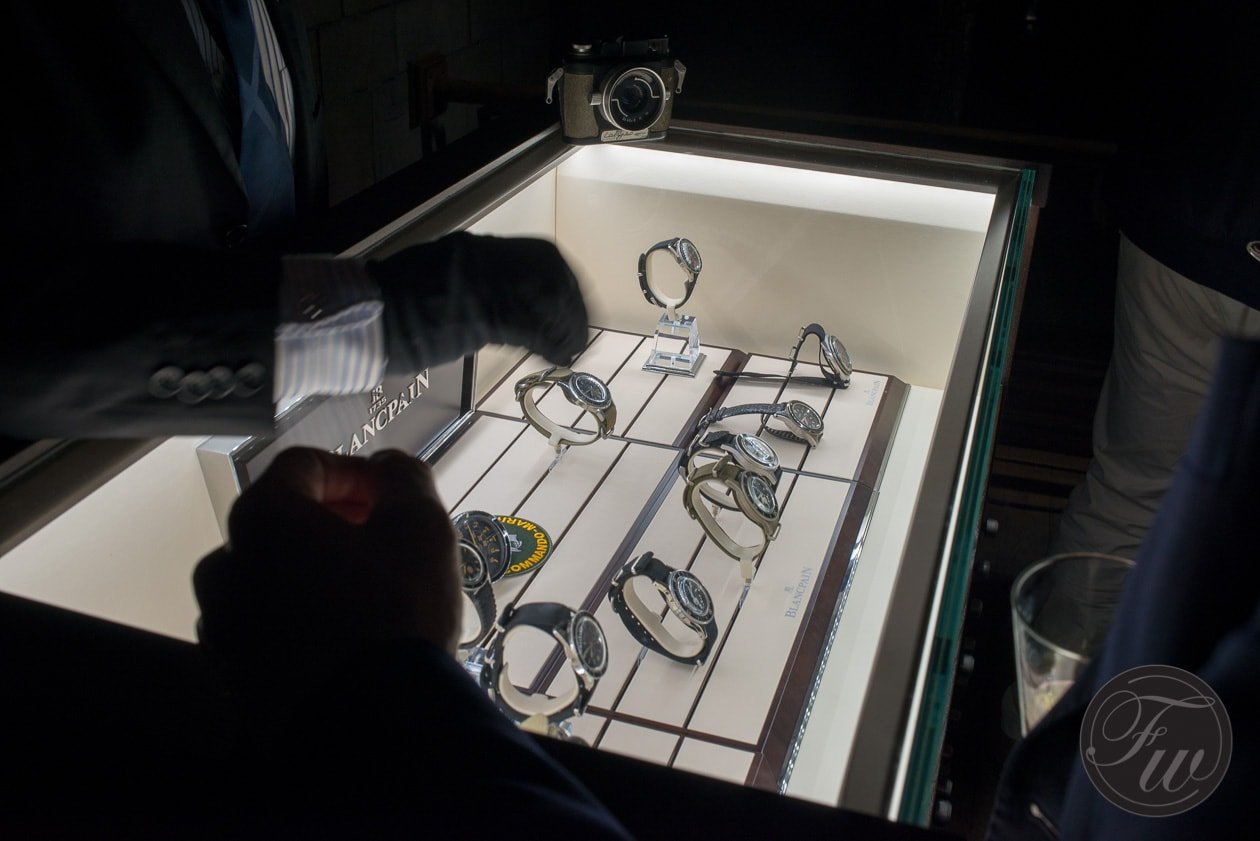 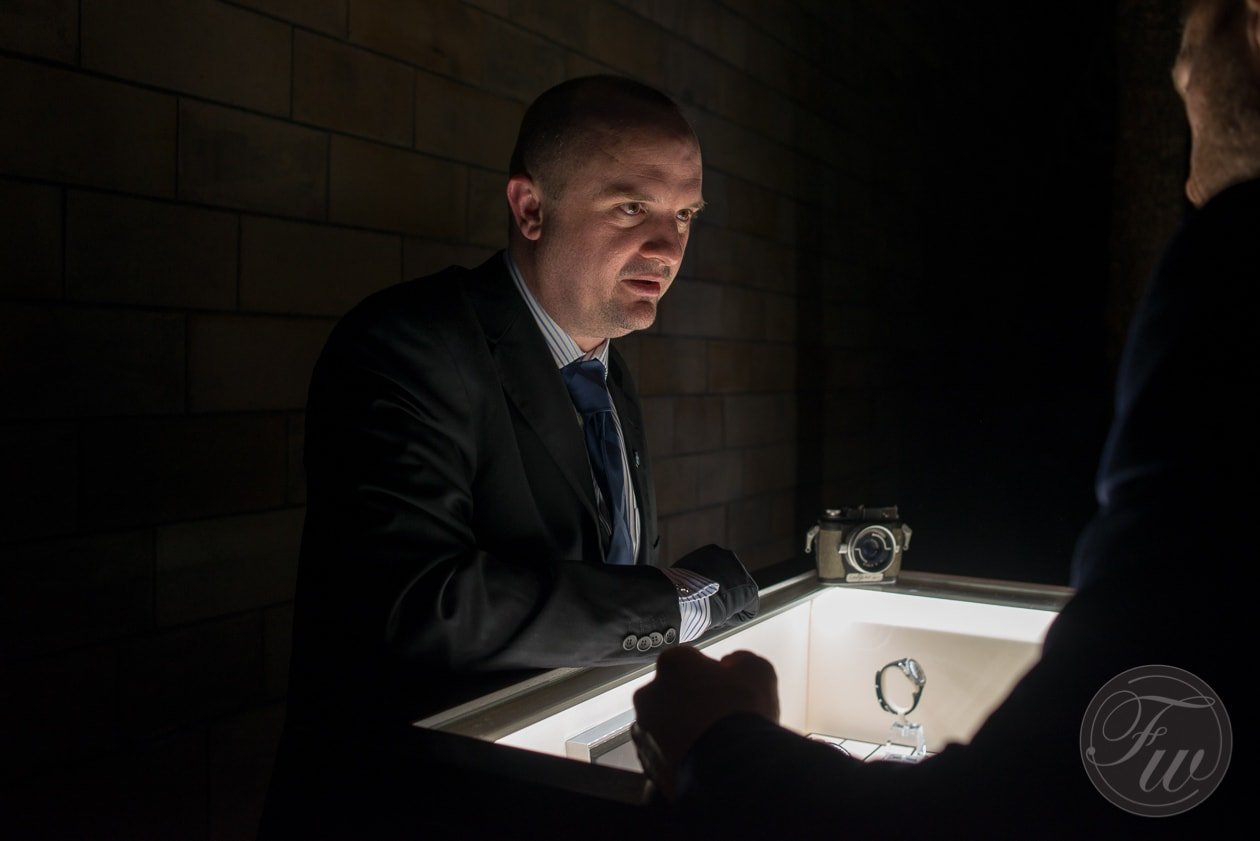 One of these initiatives was the research by Laurent Ballesta of the Grouper Mystery. The Grouper Mystery takes place once a year, during a full moon, in the southern pass of the atoll of Fakarava, French Polynesia. The heart of the mission was to capture a unique aggregation of marbled groupers and illustrate how their spawnings play a key role in the balance of the lagoon’s ecosystem. 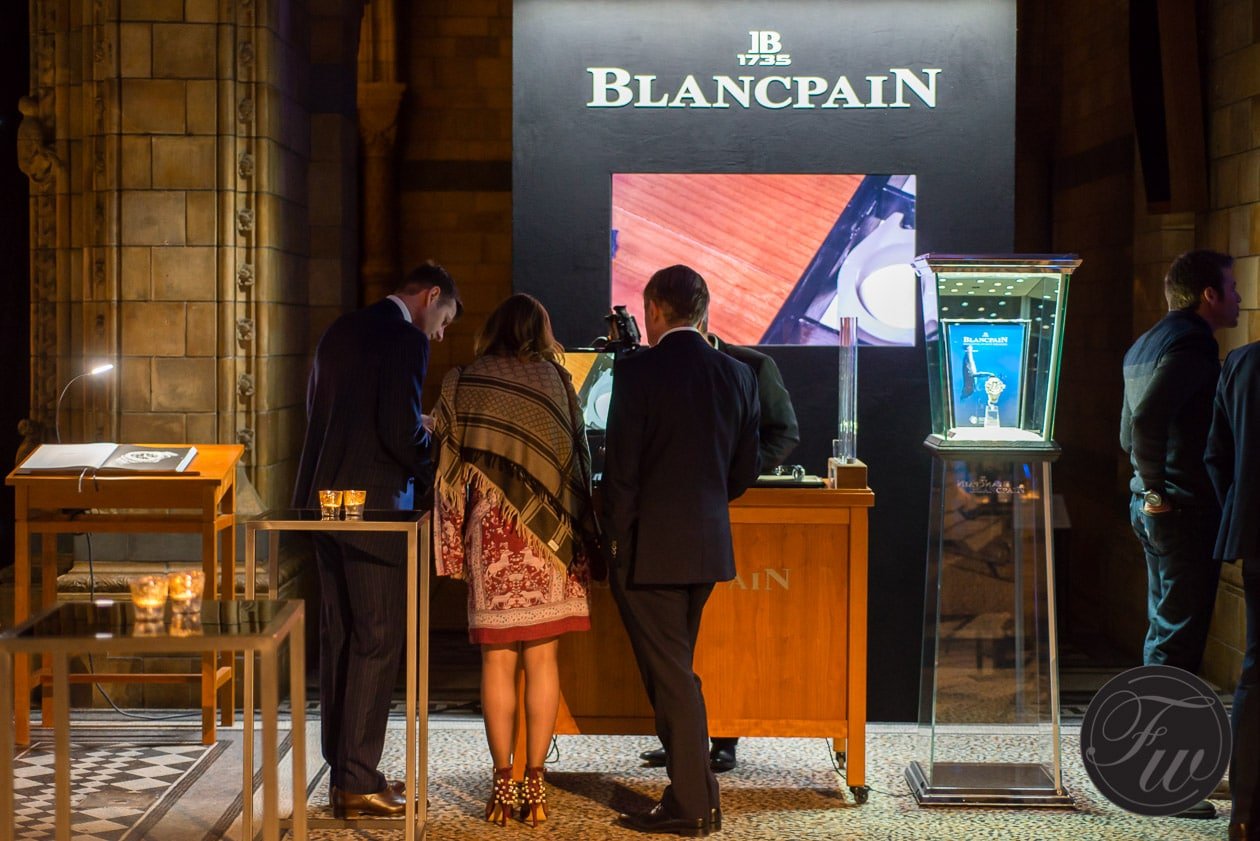 Night at the Museum event

The London ‘Night at the Museum’ event was set off with a cocktail and the possibility to learn about Blancpain’s forerunner role in the development of professional dive watches. A fine collection of original vintage models, which included the first Blancpain Fifty Fathoms, was available on show. 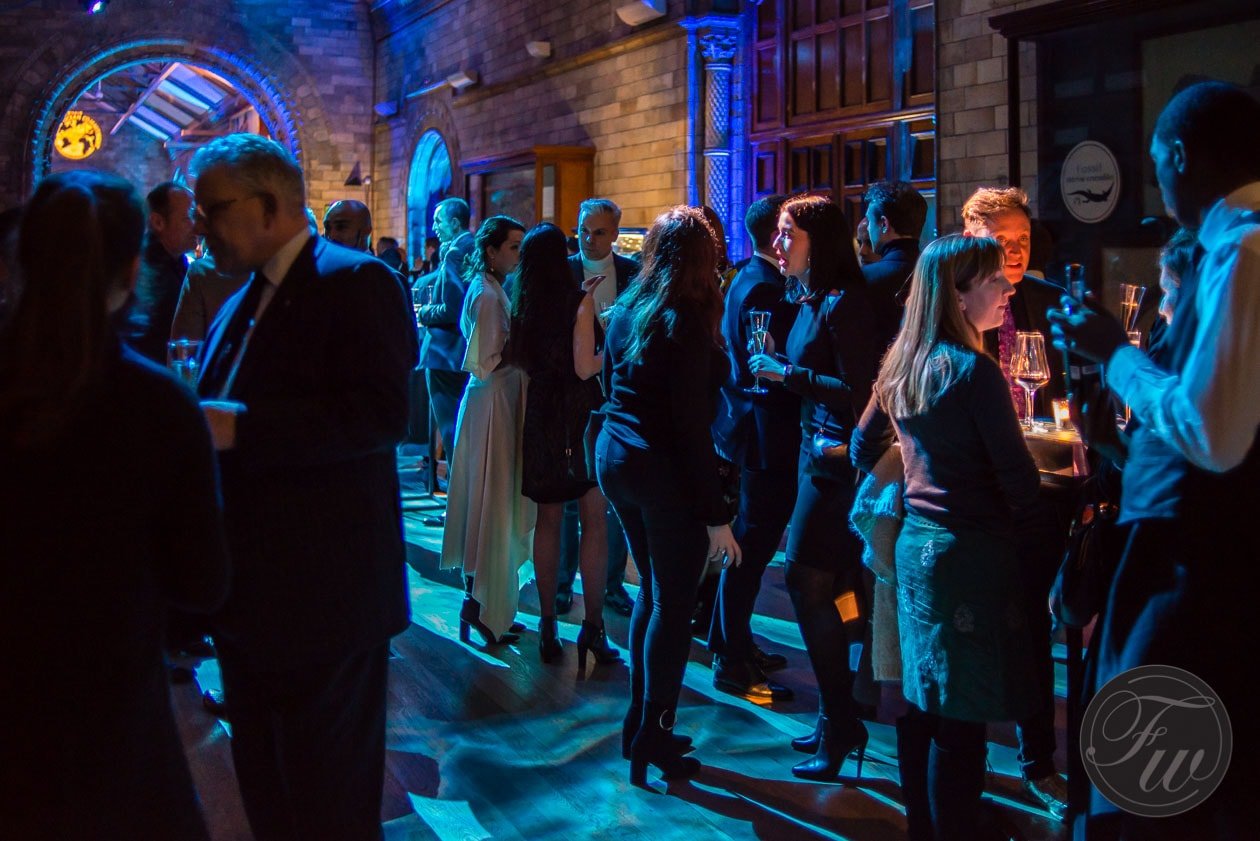 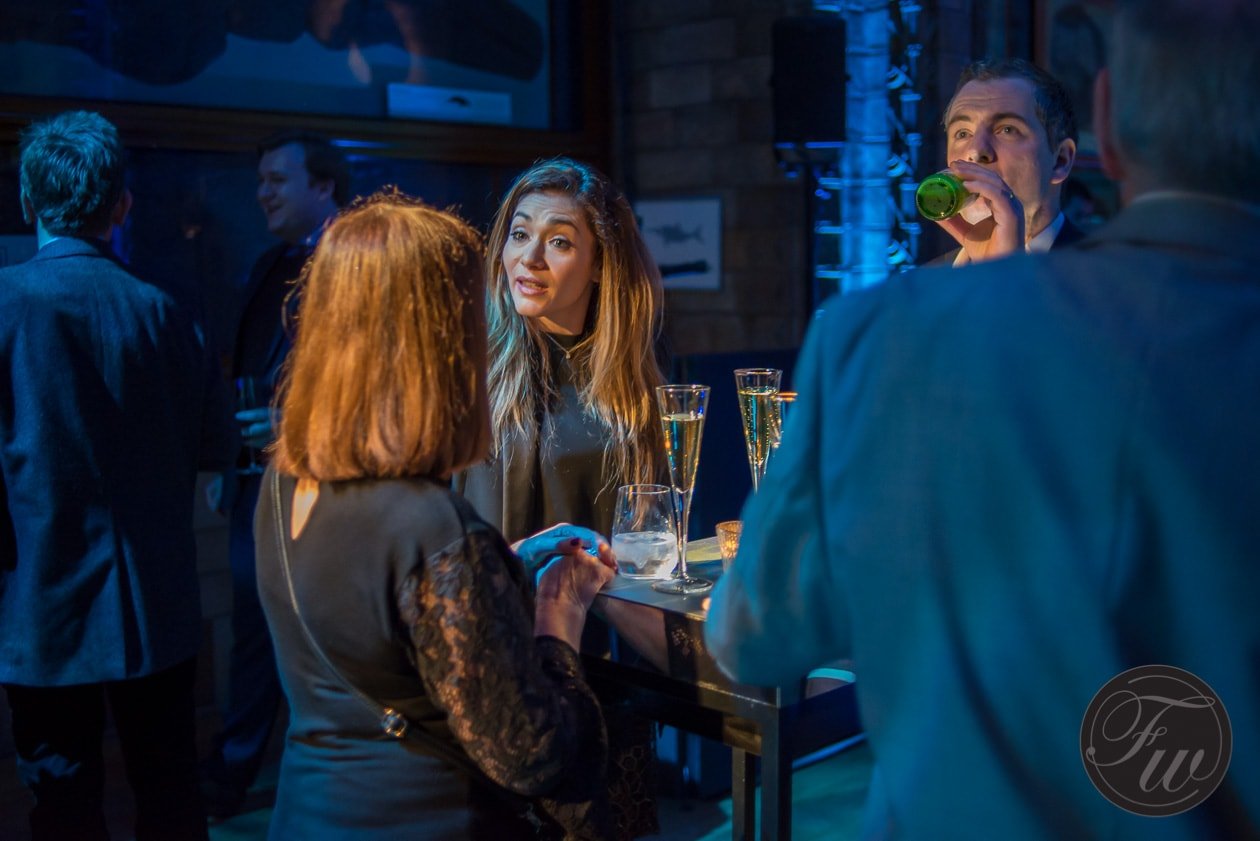 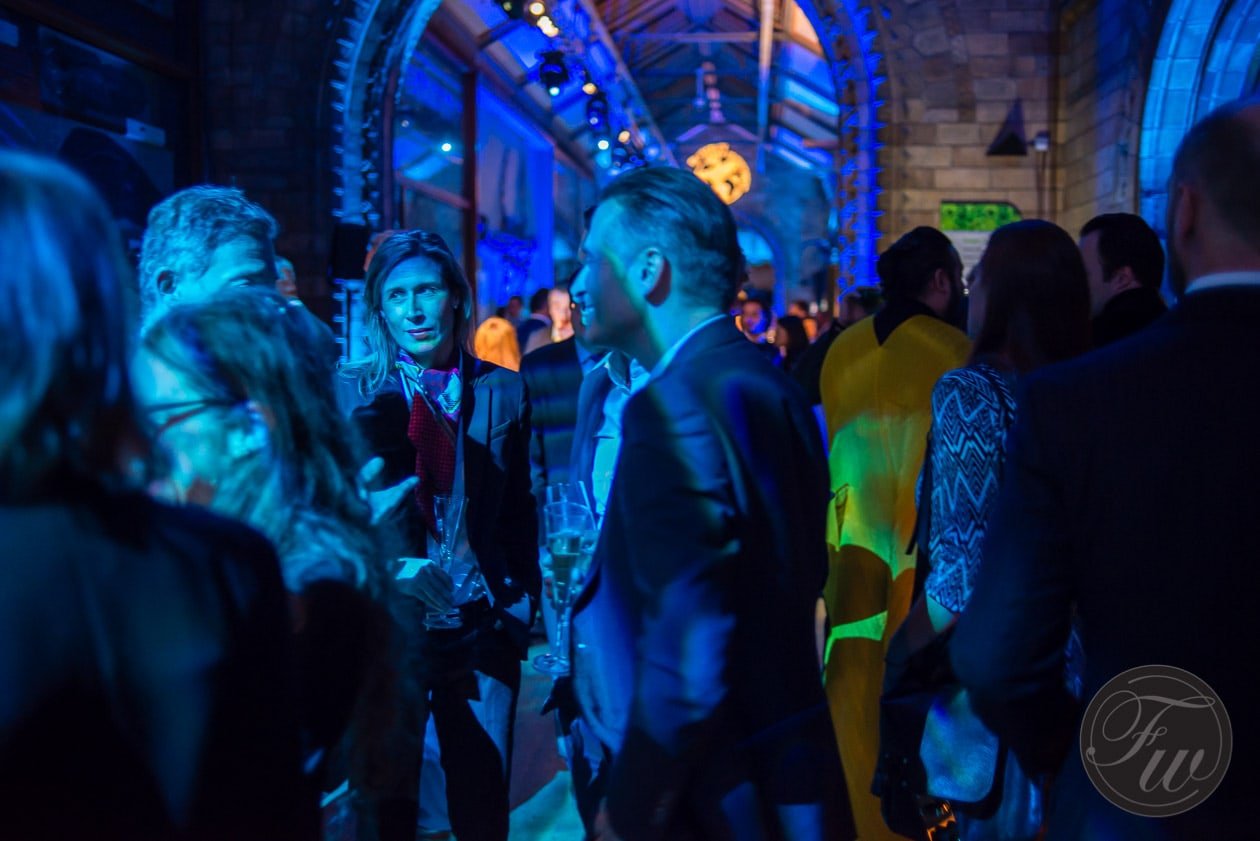 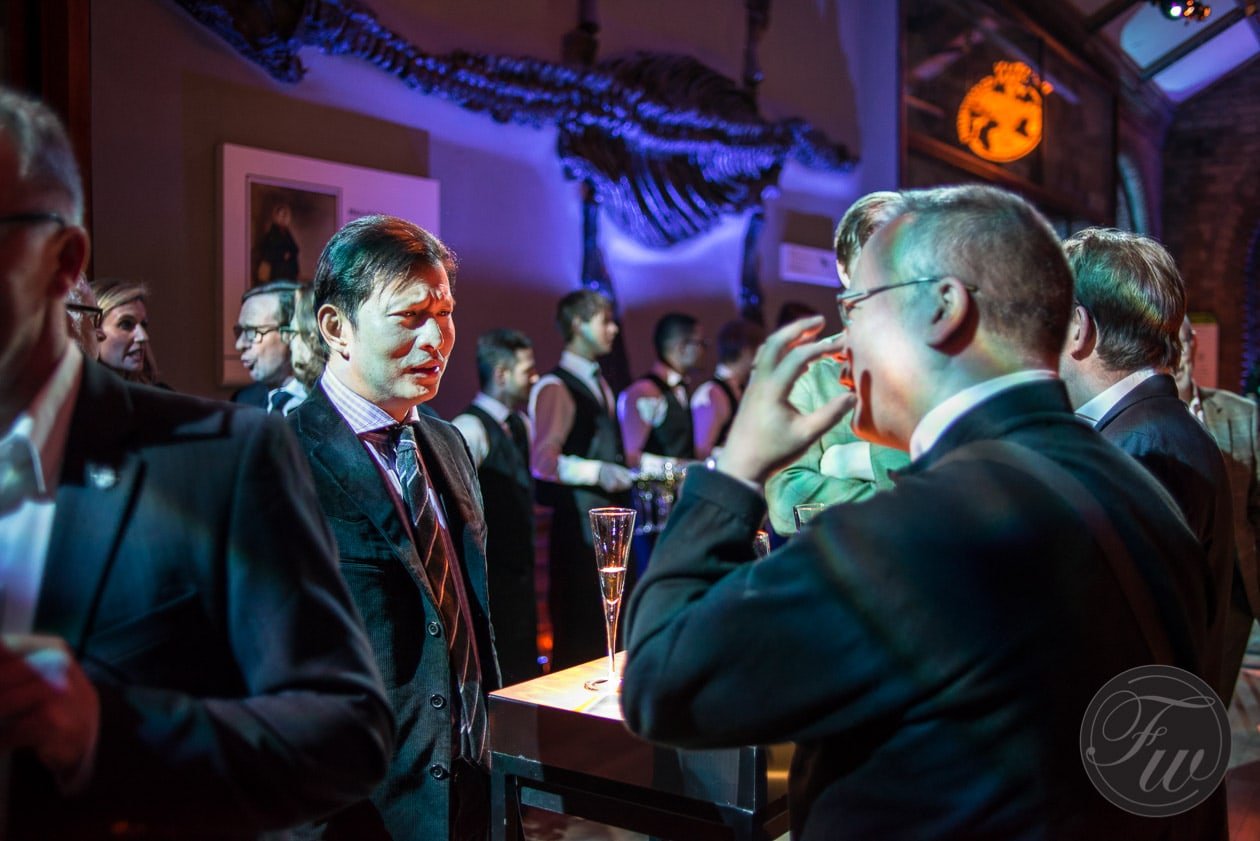 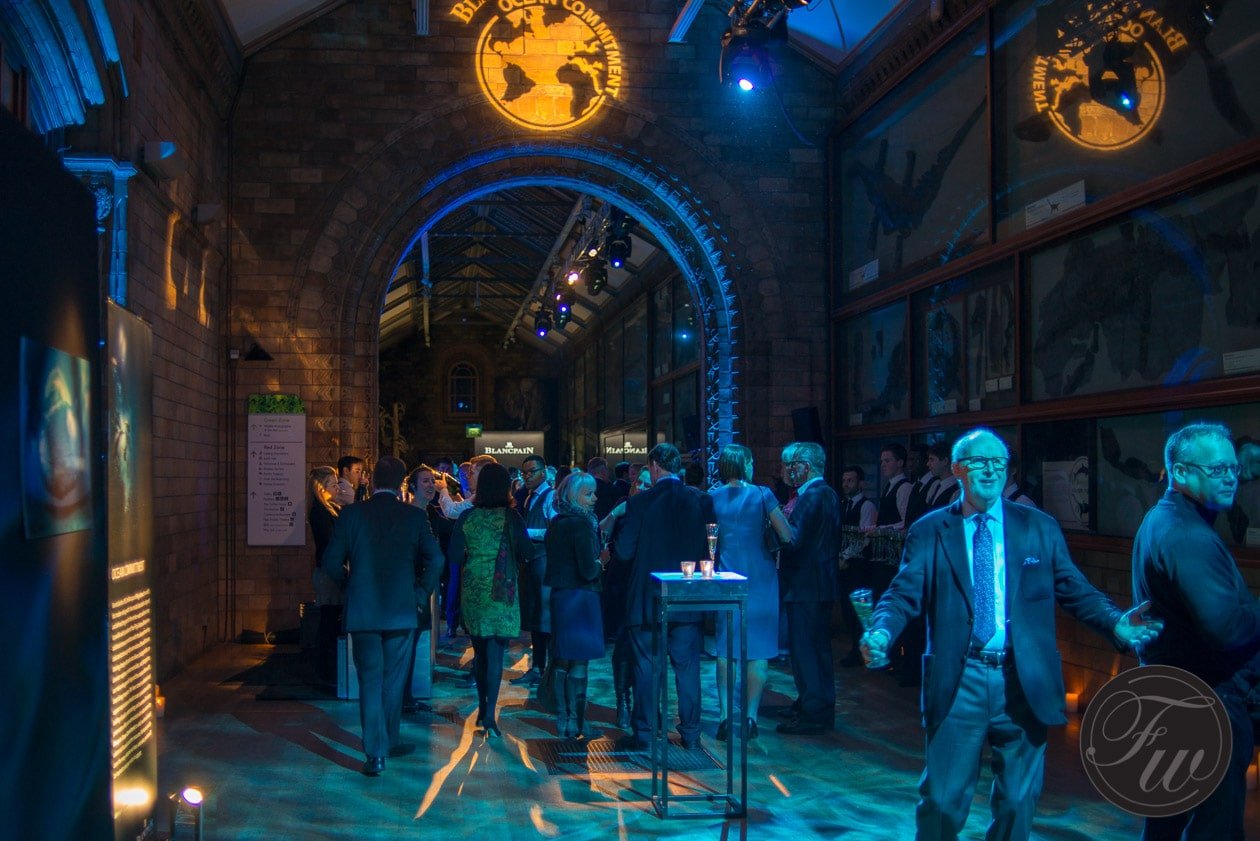 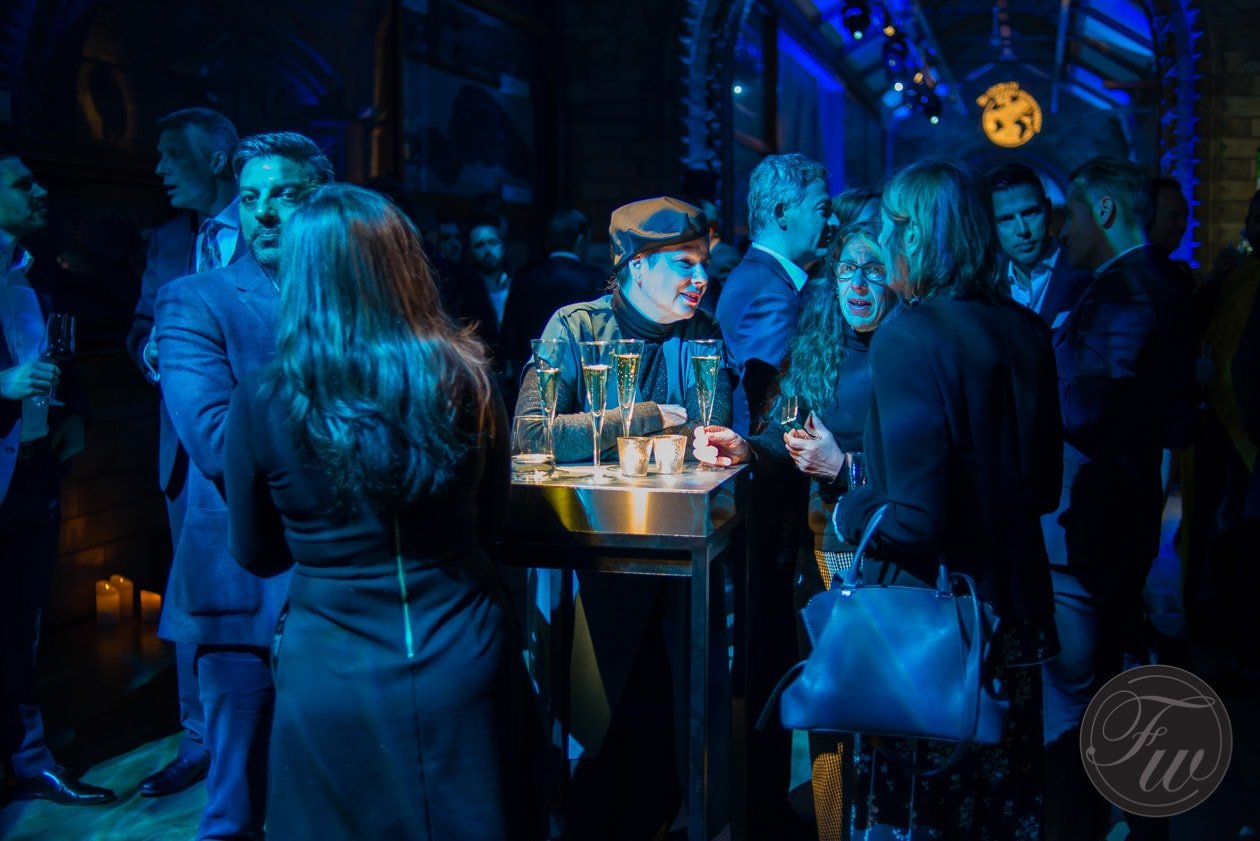 The rest of the event was set in a dinner-environment. All guests gathered in the overwhelming large hall of the Natural History Museum (built between 1873 and 1881) and were seated at round tables. 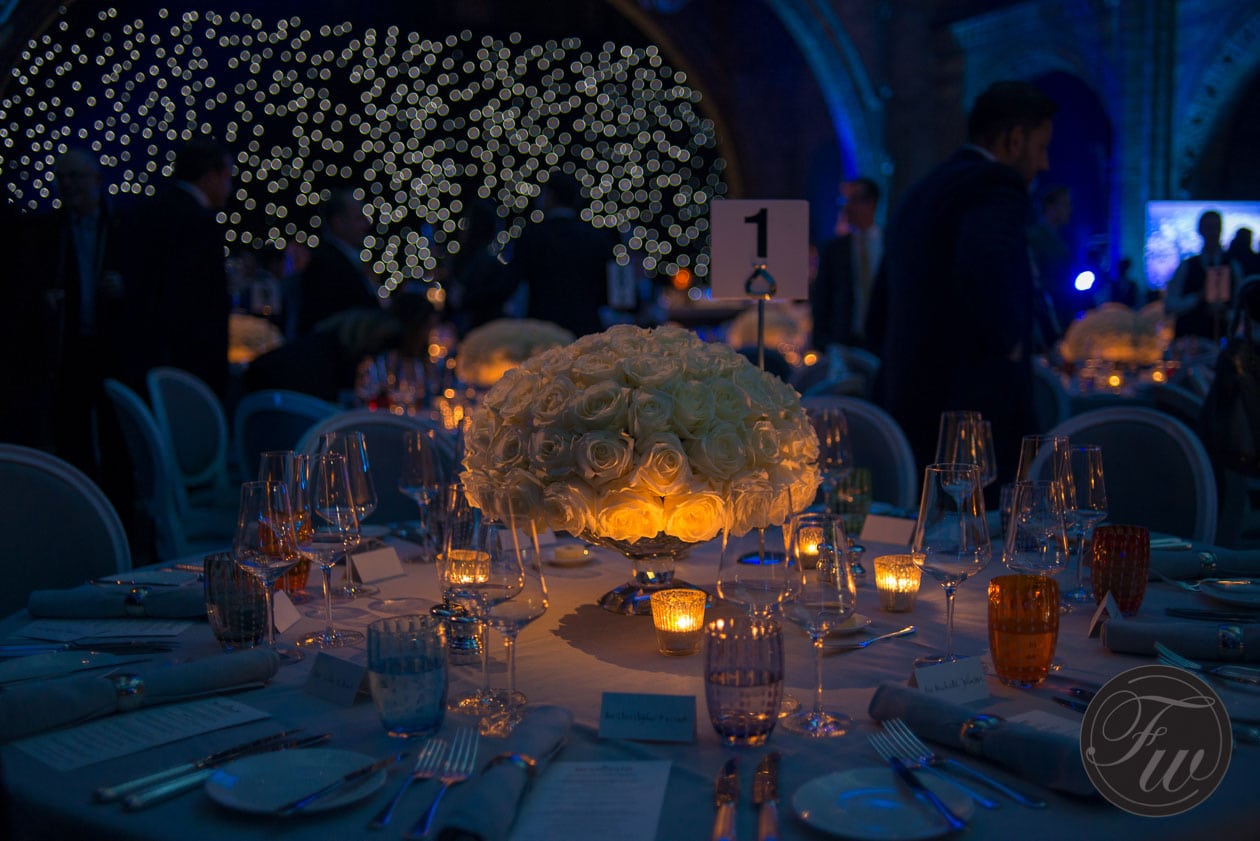 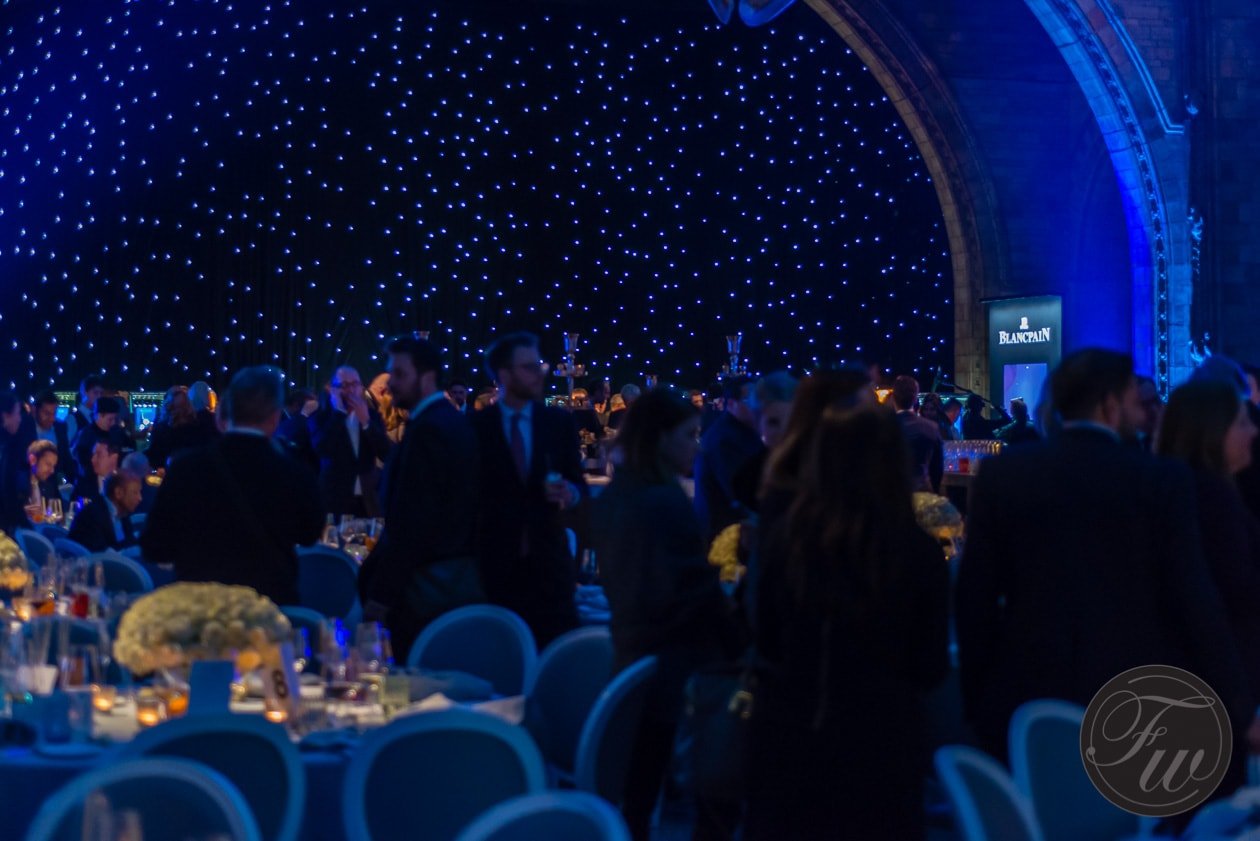 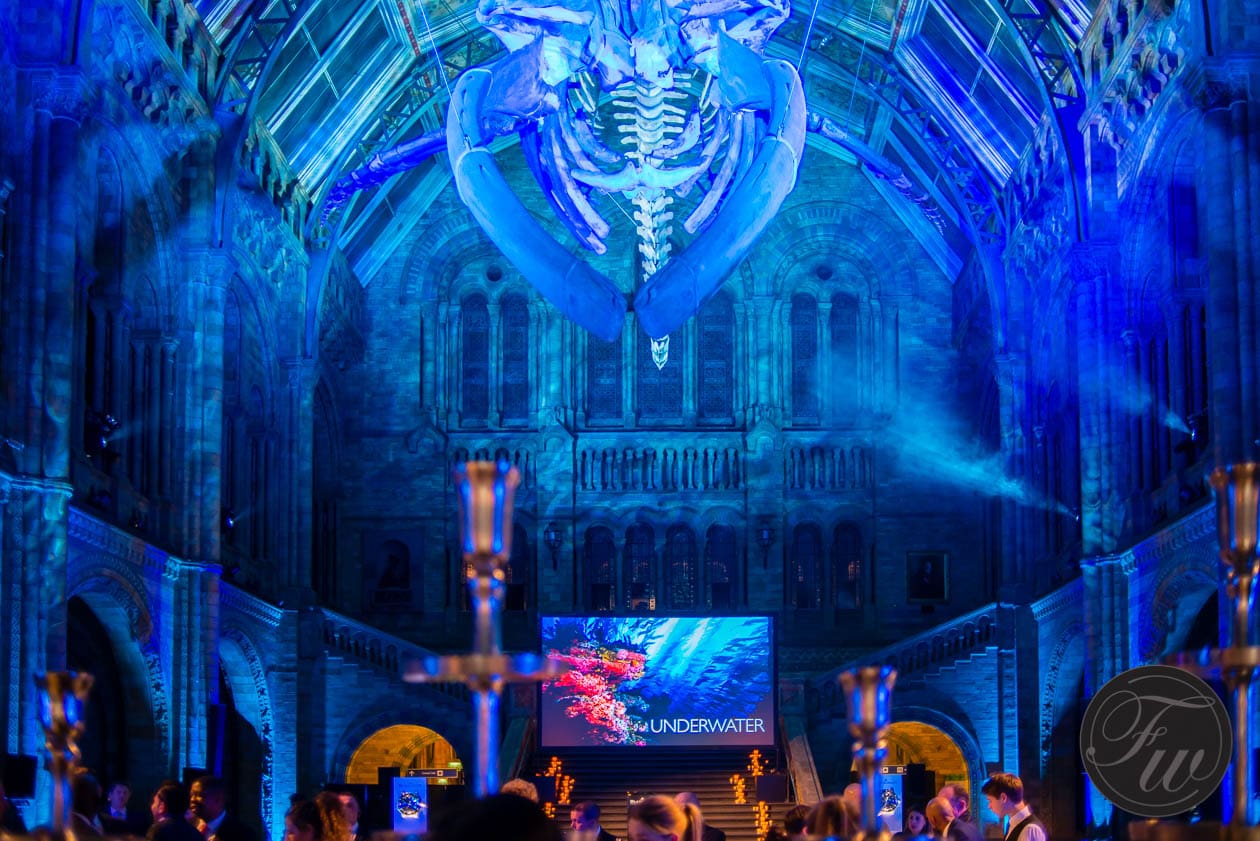 The overwhelming large hall of the Natural History Museum

Following an introduction by Blancpain’s CEO Mr. Marc A. Hayek, explaining the importance of Blancpain in the development of dive watches, Mr. Laurent Ballesta personally presented the outcome of the above mentioned Grouper Mystery research. Backed up by beautiful pictures and an in-depth video. 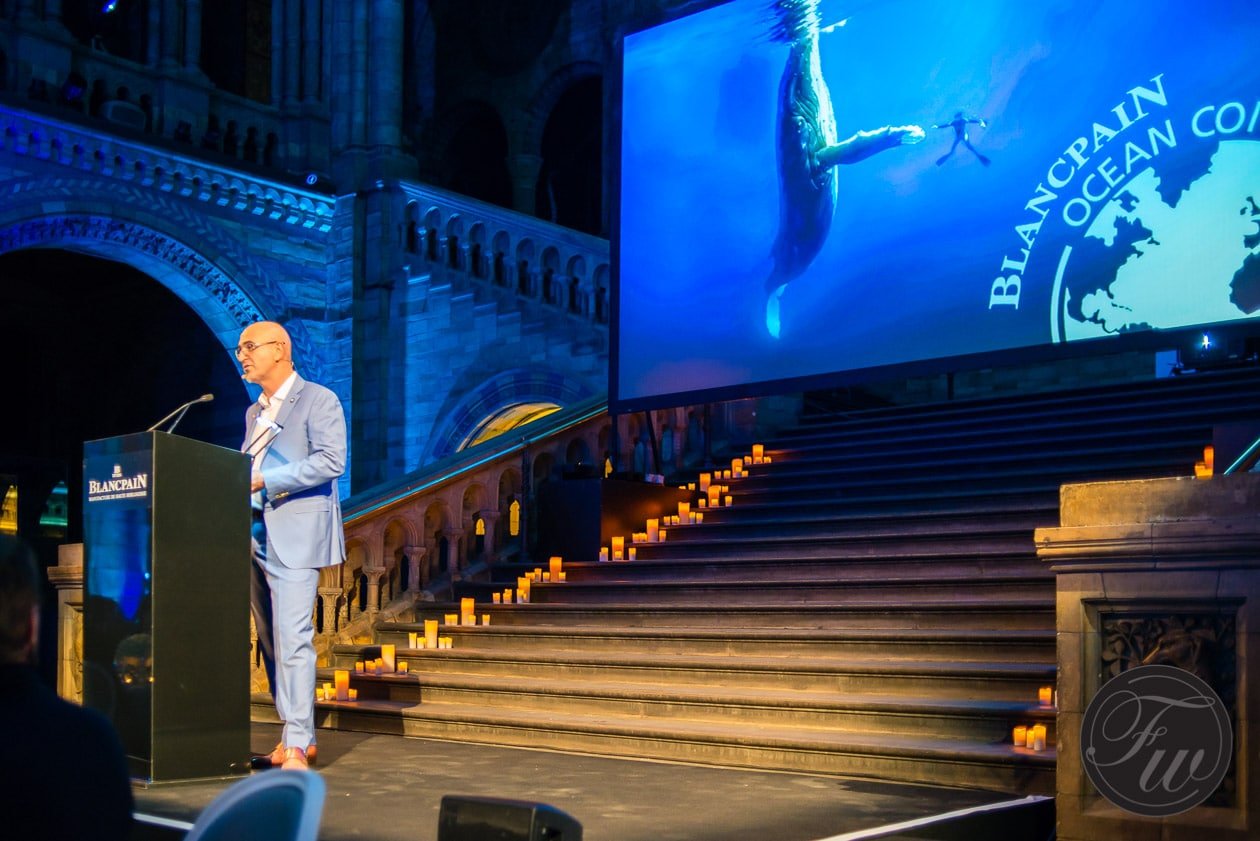 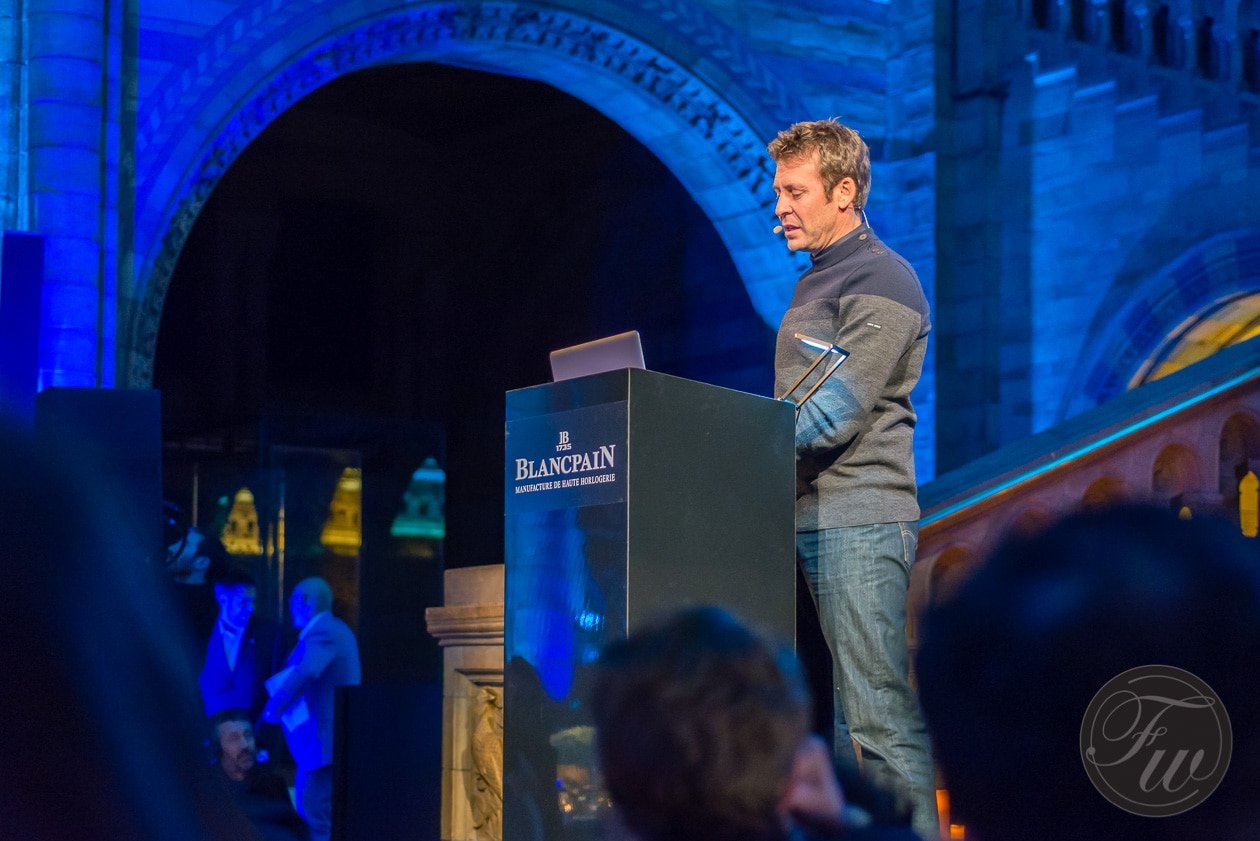 After the presentations and dinner, and during a dessert buffet, there was the possibility to have look at several extraordinary Blancpain timepieces. Not just models related to Blancpain’s Ocean Commitment, however other rarities as well. 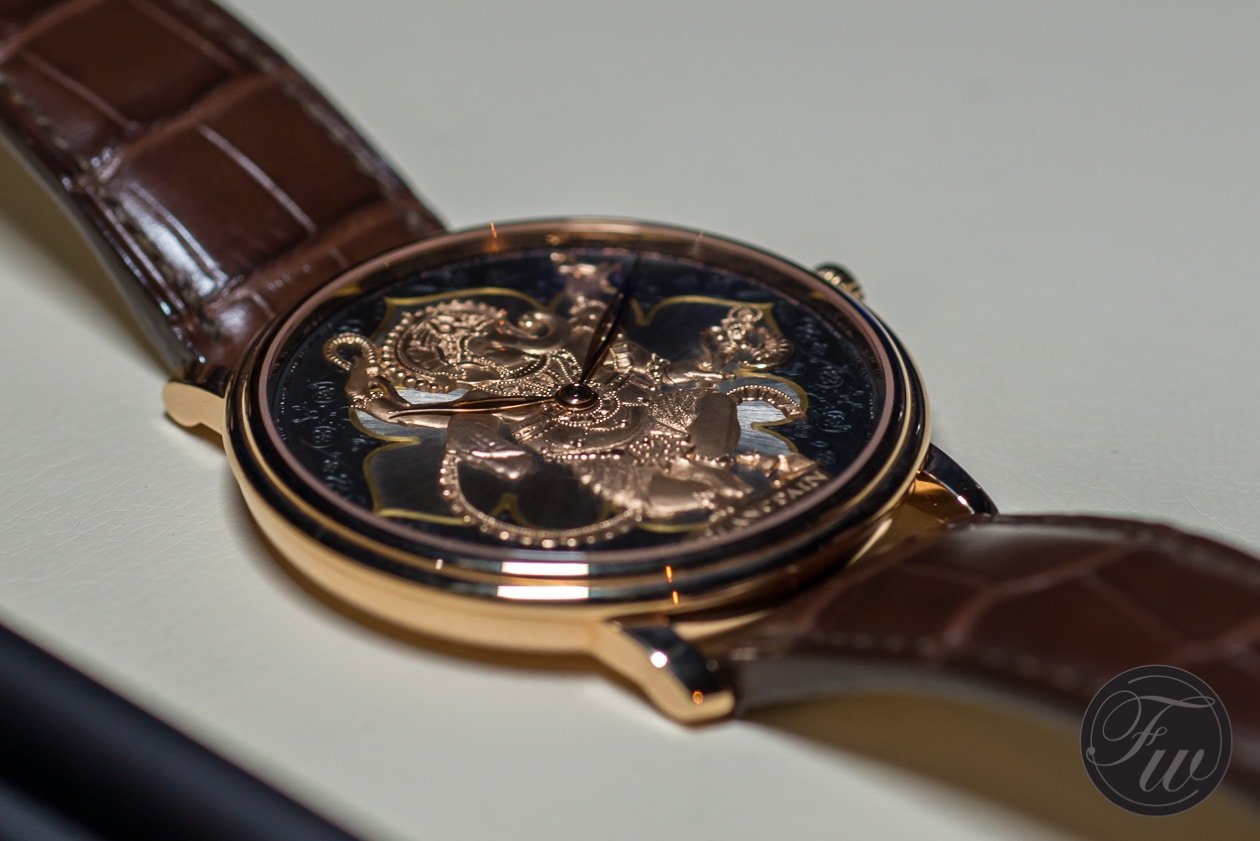 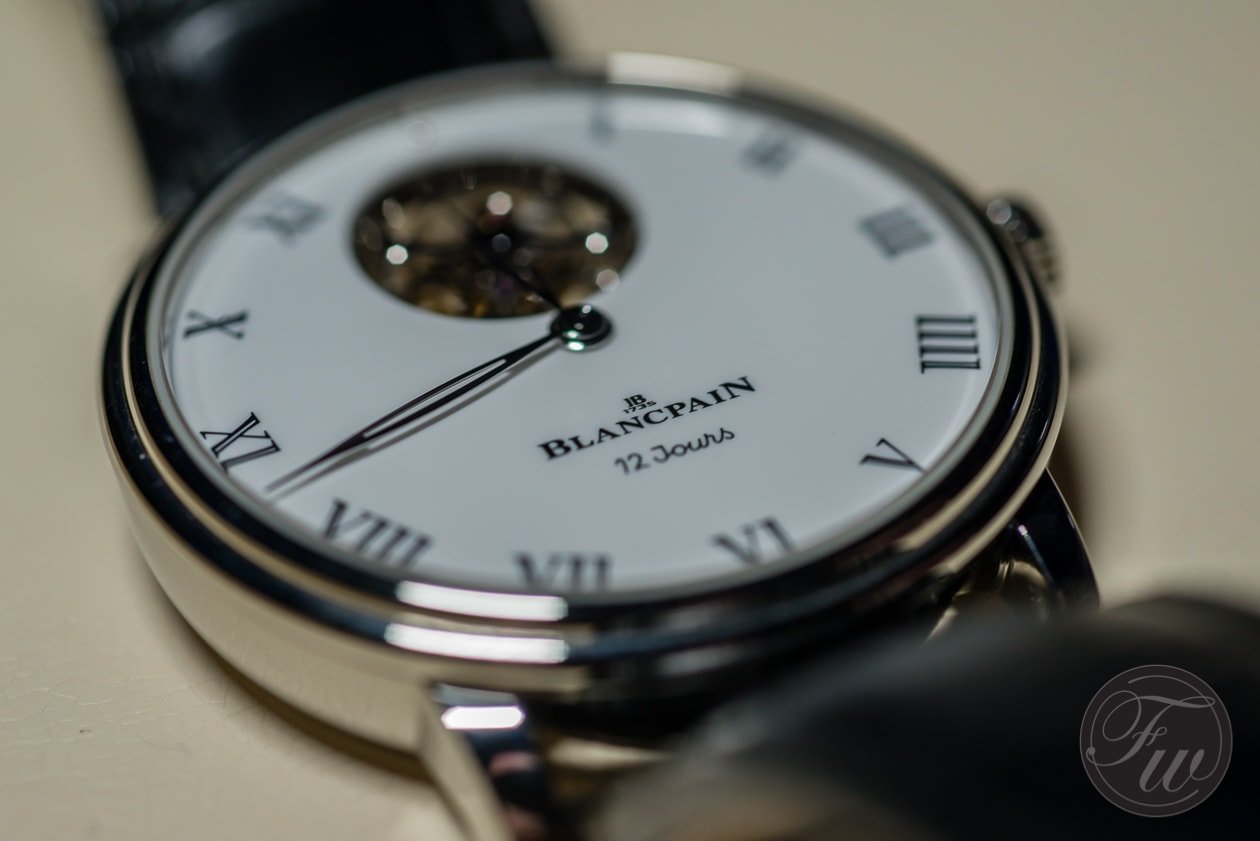 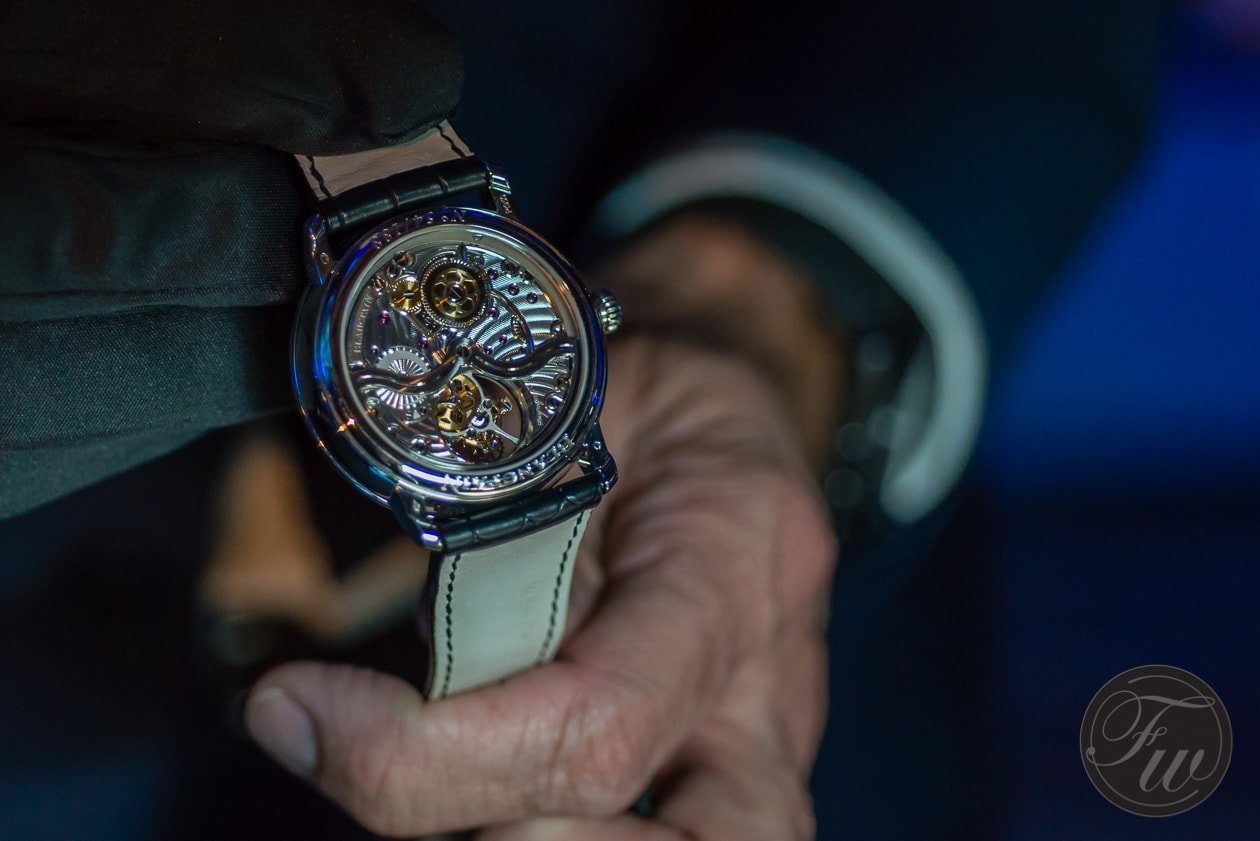 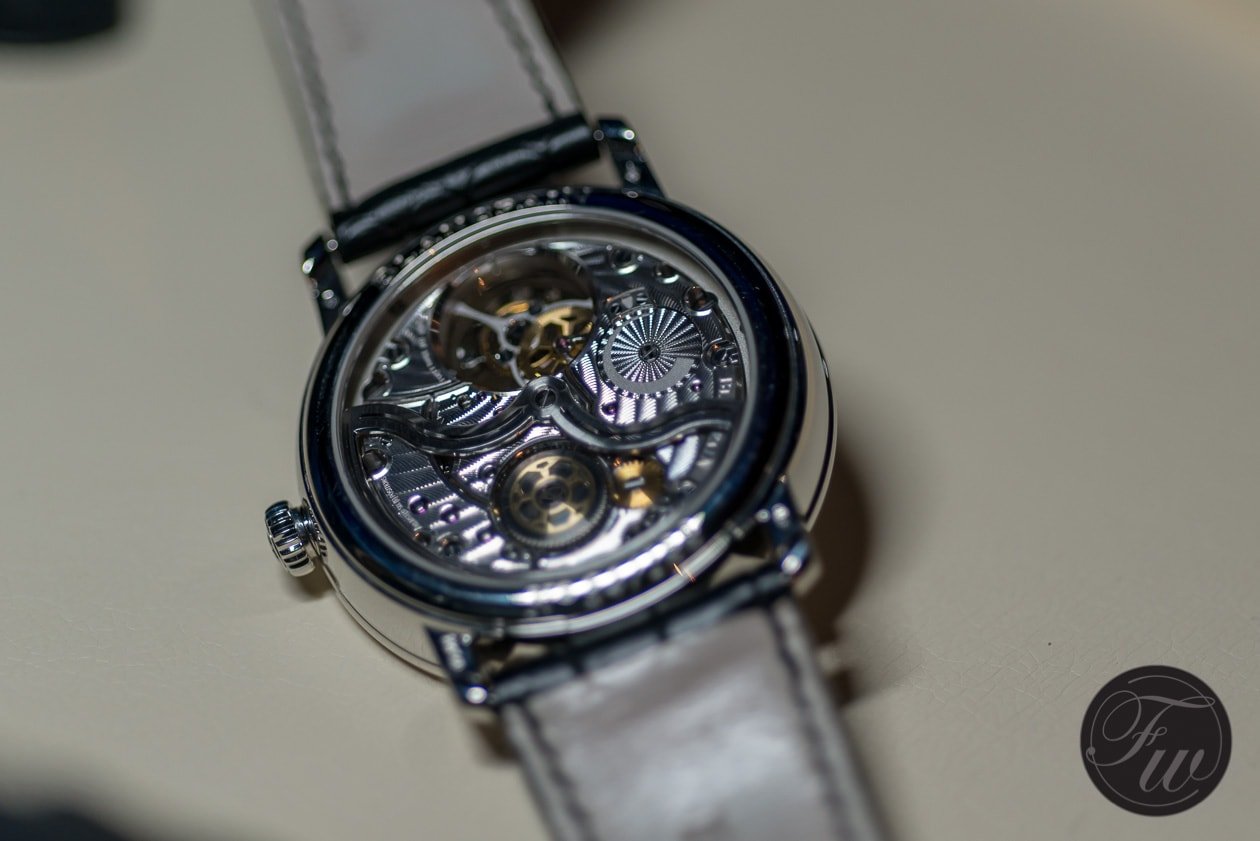 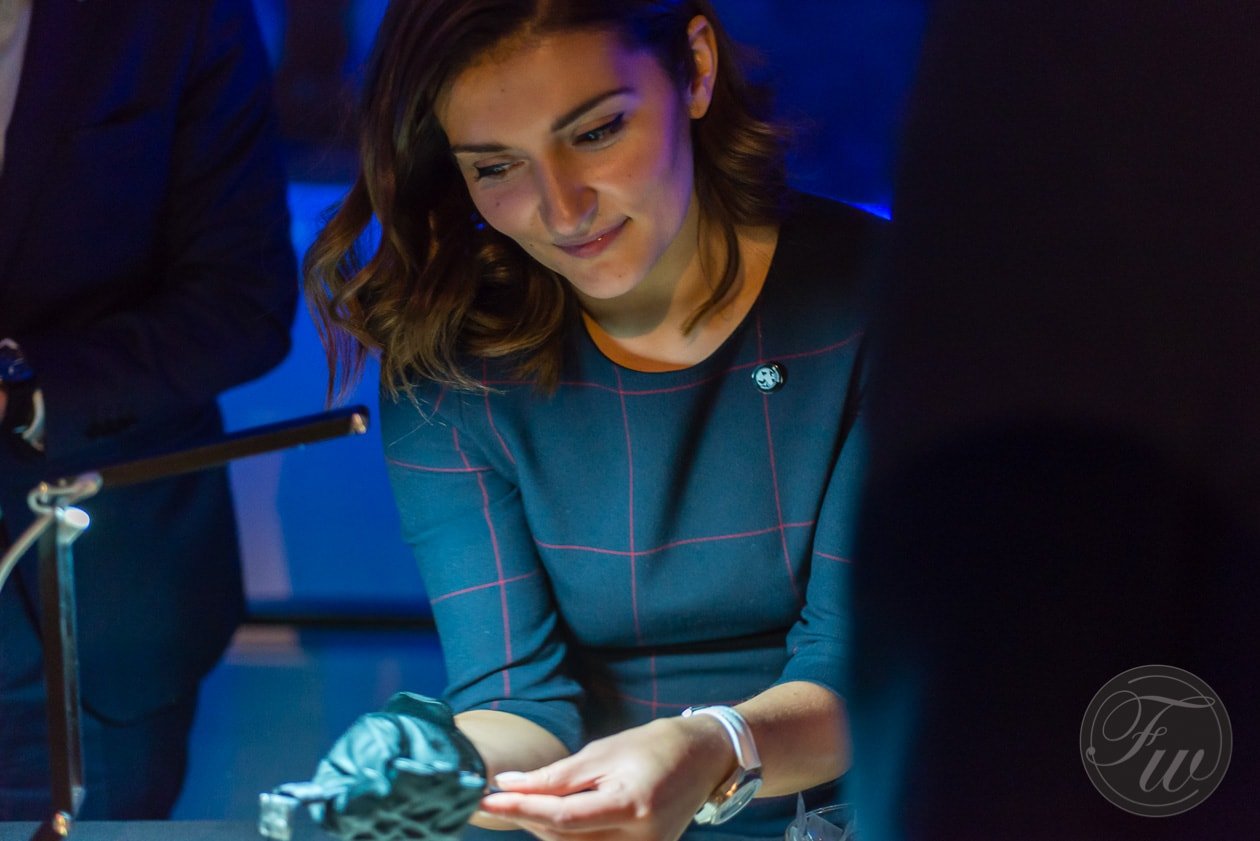 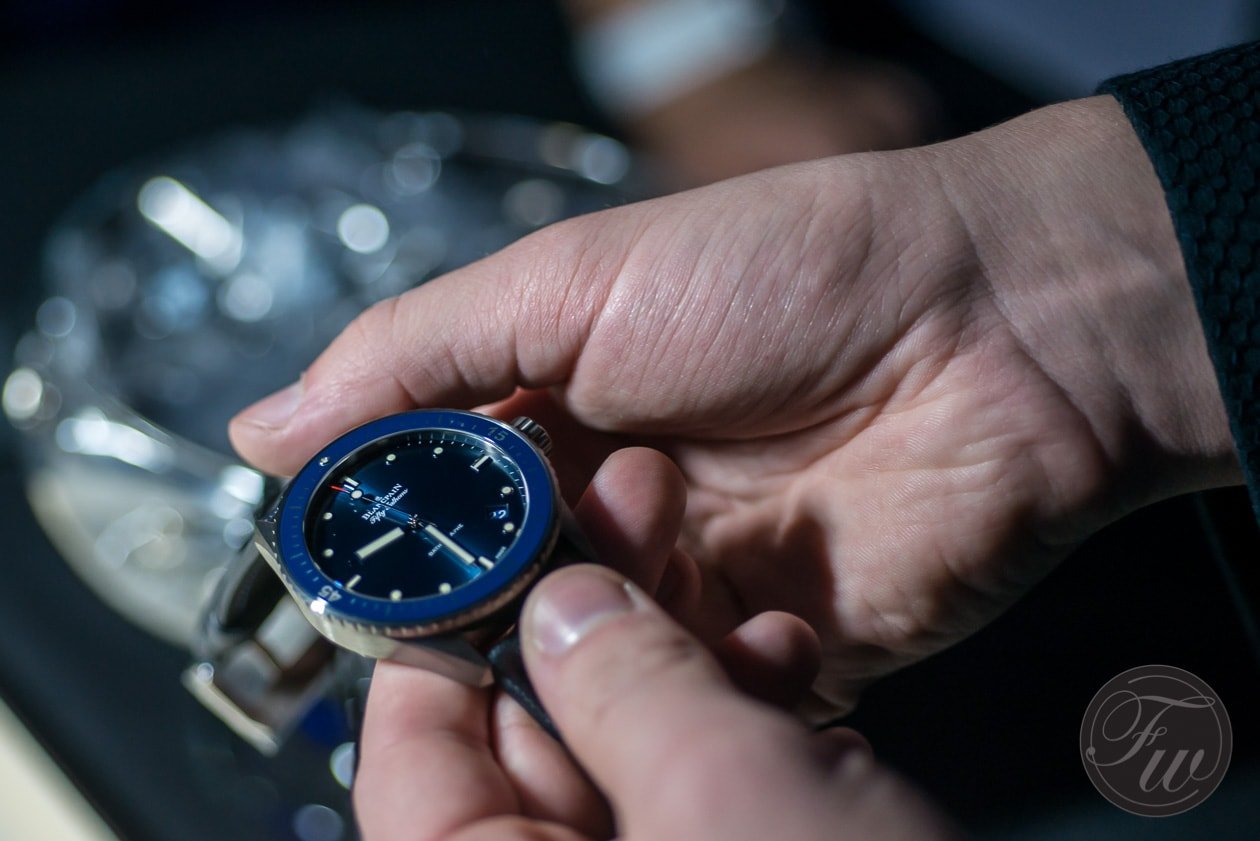 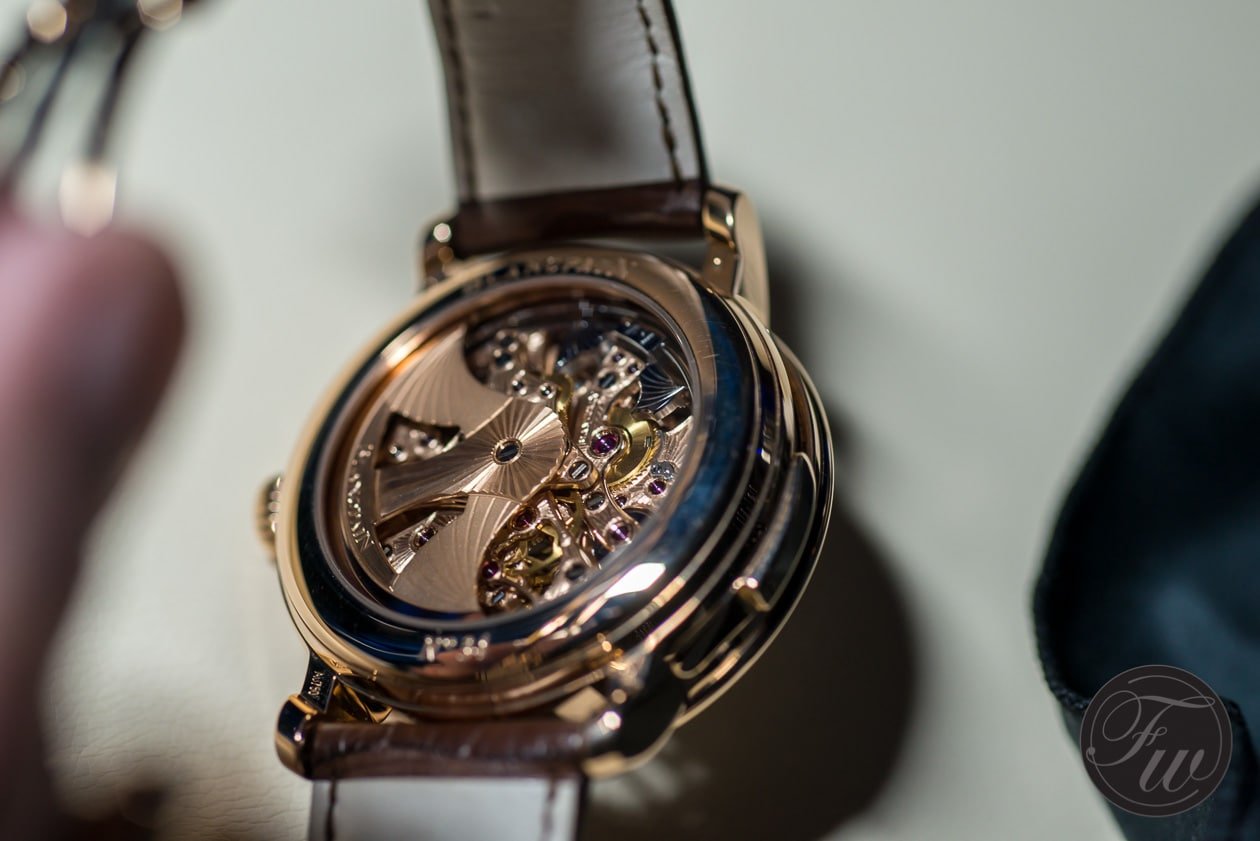 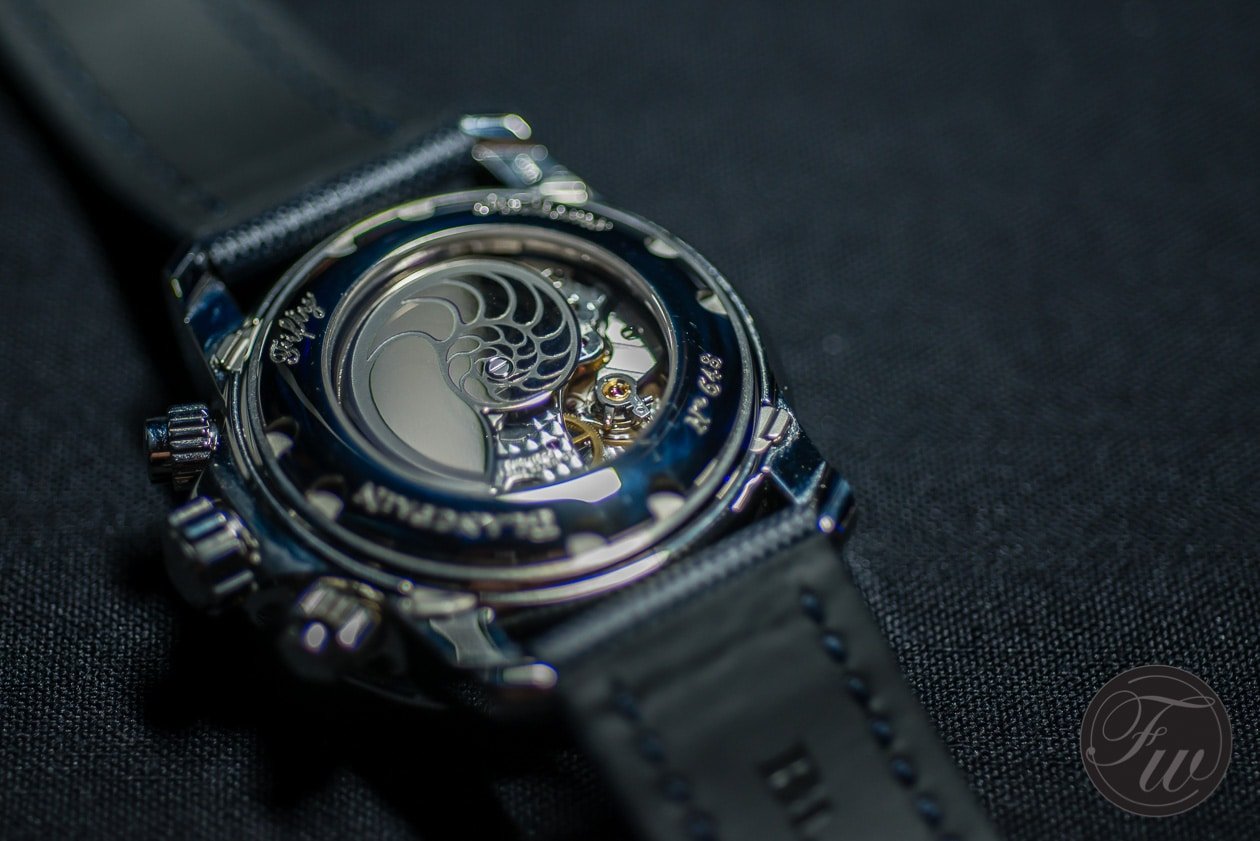 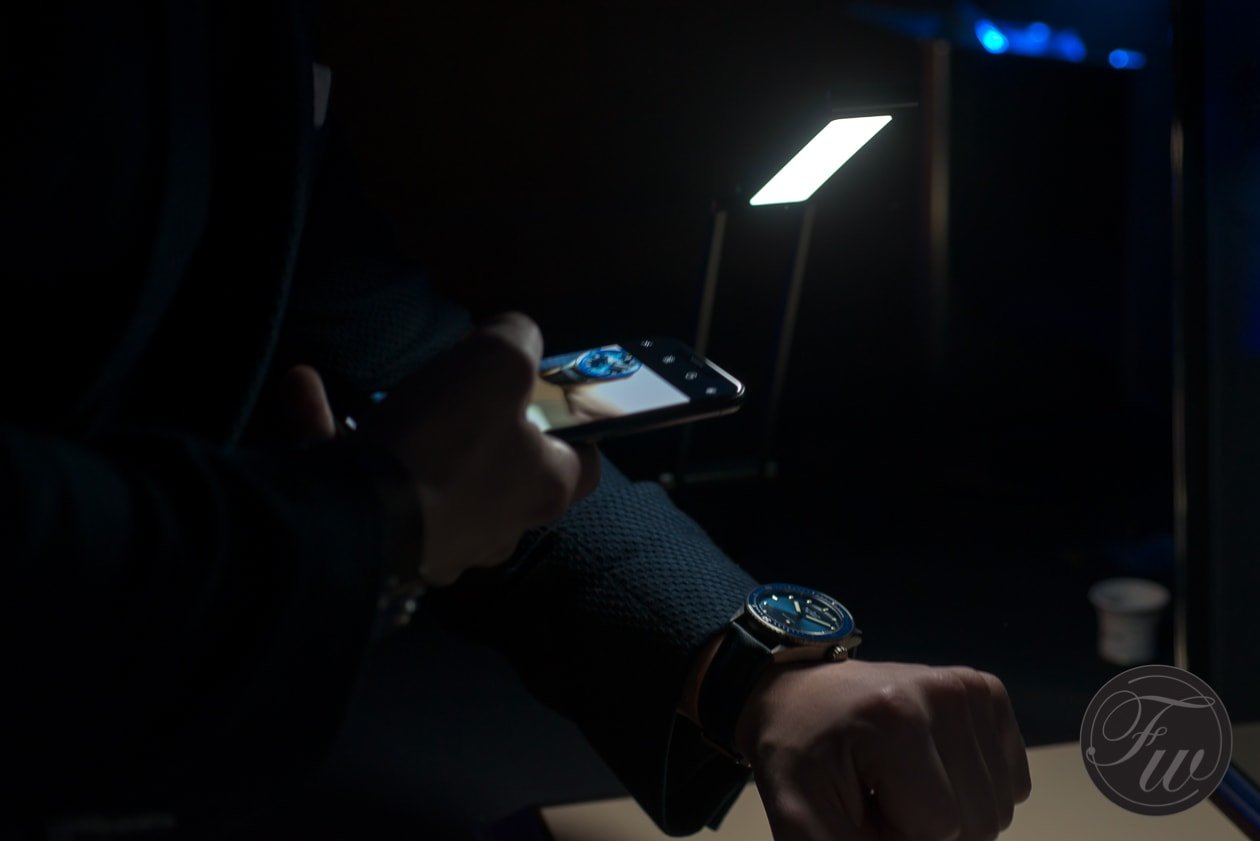 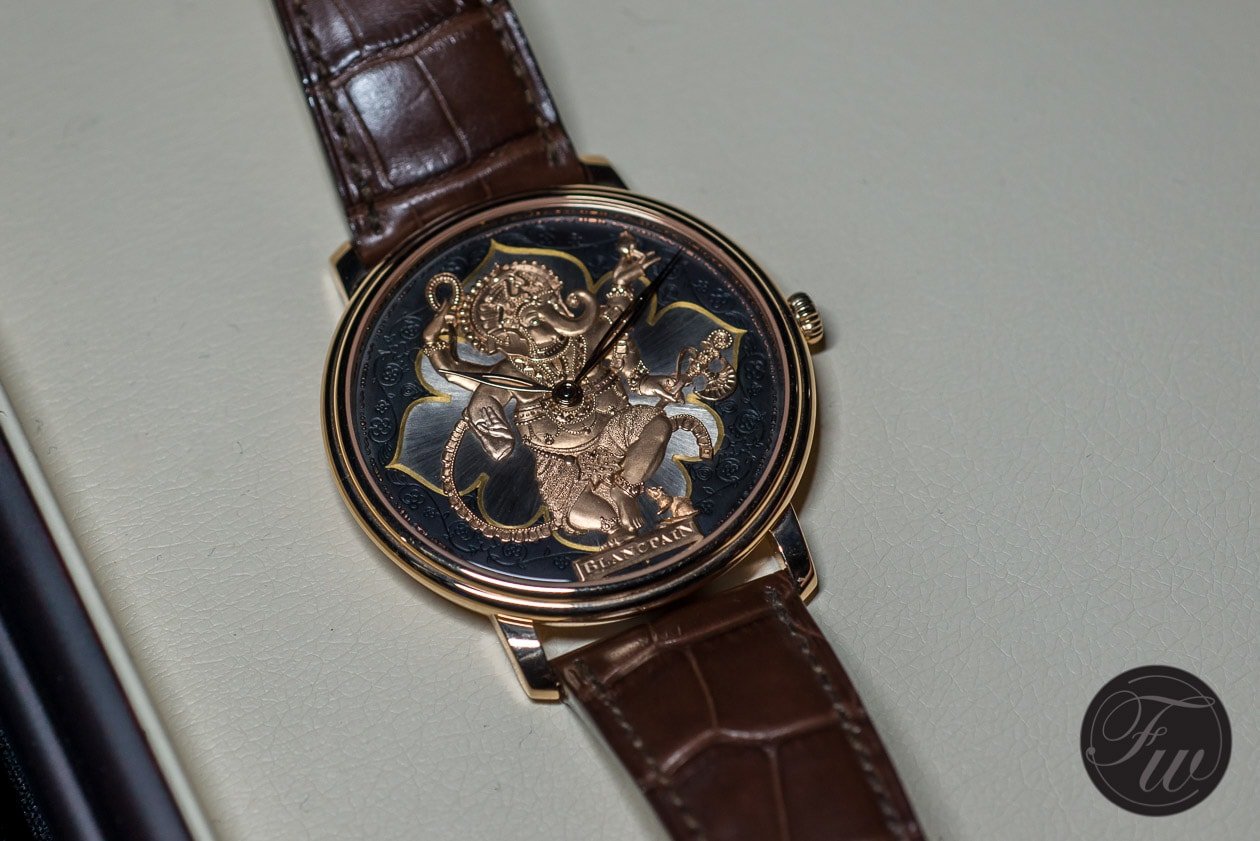 Part of the 2014 inauguration of the Blancpain Ocean Commitment was the launch of a dedicated website. Here one can find all projects where Blancpain’s donations are involved. At the same time, it’s a tool which enhances the awareness of a greater audience about the importance of preserving projects. The website is a pleasure to visit and can be found at www.blancpain-ocean-commitment.com.

Further information about Blancpain and its current collection of watches can be found at their website here. Earlier this year, Robert-Jan did an interesting write-up about one of the latest Fifty Fathoms models, which can be found here.

A photo gallery giving a further impression of the event can be found hereafter. As well as some pictures of extraordinary Blancpain timepieces, as shown after the presentations of Mr. Marc A. Hayek and Mr. Laurent Ballesta.