Minute repeaters represent the very pinnacle of watchmaking along with other major complications like the perpetual calendar. The idea that you can hear time as well as (or instead of) seeing it comes from a period before the first wristwatch was even a thought.

Every medieval city had a clock in a church tower (or otherwise), that chimed the time to its citizens. With the new Blast Hourstriker, Ulysse Nardin is trying to “upgrade” this illustrious complication by combining the old idea with modern materials and technology.

Ulysse Nardin’s latest creation is an innovative, striking timepiece that oversteps barriers in sound technology. However, for the brand working with sound is not a new love affair. What started in the 1980s received a new lease on life in 2019. For the first time, Ulysse Nardin collaborated with French audio technology company Devialet to create the Classico Hourstriker Phantom, a watch with next-level acoustics.

Minute repeaters generate the sound with hammers that strike on tiny wire gongs inside the movement. The sound spreads inside the case, and its power is often partly absorbed by the mechanism. This results in muffled harmonics caused by the watch’s materials. The engineers at Ulysse Nardin set up two challenges to tackle this issue: making the chiming mechanism visible on the dial side and further improving the quality/power output ratio. The latter was noticeable in the Classico Hourstriker Phantom watch from two years ago. 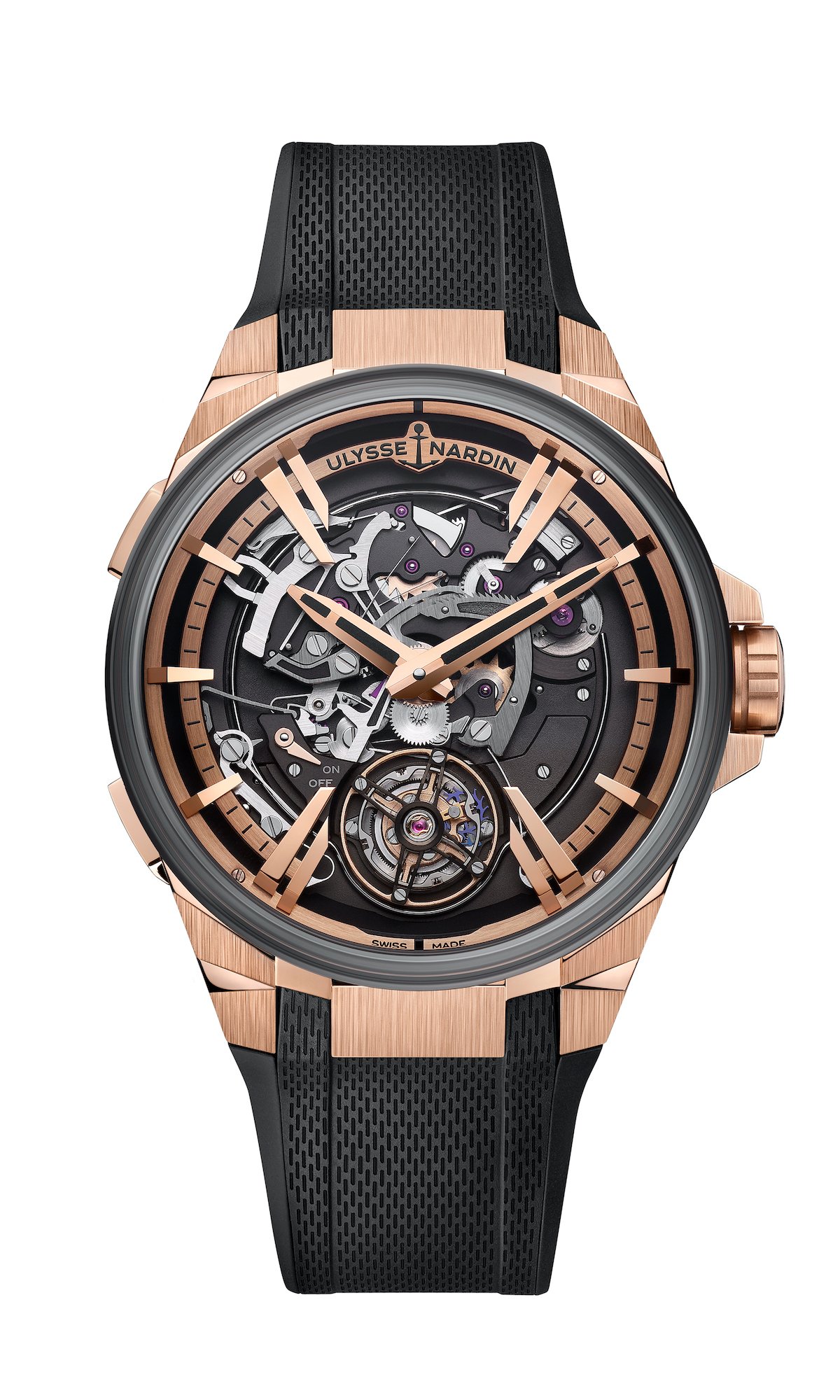 To meet these goals, Ulysse Nardin developed the new UN-621 caliber. This movement is the brand’s first in-house, automatic, striking creation. The most crucial aspect was accuracy, as this is the base for every successful complication. To ensure that the Blast Hourstriker meets this requirement, the movement’s regulating organ is a flying tourbillon. Also, the caliber received improvements such as a variable-inertia balance wheel, and a silicon hairspring, anchor, and escape wheel.

The most challenging part of the project was to redesign the entire kinematics of the 330-component striking caliber. Also, to ensure that the striking mechanism’s performance is efficient enough to be heard, the caliber contains a titanium membrane. Ulysse Nardin developed this collaboration with Devialet, the French audio technology firm that the brand already collaborated with back in 2019. 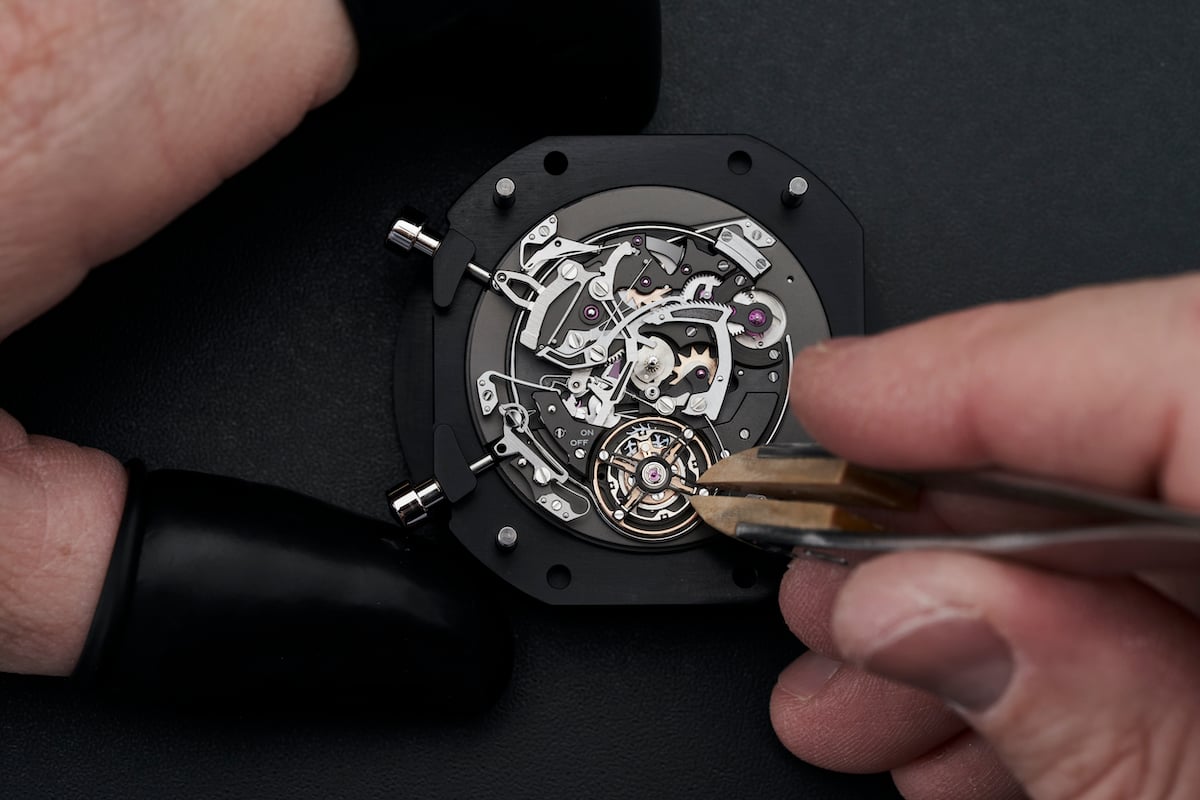 Still, having a unique mechanism is not sufficient for the Blast Hourstriker to function as the Ulysse Nardin engineers imagined it would. For this, the brand needed to create an exceptional case for the timepiece. Firstly, to ensure that the watch resonates as it should, the Blast Hourstriker has a two-component case. The middle is titanium with a black DLC coating. Meanwhile, the rest of the housing is 18K rose gold. At 10 o’clock, a push-button activates the striking mechanism visible at the 12 o’clock position. The button at 8 o’clock is to silence the timepiece. There is an “On” or “Off” selector close to the 8, where the user can check the minute repeater mechanism’s status. 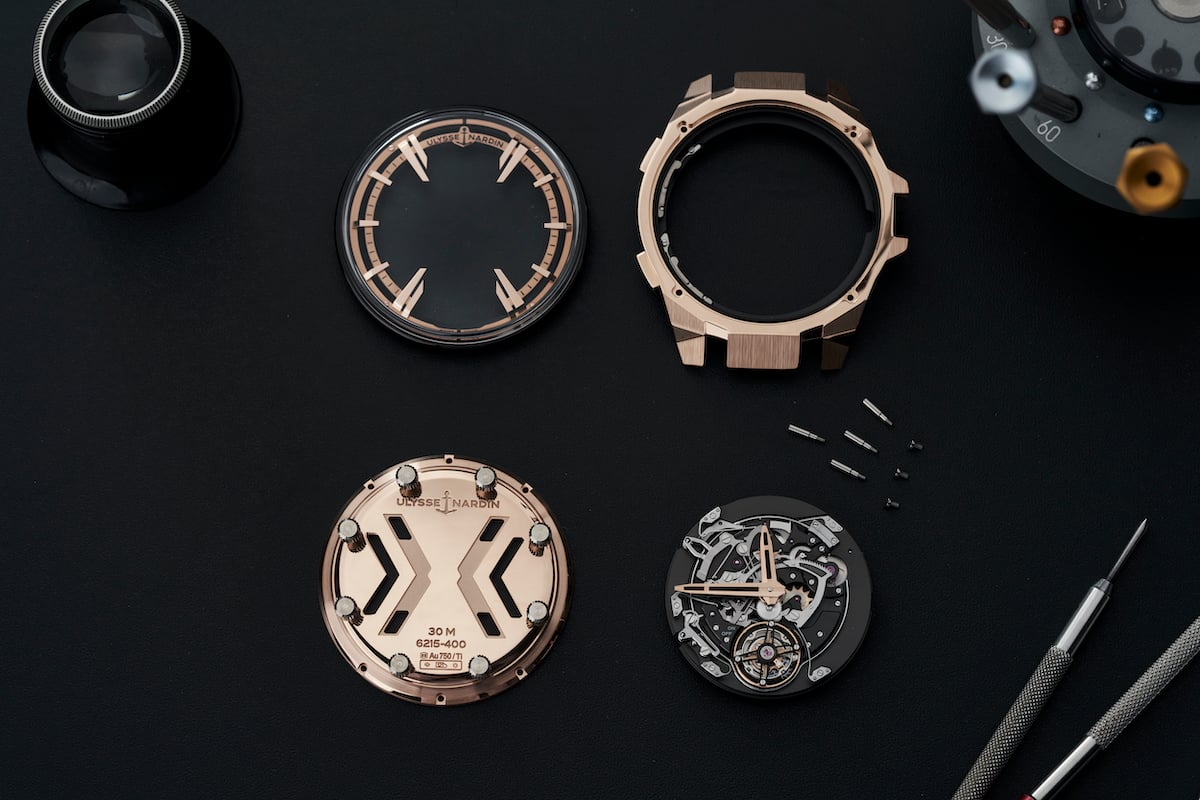 Secondly, the Blast Hourstriker’s case back received the Blast model’s signature double X cut into the rose gold back. This adds security to the Devialent membrane. When the user activates a striking mechanism, the membrane basically acts as a speaker, amplifying the gong’s sound. 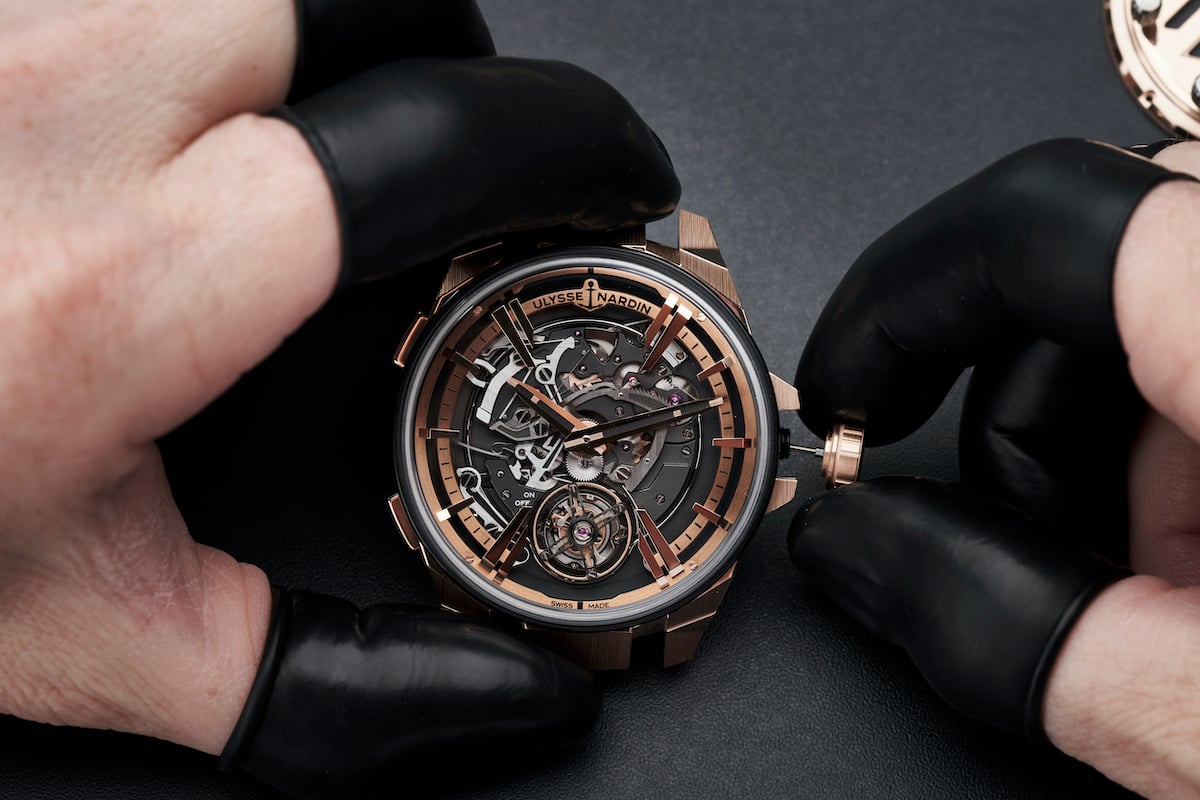 Lastly, this model’s owner will have the possibility to choose from several straps for their new Blast Hourstriker. The watch comes on three straps, the first being a black, waterproof velvet one. Aside from that, Ulysse Nardin also offers an alligator strap for a more sophisticated look. Last but not least, a rubber strap is also in the package. The price of the Ulysse Nardin Blast Hourstriker is €91,100 ($104,400 or CHF 99,000). If you are interested in this, or any other UN model for that matter, make sure you check out the brand’s website.