Garnering eight world records in the same number of years, Bvlgari’s Octo Finissimo is a gift that keeps on giving. Within a short space of time, the Roman jeweler has catapulted itself to the top of the horological game as a force with which to be reckoned. Thus, whenever there is another Octo release, we pay attention. Bvlgari is unveiling its Geneva Watch Days novelties as we speak. First out of the gate, we bring you the Octo Finissimo Skeleton 8 Days. 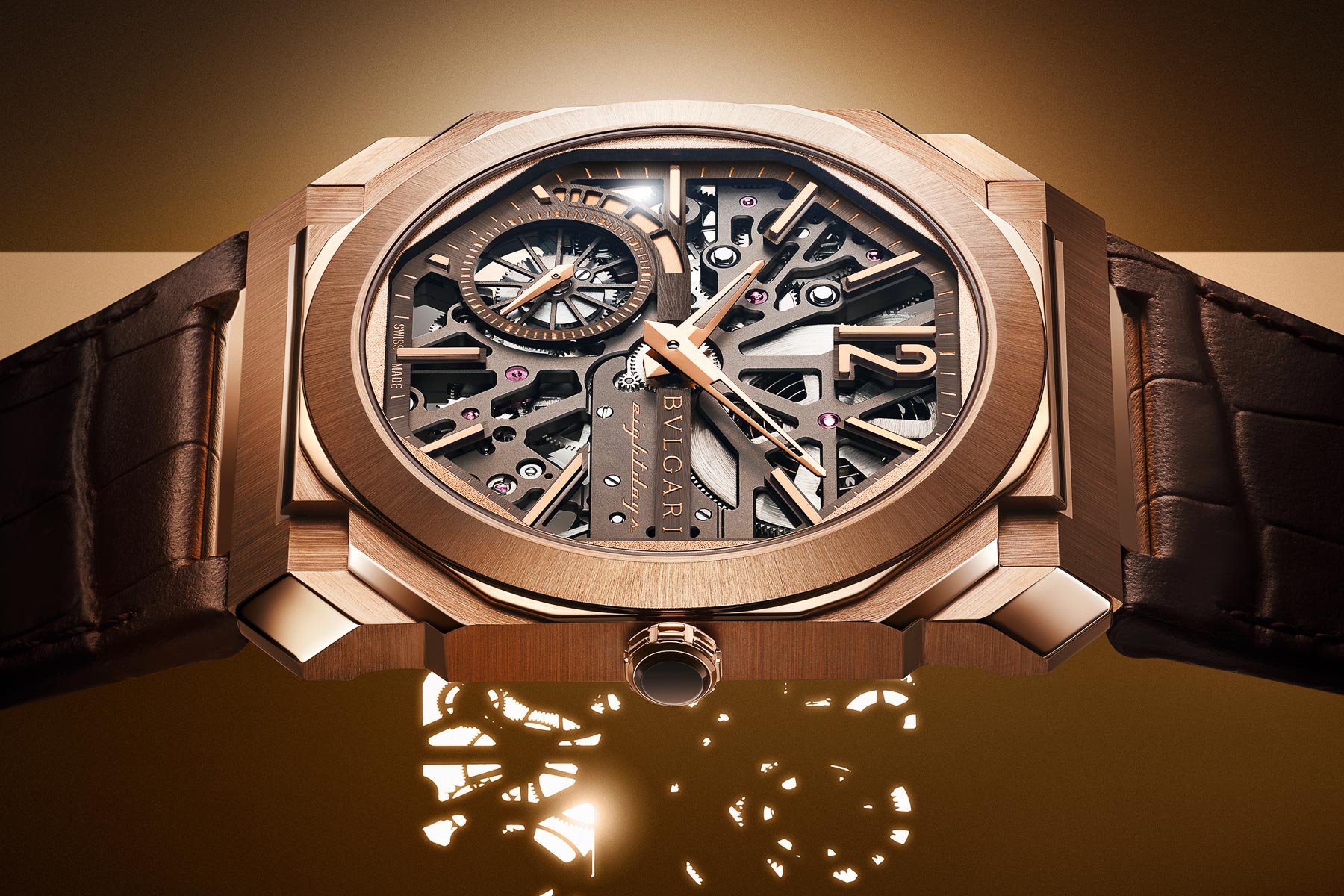 An undisputed master in the ultra-thin-watch category, Bvlgari has put the Octo Finissimo in a constant quest to push limits. Despite having its latest record toppled only last month with Richard Mille’s announcement of a new-record thinnest watch, the Octo Finissimo still reigns supreme in my mind. Having accomplished the insanely thin 1.8mm Octo Finissimo Ultra, which Lex covered here, the next frontier is the power reserve.

The new Octo Finissimo Skeleton 8 Days is 5.95mm thick. The 40mm satin-polished rose gold case houses the brand-new manufacture caliber BVL 199 SK. This wafer-thin movement is engineered to run for 192 hours on a full wind. That is, as the model name indicates, eight days. 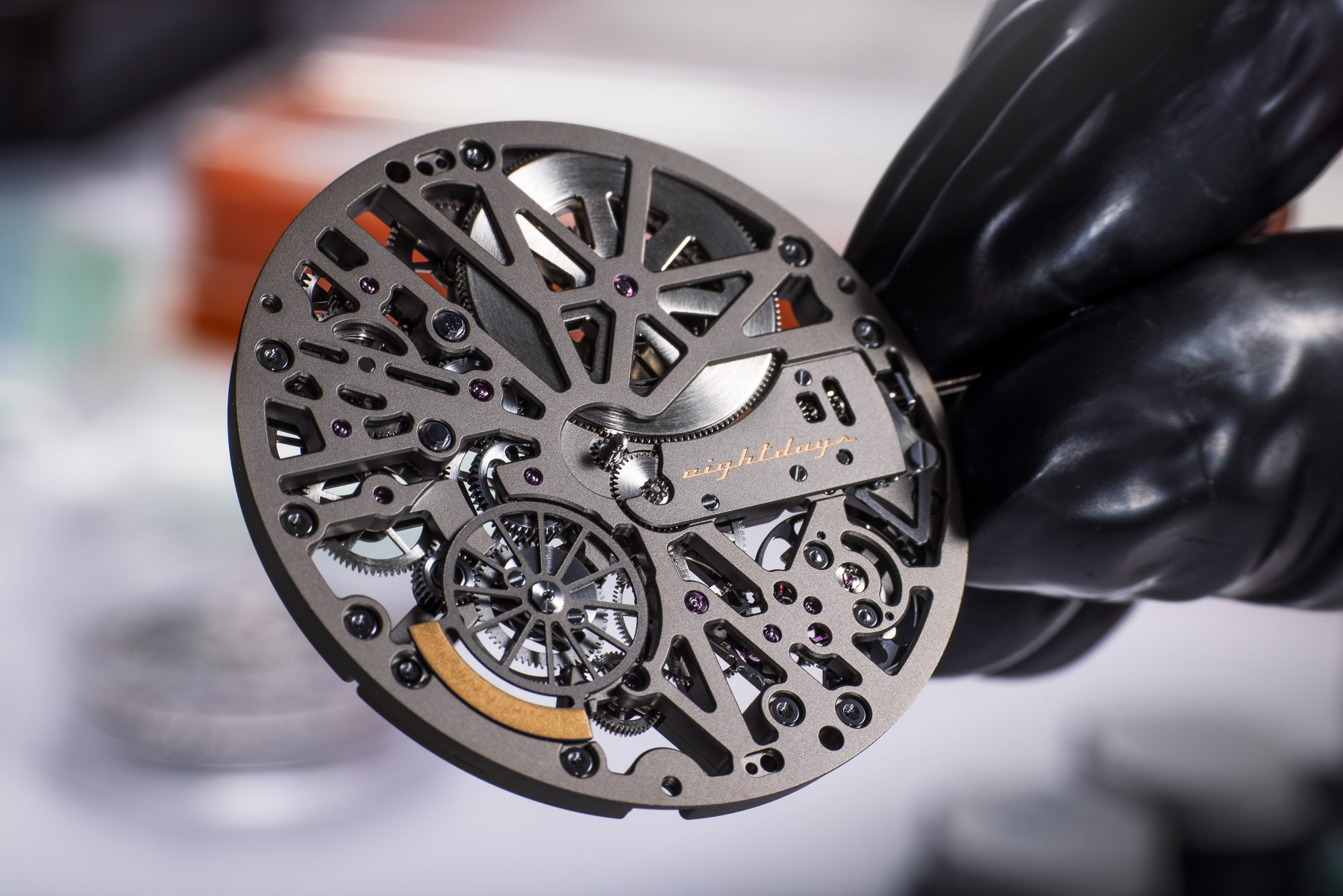 The manual-winding BVL199SK caliber measures a mere 2.5mm in thickness (or rather, thinness) and 36.6mm in diameter. The inner workings of the engine are on full display through the open-worked dial and anthracite PVD bridges. On the front, a small seconds sub-dial sits in the bottom-left quadrant. Running along the top arc of the sub-dial is a power-level gauge, highlighting the impressive single-barrel power reserve. The balance wheel visible through the transparent sapphire case back operates at 21,600vph (3Hz).

Sculpturing a high-performing skeleton movement given the constraints of the Octo’s established design codes is not without its challenges. Equally, creating a skeleton design within the technical parameters of the manufacture requires next-level expertise. Getting the watchmaking and creative teams in tune is certainly no walk in the park. At the end of the day, the watch needs to be wearable and legible. That said, from what we can see during the press reveal, the Skeleton 8 Days seems to be hitting the right notes. So much so that it has received a GPHG nomination in the “Men’s” category. 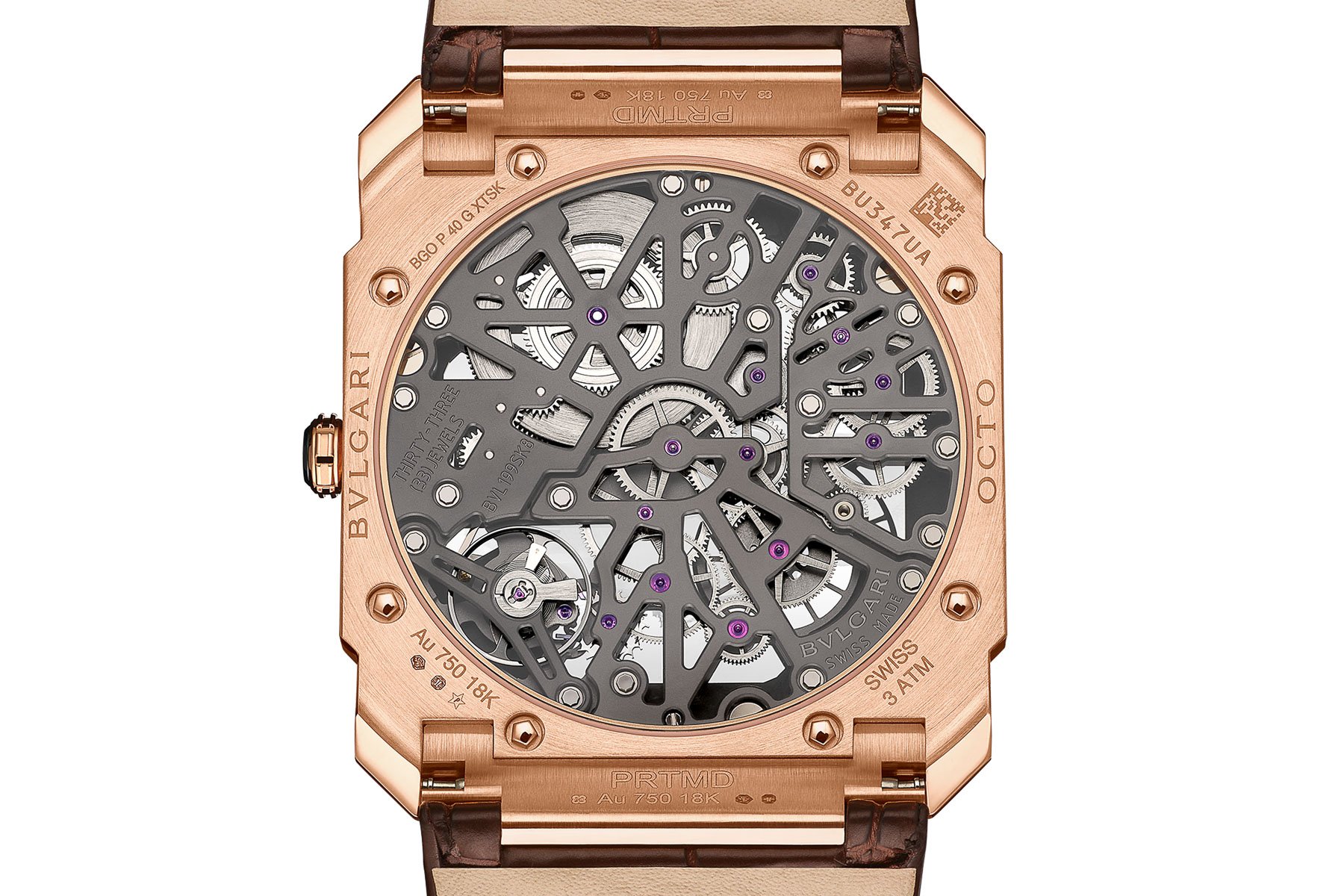 An upgrade both inside and out

Admittedly, we have seen the Octo Finissimo Skeleton in earlier iterations and different materials. But the upgrade in the new Skeleton is not just the case construction. The landmark movement aside, the execution of the skeleton style in this novelty is notably more refined. To further up the elegance stakes, the Skeleton 8 Days also brings back the rose gold armor with gold detailing. The dial’s gold-colored markings and applied indexes match the Octo’s signature cut-out hands. On the side is a rose gold crown with a black ceramic insert. To complete the look, the new Skeleton 8 Days comes on a dark brown alligator strap with a gold pin buckle. 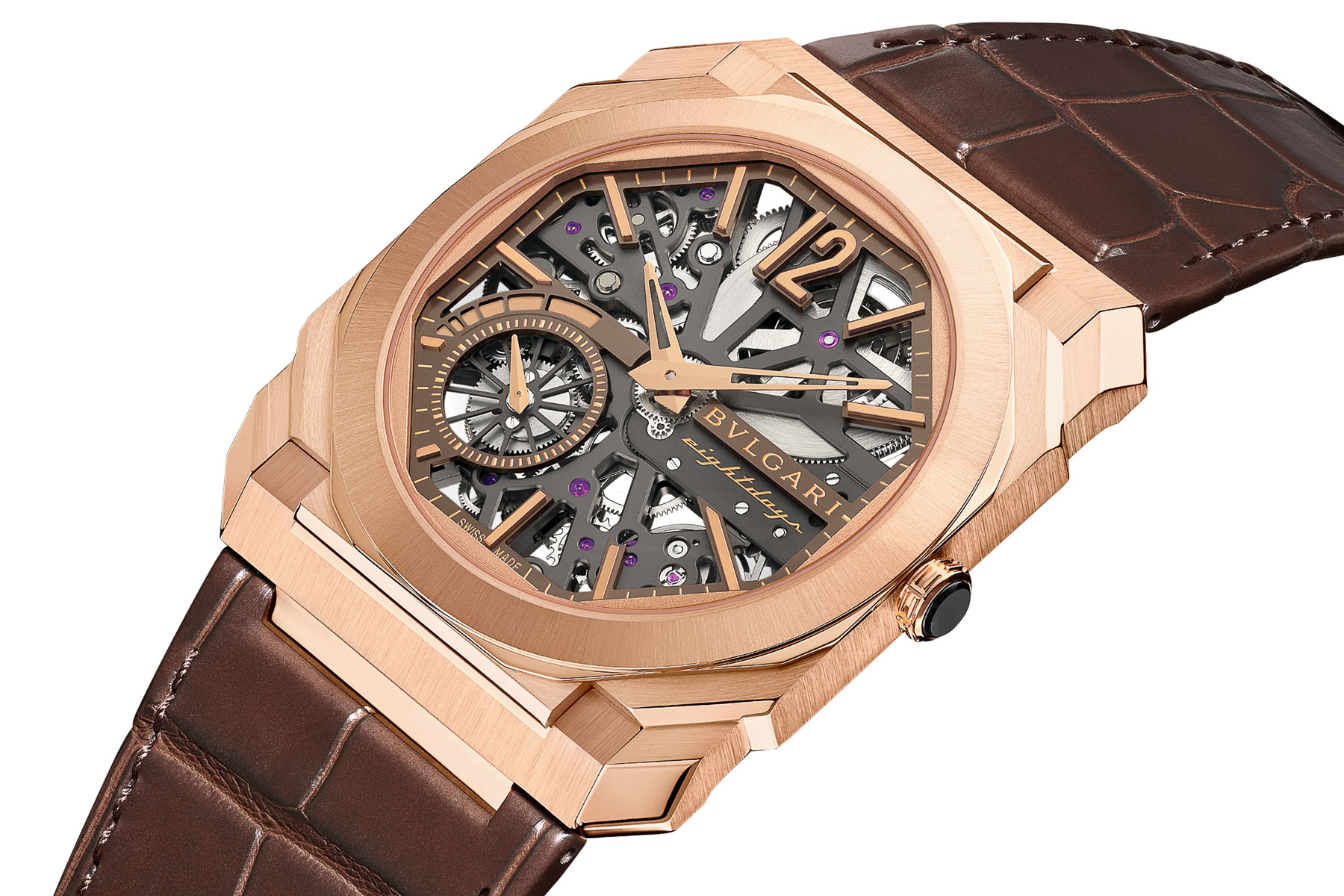 Based on our hands-on review of a gold Octo Finissimo in the past, the level of finishing is expected to be top-notch. Gold has made a strong comeback in the new releases, and I will take you through the other models tomorrow. In the meantime, you can see why RJ went as far as calling the prior gold Finissimo an endgame piece here. The Octo Finissimo is a modern icon because of its strong geometric lines and recognizable style. Sure, there are a lot of good-looking watches out there, but round cases make up the vast majority. A form that is so “out there” yet so appealing like the Octo Finissimo is much rarer indeed.

The Octo Finissimo Skeleton 8 Days is priced at €38,500 including VAT.