The Octo has reached its pinnacle. Now what?
Sky Sit
comments 3
Share 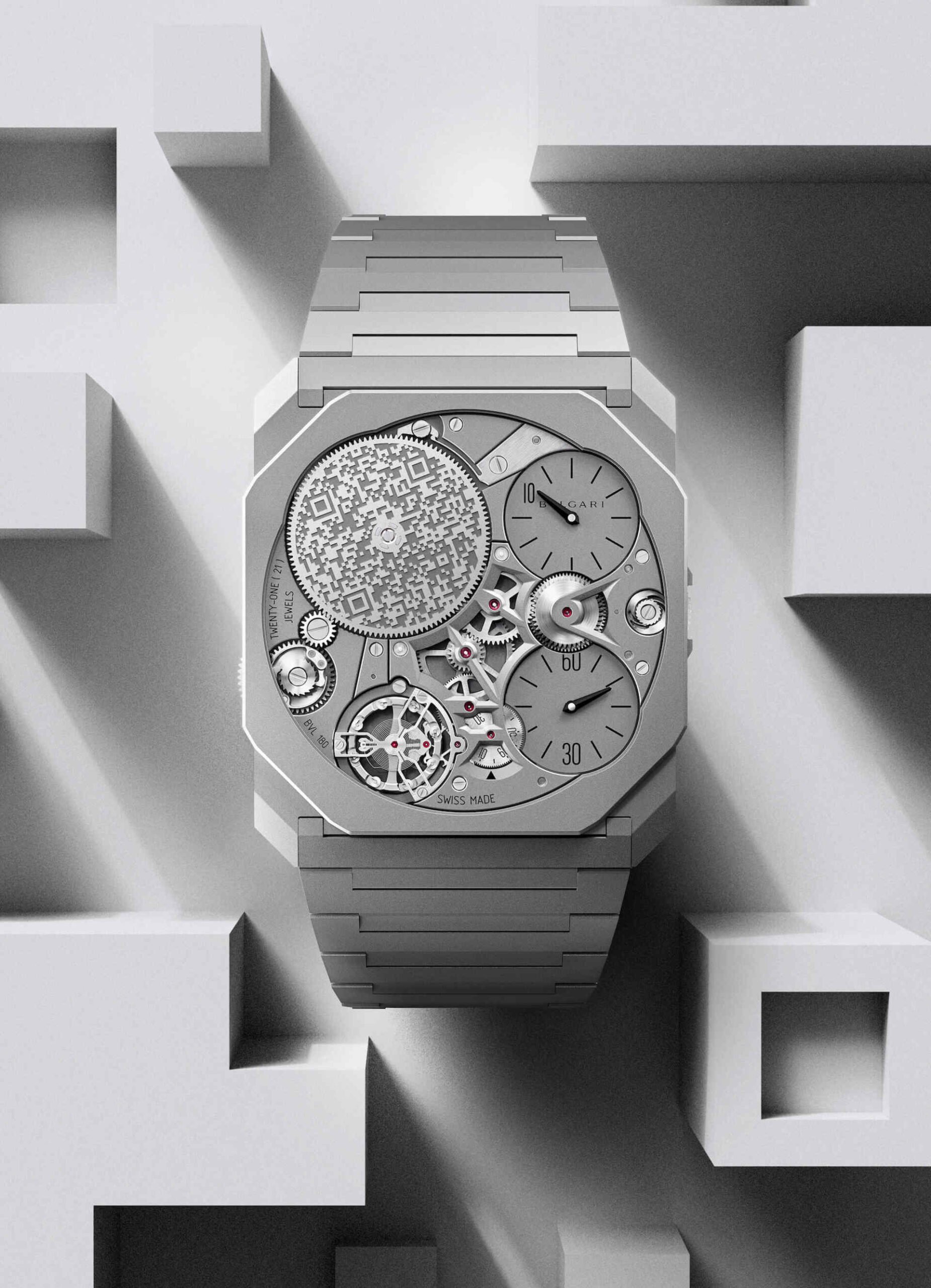 It all sounds a bit mysterious if not confusing, to be honest. On one hand, the Octo Finissimo’s presence was evidently not the focus at this year’s LVMH Watch Week. On the other hand, the brand is sharing details of the delivery package for the 10 limited pieces of the Octo Finissimo Ultra 10th Anniversary, tipping for new horizons in the virtual world. 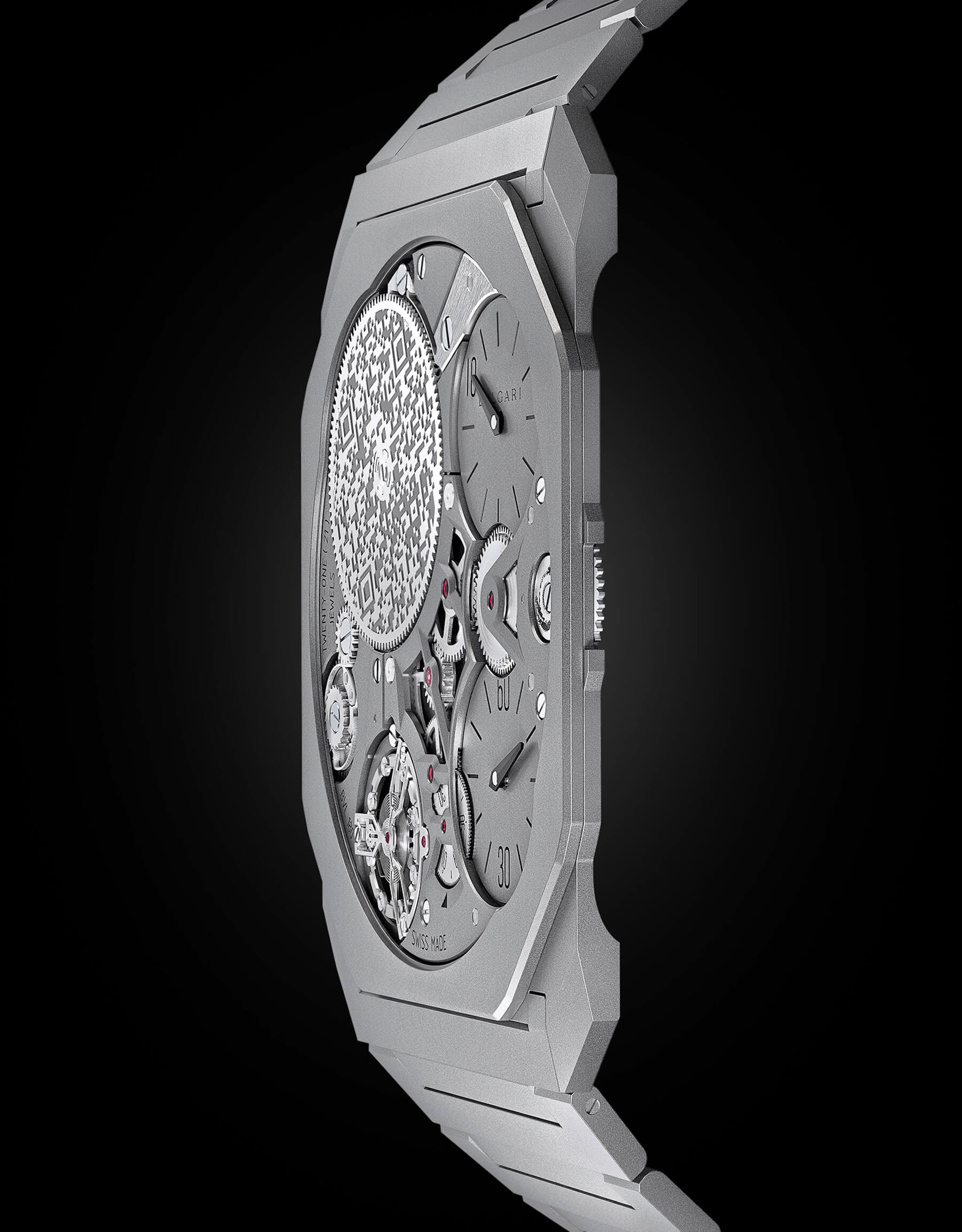 The watch itself is fundamentally identical to the 1.8mm thin Octo Finissimo Ultra that Lex shared early last year. It debuted in October and won the Audacity Prize on November 10th at the Grand Prix d’Horlogerie de Genève (GPHG) last year. The only subtle difference is the dial of this edition features a 10 instead of the original edition’s 6 and 12 numerals. According to Bvlgari, it serves as “a final nod” to the 10th anniversary of the Octo collection that evening in Geneva. 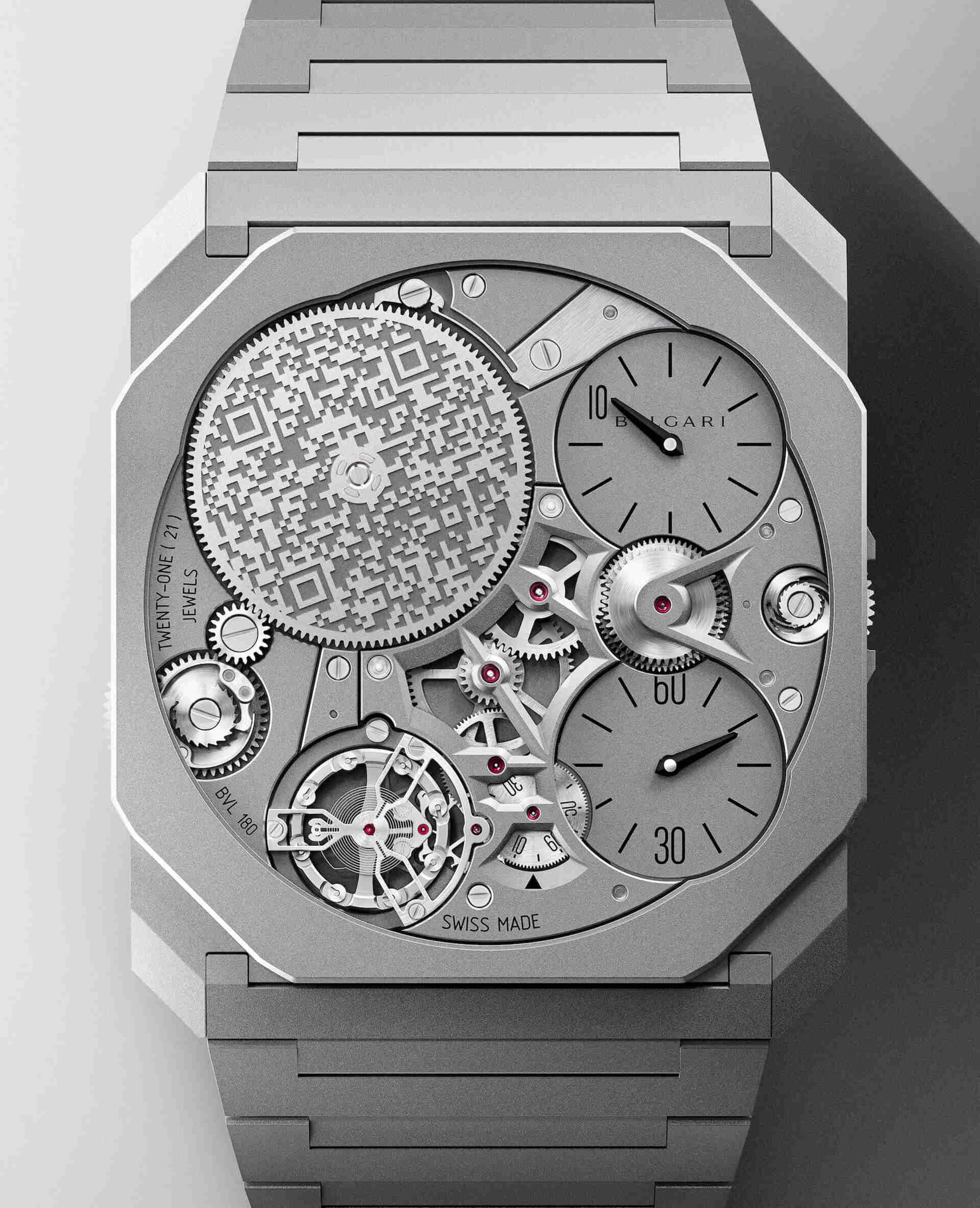 What does that mean?

Is it the end of the Octo Finissimo? While Lex back then expected to see more of the Ultra to come, what he and all of us didn’t see coming was Richard Mille’s announcement in July of the RM UP-01 Ferrari. The 1.75mm slim watch smashed a new world record for the thinnest watch. And perhaps for the Octo, after eight consecutive world records and more than 60 international prizes, it was time to end the long streak of winning all conceivable titles on a high note at the GPHG.

That brings us to the news today. As Bvlgari declares it will not chase another record of extreme thinness, then what’s next? The brand says that each of the 10 watches in the Octo Finissimo Ultra 10th Anniversary series will come in a high-tech presentation box. And it’s not just any watch box. This presentation box offers an innovative experience unlike any other. It can set and wind the watch docked inside with a push of a button. 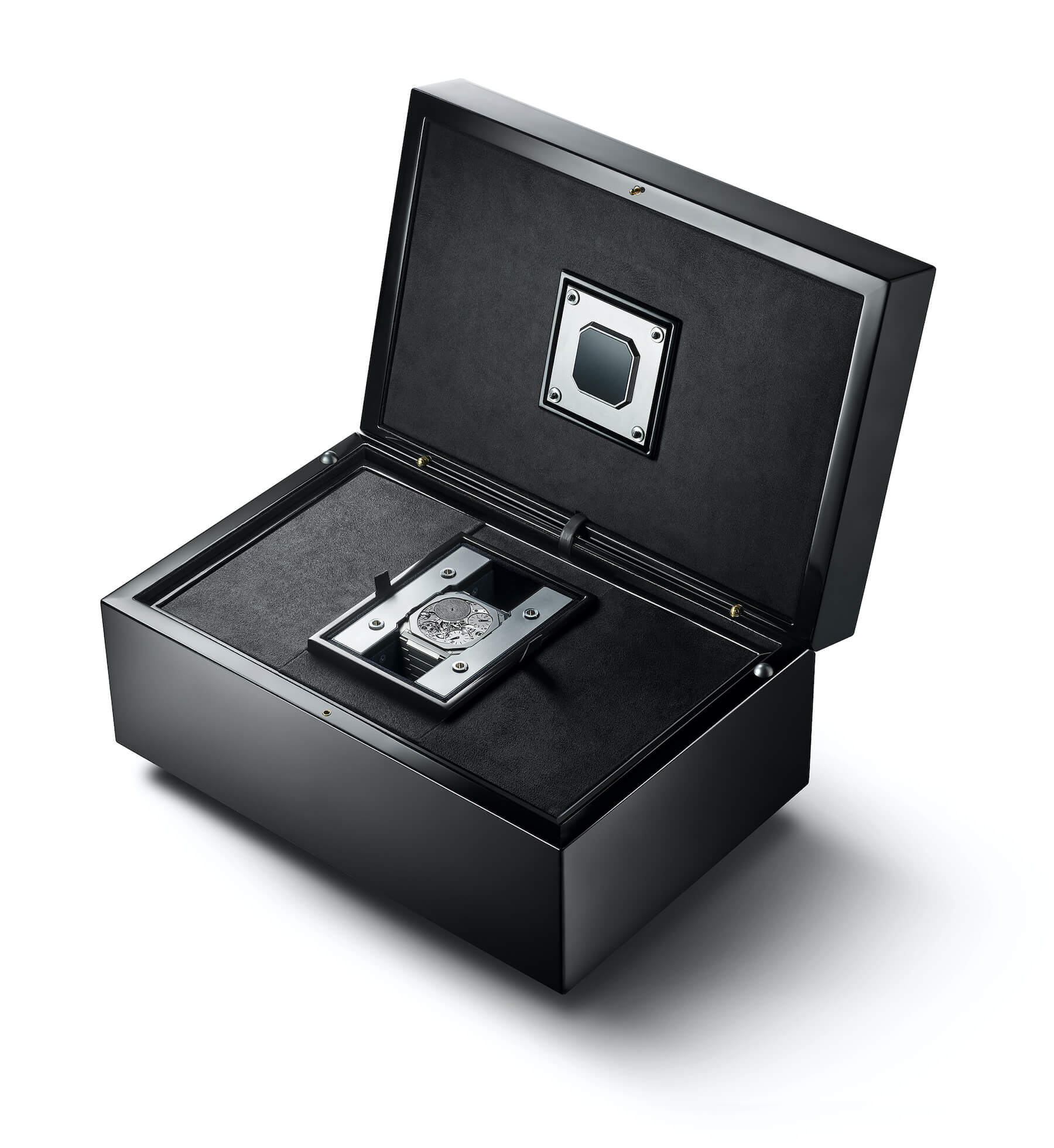 All an owner has to do is program on a digital screen a desired time for which the watch is set. They can then close the box and press a button to run the function. After some 20 seconds, the watch will be precisely set to the time programmed and fully wound, all without any noise or fuss. It takes all the hassle out of the winding and setting the watch. Of course, the owner can also still set the Octo Finissimo Ultra by hand. But with a cool gadget that can optimally adjust its delicate mechanism on demand, the Ultra is offering the next-level experience in this presentation box. 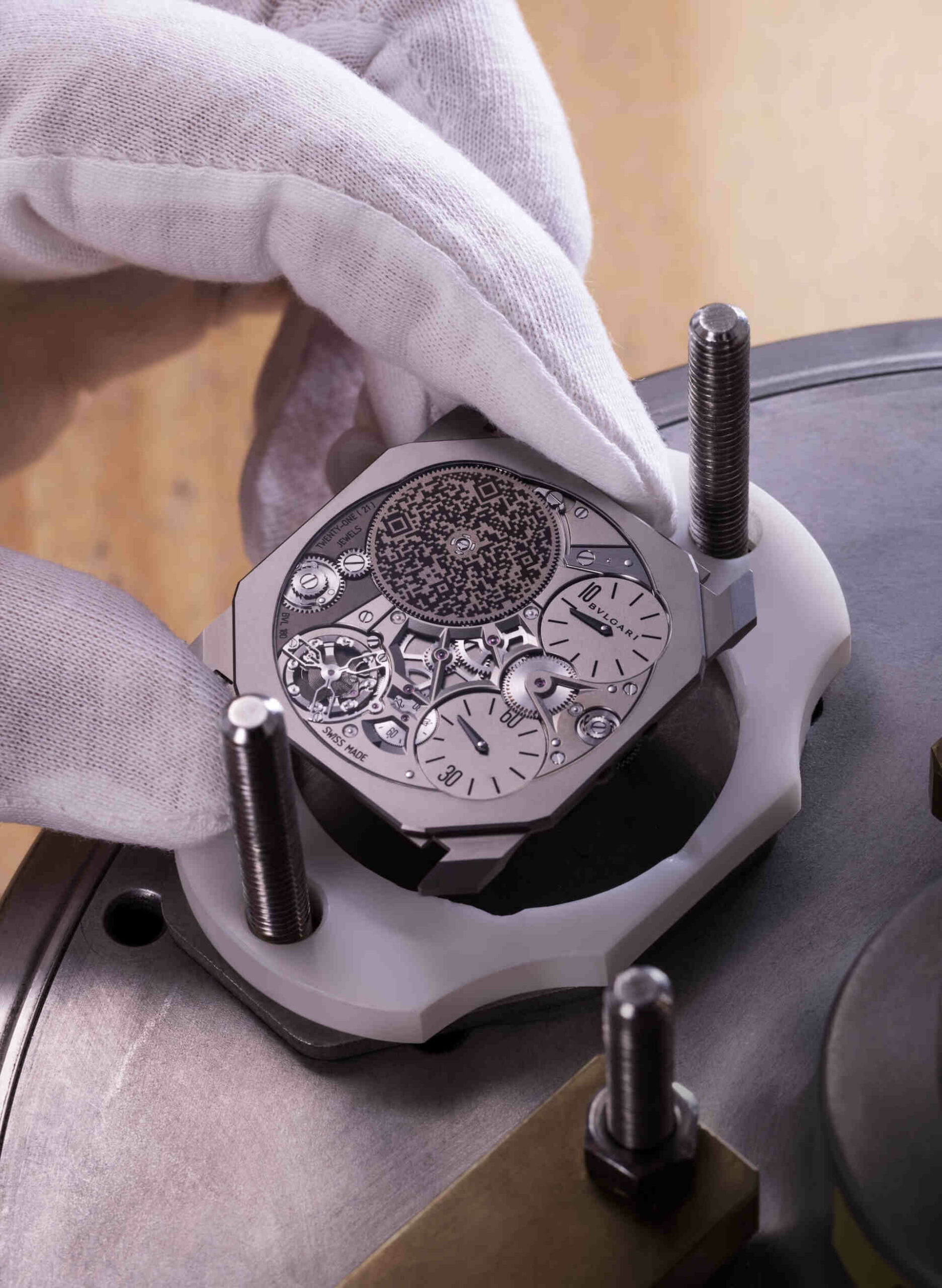 For the 10 lucky owners, the joy doesn’t stop there. Each Octo Finissimo Ultra carries a unique QR code that opens up a digital world. By scanning the code engraved on the ratchet of the barrel, each owner can access a personal mini website that features the making of their watch. There will be videos and photos of the construction of their watch, along with sketches and interviews behind the scenes. 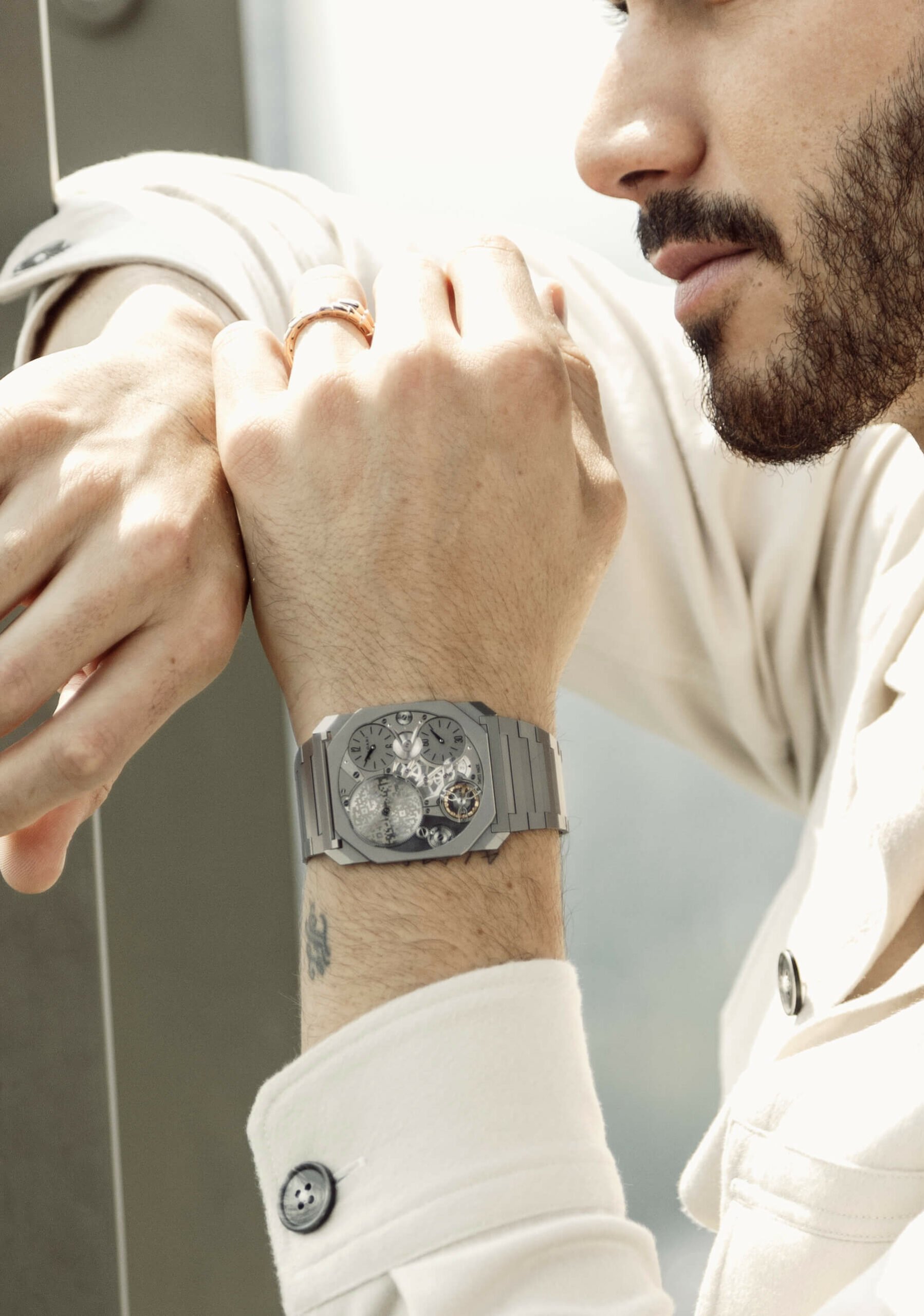 To top it off, each watch also comes with an NFT artwork created under the artistic direction of Fabrizio Buonamassa Stigliani, Product Creation Executive Director at Bvlgari. This composition not only tells the story of his decades-long experience in the world of the Octo, but it also reveals the path that led to the birth of the Octo Finissimo Ultra. The NFT is registered on the blockchain with the Bvlgari Singvlarity technology, one of the eight patents filed for the Ultra. The timepiece itself thus becomes the vault of its own provenance and associated NFT work of art.

Bvlgari says it’s playing between “reality and virtuality, exploring the infinite horizon of virtual reality.” While the gadgetry may be the finale that ushers the Octo Finissimo Ultra into the new connected worlds, what happens to the line next is anyone’s guess.