The Cartier Cheich: The Most Unexpected Watch The Brand Ever Created Comes Up For Auction

You know the Paris-Dakar Rally, of course. It’s the grueling motorsport event that began in 1979 as a 6,200-mile race from France to Senegal via the Sahara desert. But did you know that long ago, Cartier was involved? There was something known as the Cartier Challenge. The collaboration between the rally-raid organizer and the famous luxury brand led to the creation of the Cartier Cheich. It’s probably the most unexpected watch that the brand ever created. Only three Cartier Cheich watches ever saw the light of day, and one comes up for auction very soon. The extraordinary and extremely rare gold Cheich — named after and molded into the shape of a Bedouin head dress — could very well set a new record price for a Cartier watch when it comes up for auction in September.

The world’s toughest off-road competition and the high-end jeweler may seem worlds apart. Thirty-nine years ago, however, they came together in an unlikely collaboration to be remembered in the sale of a unique wristwatch. The Cartier Cheich that you see pictured here is estimated to fetch as much as €400,000 at auction. If auction results in recent years have taught us anything, however, this may be a laughably conservative estimate.

The story of this special watch dates back to the start of the fifth Paris-Dakar in 1983. That’s the year when the CEO of Cartier at the time, Alain Dominique Perrin, approached the event’s founder, Thierry Sabine. Perrin came up with the idea of offering a glittering prize to anyone who could achieve what both men actually considered impossible — winning the Paris-Dakar two years in succession using the same category of vehicle.

But the pair had not counted on the remarkable talent and superhuman endurance of diminutive motorcycle racer Gaston Rahier. The Belgian rider was the triple 125cc motocross world champion who, after giving up scrambling, became a rally-raid superstar. He did so on a towering and unwieldy BMW, a fact that makes the double win even more impressive. Rahier measured just 1.64m in his riding boots. 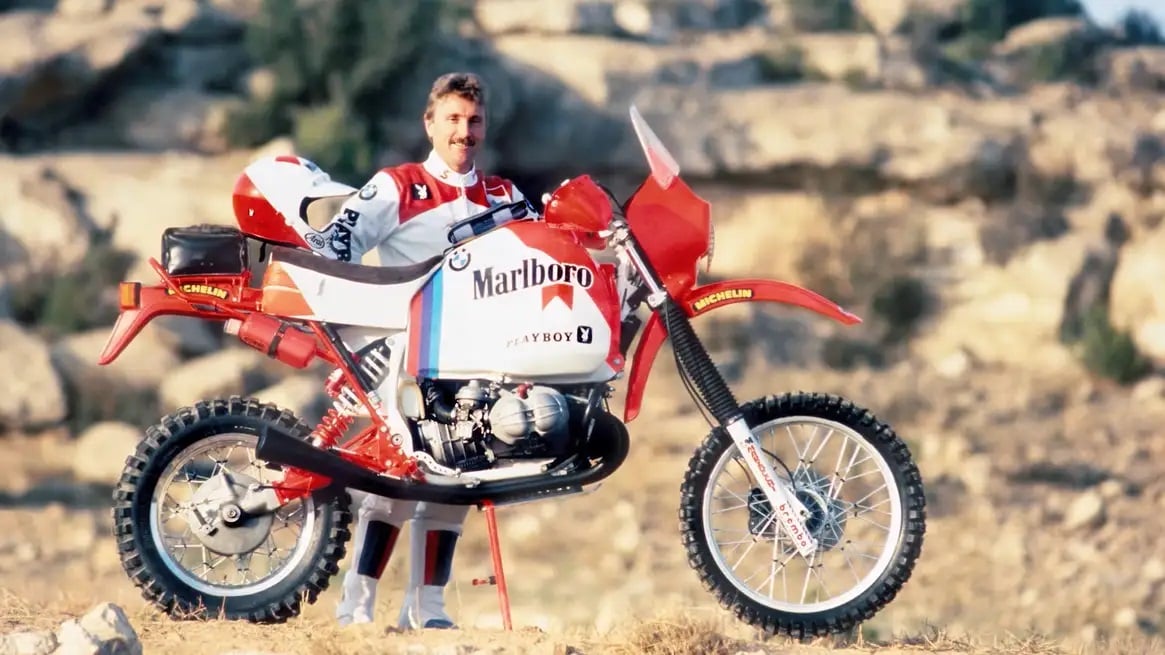 No sooner had the Cartier Challenge been announced than Rahier clinched victory in the 1984 event. He then followed it up with a win in 1985, thus meeting the requirements of the Cartier Challenge. His prize was the decidedly unusual Cheich watch, which his family will offer for sale through Sotheby’s Paris this coming September. Inspired by the rally’s logo — the silhouetted face of a Tuareg tribesman wearing the traditional cotton head protector known as a “cheich” — the watch is forged from three colors of 18K gold (white, rose, and yellow). The result is a monumental case that meticulously replicates every one of the garment’s soft folds. 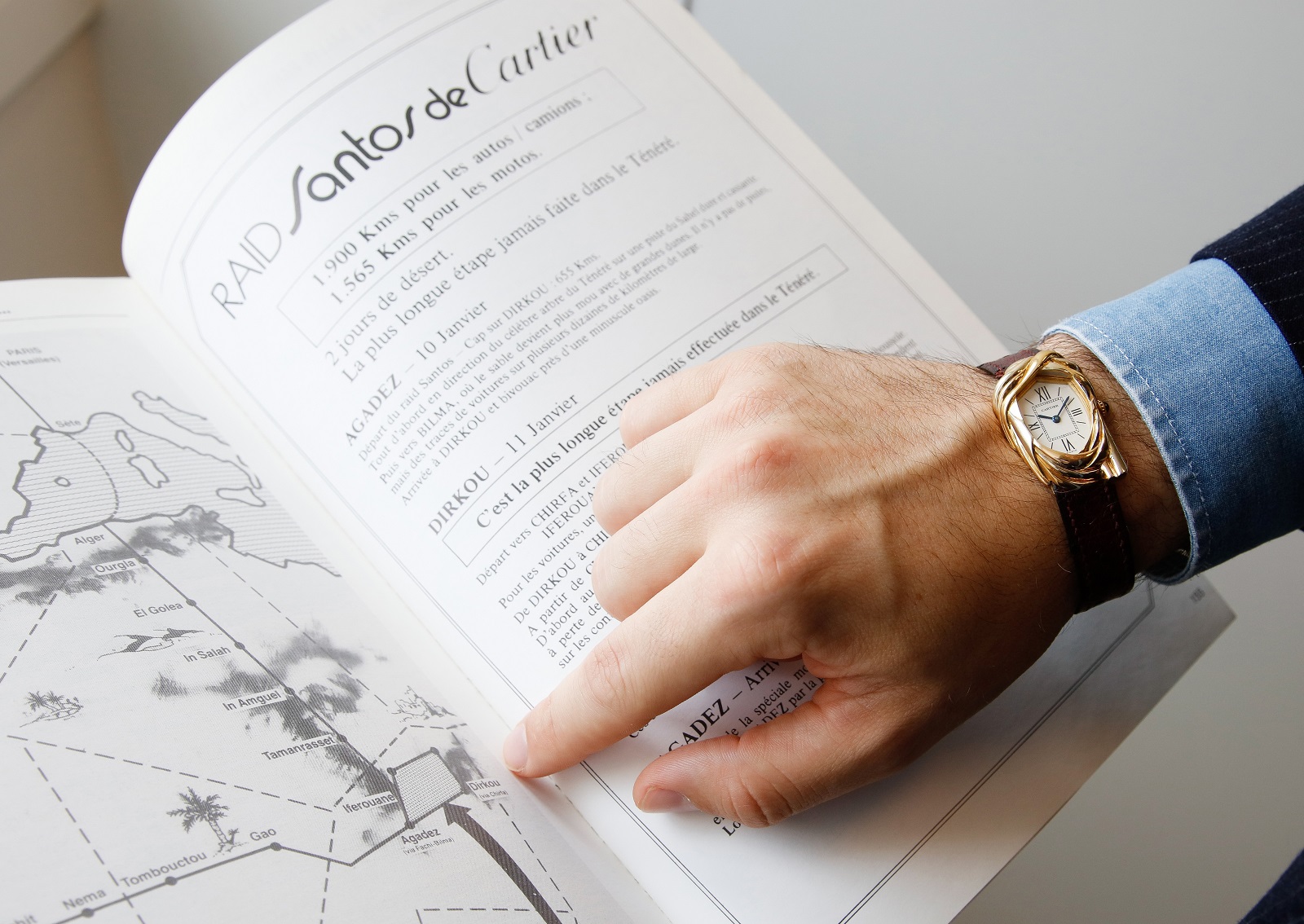 Nestled within the folds is a typical Cartier dress-watch dial with a rectangular minute track and a combination of baton and Roman numeral hour markers. The winding crown, in typical Cartier fashion, features the maker’s signature blue cabochon. Such is the design of the case, however, that Cartier could not use conventional lugs. Instead, the leather band passes “invisibly” through the back.

Along with the original strap, the watch is accompanied by the bespoke box in which it was presented to Rahier. Inside the lid, it carries the legend “Trophee Paris Alger Dakar” in gold script. Only three Cheich watches are known to have been created — the one awarded to Rahier; another for a potential female winner, and a third made in 1985 for anyone else who achieved the necessary double victory.

The Cartier Challenge, however, came to an end almost as quickly as it had begun due to the sudden death of Thierry Sabine in a helicopter crash in Mali that was caused by a sandstorm towards the end of the 1986 event. 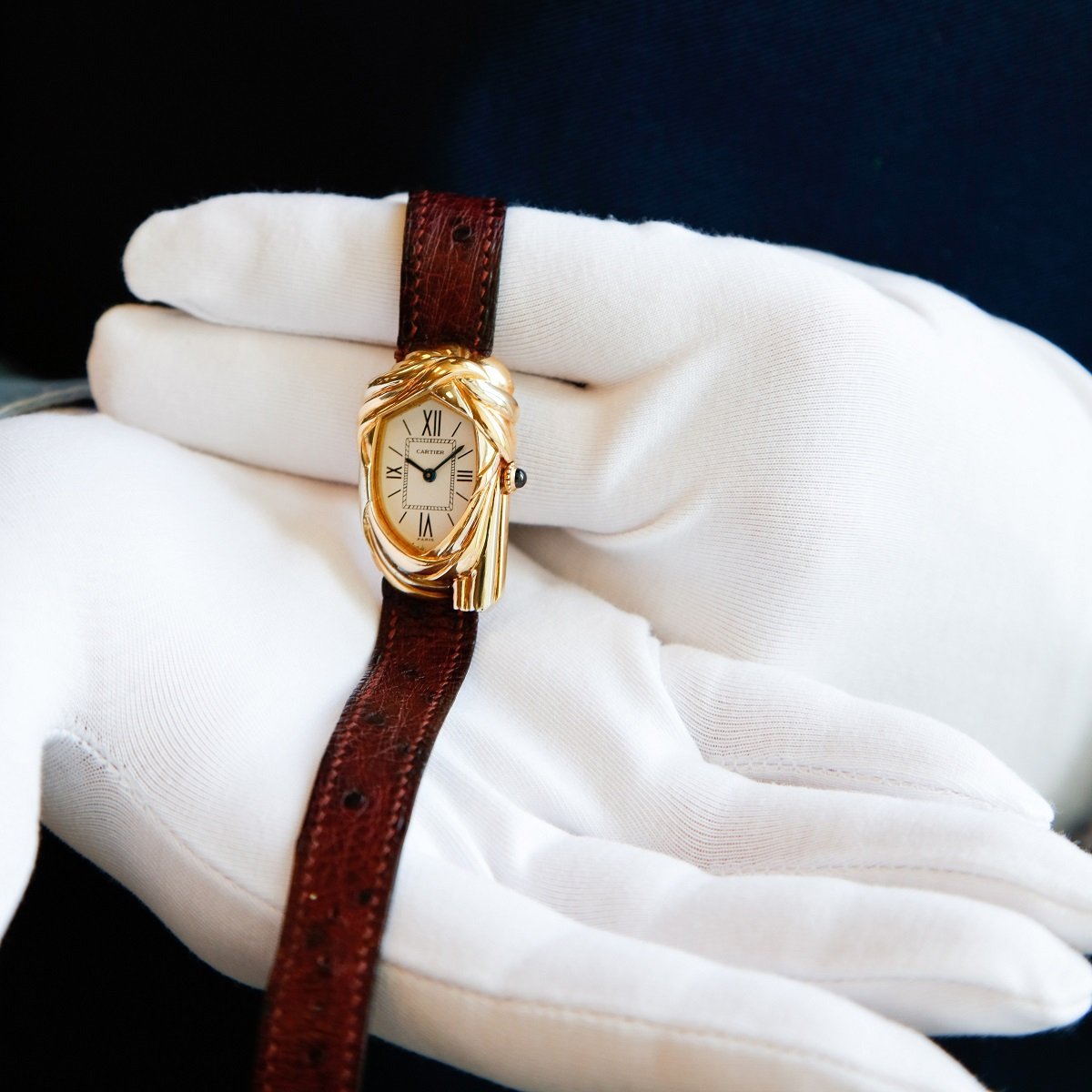 The only chance to own the Cartier Cheich

The other two examples of the Cheich — one in a slightly different configuration and without a minute track, the other in a smaller size in case the Challenge was successfully met by a female racer — remain in Cartier’s historic collection and will never be sold.

Sotheby’s will offer the Rahier Cheich at its Paris watch auction in September. It carries a pre-sale estimate of €200,000-400,000. But that could prove to be highly conservative, as the value of vintage Cartier pieces has been on a sharp upward trajectory for the past three years. In the spring of 2021, Phillips sold a 1972 Cartier Pebble at its Geneva auction for €362,000. Shortly after that, Bonhams London sold another one with so-called “turtle strap” lugs for £225,250.

Both those prices, however, pale in comparison to the $1.65m achieved by online auction site Loupe This for a 1967 London Crash. But while that was an exceptionally rare watch and one of a believed dozen or so, the Cheich is a lot rarer and is said to be in pristine condition. 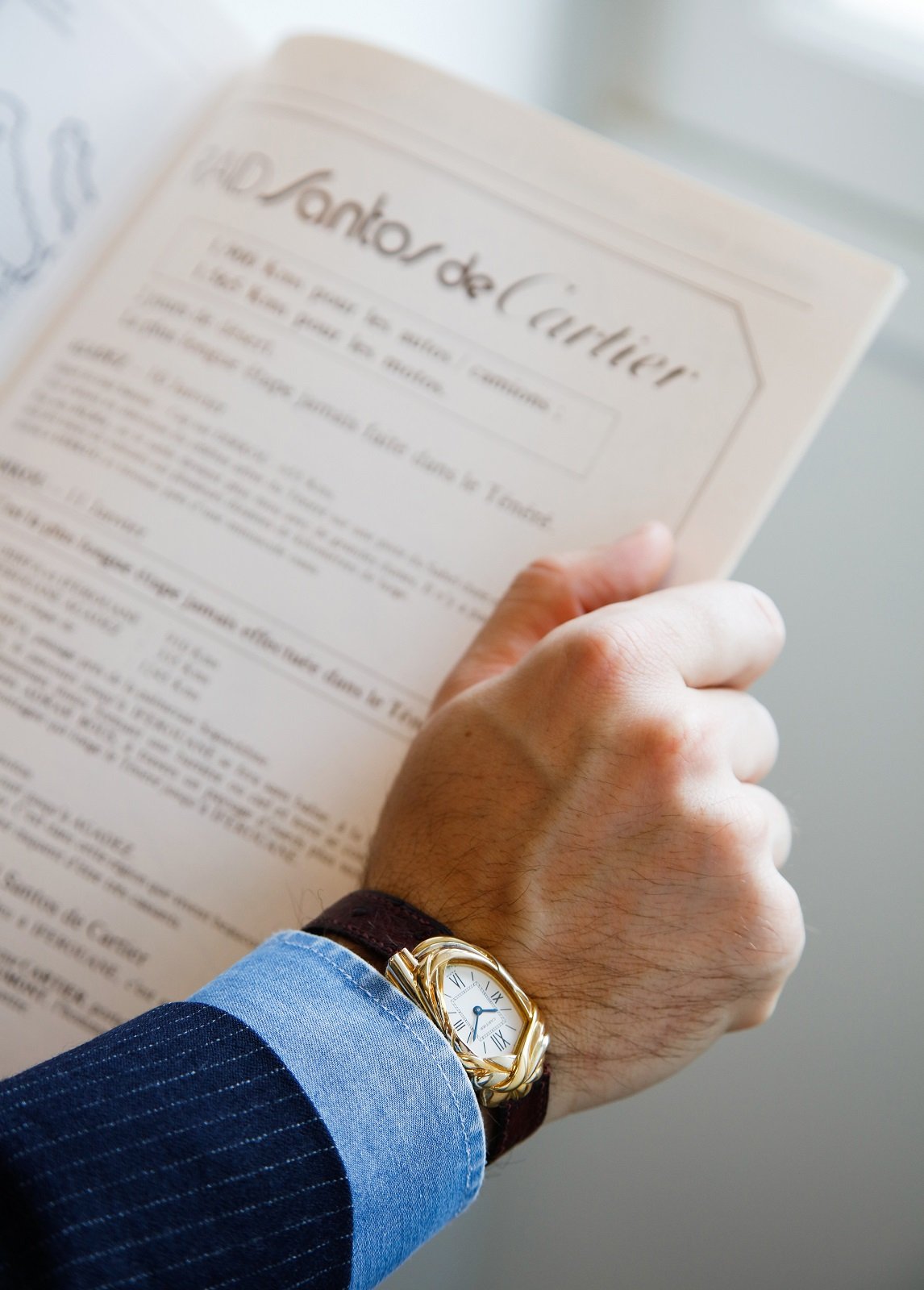 Rumors of a lost Cheich

That said, there is talk that a fourth Cheich was made and awarded to Hubert Auriol who won the Paris-Dakar with BMW in both 1981 and 1983. If it ever existed, however, it is now considered lost. And the world of motorcycle sports has also lost two great heroes; Rahier died in 2005 as a result of cancer at the young age of 58, while Auriol died in January last year, the victim of a “cardiovascular accident” while being treated for COVID-19. He was 68.

The Gaston Rahier Cartier Cheich goes on show to the public for the first time this week at Sotheby’s Monaco gallery, 20 Avenue de la Costa. It can be seen there until July 17th.