The Cartier Tank Is A Legend – Celebrating 100 Years

This year, Cartier is celebrating the 100th anniversary of their Tank watch. Created by Louis Cartier in 1917, inspired by the (then) new Renault tanks that were used at the front during WW1. Based on this design, Cartier has made beautiful variations; the Tank Louis Cartier, the Tank Américaine and the Tank Française.

Cartier Tank is a Legend

The Tank design has been copied by many, but there’s only one original of course. The Tank is a rectangular watch, but not exactly, as the sides (also referred to as brancards) are a tad bit longer than the center part of the case. It allows the strap to become part of the overall design of the watch. Most Tank watches are characterized by having Roman numerals, chemin de fer (double line on the dial that represents the chapter ring), the aforementioned brancards and the winding crown with sapphire cabochon. An elegant appearance that is suitable for both men and women. And can be seen on the wrist of many famous men and women, today and in the past. 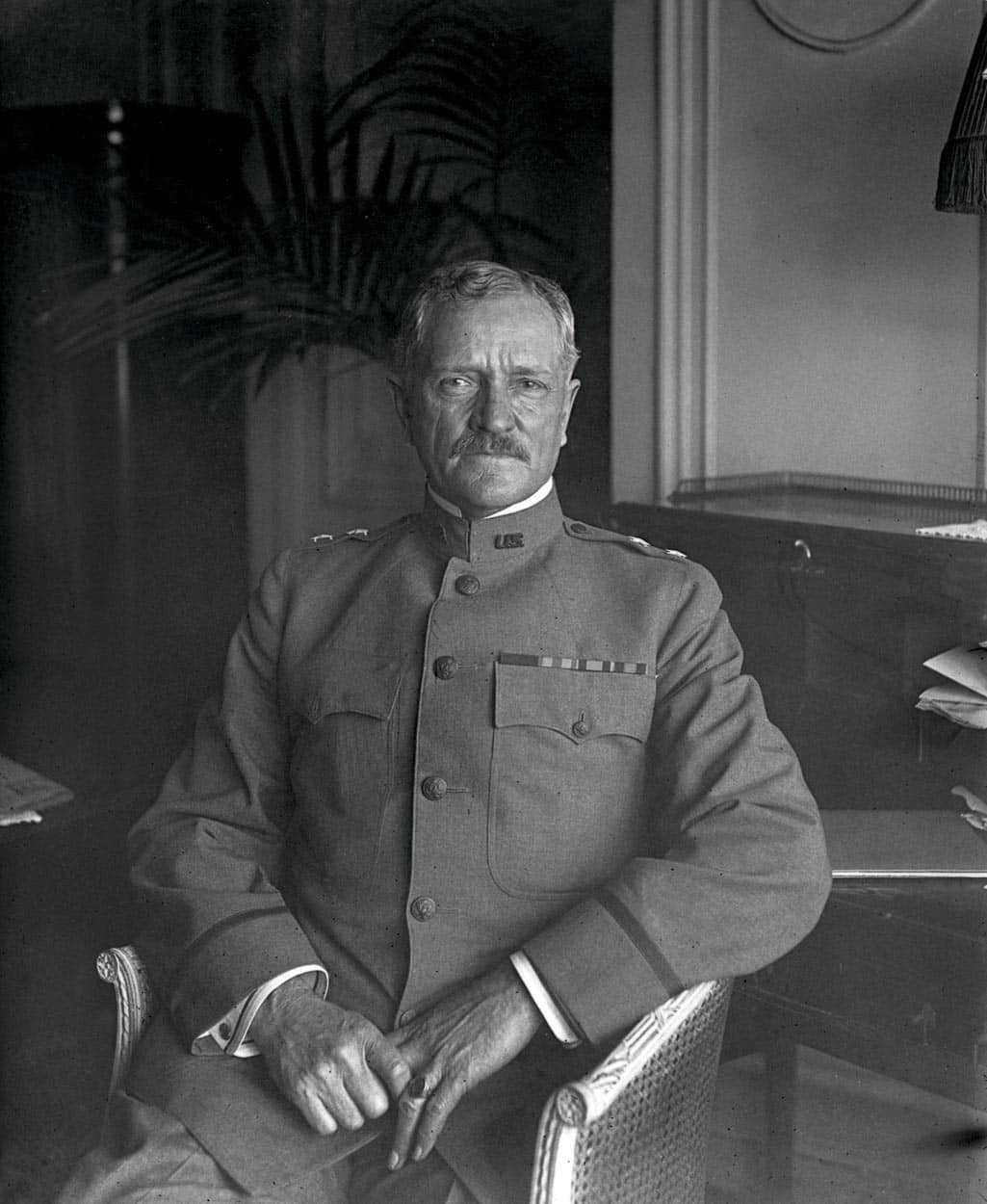 General John Pershing, one of the first Cartier Tank owners.

Legend has it, that one of the first Tank watches was presented by Louis Cartier to General John Pershing, commander of the American Expeditionary Force in Europe in WW1. A token of thanks, and this gift also made him one of the first prominent owners of a Tank watch. Other famous Tank wearers include Gary Cooper, Catherine Deneuve, Alain Delon, Gunter Sachs, Andy Warhol, Yves Saint Laurent, Jackie Kennedy (now Kim Kardashian’s watch) and Princess Diana.

To celebrate the 100th anniversary, Cartier is introducing to you a number of new Tank watches. The Tank Louis Cartier, Tank Francaise, Tank Américaine and Tank Cintrée collections all have a number of new editions. Let’s have a look.

First created in 1922, the new models come in different sizes (small and large) but all with the same manual-wound Cartier Caliber 8971MC movement. Ladies can choose from pink gold and white gold, set with diamonds. Then there are two pink gold models available in small and large size, without diamonds. For men and women.

Created in 1996, the Tank Francaise comes on a bracelet but certainly has the famous brancards, dial with Roman numerals and ‘chemin de fer’. A new stainless steel version is available in small and medium, set with diamonds and powered by a quartz movement.

Based on the curved Tank Cintrée from 1921, the Tank Américaine was first introduced in 1989. A beautiful tank-shaped case design, with a slightly convex form. According to Cartier, a homage to the very first Tank given to General Pershing. The Tank Américaine was also the first of the Tank collection that offered a curved water resistant case. The new 2017 Tank Américaine watches comes in three sizes: small, medium and large. The small version has a quartz movement while the two other models come with an automatic movement.

For the occasion, Cartier is introducing two stunning Cintrée Skeleton watches based on the 1921 model. The Cintrée Skeleton comes in pink gold and platinum, both with the manual winding caliber 9917MC movement. Both watches are limited to 100 pieces. The skeleton movement follows the curves of the Tank case while the transparent dial shows some of the the essentials of a Tank watch: the hands and the chemin de fer (minute track). Also available in a diamond set case.

For more information on the Tank watch, visit Cartier on-line.

Hot Topics
When Sneaker Heads And Time Geeks Team Up — The 11 Most Iconic Sneakers And The Watches That Go With Them
59 comments
A Californian Controversy: The Origins Of The Term “California Dial” And Why It Can Mean Two Very Different Things…
51 comments
What Zenith Is Doing Wrong With Its Pilot Line And How The Brand Could Fix It
34 comments
The Best Omega Watches Of Daniel Craig’s James Bond Era — Have Your Say!
28 comments
Why The Rolex GMT-Master II 16713 “Root Beer” Is Better Than The 126711CHNR “Cough Syrup”
26 comments
Popular
Rolex Submariner – Historical Overview Of A Diving Legend
Robert-Jan Broer
18
Rolex Submariner Hulk versus Seiko SLA019 : Shades of Green
Michael Stockton
23
Speedy Tuesday – The Original Omega Speedmaster Ultraman
Robert-Jan Broer
5