Hands-On With The Seiko SLA019J1 Marinemaster

The Seiko Marinemaster 300 is the best watch I got in recent years. Period. Emotions aside, this watch is so much bang for the buck, that it wins hands down from other diving watches by brands like Tudor, Oris, Longines and perhaps even IWC, Omega and Rolex considering what you’d get for the money. Quite a bold statement, but when I received it in January 2015, it had a list price of €2000 and there was nothing that came close to the specifications the Marinemaster 300 had for that price. Now, they discontinued the Marinemaster 300 (SBDX017) and introduced this Seiko SLA019J1 or ‘1968 Automatic Diver’s Limited Edition’ as it is officially referred to. Is it still as good and ass-kicking as its predecessors? Let’s have a look. 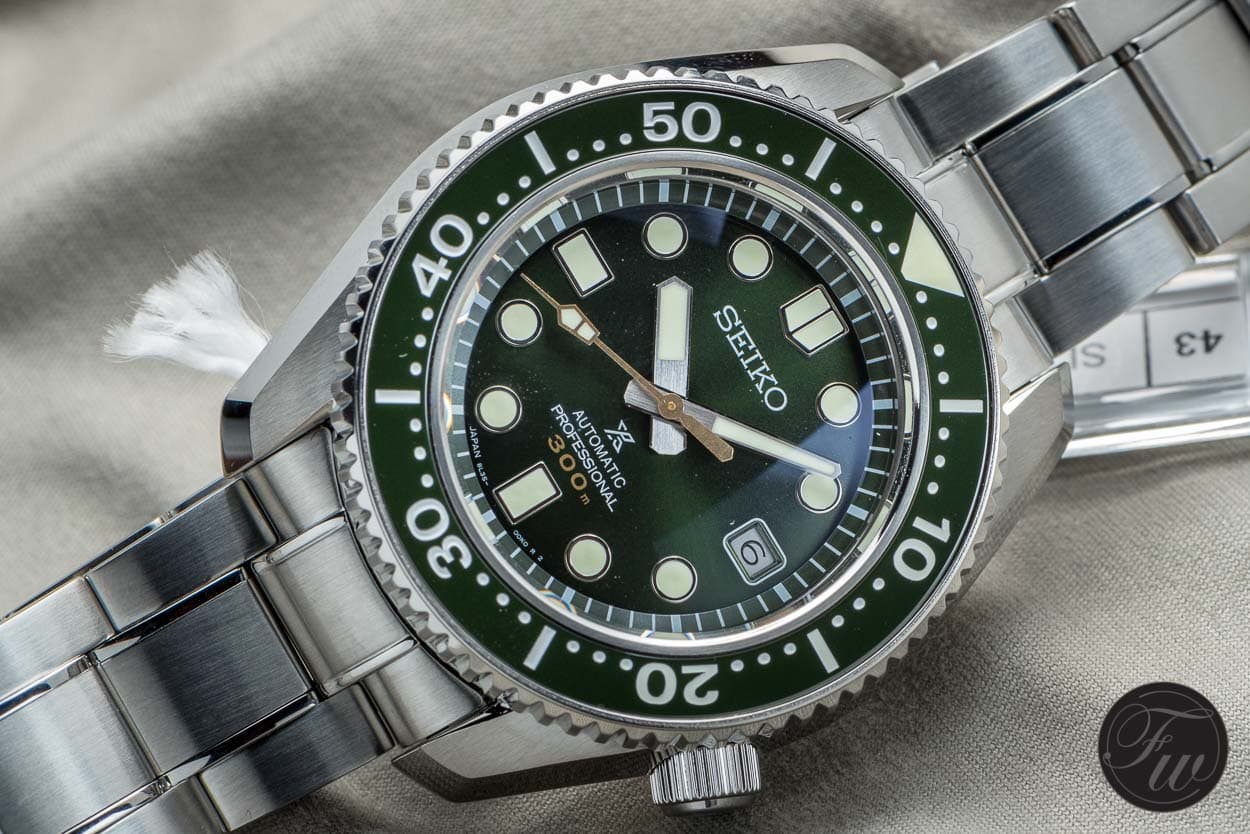 Officially, the Seiko SLA019J1 is not a Marinemaster, but we all know it is, of course. This reference is a commemorative (limited) edition to the first model from 1968, Seiko’s reference 6159. Below, the SBDX012 (2015’s anniversary model) and the vintage 1968 reference 6159-7000. Photo credit to Stefan Mollin (make sure to check his website), who is a collector and expert on Seiko watches.

With this 1968 Automatic Diver’s limited edition, the Seiko SLA019J1 is not the first nor only commemorative model that Seiko created for a historical watch. Just like many other brands, they find inspiration in their archives to come up with new watches for enthusiasts and collectors. And that’s not a bad thing in my opinion, as these historical models are quite sought after and highly in demand. People like these proven designs a lot. Collectors might rather go after the original references, but if these are simply not available or crazily expensive, a limited edition is the next best thing, right? 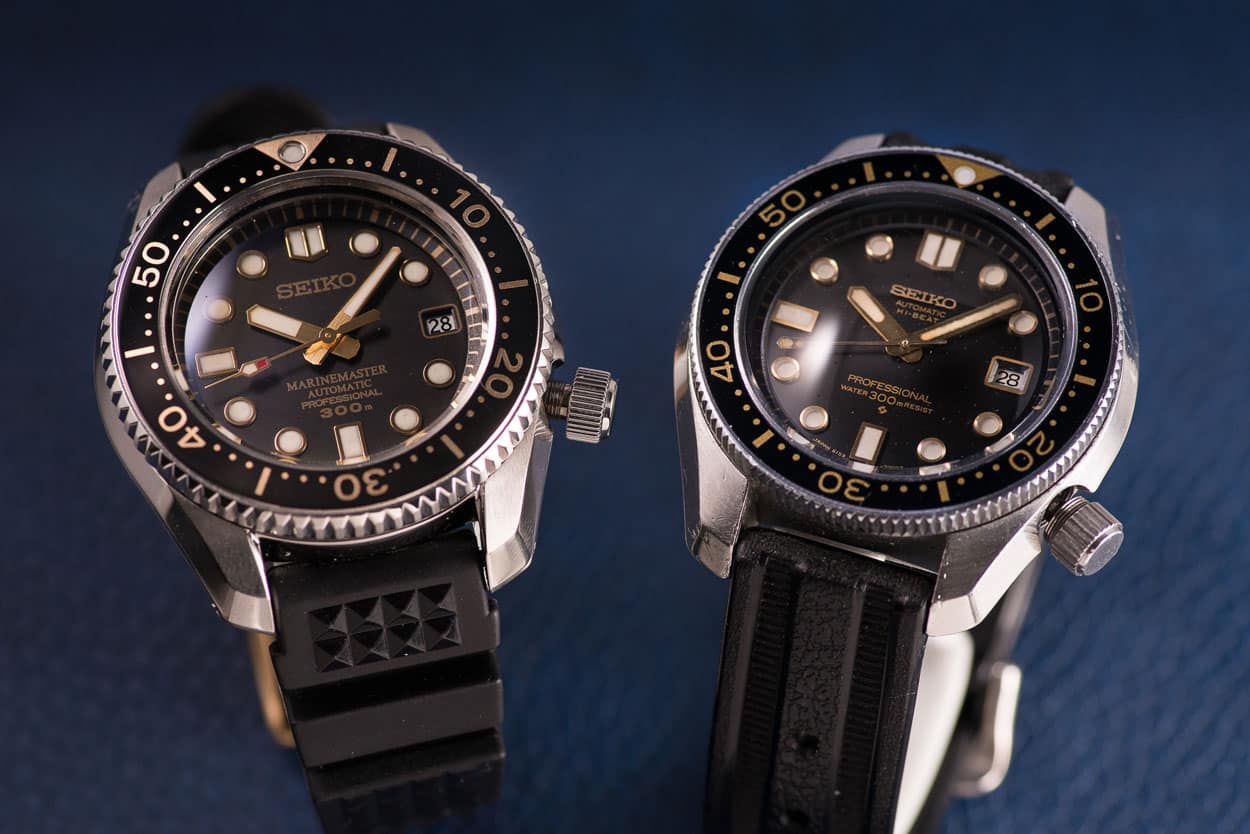 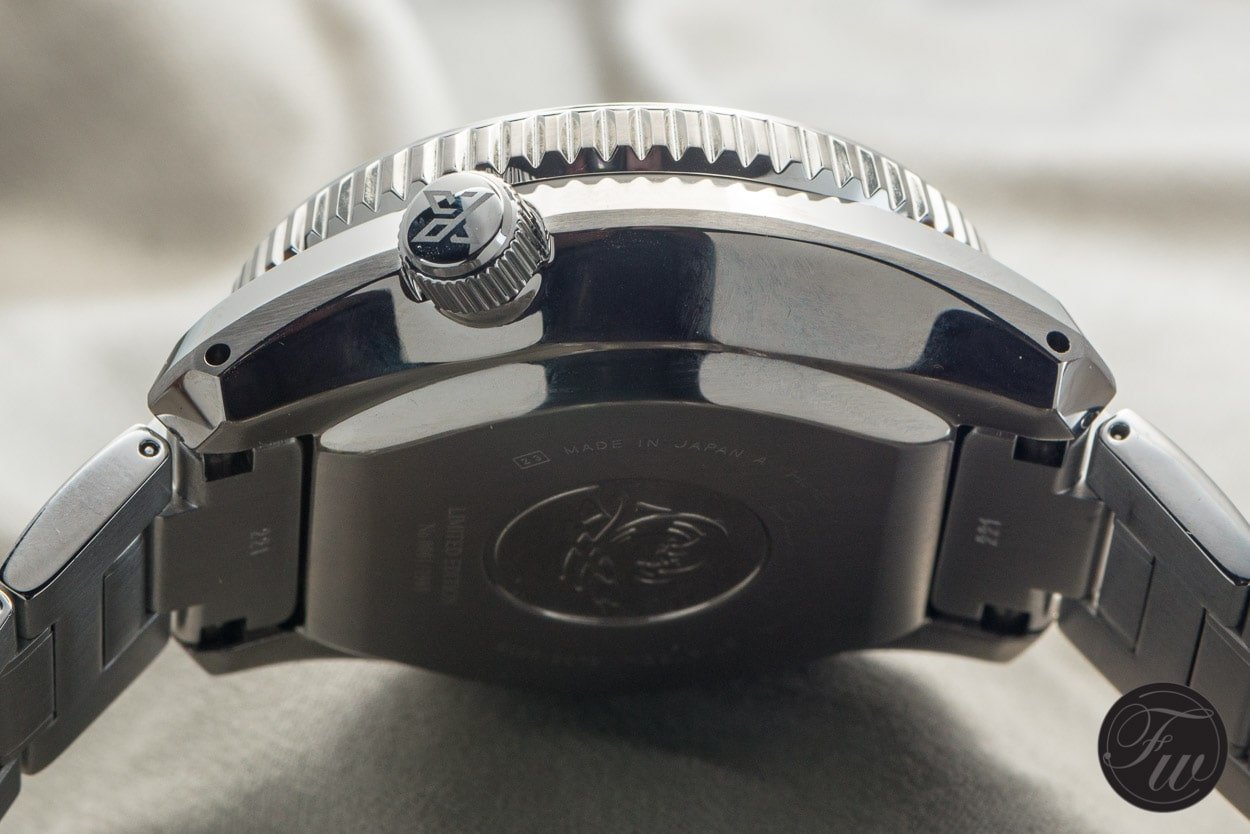 The SBDX001, the one that I have and reviewed in-depth back in 2015 (read it here) had some shortcomings, but only very small ones. The SBDX017 references that succeeded the SDBX001, had subtle updates. These were mainly with the movement (from 8L35 to 8L35B), that had the new MEMS technology and with the DiaShield coating of the case. A DLC treatment you could say, to protect the case and bracelet from being scratched too easily. Then, there was the addition of the Prospex logo on the crown and the use of a new Lumibrite composition on the dial and hands to make it even more luminous (and longer). What did not change, was the use of Seiko’s Hardlex crystal. When asked, Seiko said that using sapphire instead of Hardlex would increase the price of the watch quite a bit, while the extra hardness of the sapphire compared to Hardlex was not worth that much difference. However, the demand remained to exist, and for the new Seiko SLA019J1 they seem to have listened to the consumer. It now uses a sapphire crystal. 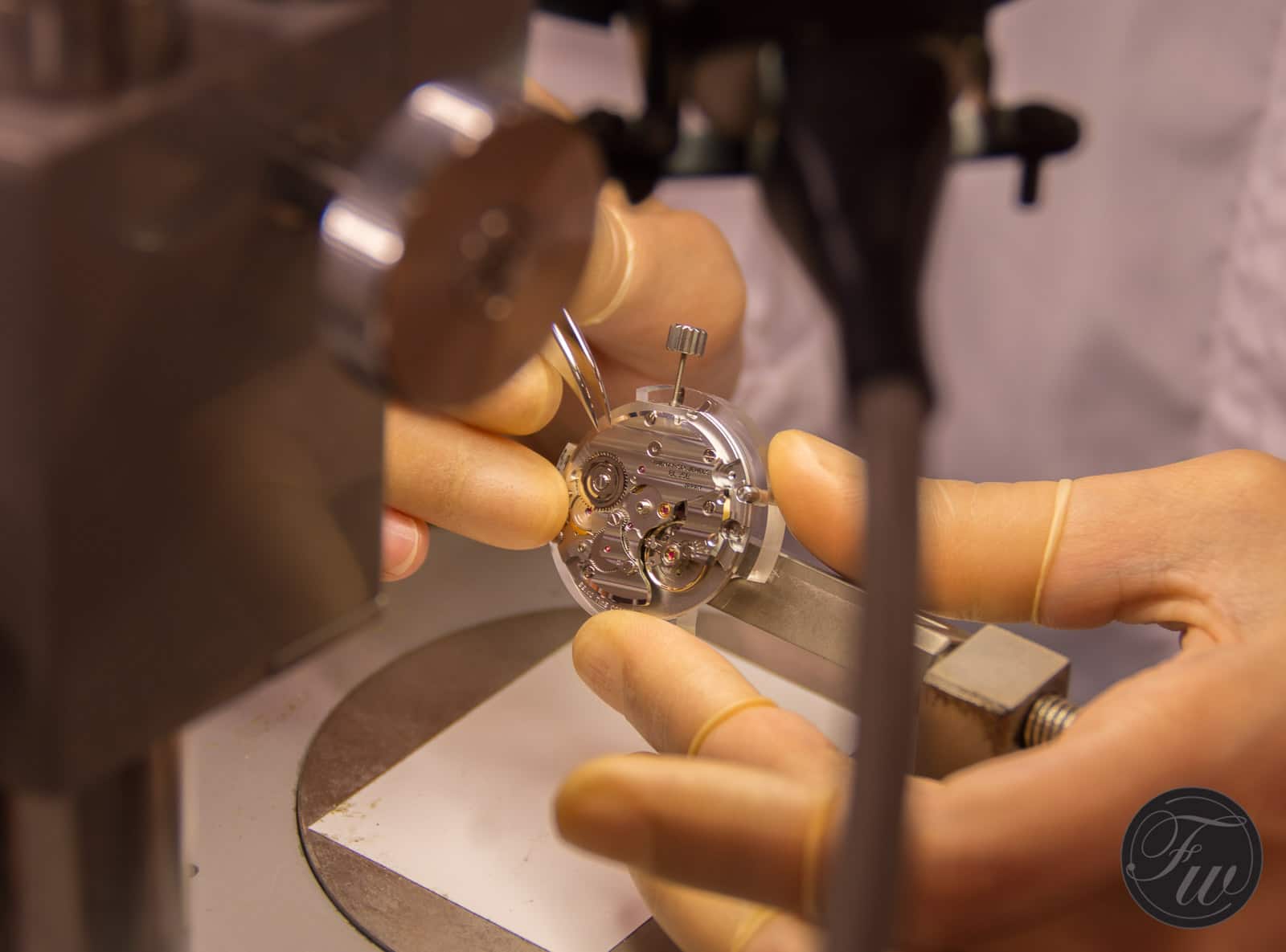 8L35 caliber, used in the Marinemaster collection, is also made in Morioka.

What’s New About The Seiko SLA019J1

But the sapphire crystal is not the only thing that changed compared to the Marinemaster 300 SBDX017. The diving bezel on the Marinemaster 300 might have looked like it was ceramic, due to its highly polish gloss, but it was just metal. Now with this new limited edition Seiko SLA019J1 Prospex, it is finally made of ceramic. The use of sapphire and a ceramic bezel is of course reflected in the price, to which I will get back later. 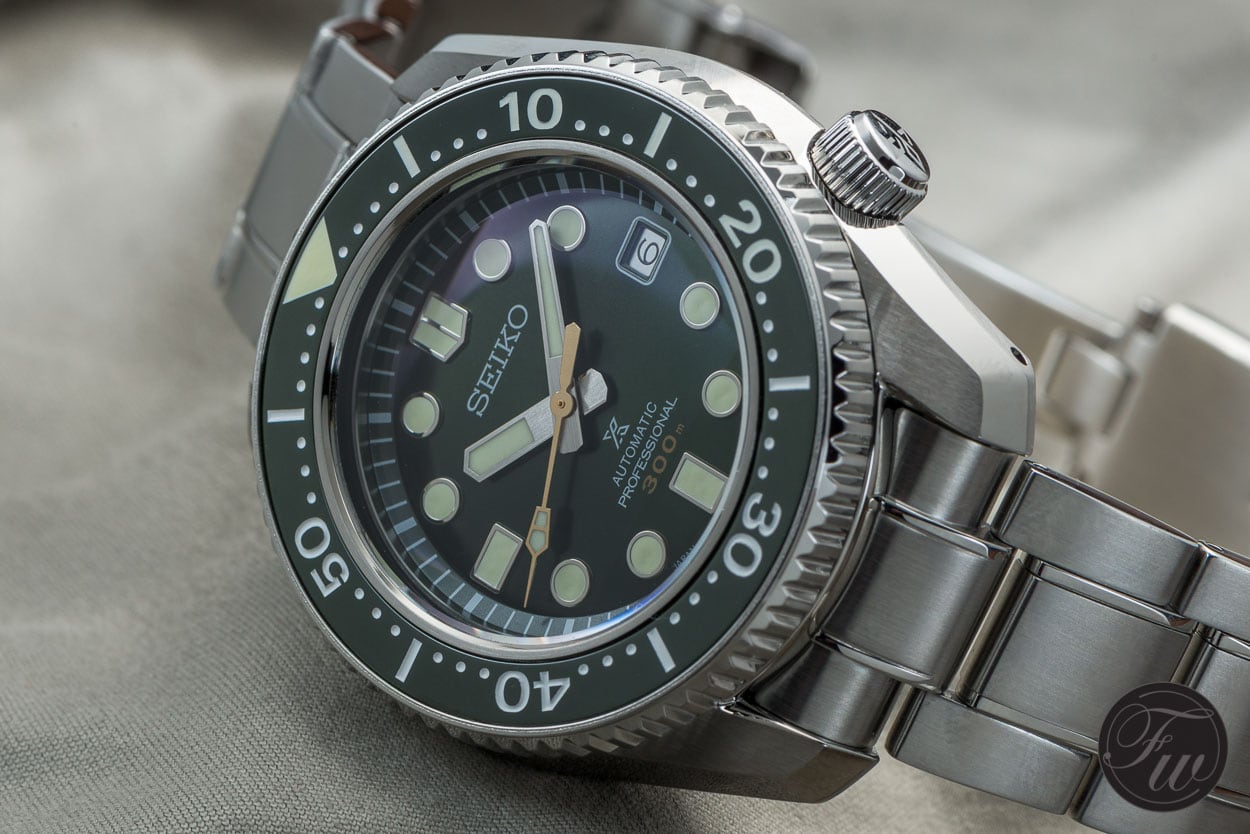 Most notable are of course the green colour of the dial and bezel on this Seiko SLA019J1 Prospex diver. Very hulk-ish, although the 44.3mm case stayed, so it is only the colour. Green looks good on the Seiko SLA019J1 and I can only imagine the run it will cause when the watch hits the stores this month. Only 1968 pieces will be made, to highlight the year of the original Seiko reference 6215-7000 diver’s watches. A few more pieces than the other commemorative edition to the 6215, the 1968 Automatic Diver’s Re-creation Limited Edition. We mentioned that watch briefly in our Seiko BaselWorld 2018 overview, where you can read that this model only has a production of 1500 pieces and is clearly a re-edition of the 6215. It uses the 8L55 movement, which is a high beat calibre (36000vph). The Seiko SLA019J1 is a modern interpretation, or perhaps the evolved model of the 1968 watch, just like the SBDX001 and SBDX017 Marinemaster 300 watches.

Back to the green, according to Seiko it has been inspired by the Yakushima Island. On this island, you will find the Japanese cedar, known as yakusugi, with its deep green coloured leaves. Due to its impressive forests, Yakushima Island is one of the UNESCO World Heritage Sites in Japan. Yakushima is known to have a lot of underwater treasures as well, making it a popular place for scuba diving. Now you know why Seiko chose the ceramic bezel and dial to be green. 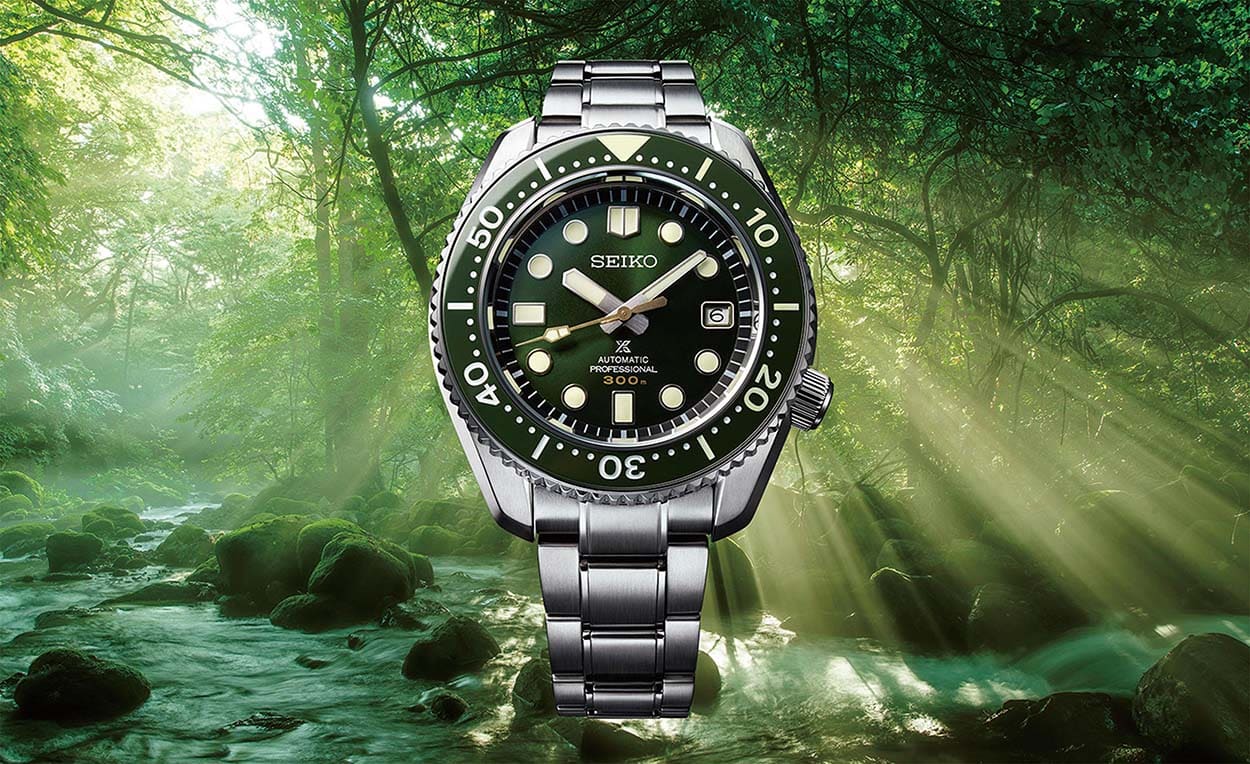 An interesting design feature is the use of the gold coloured seconds hand and the ‘300m’ printed in gold. My colleague Mike already commented on it in one of his BaselWorld 2018 reports, as he didn’t like this too much, but I have to disagree with him. I actually like the gold on green. Admittedly it isn’t very sporty perhaps, but neither am I and I think this combination is a bit like the image above (from Seiko), where you can see the gold colours of the sun rays in combination with the green of the forest on Yakushima Island.

Inside the Seiko SLA019J1, we find their calibre 8L35B movement that was also used in their SBDX017 reference. Although my own Marinemaster 300 SBDX001 has the previous iteration of this movement, I never noticed any deviation that annoyed me. The 8L35B is based on the Grand Seiko 9S55 calibre, but lacks the level of finish of the GS movement and doesn’t have the specific regulation that a GS watch receives. However, that doesn’t mean it performs noticeably worse. It is a good and reliable movement and fits a sports watch. Since you don’t see it anyway, I can do without the nice(r) GS finishing anyway. 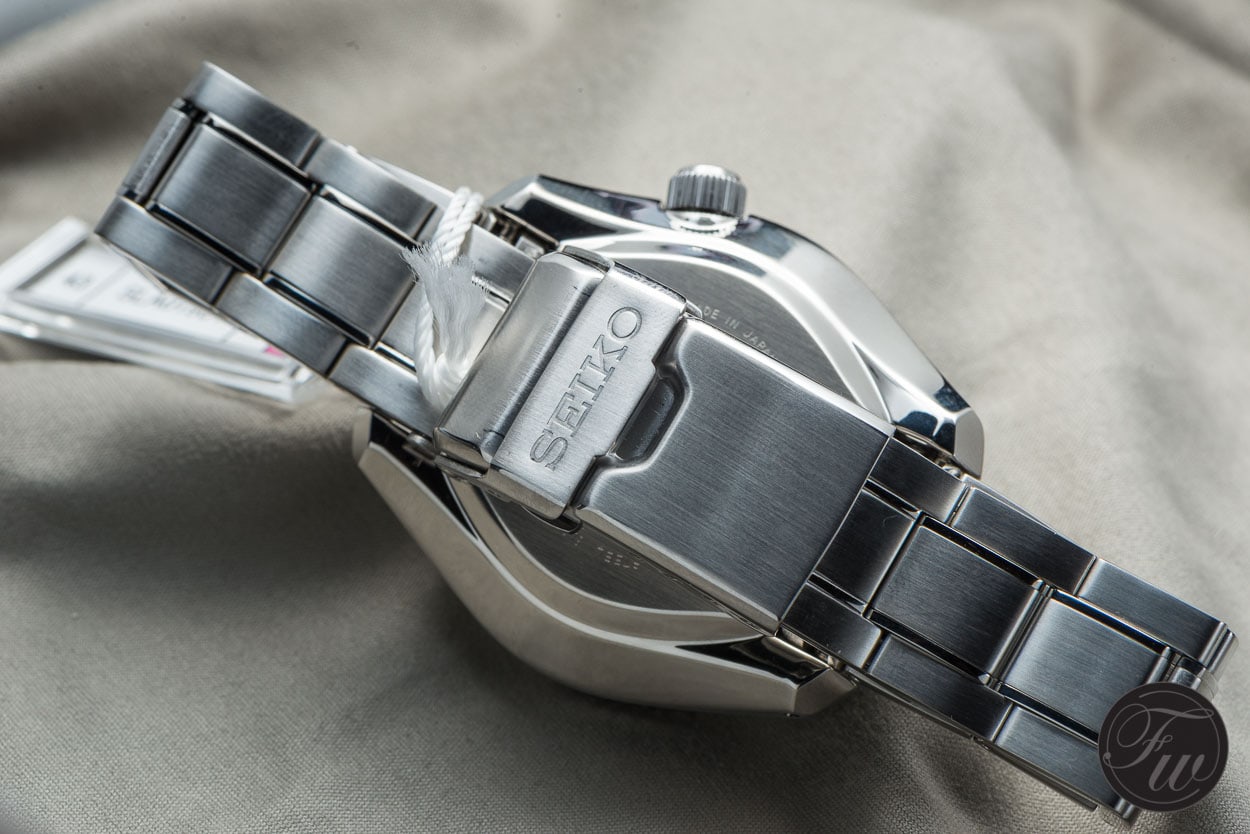 What didn’t change is the bracelet for this watch. Although there’s qualitywise nothing much wrong with the stainless steel bracelet, my regular complaint about them is still valid: the clasp. The clasp of the bracelet has the tendency to ‘extend’ when you open it, as the flip-lock also ‘unlocks’ the bracelet extension when you move it too far backwards. When it is on your wrist, nothing can go wrong. It is a good solid bracelet, but just this unwanted behaviour when release the folding clasp always annoys me. Besides the stainless steel bracelet, Seiko will throw in one of the comfortable silicon straps. 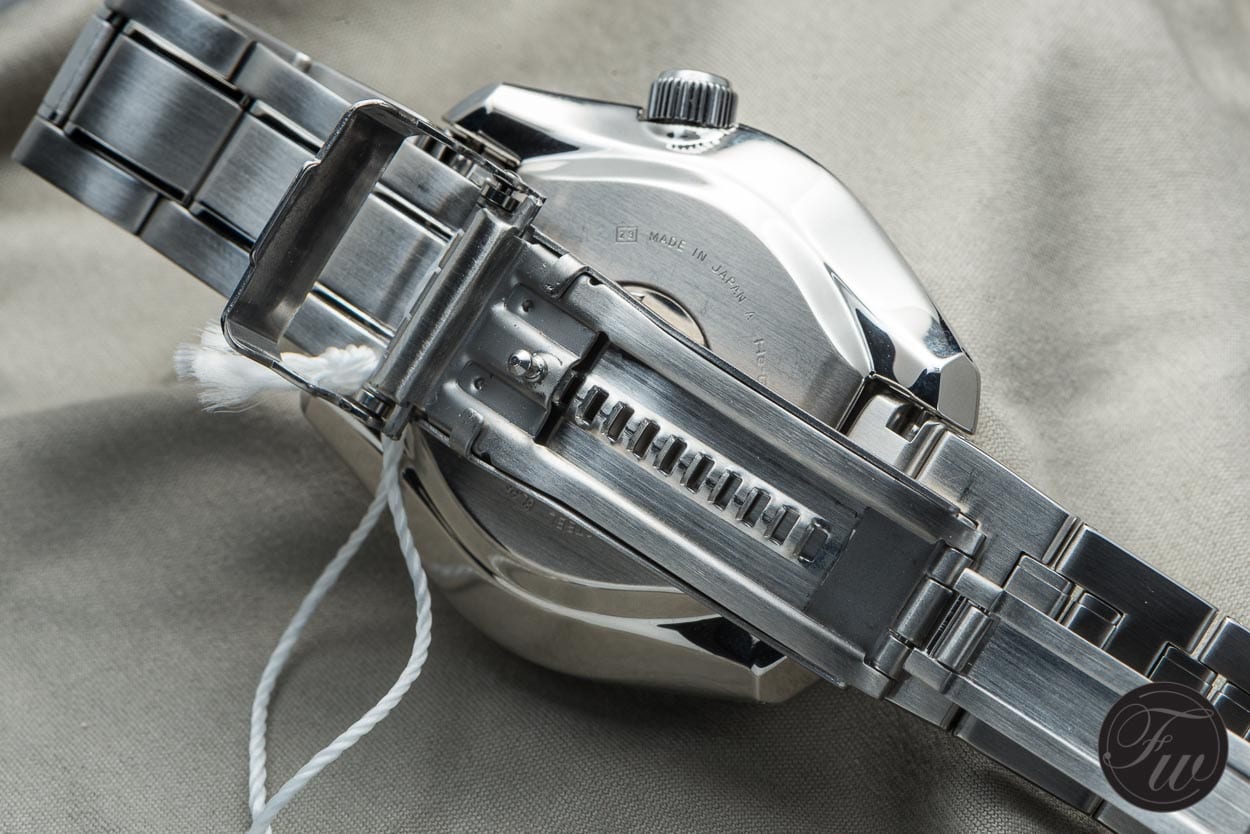 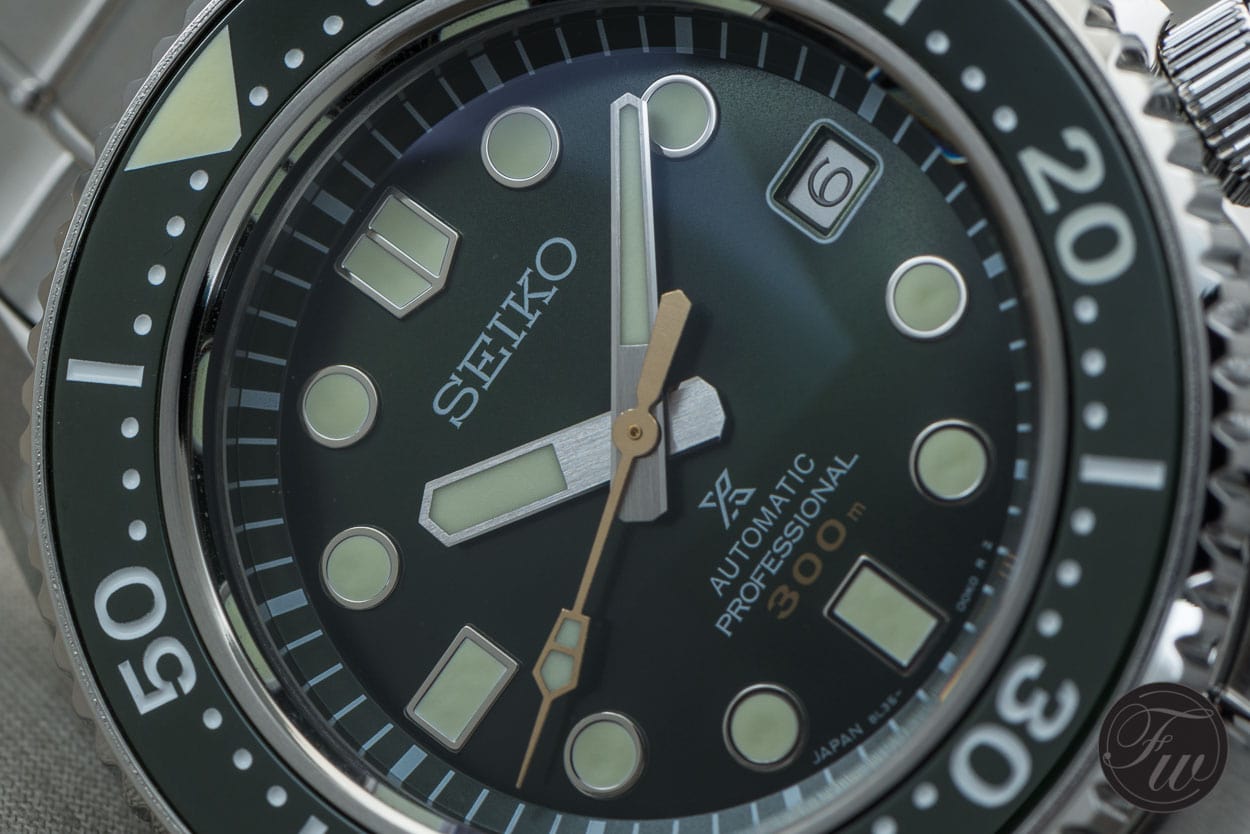 With a retail price of €3200, the Seiko SLA019J1 Prospex is certainly more expensive than the SBDX001 that I reviewed back in 2015 (and listed for €1200 less), but it still is an awful lot of value for money. I have no doubts that this watch will be soon sold out. Also, I am pretty sure that the discontinuation of the former Marinemaster 300 models will create a bit of a run on those that are still available in the market (including pre-owned). Especially when you can find one pre-owned for an interesting price (there’s currently one on Chrono24 for just under €1700), there’s not a single doubt in my mind that it is the best diver’s or sports watch you will find out there.

Assuming that a possible successor will be more in the €3000 region, you might want to grab one while you still can.

That said, if you are looking for a diver’s watch that offers a lot of bang for the buck (even at €3200, the Seiko SLA019J1 ‘Marinemaster 300’ still does) and you find one of these green limited edition models still available, go for it. It is an incredibly good looking watch and moreover, serious competition for (Swiss) watches that are priced much higher. For collectors of anything ‘underwater Seiko’: this watch is a no-brainer.