SIHH 2017 is around the corner, and our mailbox is filling up with pre-SIHH releases and under-embargo material. Somehow I feel all these pre-SIHH releases spoil the surprise aspect a bit, but all brands are craving for exposure of course. Big brands like IWC, Jaeger-LeCoultre, Panerai, A. Lange & Söhne, Audemars Piguet etc. will dominate the news feeds and magazines, but don’t forget there are a bunch of independent companies there as well. One of them is Cristophe Claret and they will be showing us their new Maestro. 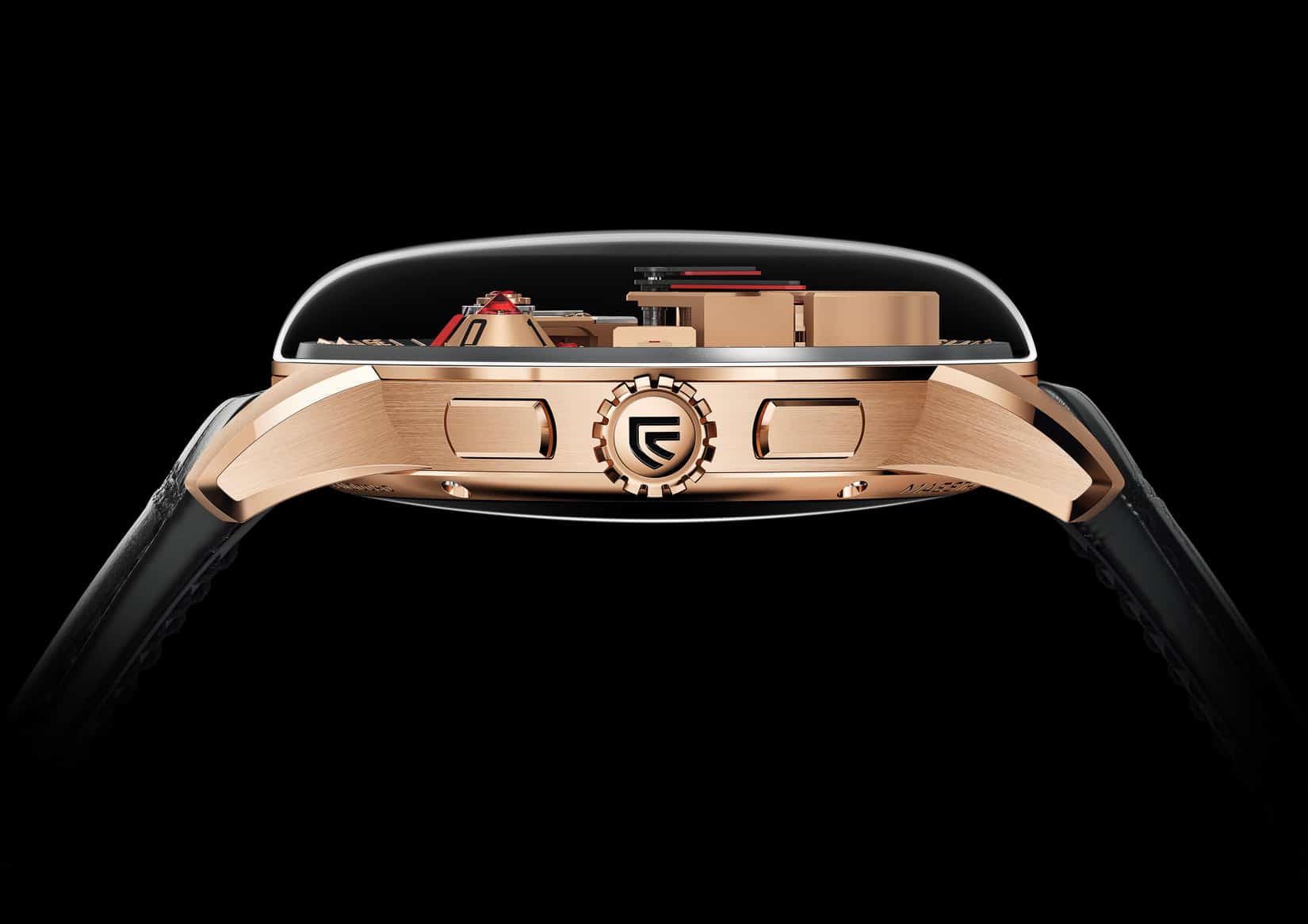 Next week, Christophe Claret will unveil the new Maestro. A watch with an awesome [movement] architecture, that actually needs the super domed crystal. A crystal that reminds me almost of the ones that Magellan uses for their Planet series of watches. The movement rises above the case, so even from the side of the watch this gives a heck of a view.

The 42mm case of the Christophe Claret Maestro is available in either pink gold (5N) or titanium (grade 5). The pink gold version has a lot of red accents and the titanium is combined with blue accents. Even the balance-wheel with countersunk screws are in – either – red or blue.

The 3D effect of the Christophe Claret Maestro is simply stunning, at least on the renders that we’ve seen and showing here. Just have a look at that cone-shaped large date display. Just located to the upper right of the date cone, you will see another – smaller – cone that says ‘Memo’. Depending on the version of the watch, this cone shape is adorned with a sapphire or ruby and a diamond serving to notify the wearer of the watch of his set memo. How you will use this function is up to the wearer of course, whether it is for an appointment or a daily reminder to take your pills (or whatever). It is neat though.

Christophe Claret promises us in their pre-SIHH press release that the finish of the watch is done by hand, and according to the highest standards according to ‘Haute Horlogerie’. The stepped Charles X style bridges feature no less than 26 interior angles for example. 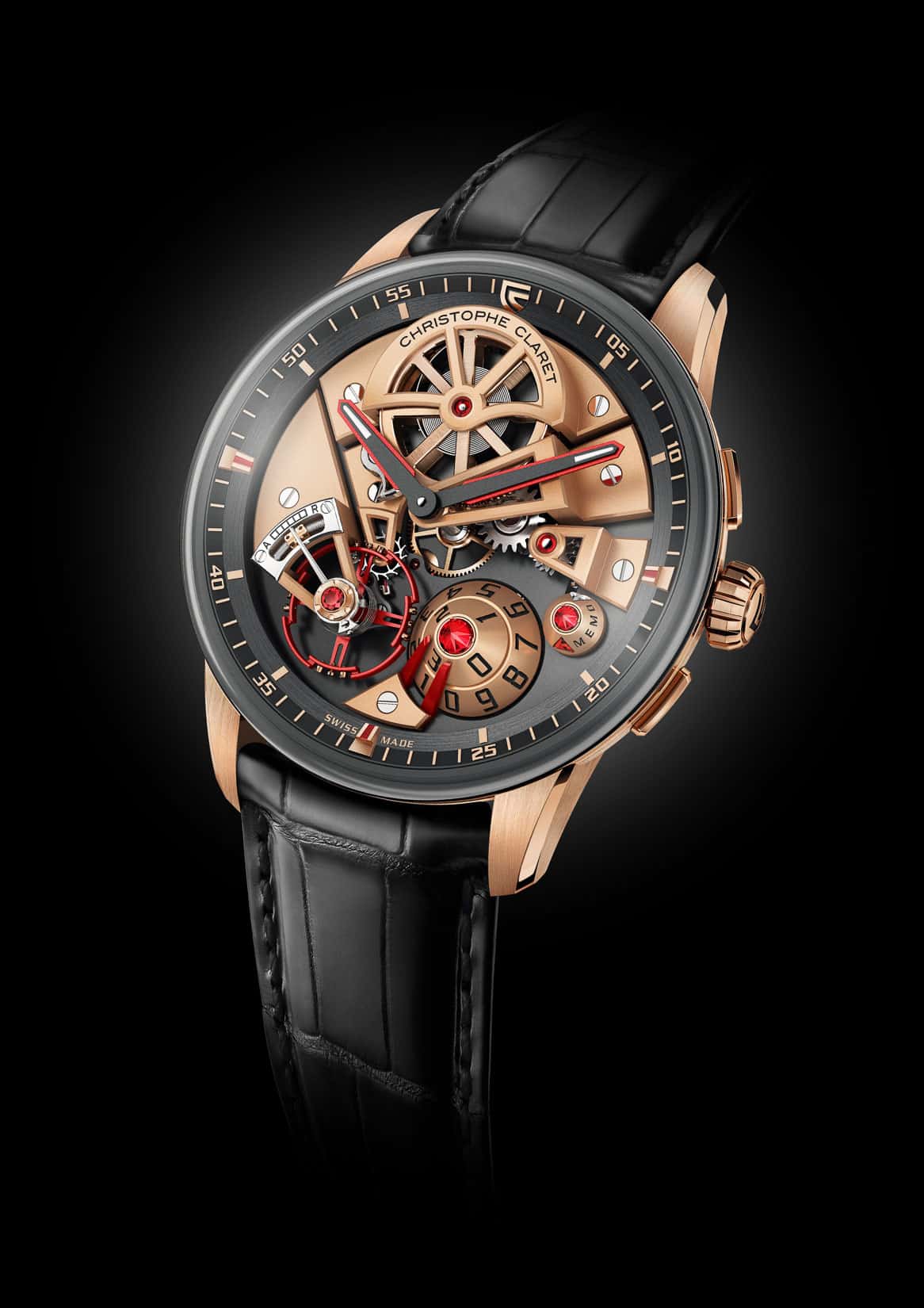 More information soon, when we’ve seen the piece in the flesh during the SIHH 2017.