Christopher Ward has long been a British staple brand for collectors looking for a well-made and well-designed watch that offers serious value for money. Over the last few years, the brand has released a multitude of watches that built its serious reputation and allowed it to explore the concept of an in-house movement. In 2014 it first launched the Calibre SH21 movement, an in-house British-designed movement made in Switzerland. It’s this beautiful caliber that powers a new model released today: the rather exciting-looking Christopher Ward C60 Concept.

When Christopher Ward launched the Calibre SH21 back in 2014, it was the first commercially viable movement designed by a British watch brand in 50 years. This project began to put Christopher Ward on the map and in the eyes of watch collectors worldwide. It also put British watchmaking back in the mind of the industry as a whole. 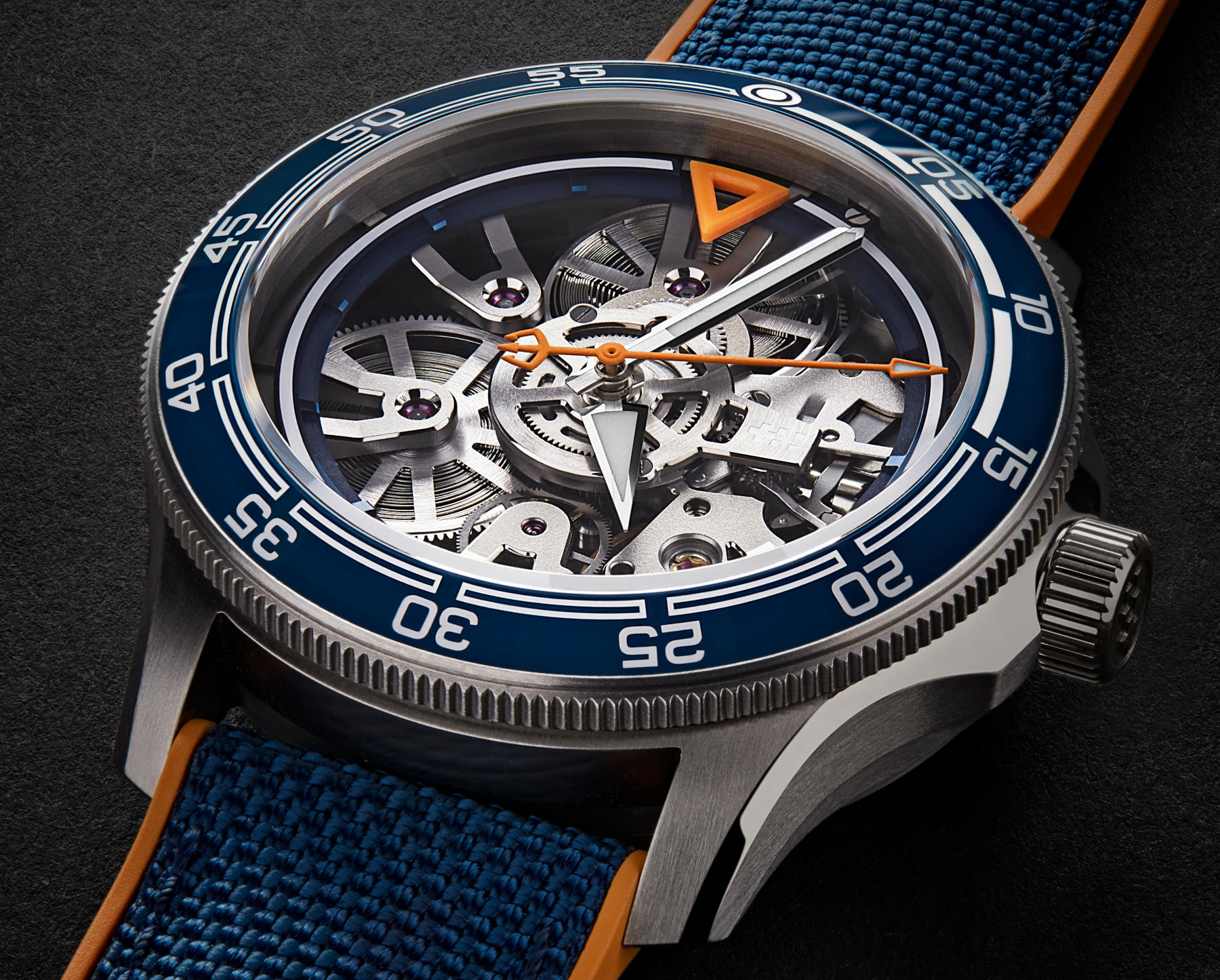 Creating an in-house movement is the ultimate goal for any watch brand. It marks true horological independence, and it is a sign of excellence. Brands using their own in-house developed calibers proudly wear it as a badge of honor as they well should! It can take years of design and development to produce a working in-house movement design, which requires a lot of time, money, and talent.

The Calibre SH21 uses a double-barrel construction, affording the movement a 5-day (120-hour) power reserve. That alone sets it out against much of the competition. Watches with this kind of lengthy power reserve can often cost upwards of €5,000 or more, but yet Christopher Ward’s watches using this caliber have always come in well under that price. The brand has always committed itself to producing high-end watches at affordable price points. To further compound this point, all SH21 movements are fully-COSC certified. What does this mean? Well, the movement undergoes a series of tests to ensure it provides accurate timekeeping to within -4/+6 seconds per day. This puts it in the top six percent of all Swiss-made watches for accuracy. 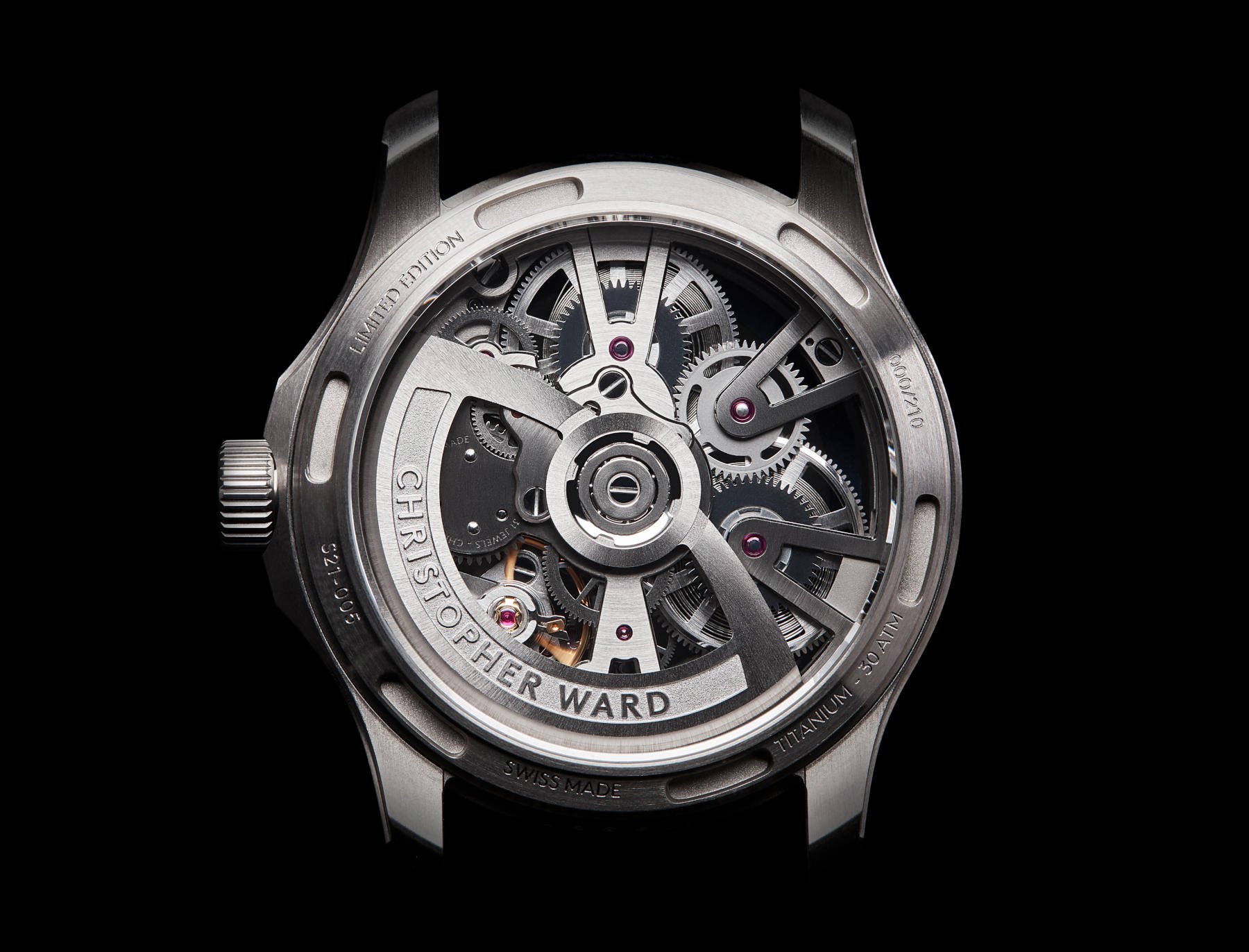 Jack of all trades

Christopher Ward’s Calibre SH21 has seen much development over the course of its lifetime to produce different variants with different capabilities. The current SH21 collection contains four automatic and six manual movements. Among them are versions with central or small seconds, with or without power reserve indicators, and with or without a date. The new C60 Concept uses the skeletonized 31-jewel automatic version, with central seconds. This affords the wearer an unobstructed view of Christopher Ward’s stunning movement. 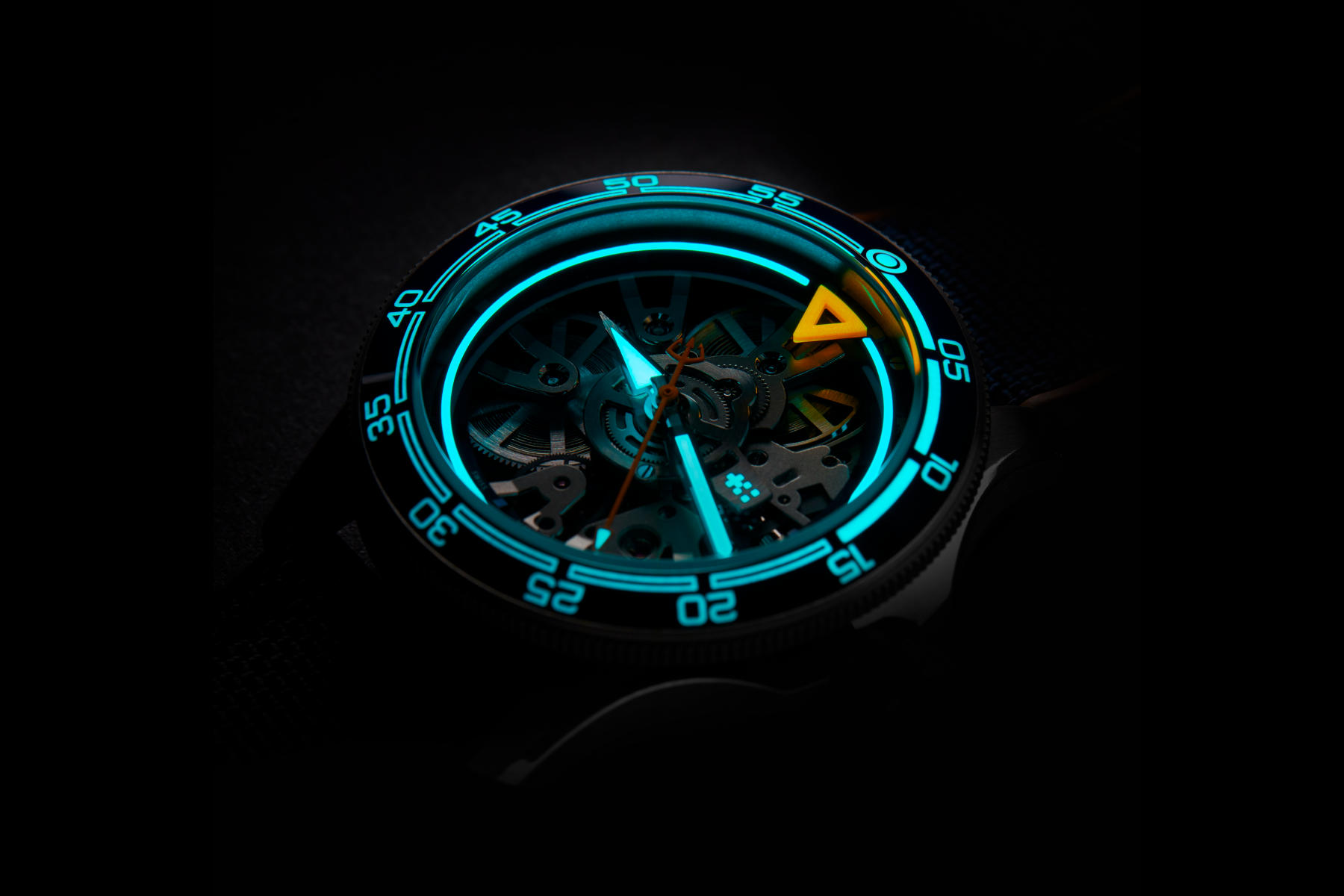 The C60 Concept takes the SH21 to new heights!

That said, a watch like the C60 Concept doesn’t use the standard Calibre SH21. Oh no! For the C60 Concept, Christopher Ward has taken an already technically impressive movement and given it a total makeover. How so? Well, in its upgraded form, Christopher Ward describes it as “comparable to the workmanship sufficient to satisfy luxury watch Maisons Czapek and MB&F.” A bold claim indeed! The British brand worked with Armin Strom on the skeletonization, while Chronode hand finishes every single SH21 concept movement. This includes detailing the bridges and base plate, which alone accounts for more than six hours per movement.

Now, I cannot attest to the quality in hand as I have not seen it in the metal just yet, but in my opinion, it certainly looks the part. The finishing quality looks like a big step up from the already impressive quality that Christopher Ward usually delivers. The brand has gone to town on making the C60 Concept its flagship watch, taking its existing flagship movement to the next level. 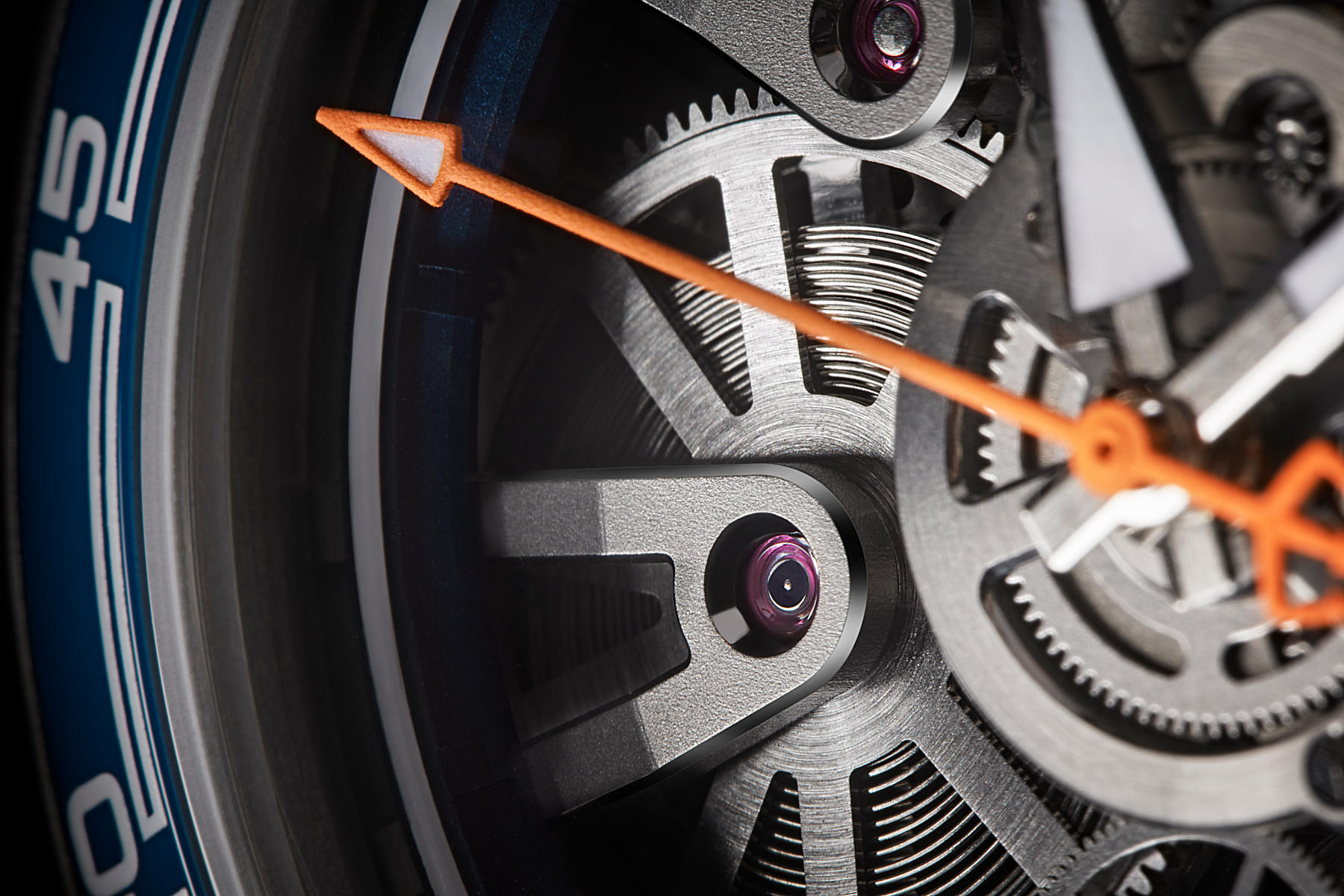 As for the watch itself, this is everything you’d expect from Christopher Ward. What we have is a solid dive watch with all the modern mod-cons: a 42mm titanium case with 300m of water resistance, a screw-down crown, a 120-click unidirectional ceramic bezel, and a sapphire crystal with anti-reflective coating. It’s all there. Low-light visibility is well taken care of too. A healthy dose of Super-LumiNova illuminates the bezel markings, hands, and chapter ring. Additionally, the triangle marker at 12 o’clock is made of solid orange Globolight. I’d not heard of this before, but Globolight is an innovative ceramic material used for luminescence. It is infused with Super-LumiNova for a brighter and longer-lasting afterglow after being charged by a source of light. It works for me, and in the images, it looks pretty sharp!

Strapping the Christopher Ward C60 Concept to the wrist is a Cordura and rubber hybrid waterproof strap with Christopher Ward buckle and quick-release pins for easy changing. If you prefer a bracelet option, then a matching Grade-2 titanium bracelet is also available. 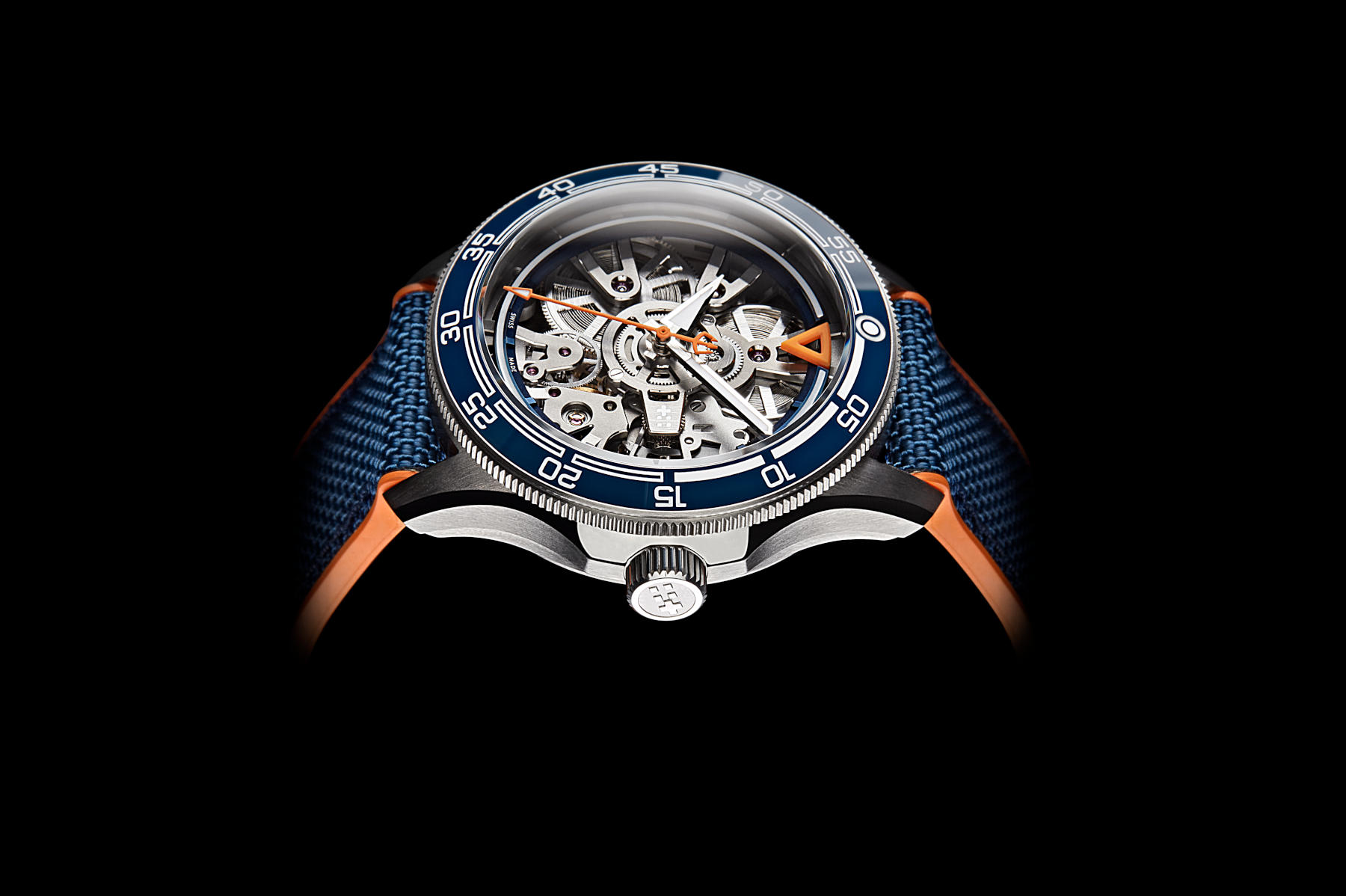 If you’re wondering about the price, all this comes in at a relatively wallet-friendly total of £3,495. That may be a significant step up from the brand’s usual prices. Still, for what’s on offer, I don’t think it’s unreasonable on paper: a fully skeletonized and hand-finished in-house movement, with twin barrels for a 5-day power reserve, all in an excellent titanium case. There’s a lot to like here. I do not doubt that the brand’s legion of devoted fans will quickly lap the C60 Concept up, but they’ll have to be quick as this is a limited edition release of just 210 pieces.

For more information check out the Christopher Ward website here.