Coffee Corner Watch Talk: Kicking Off The Week With G-Shock, A Gold Space-Going Omega, And More

Keep an eye out for denim to match your watch, plus other things to do and consider
Lex Stolk
comments 2
Share

How did the Easter Bunny treat you this weekend? No, don’t tell me, keep it to yourself. And since you might not want to share too much with your colleagues either, here’s a bit of coffee corner watch talk to kick off the week featuring G-Shock, a space-going Omega Speedmaster in yellow gold, a rare and complicated F.P. Journe creation, plus an upcoming exhibition at the Musée International d’Horlogerie in La Chaux-de-Fonds, Switzerland.

Some people mix and match like there’s no tomorrow. And by that, I mean they combine watches and clothing without considering if the soul of the watch matches the spirit of the attire. But others do, and for those picky G-Shock-wearing mixers and matchers, the Japanese brand has come up with a tailor-made solution — lifestyle goods developed by G-Shock Products. And how better to do so than in cooperation with Japanese fashion brand Beams? 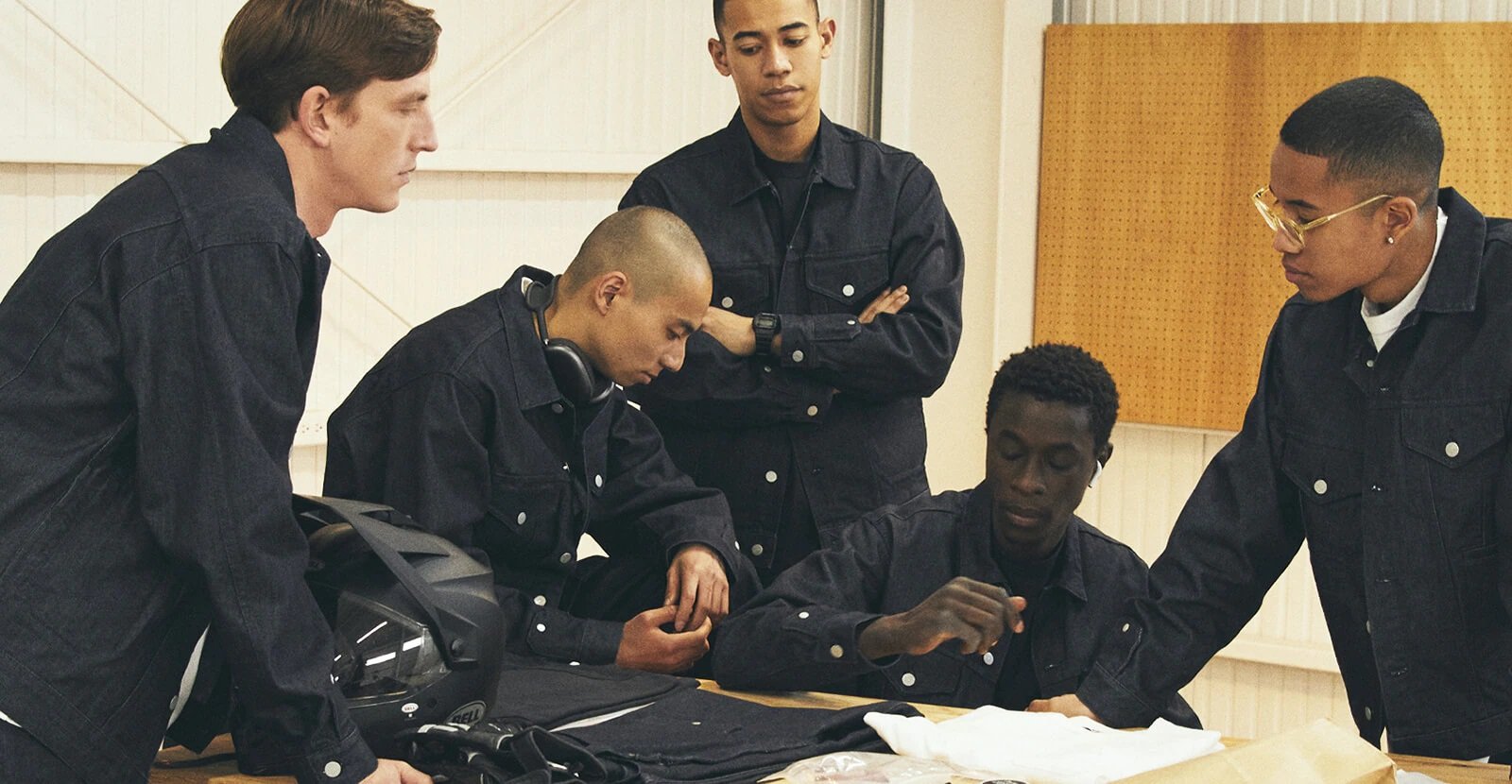 The first G-Shock fashion items produced by Beams will be an oversized denim trucker jacket, baggy jeans, and black and white T-shirts. The initial focus is on Cordura denim. This is a type of denim that looks authentic but has added fibers for enhanced durability. Beams is making these jeans tough, just like a G-Shock itself.

There’s also quite a bit of nifty detailing going on. Check out the watch window flap on the sleeve, for instance. The flap opens and closes to allow a look at the watch on the wrist. For now, the clothing is for sale in Japan only. However, that will change in the near future, or so I’ve heard through the G-Shock grapevine.

Go have a look here for availability (in Japan) and pricing. 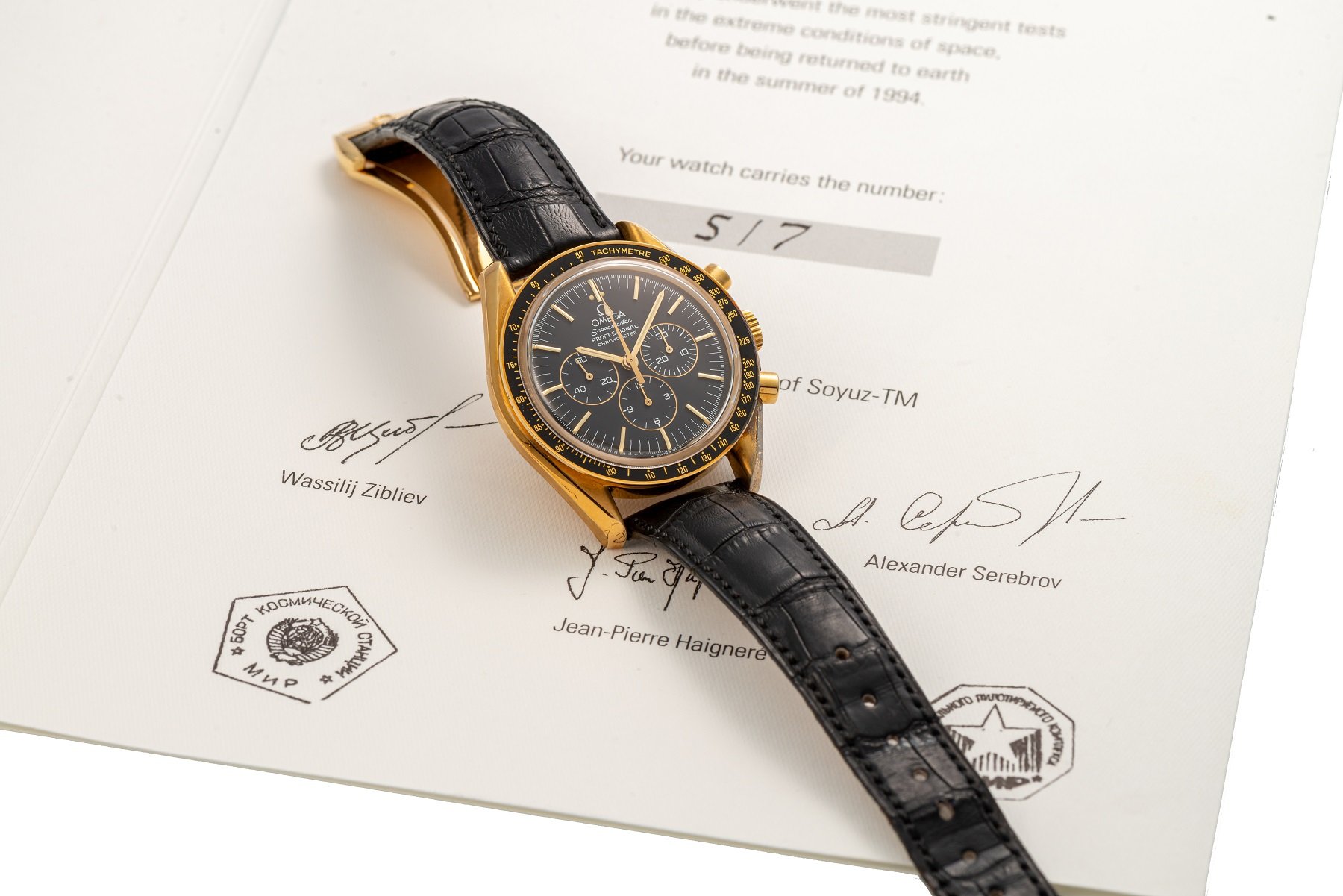 Get ready for an Antiquorum auction that will take place on May 8th and 9th at the Hotel Beau-Rivage Genève. There are two watches that will go under the hammer that deserve some extra attention. First up is Lot 534, the Omega ref. BA 345.0052.035 Speedmaster “Mir”. This 18K yellow gold watch is named after the Russian space station Mir, and it’s number 5 of only seven examples made. What is most special about this particular Speedmaster is that it traveled for a year in space aboard the Mir space station from July 1993 to July 1994. And if you want to impress your colleagues with some more facts and figures about Mir, here goes. The 3,644-day Mir mission ended on March 23rd, 2001 when the space station was brought out of its orbit and disintegrated upon re-entering Earth’s atmosphere 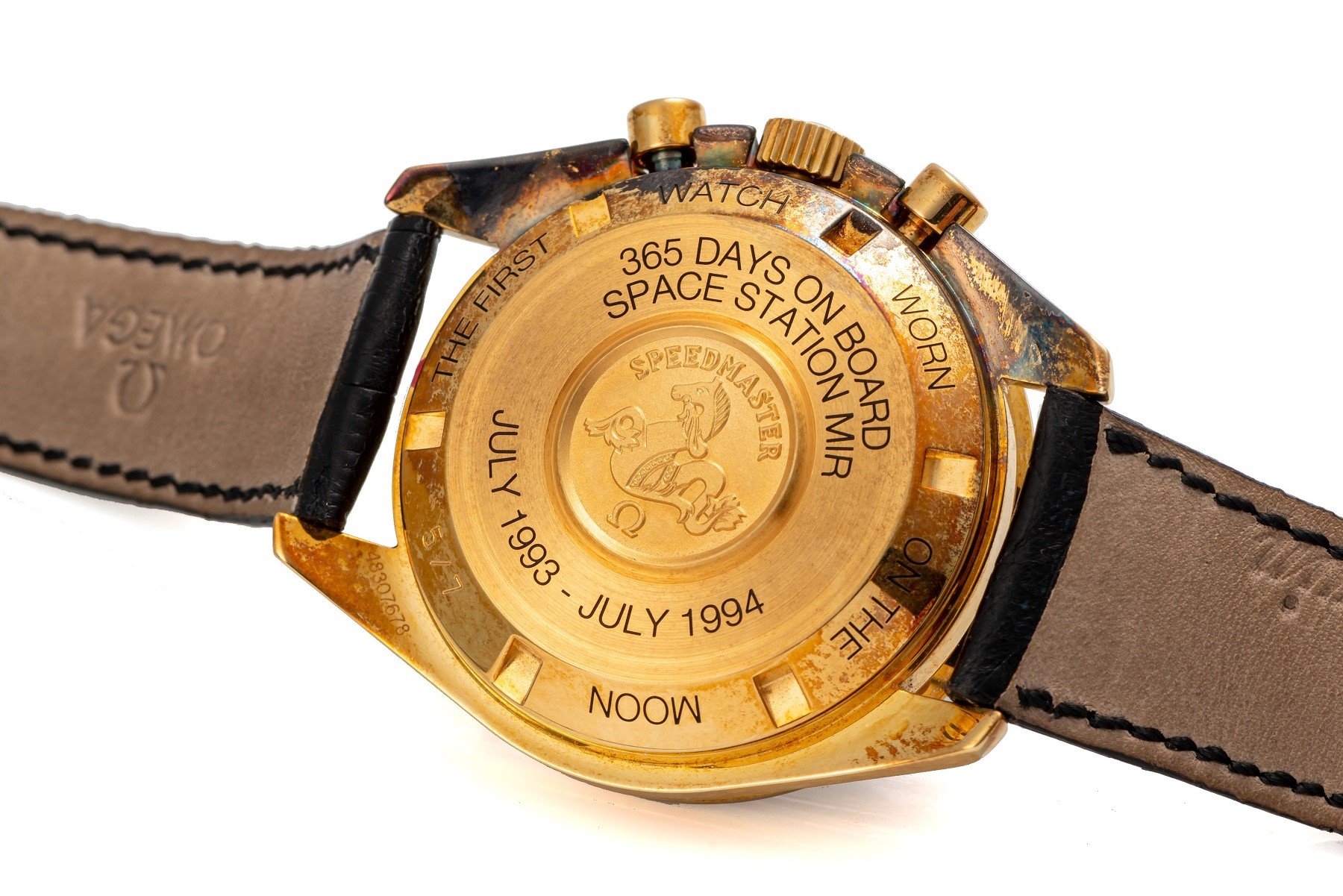 Golden memory of a rare rendezvous in space

This rare yellow gold Speedmaster came on the market in 1995 to mark the Atlantis-Mir Russo-American space rendezvous that took place from June 29th to July 3rd, 1995. As only the second joint Russo-American space venture, this was a special meeting indeed. Antiquorum lists the case in “as new” condition with slight oxidation, and the watch has never been polished or serviced. This Speedmaster Mir is only the third example in gold to ever have appeared on the market. Case numbers 3 and 4 that previously came to the market were also auctioned by Antiquorum. If you want to get your hands on a golden space memory, please take into account the estimate of CHF 100,000 – 200,000 to avoid a galactic disappointment later. 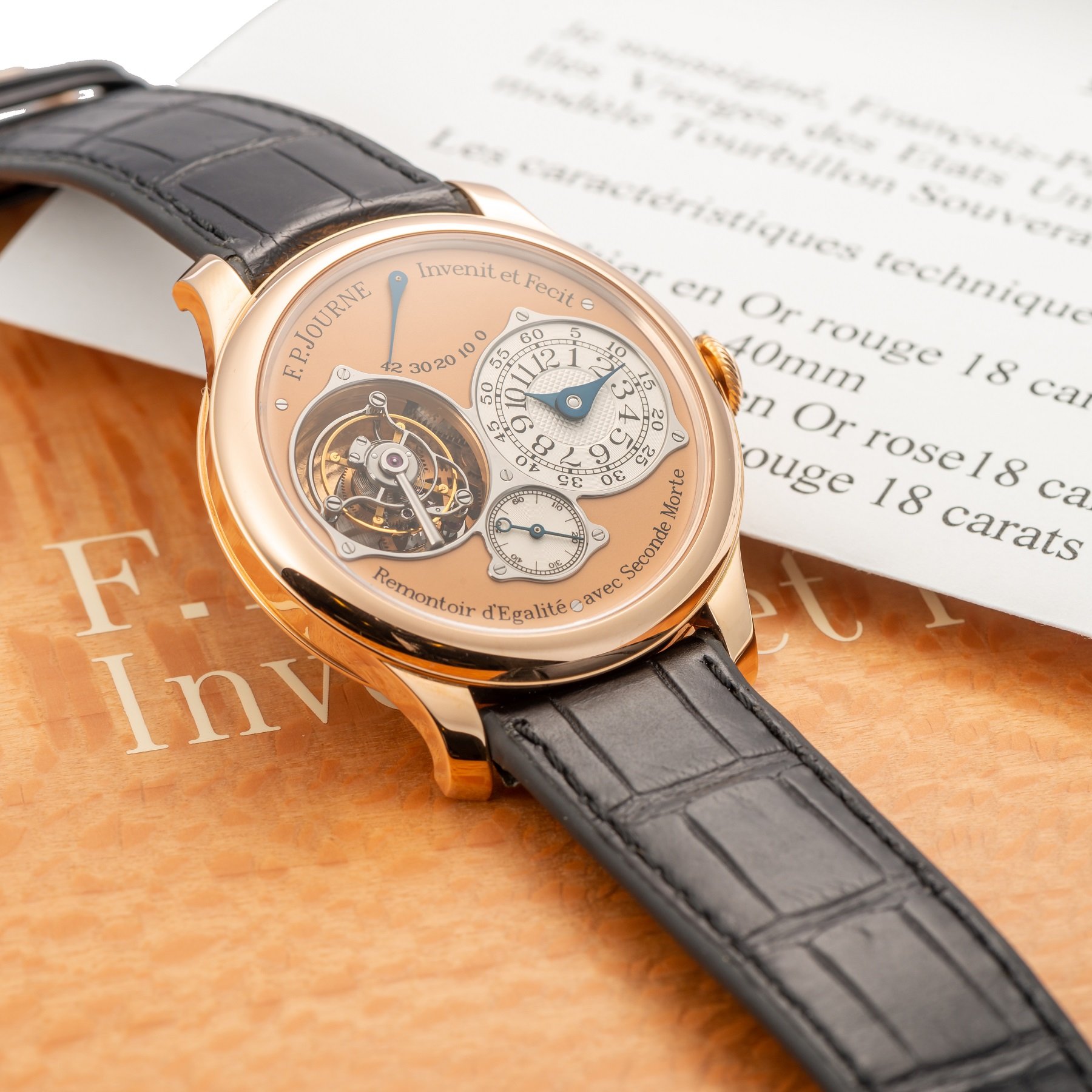 Although the F.P. Journe Tourbillon Remontoir D’Egalité has never been to space, it’s nothing short of a dream-worthy watch. This 40mm pink gold tourbillon is outfitted with the caliber 1403, which also features deadbeat seconds and a power reserve indicator. This particular example with case number 314-TN was originally sold in 2007. The watch comes on a leather strap with a pink gold buckle and in its original box, complete with the certificate of authenticity and instruction booklet. This F.P. Journe also comes with an estimate of CHF 200,000 – 300,000. Marseille-born master watchmaker François-Paul Journe started his brand in 1999, and since then, it has sold an estimated 10,000 watches. Over the last few years, however, the interest in the brand has risen significantly, so much so that demand now far outstrips supply. As a result, prices of F.P. Journe timepieces at auctions have also risen exponentially.

Please have a look here to see what else is coming up for auction on May 8th and 9th at the Hotel Beau-Rivage Genève. 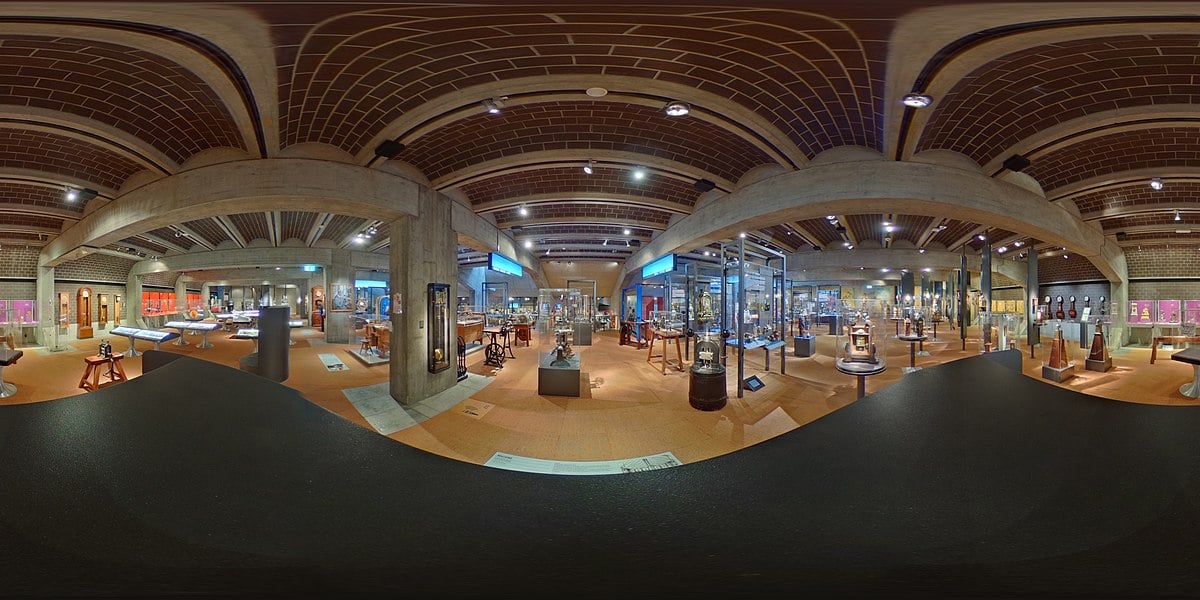 If you’re more the looking type than the buying type, why not you plan a visit to the Musée International d’Horlogerie (MIH) in La Chaux-de-Fonds, Switzerland? A temporary exhibition called “La Maîtrise de l’Émail” — “Mastery of Enamel” in English — opens May 1st and ends November 6th. It marks the 150th anniversary of the School of Applied Arts in La Chaux-de-Fonds, itself a UNESCO World Heritage Center because of its watchmaking importance. And it also coincides with the UN’s “International Year of Glass”.

The “Mastery of Enamel” exhibition showcases the traditional techniques of enameling applied to the decoration of timepieces. The exhibition, which showcases more than 150 objects, is made possible thanks to loans from several institutions, both public and private.

Please visit this website for more information about the Musée International d’Horlogerie. 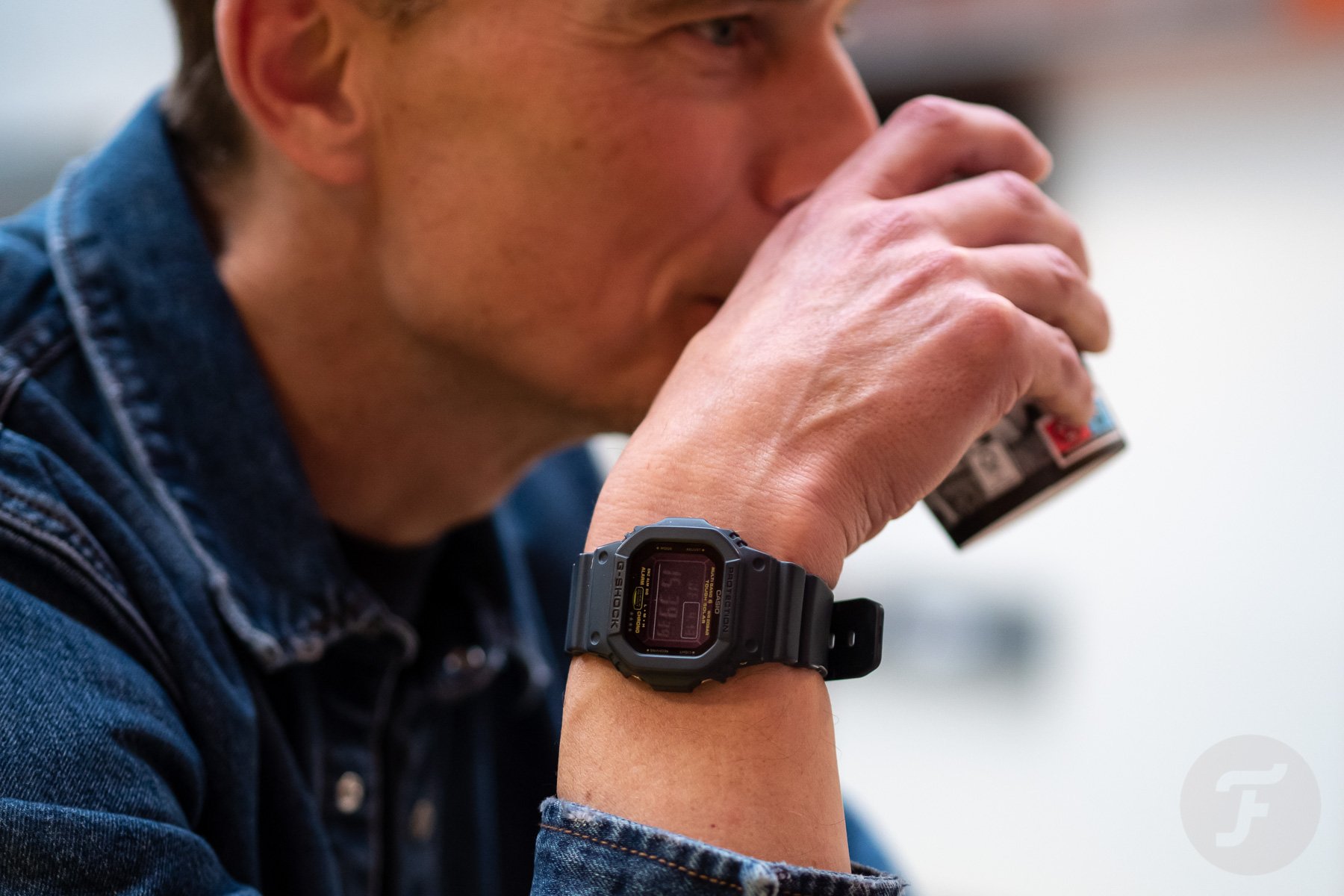 Is that enough to talk about, think about, and do while out and about? Have a great week, and go have a coffee. I know I need one.