Cvstos Challenge Chrono Sprint And What It Means For The Brand

In an age of increasingly demure watches, how does Cvstos plan to forge ahead?
Rob Nudds
comments 4
Share

What do you know about Cvstos? Truth be told, before the brand recently approached me, I thought I knew more about the brand than I did. I thought I had the style of the watches pegged, the target demographic clearly defined, and a generally accurate picture of the people running the show. As it turns out, I was wrong on all three counts. My last contact with the brand was probably around 2019 and, as you might expect, a lot has changed since then…

So much of a brand’s success comes down to the people behind it that having the right (or wrong) team in place can change a company’s fortunes almost overnight. There are some names in this industry that have an untouchable reputation. It is almost unnecessary to name watchmaking’s heaviest hitters, but the most readily understood example of these horological heavyweights (if the term even applies to brands of such name power) is Rolex.

At this point, Rolex could be marshaled by a monkey (and an uninspiring one, at that) and still outsell the trailing pack without breaking a sweat. The same cannot be said for smaller independents that have to fight tooth and nail to establish a niche they can call their own. These brands’ delicate fates rest in the hands of a daring few. Behind the Cvstos brand stands Sassoun Sirmakes and his dedicated team. Where I had assumed Cvstos was looking to “Will Smith” would-be consumers around the face with its watches’ bombastic appearance, Sirmakes and his team are keener to explain quietly with words. So what did I learn after sitting down with these brand builders looking to make a sustainable mark on the industry we all adore? A whole lot, as it happens…

Perhaps the era of true bombast is dead and perhaps I’d be thrilled if that bears out to be the case. The (almost) literal explosion (and very literal expansion) of watches on the wrist that occurred during the early aughts started to slow significantly with the financial crisis of 2008. While it took several years for the effects of that bubble bursting to be felt around the industry, felt it eventually was. Brands were slow to act when it came to the reassessment of their aesthetic principles (as watch brands typically are), but by around 2015, we’d really started to see brands listening to the cry for “value retention”, timelessness, and “product sustainability” in not just the way it was built, but also the way it was styled.

There was a prevailing sense that the wide-boy attitudes of the ‘00s were fading. This was supposed to be a humbler age. Watches were supposed to get quieter (in every sense of the word). We were supposed to witness a return to classicism. But none of that meant the end for brands that wear their heart on the sleeve as Cvstos does. By that time, Cvstos had already been around for a decade and had established a bustling clientele in certain parts of the world. But now the brand wants more. 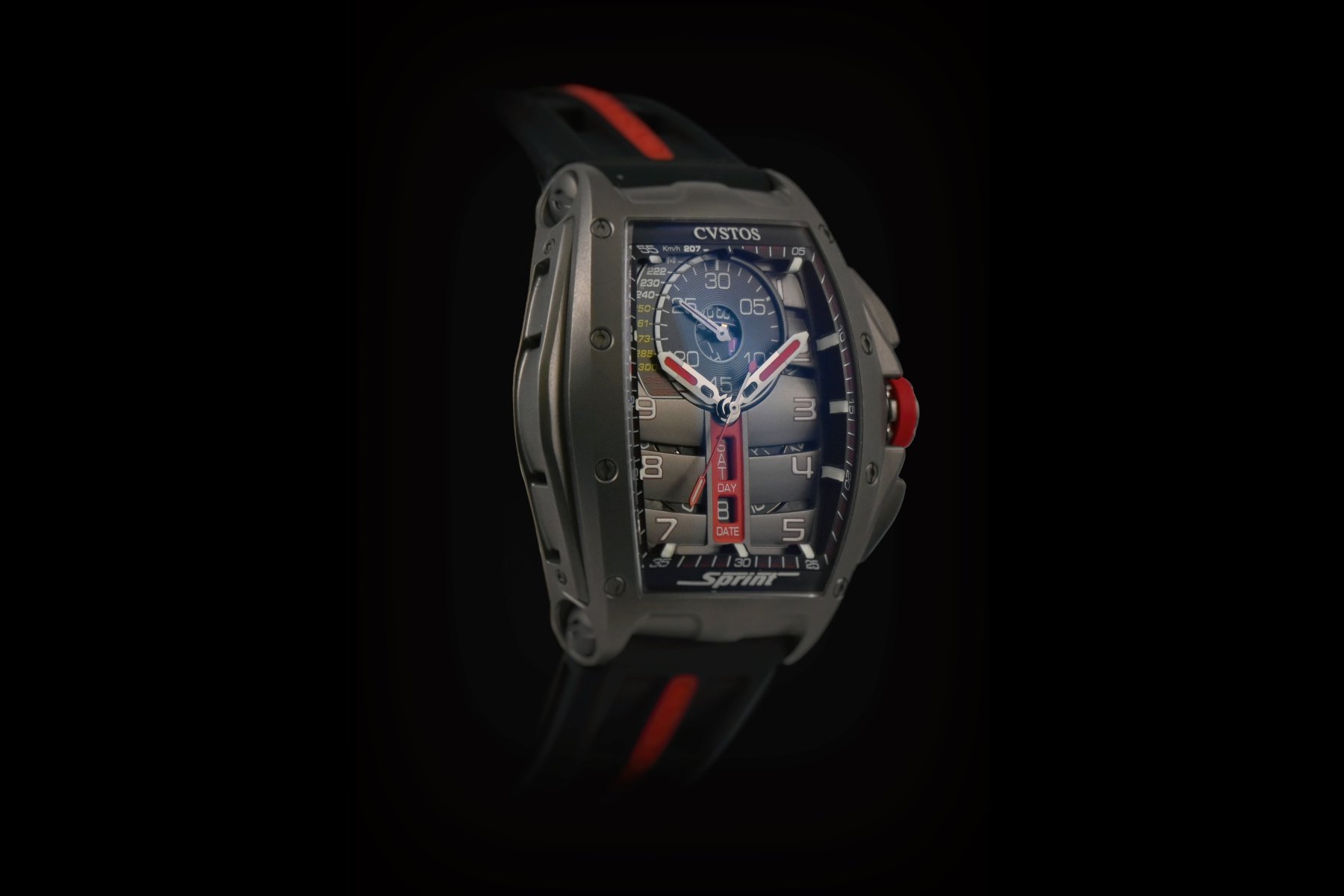 A little bit of history

Sassoun created Cvstos in 2004 at the age of just 21. Lacking the kind of experience you might expect for a newly-minted CEO, he resolved to follow his instincts and see where they led him. In 2005, the brand presented its first collection in the five-figure “entry-level” segment (10–20K). The unusual, and relatively accessible openwork movements caught fire in eastern territories made the brand an immediate success.

Lucrative marketing partnerships followed, enabling the brand to develop its manufacturing facilities in Switzerland. Nowadays, the brand makes its own cases, some movement components, dials, buckles, and more. This was Sirmake’s wish: to develop a true independent that could stand on its own two feet. And, after all this time, he remains personally involved in the product development along with his business partner Antonio, who operates as the primary designer of the brand’s watches.

A traditionalist at heart

Perhaps the newest facet of the brand is its presence in “traditional” watch media. While 2004 still feels like the blink of an eye ago for many of us, it was not only 18 years, but also the very same year Fratello — the oldest of the major watch blogs — was founded. Hodinkee and aBlogtoWatch (or aBlogtoRead, as it was during its early days) were four and three years away from foundation respectively. Cvstos chose instead to follow an “old-world” marketing strategy, which, at the time, wasn’t unusual at all. What is perhaps a little unusual, is that the brand has managed to survive and prosper this long without making a significant push to enter even the fringes of most mainstream watch journalists. 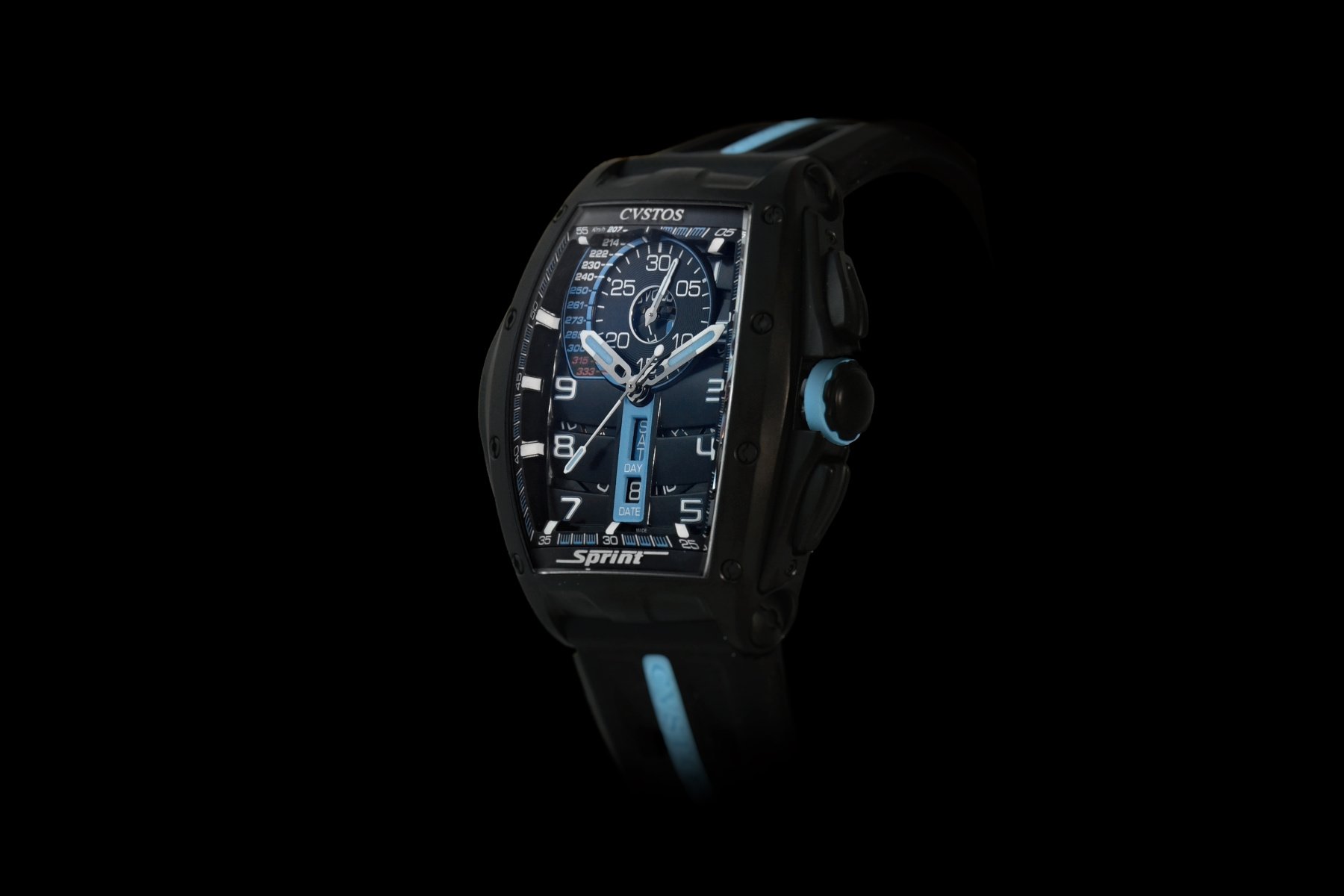 But that’s about to change. Cvstos is ready to go global. After almost twenty years of operating in the “real world”, now the brand desires to expand across the digital territories now available to it. As such, Sassoun reached out to me and asked me to start covering the brand on Fratello. Having encountered Cvstos myself in the early days of my watch career, I was thrilled to discover the brand was not only still going, but growing all the time.

…the Cvstos Challenge Chrono, which celebrates the introduction of the Sprint Qualifying Race in Formula 1.

The watches were very much my cup of tea during my “madcap” phase, as I like to call it, during which time I was obsessed with anything that looked like an alien had used it to travel through a wormhole. Cvstos watches fit that bill. Nowadays, while my tastes skew more conservative, I do appreciate good quality items of all types and find the execution, which is, of course, overseen in-house, to be, quite frankly, excellent.

Hopefully, this week I and perhaps even some of my teammates will be able to see some more of Cvstos’s watches in the metal. Until then, however, let’s take a quick look at the specs of the Cvstos Challenge Chrono, which celebrates the introduction of the Sprint Qualifying Race in Formula 1. 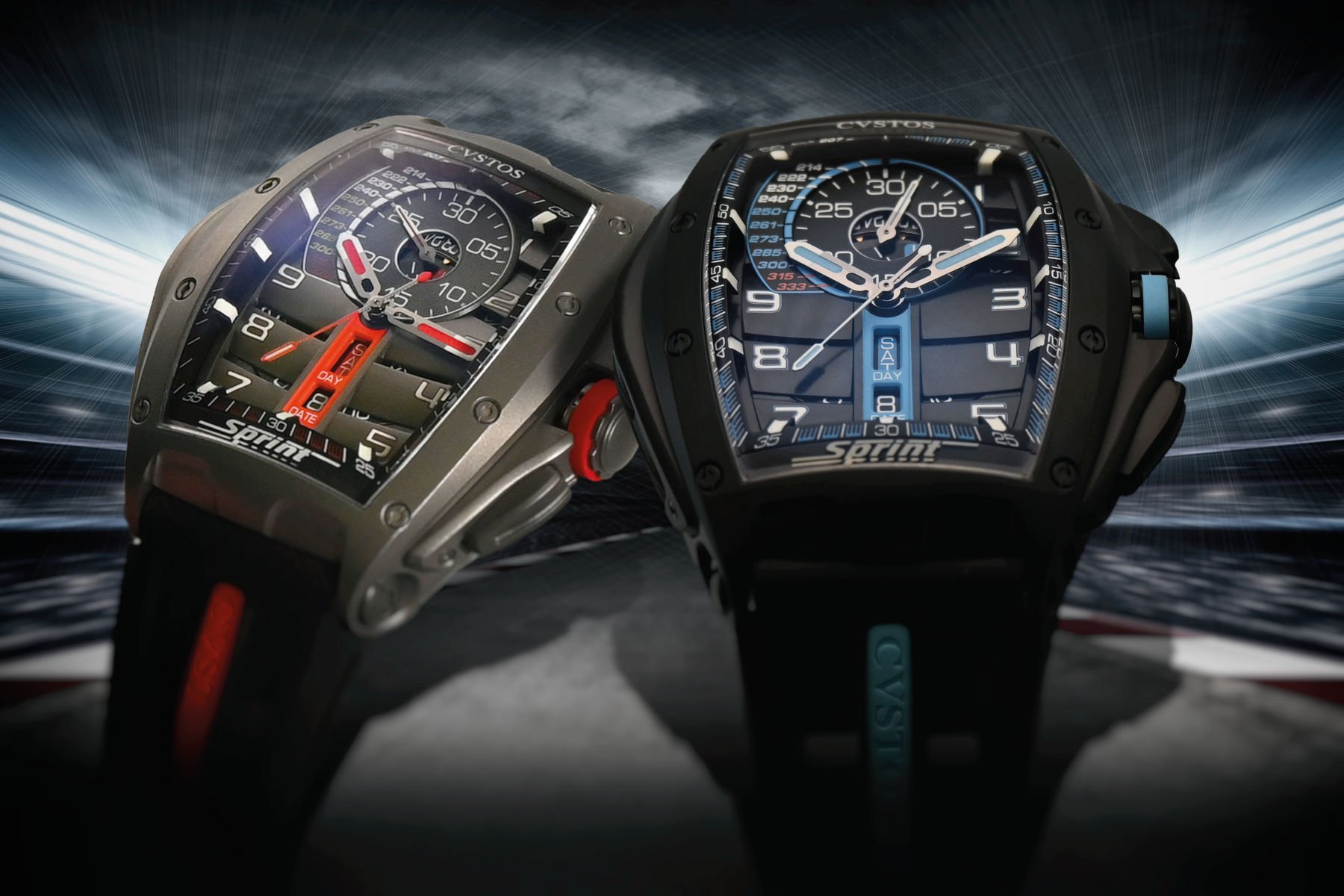 This singular chronograph boasts an oversized mono-counter capable of measuring the average speed of each driver at the end of the race. Says Sirmakes, “Covering 100km, the Sprint Qualifying Race will take around 25 to 30 minutes. The first three to pass the post will be awarded points and the Sprint qualification results will determine the starting grid for the Grand Prix.”

The watch comes in a grade 5 titanium tonneau case measuring 53.7mm by 41mm. Inside that housing is the CVS556 SPRT self-winding movement. A 4Hz caliber, the CVS556 has an understandably modest power reserve of 42-hours. Why is that understandable? Well, with such a complicated chronograph function to drive, I doubt much more could have been expected. The watch is water-resistant to 100 meters and comes on an exclusive rubber strap matching the dial’s design. That strap is fastened by a double-blade folding clasp. The retail price of CHF 24,800 is well within the usual parameters of the Cvstos brand. In addition to the bare metal model, there will be a PVD-coated alternative. Both will be limited to just 30 pieces. To learn more about this new model and the emerging presence of Cvstos as a global brand, check out the soon-to-be-live website here.