Last weekend we received an e-mail from one of our readers, Sammy. He is a watch collector from Germany and in University (studies English and Latin). Recently, one of his lecturers have him the task to write an essay about a topic of his own choice. Sammy chose to write his about the question whether watch collecting is an actual hobby (predictably coming to the conclusion that it is).

An interesting topic, as we – probably like yourselves – still have to explain once in a while to someone what watch collecting is about. In the short essay below, we used Sammy’s own photos of some of his private watch collection. Have a read and let us know in the comments (below) what you think. 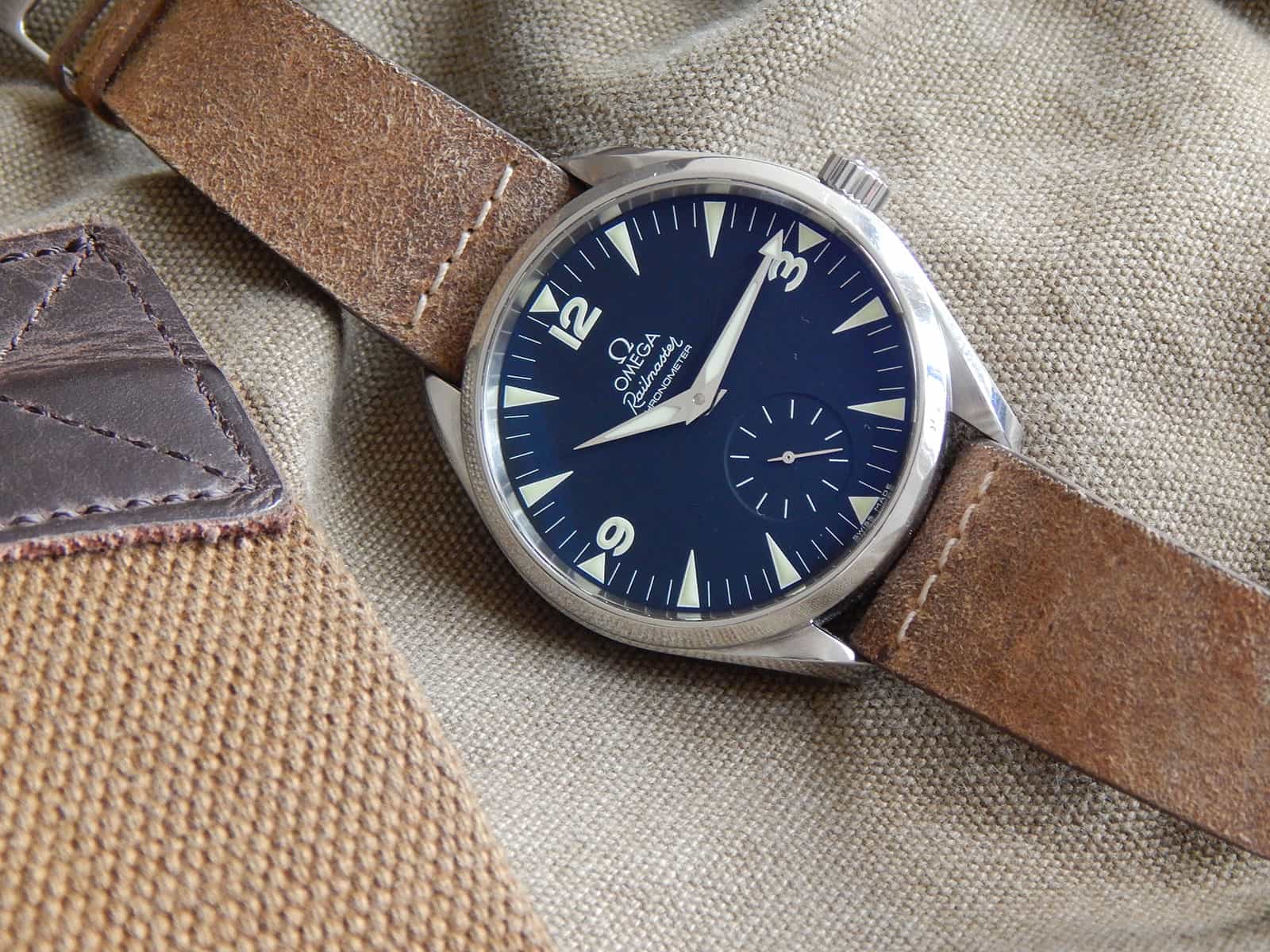 Some men, most of them middle-aged and well-educated, are in possession of a small box containing an array of wristwatches. Whilst some people regard this as highly futile saying that a watch only ever serves the practical purpose of timekeeping, other people merely engage in watch collecting as an investment. On closer inspection, however, watch collecting transpires to be a hobby just like any other.

In comparing several different sorts of commonplace pastime, they all turn out to share futility as a universal attribute. Running a marathon, for instance, is a completely pointless activity from a practical perspective since forty kilometers can be travelled much more effortlessly and efficiently by car or train. This argument also holds for deciding to swim although a boat would definitely be the more convenient option. People have always indulged in these activities as pastimes. Stamp collecting, in contrast, is the result of a purpose-made product metamorphosing into the subject of a leisure pursuit. The postage stamp usually serves the purpose of indicating that the transportation of a letter has been paid for. What it was not designed for is being sorted into an album by a collector along with several hundred other stamps. Similar hobbies include the collecting of bottles, cars, postcards or coins. All these products were originally conceived with a practical use in mind but over the years people have made it their occupation to buy and collect them for pleasure. In view of these popular pastimes, watch collecting qualifies as a hobby, just like stamp-collecting or mountaineering: it serves no practical purpose. 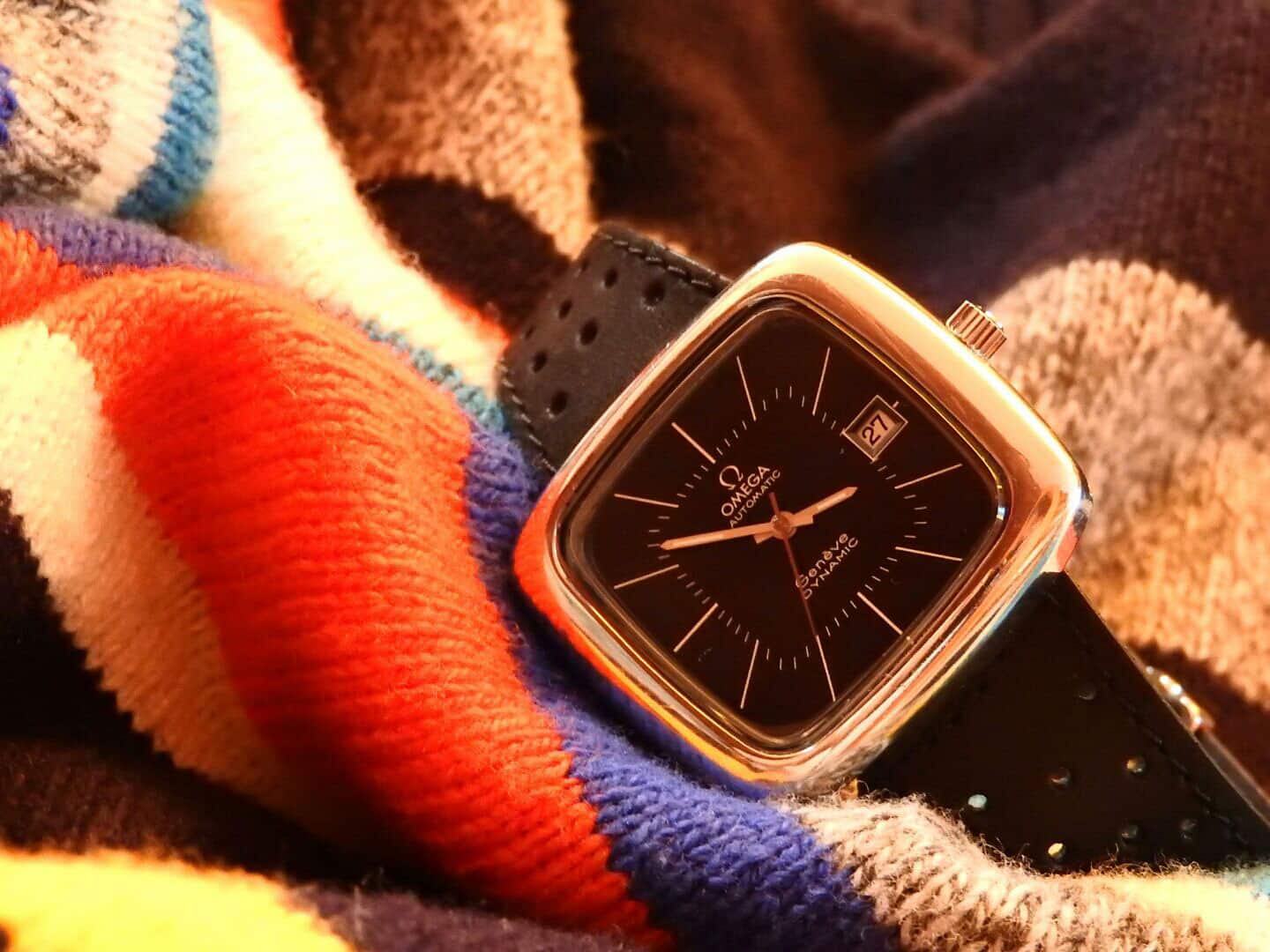 The objects of a collecting hobby are usually ascribed more purposes than the utilitarian one that many people still use them for. Hence, cars cannot only be used as a means of transportation but also as a memento of the days past. This phenomenon also applies to timepieces: Not only do they indicate the time but they also represent the period during which they were produced in terms of fashion and state of society. This becomes increasingly evident when considering the characteristics of gentlemen’s wristwatches from three different decades: In the 1930s, gentlemen’s pieces rarely exceeded 34mm in diameter, were almost exclusively of circular shape and sported white dials with plain, black numerals. The 1970s saw the advent of the sports watch: manufacturers experimented with previously unheard-of case shapes, bold new dial de- signs and various complications. Over the recent decade, a trend for larger cases has emerged with some examples even exceeding 50mm; dials are usually black and rarely lack a host of complications. This gradual change in design is best explained by the way in which the watch has evolved from a mainly professional, precision instrument into a disposable fashion item. 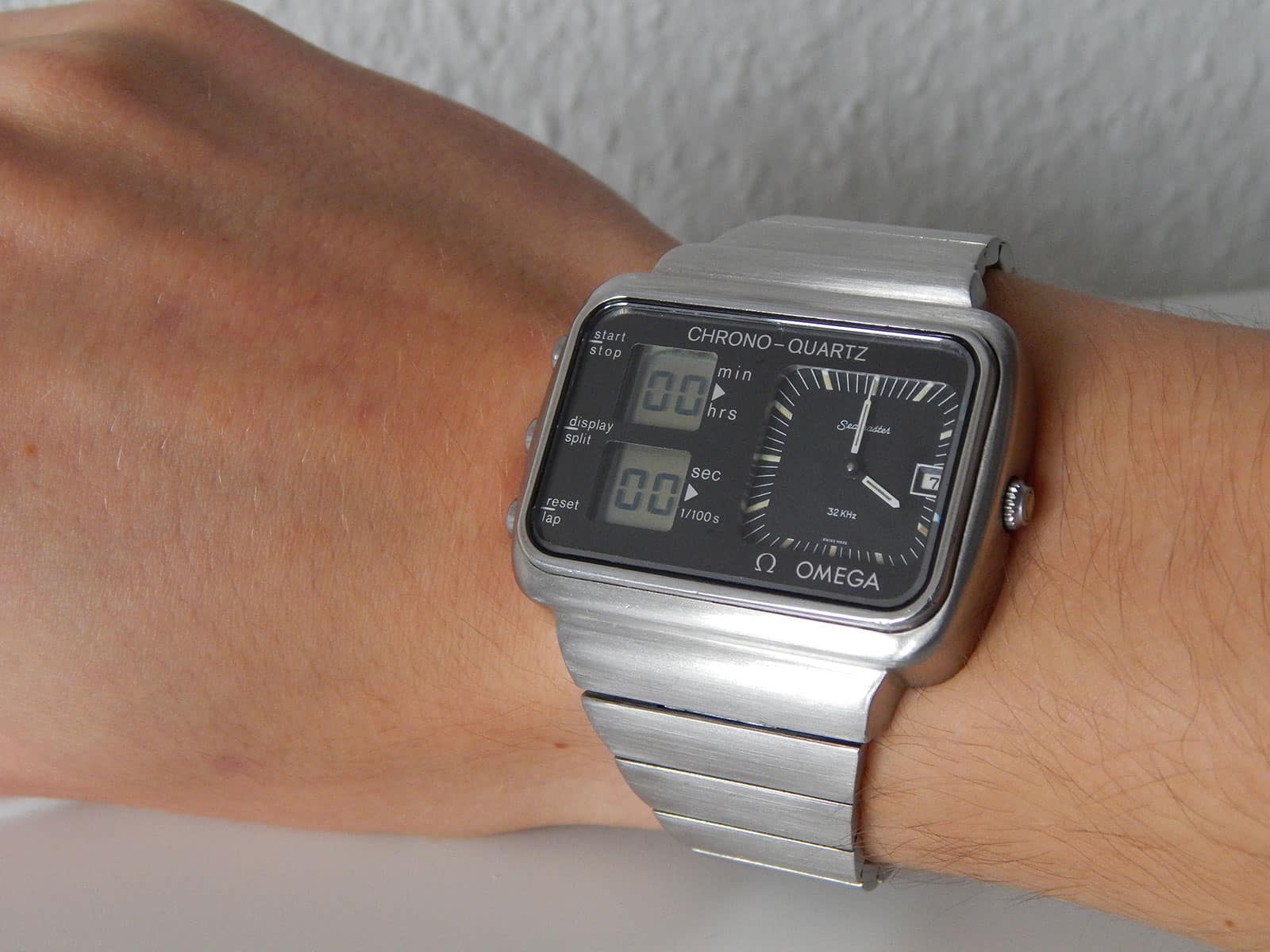 Throughout its development over the past century the wristwatch has developed a wide range of purposes that in turn accounts for diversity in people’s attitudes towards watches. A professional diver buys a Blancpain Fifty Fathoms because his life depends on the accuracy of his chronometer. A young, in vogue teenager chooses their Casio digital watch according to the latest fashion. A fairly wealthy person buys a Patek Philippe 5970 as a symbol of their prosperity. People who collect watches, therefore, are often confused with one of these groups of people. This happens because most people are only aware of the watches’ obvious qualities while watch collectors choose a particular piece because it has a pedigree of some kind. A classic case in point is the Omega Speedmaster, which is a particularly sought-after watch due to its use by NASA. Furthermore, certain timepieces are associated with a particular celebrity of their time like the Rolex Daytona “Paul Newman”, which earns its cognomen from the famous actor and racing driver who wore one. And finally, a connoisseur does not acquire a Patek Philippe 5970 for the social message it conveys but rather in appreciation of the horological skill behind its perpetual calendar function. Especially this last example goes to show that one and the same timepiece can have an entirely different meaning for different people. 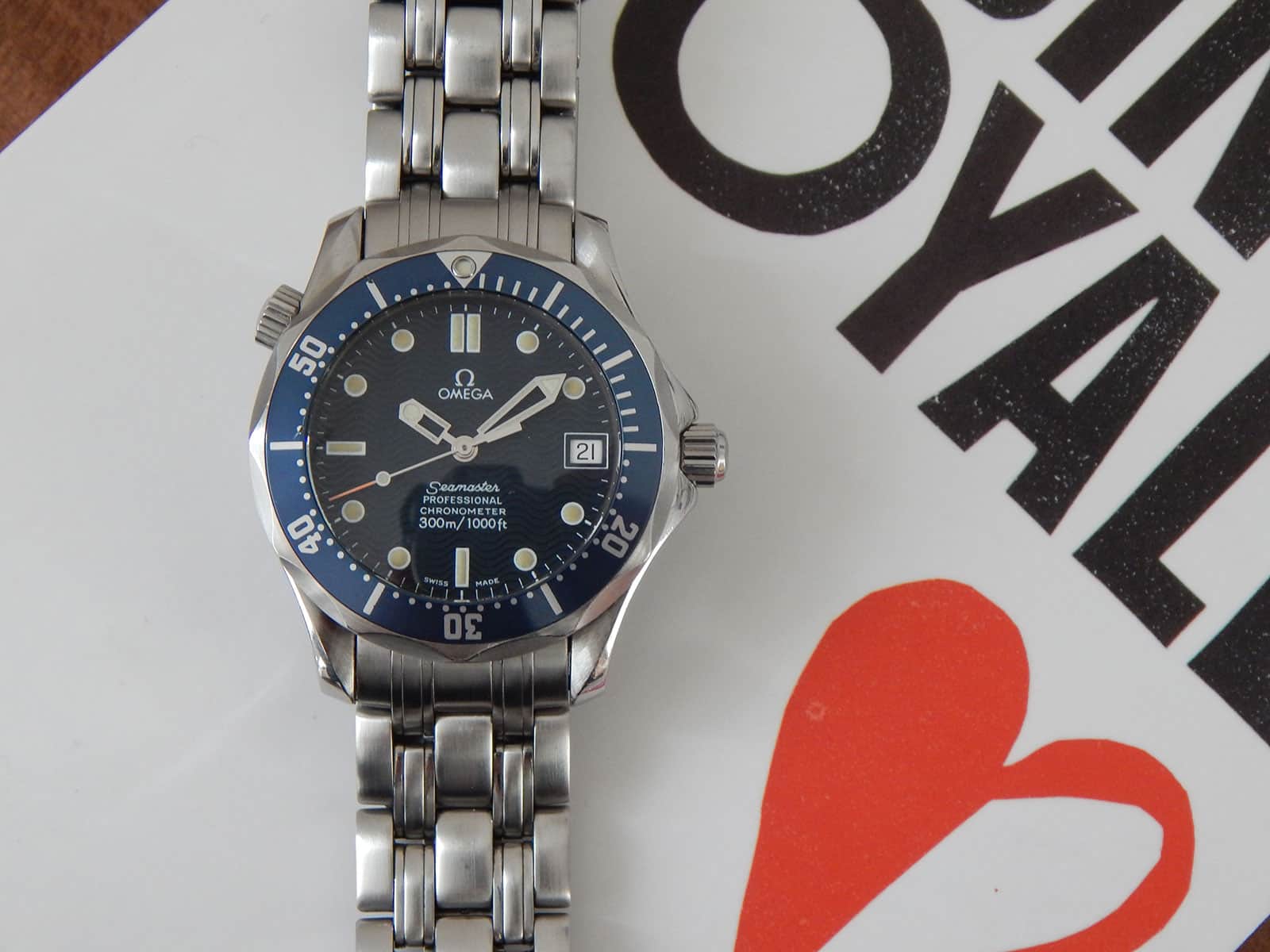 This essay has sought to determine the reason for the non-acceptance of watch collecting as a pastime. Unfortunately, the limited frame of this essay did not permit any further investigation into the evolution of practical goods into collectibles and the reasons for this process. It is nevertheless to be hoped that this short essay has made a constructive contribution to the acknowledgement of watch collecting as a legitimate hobby.

Hot Topics
Introducing: The Omega Speedmaster Super Racing With Spirate System
159 comments
Design Vs. Specs — Which Is More Important To You When Buying A Watch?
86 comments
The Time To Buy Is Now: How The Current Economic Climate Influences Watch Buying And How You Should React
51 comments
Introducing: The New Cartier Tank Française
49 comments
A Regret-Free Guide To Buying Your First Luxury Watch — Part Three: Higher-End Options From Omega, Rolex, Grand Seiko, And More
48 comments
Popular
(From The Archives) Shut Up & Read The Truth About Cartier Watches
George Cramer
21
Introducing: The New Seiko Astron GPS Solar 5X series (Live Pictures)
Robert-Jan Broer
9
You Asked Us: Nomos Orion as a dress watch?
Gerard Nijenbrinks
10