How The Cosmonaut’s Chronograph Made Its Way To The Stars

Space, the final frontier. When we talk about watches and space in the same sentence, our minds invariably drift towards one particular manufacture. That’s right, Omega and its Speedmaster Professional. It’s not an unjust association due to the whole “first watch worn on the moon” thing. It is also still the only timepiece sanctioned by NASA for manned spaceflight. However, other brands are also worthy of being mentioned in the same conversation. Indeed, some with a similar level of provenance. One of those brands is Fortis.

A quick look at the brand’s conception. It was founded in 1912 by Walter Vogt. Twelve years later, Fortis teamed up with British watchmaker John Harwood to release the world’s first self-winding wristwatch in 1926. In 1937 chronograph wristwatches joined the catalog. 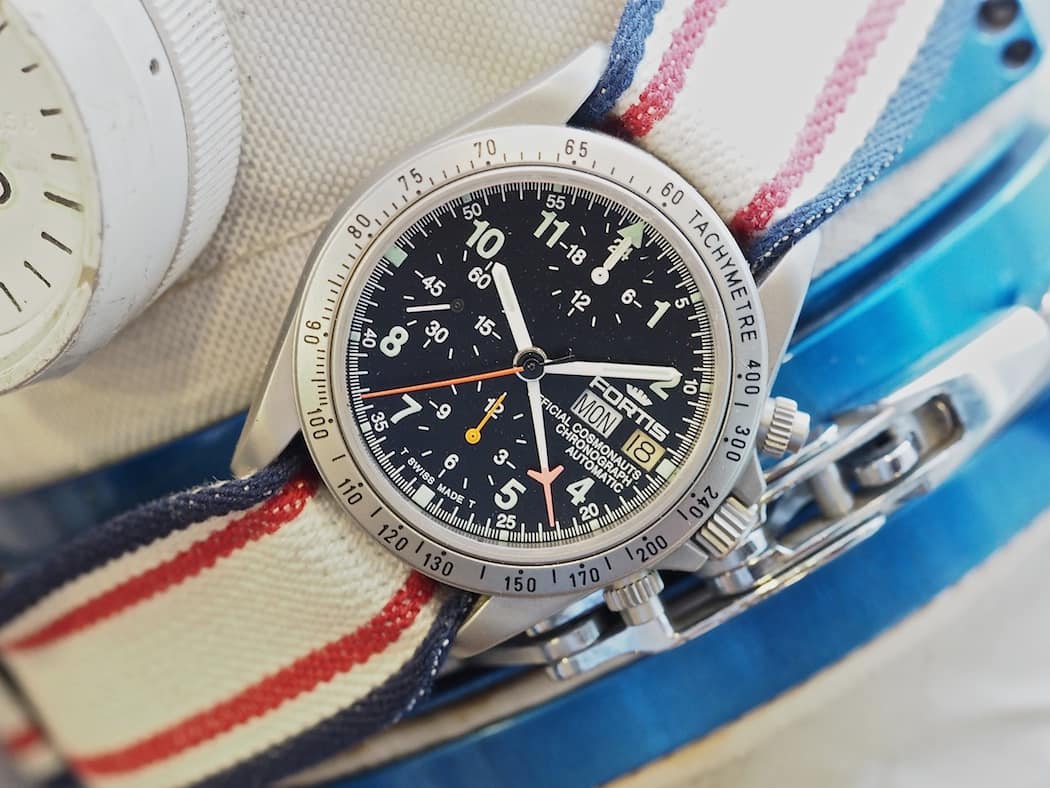 In 1994, Fortis released “The Official Cosmonauts Chronograph”. It was a three-sub-dial (with a Valjoux 3, 6, 9 layout) timepiece powered by the famous Lemania 5100 movement. It became the first watch to be officially qualified for use by the Russian Space Agency (ROSCOSMOS) and became part of their cosmonauts’ official equipment. In the same year, the cosmonauts wore their Fortis chronographs during the Soyuz TM-19 missions. The cosmonauts subsequently wore their Fortis watches on further MIR and ISS missions from 1994 until 2003. 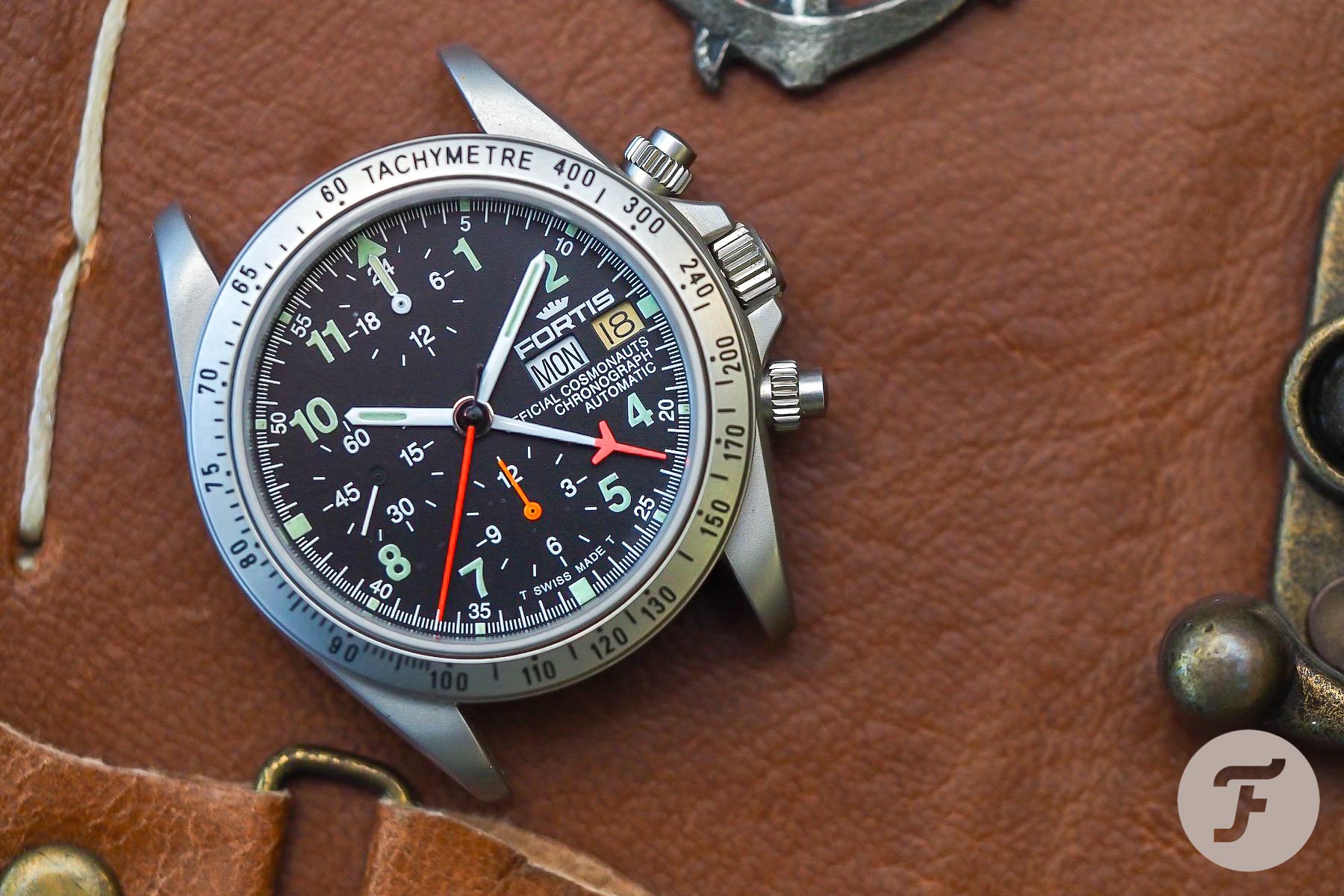 Both the 5100 and the 7750 have a day and date window and a 12-hour chronograph. The 9 o’clock sub-dial shows the running seconds, and the 6 o’clock sub-dial measures the chronograph hours. Both have a central hand for showing the chronograph seconds too. That’s where the similarities end. The 12 o’clock sub-dial on the 7750 is a 30-minute counter. On the 5100, it is a 24-hour hand. From a functional standpoint, the 5100 utilized a center-mounted hand to track elapsed minutes. This was more legible and, depending on the use, preferable too.

…a certain level of utility and functionality…

When comparing Fortis’ space watches with its slightly more famous stablemate, it’s interesting to note the different trajectories that got them into the minds and onto the wrists of the space-traveling astronauts. Obviously, the fact that they are both chronographs. This offers a certain level of utility and functionality that non-chronographs watches were unable to match. But Fortis’ journey was remarkably longer and more rigorous than the Speedy’s. 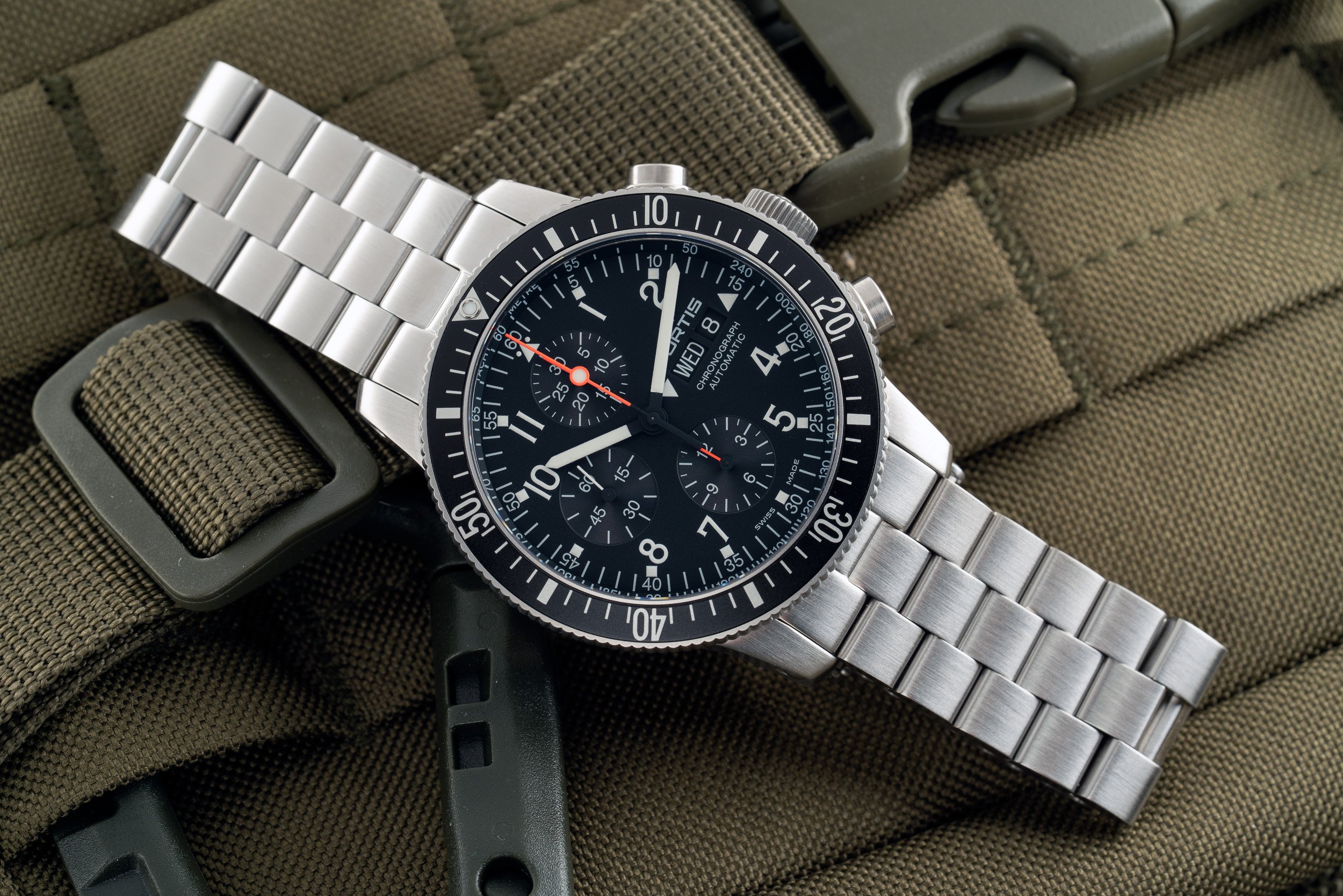 How did they get there?

The Speedmaster was initially designed as a driving watch (the clue is in the name), with racing drivers and enthusiasts in mind. After all, the 1950s created a boom in the racing market. After only a few years of use by NASA, the Speedy was adopted and enjoyed a relatively smooth route to the top. It was also in the right place at the right time in being the watch selected for the Apollo 11 Moon landing mission. Omega lucked out that its competitors just weren’t up to the job during testing.

Fortis’s journey to the stars took a little longer — it had to earn its place in the space race. It is also worth noticing that Fortis always designed its Cosmonaut watches with space travel and exploration in mind from the start. That in itself makes the brand infinitely cool!

The genuine provenance and story are what appeals.

Watches with ties to space always hold a special place in watch enthusiasts and collectors’ hearts regardless of the agency or missions with which they are associated. The genuine provenance and story are what appeals. The Fortis Cosmonaut Watches are reminders that there is more than one player in the space watch market — the Speedy doesn’t hold the sole claim to the throne. 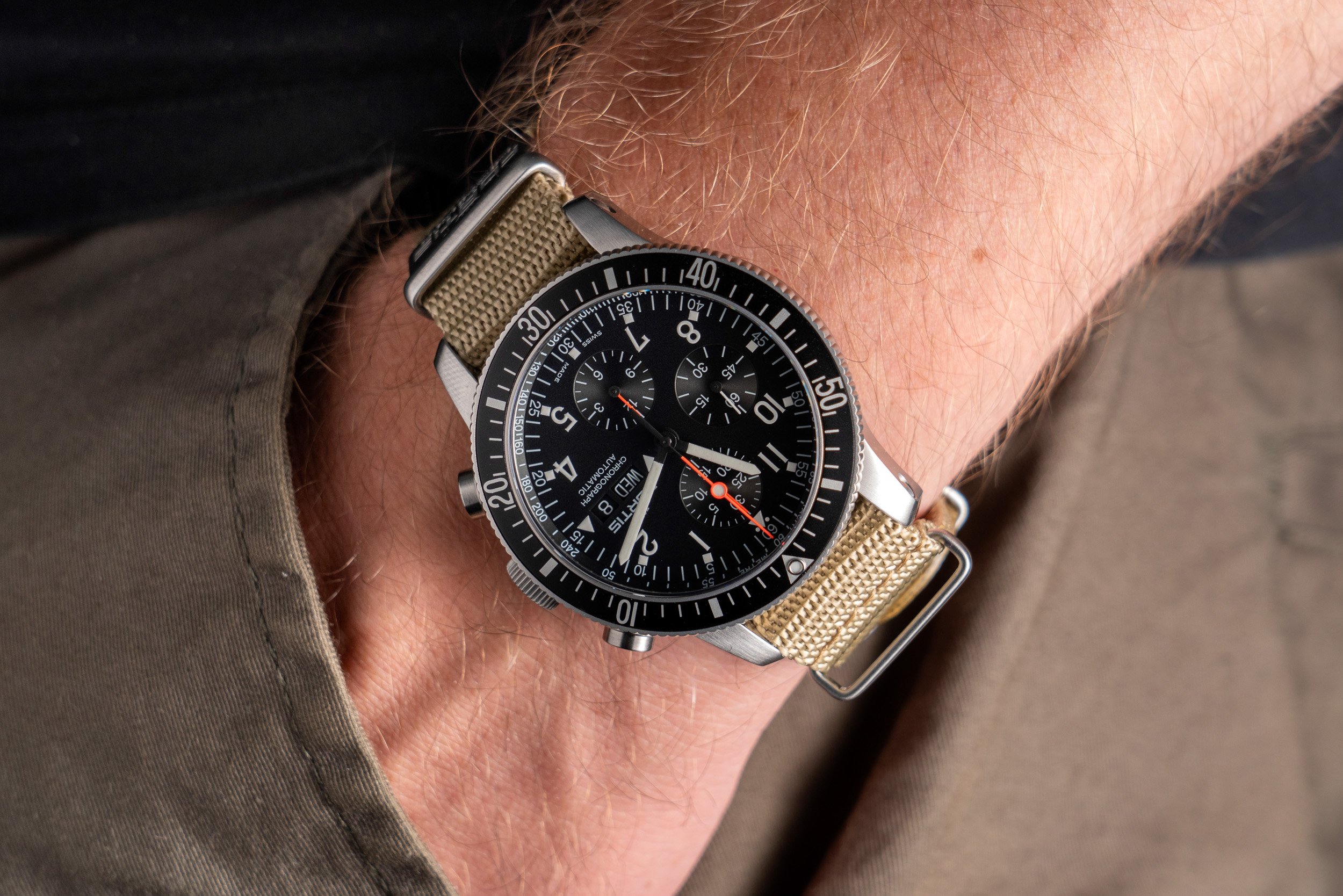 With Omega just recently launching its somewhat-pricey 50th Anniversary Snoopy Award Speedmaster, it seems an apt time to remind our readers there is a worthy alternative. It’s definitely worth a look at the latest iteration of the B-42 Cosmonauts Watch or the Amadee-18 Special Edition, both in the Fratello Shop. Both watches come with a free extra NATO strap, free shipping, and all the other benefits that purchasing from our online store affords.