While some brands place their technological innovations above all else in their attempt to craft a distinct identity, others prefer to integrate mind-boggling innovations with less fanfare. Frederique Constant may not be the first brand name that comes to mind when listing trailblazing mechanics, but the release of the Slimline Monolithc Manufacture might be about to change that…

In watchmaking, perception is everything. How we feel or what we think about a brand can inform our decision to purchase (or not) before we’ve even taken a good look at the model in question. If you thought you knew what to expect from Frederique Constant, think again. The ultra-fast oscillator of the Slimline Monolithic Manufacture watch is truly something to behold. And while we’re used to seeing this kind of update in models of a futuristic, avant-garde aesthetic, Frederique Constant has packaged this novel regulating organ in an on-brand, classically-styled skin. 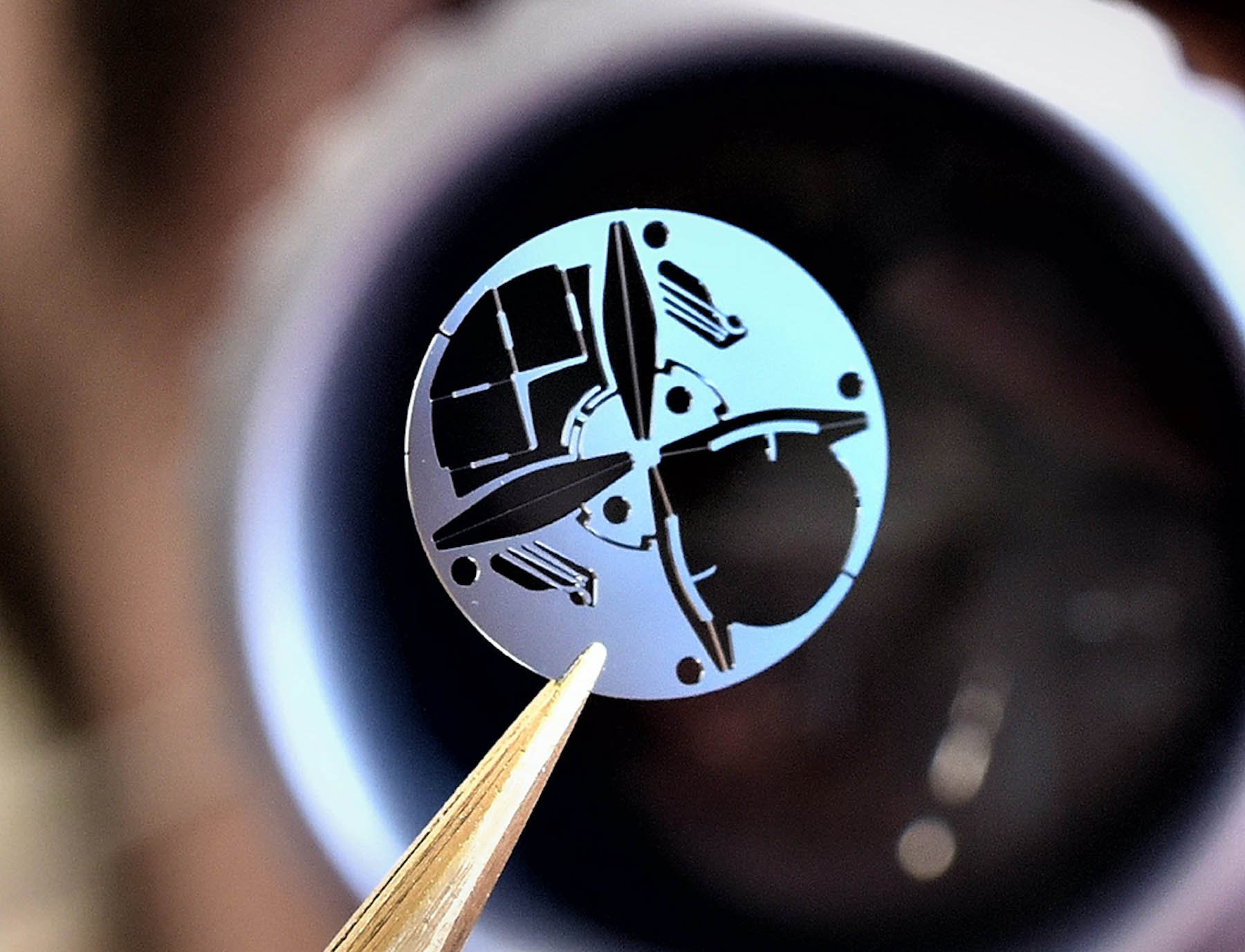 These days, an operating frequency of 28,800vph is considered the norm. That wasn’t always the case. In the middle of the 20th century, such an operating speed was considered “high beat” or “high frequency”. In those days, operating speeds between 18,000 and 25,200 were more common for wristwatches. The 36,000 vibrations per hour(vph) made famous by the 1969 release of the Zenith El Primero caliber took the high-beat crown and has remained the standard for those wishing to hold a torch to the accuracy and shock-resistance of the EP. The regulating organ we’re discussing today has an operating frequency of 288,000. That isn’t a typo. That is ten times higher than an average mechanical watch. So what does this mean in real terms? 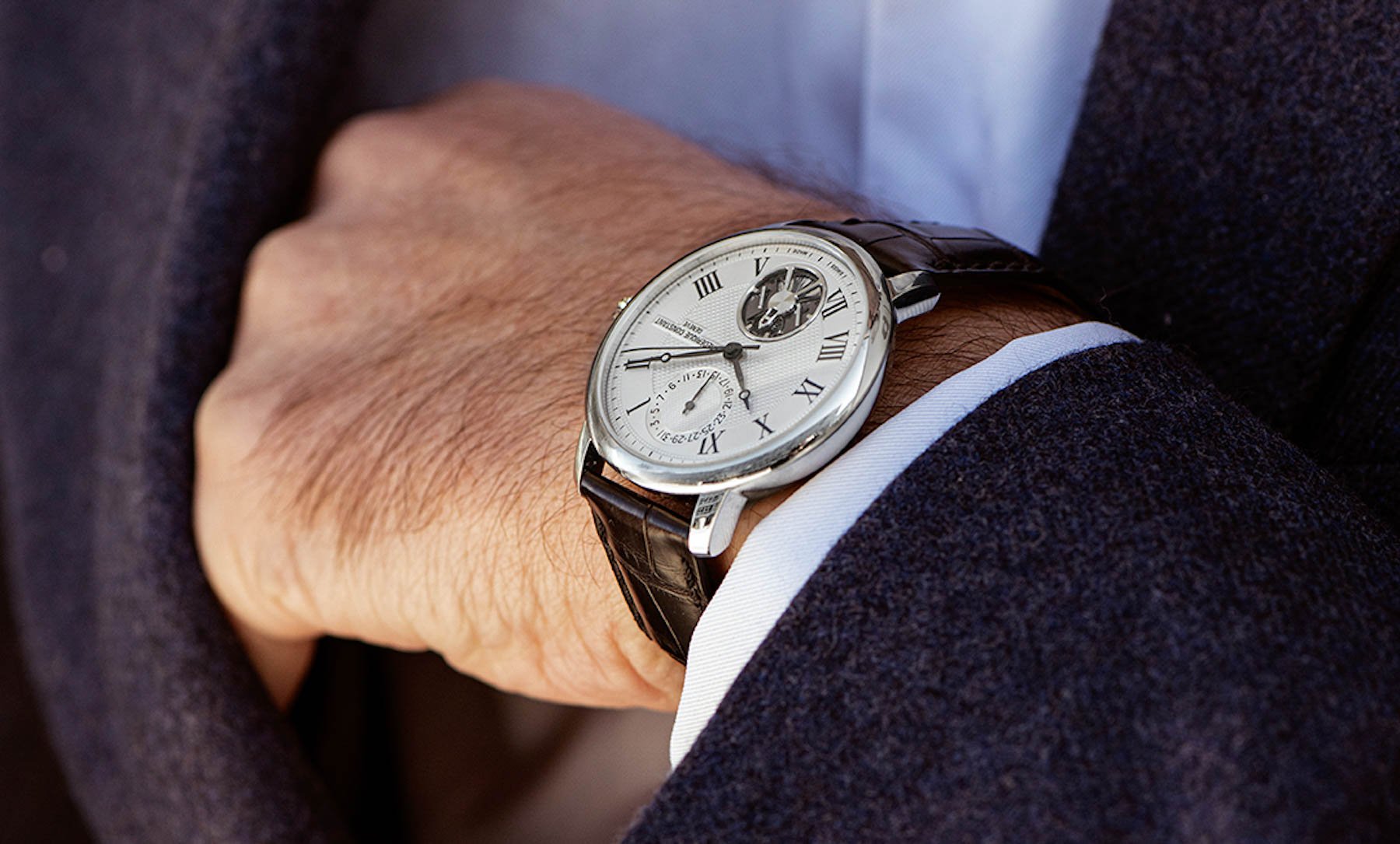 While higher operating frequencies are often equated to a simple increase in accuracy, this doesn’t tell the whole story. At rest, that is, in static, controlled conditions, a well-regulated watch operating at 18,000vph is not necessarily any less accurate than a watch running at 36,000vph. In fact, the lower operating frequency has the advantage of exerting less wear on its components as they are literally being used less often. However, while this sounds appealing, there is one key thing to consider: watches, unlike clocks, are not designed to exist in a static environment. 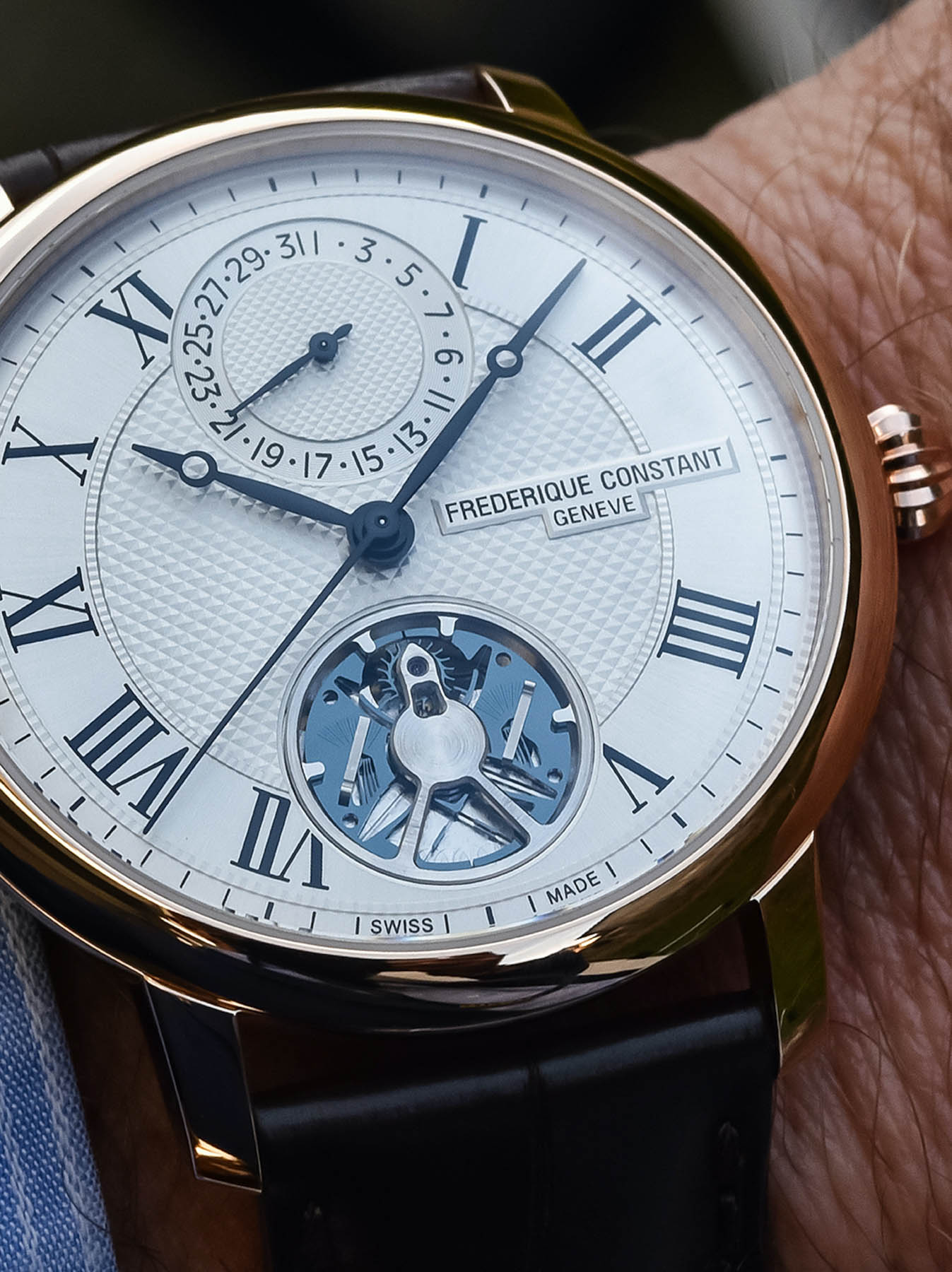 During normal wear, the regulating organ (the balance wheel and spring) are subjected to shocks and the influence of gravity among other potentially impacting external influences. Lower operating frequencies push less power through their regulating organs. As such, the shocks sustained take longer to recover from. This is one of several ways inaccuracies in timekeeping can manifest. While higher operating frequencies require more power to run, these watches’ ability to power through shocks and deliver more stable timekeeping is laudable. 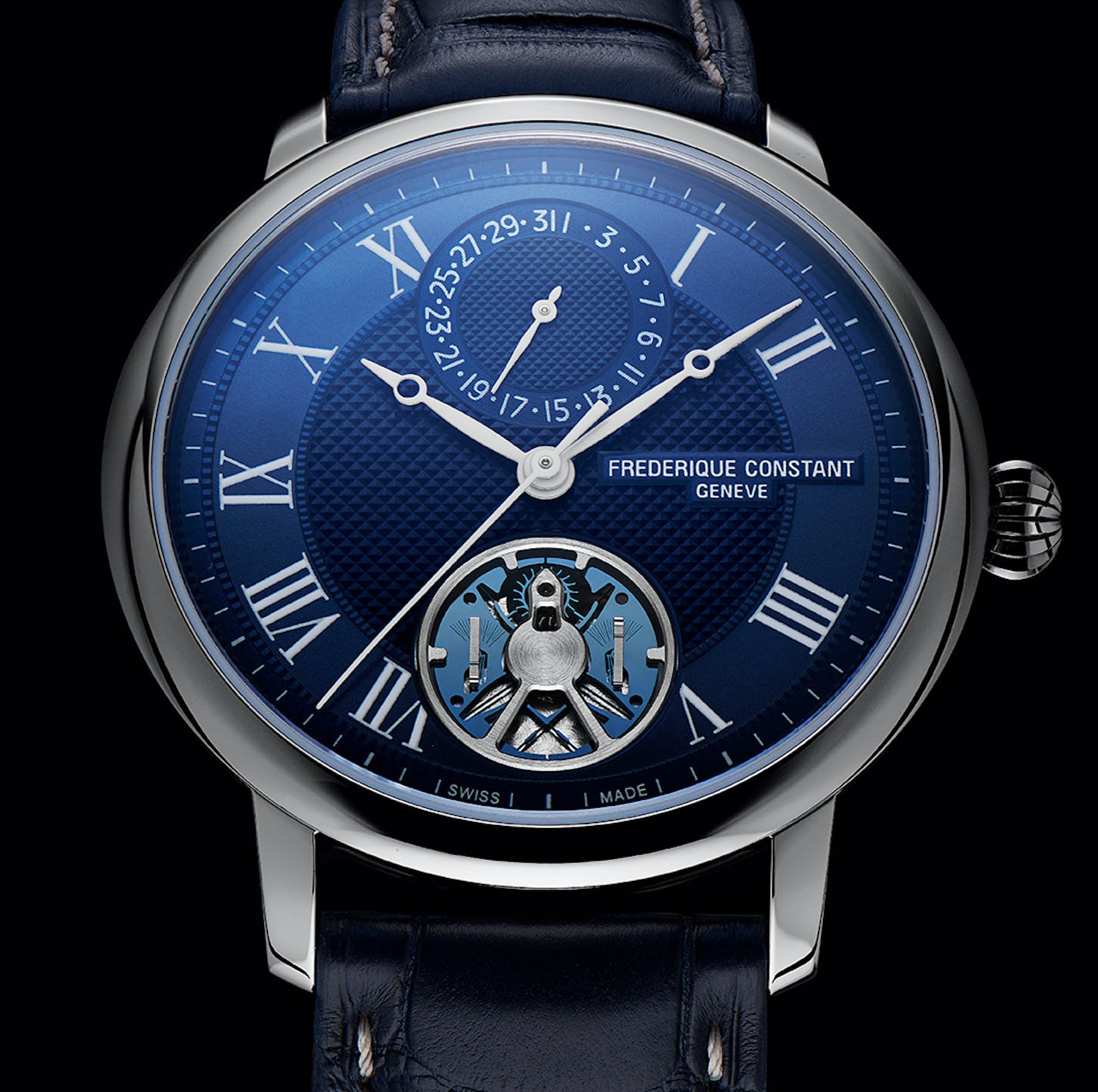 This 40Hz silicon oscillator is moving very, very quickly. While a 28,800vph (4Hz) equates to eight “ticks” per second, the Monolithic Manfucature watch’s escapement is operating a stunning 80 times per second. So how is that even physically possible? How can a physical component (as in non-electrical) move so much faster than the component it has usurped? Well, a lot of it comes down to amplitude. Amplitude is the distance a regulating organ moves from a position of rest to the position of maximum travel. This value is expressed in degrees. A balance wheel’s optimum amplitude is around 280–300 degrees (let’s say 300 degrees at a full wind for the sake of this example). 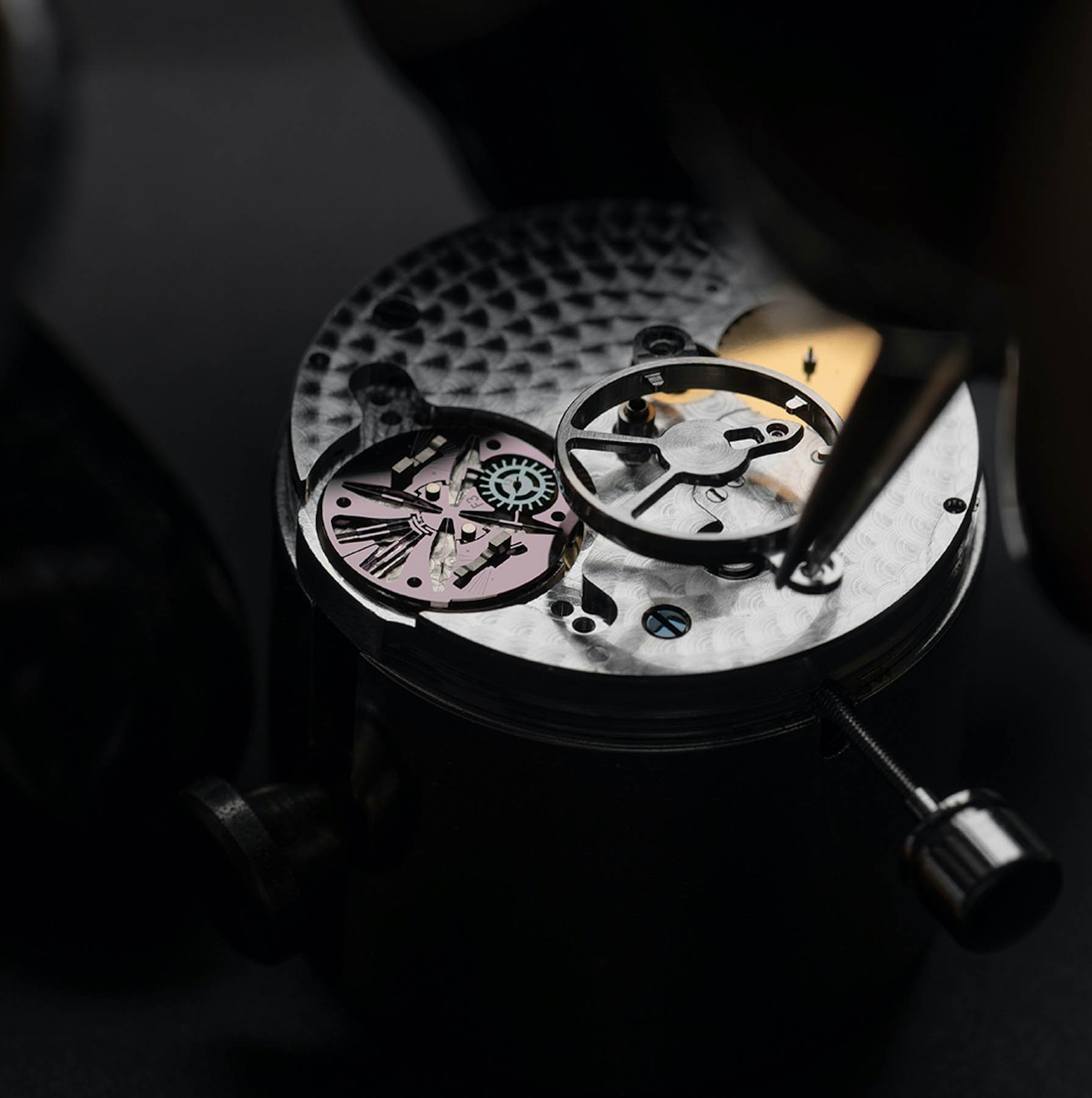 This silicon oscillator, however, travels only six degrees from rest. As you may be able to calculate, that is a 50-fold reduction. The advantage of such a vastly reduced amplitude? An increase in accuracy during general wear without having to sacrifice power reserve, which would be the case for a normal escapement operating so rapidly. The result? Exceptional isochronous performance and an 80-hour power reserve in the same package. Perhaps better still, the production methods of this piece mean it is very cost-effective to produce… 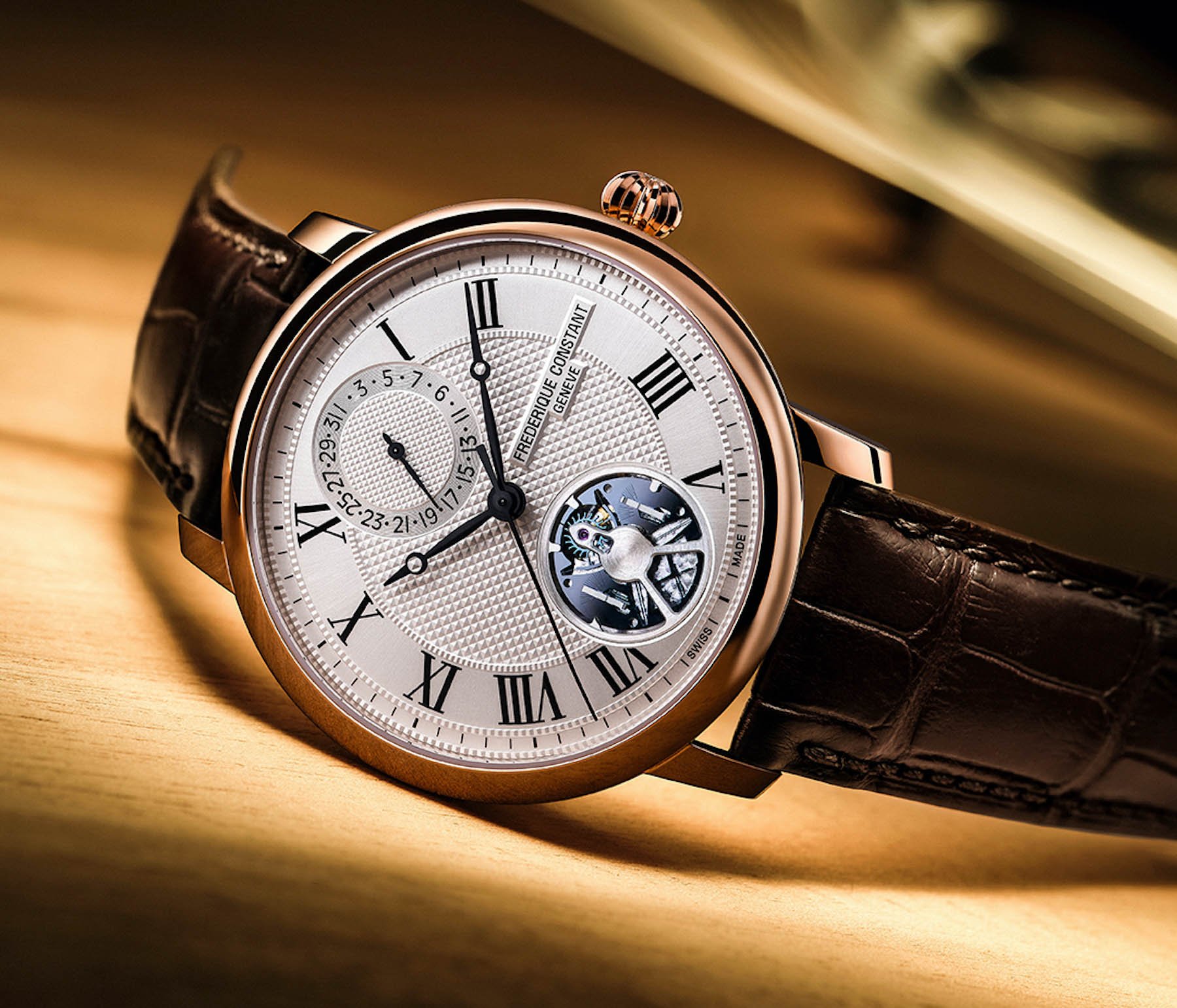 Cased up and good to go

Amazingly, this technology does not come with unpalatable dimensions. The case of this remarkable timepiece is a demure 40mm. Happily, it comes in both polished 18-karat rose gold and stainless steel. The rose gold version (FC-810MC3S9) has a white dial and retails for €14,995. This model is limited to just 81 pieces. You can get the steel model with either a white dial (FC-810MC3S6) or a blue dial (FC-810MCN3S6). Both are limited to 810 pieces each and priced at €4,495. To learn more about this intriguing technology, visit Frederique Constant’s official site here.

Hot Topics
Introducing: The Omega Speedmaster Super Racing With Spirate System
165 comments
Design Vs. Specs — Which Is More Important To You When Buying A Watch?
86 comments
My Predictions For New Omega Speedmasters In 2023
54 comments
The Time To Buy Is Now: How The Current Economic Climate Influences Watch Buying And How You Should React
51 comments
A Regret-Free Guide To Buying Your First Luxury Watch — Part Three: Higher-End Options From Omega, Rolex, Grand Seiko, And More
48 comments
Popular
(From The Archives) Shut Up & Read The Truth About Cartier Watches
George Cramer
21
Rolex Submariner Hulk versus Seiko SLA019 : Shades of Green
Michael Stockton
29
You Asked Us: Nomos Orion as a dress watch?
Gerard Nijenbrinks
10