“I see trees of green, red roses too,” although that Louis Armstrong song has nothing to do with another colorful GS
Lex Stolk
comments 32
Share

I saw the picture of the new Grand Seiko Hi-Beat 36000 80 Hours Green Birch SLGH011 and immediately “What A Wonderful World” started playing in my head. I don’t think the Grand Seiko watchmakers in Shizukuishi are listening to this evergreen song when they’re putting together the new Green Birch. But if they are, it wouldn’t surprise me, either.

I won’t get into the part where the beautiful landscape of northern Japan is a bottomless source of inspiration for the Grand Seiko watch designers. No more snow crystals only seen between January 13th and February 2nd. I won’t mention Mount Iwate either. But I do, for a moment, have to say something about the enchanting forests in the Shizukuishi region. Better still, let me quote Grand Seiko on the source of inspiration: “The deep green dial expresses the white birch forest as seen in summer, surrounded by lush greenery amongst the white stalks.” One look at the Grand Seiko Hi-Beat 36000 80 Hours Green Birch SLGH011 tells you the watch completely lives up to its name. But does it live up to your expectations? 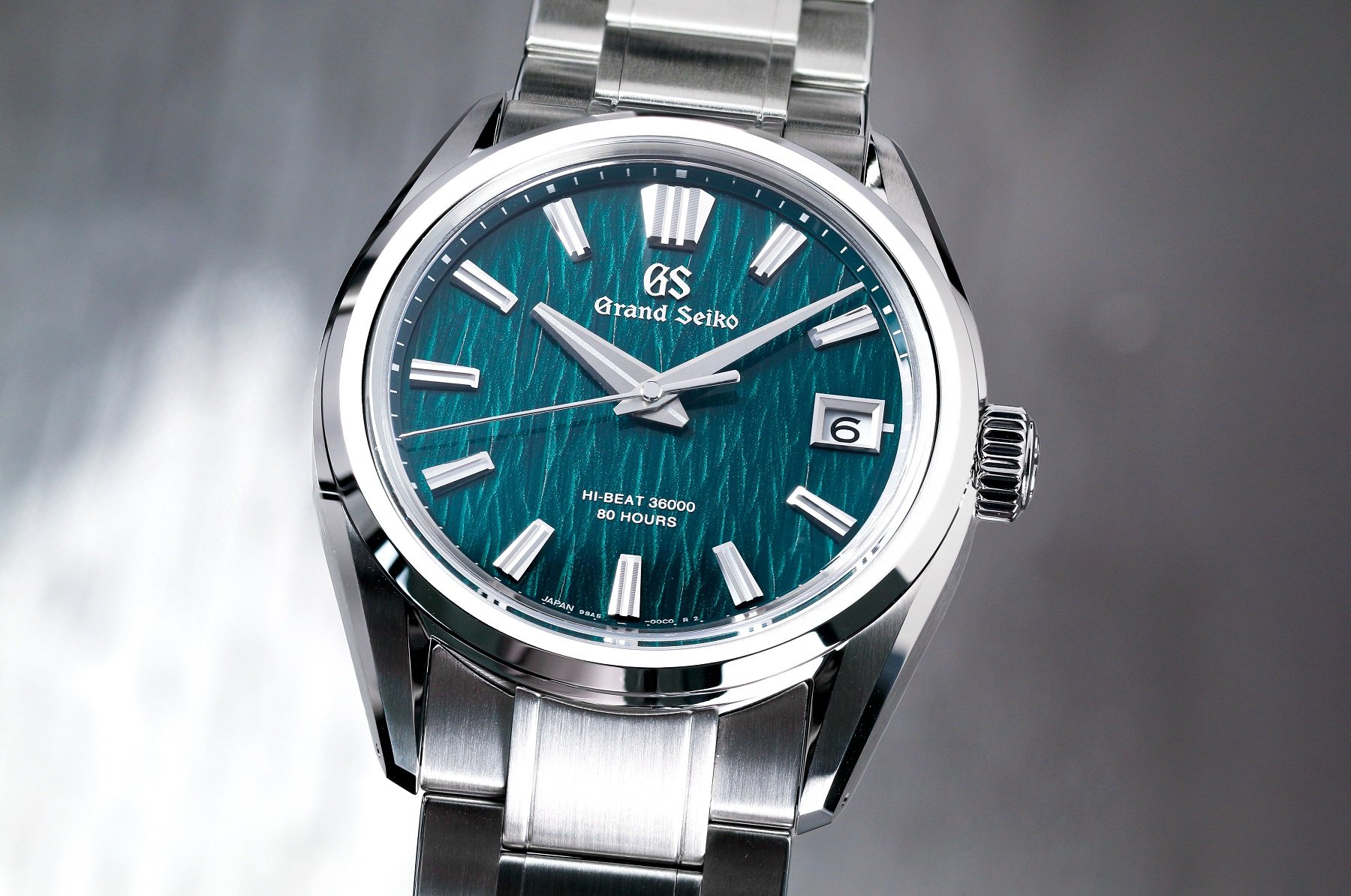 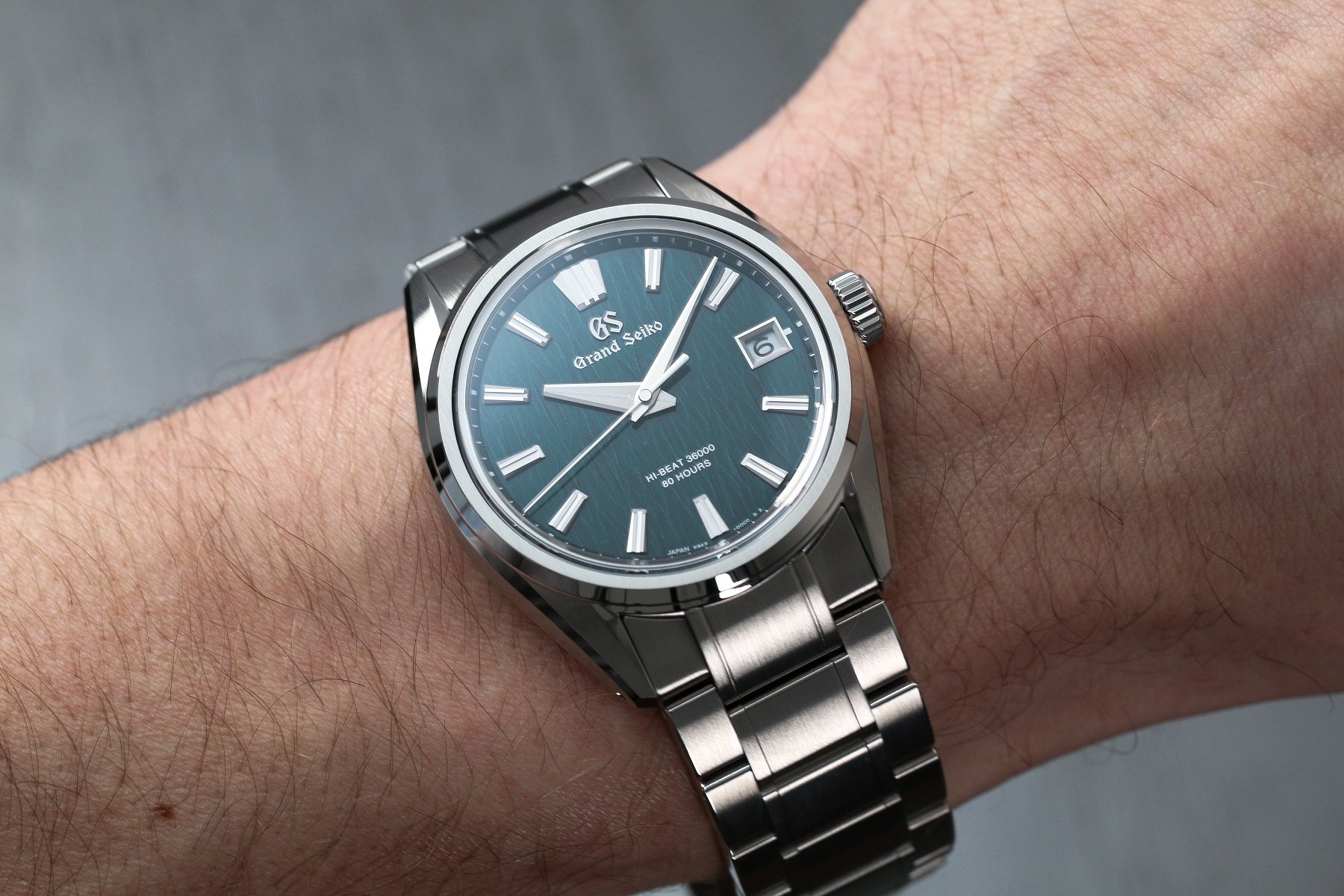 And what a dial it is. The focus is now on the leaves and not on the stalks of the birch. The texture that defines the different Birch models is the result of pressing the 0.5mm brass dial. It takes seven pressings — sounds a bit like making olive oil, don’t you think? — to create the deep texture that will play with the light once under the sapphire glass in the final product. 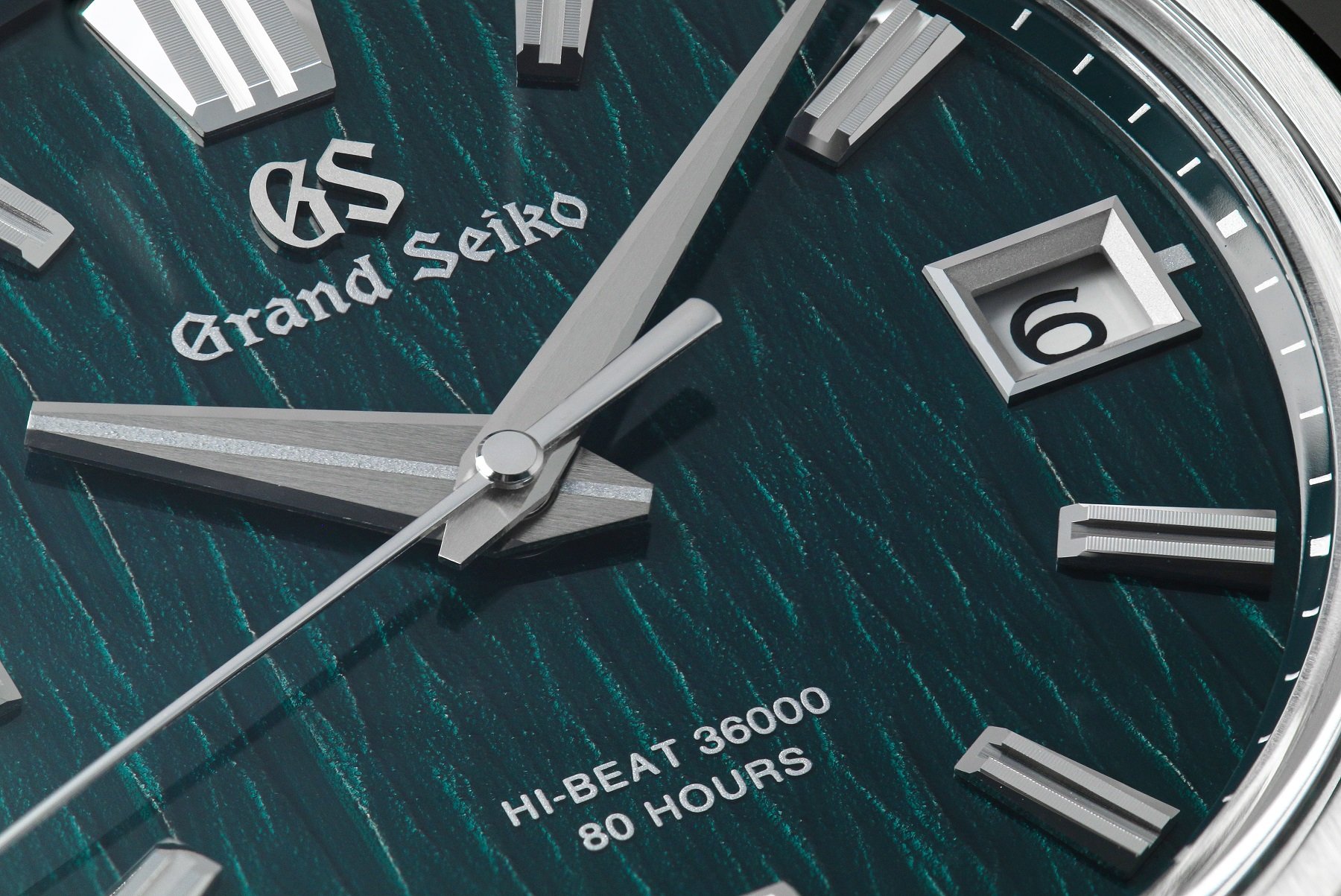 The secret’s in the coating, partly

The fresh green color of the Birch leaves comes from numerous layers of colored coatings. The color and the reflections are enhanced by a generously thick final layer of clear coat. As you would expect, the green of the dial is not just green. When lights are low, the green borders on black. But when light hits the textured dial, the colors you see range from lush forest green to almost a shade of near teal. And it’s not just the light that makes the color change, but it’s also the angle and the distance between the watch and the observer. 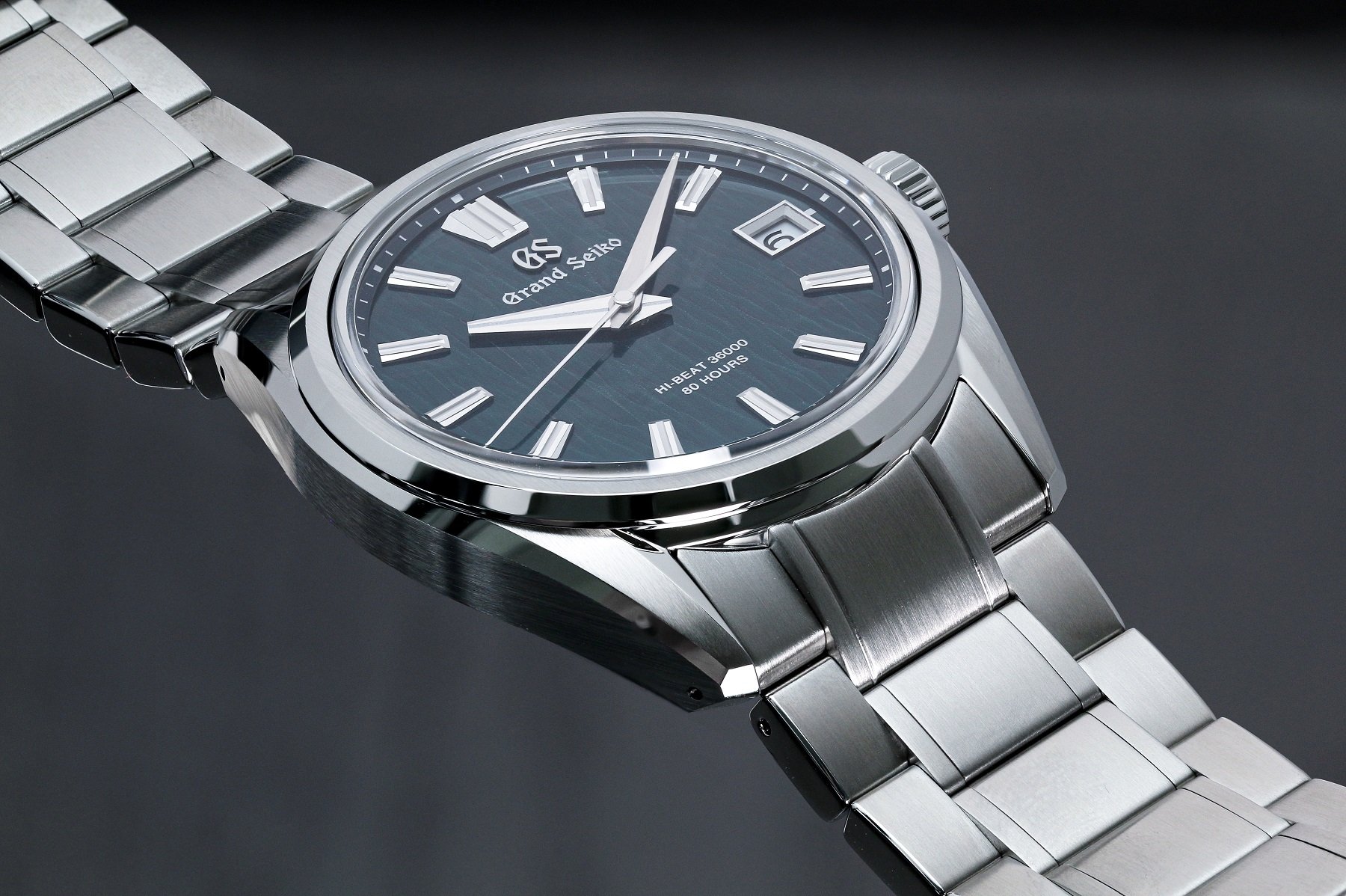 As you would expect, attention to detail doesn’t stop at the dial’s color and texture. The hour markers, for instance, were formed by diamond cutting. The result is a perfectly flat mirror finish that reflects even the tiniest amount of light. That sure increases readability, even with a lack of lume. Apart from the different dial color, the White Birch SLGH005 and Green Birch SLGH011 differ in another way. The Green Birch shows horizontally grooved flat top surfaces, instead of the mirror-finished surfaces the White Birch presents. The idea is that a grooved surface captures more light and creates a stronger contrast to the dark green dial. 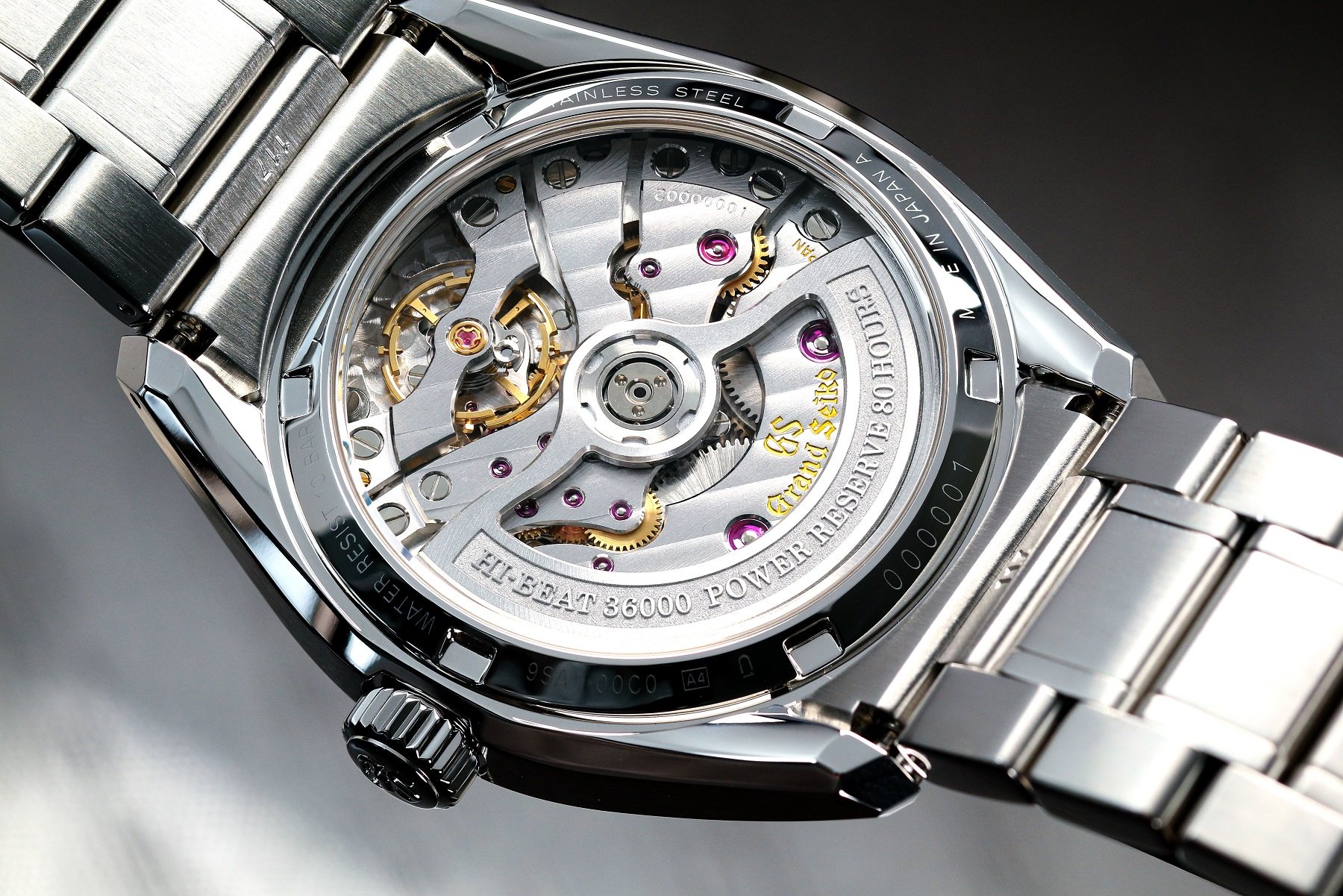 There is nothing new inside, but that doesn’t mean we shouldn’t quickly point out that the automatic Hi-Beat caliber 9SA5 is a joy to look at and an innovative piece of micro-engineering. You can read more about the special Dual Impulse Escapement right here. 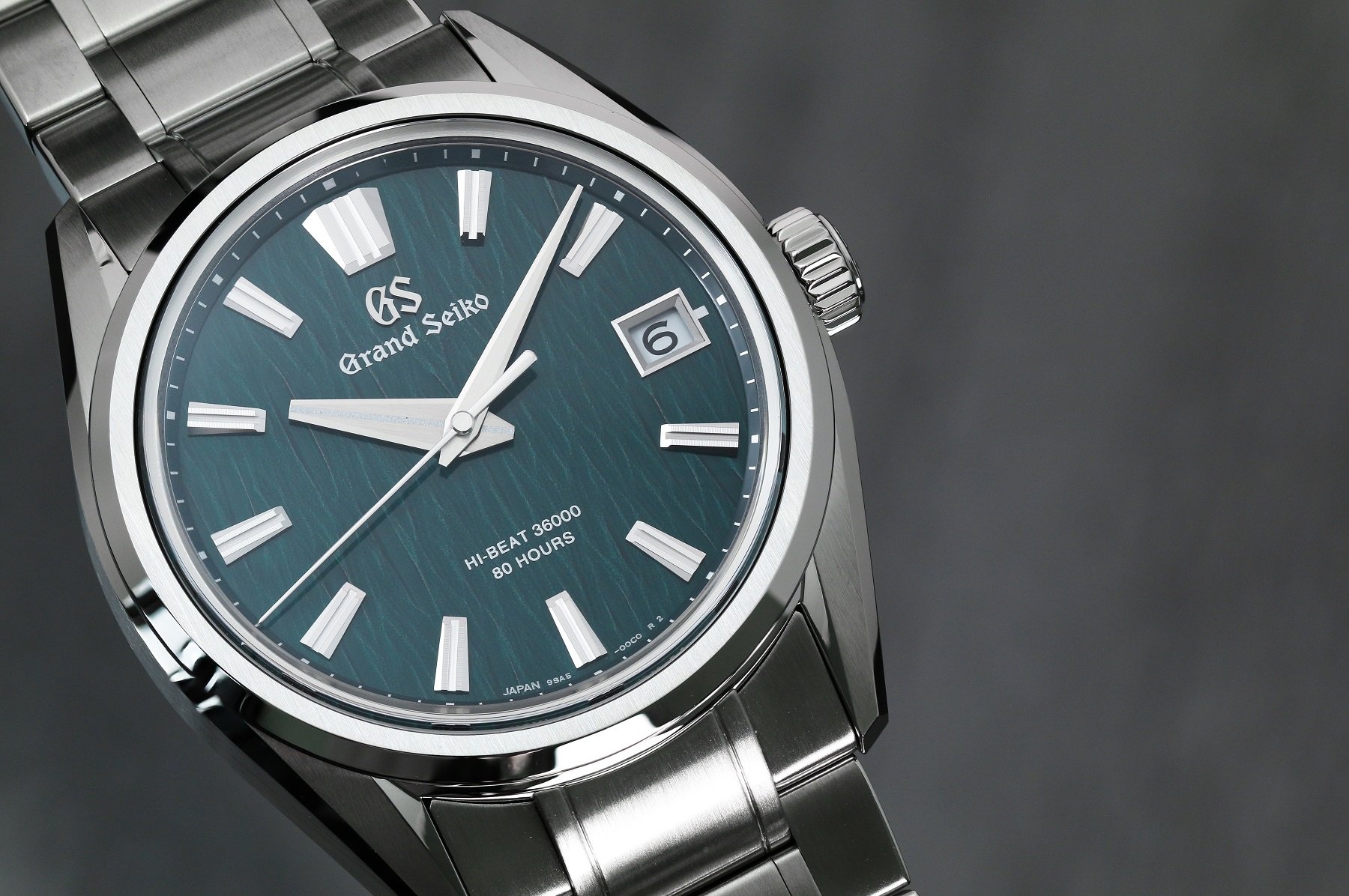 When the leaves start to turn brown, the Green Birch will appear

The steel Grand Seiko Hi-Beat 36000 80 Hours Green Birch SLGH011 measures 40 × 11.7mm with a 47mm lug-to-lug length. It launches September 1st — when the leaves start to turn brown again — but is available for pre-order now. The watch will be available exclusively at the Grand Seiko Boutique Online and will retail for $9,100 USD. And that’s exactly the same price as the White Birch SLGH005. 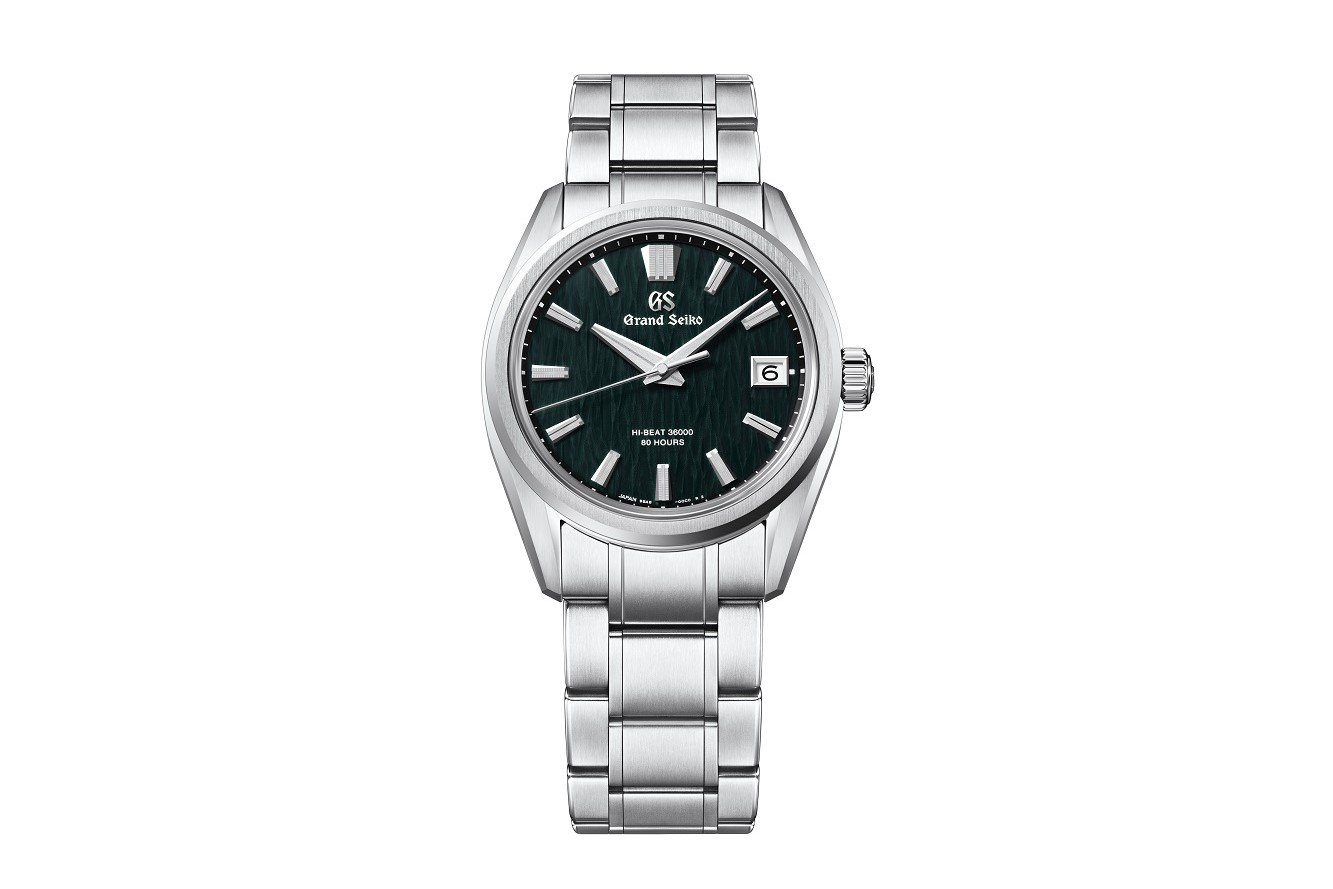