Today, I’ll provide a brief plug for something I’ve really grown to enjoy: The Grey NATO.

It’s funny, when you move to a foreign country (for me, it was the USA to Germany about four years ago), you gradually let go of certain things from your homeland. This is especially true when it comes to media due to things like time zones and country rights. Miss your favorite TV show? Too bad unless you’re willing to go through VPN’s, Slingboxes or pay for shows on iTunes. Alternatively, subscribing to English channels here is like a trip back to 1985 – 2008. Seriously, 2 ½ Men with Charlie Sheen has been on here every night for over 4 years (I could act as an extra in most episodes as I know all the lines) and Murder She Wrote is on Saturday mornings along with a mega-dose of “the Hoff” in Knight Rider. Yes, it’s that bad – and there is still quite the love affair with the former Baywatch lifeguard no matter what anyone says. I won’t even get into how one must basically put their sports allegiances on hold…alas, my dear Detroit Tigers.

Thankfully, outside of online publishing, there’s another outlet that keeps me close to what’s happening in the English-speaking world: the podcast. I have the overrated pleasure of rolling 60-odd kilometers, each way, up and down the A5 (autobahn, that is) each day which gives me anywhere from 90-120 minutes in the car. Aside from conference calls, I listen to podcasts and they’ve been my saviors. (Music? One can only take so much club music that’s replayed on a less than hourly basis. ) 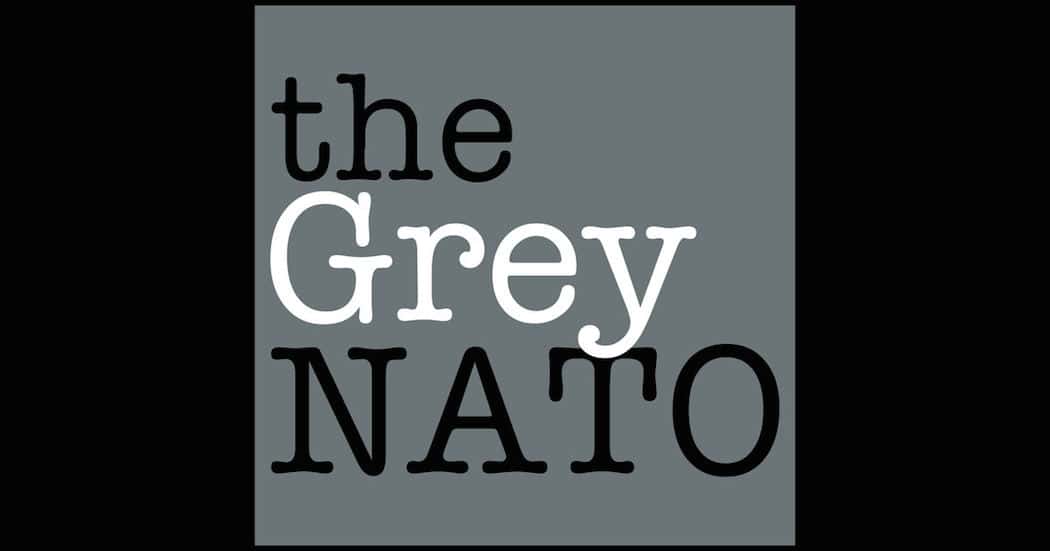 The Grey NATO podcast has become a favorite of mine

I listen to all sorts of things but I am so happy that there’s a relatively new podcast on one of my favorite subjects: watches. The Grey NATO was launched over the last couple months by Jason Heaton of Gear Patrol – and other sites- fame and James Stacey from ABlogToWatch and other media outlets. I’ve listened to it from the get-go but thought I’d let it run for a bit before I presented a little review because a) I wanted to see if it remained interesting and b) I wanted to see if it remained.   I’m happy to say that after 5 episodes it’s done both and I really look forward to more of the roughly 1-hour episode that’s released every other Tuesday by the duo.

The Grey NATO talks about watches, of course, but also gets into things like gear for exploring – diving, hiking, etc. – and then the guys talk about anything that’s struck their fancy such as online content, books, etc. Confession: I was about to head on an international trip and needed a book – their recommendation of “Shadow Divers” was spot on. Jason and James have a variety of interests such as travel, cars, aviation (any show that mentions the SR-71 has me hooked), and space that strike a chord with me and I like the fact that they discuss the little details about certain subjects. Finally, they supply recommendations on where to find and buy things. It’s detailed but in a very non-assuming and approachable way. Most of all, when it comes to watches and the industry, these guys are honest without ever getting snarky or sarcastic – aces to them as I’d likely struggle with that aspect!

I had the opportunity to meet Jason (the Fratello team has known him for some time now) and James briefly at an Oris party during Baselworld a couple weeks ago and they’re as approachable and friendly as they seem in The Grey NATO. In other words, the show isn’t a “show”. If you like talking and hearing about watches and are the type to get excited about the details, I recommend giving The Grey NATO a shot. It’s free and available on iTunes or wherever you pick up your podcasts. My only recommendation to the team is to go a little more rock ‘n’ roll on the theme music as that indie surf music might lull me to a gentle sleep while cruising at 250kmh! 😉 Whether on a plane, in a car, or wherever, the show is a great way to spend an hour…well done gents!

Hot Topics
Introducing: The Omega Speedmaster Super Racing With Spirate System
162 comments
Design Vs. Specs — Which Is More Important To You When Buying A Watch?
86 comments
The Time To Buy Is Now: How The Current Economic Climate Influences Watch Buying And How You Should React
51 comments
My Predictions For New Omega Speedmasters In 2023
48 comments
A Regret-Free Guide To Buying Your First Luxury Watch — Part Three: Higher-End Options From Omega, Rolex, Grand Seiko, And More
48 comments
Popular
Top 10 Rolex Watches – Overview of Models Favoured By Our Readers
Fratello
25
An Overview Of All Omega Speedmaster Apollo XI Models
Robert-Jan Broer
17
(From The Archives) Shut Up & Read The Truth About Cartier Watches
George Cramer
21