H. Moser & Cie. — “Changing Lanes” How To Remodel A Brand

In watchmaking, branding matters. Having a clear message and an easily communicable public persona is essential for success. But founding a brand without any heritage to point to is tough sledding. That is why it is more common today than would have been comprehensible 30 years ago, to find old names being bought by or transferred to new owners with a vision of reshaping that brand into something entirely new for the modern world. We’ve seen this happen many times with varying degrees of success. Brands like Czapek, Vertex, and Fears have all gone this route. For today’s case study, however, we’re going to take a look at the remarkable rise of H. Moser & Cie. and assess how a brand went from a true outsider to one of the darlings of independent watchmaking.

Fifteen years ago, we were mired in an era of excess. Money was everywhere. The streets were paved with gold. We could do no wrong. “Build it and they will come,” was the motto on everyone’s lips. The luxury aspect of luxury watchmaking was big business and only getting bigger. It could never have gone on that way in perpetuity. Thank goodness, for the sake of our souls, it didn’t.

The bombast of the mid-nineties to mid-aughts that saw major Maisons dominate the watchmaking scene coincided with a dearth of innovation, a complete dryness of presentation, and a largely lamentable product portfolio to show for it.

The name on the dial was all that mattered. The watch? It was a conduit, nothing more. Sure, there were some good products mixed in there and even some designs that have become “classics” in their own right, but the long and short of it was this: being cool meant more than the craft. Had the world not been forced to reevaluate, we might have lost the industry down this black hole of self-obsession. 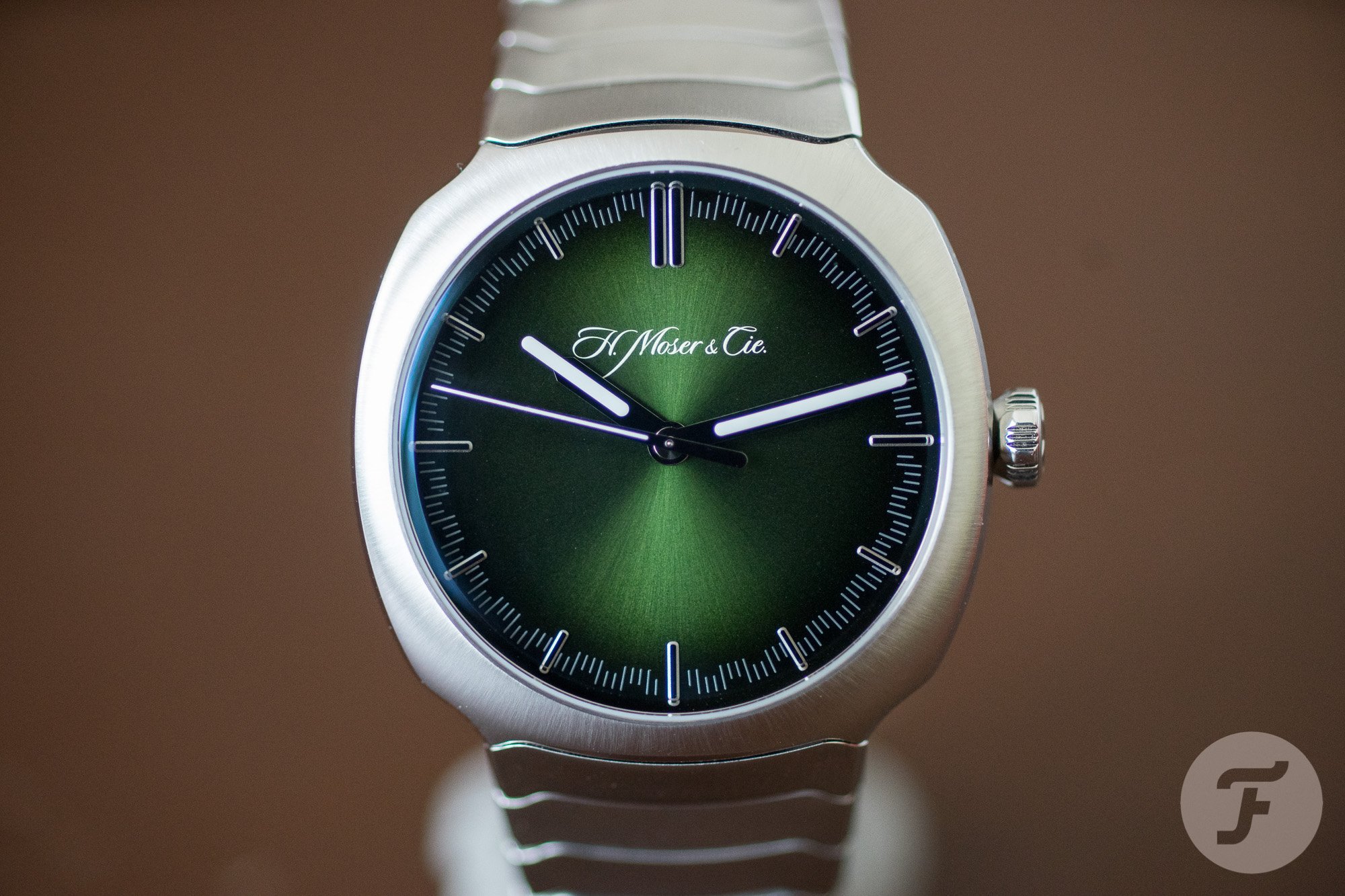 Very few people saw the financial crash coming. When the bottom dropped out of the world’s economy, the watchmaking industry watched on with skeptical anticipation. Despite the industry’s pervading arrogance and the fact that nothing seemed to change at the time, there was still a sense of inevitability about the whole thing.

“Oh, well, it was good while it lasted…” 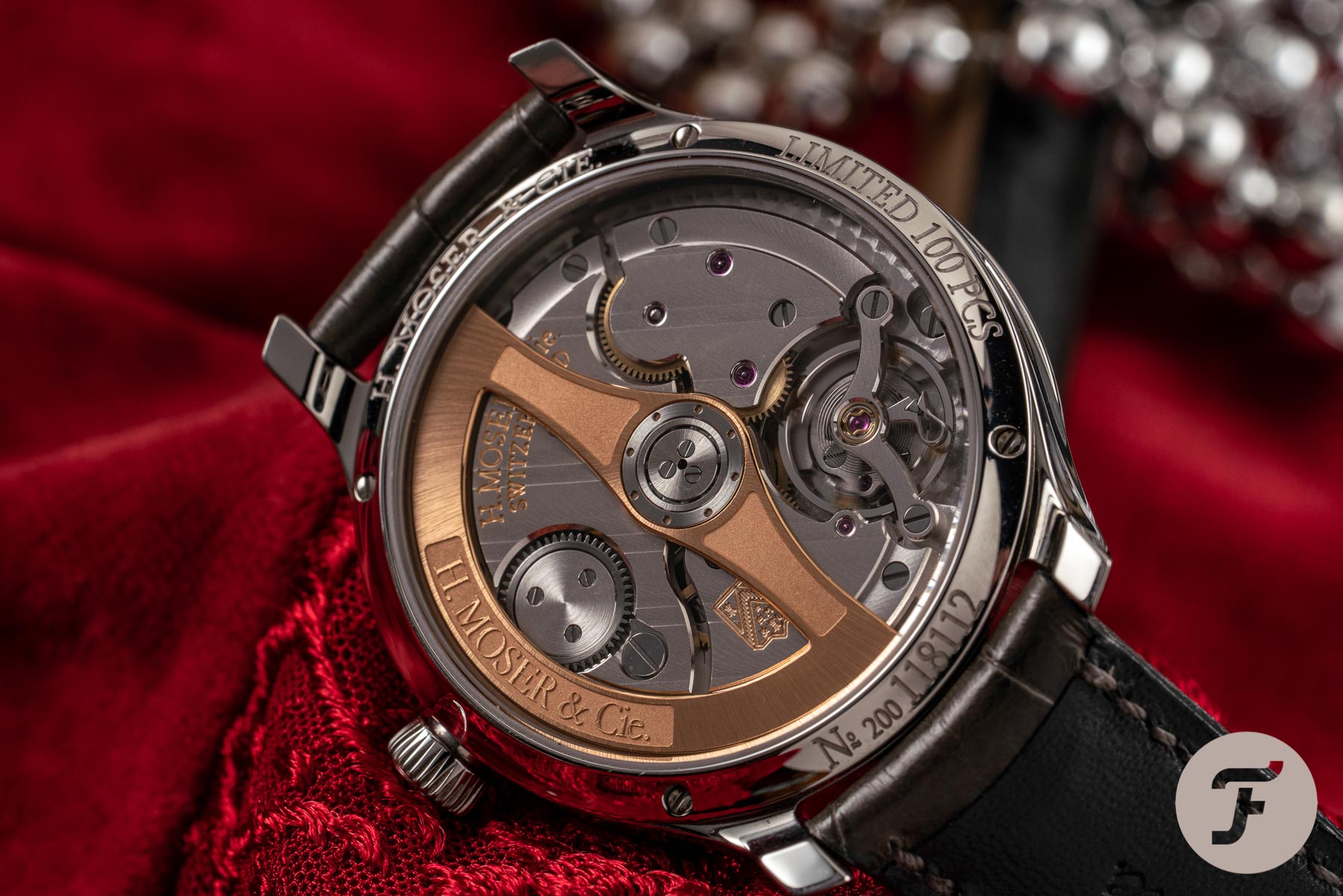 Something happened while nothing did…

And yet it appeared that despite the suicidal Wall Street workers we saw on the TV, the rich had remained rich. For the best part of a decade, it seemed as if the watchmaking industry had escaped relatively unscathed. Business continued as it had done before the crash albeit with a little less glitz and showiness. But then in the mid-teens (2014–2016), something began to shift.

It was still hard (almost impossible) to argue against the material bang-for-buck proposition of a group-owned brand’s watches, but the generational potential of independent-made products started to catch fire in consumers’ minds. People became rapt by quality. They wanted something special. Suddenly, being like everybody else was unpalatable. Suddenly, being different was how to show the world you’d made it — a clique of one. Out of nowhere, the idea of investment potential became the most important thing. Consumers weren’t buying for the moment anymore, they were buying for the future. And for something to be future-proof it needed to be special. Independent watchmakers were brought in from the cold and placed front and center of a rapidly evolving industry. We finally had our rockstars. It was time for a change. 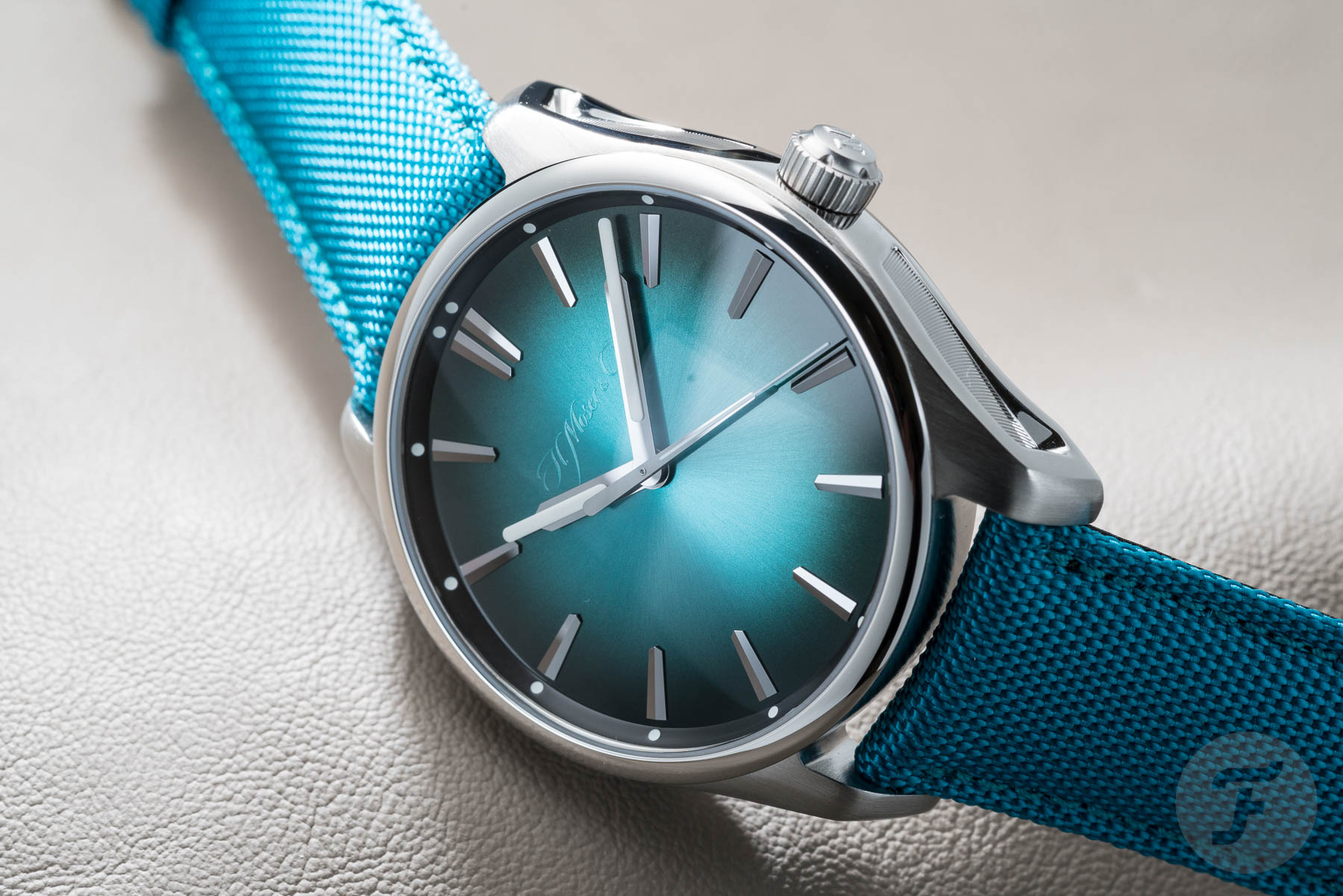 When Ed Meylan took the reins of Moser in 2012, his fresh face looked out upon an industry riddled with opportunity. The brand’s goal was clear: to cast off the stuffy and holier-than-thou image of the old Moser and the industry in general and, instead, slink through the gaps left by decaying structures in an invisibility cape woven from pure mirth. A stealth missile, Moser aimed to upend expectations from the inside out. Quality was key. Meylan knew you could do nothing in the new industry without it. The brand’s watches needed to be excellent in every way. How to present them, however, was a different question. The industry “thought” it knew what to expect from Moser. Meylan and his team made sure to deliver something very different from that indeed. 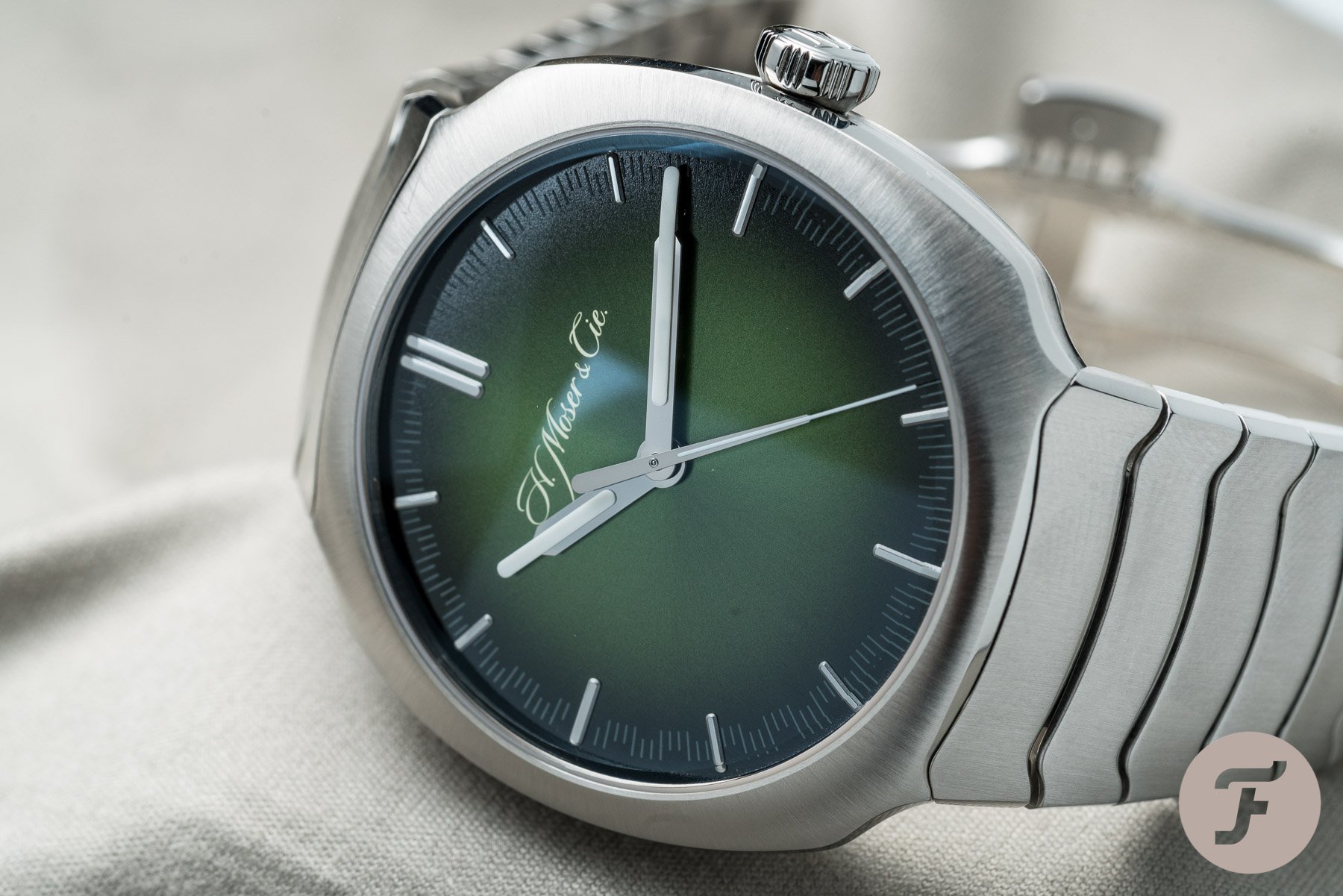 Funny as Moser may seem from the outside, the brand is no joke. Its humor is calculated and genuine at the same time. The brand — and everyone that works for it — takes humor very seriously. You see, it only works with the correct application of awe. And, crucially, one must follow the other. It’s an odd relationship dynamic that Moser aims to strike with its consumer, but it works because of its ability to cajole potential passers-by into taking a second look. You do not laugh at Moser in the first instance. Initially, you are stopped in your tracks by how brilliant or bonkers the brand and/or its products are. Before you have time to wonder whether or not you might be able to reach out and touch it, the brand blows a big raspberry in your face to break the tension. It is a genius concept, deftly delivered.

A great many of the old guard look down their noses at this somewhat tongue-in-cheek attitude to marketing, but I’ll bet that if they were honest with themselves they’d have no choice but to offer, however grudgingly, respect for the way H. Moser & Cie. has trodden the line between innovation and irreverence. Most importantly, Meylan and his team trod it in this fashion first, which is always more important than following a trail already blazed by another. 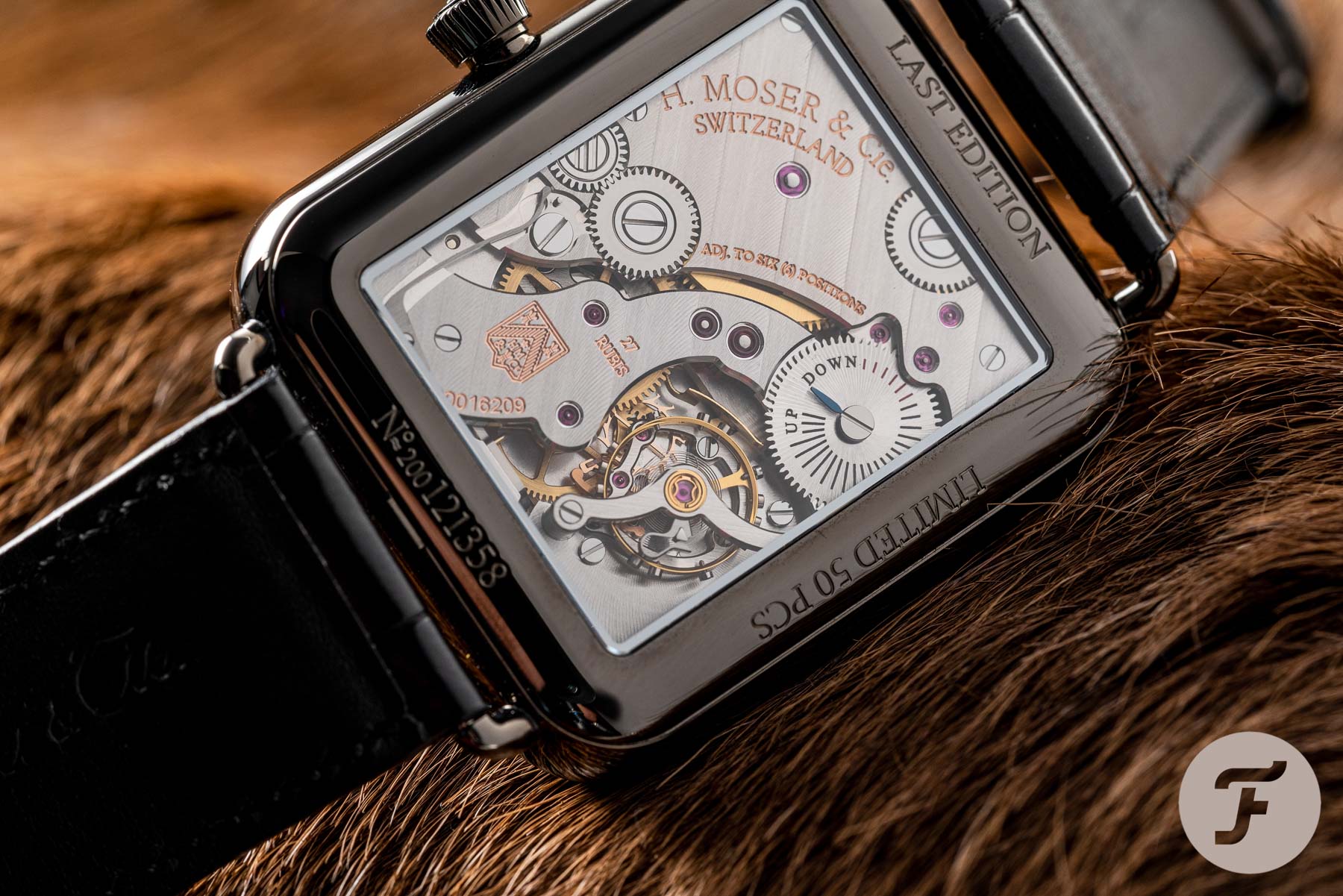 What do you know about Moser? Really? Before Ed Meylan took the reins, what did you know about the brand? When was it founded? Who was the first Moser? What did the products look like and how well-received were they? Although the brand name’s history seems very distant from the modern iteration’s products, that only serves to hammer home just how important the attachment to some kind of heritage is.

Effectively, the company prior to Meylan’s installation as CEO and the company since are completely different. Since 2013, Moser has been on a start-up-like trajectory. It is new. It is vibrant. There is barely anything but the name, logo, and wordmark held over from before. It is novelty packaged in nostalgia. It is, in short, a masterclass of horological handbrake turns. 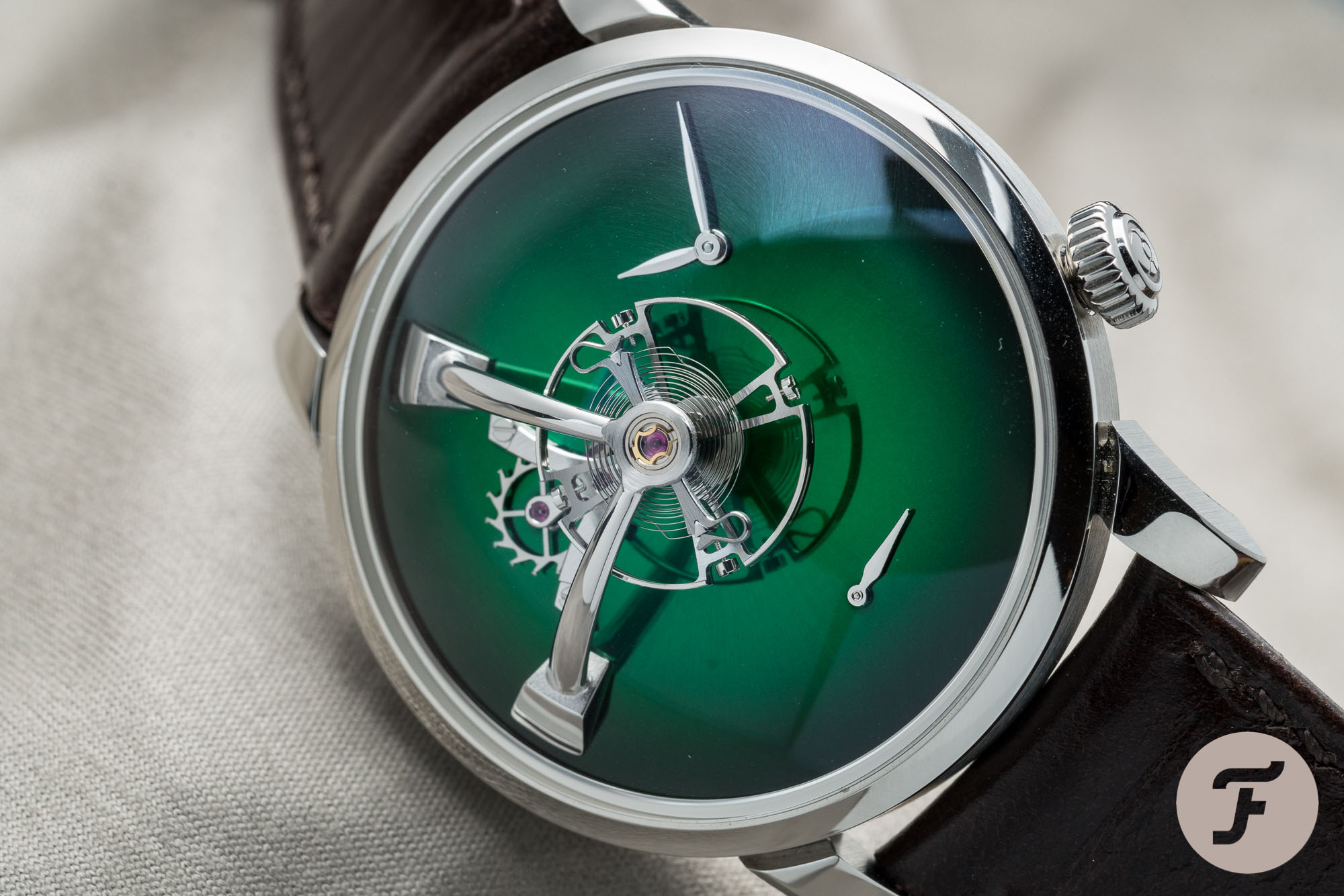 The history of H. Moser & Cie.

H. Moser & Cie. Was founded in 1828 by Heinrich Moser in (wait for it) St. Petersberg, Russia. However, Moser himself had been born in Switzerland (in Schaffhausen, no less) in 1805. He was one of a long line of watchmakers and his enterprise in Russia met with immediate success. Moser counted Russian dignitaries, royals, and even Vladimir Lenin among his first customers. In 1848, he established a factory back home in Schaffhausen to supply his business. He became more than just an entrepreneur and invested a lot of his hard-earned wealth in the infrastructure of his birthplace. In many ways, he is the father of Schaffhausen as we know it today.

By 1864, Moser finished the construction of the Moser dam, which allowed the once-humble town to become a center of industry. The power of the nearby Rhine would be a lasting legacy that extended long beyond Heinrich Moser’s life and even the first iteration of his company… Moser himself died in 1874, at which point the company left his family’s ownership. It existed until 1918 when, following the October Revolution of that year, it was expropriated. 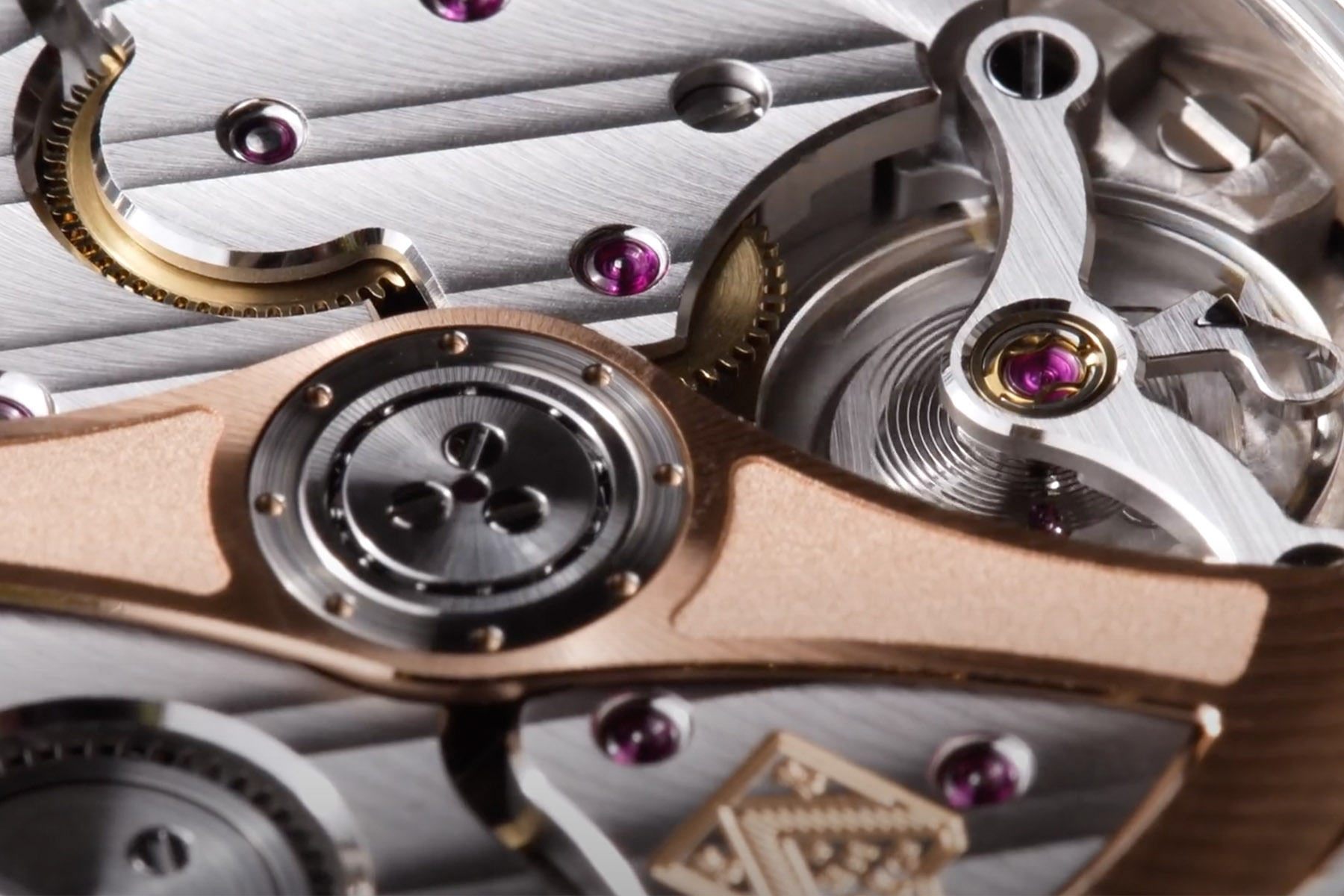 In 1953 Moser, now operating out of Le Locle, Switzerland, produced its first wristwatch, shifting the brand’s focus away from pocket watch production. However, this second age was short-lived and the quartz crisis put an end to Moser’s chance of continuous growth. In 1979 it became part of the Dixi Mechanique Group, with its name changing to H. Moser & Cie. 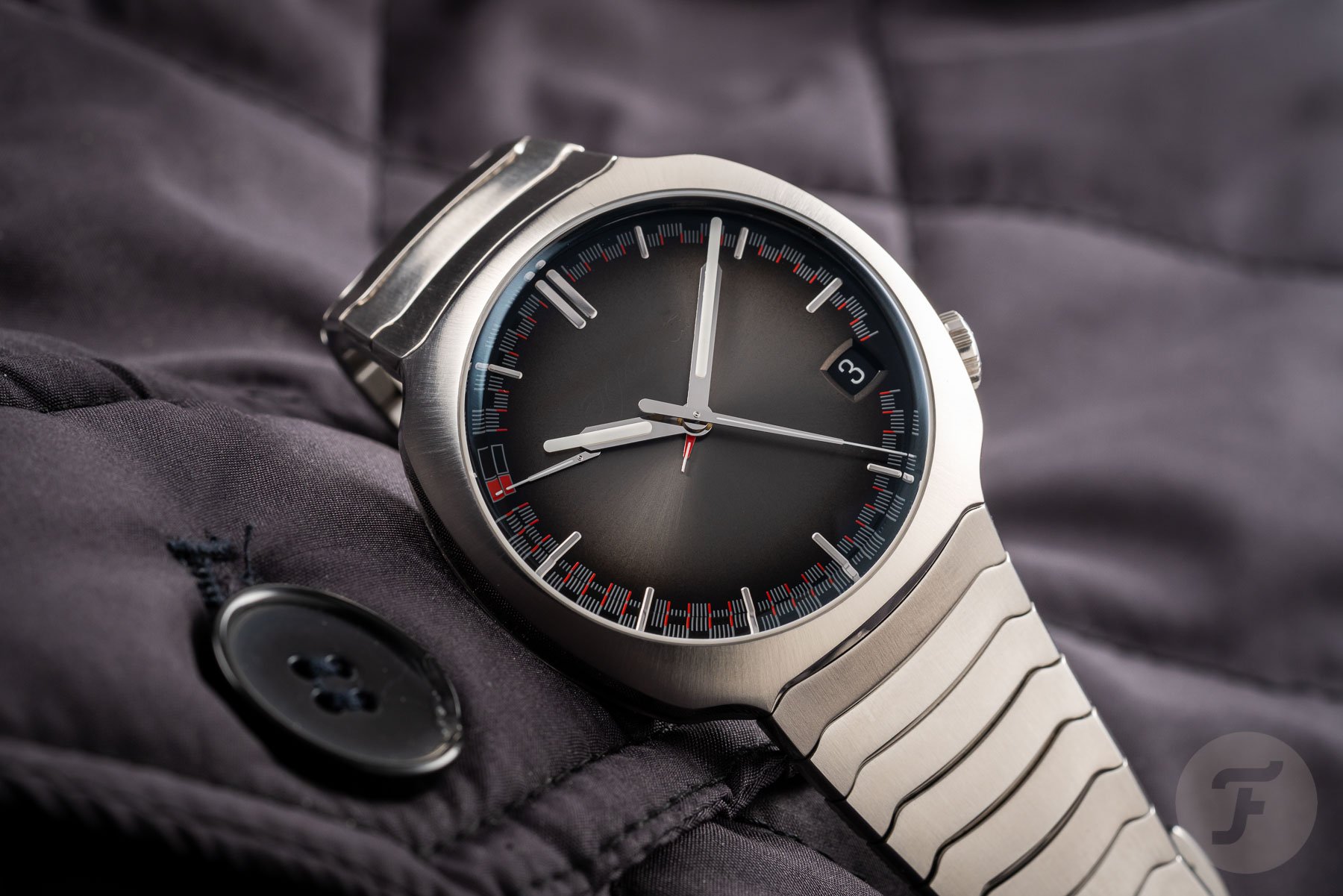 Decades later, in 2002, Moser Schaffhausen AG was founded by Roger Nicholas Balsiger (Moser’s great-great-grandson) and Dr, Jürgen Lange. Three years later, 200 years after the birth of Moser himself, a new Manufacture was opened in the maestro’s first Swiss home. The occasion was marked by the adoption of a new name, reflecting the journey the brand has been on. In 2005, H. Moser & Cie. was born, and seven years later it came under the wing of the Meylan-family-owned MELB holding group.

Edouard Meylan became CEO that year and built on the modern Moser’s short history of innovation with a series of stunning releases beginning with 2016’s release of the Apple Watch Parody, the Swiss Alps Zzzz. The next year, Moser shocked the watchmaking world with the release of a watch made from real Swiss cheese (which probably turned out to be the priciest cheese by weight in the history of mankind given the model’s million Euro price tag). The theme ran through 2018 (with the Swiss Icons watch) and 2019 (with the Moser Nature Watch which was decorated with living flora), further establishing H. Moser & Cie. as an international leader in creativity. 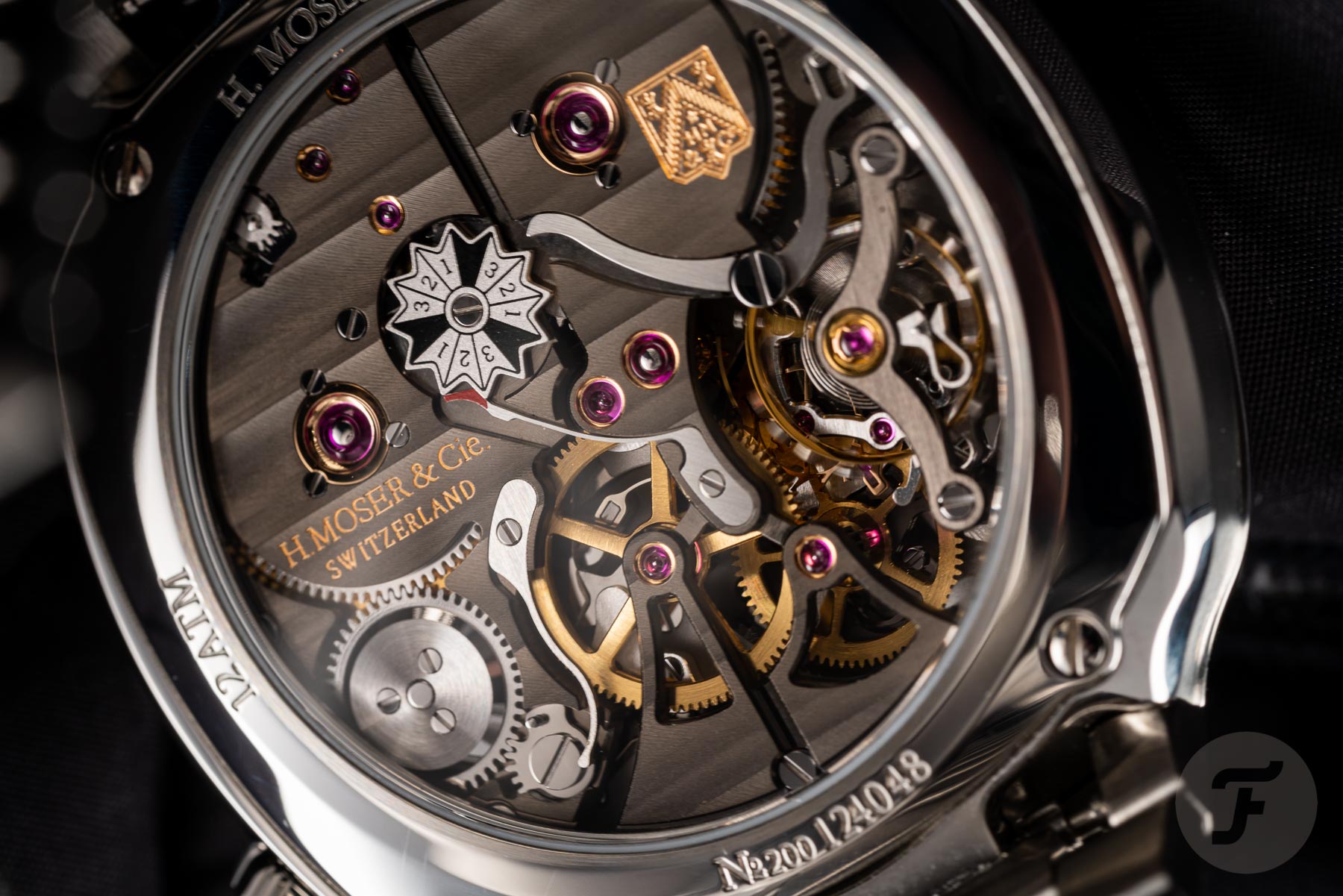 In the intervening years, nothing has changed. Moser sits at the very top of the tree when it comes to creativity. Its creations delight and dazzle the watch world in the way all Haute Horlogerie machines should aim to. Poking fun at itself and the world around it is no mean feat and takes the constant application of guts and guile. Luckily, H. Moser & Cie. under its current leadership, has both in spades. Learn more about the brand here.