A huge benefit of having recently moved back to France (my home country) is that I get to discover French brands I didn’t know existed and visit their boutiques in the nation’s capital. One of these brands is Charlie Paris, founded in 2014 by two childhood friends with a passion for horology. While the brand started by developing three-hand quartz timepieces, in the past couple of years, it has released sturdier watches like this Concordia automatic.

Charlie Paris has appeared twice on Fratello thus far, in this review about its first automatic watch and this brief write-up about the Concordia model. Today, let’s do a hands-on review of the Concordia and see how it holds up in the metal going through my low-adventure, routine suburban life. Spoiler alert: it’s better than I thought it would be.

Although the two articles mentioned above already presented the brand and the Concordia, I wanted to take a few moments to place this model within Charlie’s catalog before delving into the watch itself. When Charlie Paris first hit the market eight years ago, the brand did so with a three-hand quartz watch that looked more dressy than rugged. And while it was a success for the brand, it wasn’t breathtakingly refreshing or different from many other first models released by an independent brand in the past 10 years. Shortly after that, Charlie developed a chronograph and updated its first model by refining the design and equipping it with a solar-powered quartz movement. 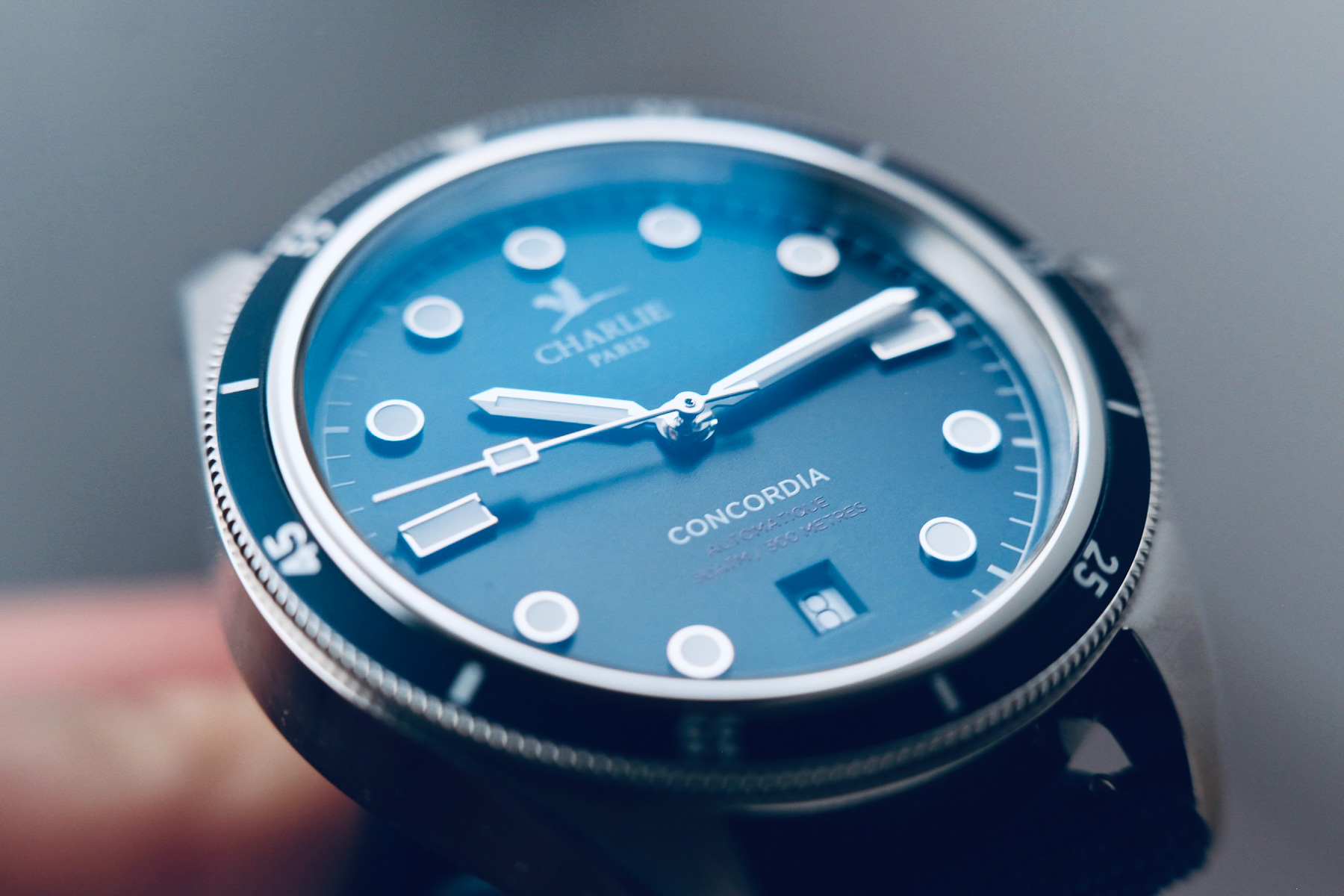 A little bit of background

In the past few years, Charlie’s founders Adrien and Ambroise decided to develop real tool watches for use on actual adventures. They released a watch called the GR (which stands for “Grande Randonnée” and translates to “Grand Hiking”). This 100m water-resistant field watch comes with either a quartz or an automatic movement. Charlie developed it in collaboration with the official French organization that maintains the country’s hiking trails. The GR did follow the brand’s philosophy of providing decently specced watches for reasonable cash (respectively €245 for the quartz and €445 for the automatic). 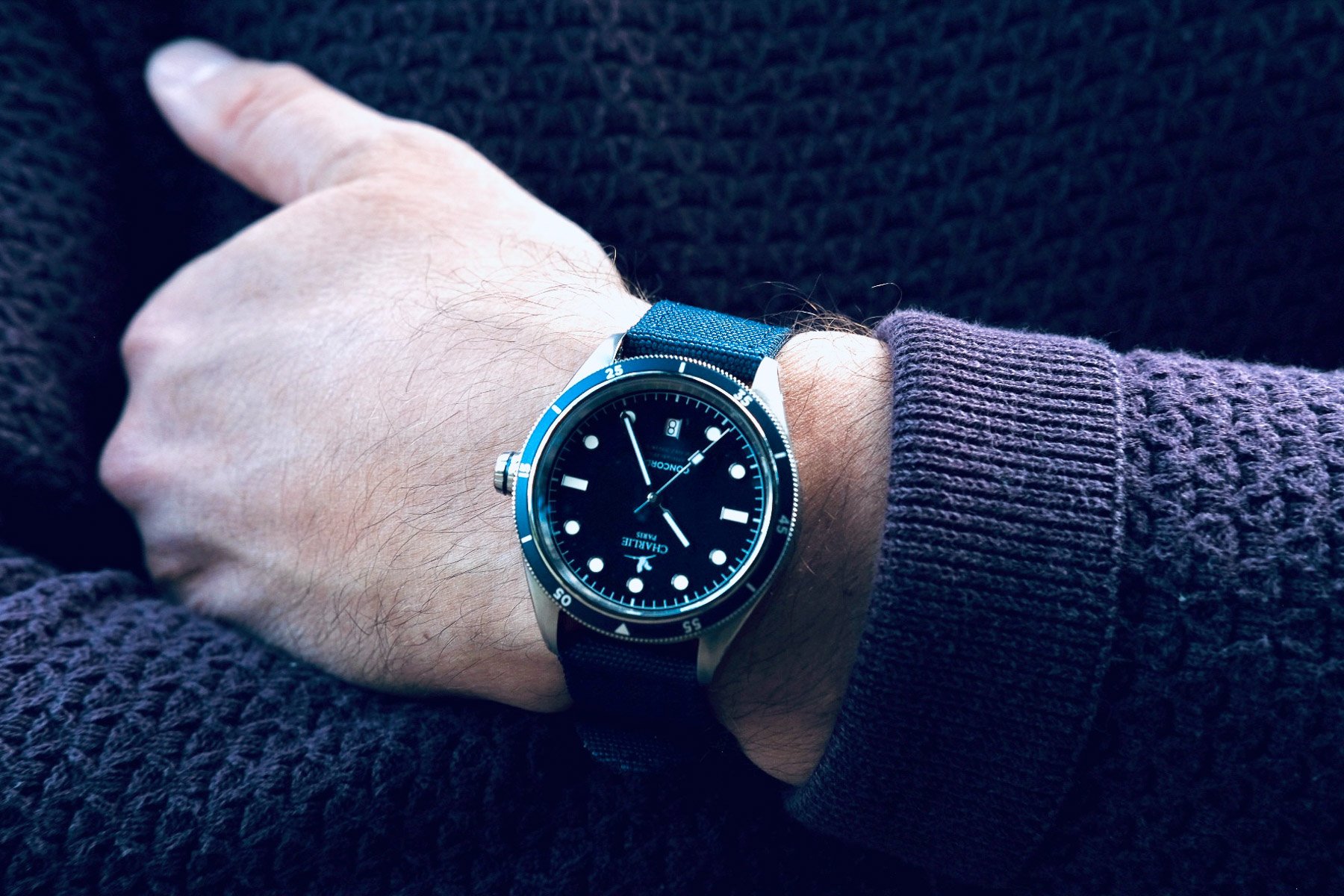 The Concordia is the brand’s most recent and most rugged watch to date. It comes with different dial colors and bezel combinations. Charlie has established a few partnerships with French athletes for whom the brand designed limited editions of the watch. The one we are looking at today was designed for Matthieu Tordeur, a French world traveler and the first French explorer to walk the South Pole alone. Actually, the Concordia line was specifically designed for him a year before he embarked on his solo adventure.

OK, let’s now talk about the Concordia in detail. 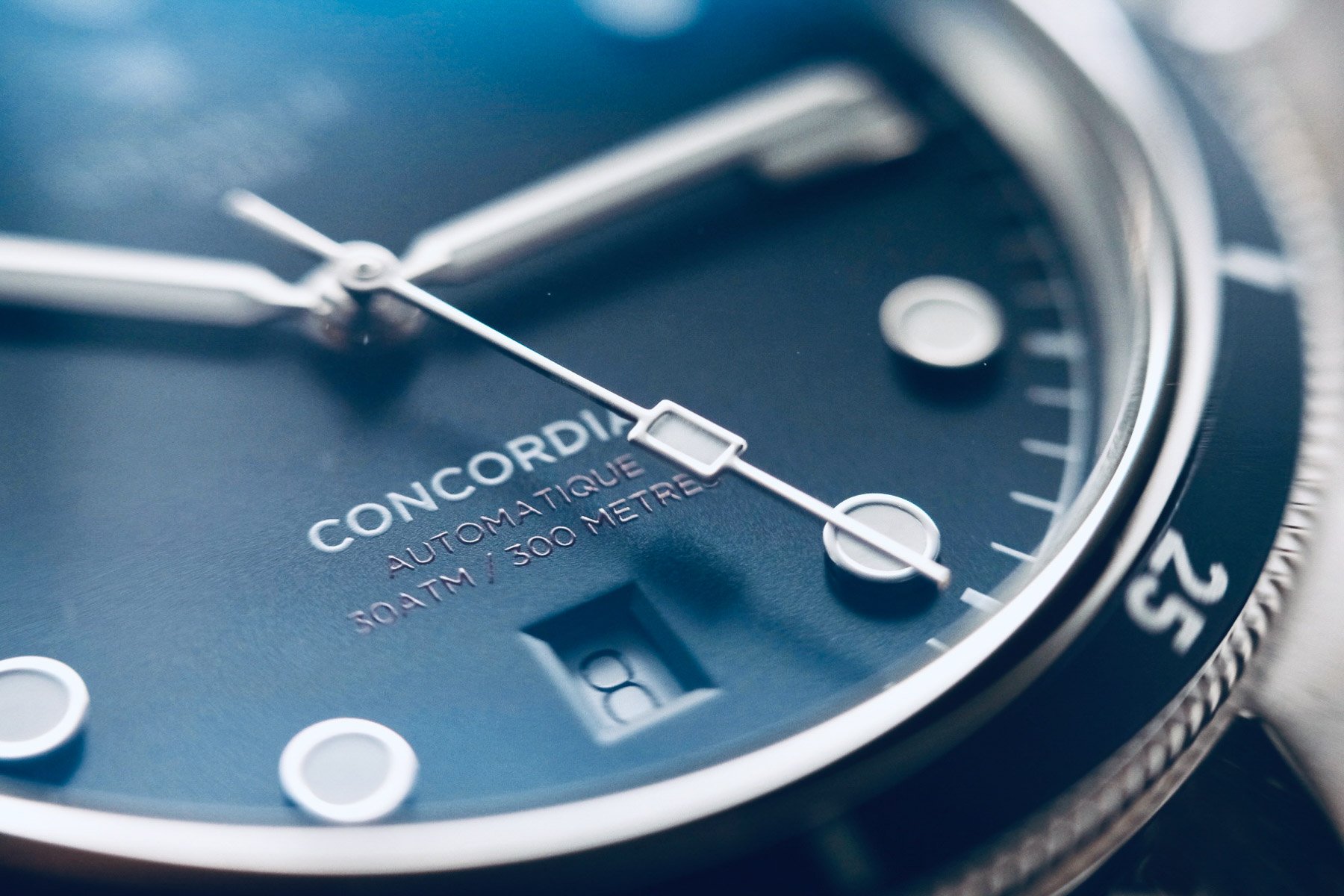 The design of the Charlie Paris Concordia

Whenever I see a new watch, I can’t help but draw parallels to others watches that I’ve seen before. I imagine it’s difficult to come up with a completely new design without making the watch look alien-like, straight out of a science-fiction movie (I’m thinking of watches that don’t look like watches. You know the type, right?). So, I’m going to be honest here and say that I immediately saw the Tudor Black Bay in the case profile of the Concordia and some hints of Christopher Ward in the bezel and markers. Neither of these things should scare you off, however, as we’ve come across countless watches that look a little like something else we’ve seen before. For better or worse, it’s a common practice for many independent brands to “draw inspiration” from past (or present) models.

As mentioned above, the Concordia comes in different variations. There are those with a dive-time bezel and a date, a fixed bezel and no date (and different colors for each configuration), and a couple of limited editions. For example, there was the Nazaré, which had a sea-blue dial and stainless steel bezel, and the Toundra, which had a white dial and a stainless steel bezel (“had” because they are both sold out at the time of writing this article). Overall, the design of the Concordia is pleasing to the eye even though it may not offer something that looks radically different than other divers from other brands. It also ticks a few boxes that make it a great daily wearer for me. 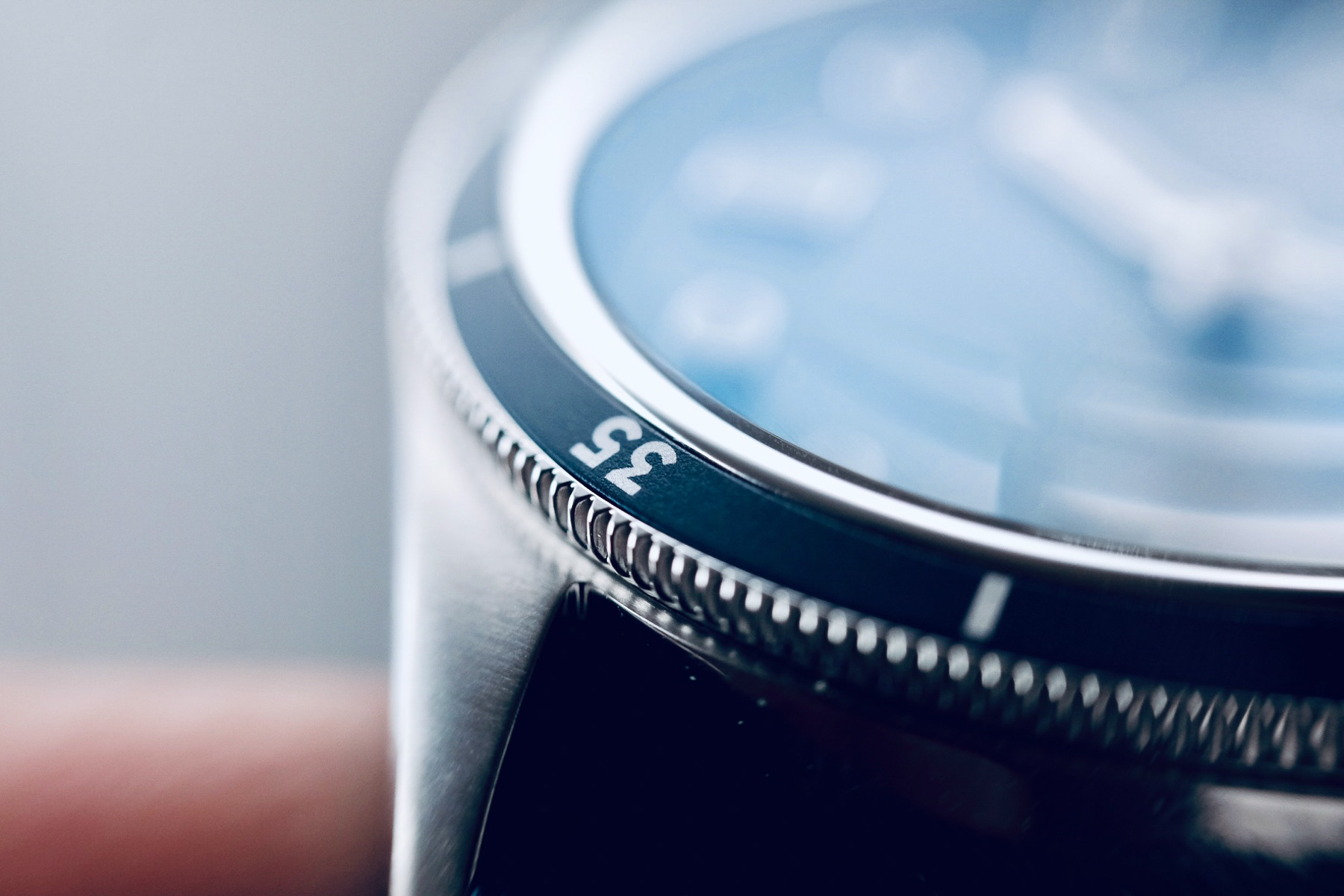 First of all, the dial is legible and easy on the eye, with mostly circular markers with the exception of the baton-style indices at the 3- and 6-o’clock positions. All of the markers are applied and make space for a small date window at 6 o’clock. The hands are pencil-style, rather classic and effective for telling the time, and the seconds hand has a rectangular lume plot. There is a thin minute track running on the outer edge of the dial. The bezel is slim and shows five-minute markings with alternating Arabic numerals and little batons. This gives an overall sense of practicality while looking sober. 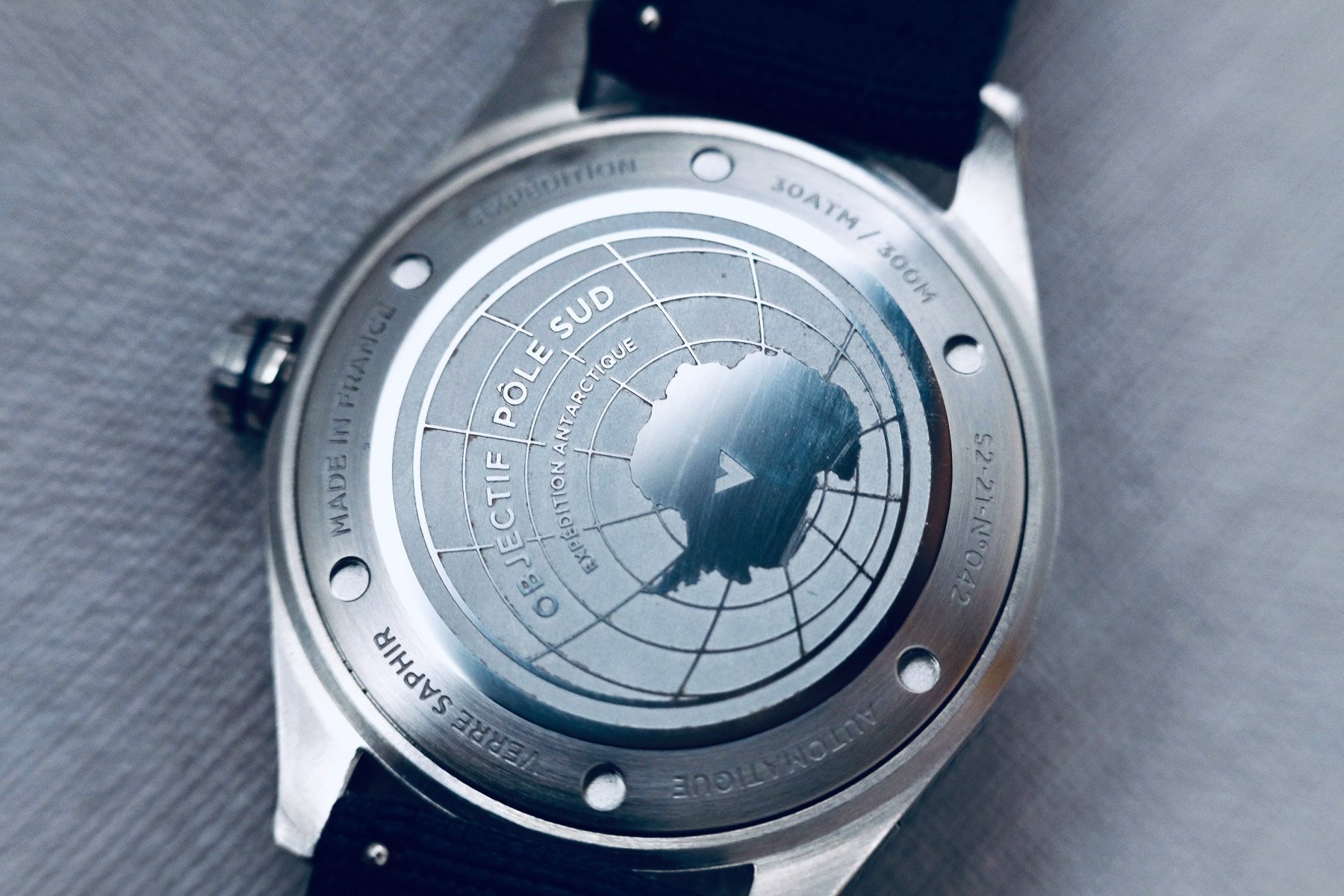 Charlie Paris managed to blend different effective design elements of a good diver with hints of elegance (making it French!) in an overall balanced dial. There are certain aspects of the design which I particularly like, for example, the fully polished case and the aforementioned applied indices. The watch also has some elements, such as the small date window and the polished hands and markers, that make it look more elegant than your “typical” diver. 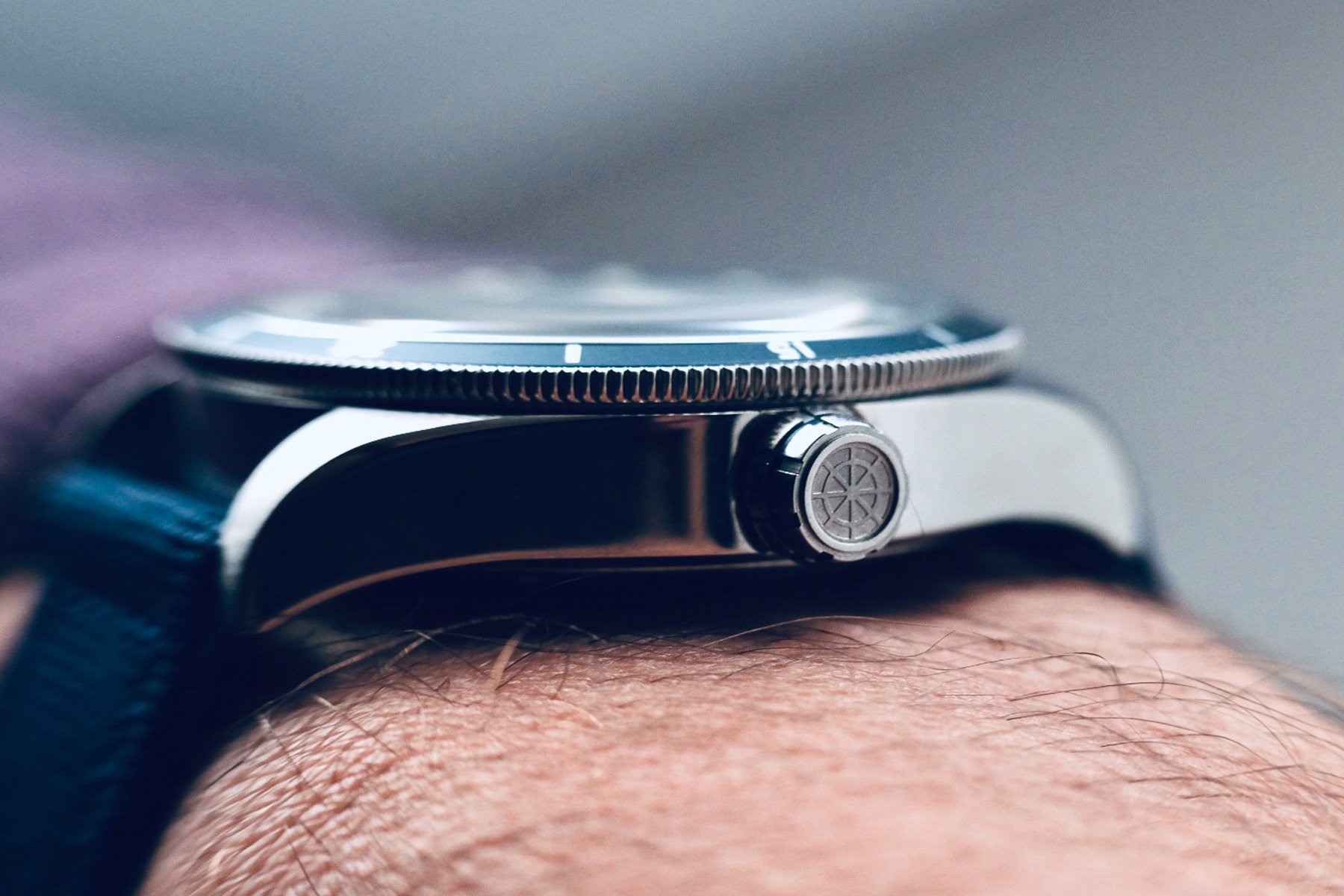 In addition to having a pleasing design, the Concordia has some interesting specs that make this watch (to me, at least) a great value proposition. First of all, there are the dimensions. It measures 40mm in diameter, 47mm lug-to-lug, and 12.5mm in thickness with a lug width of 20mm. Encased in this watch is the Swiss-made SOPROD P024 movement, beating a 28,000vph (4Hz) and offering 38 hours of power reserve. The case back is screw-down and so is the conical crown, offering 300 meters of water resistance. Lastly, the sapphire crystal has been treated with several layers of anti-reflective coating and measures 3mm thick (I mention the thickness because I believe it contributes to the water resistance.) 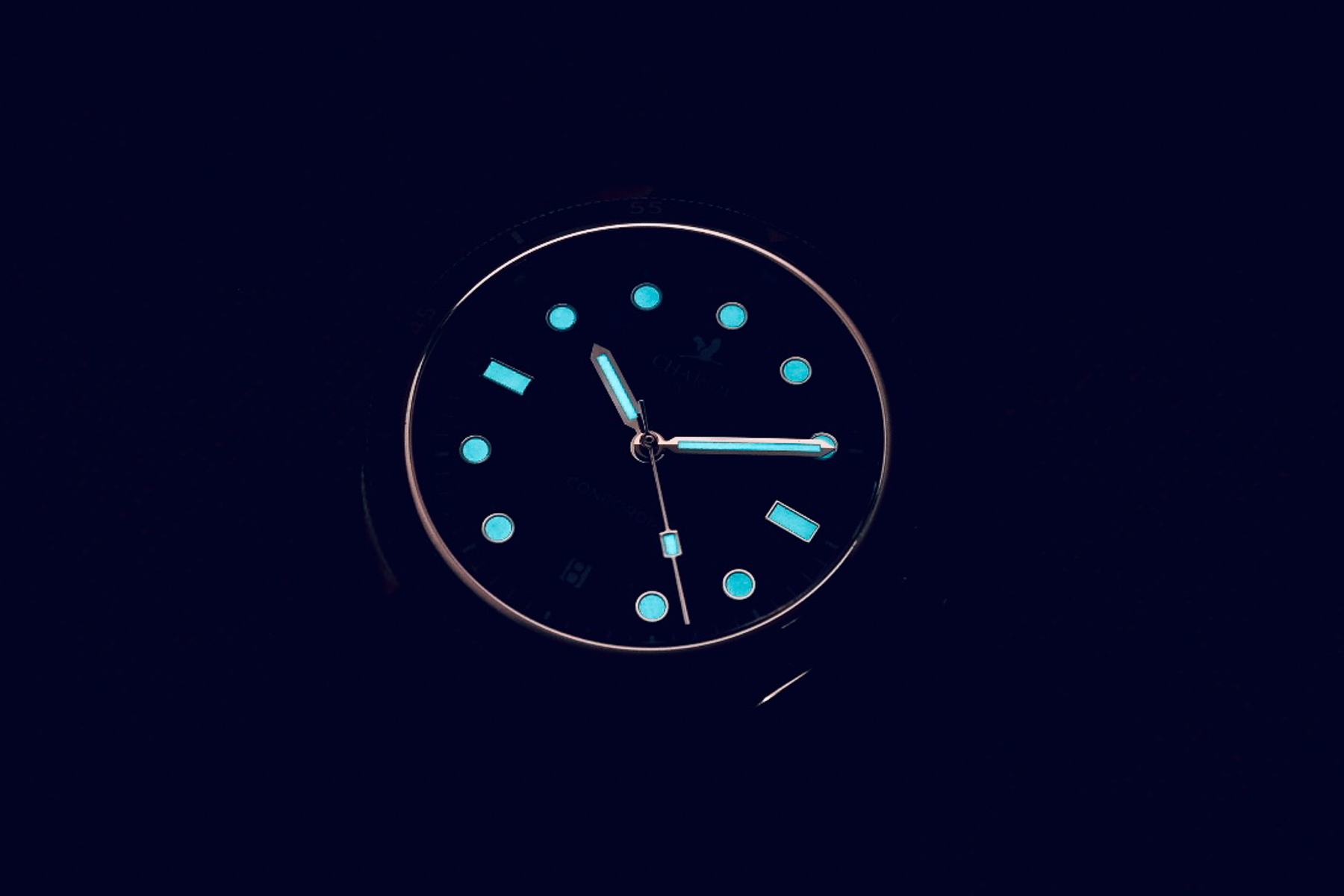 I don’t know about you, but I believe that’s a decent set of specifications for a watch that retails for €745 on the strap and €795 on the bracelet. While the only part we know the origin of for certain is the movement, I’d guess that most of the other parts might come from Switzerland or (most likely) Asia. However, the watches are entirely designed and assembled in the brand’s Parisian store, which doubles as a watchmaking studio. While I didn’t get to try on the stainless steel bracelet, I would be honest in saying that the fabric strap is definitely not the best part of this watch.

While the Concordia in and of itself does not present something radically new and different in terms of design, it does strike a nice balance between form and function. It’s a capable watch with good specs that looks good both at home, at the office, or under the waves at the Great Barrier Reef. It can do all of these things well while being comfortable to wear. It’s an under-the-radar type of sports watch, and that’s the kind of watch I’m into.

But more than the specs and design, what I find the most interesting about the Charlie Paris Concordia is its history. Although the brand has only been around for eight years, it has made several collaborations with prominent French athletes and explorers. This is quite neat and something that not many independent brands of this caliber can claim to have accomplished. Even though the watch may not your cup of tea, you can certainly appreciate the brand’s dedication to creating adventure-ready watches with a French touch.

What are your thoughts on the Concordia? Would you buy one to add to your already-existing lineup of sports watches? Please let us know in the comments below.