Hands-On: The New BOLDR Expedition I — Making A Comeback In Three Different Colorways

The brand’s most popular model is back!
Ignacio Conde Garzón
comments 6
Share

After its debut in 2018, the original BOLDR Expedition sold out in a matter of months. It quickly became the brand’s most popular and requested model. BOLDR followed it up with the Expedition II in 2019. But that watch featured a totally different case design and reinvented hands. Now, making a return for the first time since 2018 is the BOLDR Expedition I. It brings back the classic case design without compromising any of the model’s functionality and quality. Yes, the case of the Expedition II is very cool indeed. But there’s just something so perfect and understated about the original design. Those of you who agree will be pleased to see this watch back on offer after a four-year hiatus. The three new versions will be limited to 300 pieces each, and they’re available today directly from BOLDR.

I had the opportunity to test one of the three new versions. Originally, the BOLDR Expedition came in two different colorways — blue, and white with a black bezel and details. Both featured orange accents in the top crown and the tip of the seconds hand. The new models come in black, a warm desert sand color, and a white-and-black combo. These three new models have a slightly revamped dial design with a central crosshair. Other than that, the hour markers are shown in 12-hour and 24-hour formats, and the internal rotating bezel has a compass scale that can be used for navigation. These three watches come on complementing canvas straps. They come in green for the black model, a warm orange-brown for the desert model, and black for the “tuxedo” model. New to the Expedition I is also a custom steel bracelet, which is an option when purchasing the watch. 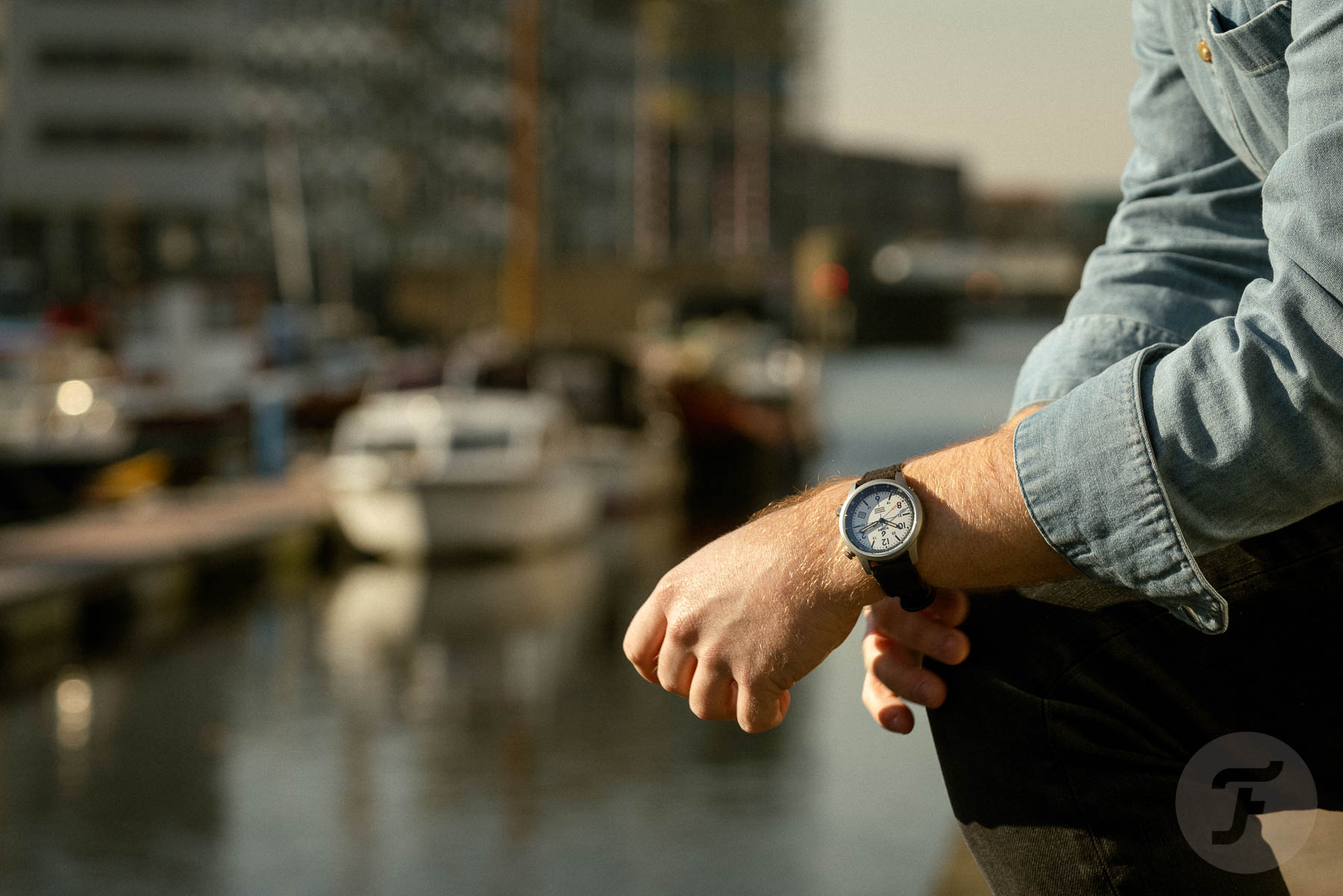 The BOLDR Expedition I

In its return, the BOLDR Expedition I undergoes a thematic change as well as an aesthetic one. The previous models took their names from mountains and other “majestic formations in the natural world” (as the brand itself describes it). These new ones, however, take inspiration from the desert. That’s something the Expedition II Dune 7 hinted at with its warm, sandy tones. The new models, however, display three different kinds of desert sand. We have the Expedition Karakum (a name which translates to “black sands”), the Expedition Rub’ al-Khali (with its warm dial), and finally the Expedition White Sands, featuring a tuxedo-style dial. These keep the Expedition DNA alive, as versions of these colorways have been featured in previous iterations of the watch. However, whereas the Expedition II featured a dive-style internal bezel (except for the Dune 7), the Expedition I goes back to the compass-style bezel.

Functionally, the Expedition lives up to its name with 200m of water resistance, a sapphire crystal, and rugged construction. But who wears the watch also makes it legit. BOLDR’s brand ambassadors are real-world explorers. Both Michael Strandberg, and Bee Oh Kim own the Expedition II. And the latest addition to the team, Finnish explorer Jukka Viljanen, owns the Expedition Rub’ al Khaki. In fact, he plans to cross the namesake desert on foot as a solo run. Despite an unsuccessful first attempt in December of 2021, he will try once again in the early days of 2023, surely with the Expedition on his wrist. And whether he opts for the high-quality canvas strap with reinforced holes or the solid steel bracelet, he will be well accompanied by his trusty Sellita SW200-1 powered timekeeper. And this is exactly where these watches belong: out in the wild! 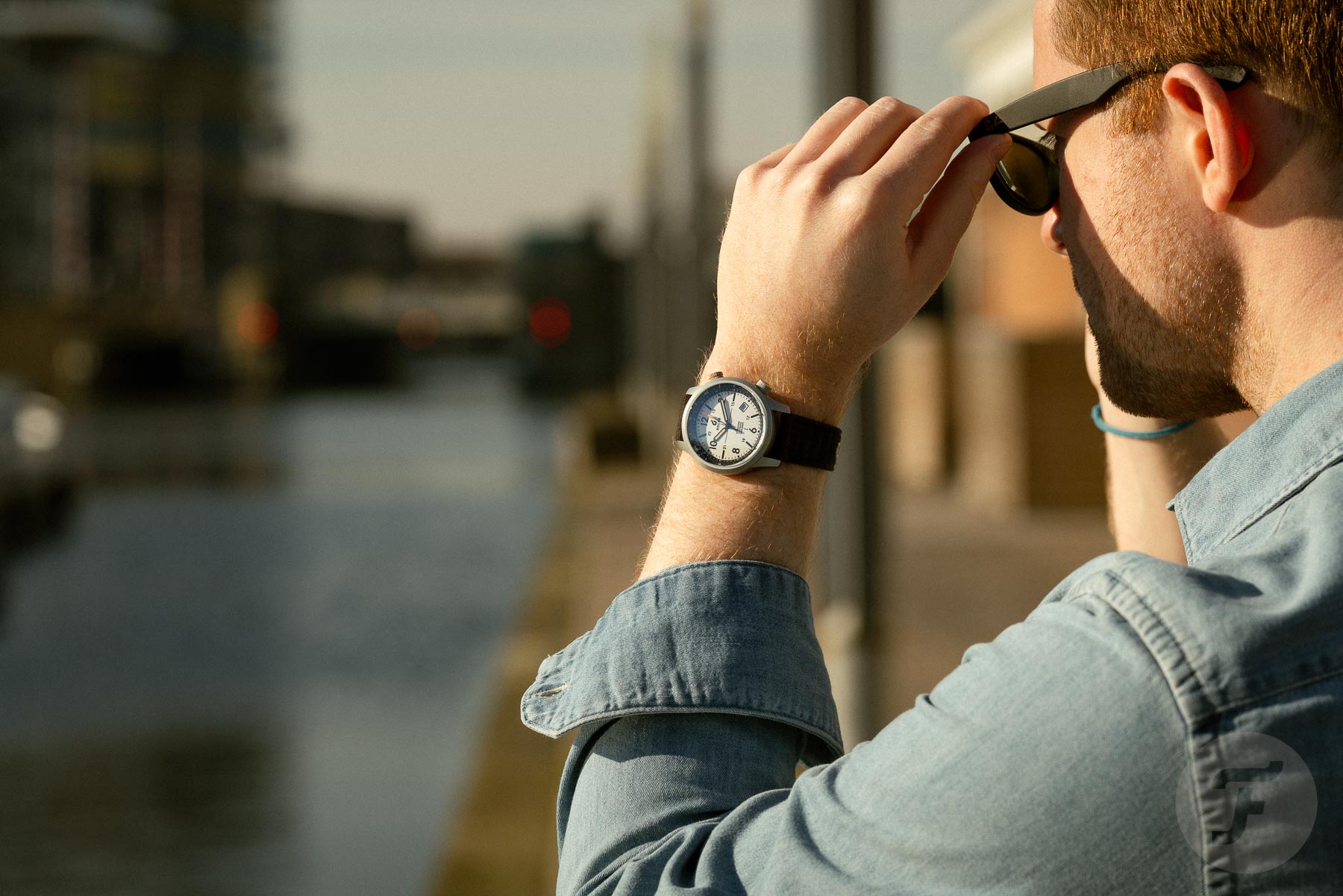 On the wrist, the watch feels wonderfully balanced. The 41mm (46mm lug-to-lug) 316L stainless steel case is just 14mm thick and wears just as well on the bracelet as it does on the strap. The satin finish gives it a rugged yet distinctive look and feel. Both of the nicely knurled crowns operate smoothly and can be pulled out with just a twist, yet they lock down securely to achieve the full 200m of water resistance. Timekeeping is as good as you would expect from the workhorse movement that is the Sellita SW200-1; the watch required no adjustment during the week that I wore it. This is a watch that is made to be worn. It belongs on the wrist of adventurers as much as it does on those who will wear it daily, and live their lives with it on their wrists.

If both the Expedition I and the BOLDR × Nitecore Kraken are to be taken as an indication of the brand’s direction this year, I can’t help but be very excited! 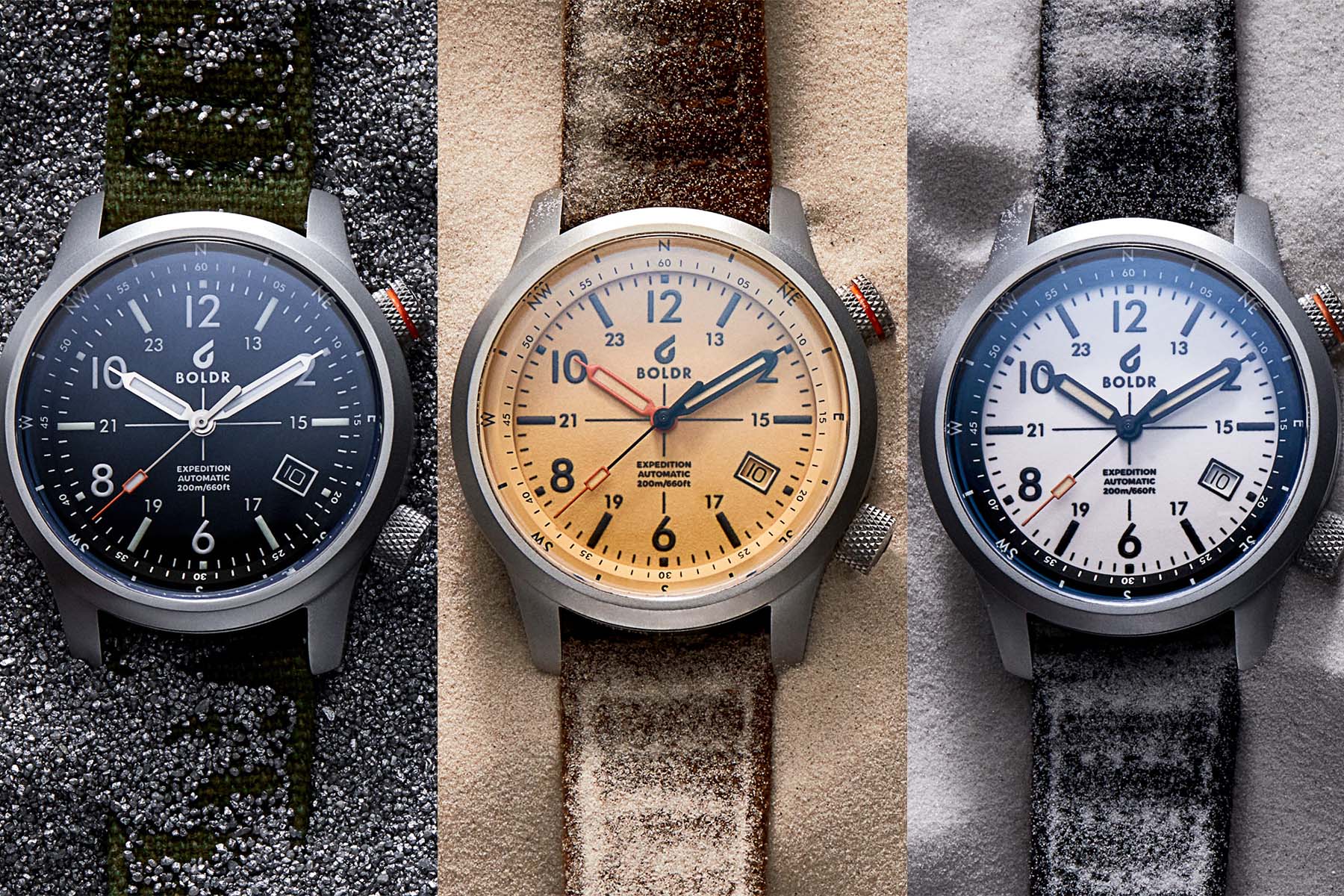 For more details and to order yours if you’re interested, please visit the BOLDR site. For now, as always, let me know your thoughts on this watch (as well as the other two models). Does the unique aesthetic appeal to you? Or do you prefer the more modern look of the case on the Expedition II? Either way, I think if you’re looking for a watch that can take on anything you throw at it and that looks unlike anything else out there, you can’t go wrong with any of BOLDR’s current offerings. Especially the Expedition I, Expedition II, and 38mm Venture models!