You might expect a dress watch to exude a certain sex appeal, exotic class, or self-confident verve. But for the new 40mm Omega De Ville Trésor in stainless steel, it is much more than that. There is a tone of substance beneath the style. The combination of a steel case, diamonds, and a burgundy dial makes for an unusual visage but a really compelling proposition, from top to bottom.  It is certainly an off-base choice for men, but, as you can see from the below images, it doesn’t look all that uncomfortable on a male wrist either. 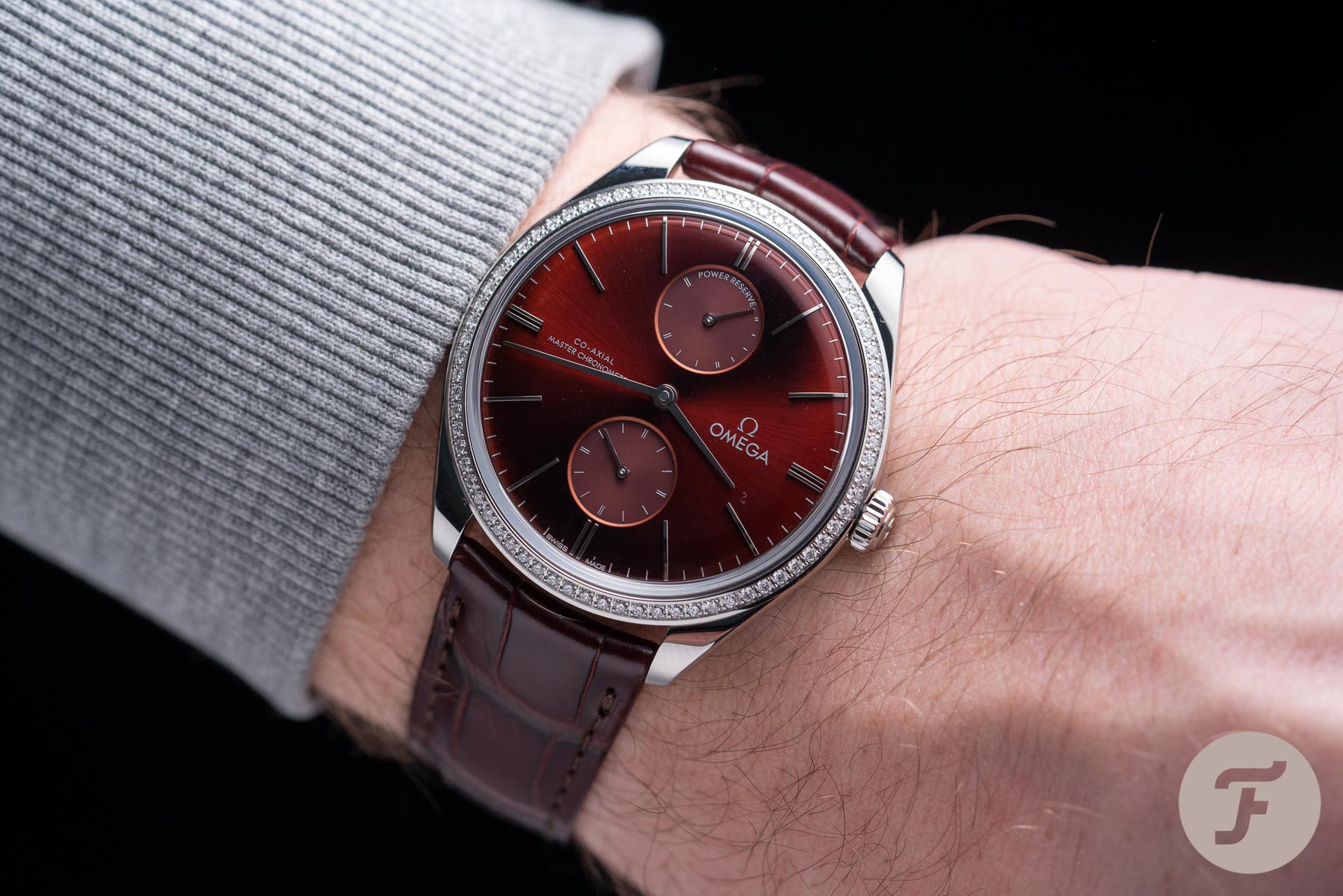 I’m not afraid to admit that opting for diamonds and steel is quite a surprising choice especially when we talk about a dress watch designed for men. From a marketing standpoint, my beloved brand has always highlighted more gender-inclusive practices. When you enter any Omega boutique space, it is divided into collections, not into genders. So perhaps this watch is designed to appeal to both sexes. As a woman I love it. I love the diamond-pave bezel and its streamlined case yet for men it is not an obvious choice to make. I’m sure that only a man who’s very self-confident and has an extremely interesting style can own it. 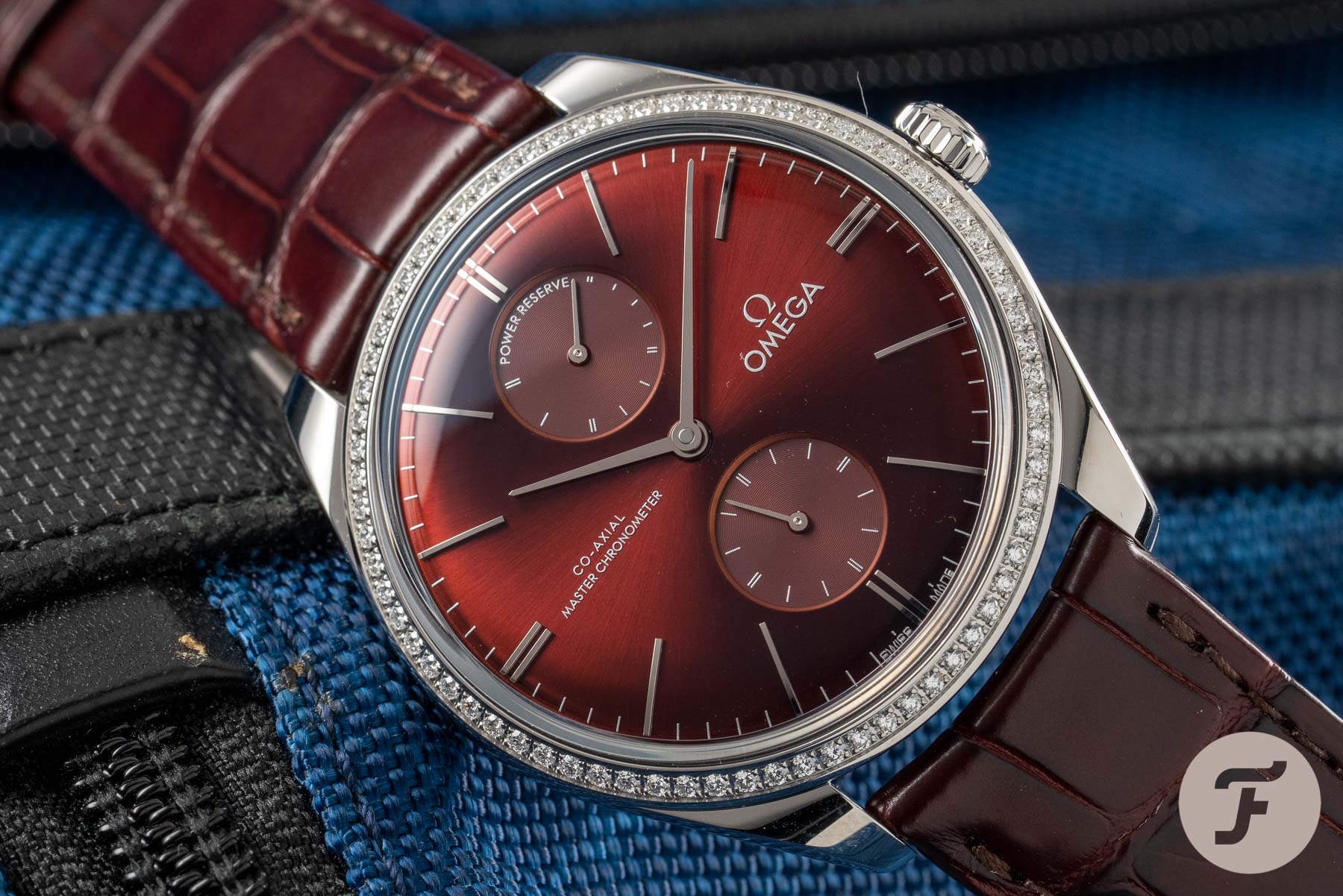 It is impossible for me to describe how much I adore the burgundy dial with its contemporary touch. First of all, the sun-brushed burgundy dial that was previously used in the ladies’ Trésor timepieces is one of my favorites. Secondly, the minimalistic elements such as the hour indexes, simplistic hands, and sub-dials make this design so solid. Not to mention, the power reserve indicator. Usually, I’m not a person who would appreciate such a feature. However, in this case, it looks so distinct, I really don’t mind its presence. 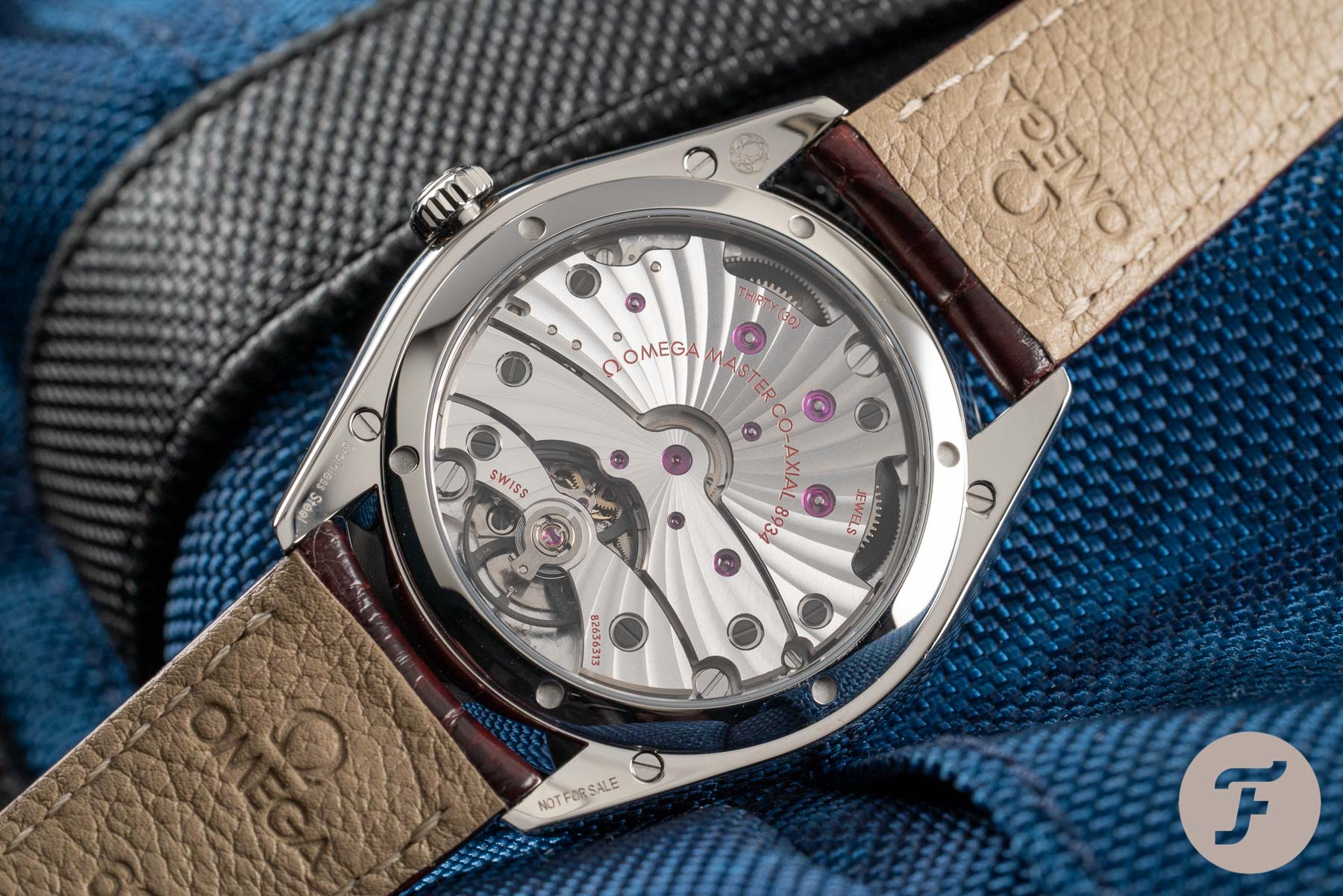 A see-through case back reveals made in-house Co-Axial Master Chronometer caliber 8934. The movement emphasizes the hours, minutes, seconds, and the power reserve indicator. The excitement grows when we realize that this caliber was designed to make the De Ville Trésor line more diverse. The 8934 can generate a power reserve of 72 hours (3 days). It is possible due to the increased volume of the barrel with keeping the very same diameter. This has been achieved by reducing the diameter of the barrel arbor (the central post around which the watch’s mainspring coils). Visually speaking, the rhodium-plated finish with Geneva waves in arabesque decorates the movement. 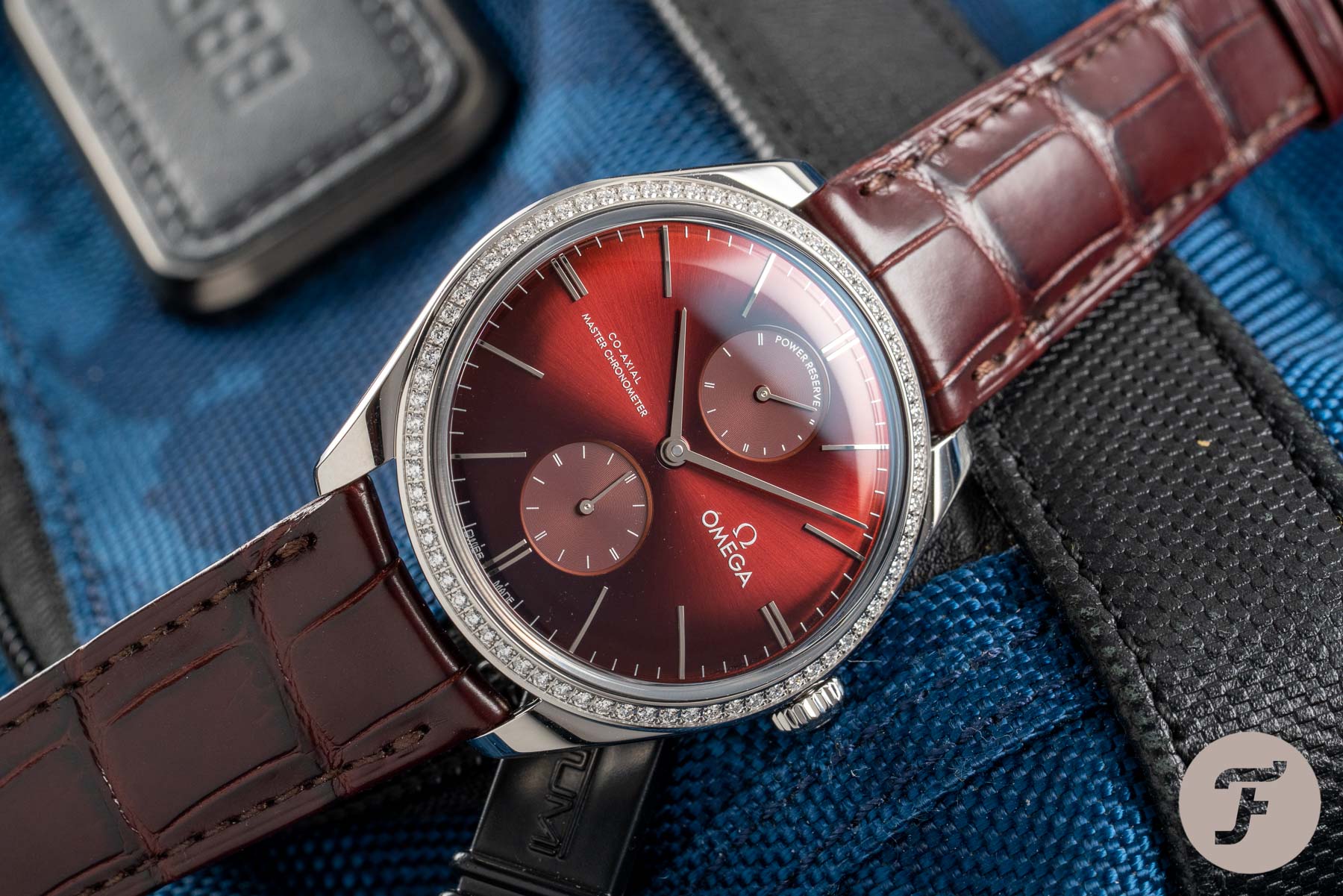 The new Omega De Ville Trésor style comes in ten variations. There are two designs introduced; one features only the small seconds indicator at 6 o’clock, while the other one (the one featured here) has the power reserve at 12 o’clock as well. The retail price for the 40mm Omega De Ville Trésor in stainless steel white diamond-pave bezel will be €17,400. For more details about the collection visit the Omega website.