There are a few brands out there which have a huge group of collectors. These brands are significant not only in the watch world but often in another area of life like sports or science. I think Heuer needs no introduction. Even for a non-WIS the name (TAG) Heuer rings the bell. Early Heuer vintage models are pretty sought-after. In this article we will get to know one of their classic yet affordable versions and its modern counterpart.

The Heuer 73473 was released in the early 1970s (probably around 1971) same time many iconic car racing and races inspired Heuers like the Carrera. This however has a plain dial with only ‘Heuer’ and ‘Swiss’ written on it. There are 2 models out there the 73473 S which has silver dial and grey registers and the 73473 N which has grey dial and silver registers.

In addition to these 2 versions Heuer released another 2 examples without the date feature under the reference 73373S and N. Note the 2nd and 3rd digits in the reference number indicates what movement the watch houses. The watch in question has a Valjoux 7734 which has the date feature while the Valjoux 7733 does not. Because these watches do not belong to any of the aforementioned famous Heuer lines are significantly cheaper. By that I mean around $1500 can get you a decent example. They are not too common though. 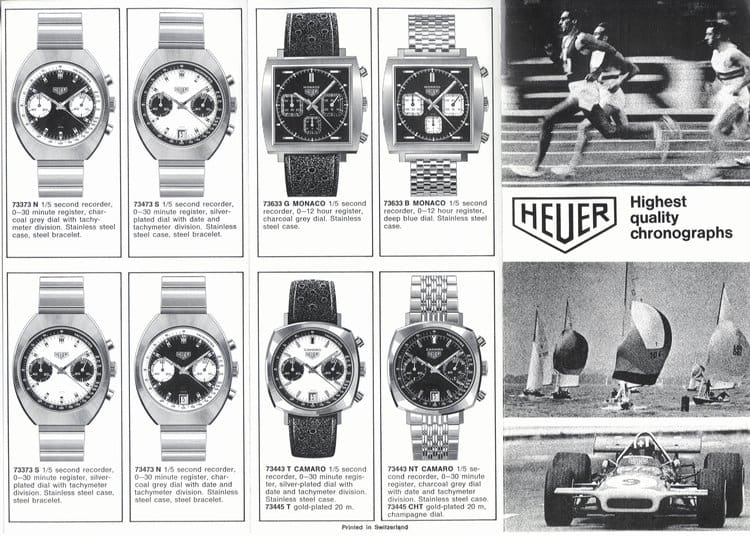 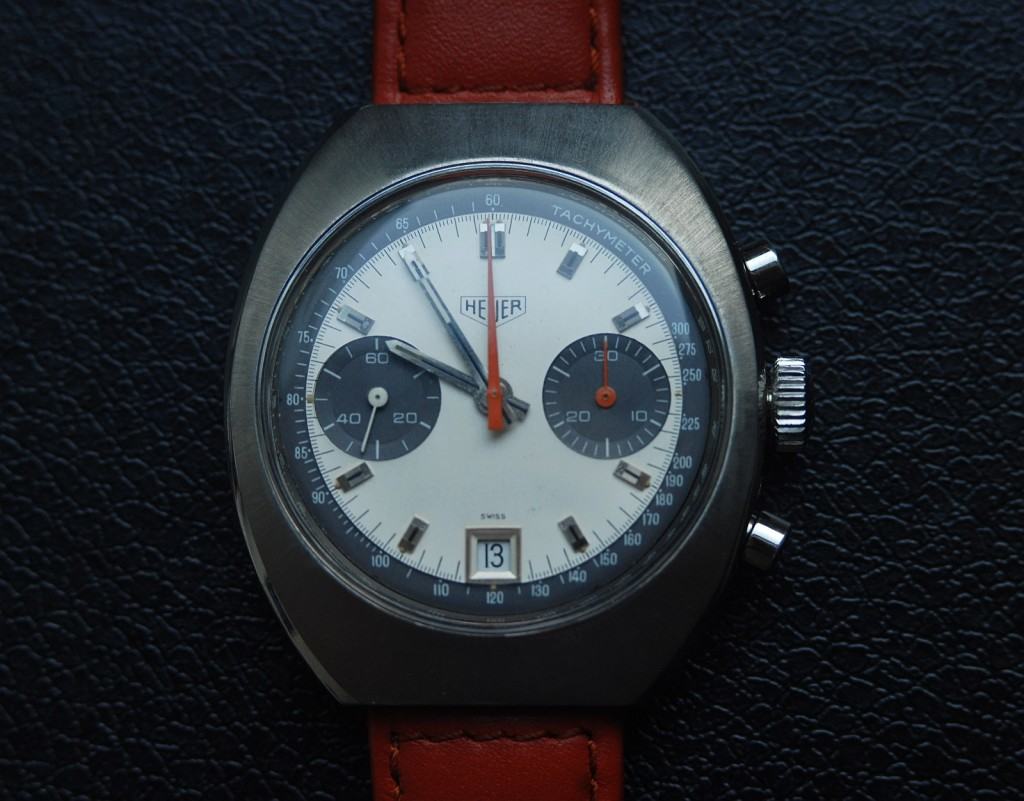 The Heuer 73473 is a plain and – for some – even boring looking watch. To be fair, I have seen nicer, more vibrant or colourful dials and watches in my life that’s for sure.  Actually not too long ago I came across something very familiar. For a short while I did not know if I saw this model before or not. For those of you out there who cannot afford the 73473 there is cheaper yet pretty cool solution out there; the Autodromo Prototipo Chronograph. 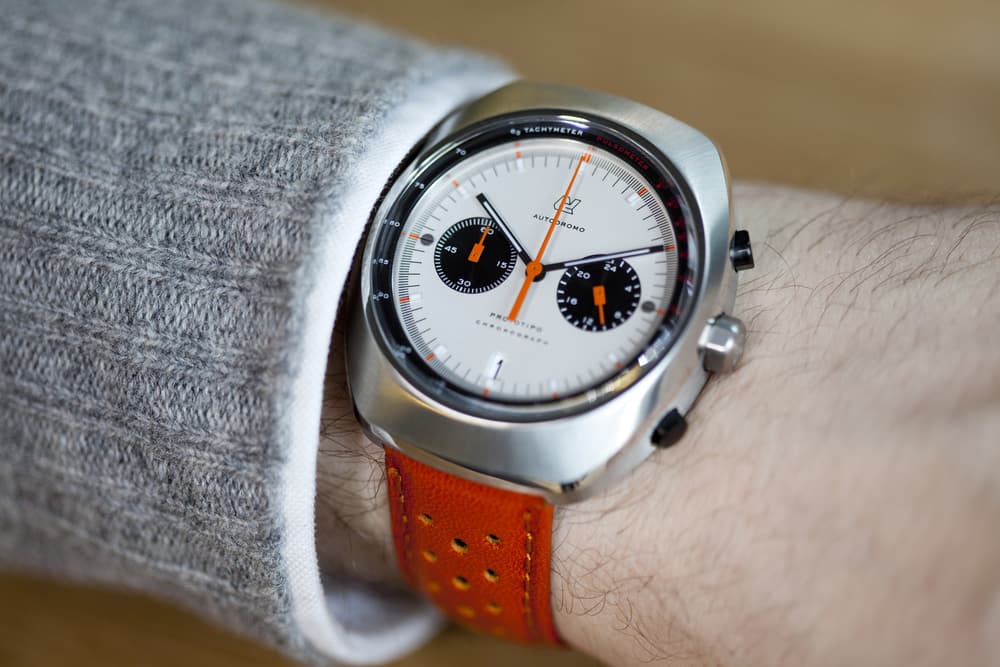 At first both watches look very similar to each other. The color scheme is similar (even though the registers of the Prototipo are rather black not grey) so as the size and shape of the case. Upon closer inspection however we find a good few differences between them. The case of the Heuer is much more shaper the Prototipo has rounded edges.

The indexes are raised on our vintage piece and painted on the modern counterpart. 2-0 for Swiss watchmaking so far. Now it gets a bit interesting. I love the orange register hands of the Prototipo better than the Heuer’s. 2-1. Price-wise the Prototipo is obviously cheaper. Even though they are out of stock at the moment you can pick one up for $625. It’s a draw so far.

We have discussed the movement in the oldie; the newer model has a Seiko ‘hybrid meca-quartz movement’. As much as it sounds cool it’s just a quartz movement with many mechanical elements in it. We could go on and off all day long about these 2. The truth is both are exceptionally good watches for various reasons. Both have a huge potential fan base and both look as good as it gets.

Personally I’d love to own the Prototipo (I’m looking at you Autodromo right now 😉 but in the meantime I’m happy with my Heuer. Especially if it’s on a fine vintage looking Heuerville strap.

Check out the other Autodromo models and many more cool things from their range here. Read Hodinkee’s article on Prototipo as well. Get yourself sorted!