We take a look at the new, limited edition Longines Heritage Military 1938.

It was truly a month ago that we were right here talking about the newest addition to the Longines Heritage collection with the sector-dialed “Classic” model.  That 38.5mm model proved to be a popular watch with our readers and the comments were quite favorable.  I had the chance to pen that article and I walked away suitably impressed with the fact that the watch lacked any extraneous writing on its dial about the movement, etc and declared it a positive change in direction for the brand that once adorned every vintage-inspired model with both a date window and an automatic movement.  Today’s model is one such example as there was a 1938 Heritage collection some 5-6 years ago that was adorned with the pockmarks I previously mentioned.  So, yes, with today’s Longines Heritage Military 1938, the turnaround continues. 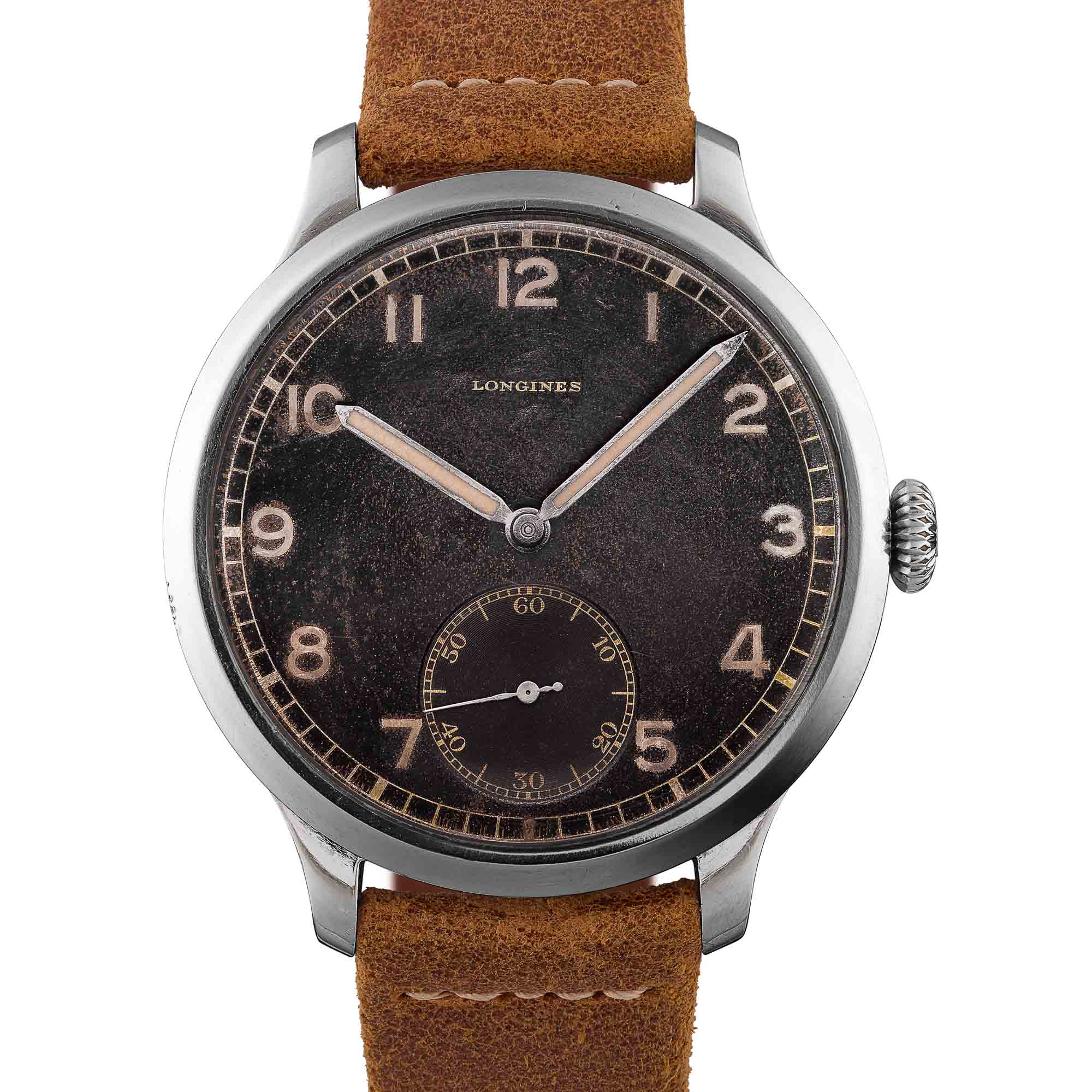 As in the Classic, the Longines Heritage Military 1938 takes its inspiration from one of the company’s historic models.  You can see the actual vintage model above, courtesy of the Longines museum, and this is another prime example of a perfectly designed model that collectors love.  But when these big models come up for sale, they bring serious money (often multiples of 5-figure numbers).  With the new release, Longines offers us a limited edition of, appropriately, 1,938 pieces at a more approachable 2,300 Euros. 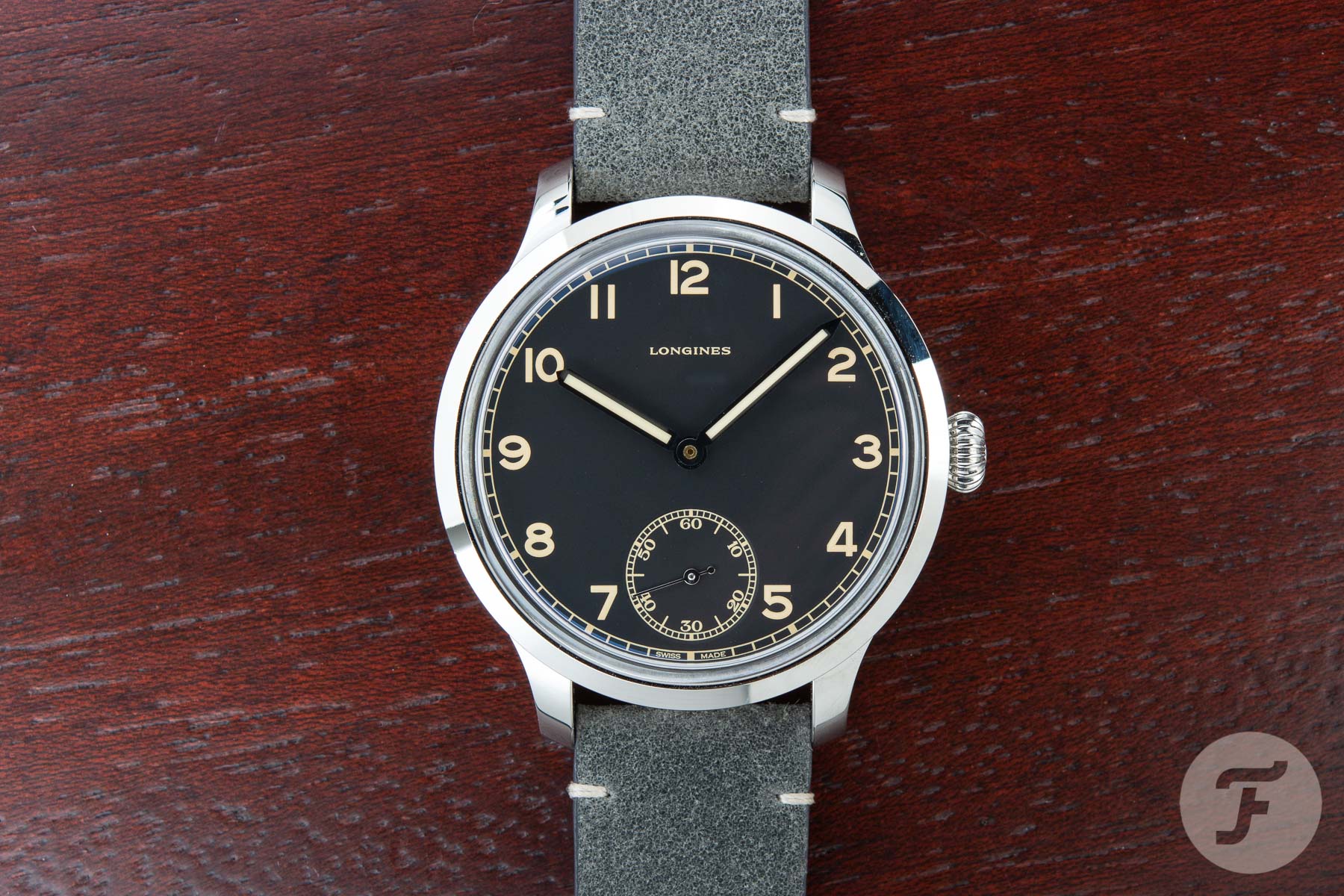 The New Edition is Faithful

As you can see above, the modern Longines Heritage Military 1938 is a dead ringer for the original as elements like the fonts and hand shapes are carried over with great accuracy.  Historically speaking, the brand calls this out as an “Interwar” model, but we all know that Europe was a tempestuous brewpot that boiled over just a short 12 months later.  There’s little historic info given about exactly which military may have used these watches, so it’s probably best to simply view this as a watch you’d either enjoy wearing or not. 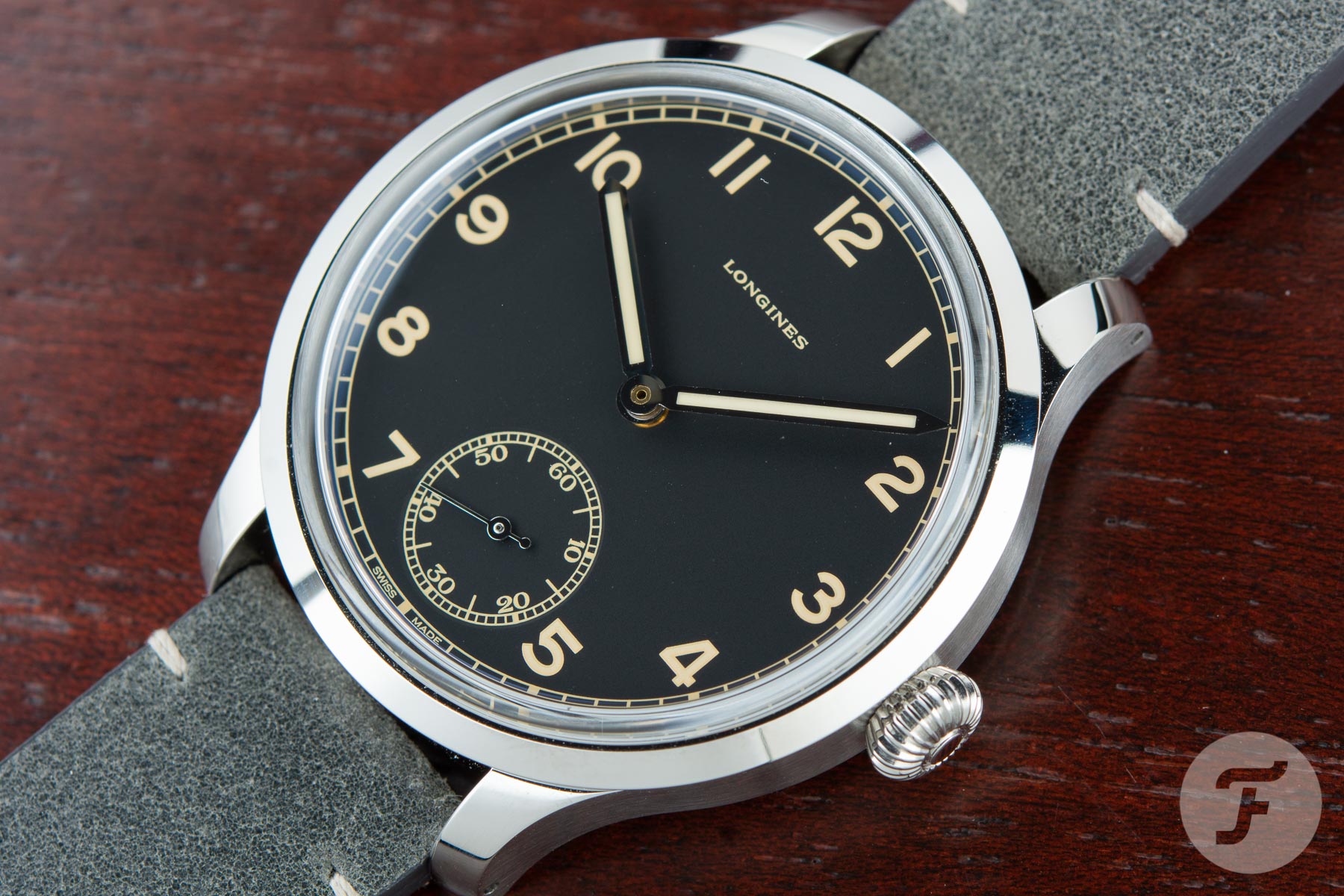 Speaking of wearing the Longines Heritage Military 1938, it comes in at a true-to-its-ancestor 43mm in diameter.  The stainless case also brings a deceptive 50.8mm lug to lug, so you’ll probably want for some meat on the (wrist) bone in order to sport this one on either the included 20mm grey leather strap or NATO (a tool comes with to aid the change and the case is cross-drilled).  Granted, The thickness is a reasonable 12.6mm and that’s aided by the use of the Longines cal. L507.2, which is the handwound ETA 6498/2.

That movement lopes along at 18,000 bph, has a 40 hour power reserve and drives a small seconds hand at 6:00 in addition to the requisite hour and minutes hands.  In keeping with its recent historic releases, Longines went with domed anti-reflective sapphire in lieu of acrylic.  This, along with an engraved snap case back allows for a skirmish-like naval battle with your local’s pub toilet sink as the watch is water resistant to 30 meters.  Longines tops things off with an onion crown that’s unique to this model; it’s nice to see that they’re not sharing any parts in the name of saving a few bucks. 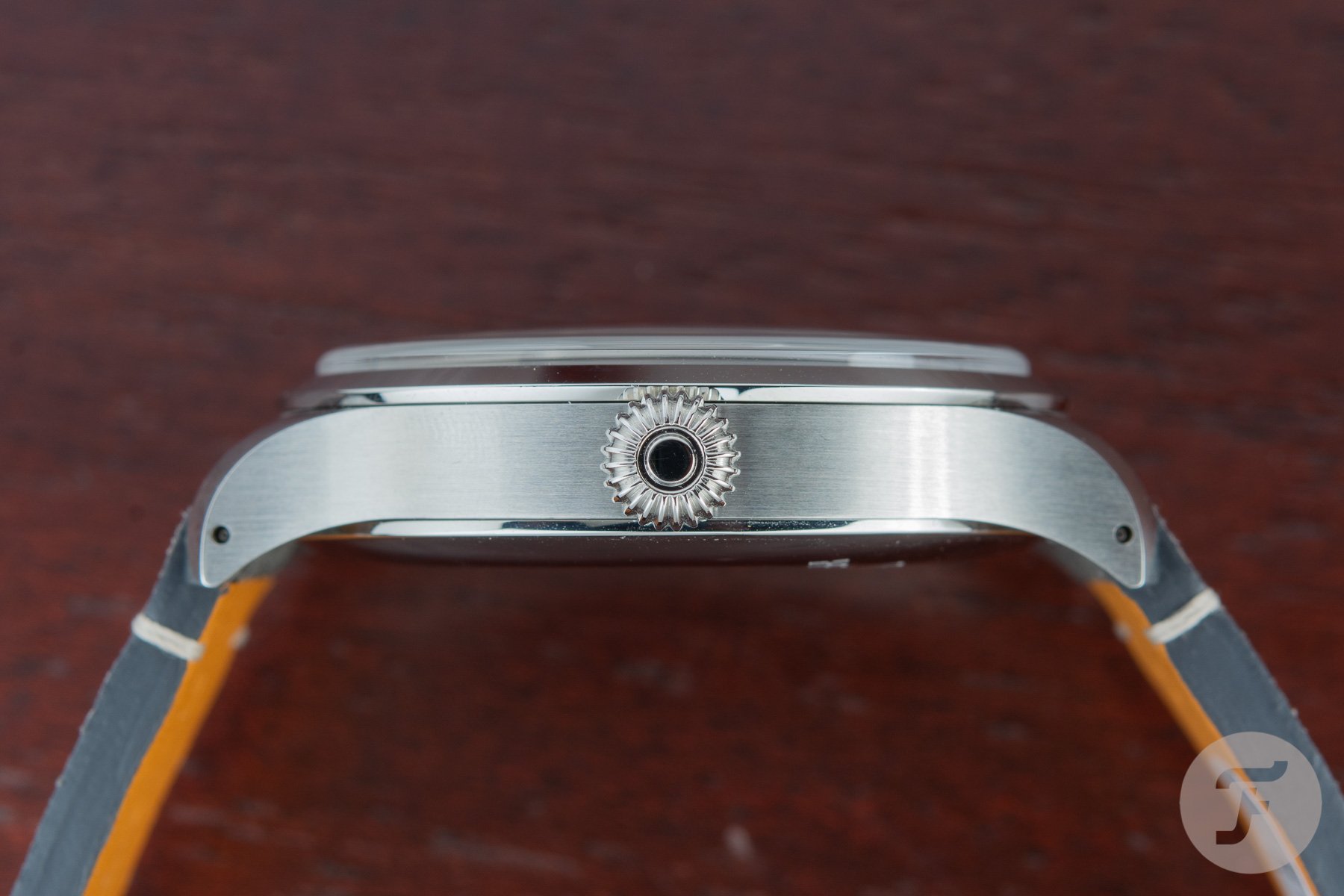 It’s hard not to like the Longines Heritage Military 1938.  It’s a classic, no-nonsense design that translates well roughly 80 years later.  Like on the previously reviewed Classic, I’d love to see the iconic “tre” or “sei” tacche screw-down case back that was likely on the original, but that’s a bit of hair-splitting as these watches will be viewed from the topside 99% of the time.  Some will also bemoan the release of yet another limited edition piece, but let’s be very honest here; 1,938 units isn’t the smallest number for a 2,000+ Euro highly targeted watch.  Ultimately, the 1938 is a really nice looking watch that should pair well with myriad number of straps and outfits.  2019 has been a great year for fans of vintage Longines pieces and this newest release only supports that claim. 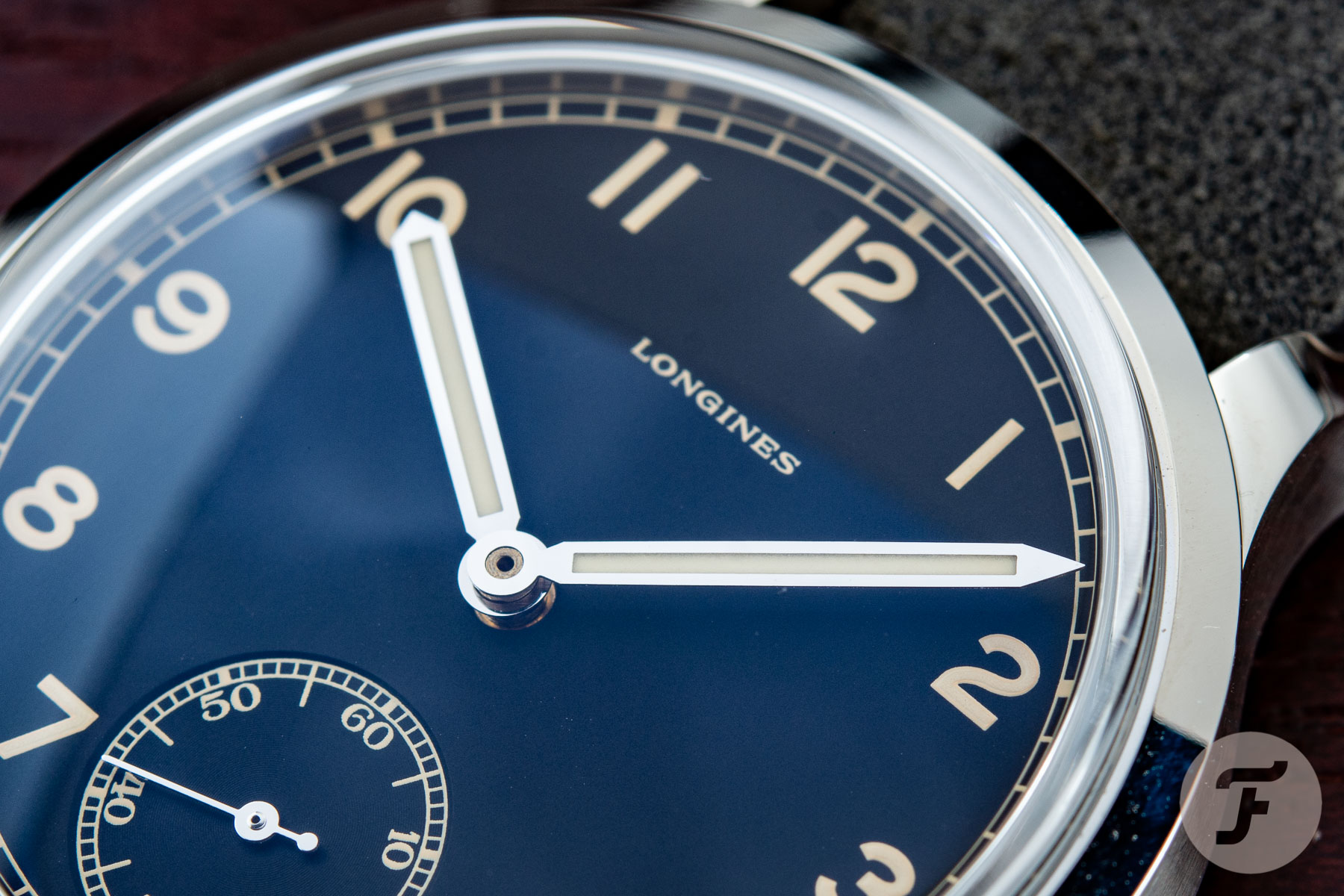 The new Longines Heritage Military 1938 is available now and can be viewed on the official Longines site.