The Oris Divers Sixty-Five Limited Edition for HODINKEE is here with styling that won’t disappoint and a movement that’s sure to surprise.

Well now, it’s not every day that we cover a new timepiece made in collaboration with another watch magazine, but it’s rare that something looks as good as the Oris Divers Sixty-Five Limited Edition for HODINKEE.  Looks aren’t the only thing at work, though, as this diver contains a style of movement that harkens back to the original 1965 Oris Super, Star and Waterproof pieces – head here for our comparison of old and new.  That’s right, there’s a manual inside this thoughtful reinterpretation of one of Oris’s most popular watches. 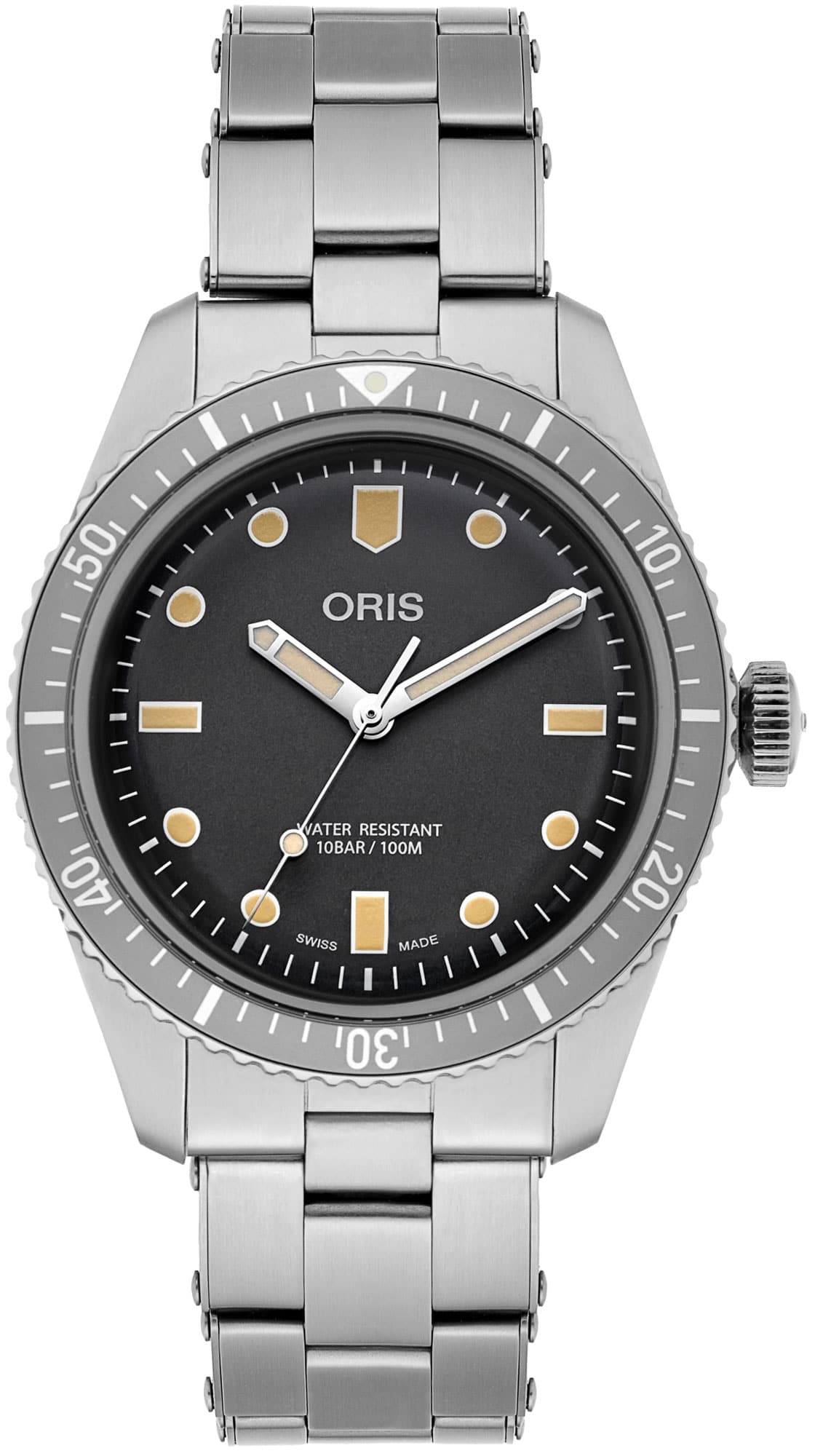 The Oris Divers Sixty-Five Limited Edition for HODINKEE makes use of the familiar 40mm case found on other variants of this model, but instead of carrying a thickness of nearly 13mm, this model trims that by over 1mm. 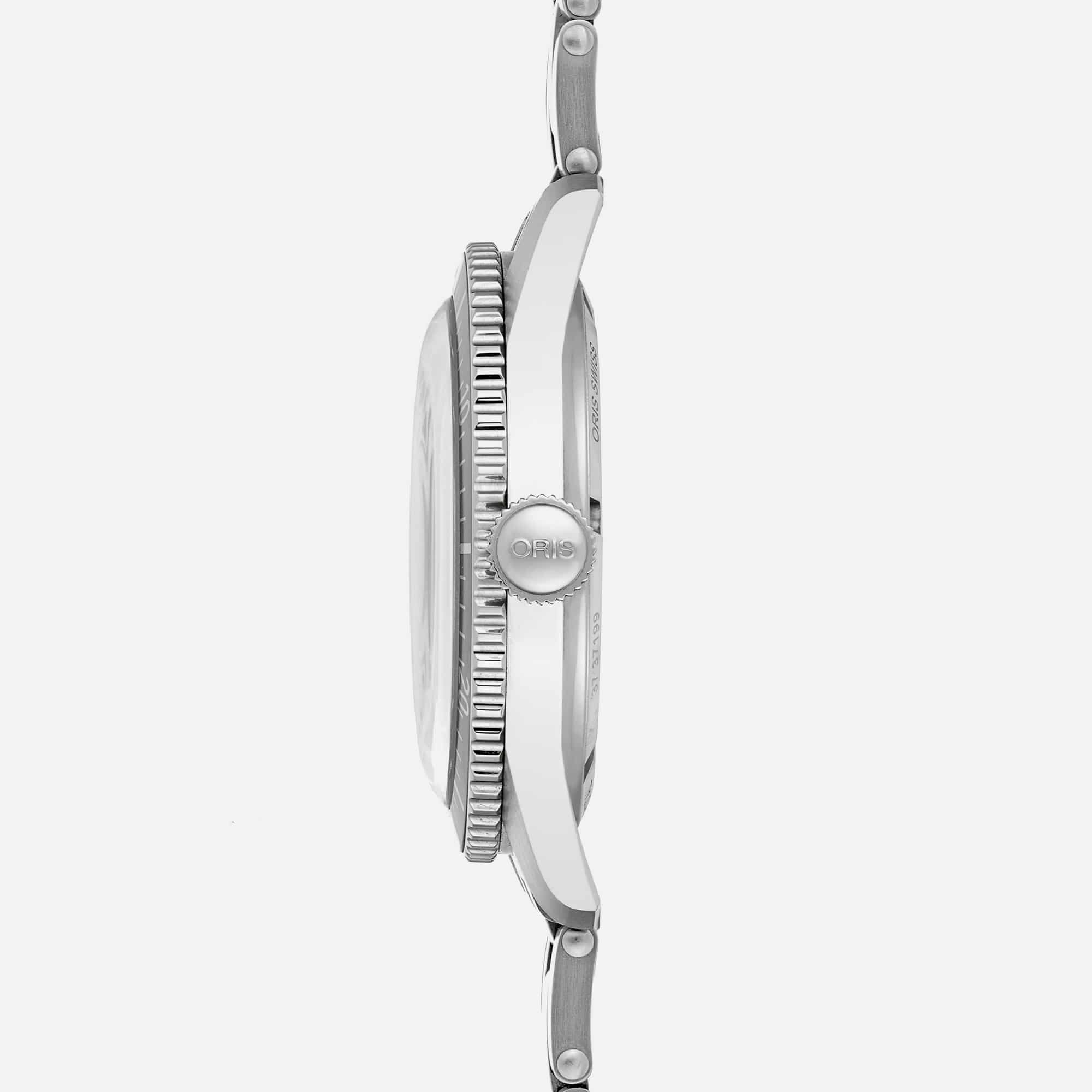 In order to achieve this reduction, a manual wind movement was used that’s based on the same Sellita 210-1.  Without the automatic’s rotor, it’s naturally slimmer.  HODINKEE and Oris also chose to eliminate the date function found on all other Sixty-Fives. 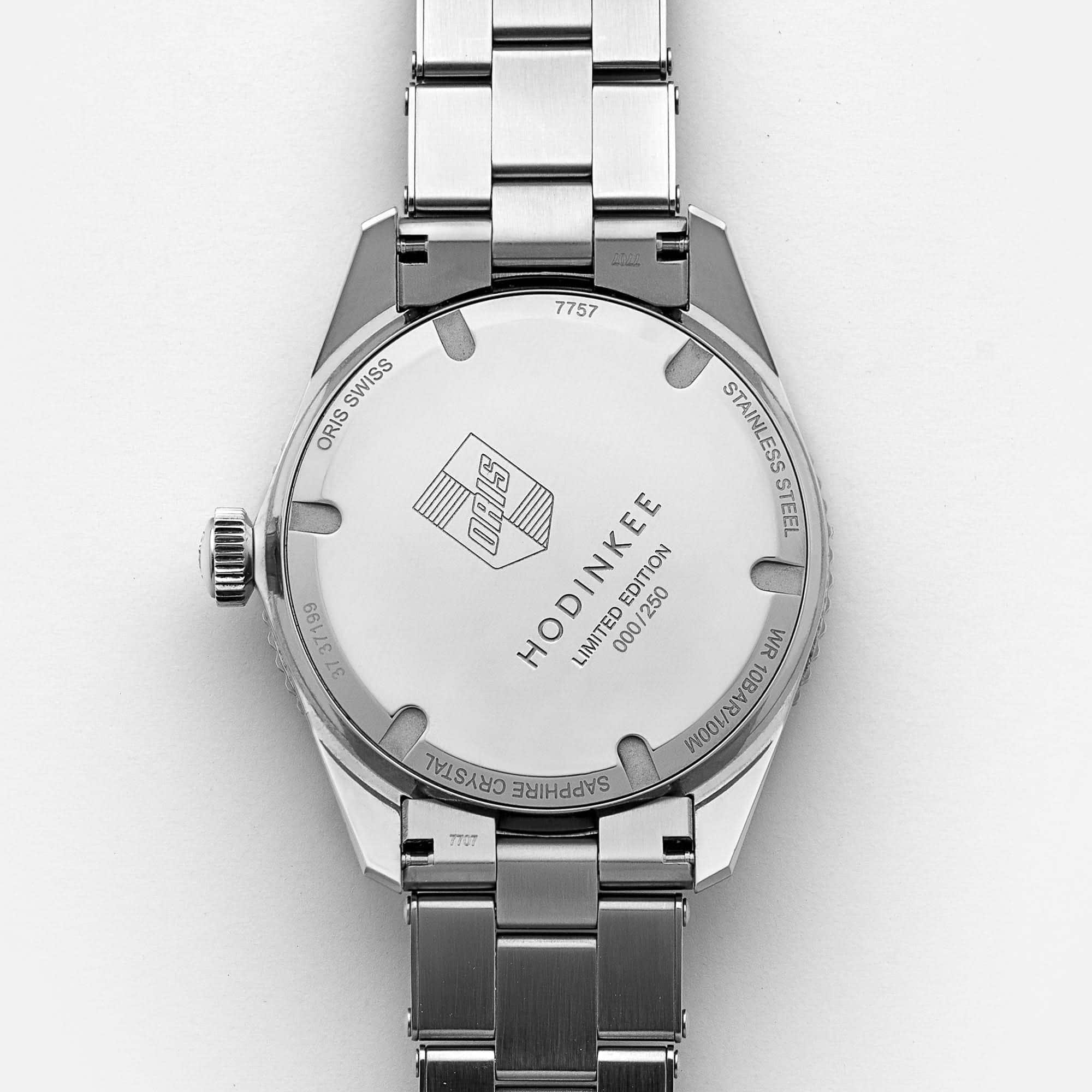 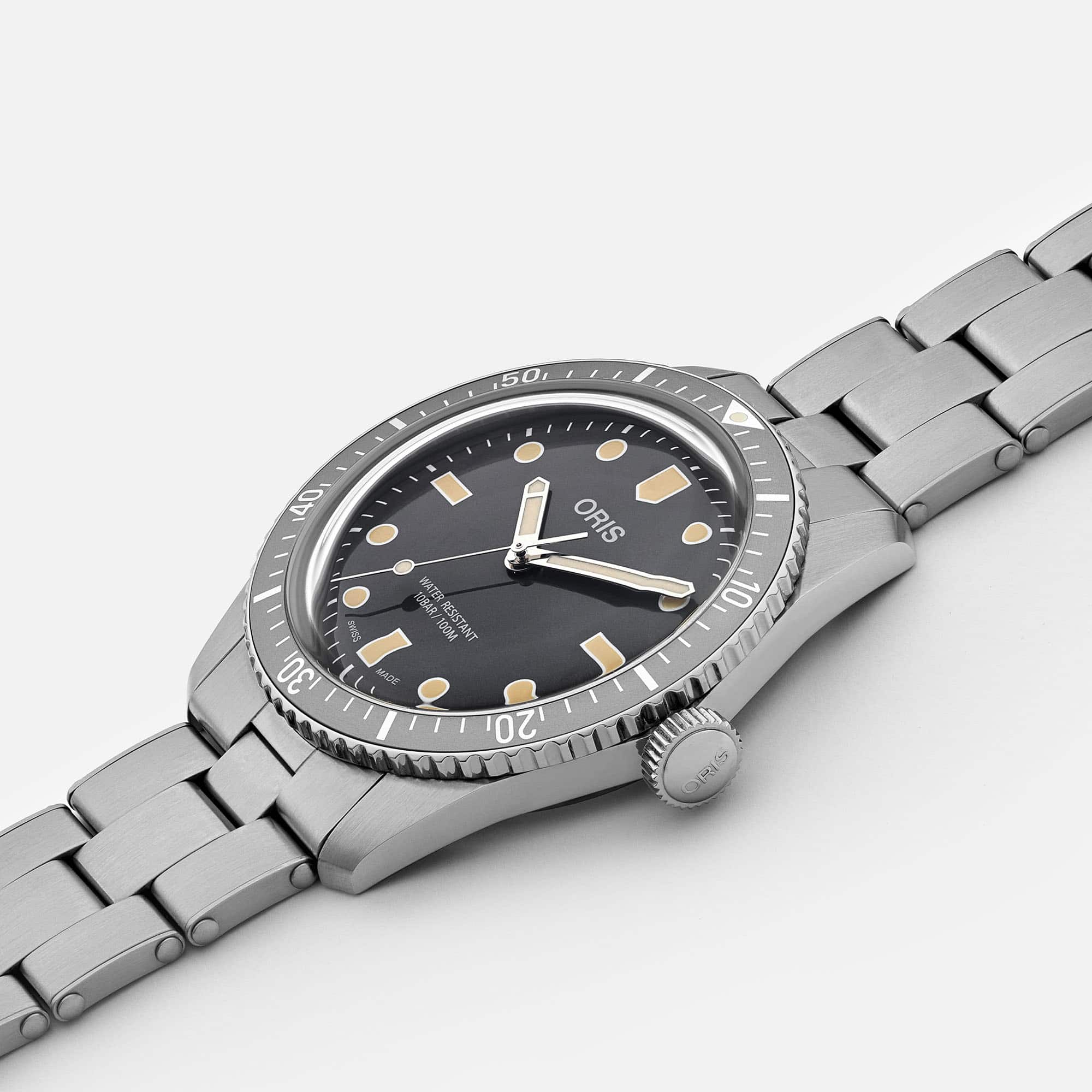 But a novel movement is the only thing at work on the Oris Divers Sixty-Five Limited Edition for HODINKEE.  Naturally, the New York-based publication had to shake things up design wise.  We’re treated to what I think is a truly attractive creation that combines “aged” Super-LumiNova with a soft black dial and a “ghost” diver’s bezel.  This is paired with Oris’ deservedly-loved tapering 20mm steel rivet bracelet. 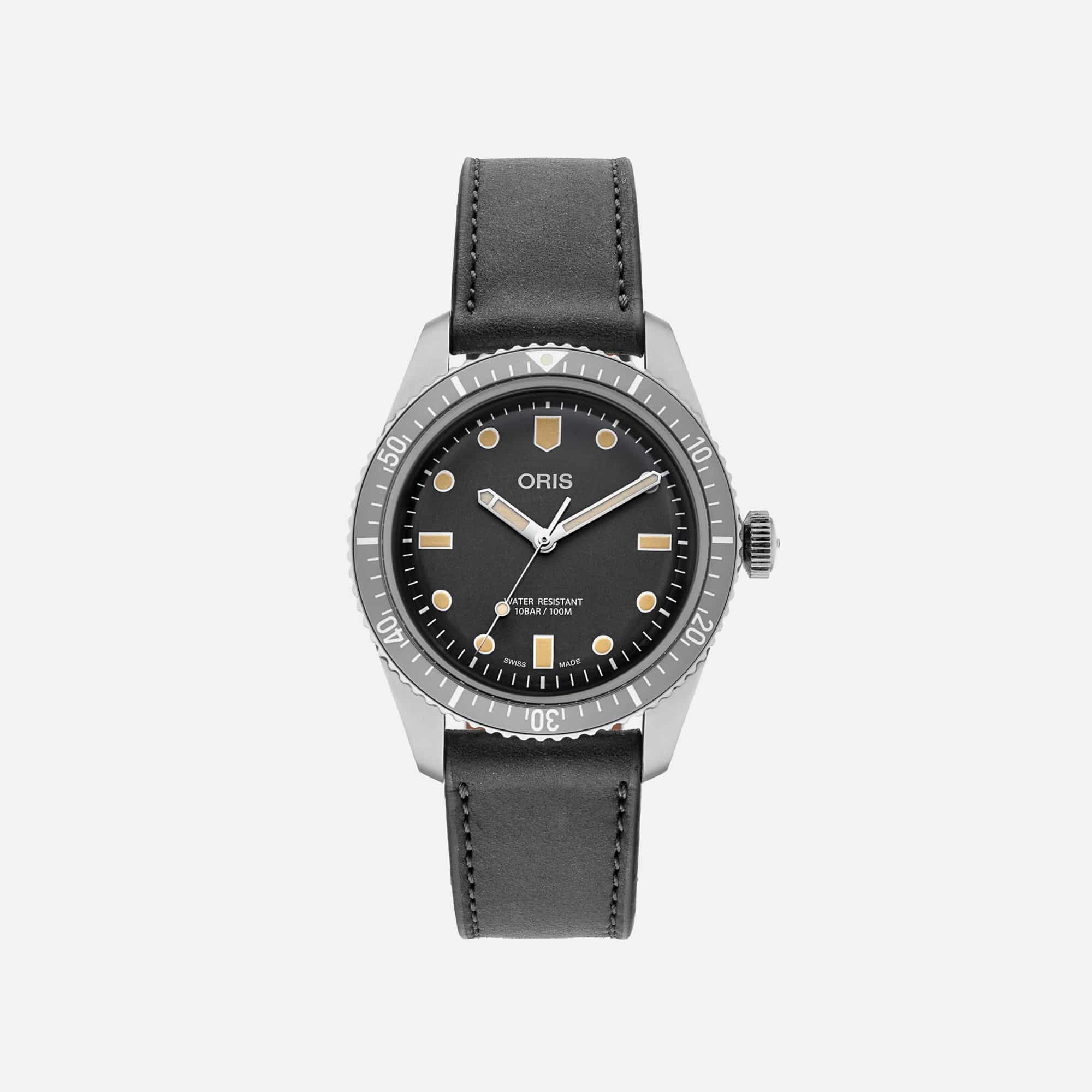 Also included in the package is a black HODINKEE Sedona leather strap. 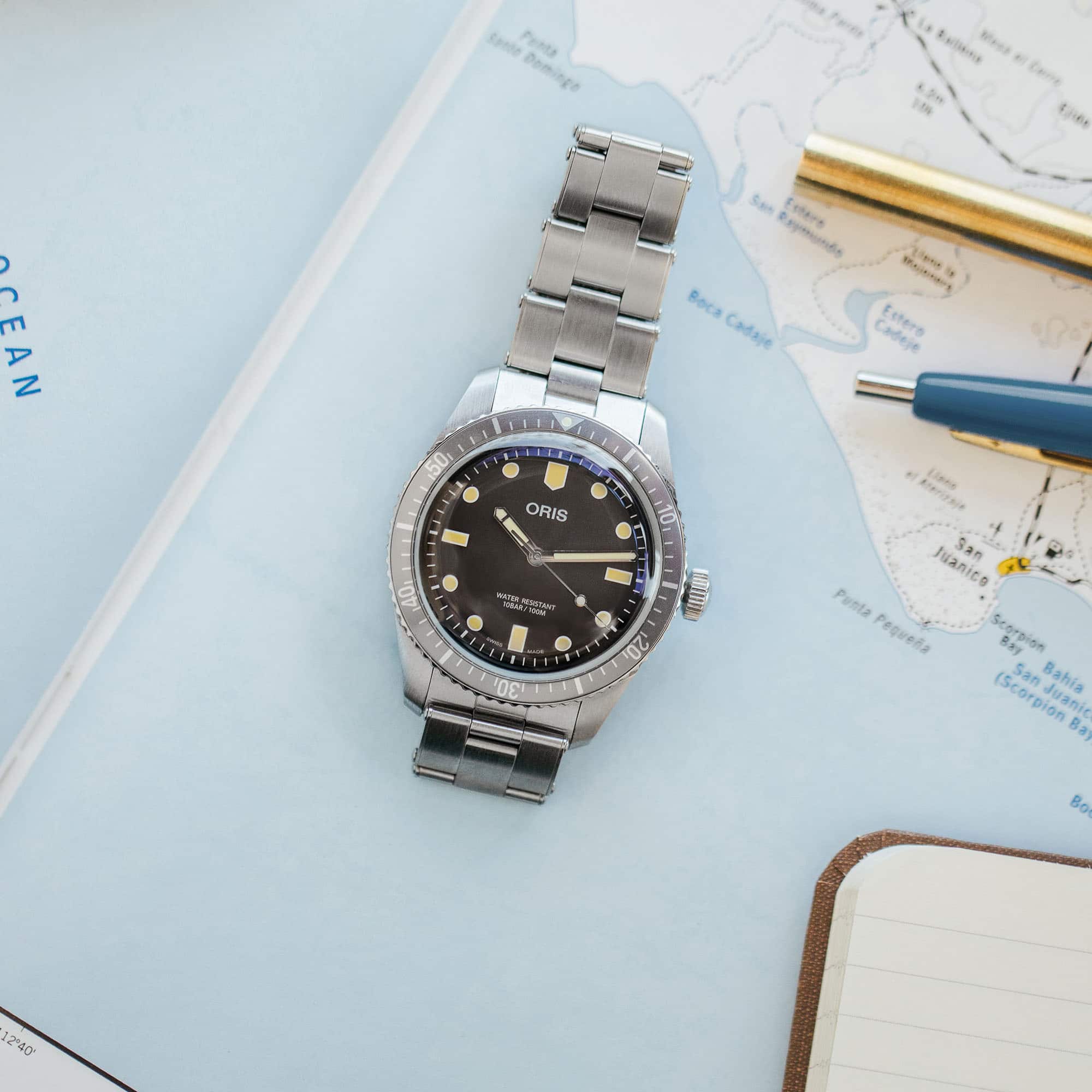 with a novel movement, the teams at Oris and Hodinkee have brought something different to a watch that has seen a lot of limited editions

It’s hard not to like the Oris Divers Sixty-Five Limited Edition for HODINKEE.  With classic looks that are – at least to me – somewhat reminiscent of a vintage Rolex Submariner 5513, these watches will easily find homes.  And, with a novel movement, the teams at Oris and HODINKEE have brought something different to a watch that has seen a lot of limited editions.  Yes, some may snicker at the slightly eccentric inclusion of a manual in a diver’s watch, but those contrarians are likely the same who dislike the watch for its shallow 100 meters of water resistance anyhow. 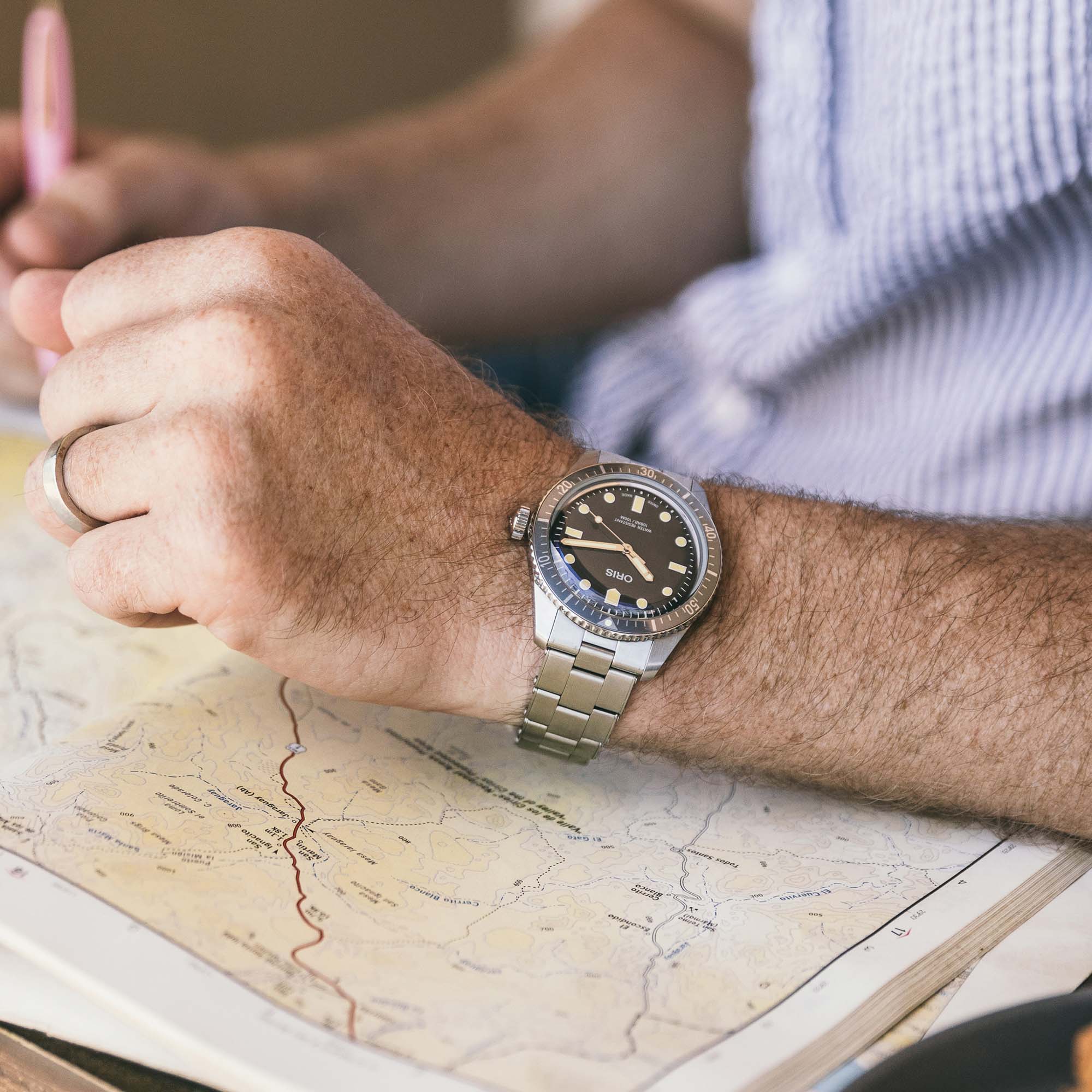 At $2,300, this piece is only $200 more than the automatic 40mm Divers Sixty-Five. That’s hardly a premium for a watch that will almost assuredly sell out its 250-piece run within minutes of its release.  Speaking of the release, we’re publishing this a full hour before the watch can be ordered so everyone has a fair chance at obtaining one (watches go on sale today, June 26th at 10am EST).  Head to the official ordering site and if you’re lucky enough to score one, take solace in the fact that the watches will ship on or around July 10th.  Nice work HODINKEE and Oris, this is definitely a good one.

Head to HODINKEE for great daily watch content and to Oris for great every day watches.