We’ve probably all experienced it: you had been waiting for years for your favorite brand to reintroduce a certain watch that had not been in the collection for a long time. But, when it finally came out, it wasn’t quite what you were hoping for. Perhaps the date window was disturbing or the hands were not clear. Maybe you preferred blued hands instead of gold ones. Or, perhaps, the watch was only available in pink gold, while you would really like a white gold or platinum timepiece. Well, it’s a little-known fact, but ordering a custom Cartier watch is not such a far-fetched possibility.

For years now, Cartier has had a solution to this luxury problem. It’s called the Custom Order watch. Especially in the last 10 years, these pieces have really taken off, which is why La Maison has created a separate department to meet the special wishes of its demanding clientele. But how does the application work, and who is eligible to enter this magical world of extreme exclusivity? 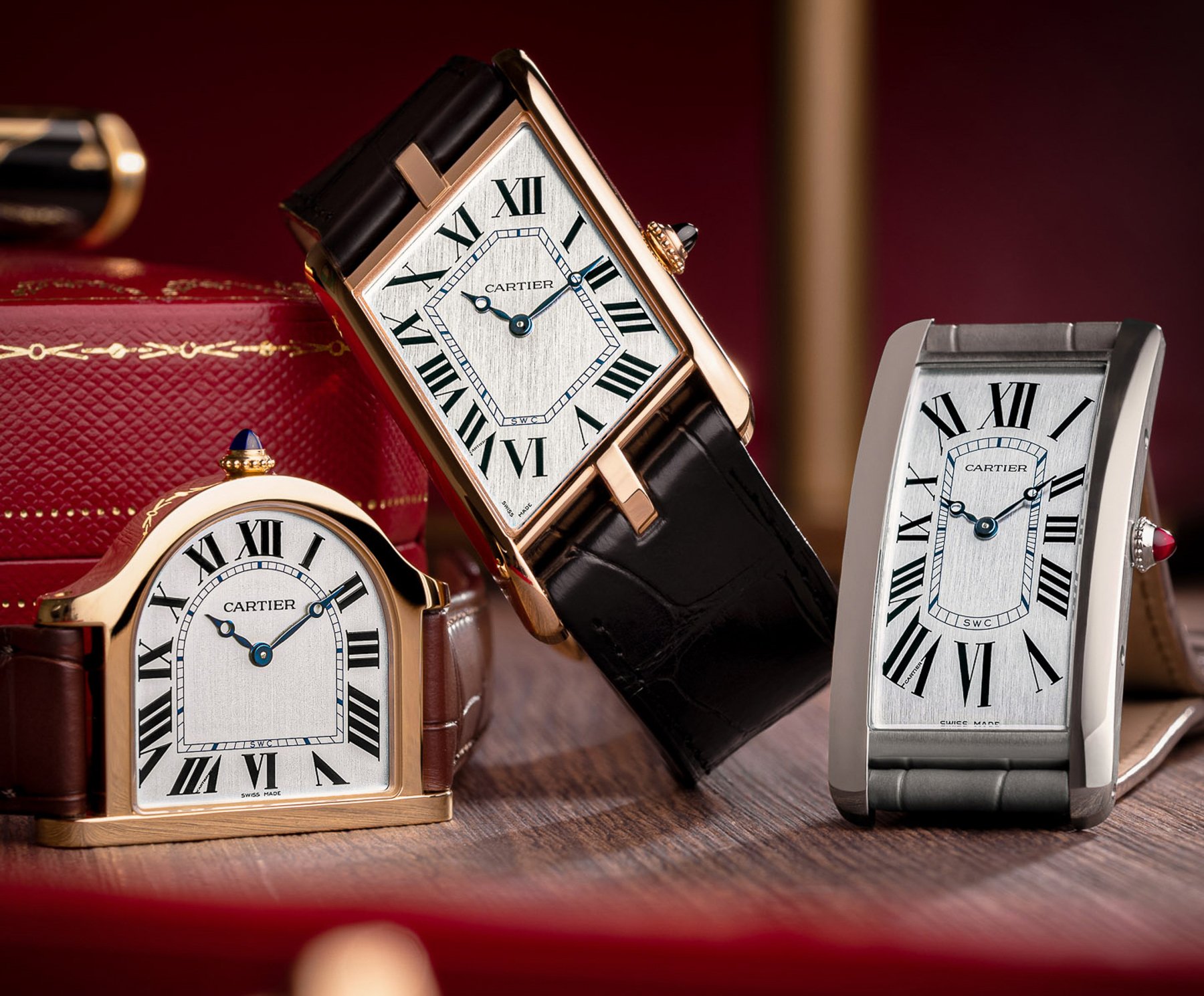 I’ve been looking into the matter, as it’s the talk of the town lately among the group of serious Cartier collectors. So, I will try to explain the steps of the process, and I will also give an answer to the questions that I received via my Instagram. But be prepared; while a custom order is a great chance to get what you like, the process takes a long time. It is not possible to discuss the financial details in this article, but you must understand that there are actually two possibilities that differ greatly in price.

The most common and also most affordable way is to think about a recent model. This could be a timepiece where the dial, the date disc, the case material, and perhaps the hands need to be modified to make it exactly to your liking. But, of course, more is possible, and that’s the other option. For instance, consider a model that has not been produced for many years, such as the Tank Normale. In such a case, assuming that Cartier would be willing to produce it for you, the case and crown must be specially built from scratch. Cartier must also find a movement that fits that case. All this work that is necessary for just this one watch brings the much higher costs that I mentioned previously. This is also a much more time-consuming process — think about two or three years. 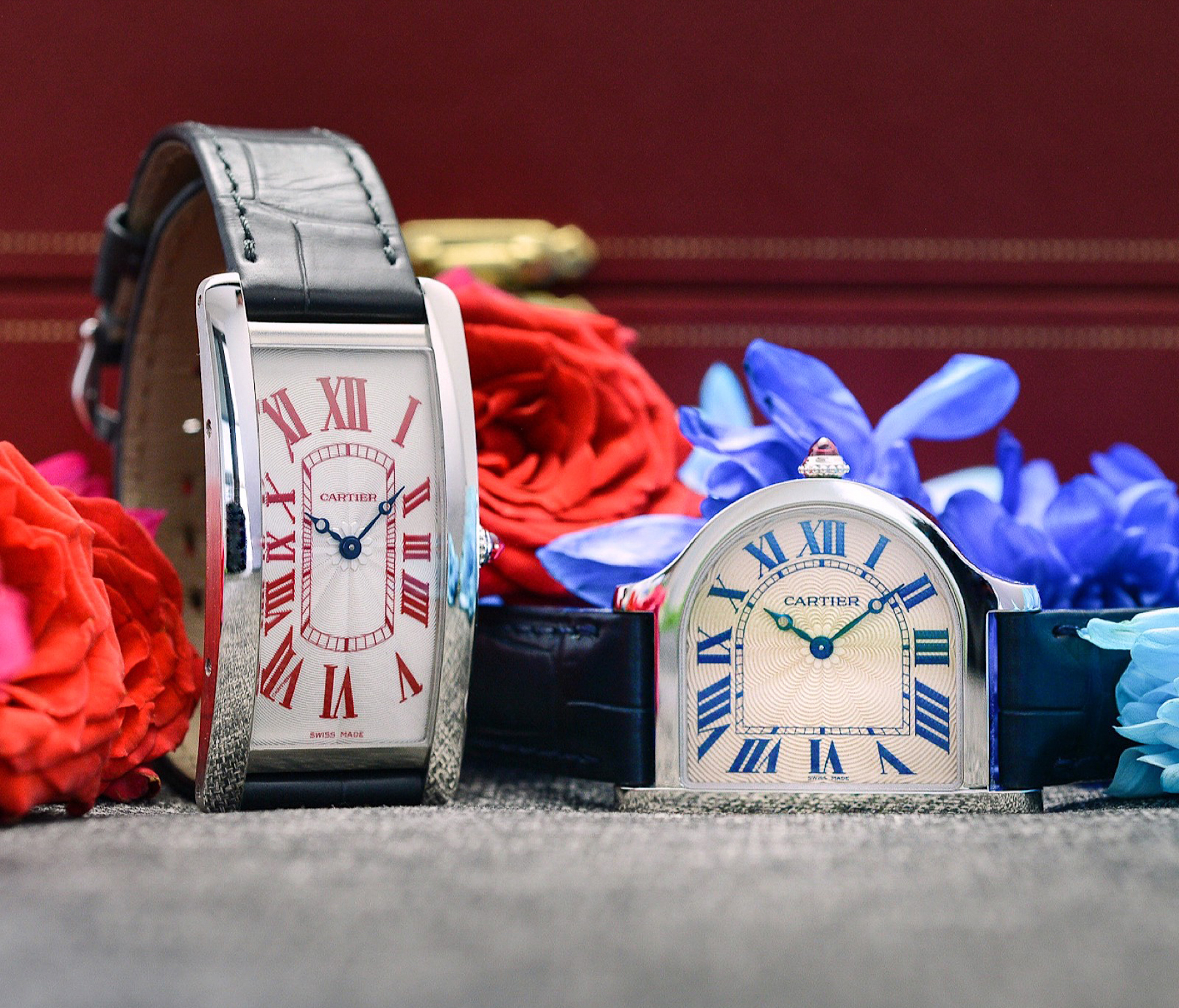 Who is eligible for a custom order?

To be eligible, you don’t have to be Brad Pitt or a collector who has already purchased several watches from Cartier’s Privé line. Simply request a custom order at your local Cartier boutique, which will pass it on to the brand’s headquarters in Paris. What does help, however, is a relationship of trust between the customer and the local boutique. When the boutique has sent in the request to the Cartier headquarters, it usually takes two to eight weeks to hear back if the request can be realized or not. The local boutique remains the contact for the client during the process. During the following period, the sketch by the design team at Cartier HQ and the estimate for the watch will be presented. After the client gives his or her approval and a down payment of roughly 50% of the final price has been paid, the team will start working on the watch. This will take usually around 12 months, but it can take up to three years for exceptional orders. 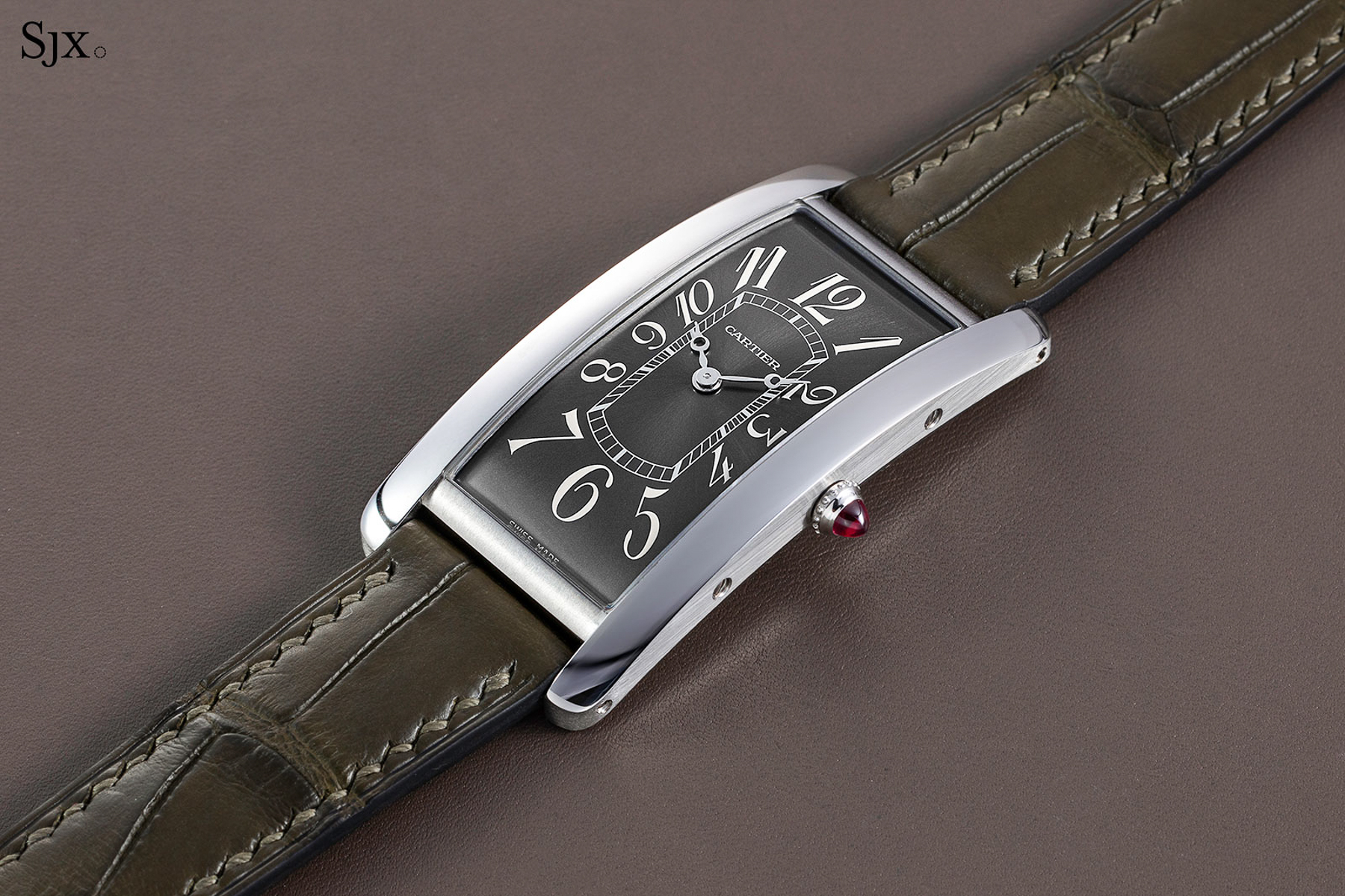 What would be possible

Now, I see you fantasizing already about what the watch of your dreams would look like. Explain and describe your wishes well to your salesperson. Alternatively, if you’re the creative type, make a sketch and work with the design elements of La Maison, ensuring that it retains the typical Cartier style.

Imagine yourself as a designer at Cartier, and think about what the perfect watch should look like. Only then will there be a chance that the request will go through. For example, a Tank Chinoise from the current collection but with a lacquered dial and Chinese characters in burgundy could be really cool. The team would also probably accept it, but forget about your family crest or your child’s photo on the dial. Keep seeing yourself as one of the designers at Cartier and think within the restraints of their design elements. There are plenty of opportunities to come up with something beautiful that may suit you more than an off-the-rack timepiece. 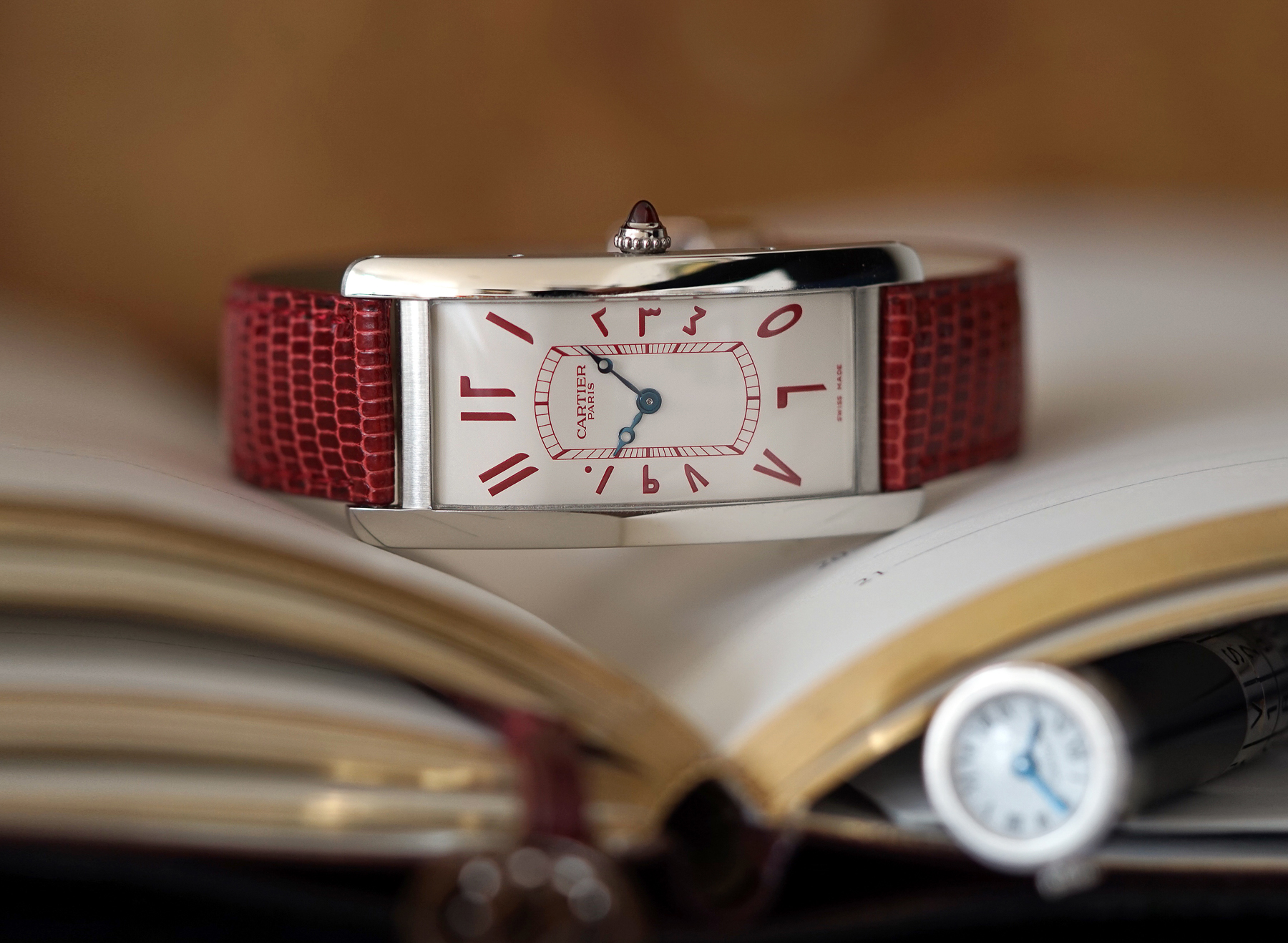 The allure of custom orders

A custom Cartier watch can be an attractive idea, allowing a collector to circumvent the will of the greater market. Realistically, when it comes to Cartier’s lineup, commercial appeal is a big factor. When designers start creating a new Tank or Santos, for instance, they have to deal with various “roadblocks”. The watches must appeal to the general public not only in Europe, Cartier’s base of operations, but also in important markets like Asia, the Middle East, and the USA. All these markets look at a watch differently. Additionally, several managers at Cartier are involved in the design process. The more people are allowed to say something about the first sketches, the more difficult it becomes for the designer, and the less remains of the often original ideas. In general, the process takes a long time and requires many OKs before a design will finally be realized.

That’s why we keep seeing new watches (not only from Cartier) that have “AUTOMATIC” on the dial and a square date window at 3 o’clock, things that many collectors really abhor. But the majority of customers worldwide seem to prefer it, and after all, that’s what counts! During the creation of a custom-order watch, it works differently, and the “lines” are much shorter. The client passes on their wishes, possibly accompanied by a first sketch, to their contact at the local boutique who will pass it on to the team of the Custom Order department in Paris. 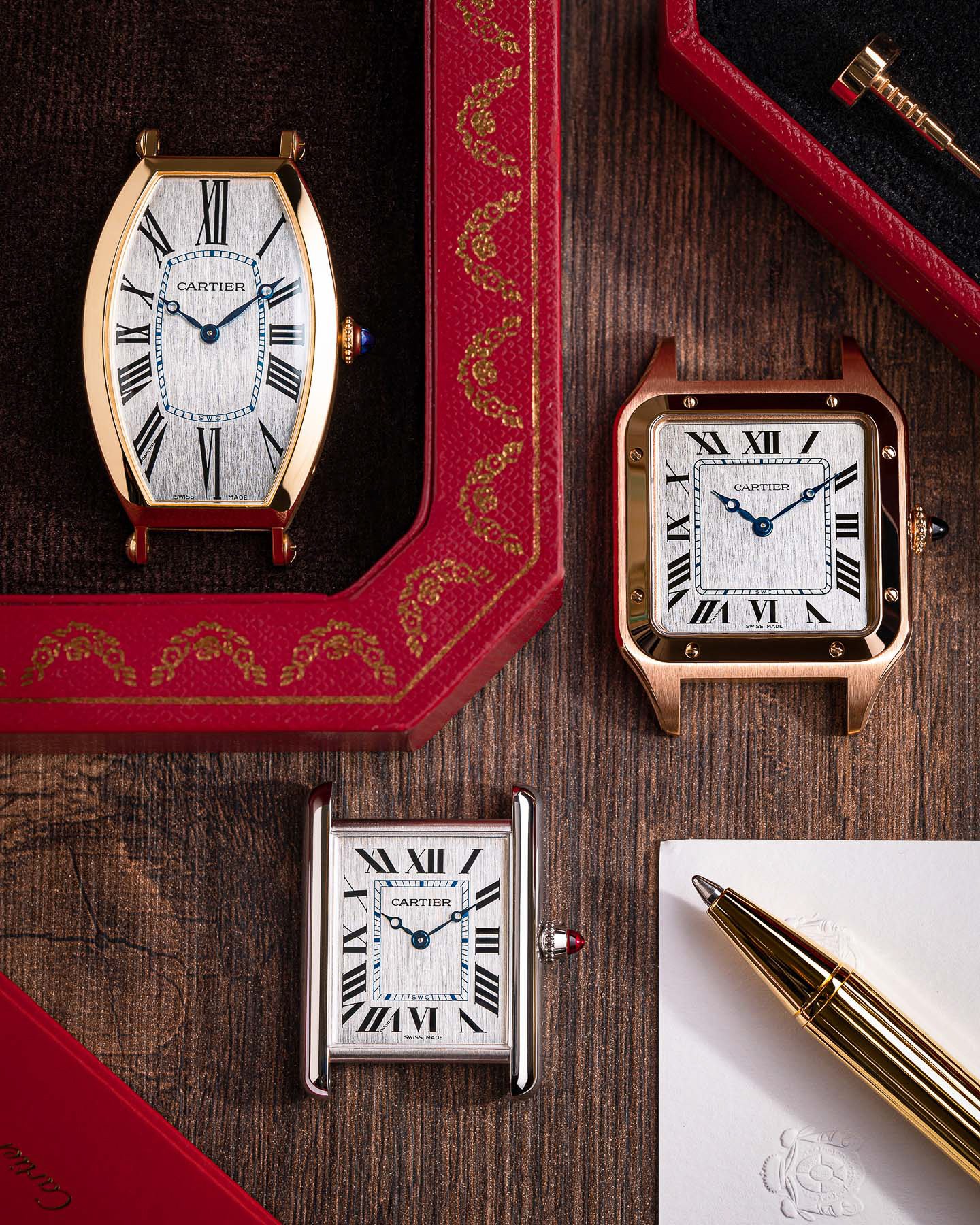 They assess whether everything can be carried out and whether the ideas fit within the guidelines of Cartier’s design philosophy. There is no need to check whether the watch would be successful internationally or whether it is commercial enough. After all, the timepiece is intended just for one particular customer. The client who placed the order actually “works” with the designers of the Custom Order department to achieve the best possible design. Don’t think, however, that they just turn the client’s ideas into a workable sketch. They often supplement it with a valuable suggestion that the client may not have thought of. All in all, it’s an unbelievably nice process to experience. 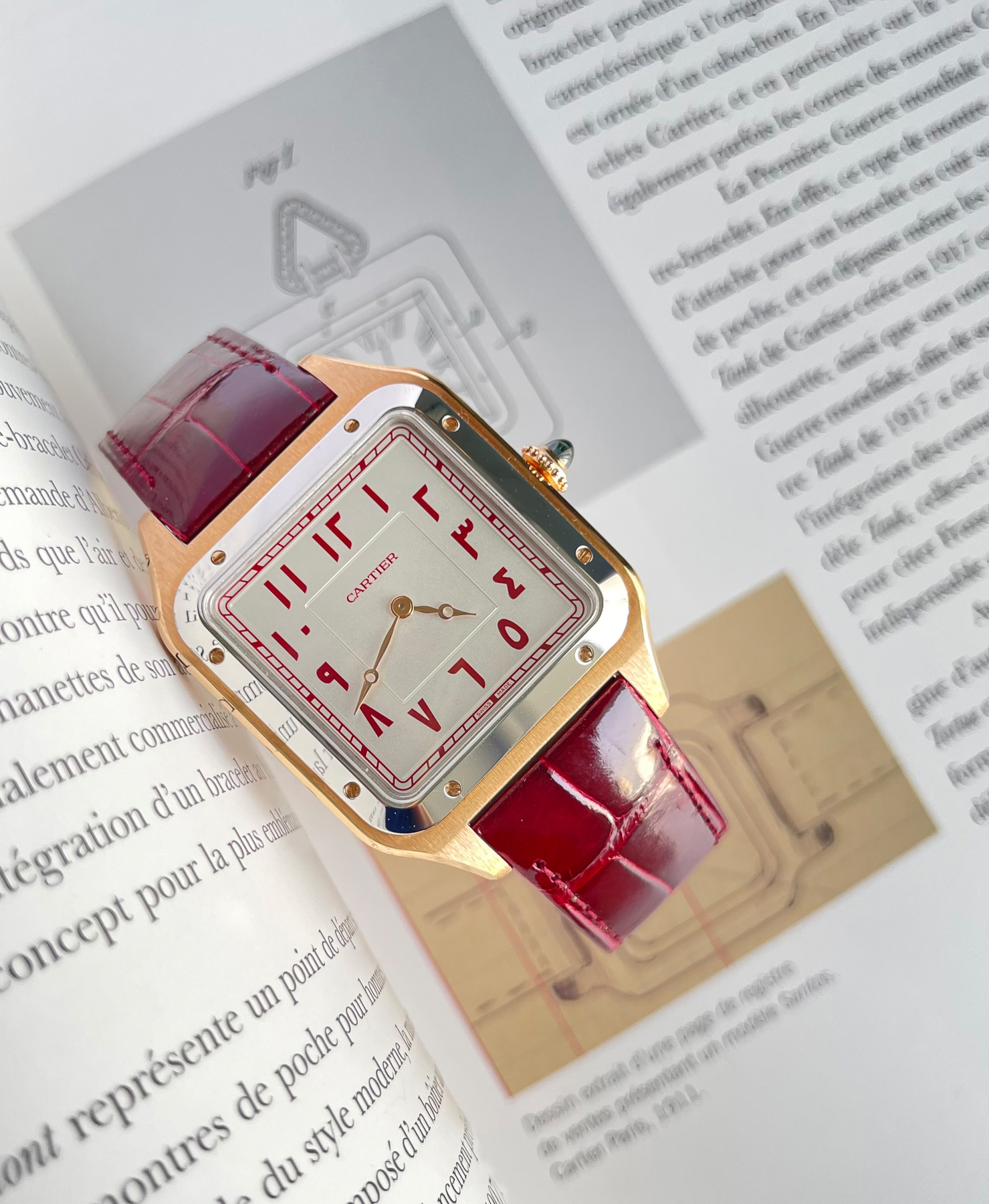 When the wait is over and the watch is finally finished, you’re the proud owner of a watch that has been created just as you wished and especially for you. But beware that sometimes there are misunderstandings about exclusivity, and you should understand this before entering into the creative process. The creation should not be seen as a guaranteed pièce unique. After all, on the back of the case, there is an engraving saying “No.1” instead of “No.1/1”.

Cartier reserves the right to perhaps remake the watch in the future, although, to my knowledge, that has not happened yet. All intellectual property rights to the model shown in the drawing are the exclusive property of Cartier, and La Maison reserves the right to reproduce it identically or with slight changes. This may seem strange, but it makes perfect sense. After all, the elements that were used to realize the design have been included in Cartier’s historic design books for years.

In reality, all that has happened is a shift of the existing design elements to arrive at the desired timepiece. The typical elements that Cartier has selected and has been working with for almost 175 years have once again done their work! 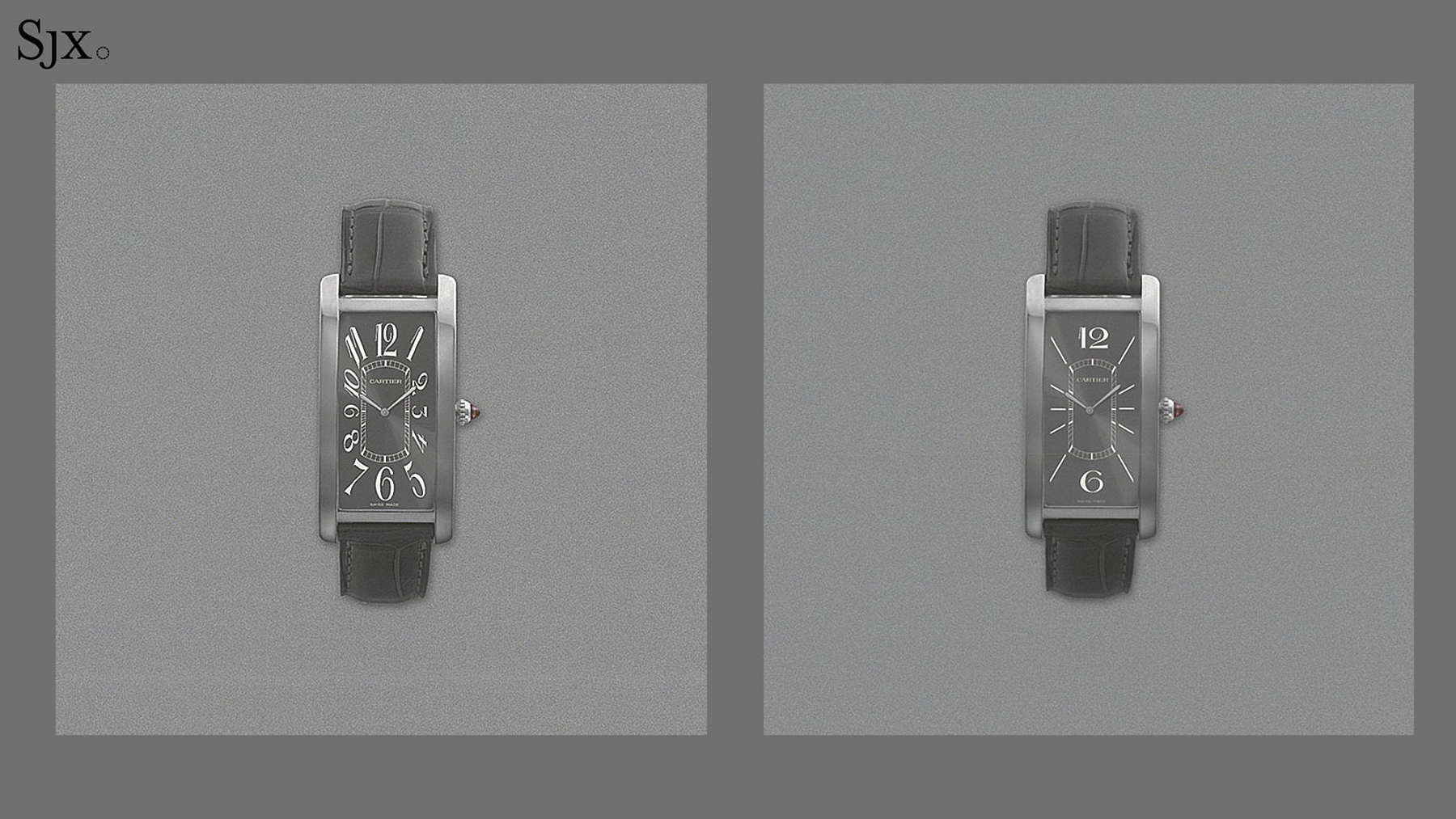 Now, let’s review some prime examples of custom orders before I finish this endless talk. A platinum Tank Cintrée with Arabic-Indic numerals was ordered in 2006 by a customer from the Middle East. The watch, which was one of the first Tank Cintrée custom orders, received a ruby in the crown in addition to red numbers. This is a cool feature that has now become standard on Cartier platinum watches. 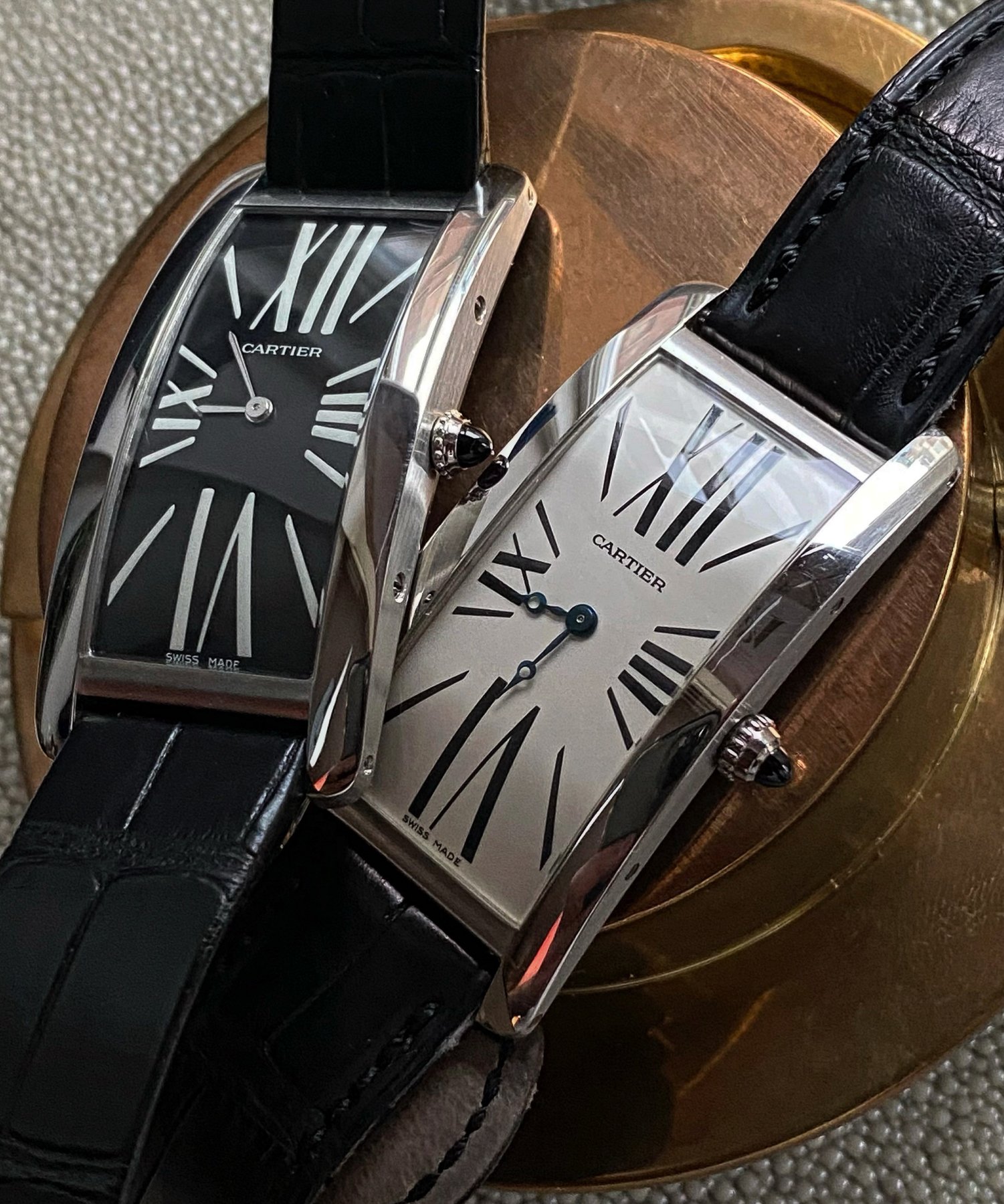 Roni Madhvani (@roni_m_29), a famous collector of vintage Cartier and Patek Philippe watches, a long-time friend of La Maison, and one of the early clients of the Custom Order department, had some outstanding pieces with black dials made. When we look through the catalog of previous years, it’s clear that black dials have been incredibly rare in the Cartier collection.

Jiaxian Su — or SJX, as most people know him — is a respected watch journalist and founder of WatchesBySJX. He chose the most popular Tank among Cartier collectors to create a platinum Tank Cintrée with Breguet hands, a gray dial, and white numerals. The crown was set with a ruby. You can read more about his experience here. 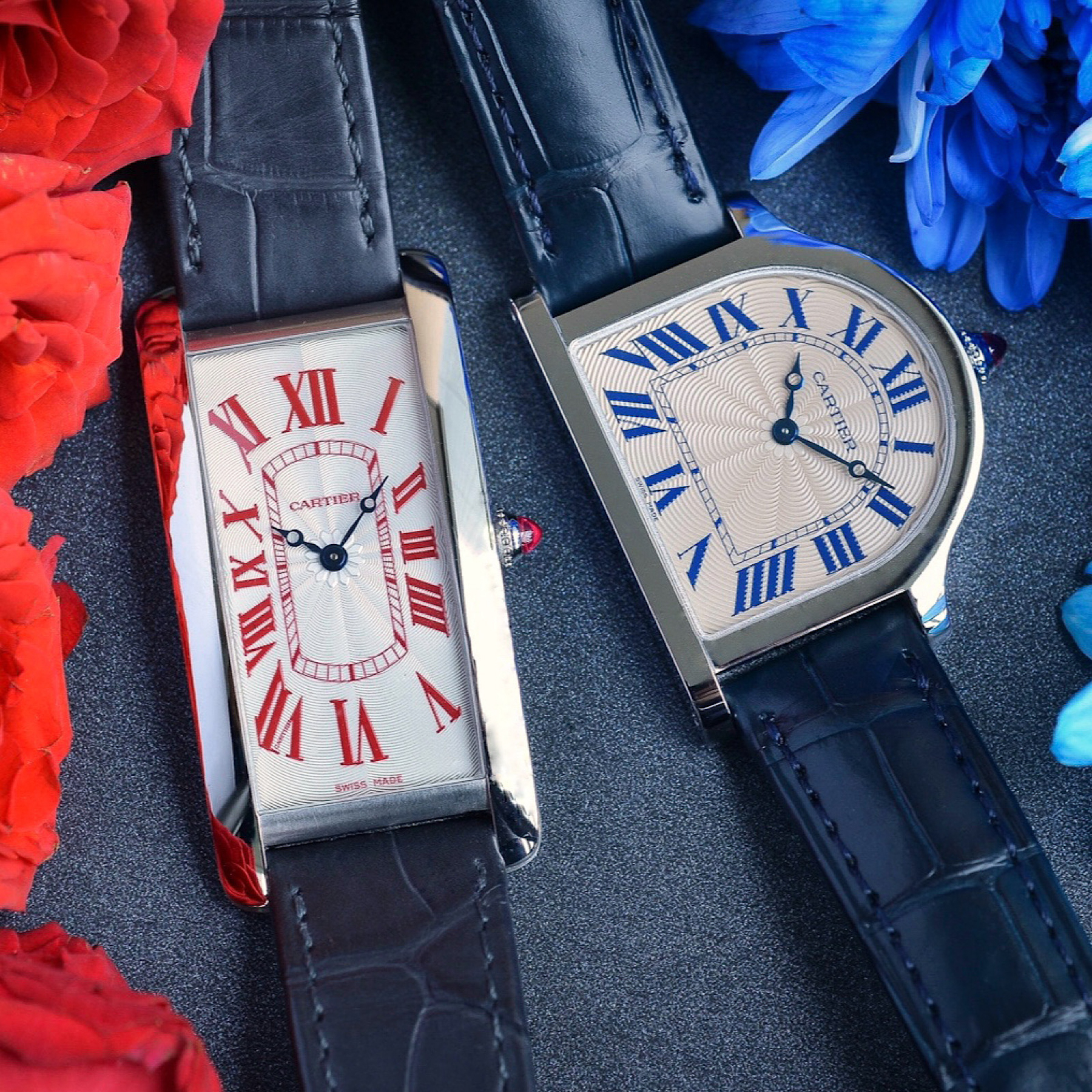 Alvin Chong (@watchrology) is a young collector from Singapore who showed me his beautiful Tank Cintrée and his recently acquired Cloche. Both models, which are available in the Cartier Privé line, are made in platinum and give a strong nod to CPCP. They feature dials with an intense guilloché pattern and a unique rosette in the middle of the dial. The rosette is actually a design detail from the 1920s, and it characterized the Collection Privée, Cartier Paris between 1998 and 2008.

An amazing set of 18 watches was made as a special edition with and for the Singapore Watch Club. All models feature a unique brushed dial, something that Cartier had never done before. Furthermore, the initials of the club were placed on the minute track above 6 o’clock. An extensive report on this fine series can be found here. 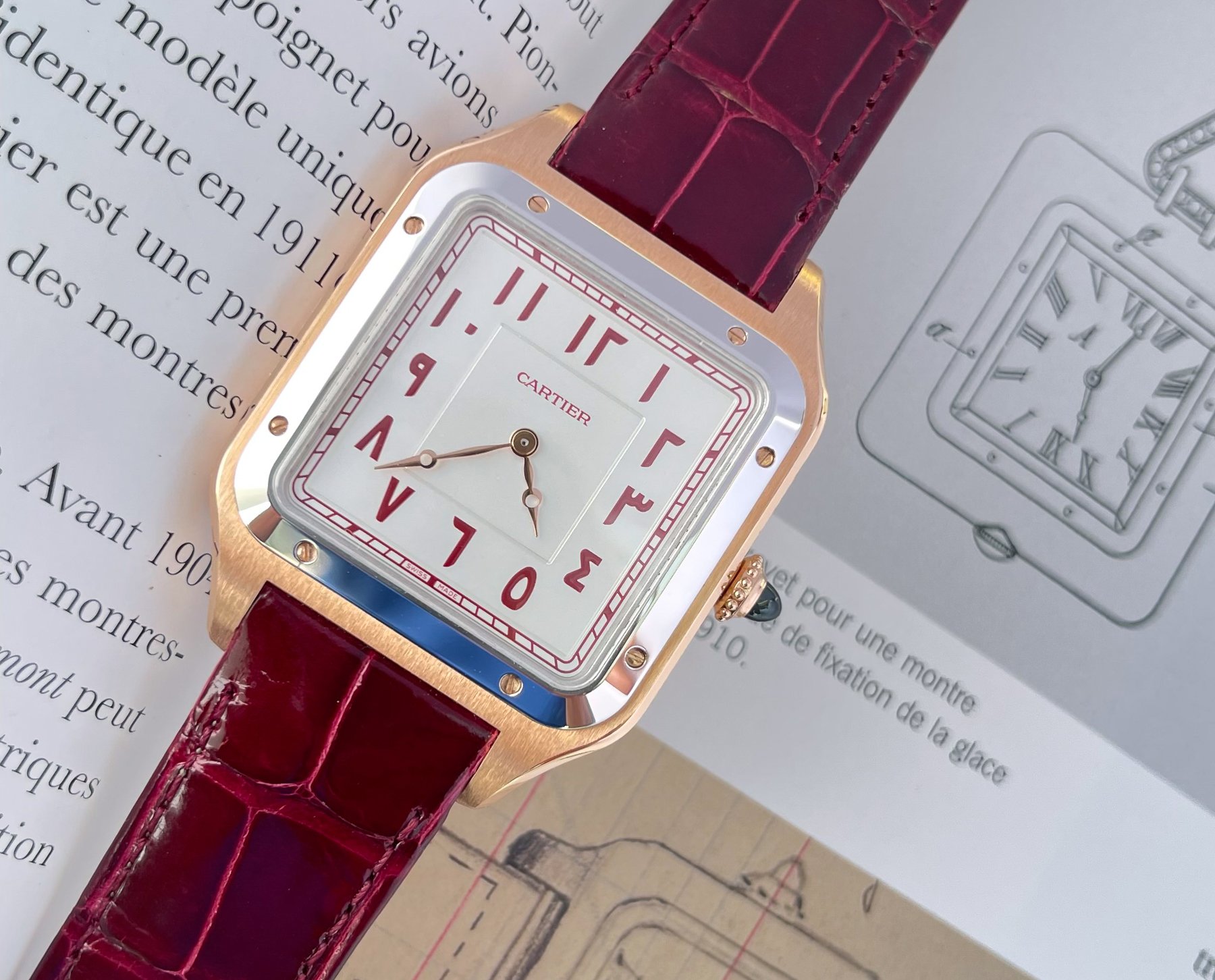 Your ideal Cartier could become a reality

A few nice Crash models have also been created, but I will come back to the Crash in general in a separate article.

I hope this has been a clear explanation of the unique opportunity at Cartier to make your wishes into a dream piece. If there is anything else that you would like to know, I am happy to answer your questions in the comments below.