HYT Skull – The HYT H1 Transforms Into The Skull

In a week from now the SIHH 2015 will start and of course, we will be there to bring you the latest news from the Geneva exhibition. Besides the SIHH, there will be other horology events hosted like the SIWP and of course there are lots of individual presentations from watch brands at several locations in Geneva. From 19th to the 23rd of January, HYT will introduce their latest timepiece in Geneva as well, the HYT Skull. 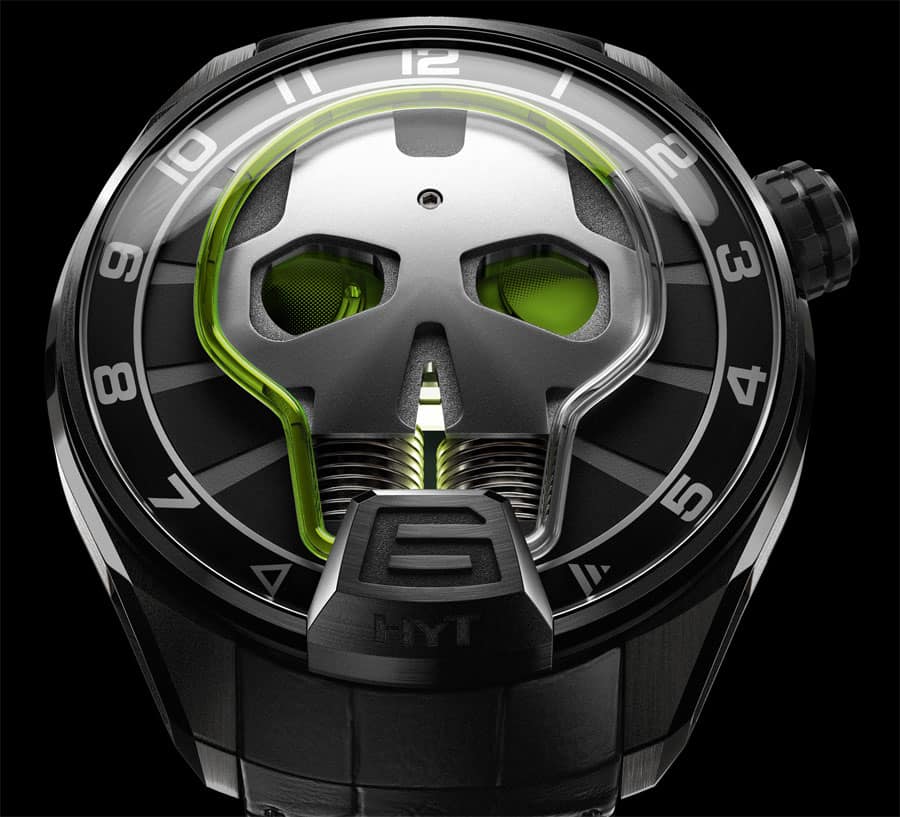 When HYT introduced their H1 watch back in 2012 we – and lots of others as well – were blown away by their concept of indicating time using fluid. Being able to give this fluid any colour, the watch could be more or less be ‘tailor made’ to the wishes of the customer. We gave an explanation on how this watch works in our first article on the HYT H1 back in 2012 here. After the H1, HYT decided to team up with Audemars Piguet’s Renaud & Papi and introduced their H2 to the World. This second model with fluid time indicator has a different ‘engine’, with the bellows in V-shape. 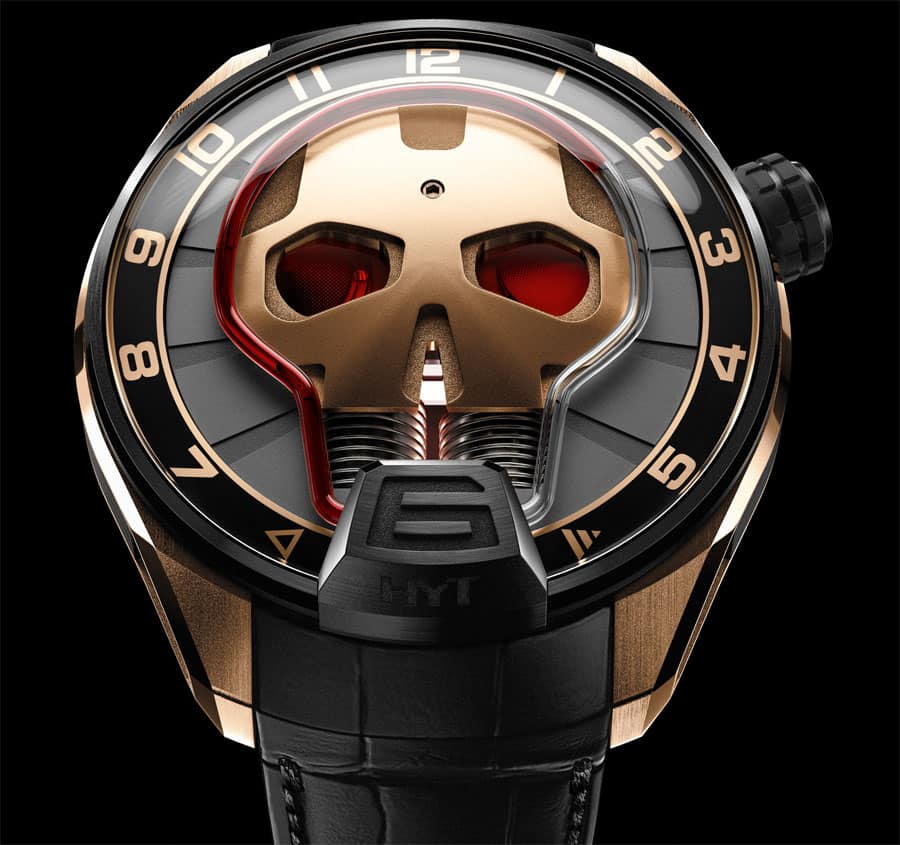 Now, HYT decided to use the H1 as a basis for a new timepiece in their collection, the HYT Skull. The Skull is not a cheesy watch that just uses an image of a skull on the dial, no, the HYT Skull uses the skull itself to indicate the time with fluid.

“Simply taking an existing movement, giving it a vague skull shape and presenting it as an entirely new piece is not really our style.” – Vincent Perriard (CEO of HYT)

A very small tube that only measures one millimetre (!) in diameter is shaped along the skull. This tube has very sharp angles (two of almost 90 degrees) that made it very difficult to produce it without breaking the glass. Another complex issue was developing a method how to get the fluid through the tube through these sharp angles as well as using the right speed (pressure) to still indicate the right time.

HYT decided to drop the minute indicator. The hour indicator will give you a good estimate on the minutes anyway (or just use your phone to get the exact time).

Another big change is the case of the HYT Skull timepiece. HYT decided to design a totally new case, with new angled lugs, a new diameter and dropped the crown protector of the original H1. This 51mm case was especially designed for the HYT Skull, made of black DLC titanium. The HYT Skull Red has a black DLC titanium and 5N gold case, where the green version is fully made of titanium.

We would be very curious to try this HYT Skull ourselves and see how the 51mm case would actually wear on the wrist. The former H1 case (and H2 case for that matter) were already big, this new HYT Skull case – with all its ‘presence’ – will be even more out there when wearing it.

There will be a total of just 75 pieces of the HYT Skull, 50 pieces for the black titanium DLC with green skull and 25 pieces for the black titanium DLC and 5N gold for the red skull version. We hope that we are able to try one on before they will become available for the market in May 2015 during BaselWorld (or before) to show you how it will look & feel on the wrist.

Both watches come with an alligator strap and a black titanium DLC buckle. Perhaps it would have been a good idea to use a 5N gold pin buckle for the red HYT Skull but we will leave that discussion up to you and your HYT dealer. 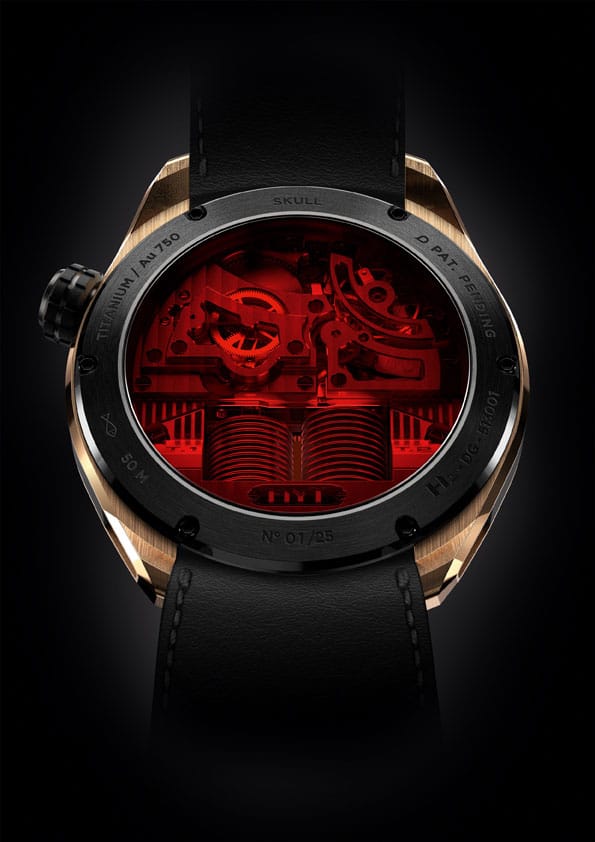 As for the movement, as already mentioned, the HYT Skull uses the same base caliber as the original H1. This hand-wound movement ticks at 28,800 bph and uses 35 jewels. The bridges of this exclusive HYT calibre are hand-chamfered and adorned with a nice Côtes de Genève finish. The bellows are rhodium plated.

The price of this HYT Skull is on request. More information can be found on the official HYT website.