Steve McQueen is a name that resonates with watch collectors the world over. From the iconic shots of him wearing the TAG Heuer Monaco and his Submariner to his tenuous yet persistent “connection” to the Explorer II 1655, the actor and part-time racing driver has helped influence the world of vintage collecting. Now, another one of his on-screen watches is getting a revival, the Benrus Series #3061. Worn in the movie Bullitt, this model is getting the full cinematic treatment for its re-release.

The Benrus 3061 has a familiar feel to it. Much like other field watches, the 3061 is of military heritage. Its mil-spec counterpart, the MIL-W-46374 was issued to American soldiers during the Vietnam War. The original 3061 is similar, with a few non-spec design cues that allow us to tell the two apart. The main difference is the red-tipped seconds hand. This pop of color adds some personality to what is an otherwise very sterile dial. A few other details, such as the case back featuring the Benrus logo, set the mil-spec and the civilian versions apart. Much like other field watches of the era, the 3061 has a 34mm diameter and is manually wound. 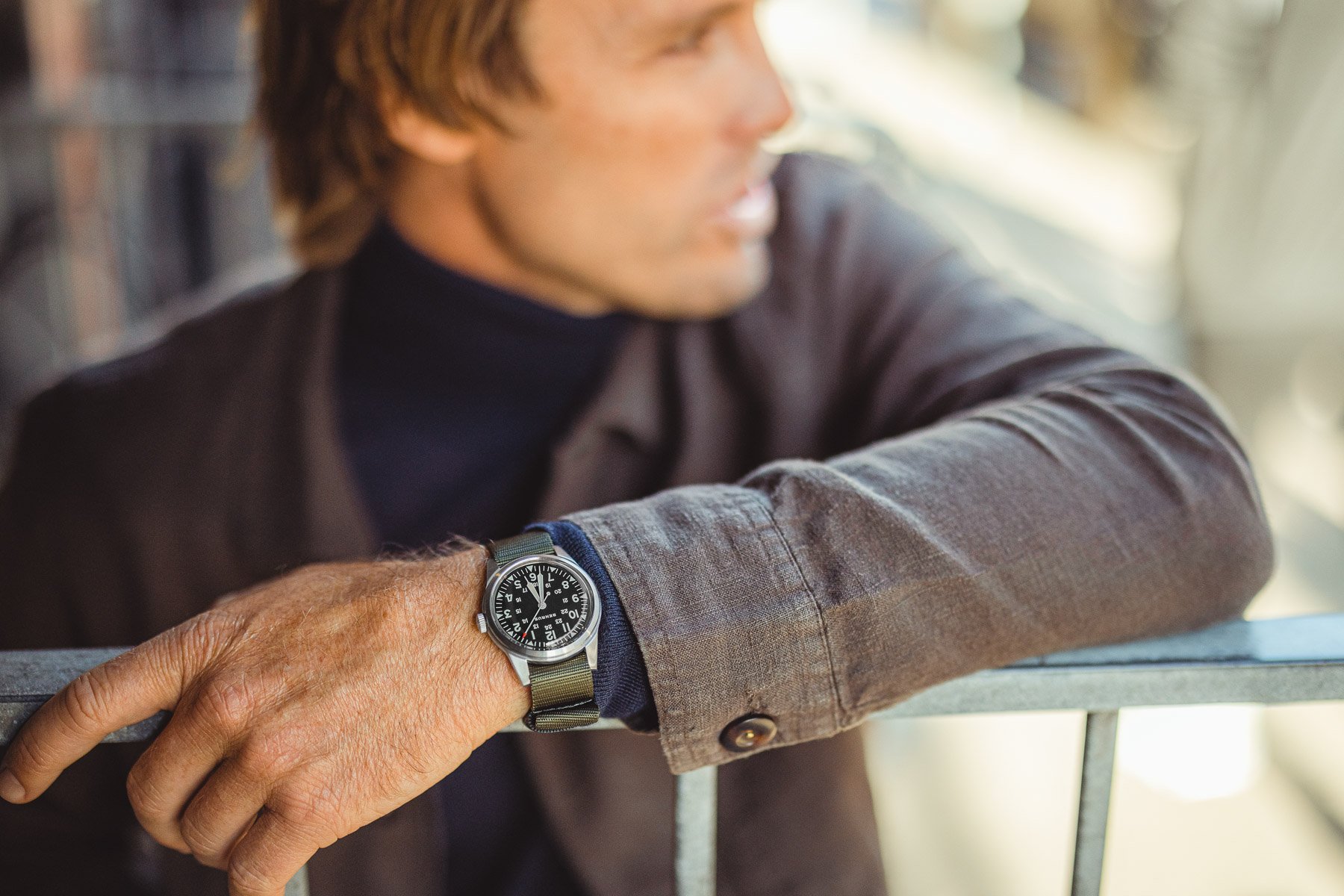 The modern Series #3061 closely adheres to the original design of the 3061. It is, however, upsized slightly to suit modern tastes and packs a modern movement as well. Some may lament the increase in case diameter to 39.5mm. Nevertheless, it will make the watch more suitable for more people. Additionally, the 48mm lug-to-lug measurement indicates that the watch will sit comfortably on most wrist sizes. The 12mm-thick case with double-domed acrylic crystal is robust enough for a tool watch without being overly thick. It also provides 50 meters of water resistance. Housed inside the case is a Soprod P024 automatic movement with a 38-hour power reserve.

The matte black dial adheres to the original military spec, featuring both large, triangular markers and Arabic numerals at each hour. There are also smaller, internal markers for military time and a peripheral minute track done in white. The hands contain C3 Super-LumiNova to provide visibility in low-light settings, and the seconds hand has the red arrow tip, which brings the whole design together. The 20mm lug spacing is ideal because this dial will work with a myriad of straps. 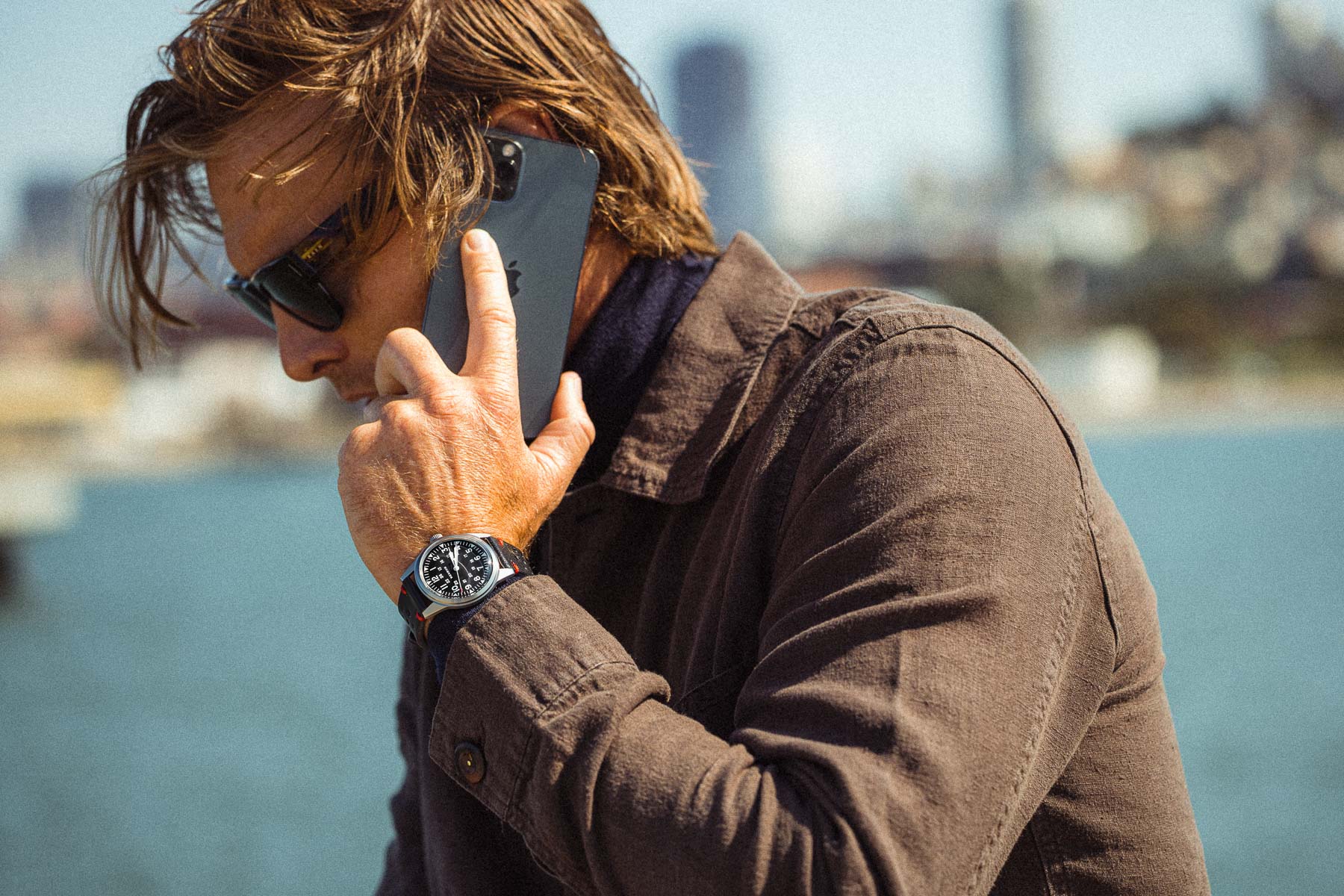 The cinematic stylings of the Benrus Series #3061

Bullitt, the film starring Steve McQueen, was released in 1968. Set in San Francisco, the film chronicles the exploits of detective Frank Bullitt as he pieces together a mobster’s plot to leave the outfit and country behind. The film is known for its car chases through the hilly streets featuring a Ford Mustang and Dodge Charger. The 34mm Benrus 3061 is strapped to McQueen’s wrist throughout the film. This makes sense given the era, the necessity for a no-nonsense tool watch, and the military heritage of the 3061’s sister model. 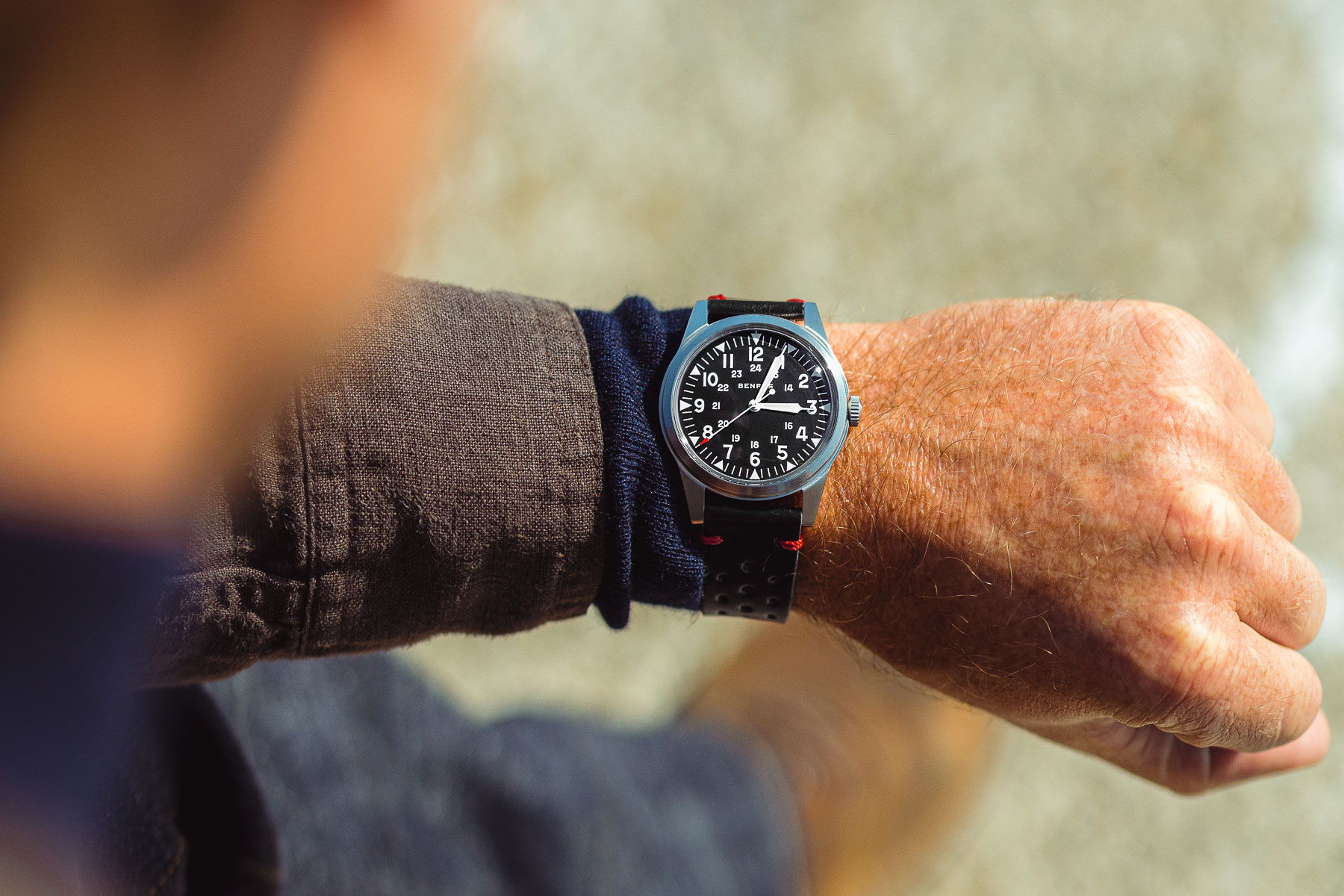 For its debut, Benrus has teamed up with Worn & Wound and the Windup Watch Shop to give the Series #3061 a proper re-release. Keying on the movie quote “Time starts now,” Worn & Wound has created an “expanded universe sequel” to Bullitt. This fan-fiction script is based on the aforementioned line from the original film and follows a new protagonist and the Series #3061 on a new exploit on the streets of San Francisco. Leaning into the classic style of the era, the Series #3061 looks just as at home on the wrist of the new “detective” as it did on Steve McQueen back in 1968. 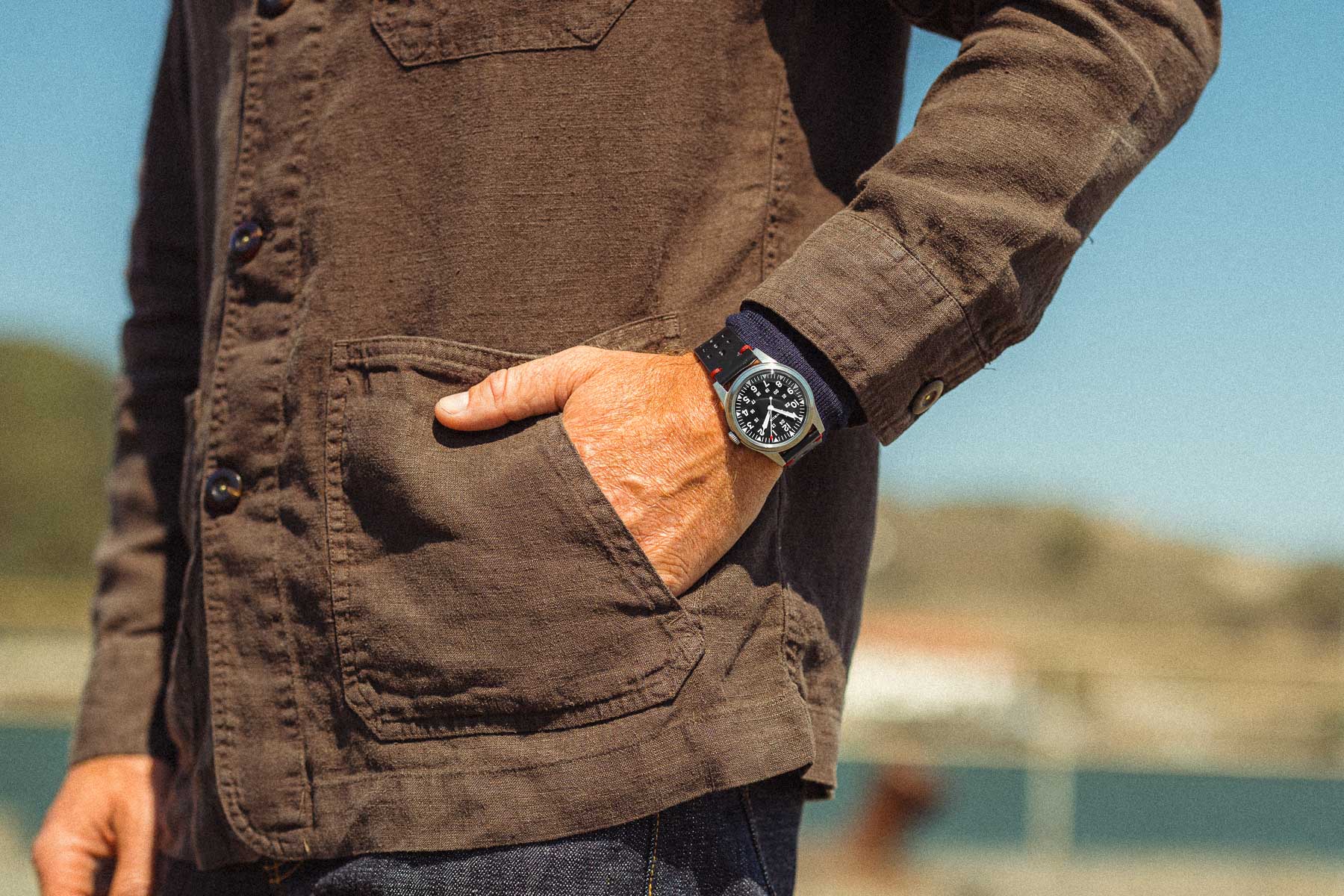 The new Benrus features heavily in the short film, as you might expect, and highlights the importance of time and punctuality in high-pressure situations. Sure, we all may have reliable timekeeping devices in our pockets, but where is the romance in that? Also, if time is of the essence, checking your wrist is much easier than fumbling for your phone, even if your pockets are readily accessible. The film is an interesting way to highlight the feature set of the new Benrus Series #3061 in a similar vein to how many of us may have come to know the original. Leaning into the cinematic provenance of the original is a fun way to reintroduce a model. 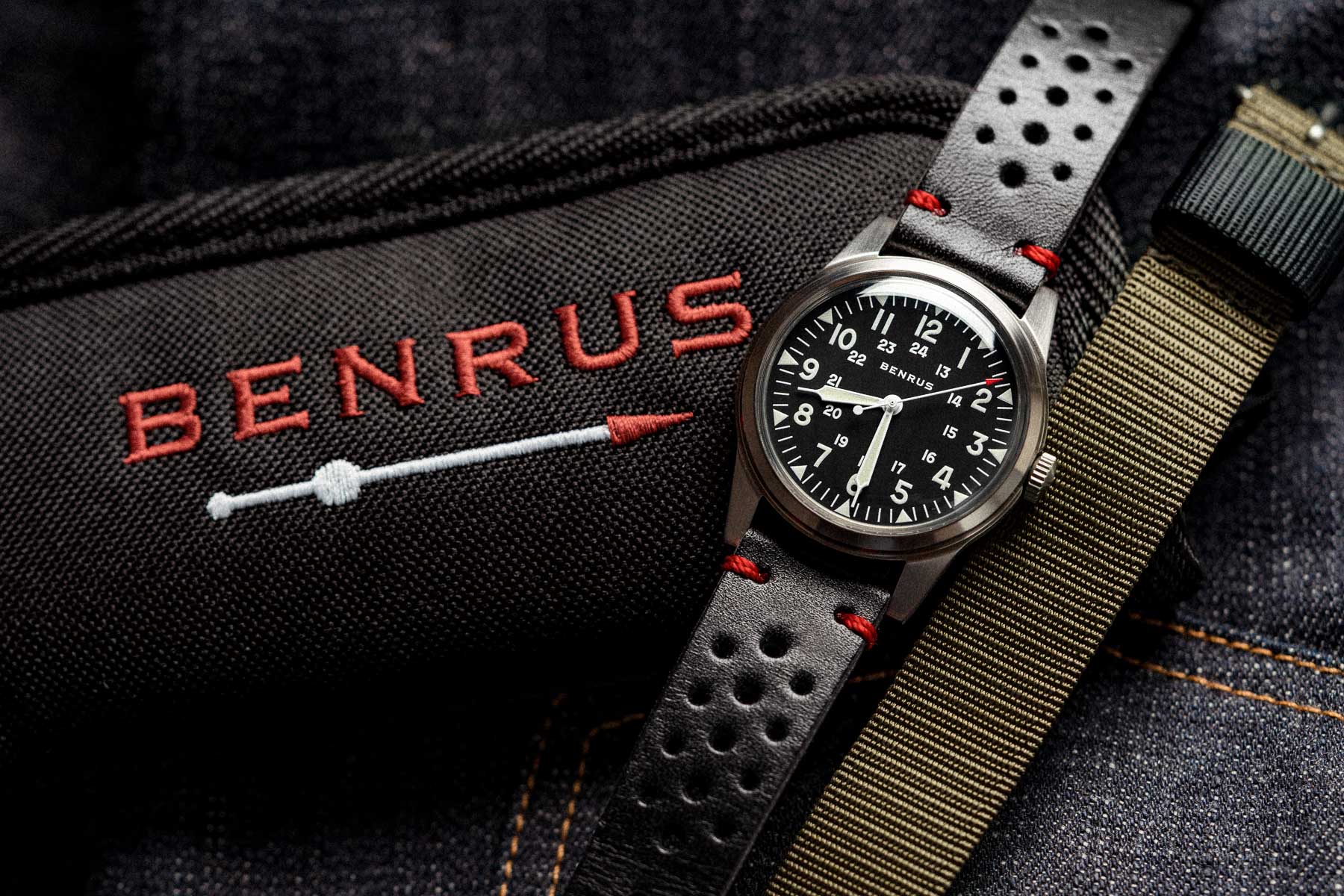 You have to hand it to Benrus and Worn & Wound; this is a creative way to launch a vintage reissue. Highlighting the film that many of us may recognize the original from provides the answer to “where have I seen that before?” immediately. Leaning into the style of the 1960s also plays well to many watch enthusiasts’ tastes. Classic designs really never go out of style, do they? 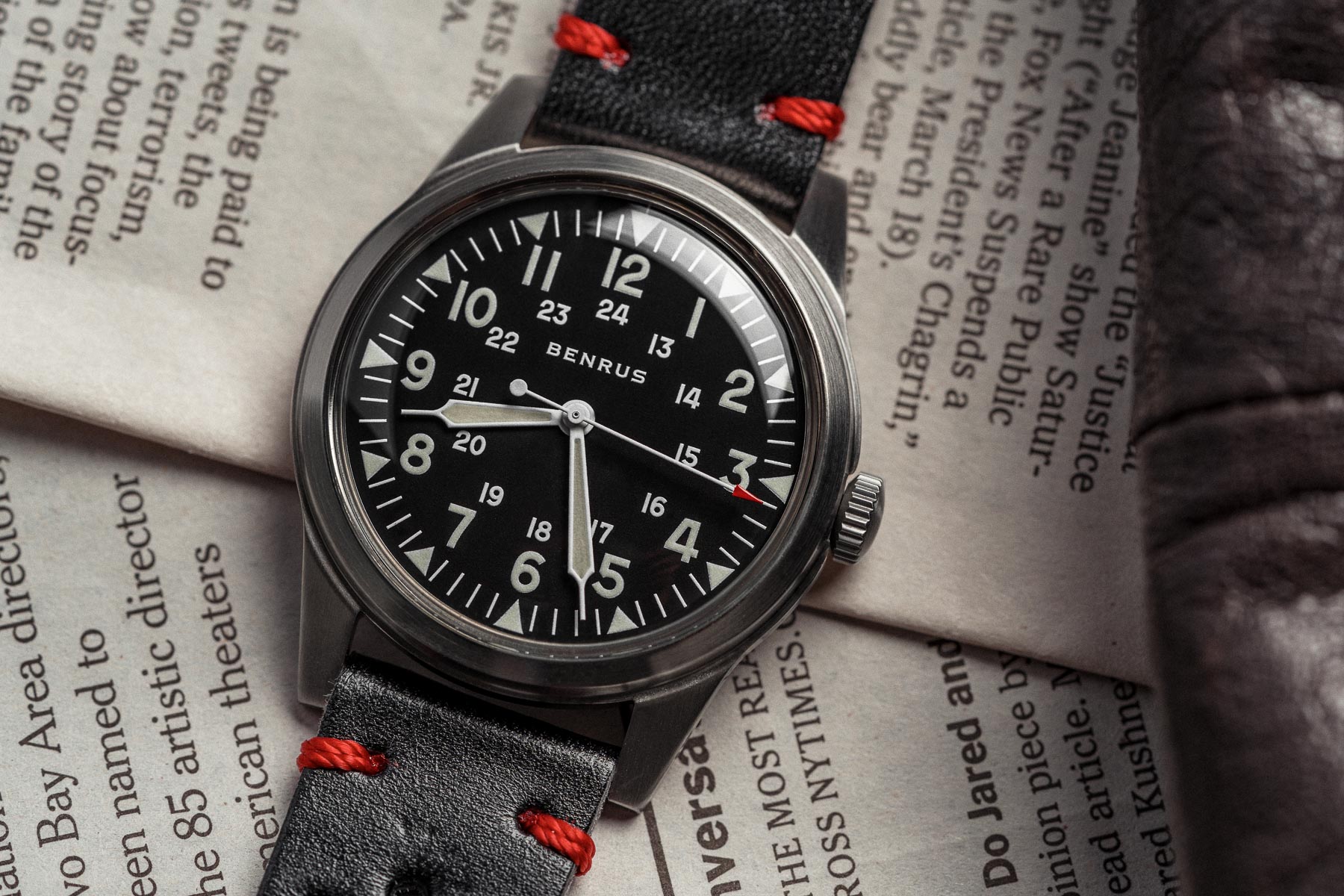 The Benrus Series #3061 might be one of the most affordable ways to channel your inner Steve McQueen these days. The Submariner 5512 that he wore and the Explorer II 1655 (inaccurately) nicknamed after him both go for well upwards of €15K. Tudor offers a watch that’s similar to the ref. 1655, albeit at a much higher price point than the Benrus. Vintage 3061s are relatively affordable, but the 34mm size and vintage movement might not be for everyone. With a price of US$595 (approx. €615), vintage styling, and modern sizing, the Benrus Series #3061 is a serious daily wearer that is both stylish and affordable.

For more information, visit the Windup Watch Shop. Let us know what you think of this release in the comments.