It’s always cool to write about a brand that’s never been featured on Fratello before. But this time, it’s even cooler, literally speaking, because Chronotechna is launching its signature SeaQuest Dive in a Frozen Deep limited edition. The brand does so as its ambassador and freediver David Vencl will try to achieve the impossible. He will attempt something that no one has ever done before. And that is to reach a significant depth below a frozen surface while wearing only a swimsuit, and taking just one deep breath. Let’s take a closer look at this Czech brand and its daredevil ambassador.

The Chronotechna brand name dates back to 1946. At that time, until the Velvet Revolution at the end of 1989, it was a state-owned cooperative that produced both clocks and watches. After the revolution, the company was privatized. But in the more open economy, the brand wasn’t able to compete with foreign brands, which were often more affordable. Chronotechna was inactive for a while until it was brought back to life in 2018. Since then, the brand has produced watches using advanced materials and Swiss movements at a fair price. And now Chronotechna launches the SeaQuest Dive Frozen Deep in collaboration with Czech freediver David Vencl. 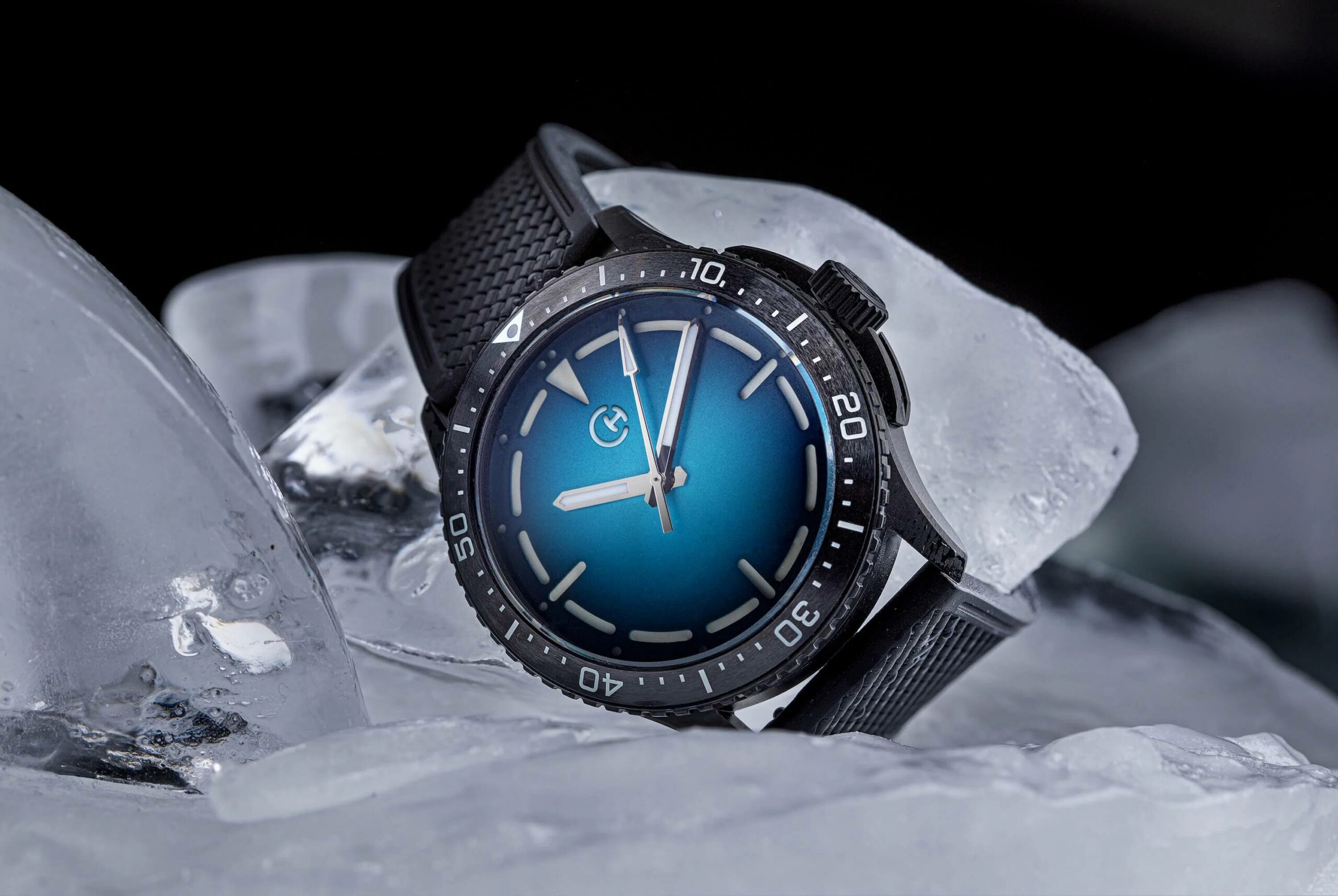 Into the deep — and cold!

In 2021, Vencl already set a record for swimming 81 meters horizontally underneath a frozen surface. He also did that with just one breath of air and without wearing a wetsuit. But this time, he’ll try to dive into the deep instead of horizontally. How deep? We will only know when he performs the dive in Zell am See, Austria in March of this year. On his wrist, he will wear the Chronotechna SeaQuest Dive Frozen Deep, and that’s certainly no luxury. Because each dive is a battle against the elements, everything has to be meticulously planned and executed. Staying too long inside the ice-cold water could be fatal. And that’s exactly where the SeaQuest Dive comes in.

As said, the SeaQuest Dive is Chronotechna’s signature model. It’s a durable, accurate, and highly legible dive watch, exactly the thing you need deep below sea level. The Frozen Deep limited edition shares most of its characteristics with the rest of the SeaQuest Dive lineup. There’s the black DLC-treated 42mm case, which is 12.36mm thick, including the AR-coated sapphire crystal. It slightly sticks out above the 120-click bezel with its brushed ceramic insert. The white numerals on it are lumed, just like the brushed and polished hands and the cutouts on the sandwich dial. And that dark blue dial is where it really gets interesting. 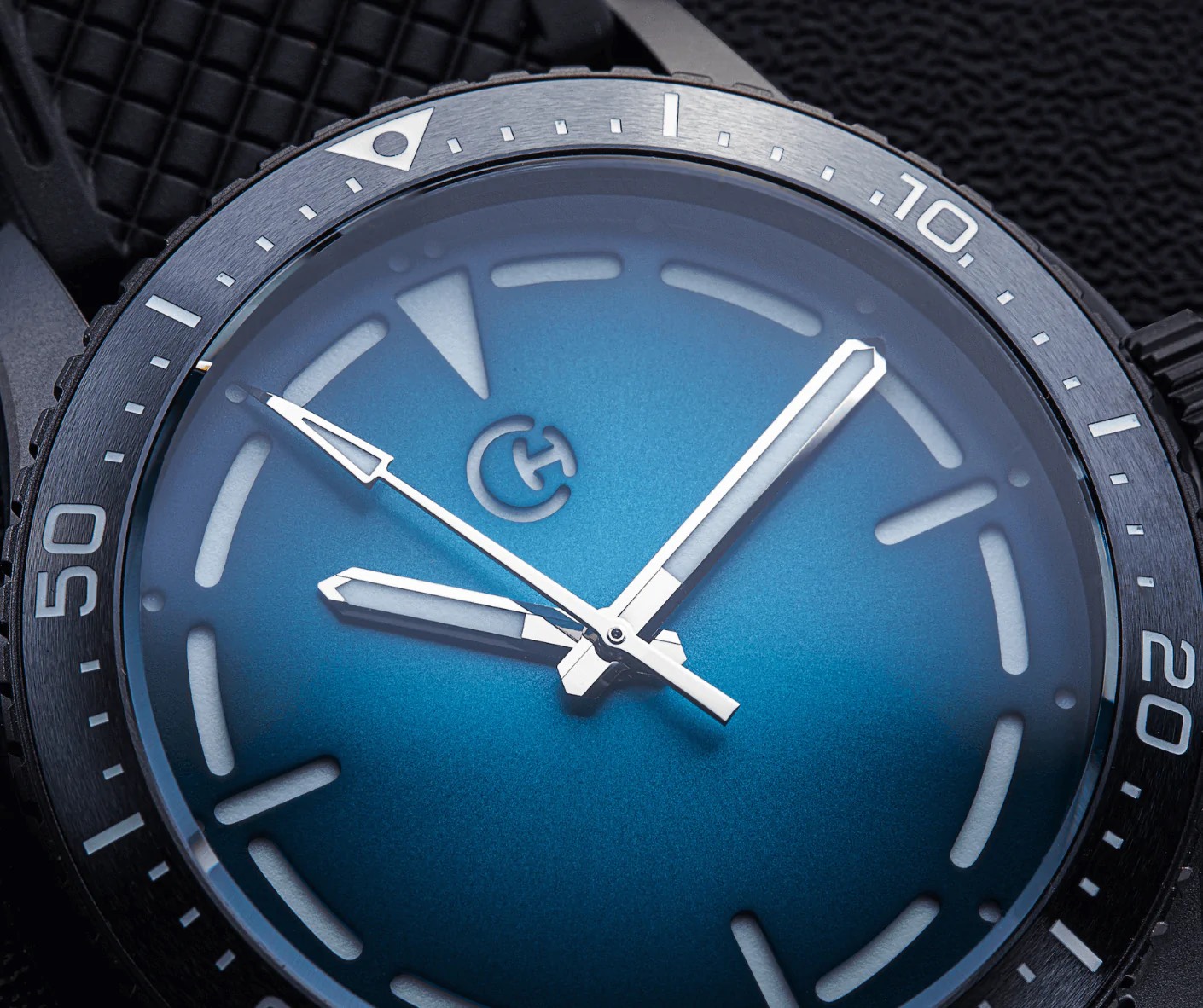 The ice above the deep blue sea

The blue gradient represents the view divers see when they ascend and look up at the frozen surface. The sunlight hits the ice and starts playing with it, which results in a beautiful deep blue spectacle. I haven’t actually seen the watch in person, but it looks very well done. It reminds me of the dial of the Zodiac Sea Wolf Topper edition in blue that I used to own. It was just as soft and mesmerizing to look at. I bought that watch exactly because I was looking for the most beautiful blue dial out there, so I can’t hide my excitement about the SeaQuest Dive Frozen Deep’s dial here either. 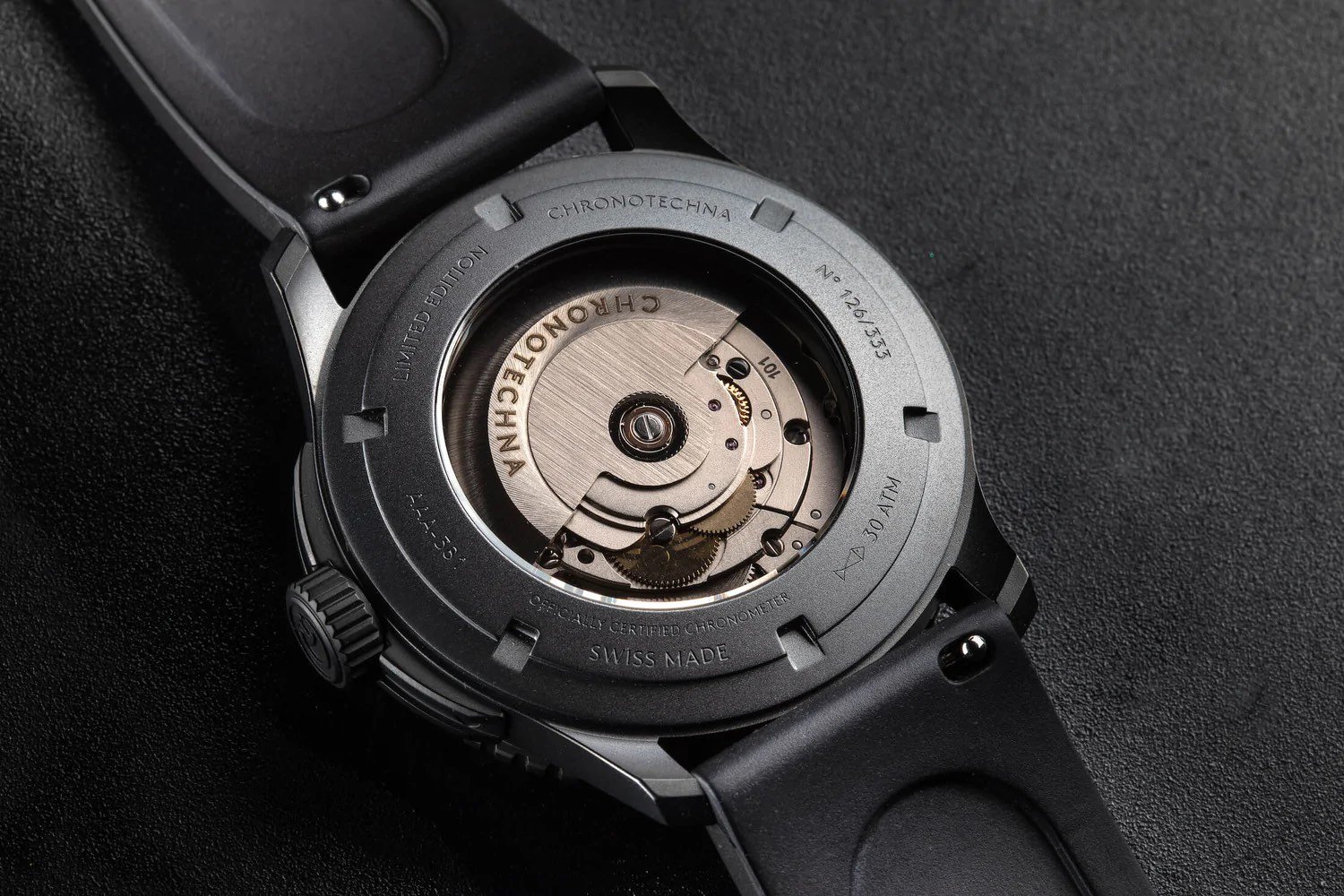 But apart from having great looks, the Frozen Deep is also a very capable watch. The tough-looking and screwed-on crown guards will protect the screw-down crown from lateral knocks. The watch is also water resistant to a depth of 300 meters. Let’s hope that will be sufficient for Vencl. Through the transparent case back of the SeaQuest Dive Frozen Deep, you’ll see the renowned Sellita SW200-1 automatic movement. It has been certified by the COSC as a chronometer, so it should run accurately within +6/-4 seconds per day. The watch comes on a black FKM rubber strap from Zuludiver, which was chosen to hold up well in the harsh conditions of Vencl’s record attempt. 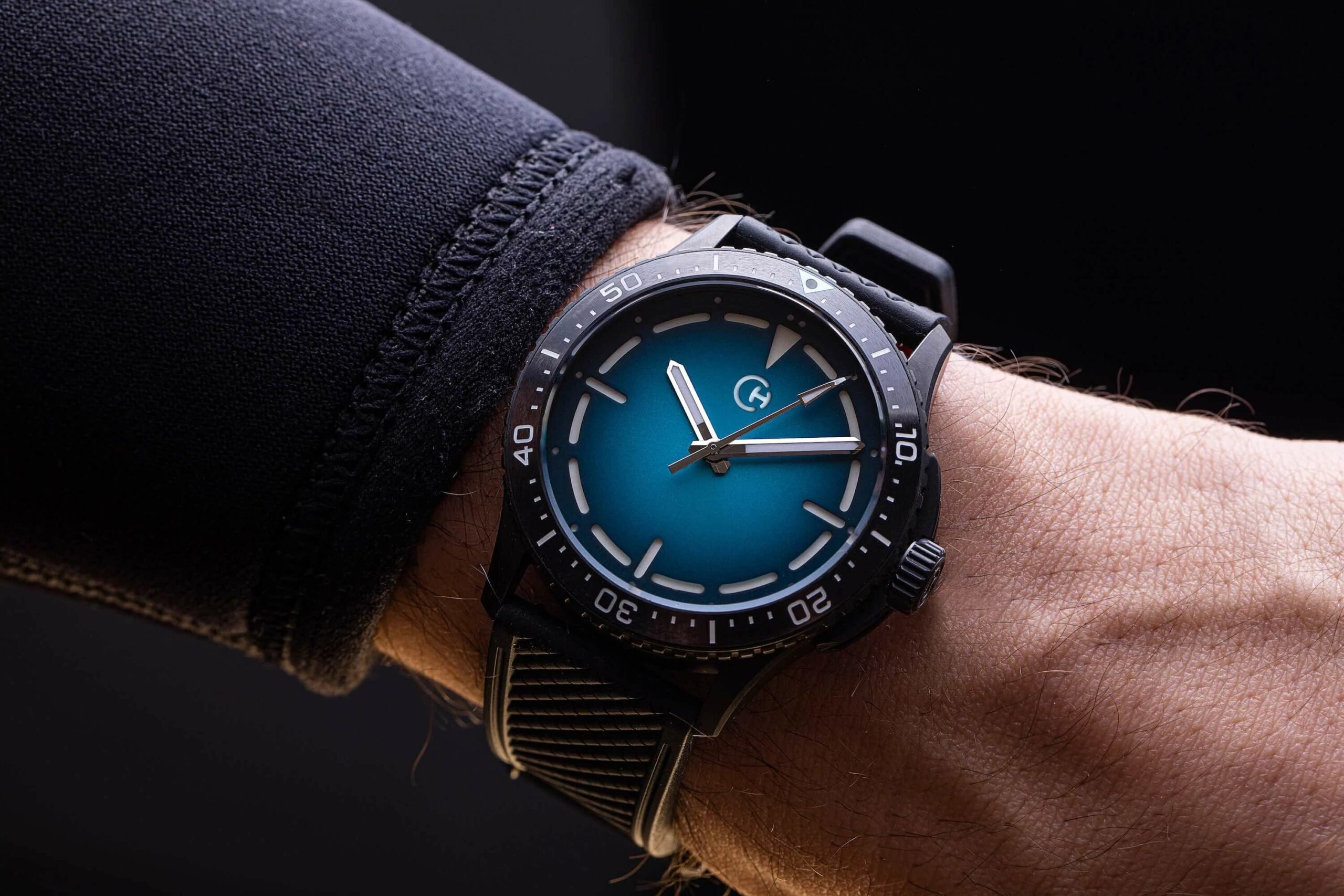 I’ve said this before, and I’ll say it again: I’m not a fan of blacked-out watch cases. However, knowing a little bit about the background story and seeing the case in combination with that spectacular deep blue gradient dial, it totally makes sense. I also really like that the ceramic bezel insert is brushed. I think that should be the standard finish on any watch with a ceramic bezel. Without that, it just looks like a shiny piece of plastic. 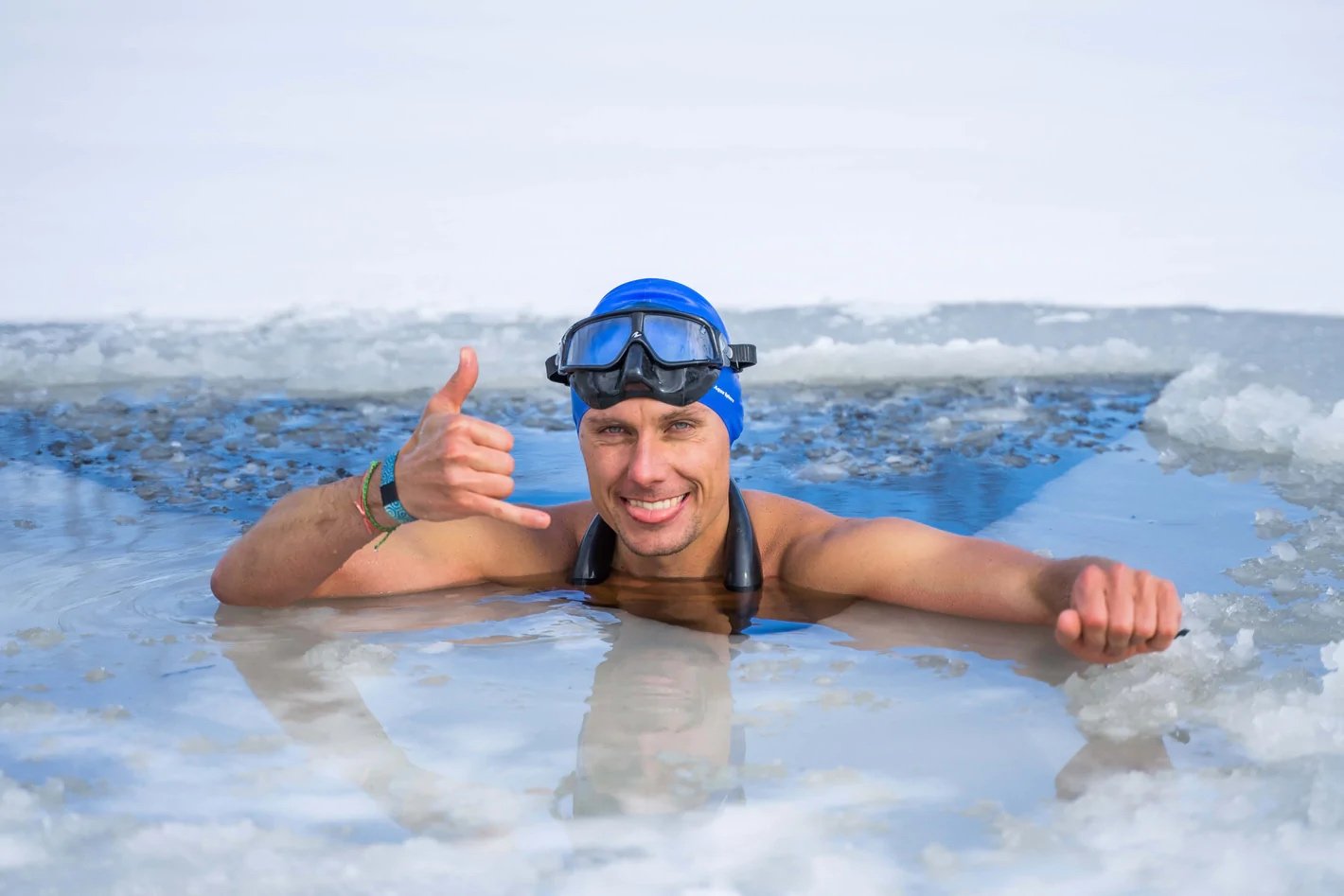 The Chronotechna SeaQuest Dive Frozen Deep limited edition was officially launched on January 19th, 2023. That should be right on time to sell them and provide some moral support before David Vencl’s record dive in March. Only 15 pieces will be made, and one can be yours for €1,490 (excluding VAT). For more information, please check out the official Chronotechna website.

Let me know in the comments what you think about the Czech brand and its all-new SeaQuest Dive Frozen Deep.