The year 2023 marks the 25th anniversary of Grand Seiko’s caliber 9S. Today, we celebrate said anniversary with the introduction of the Grand Seiko SBGH311 and SBGR325 models. These two new watches pay tribute to the original 1998 release in which the caliber 9S debuted. Both models feature dials inspired by the brand’s favorite geographical feature in northern Honshū, Japan — Mt. Iwate. In fact, it’s not the mountain itself but rather the sky around it that has lent its beauty to adorn the dials of these two latest creations from Grand Seiko. But before taking a closer look at the watches, it’s only right to remark upon the importance of the anniversary they exist to celebrate. Back in 1998, Grand Seiko built the 9S movement. A clean slate, it was built from scratch and designed to offer accuracy beyond that which the brand had previously achieved.

Since then, we have witnessed the evolution of the 9S movement. Over the past two and a half decades, Grand Seiko improved upon the original 9S. New materials helped improve performance, and small modifications allowed it to serve different purposes. Ultimately, this culminated in the 2020 creation of the caliber 9SA5. The original 9S movement debuted in a wristwatch designed by Grand Seiko’s lead designer Nobuhiro Kosugi and his team. This watch was designed to be both beautiful and practical, an everyday object with a sense of understated beauty stemming from the impressive craftsmanship that went into its creation. Grand Seiko now pays homage to the original with the SBGH311 and SBGR325, featuring the same wonderful case design and wearable dimensions as the 1998 model. 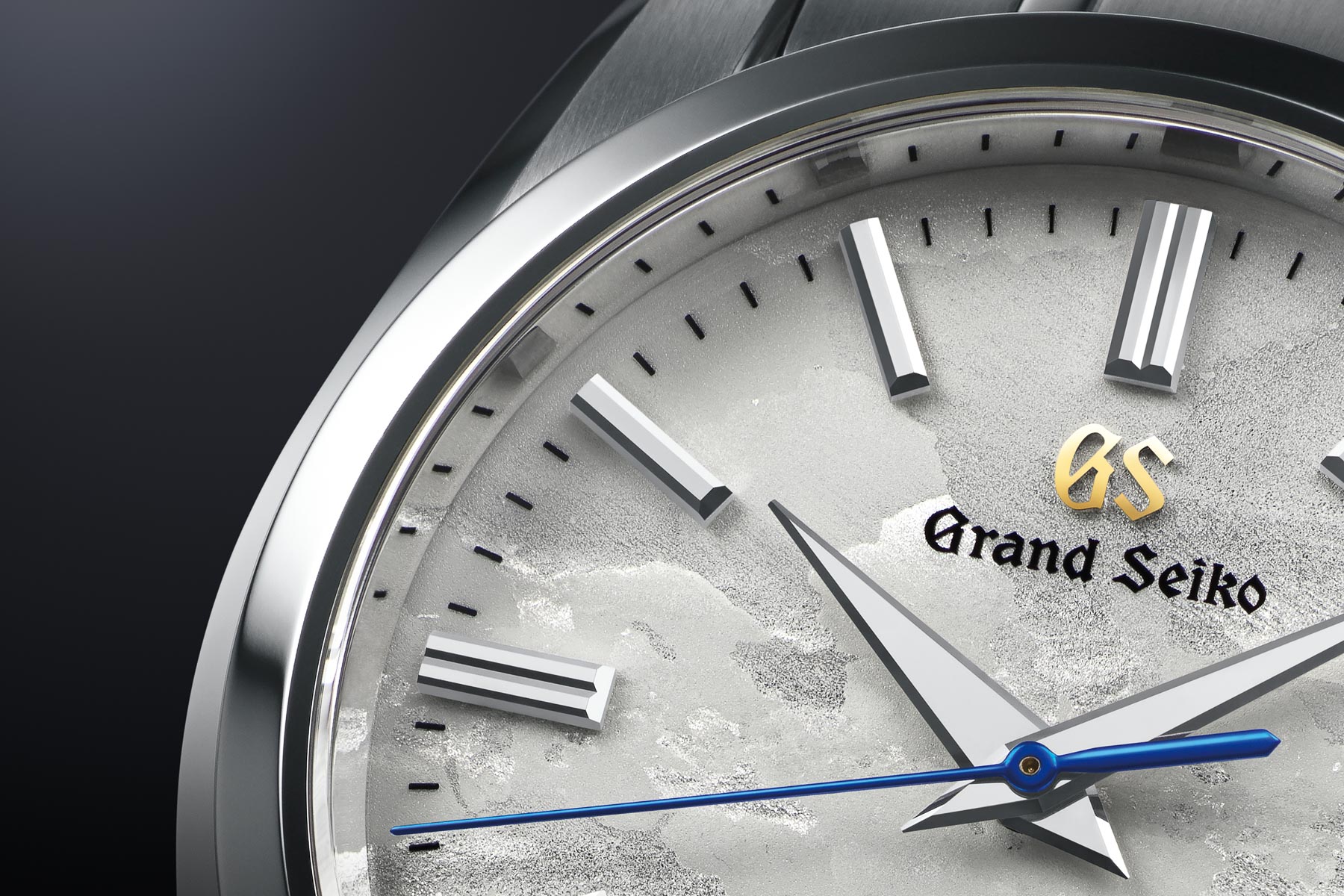 The first of the two models that we’ll take a look at is the SBGH311. This silver-dialed timepiece takes inspiration from the “sea of clouds” phenomenon, which occurs at dawn on windless, cloudy days in Iwate Prefecture. I have never been fortunate enough to witness this myself. Nevertheless, it doesn’t require much imagination to see how the dial echoes the silvery overlapping texture of a cloudy sky. The golden Grand Seiko logo at 12 o’clock and a blued seconds hand provide the only hints of color on the dial. 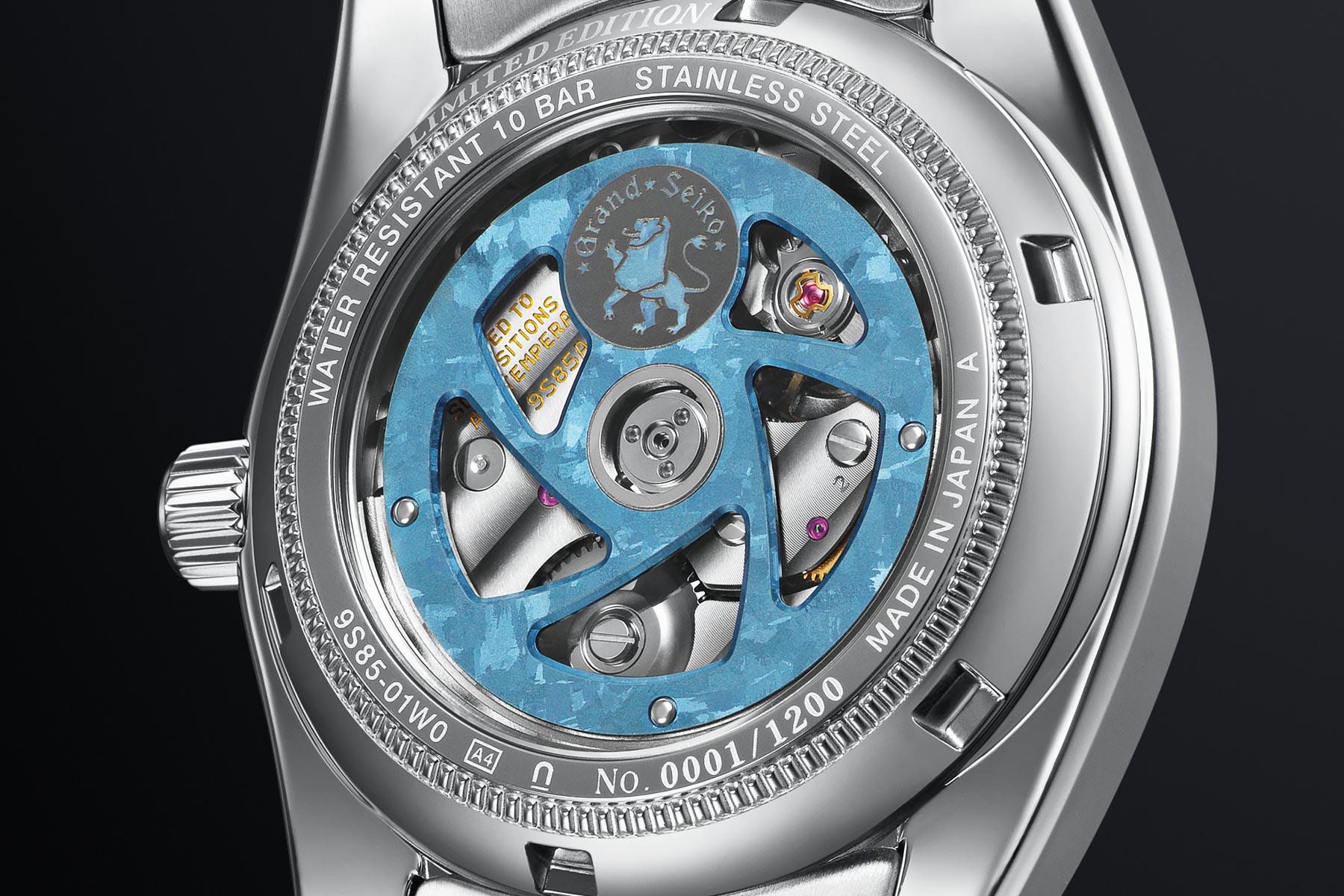 If you flip the 37mm case over, you’ll see another colorful element. The Hi-Beat 36000 automatic mechanical caliber 9S85 inside the watch features an icy blue titanium rotor weight. Achieved through an anodic oxidation process, the color was specially conceived for this watch. It gives the rotor the look of a deep blue sky above the clouds. 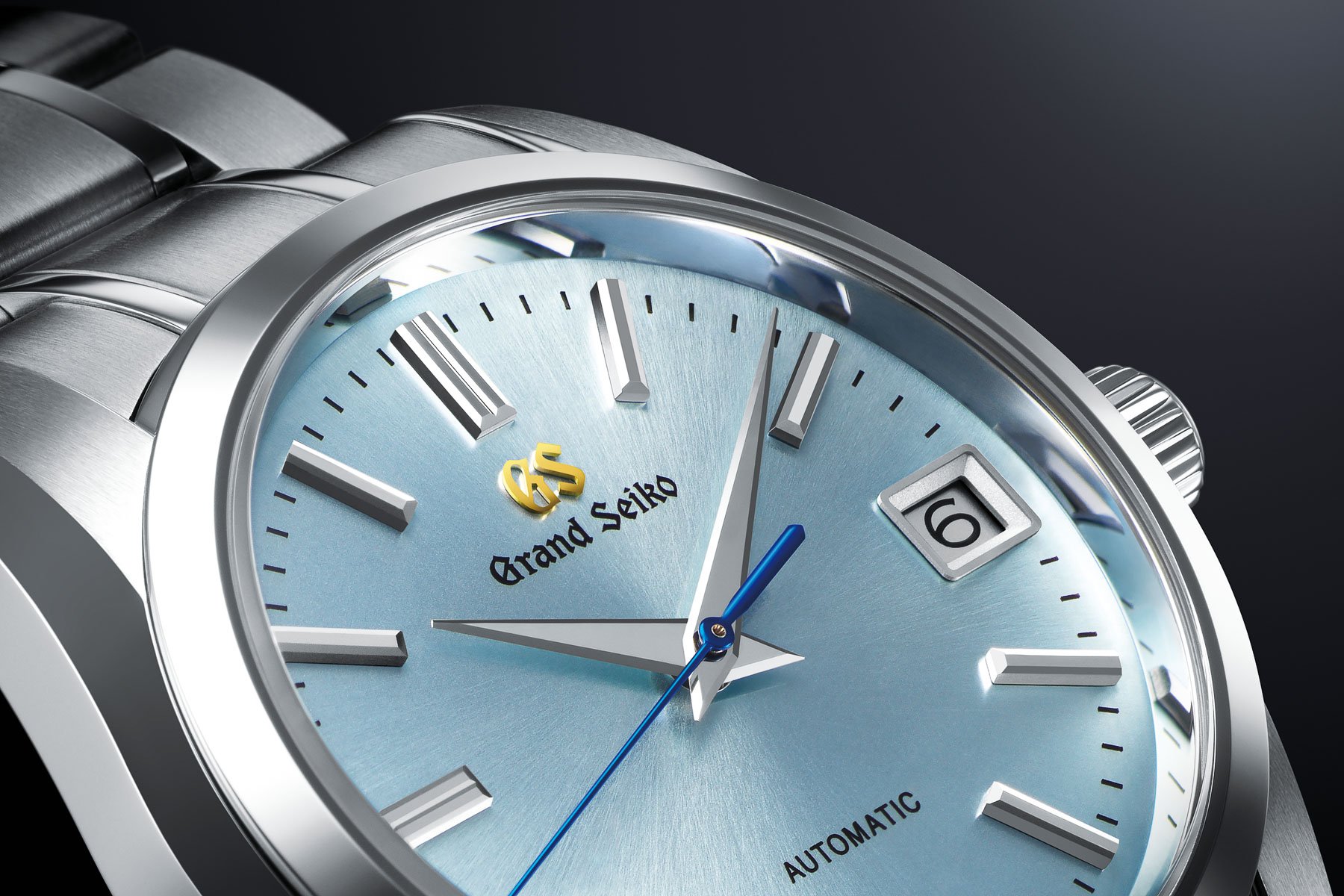 The second model introduced today is the SBGR325. This time, it’s a crisp and clear day which inspires the watch’s dial. As Grand Seiko puts it, “The second timepiece features a blue dial, expressing the clear and broad sky seen from the top of Mt. Iwate, transporting wearers to Iwate Prefecture, the home of Grand Seiko mechanical watchmaking. Its striking sunray finish reflects light from every angle, creating a stunning azure backdrop for the diamond-cut hour and minute hands and indexes.” The same blued seconds hand sweeps over the dial, and a golden Grand Seiko logo commemorates the 25th anniversary of the 9S caliber. 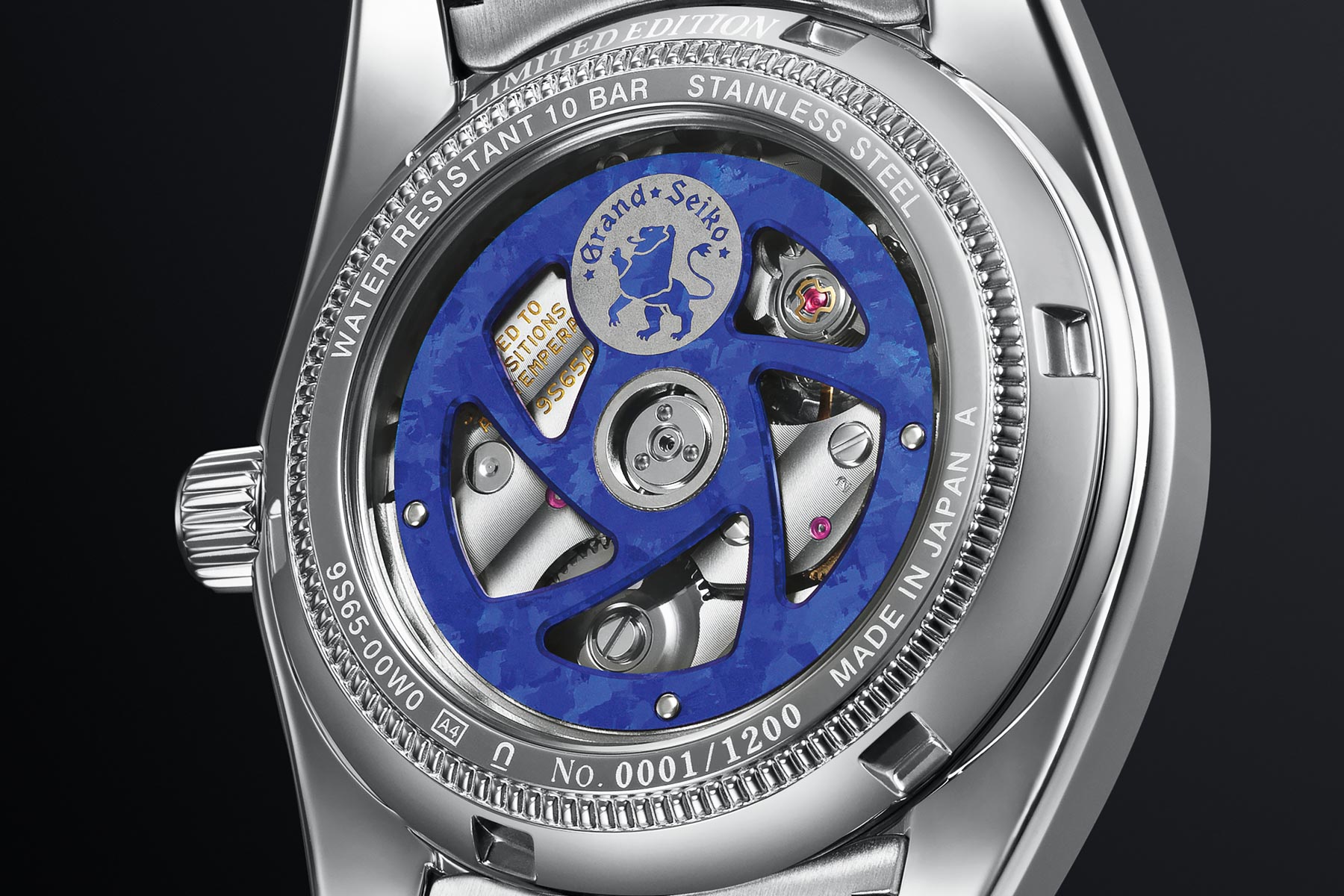 This time, however, flipping over the 13.3mm-thick case reveals a darker blue titanium rotor. The color is achieved using the same anodic oxidation process and is visible through the sapphire case back. Unlike its high-beat counterpart, the SBGR325 is powered by the 9S65 movement.

This first Grand Seiko release of 2023 is a wonderful tribute to the brand’s watchmaking past. The Grand Seiko SBGH311 and SBGR325 both feature the same stainless steel case and bracelet. At 37mm in diameter and 13.3mm thick, they not only hit the sweet spot for wearability but are also both a fitting tribute to the 9S, a workhorse movement and platform upon which the brand has built some of its finest calibers. Both watches are water-resistant to 100 meters and have the same AR-coated dual-curved sapphire crystal. The high-beat 9S85 caliber in the SBGH311 provides a power reserve of 55 hours, whereas the 9S65 movement in the SBGR325 has a three-day power reserve.

Finally, I’d love to know your thoughts! What do you think of the two first releases from Grand Seiko in 2023? Are you already falling into temptation? Or will you bide your time and wait for what’s to come? Let me know in the comments below.