Oris just unveiled their new Big Crown ProPilot X Calibre 115 in Shanghai. Our own Bert Buijsrogge is there on location to shoot the watch and join the unveiling, but we are happy to already show you some images.

The new Oris Big Crown ProPilot X Calibre 115 is their latest masterpiece and shows what they are capable of. With this watch, Oris wants to show what all of their other watches have lead to so far. They also took their earlier introduced caliber 110 movement and fully skeletonised it for this special Big Crown ProPilot X Calibre 115. Nothing is actually hidden, everything is being shown to the wearer of the watch. 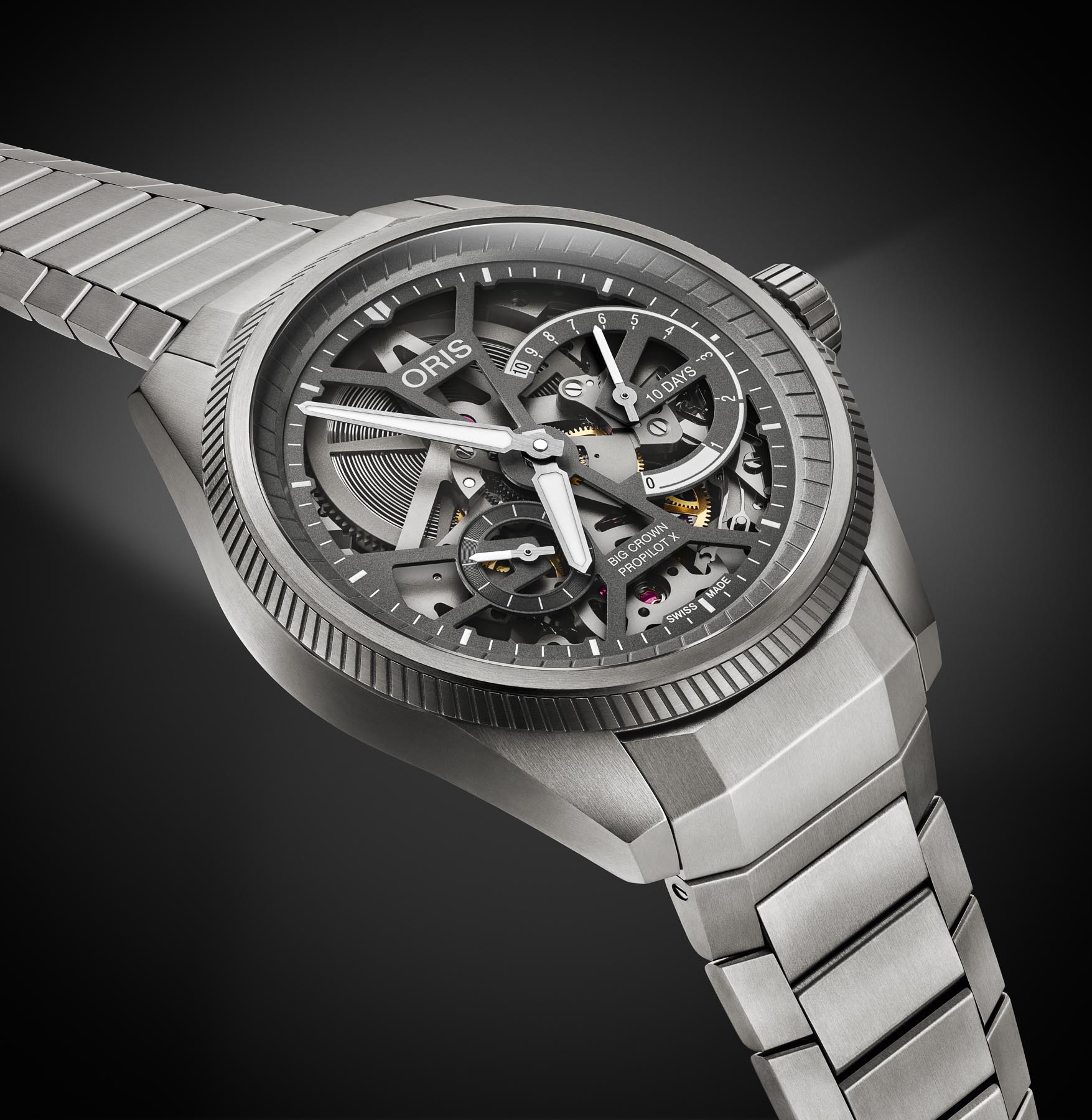 Interesting to see is that the skeletonised bridges of the Calibre 115 are matt grey, and not polished or engraved. Edges have not been chamfered or bevelled, it is all ‘raw’. Or, as Oris claims, ‘they have been left in their natural state’. This is also being reflected in the 44mm case of the Oris Big Crown ProPilot X Calibre 115, it is bold and is inspired by Oris’s pilot’s watch history as well as the future of mechanical watchmaking. All made of titanium, with a brushed finish but adopting the design of one of their 1938 classics. As you can see, the bezel has been inspired by the jet engine turbine blade motif that was introduced already a few years ago.

In Shanghai, Oris’s CEO Rolf Studer introduced this new incredible Oris masterpiece to local press as well as journalists from all over the world. Oris wants to connect this watch with nature, showing the concept of mechanical watchmaking by simply not hiding anything from the watch. 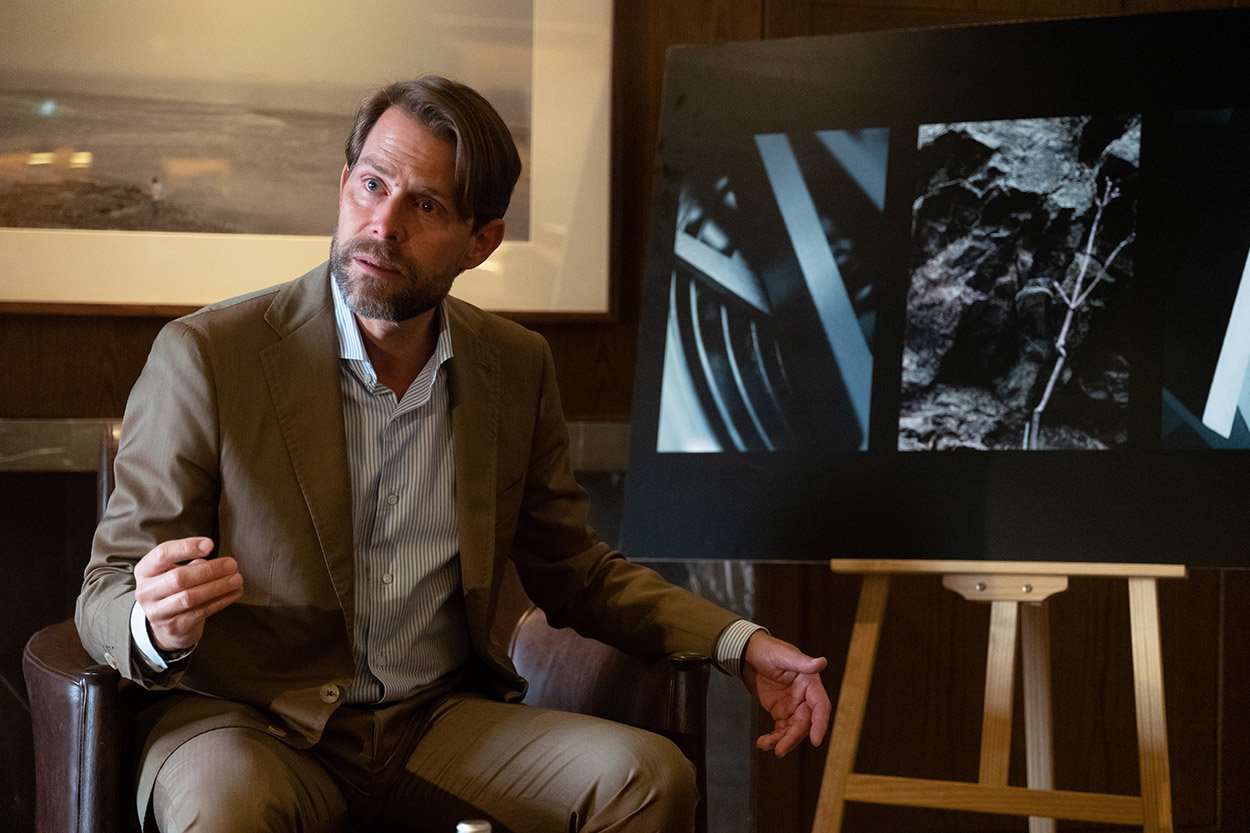 We will shortly come with a hands-on review of this watch, but just to share already some details with you:

The Oris Big Crown ProPilot X Calibre 115 has a hand-wound movement with 10-days of power reserve, based on their caliber 110 movement. The dial is complete skeletonised and shows the hours, minutes, seconds and the power reserve indicator. A titanium screw-down crown ensures water resistance for this watch (100 meters). All hands and indexes are filled with Super-LumiNova. The case back of the watch also shows the caliber 115 movement, using a sapphire crystal.

It took Oris about 2 years of development, according to their Chief Operating Officer Beat Fischli. The Big Crown ProPilot X Calibre 115 is a watch that demonstrates Oris’s skill to create and design in-house movements and work on them (such as skeletonisation). 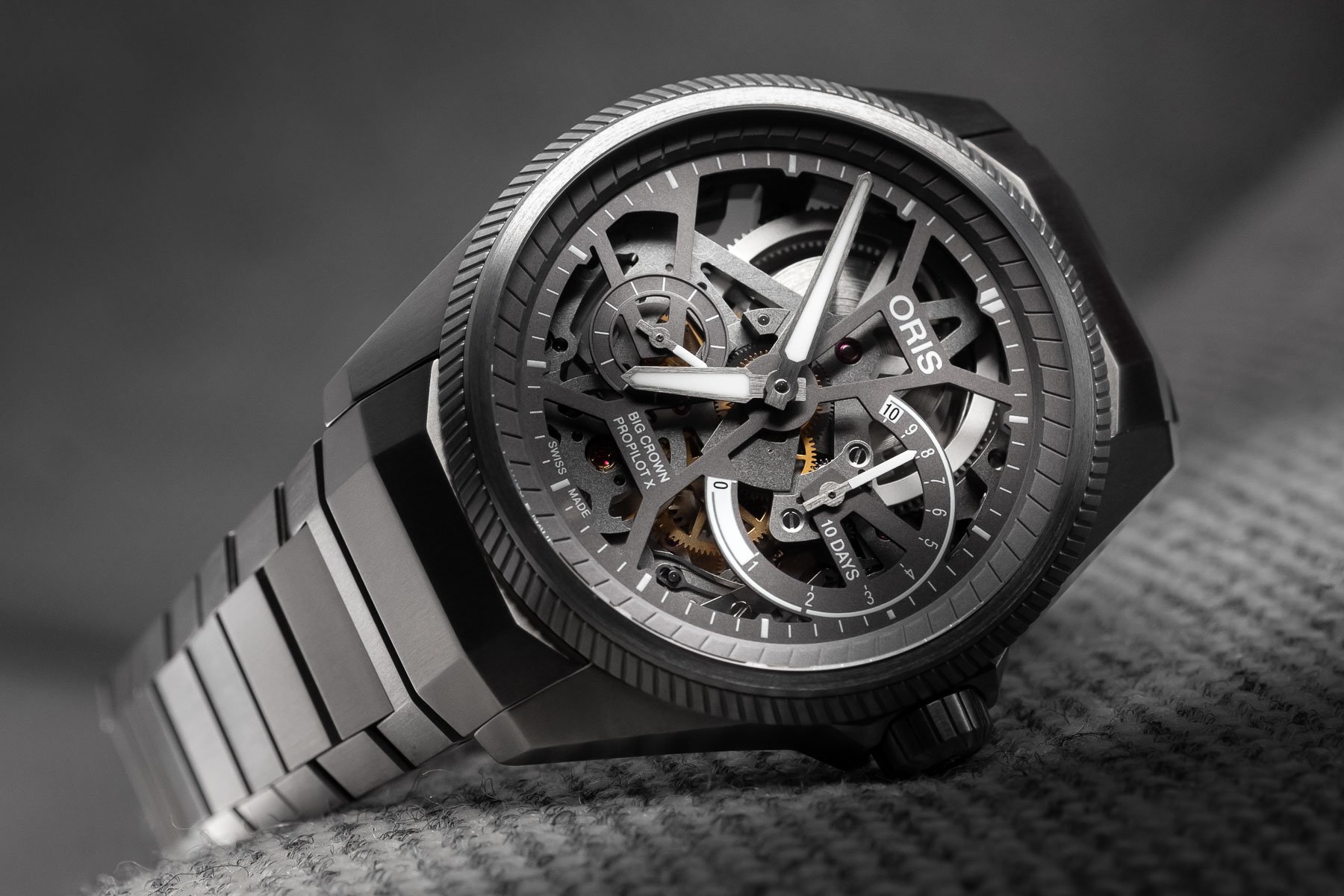 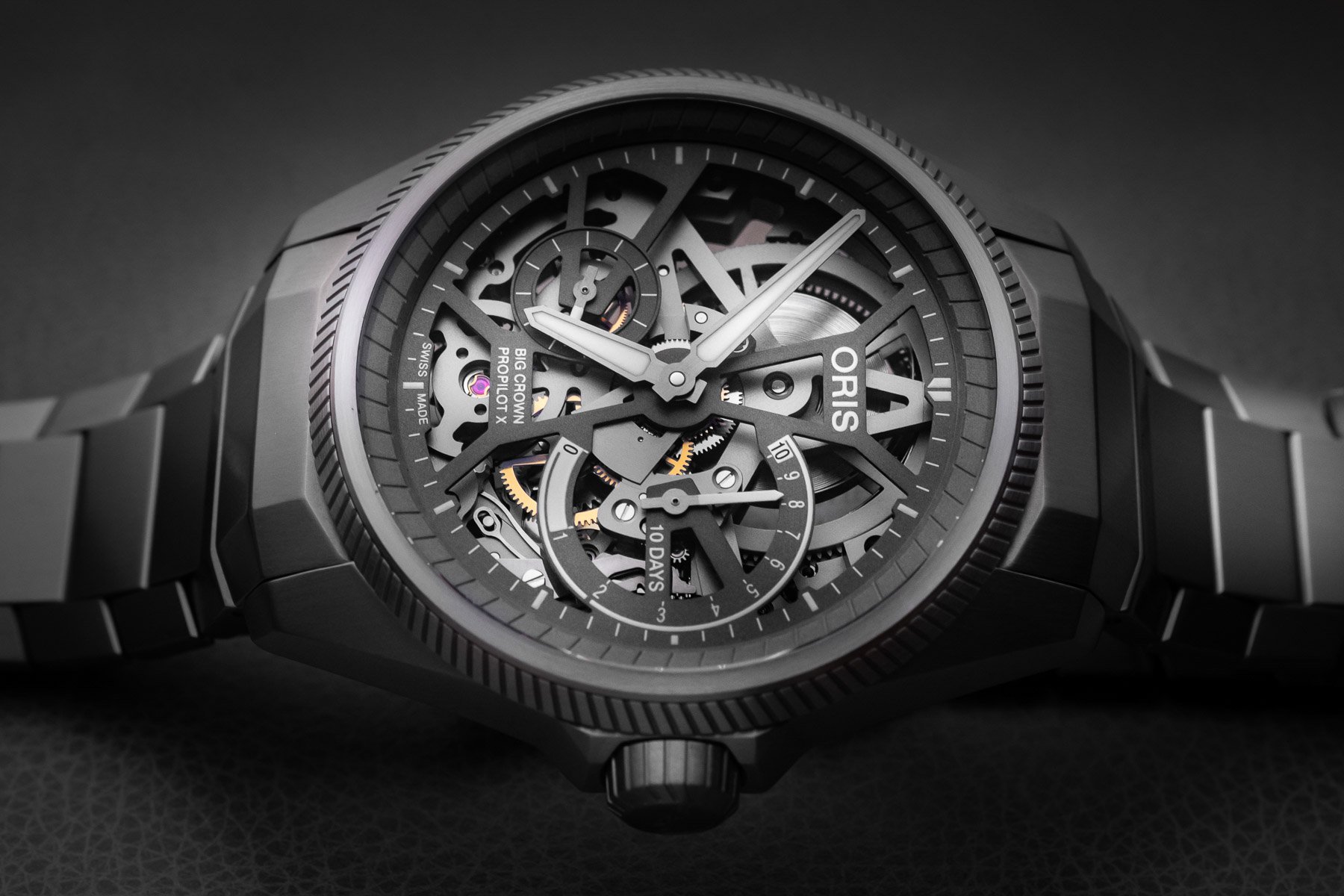 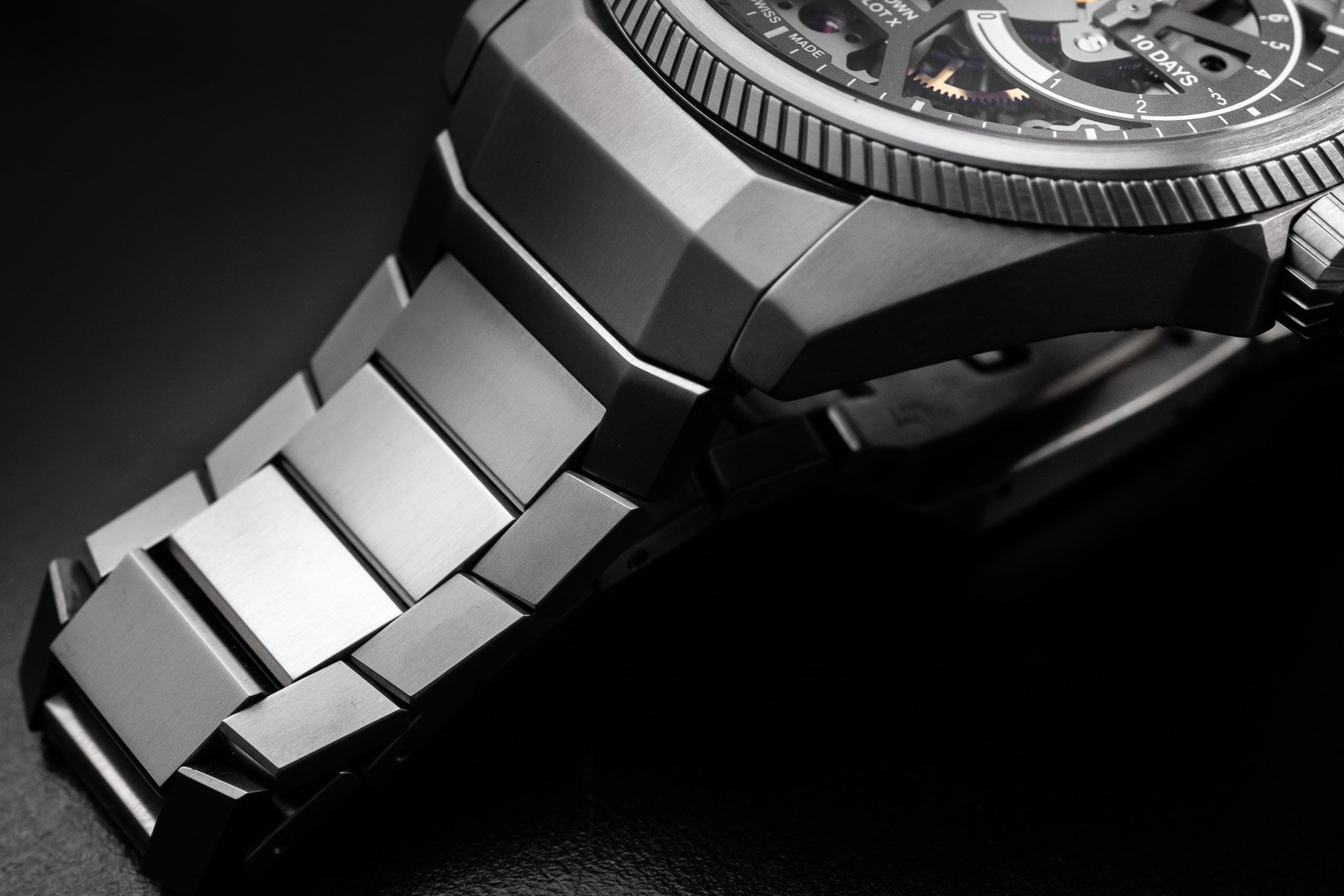 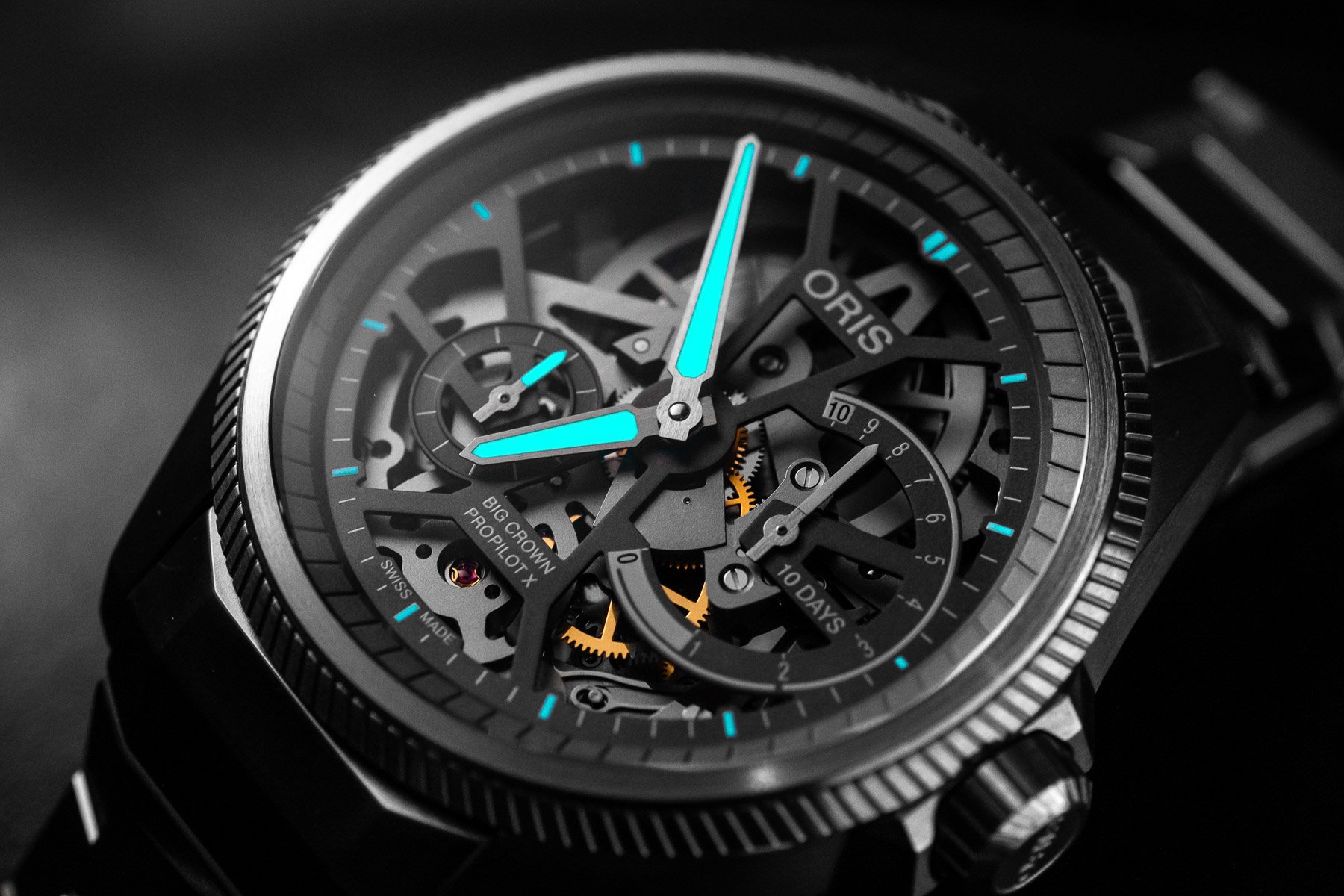 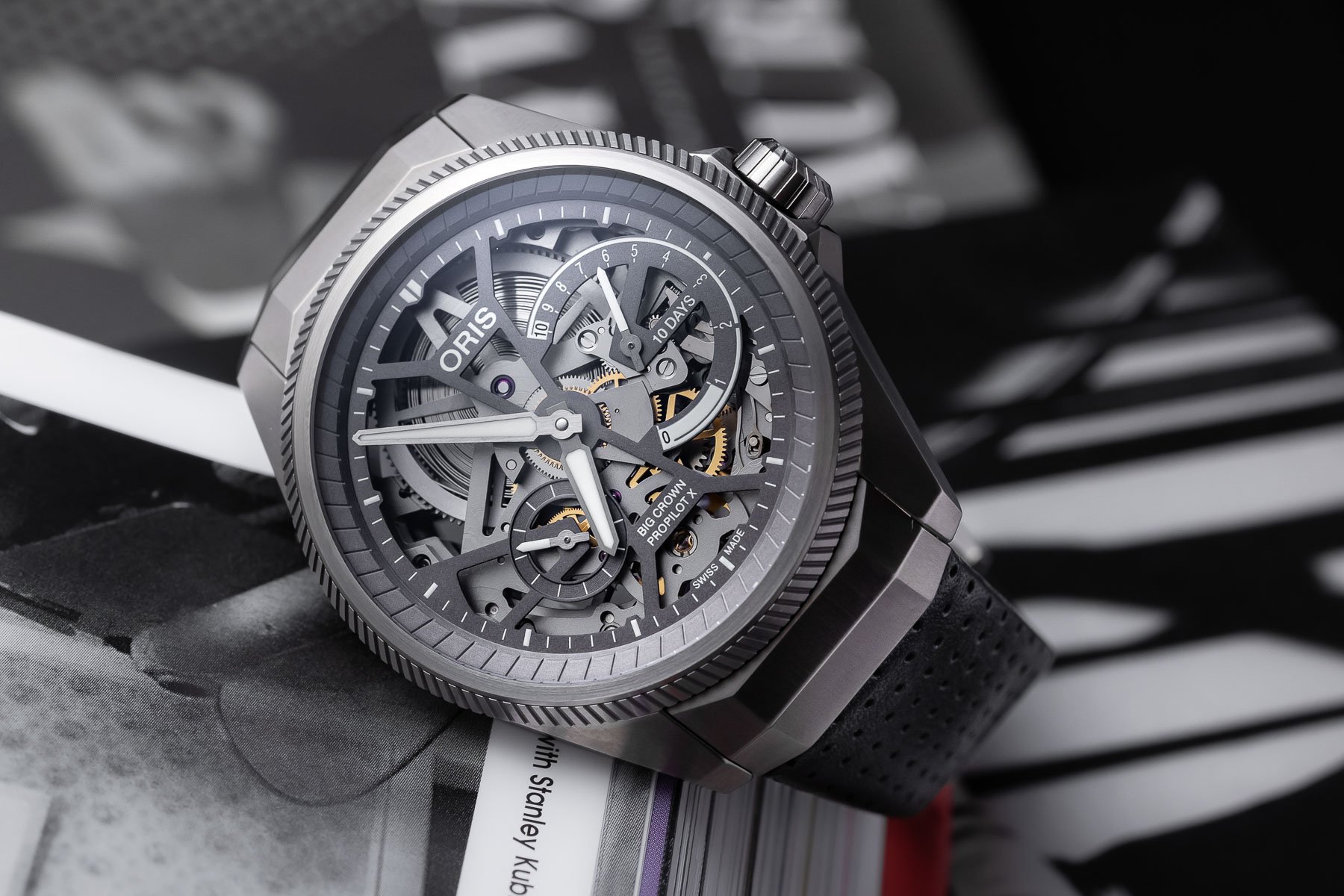 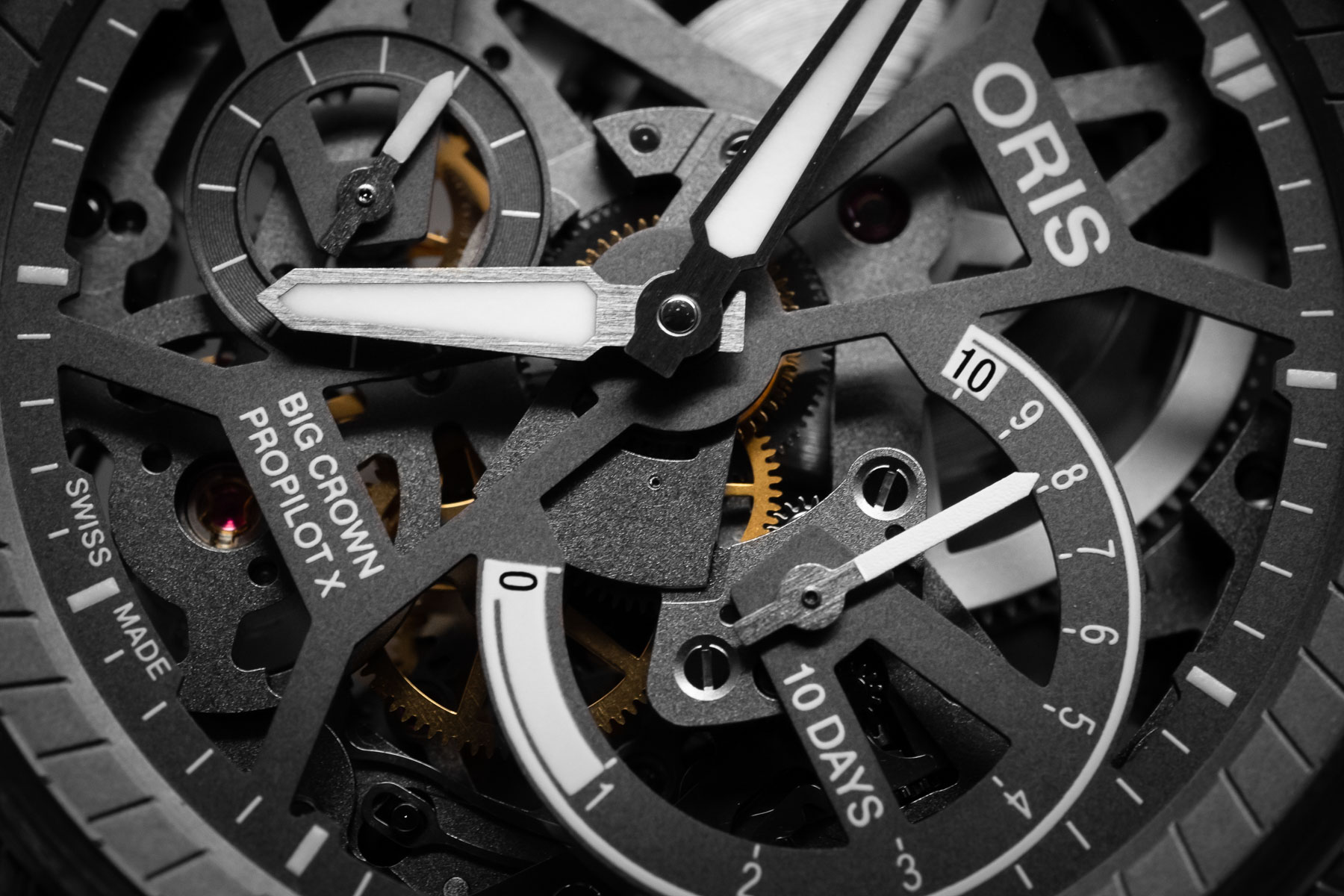 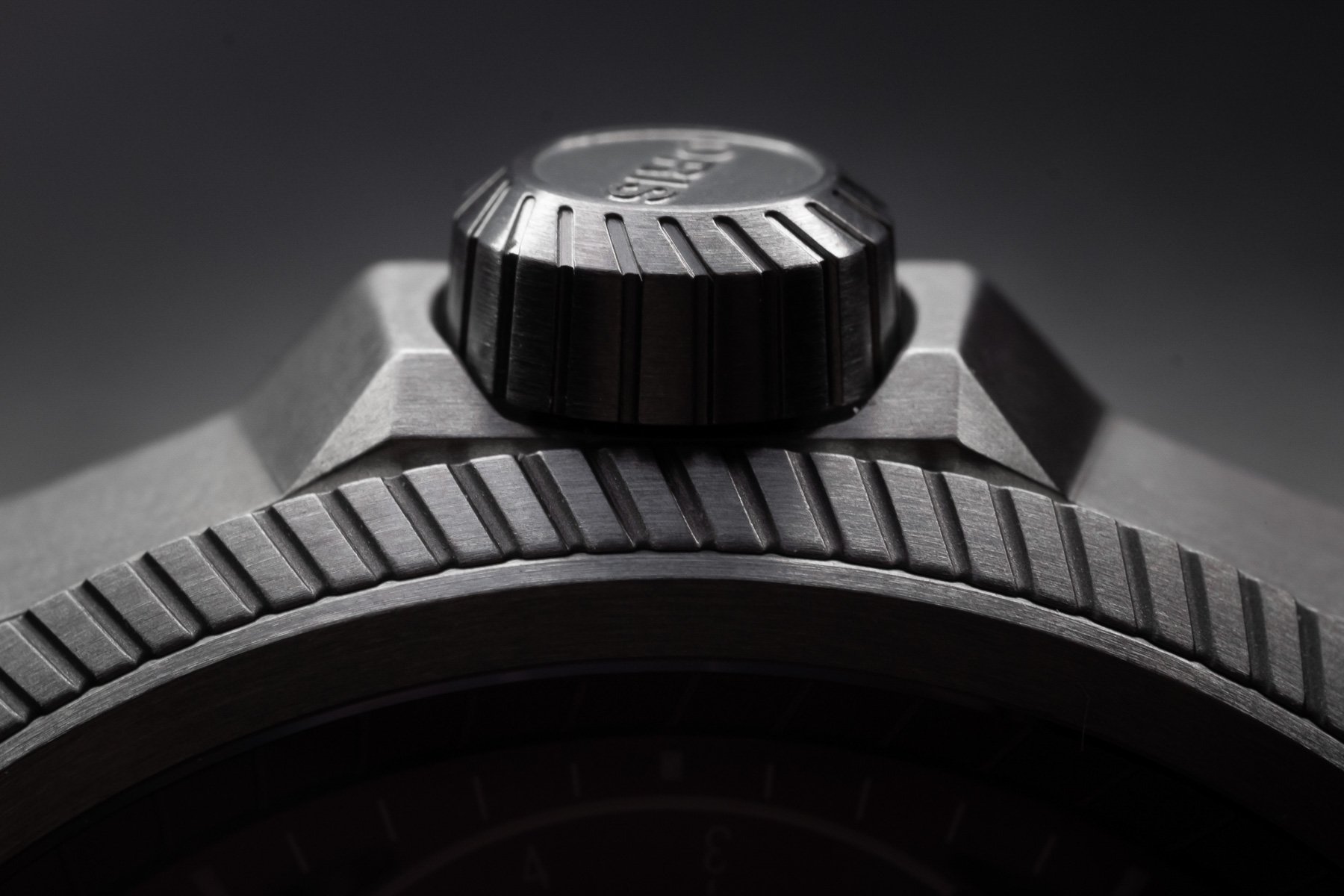 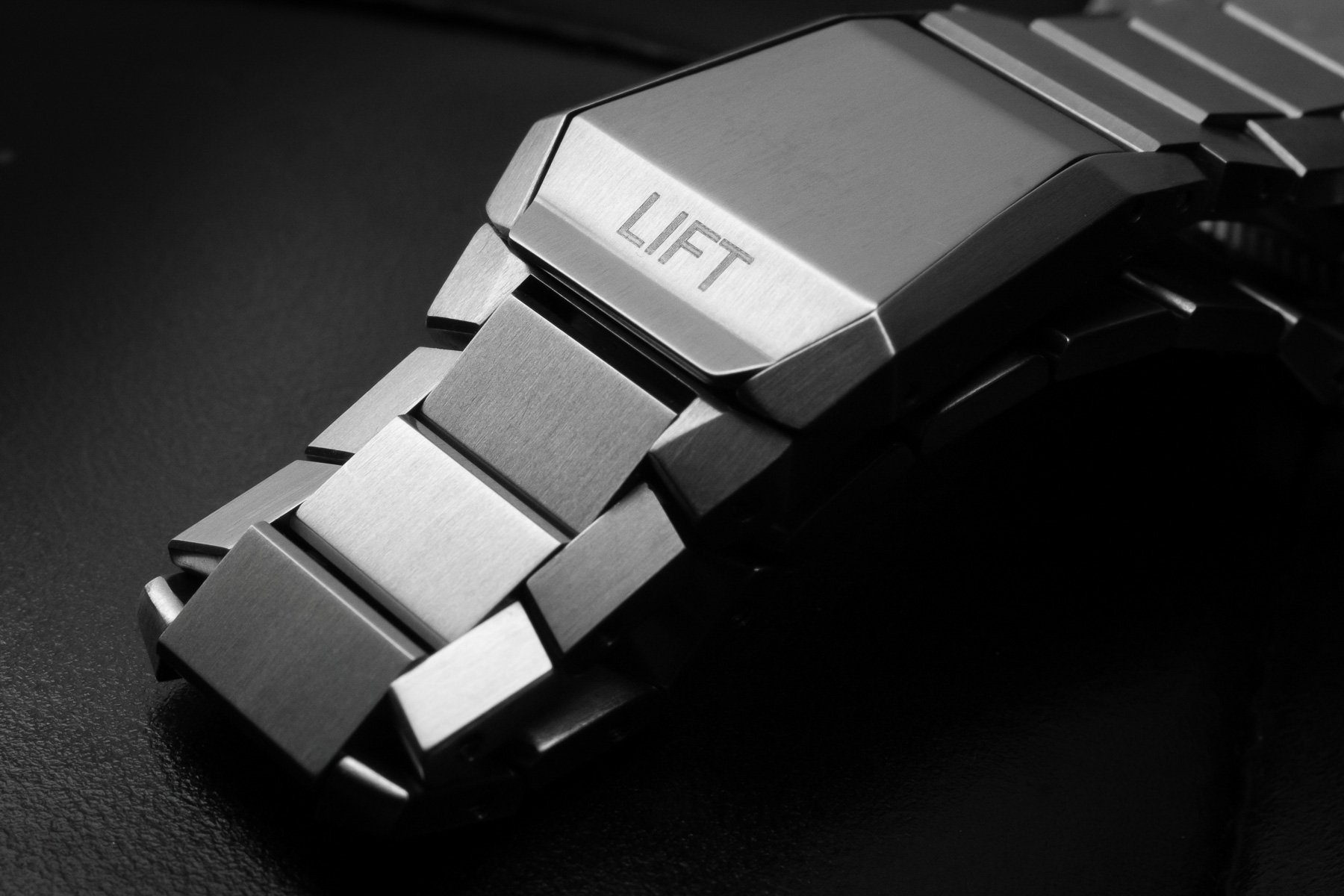 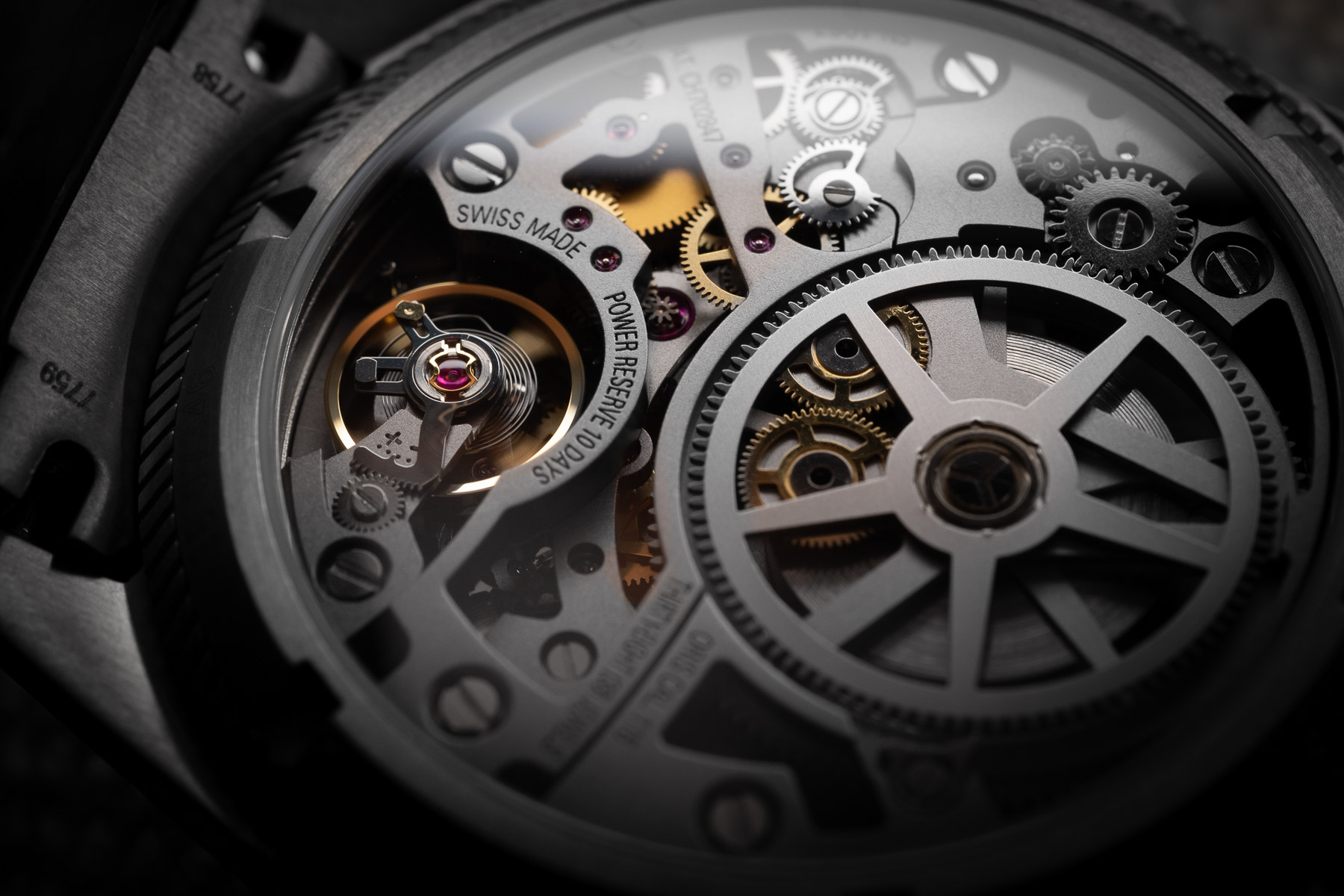 We will soon return with live images from our trip to Shanghai where Oris just introduced this watch.