Introduction Of The Lange 1 Tourbillon Handwerkskunst

Yesterday, A. Lange & Söhne celebrated the 20th anniversary of their Lange 1 watch. What better way to come up with a stunning version of their classic Lange 1, with a one-minute tourbillon, a beautiful black enamelled dial (and silver applied sub dial for the seconds) in a classic 38.5mm platinum case? 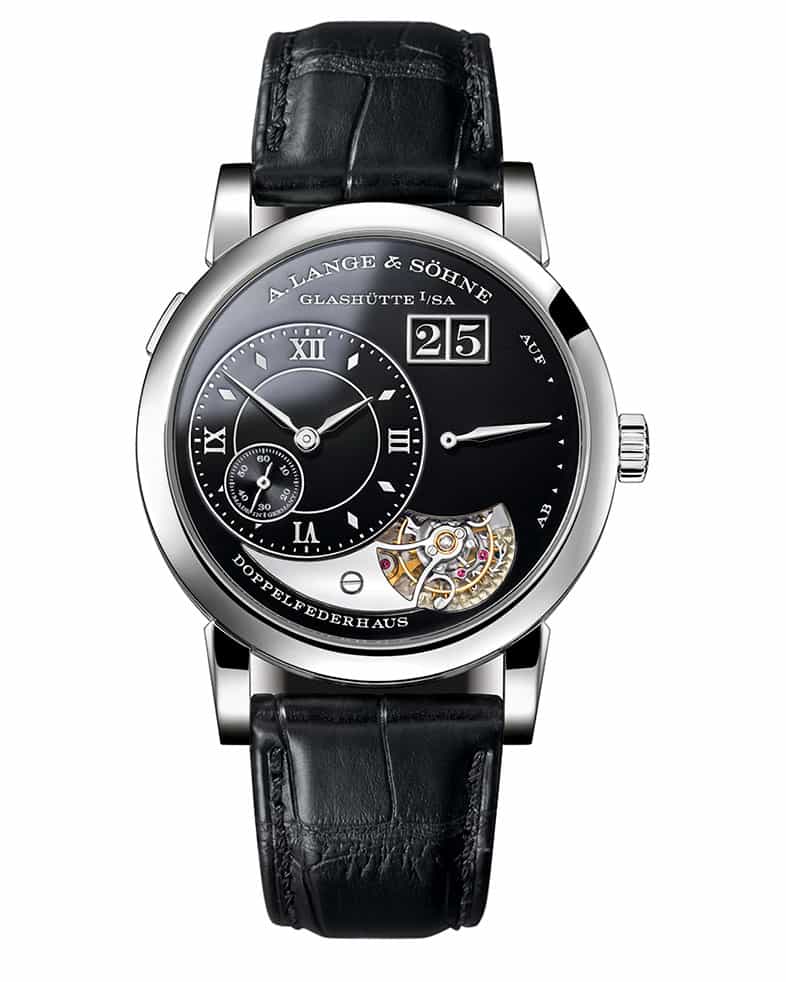 Only 20 pieces are being produced of the A. Lange & Söhne Lange 1 Tourbillon Handwerkskunst watch. It hasn’t been confirmed but the rumour was that most of them were sold already. The price tag of approx. €179.000,- Euro did not hold back any of the die-hard A. Lange & Söhne collectors, of course.

Last evening was an amazing party with journalists, collectors and friends of the brand from all over the world. CEO Wilhelm Schmid showed us a video about the start of the company, the resurrection of the company in 1990 after the fall of the wall with the help of Günter Blümlein and the – now 90-years old – Walter Lange (also present at the party in Dresden). It was on that day in October in 1994 that A. Lange & Söhne presented their first set of watches. The Lange 1 being the face of the company, the watch that everyone will see as the ‘flagship’ model of the manufacture.

Basically everyone agreed that besides the Lange 1 being an iconic watch for the A. Lange & Söhne company, it is an icon – or cult watch – for the entire watch industry. Giving it a thought, it might be even the youngest iconic watch on the market today. Other iconic pieces such as the Patek Philippe Nautilus, Audemars Piguet Royal Oak, Rolex Submariner, Cartier Tank and so on, have been around longer. As renown watch journalist Gisbert Brunner told last night’s guests, an iconic watch is a watch that doesn’t need to be changed over time. It is what it is and remains a classic and ‘up-to-date’ timepiece. Whether you are a fan of A. Lange & Söhne or not, it is hard to deny that the Lange 1 does not meet these requirements to be an icon.

Although A. Lange & Söhne watches already proven to be very collectible and rare pieces fetching a lot of money on auctions and sales, with the opening of their new boutiques world wide, the brand awareness is increasing rapidly among the bigger public. The sincerity of the brand and the amazingly finished watches – with or without complications – make it to be a brand that can count on a lot of sympathy by watch collectors. 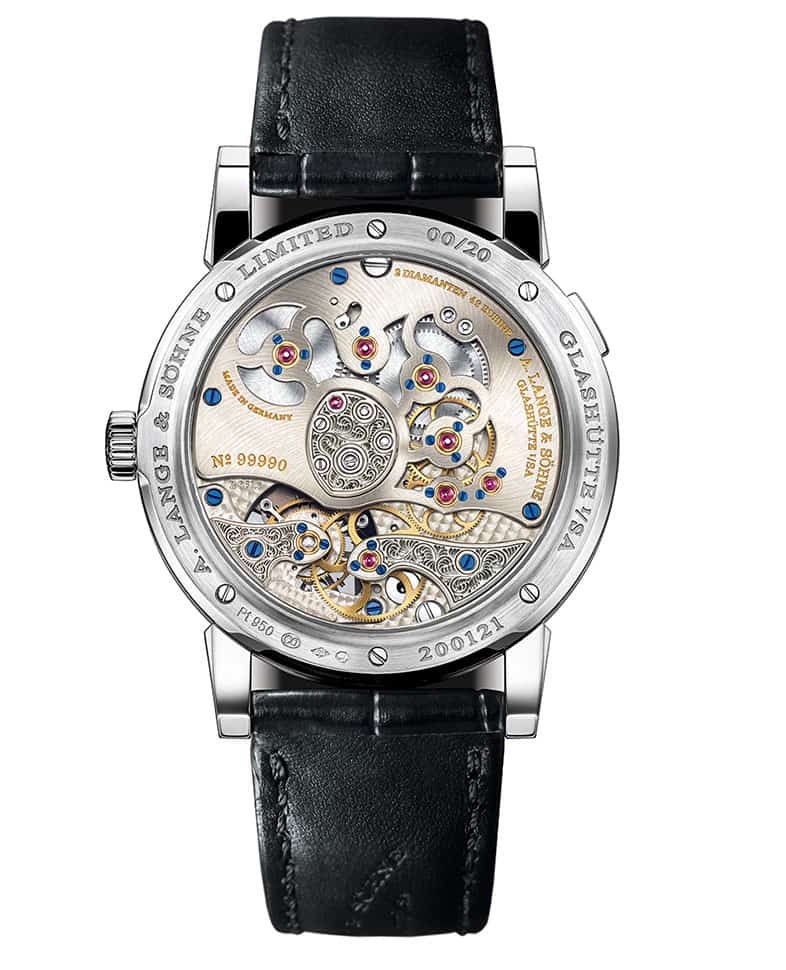 The Lange 1 Tourbillon Handwerkskunst is just another example of how much appreciation the brands has for real craftsmanship. The finish of the movement is stunning and for the first time the doppelfederhaus (twin barrel) is being shown through the (otherwise) 3/4 plate on the back of the watch.

Lange ‘s manufacture calibre L961.3 is very pleasing for the eyes, with its hand engraved tourbillon bridge made of German silver. The movement consists of 378 parts, measures 30.6mm and has a power reserve of 72 hours.

The platinum case in only 38.5mm makes it a perfect companion for daily wear. At least I hope this watch will be actually being worn as it deserves to be ‘out there’.

More information on www.lange-soehne.com. Check our instagram account (@fratellowatches) for some live photos of the watch and the event. 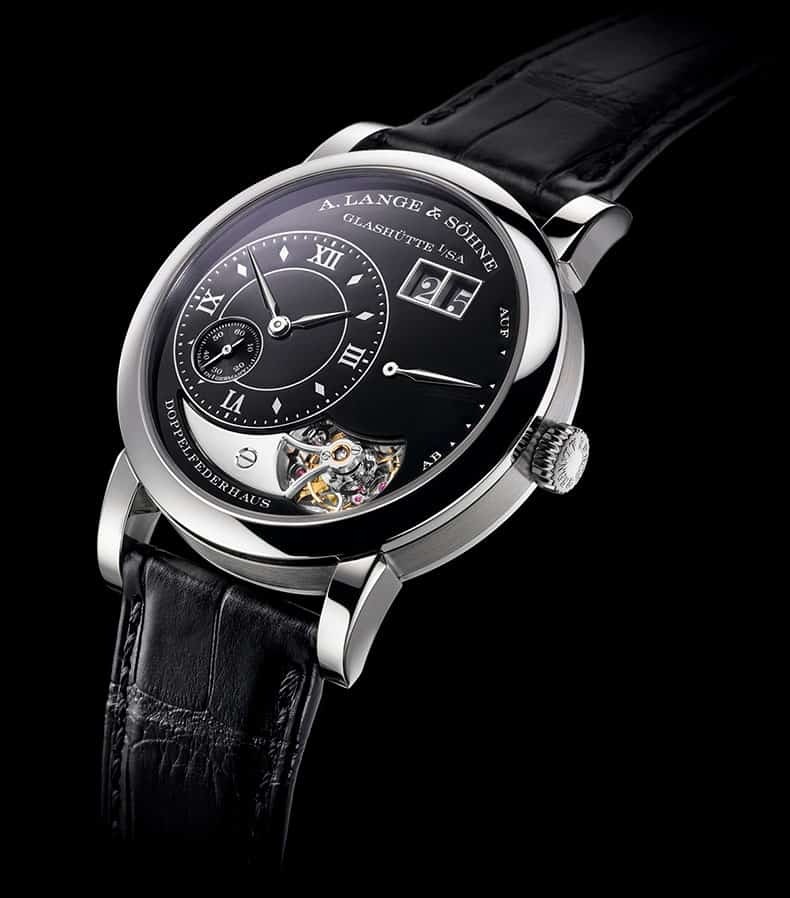 Hot Topics
Introducing: The Oris Divers Sixty-Five Fratello Limited Edition
111 comments
Rolex Is Going Certified Pre-Owned
72 comments
Why Do We Cling To The Evergreens From Brands Like Rolex, Omega, JLC, And Cartier?
51 comments
Sunday Morning Showdown: A Two-Handed Battle — Breguet Classique 5157 Vs. A. Lange & Söhne Saxonia Thin
47 comments
Do You Actually Enjoy Your Watch Collection, Or Is It Always About The Next New Thing?
42 comments
Popular
Two Patek Philippe Nautilus Watches: 3700/1A Versus 5711/1A
Robert-Jan Broer
16
Rolex Submariner Hulk versus Seiko SLA019 : Shades of Green
Michael Stockton
27
You Asked Us: Rolex Submariner vs Omega Seamaster
Robert-Jan Broer
24