Recently, I went along to the London stop of the IWC roadshow in Covent Garden. It was an excellent opportunity to view watches that seldom see time in a boutique. Take, for instance, the Big Pilot Top Gun “Mojave” that is garnering a growing waitlist. IWC also demonstrated the relative mass of a selection of its materials. A block of Ceratanium is far lighter than an equal size block of steel, yet still solid and scratch-resistant. The mass delta may not surprise anyone, but experiencing Ceratanium with a 1:1 comparison gave me a newfound respect for material science advances. IWC makes a further advancement today with its first-ever Big Pilot’s Watch with a chronograph.

Not only is the new Big Pilot a chronograph, but it’s also the first Big Pilot Chronograph “Le Petit Prince” edition. I believe the announcement would’ve had more impact with the monochromatic Flieger style that we’ve come to know the Big Pilot for. By dressing up the model with large, luminous Arabic numerals and a glistening blue dial, I feel that it somewhat softens the blow. I also cannot be the only one who notices the dichotomy of a watch simultaneously named “Big” and “Petit.” But for IWC and Saint-Exupéry’s estate, the reference to the novella Le Petit Prince in a Pilot’s watch represents the spirit of aviation. 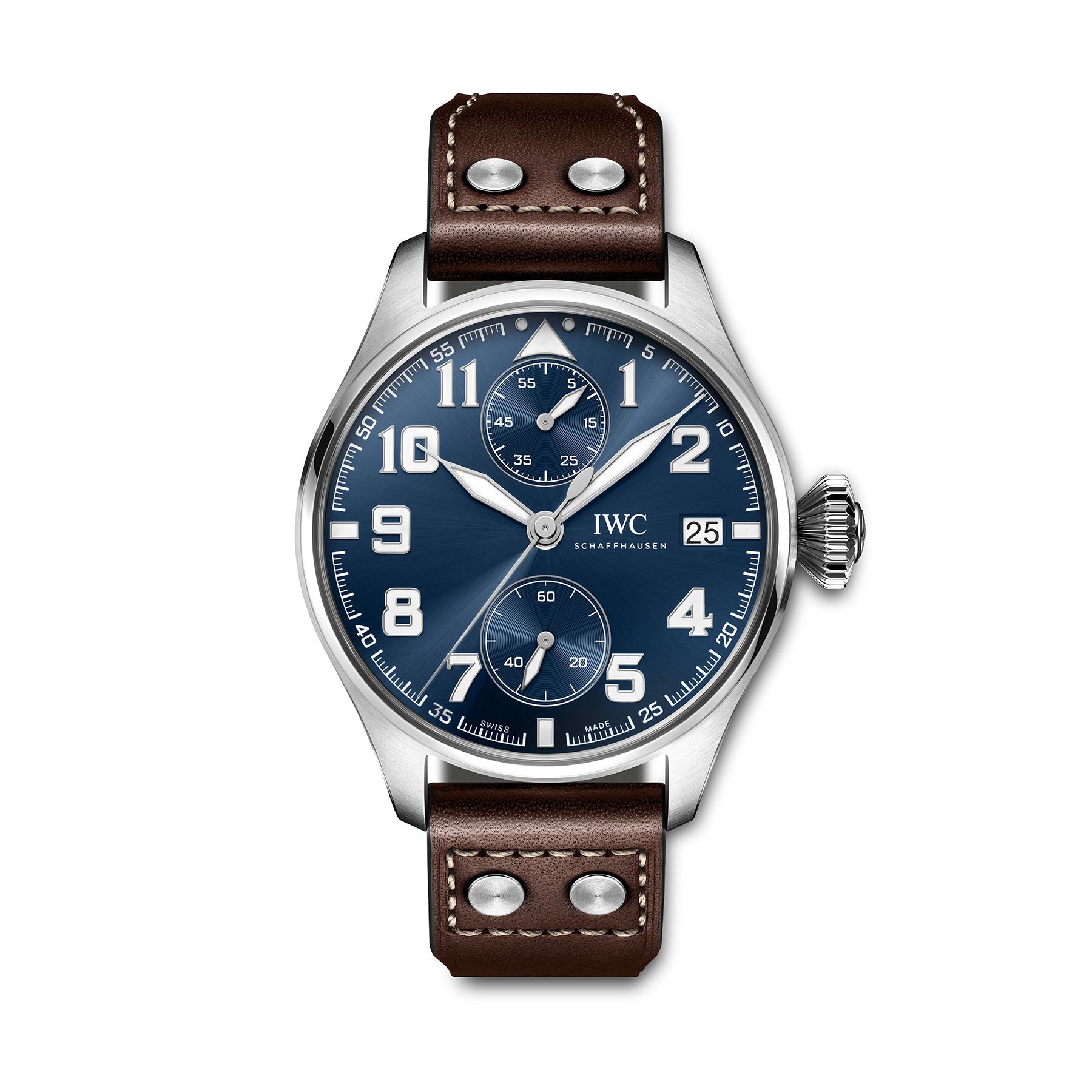 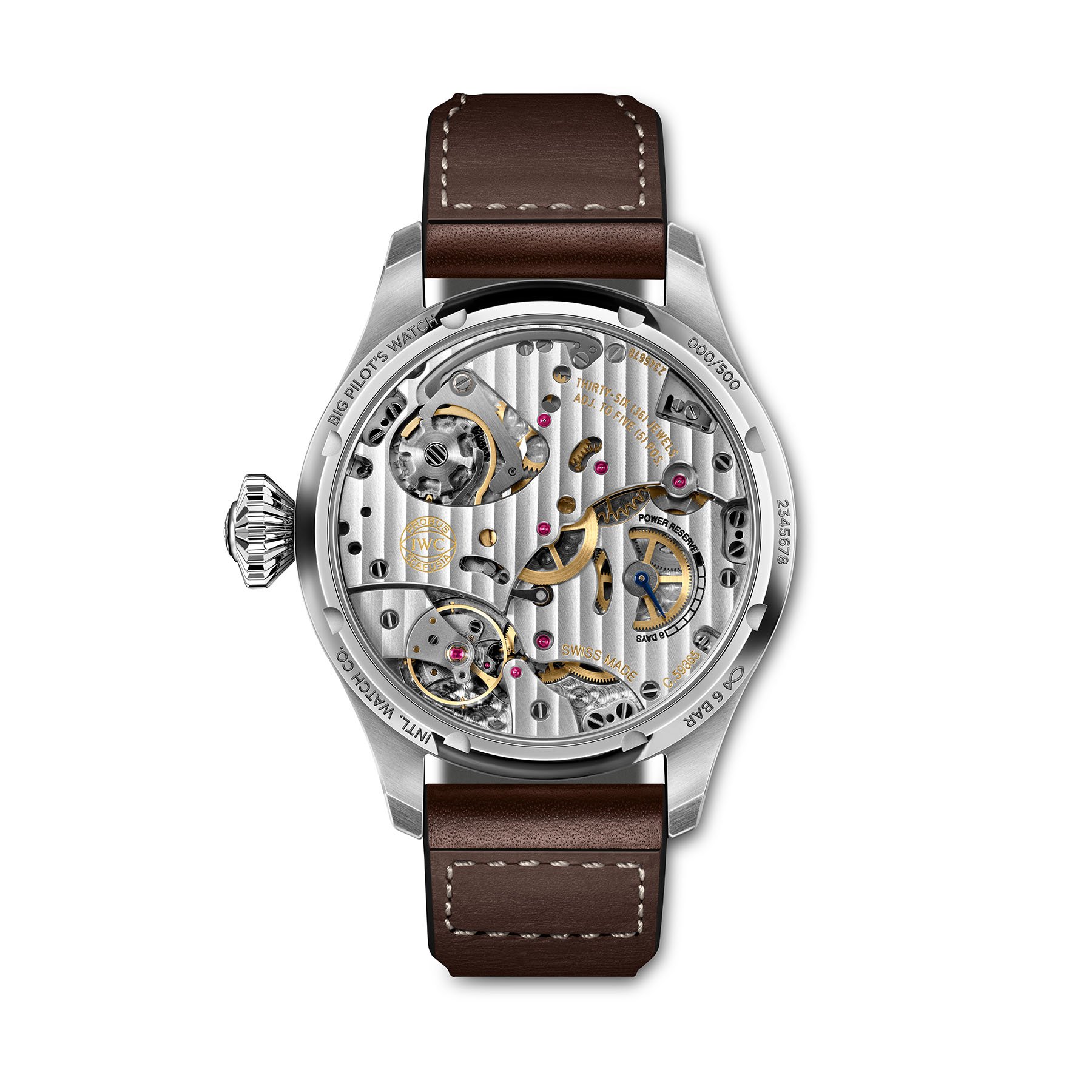 I should point out that this Big Pilot’s Chronograph is not the twin-pusher type that Breitling pioneered. Instead, it’s a mono-pusher type, which dates further back than the two-pusher layout. By only having a single pusher, the order of actions is start > stop > reset. With a separate reset button, the starter pusher can stop and restart as often as necessary. A mono-pusher can only flow in a sequence that’s specific to a single timing event. You could therefore view this choice as a disadvantage, as Willy Breitling did back in 1934. But in my view, IWC elected for the single pusher to maintain the Big Pilot silhouette with its prominent onion crown. It’s commendable how well the pusher sits within the crown — so well, in fact, you’d hardly know it was there.

The running seconds register cuts into the 5 o’clock and 7 o’clock numerals on the dial. But I’d say it’s less a bite out of the digits and more just a little nibble. At the 12 o’clock position is the 60-minute totalizer, indicating that this chronograph only measures up to a one-hour event. The date sits large and in charge at 3 o’clock with a white date disc. This date implementation is well-executed and nicely correlates to the size and position of the numerals. Powering all this functionality is the IWC manufacture caliber 59365. This 8-day, manually wound, mono-pusher movement is expansive and fills the entirety of the exhibition case back. I always appreciate when the caliber dictates the case diameter — 46.2mm here — rather than the appeasing of a particular demographic. 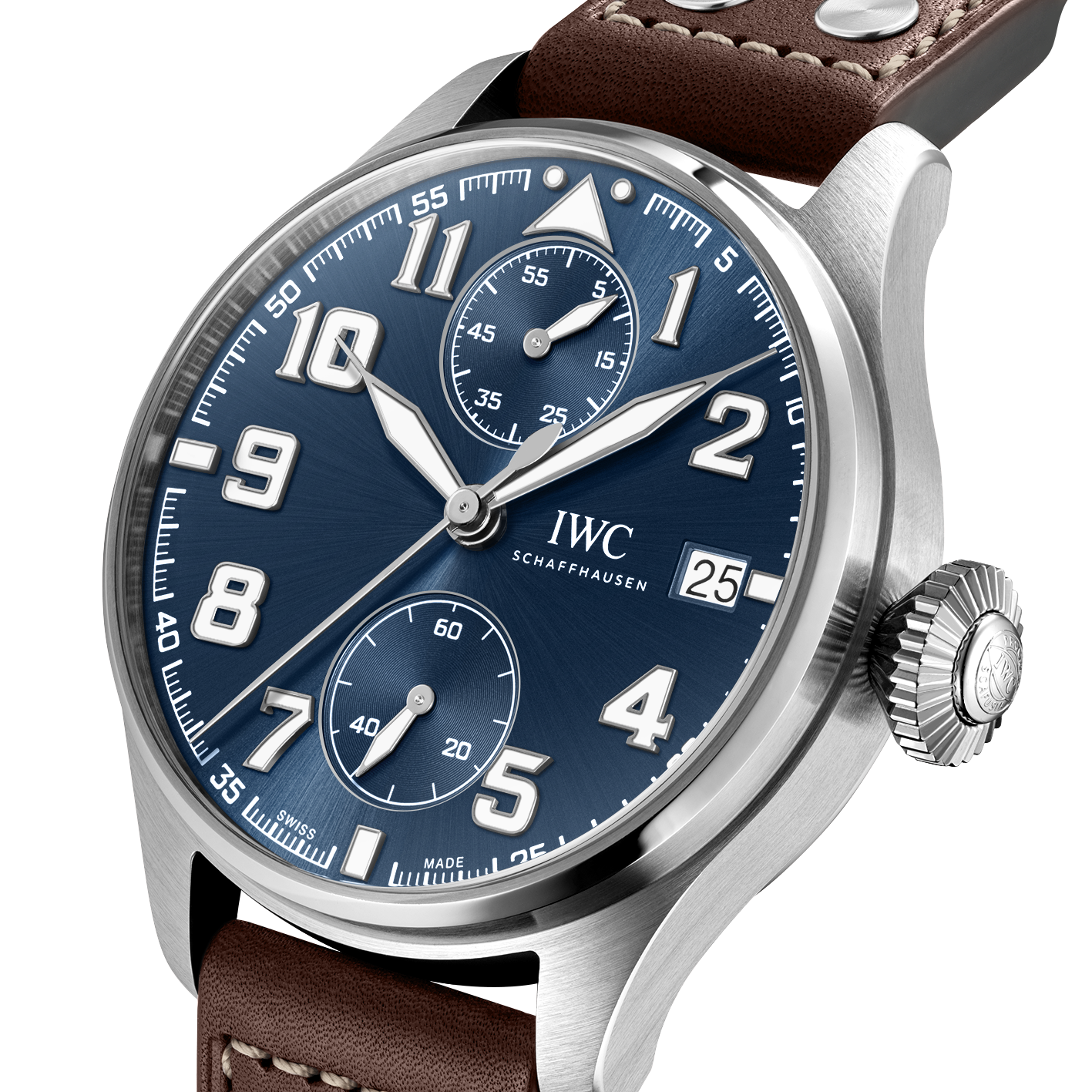 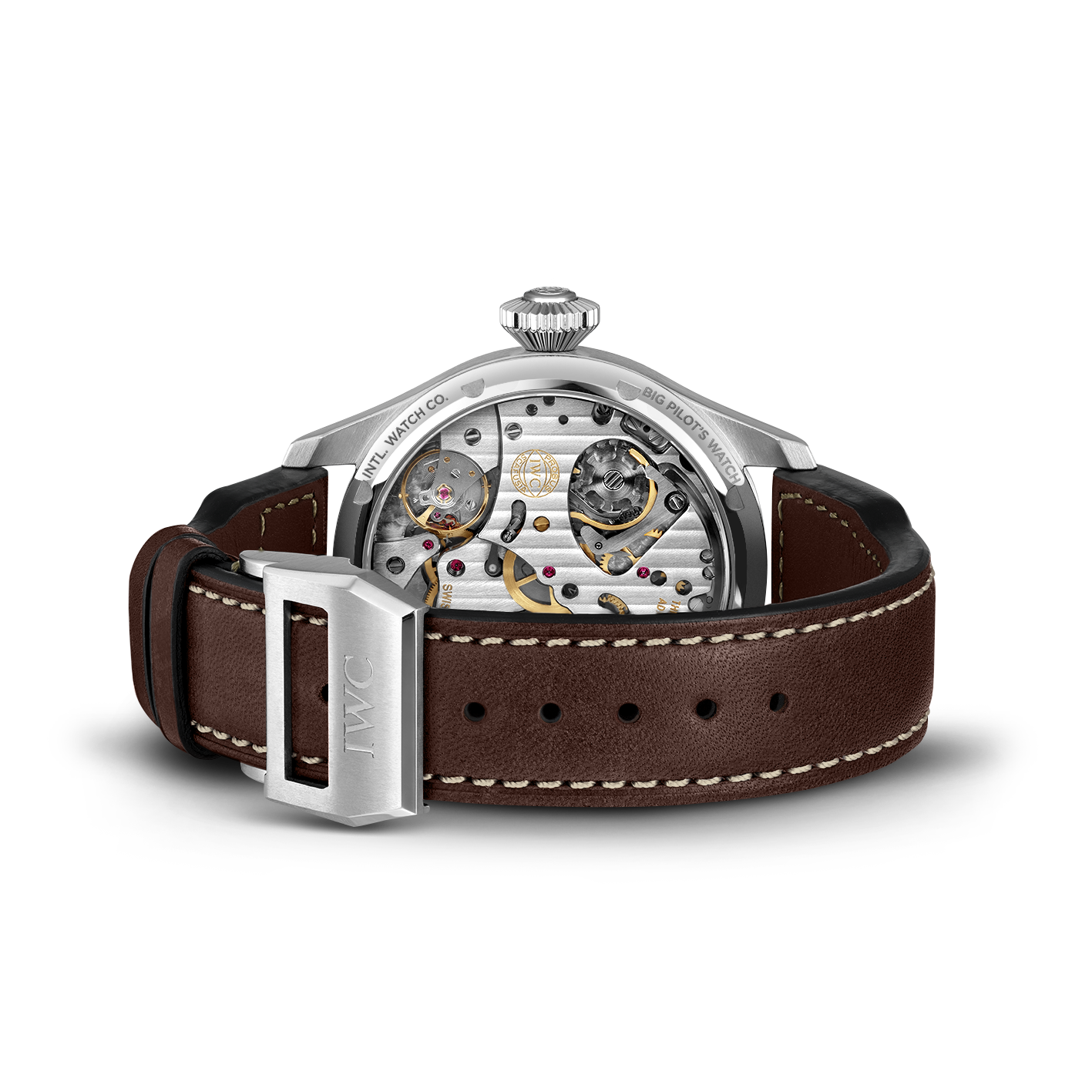 This is not the first time an in-house mono-pusher movement has seen the light of day in an IWC. A derivative caliber, the 59360, was recently housed in the Portugieser “Laureus Sport For Good.” But the Portugieser had seen its fair share of chronographs. And the entry-level 41mm twin-pusher Portugieser is possibly IWC’s most refined chronograph ever. The Big Pilot’s Watch Monopusher is far from entry-level with a list price of €17,200. Part of me has to congratulate IWC on ensuring the classic lines of the Big Pilot remain, even with the addition of a chronograph function. But another part of me has some curiosity as to what a full-bore, twin-pusher Big Pilot could’ve been. Possibly ungainly, but no doubt a lot of fun.

Another thing that surprises me is that despite the lack of a rotor in the manual-winding movement, the case height is still 14.6mm. However, it’s nice to have the power reserve indication on the case-back, rather than offsetting the vertically-aligned sub-dials. The IWC Big Pilot’s Watch Monopusher Edition “Le Petit Prince” comes on a calfskin leather strap with the iconic twin rivets near the lugs. As this “Le Petit Prince” is a limited edition of 500 pieces, I can imagine more styles in the Big Pilot’s Watch Monopusher range coming soon. For more on this watch, check out the IWC site here.