Kristin Harila is doing something no human has ever done before. She’s getting close to having climbed all of the fourteen peaks above 8,000 meters on our planet within six months. With this amazing feat, she is set to beat the previous record (six months and six days) set by Nirmal “Nims” Purja, which was chronicled in the Netflix documentary 14 Peaks: Nothing Is Impossible. Nothing is stopping Kristin Harila, who is a Bremont Ambassador, from achieving the impossible. Well actually, that’s not true. There’s one thing, and it has nothing to do with the mountains, the weather conditions, or injury.

We have to be honest with you. Here at Fratello, we have trouble getting up and down the stairs fourteen times within six months without serious breathing troubles and a high probability of a strained muscle. Harila shows what’s possible with the human body and mindset if you push it to its most extreme limits. Well, not our bodies, but you get the drift. This is why Kristin Harila is a Bremont Ambassador and we’re just simple watch scribes. At least we do have one very particular skill — we know our watches. 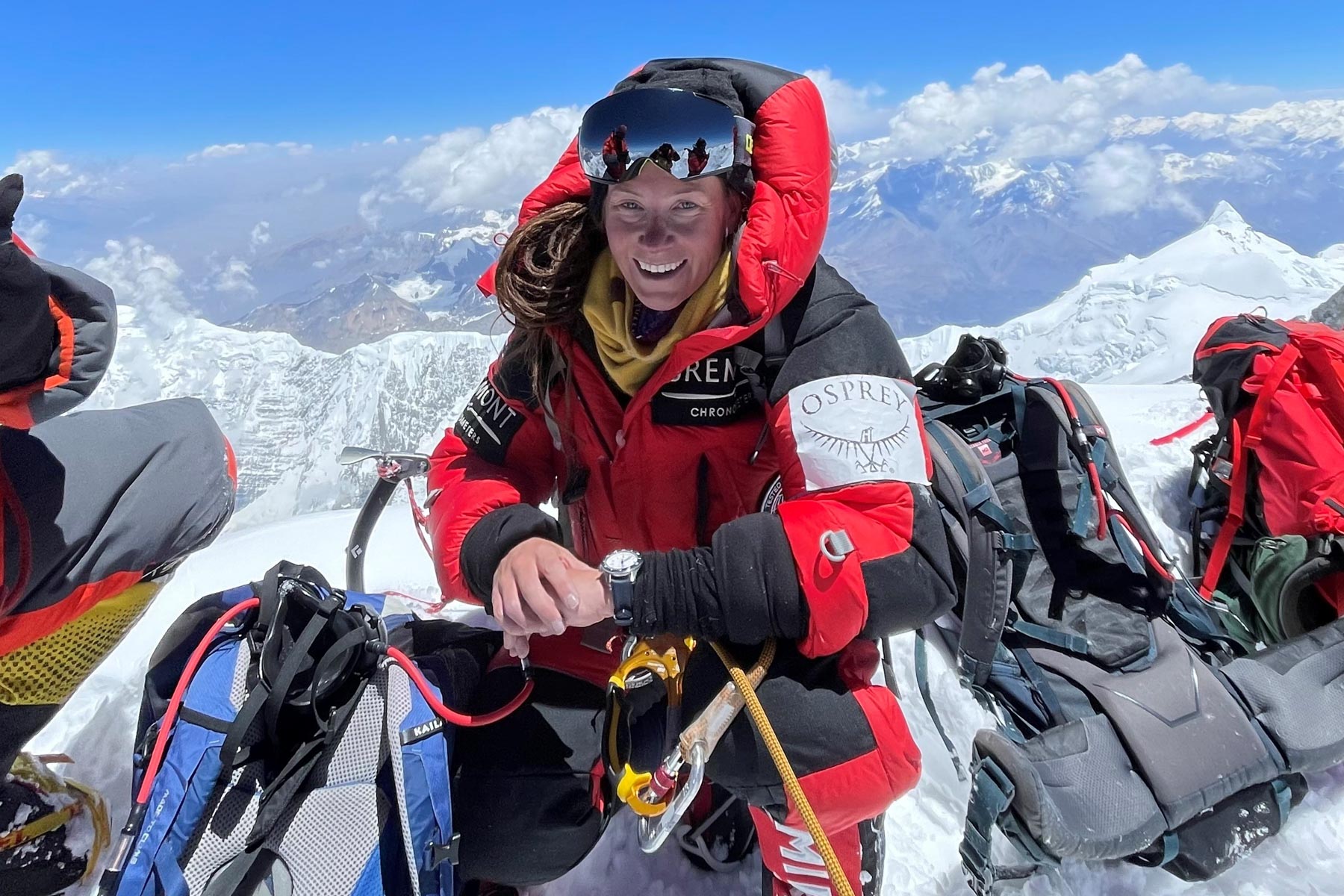 The Bremont S300 — A dive watch for great heights

Bremont has given the former Norwegian cross-country skier and mountain goat the Bremont S300 from the Supermarine collection. This watch has been through some great adventures with some amazing human beings. It’s tried and tested. The mechanical movement is protected by the extremely robust Trip-Tick case construction, a clever invention of the British watchmakers. Because it’s a 300m-rated dive watch, you basically have a compact chronometer capable of withstanding the earth’s most hostile condition, either at great depths or, as in Harila’s case, great heights. Of course, it’s not the watch holding her back from climbing all fourteen peaks.

So far, the Supermarine has been with the Norwegian athlete on twelve peaks, which she climbed in record time. On the 22nd of September, she reached the true summit of Manaslu at 8,156 meters. Yeah, the true summit, not the lower point where most climbers stop. She’s hardcore. It took Harila and her guides a grueling 23 hours in the cold, but the achievement left her with “only” two peaks to climb before November 6th to break the record. But there’s a catch… 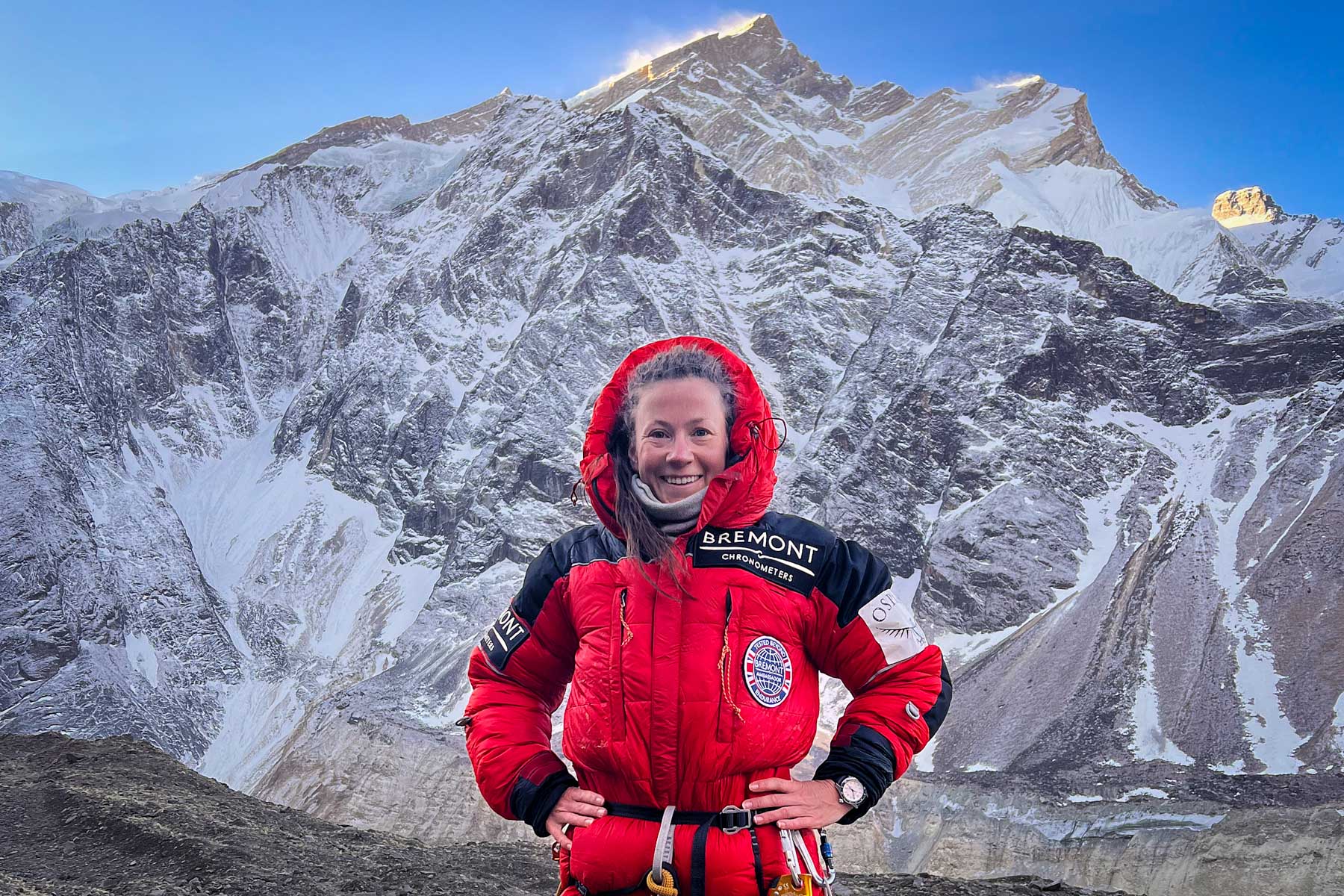 The one thing holding her back

The reason Kristin Harila can’t climb the last two peaks is that they are (partly) located in China. Currently, the Chinese government doesn’t allow foreigners into the country because of COVID-19. She already went to the Chinese Ambassador in Norway, but Chinese bureaucracy turns out to be one of the most difficult mountains to climb on Earth. So, through social media, Kristin Harila is asking for help from the public in securing a permit to enter China. It’s silly that it’s human regulation holding her back, not the massive peaks, the baffling routes, or the extreme weather, but that’s the world we live in.

Because Harila is not one to sit still and wait, she’s already planning an alternative route up the Cho Oyu. This route doesn’t cross the Chinese side of the peak, which is a win but makes it much harder to climb. Of course, the Bremont Ambassador is not one to shy away from a challenge, and this would only add to her legend. We can wish her all the best as we look on in awe. If you want to do the same, you can follow Kristin Harila on Instagram, so you can see what humans are actually capable of if they weren’t scrolling social media from the comfort of their beds. Let’s go, Kristin!

This has been a post by Matthijs van den Beukel. 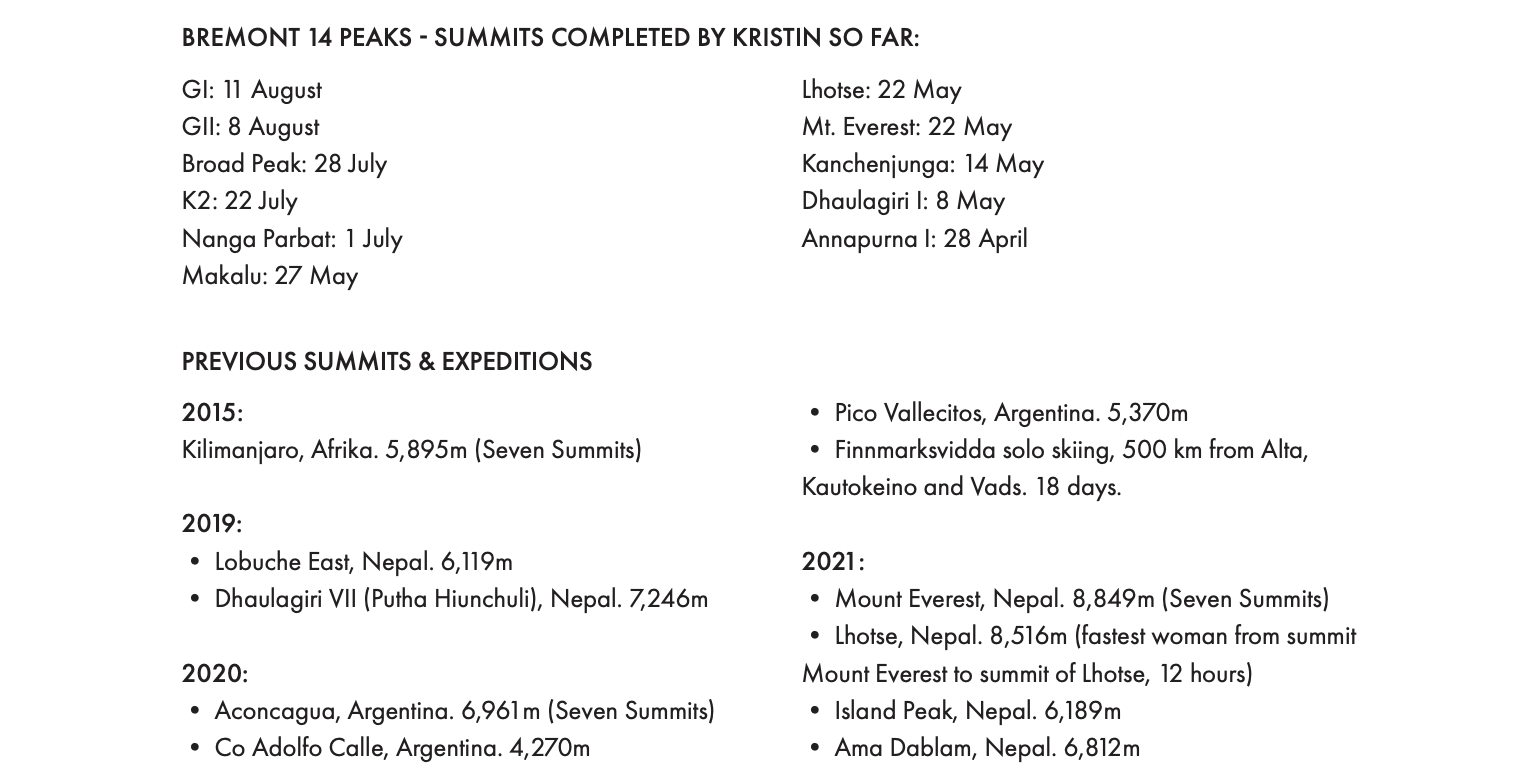