Opening Of The New A. Lange & Söhne Boutique In Dresden

Last week we joined A. Lange & Söhne for the opening of their new boutique in the center of Dresden. Located near the watch capital of Germany you always pass by this lovely place with its rich history and architectural beauty. Not only was it the day of the opening, they also launched their new Datograph Up/Down Lumen. 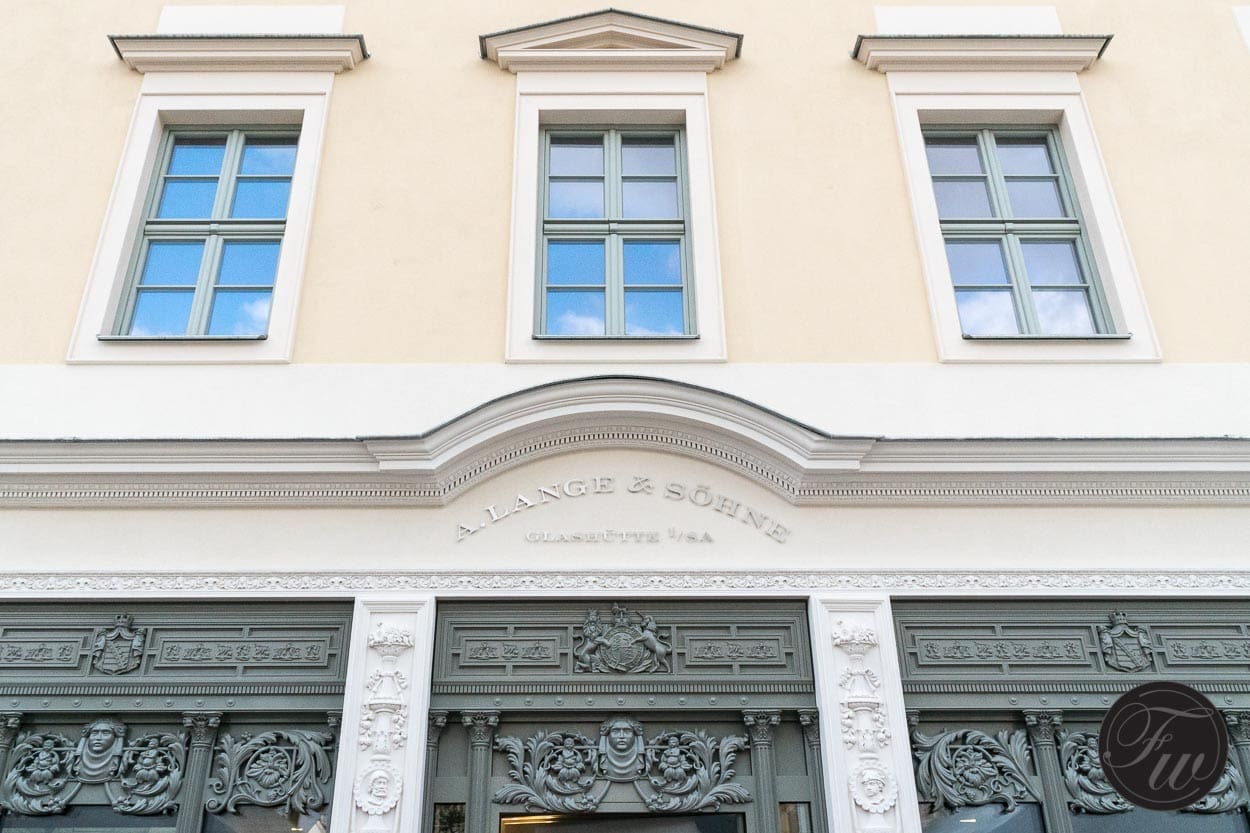 The newly build location was the home of court jeweller Moritz Elimeyer in the distant past. One of the finest establishments in Dresden and now it serves as the new home for A. Lange & Söhne. Although the building itself has been rebuilt it retains the rich details of the past. Something that is often discarded due to costs and modern architecture. However, they found a way to restore original decorations in modern materials for maintenance purposes. And by doing so the visual aspect is guaranteed for times to come. 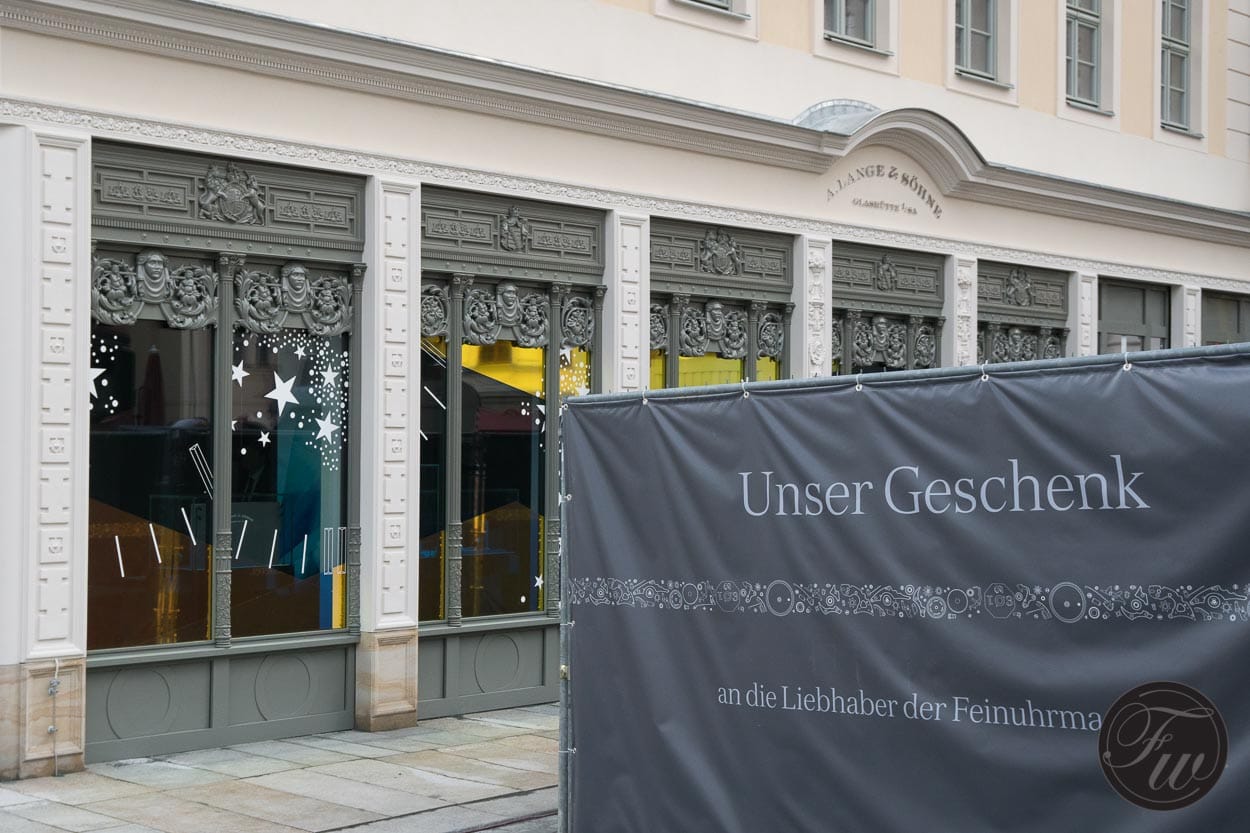 Shortly after our arrival, we are welcomed at the entry of the boutique which is partially hidden between tents. Ready for the official moment while enjoying a glass of champagne. After the ribbon cutting, the boutique is officially opened and ready to be explored for the first time by special guests and media partners. 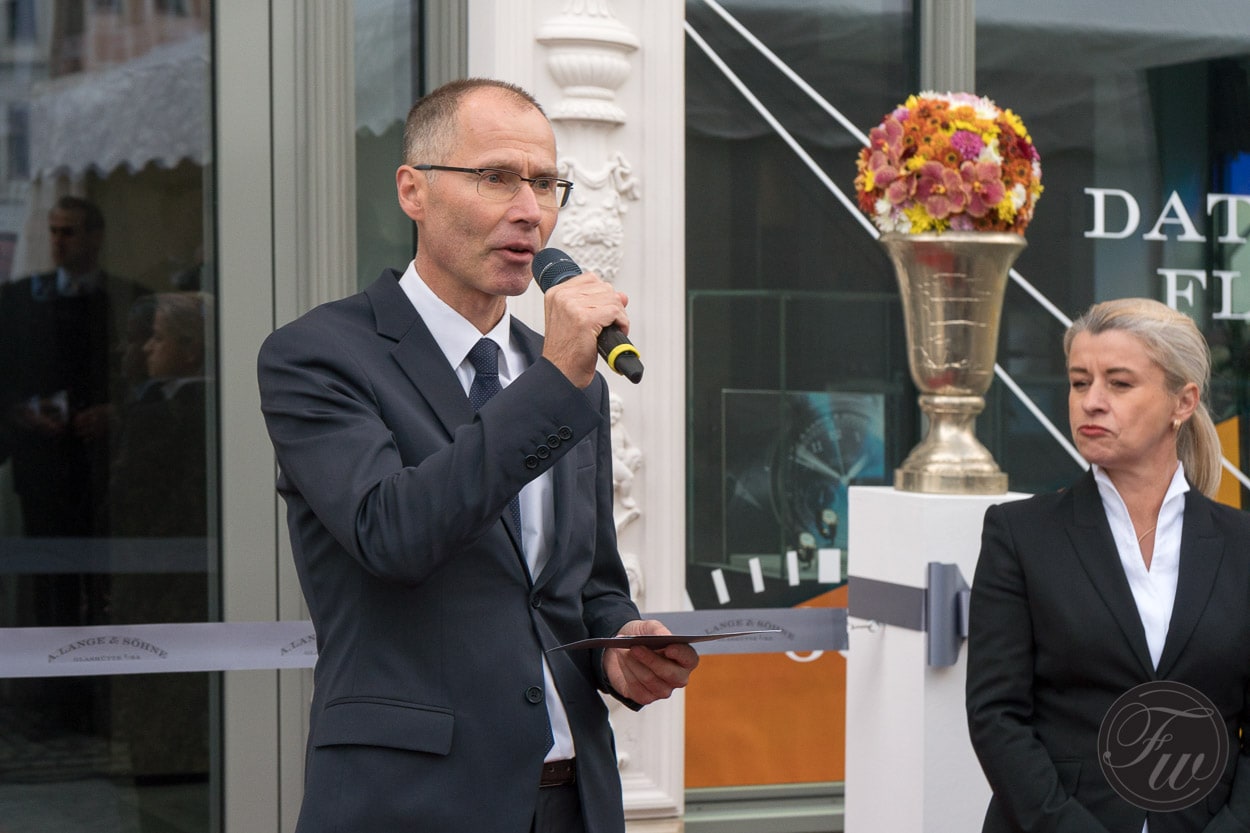 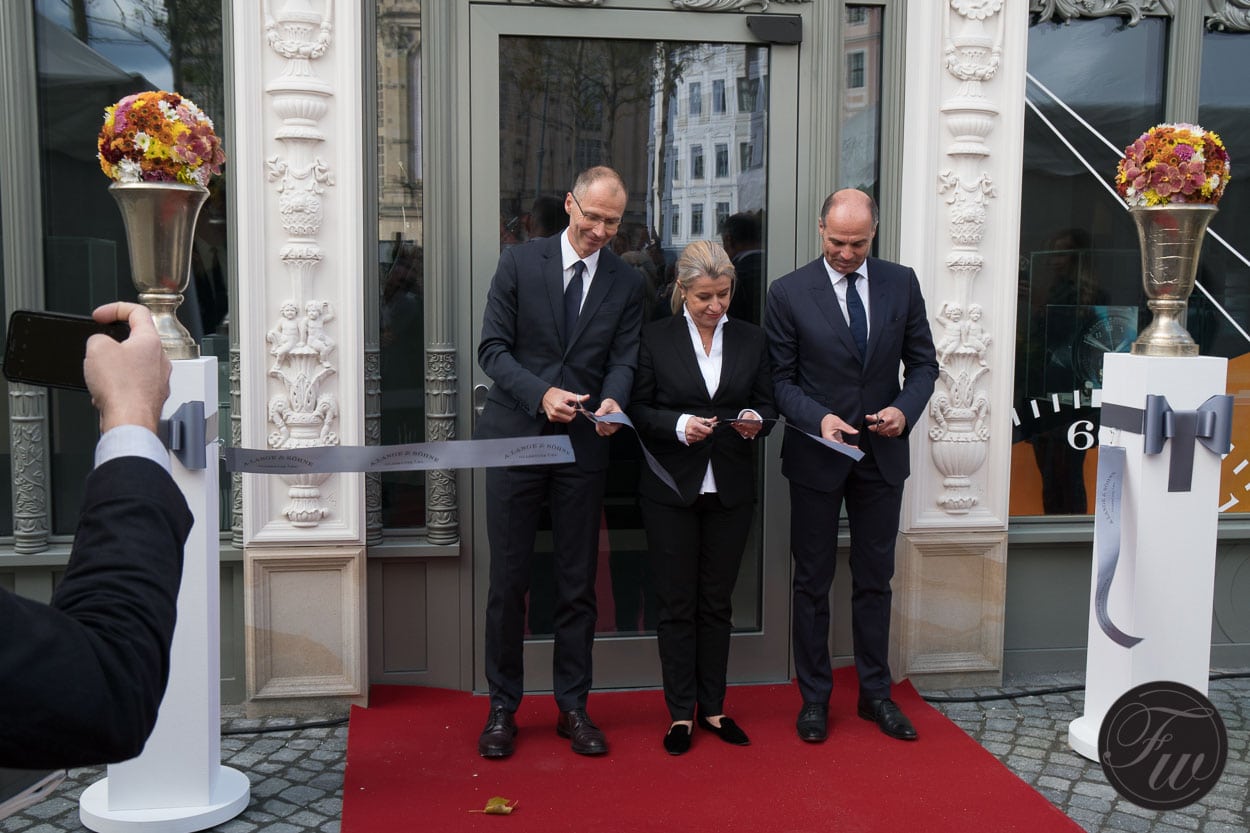 First of all the new boutique is much bigger compared to the previous one which was first opened in 2007. With its U-shape you enter in the center and can either go left or right. In various displays in the boutique there is a selection of watches on display. Each space of the boutique full-fills a specific role. From explaining about the brand and it’s history to watchmaking, consulting and of course sales talks. 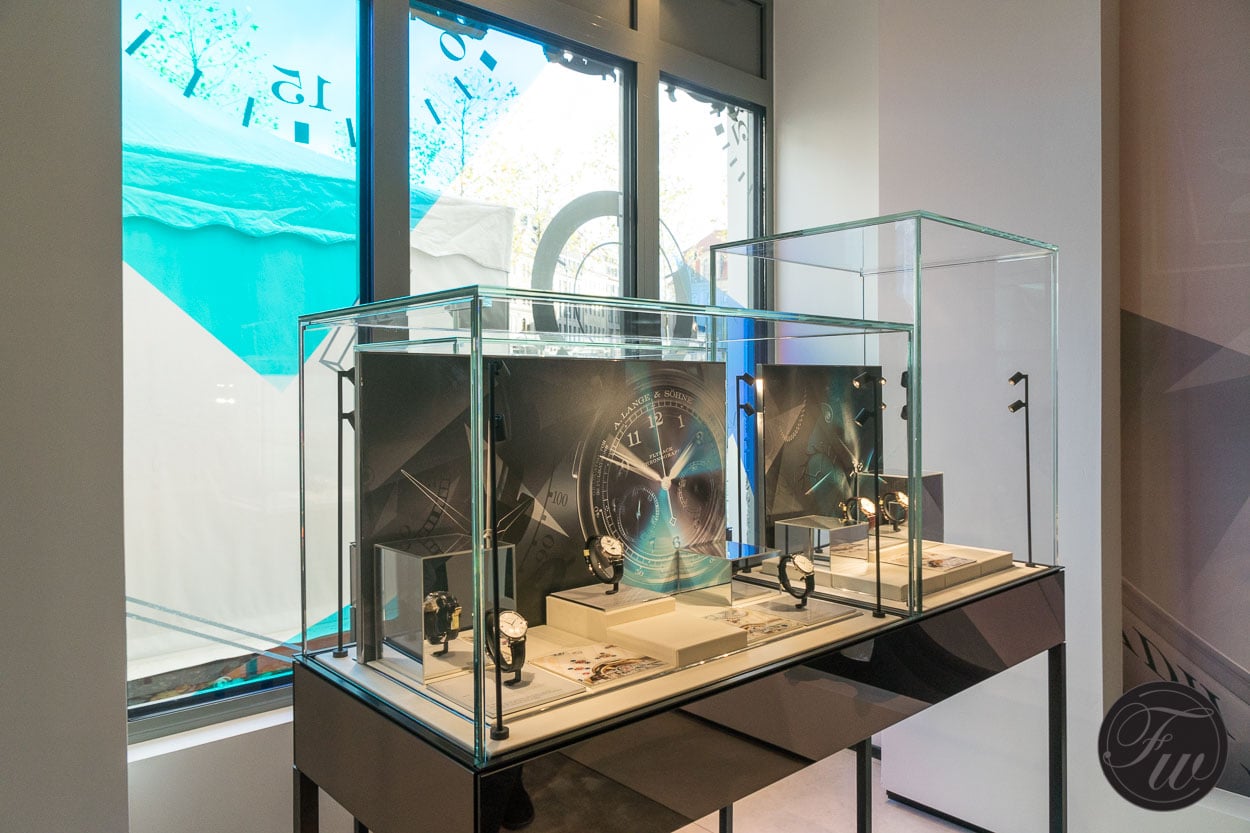 On the left side of the boutique, there is a large display wall with hundreds of little cubes which represent the parts of a movement. On the other side, there is a wall that shows the history of the brand. Several important moments in the history of A. Lange & Söhne are represented in clear ways. 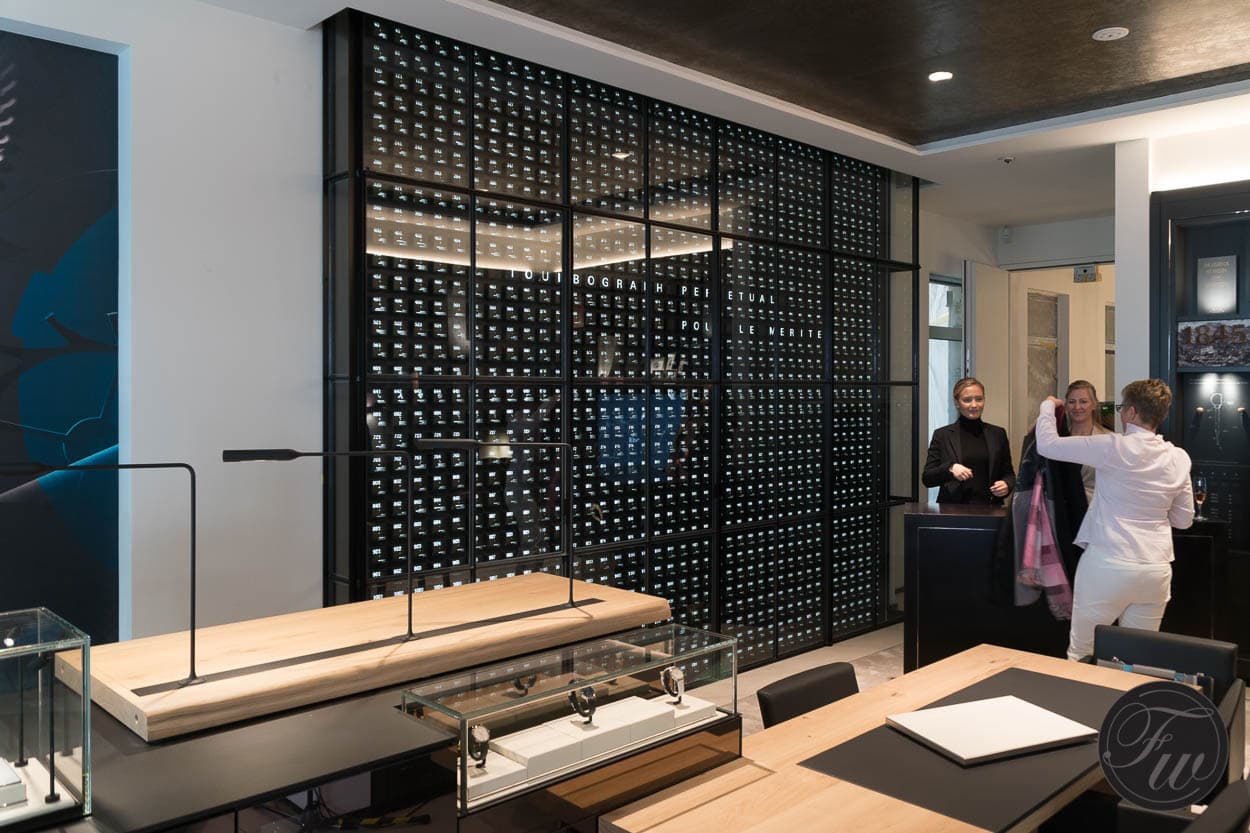 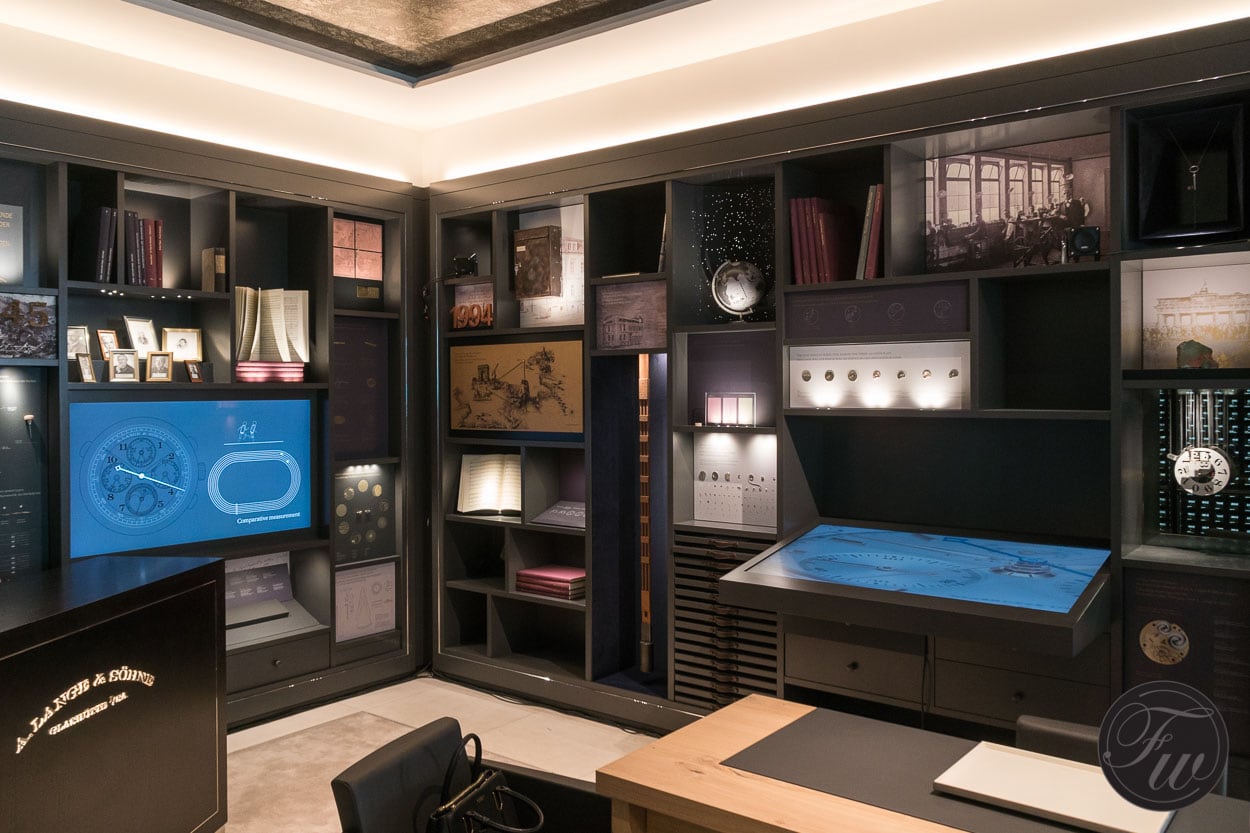 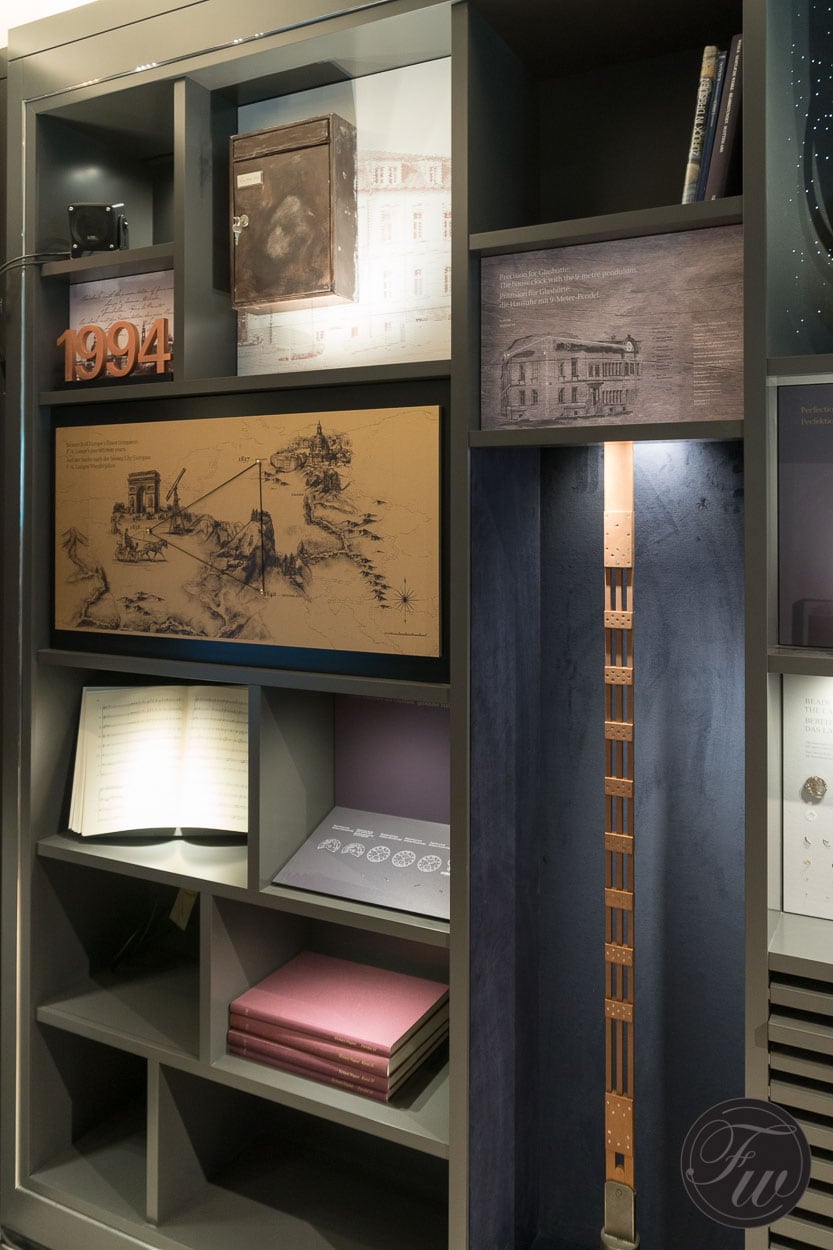 Moving across the boutique there is a lounge area with a watchmaker bench. During the opening, there was a watchmaker engraving the eye-catching and typical balance cock. We’ve had the pleasure of visiting the workshops in the past and it remains impressive to see every time again. Slowly creating the floral design by hand using a microscope and tools. 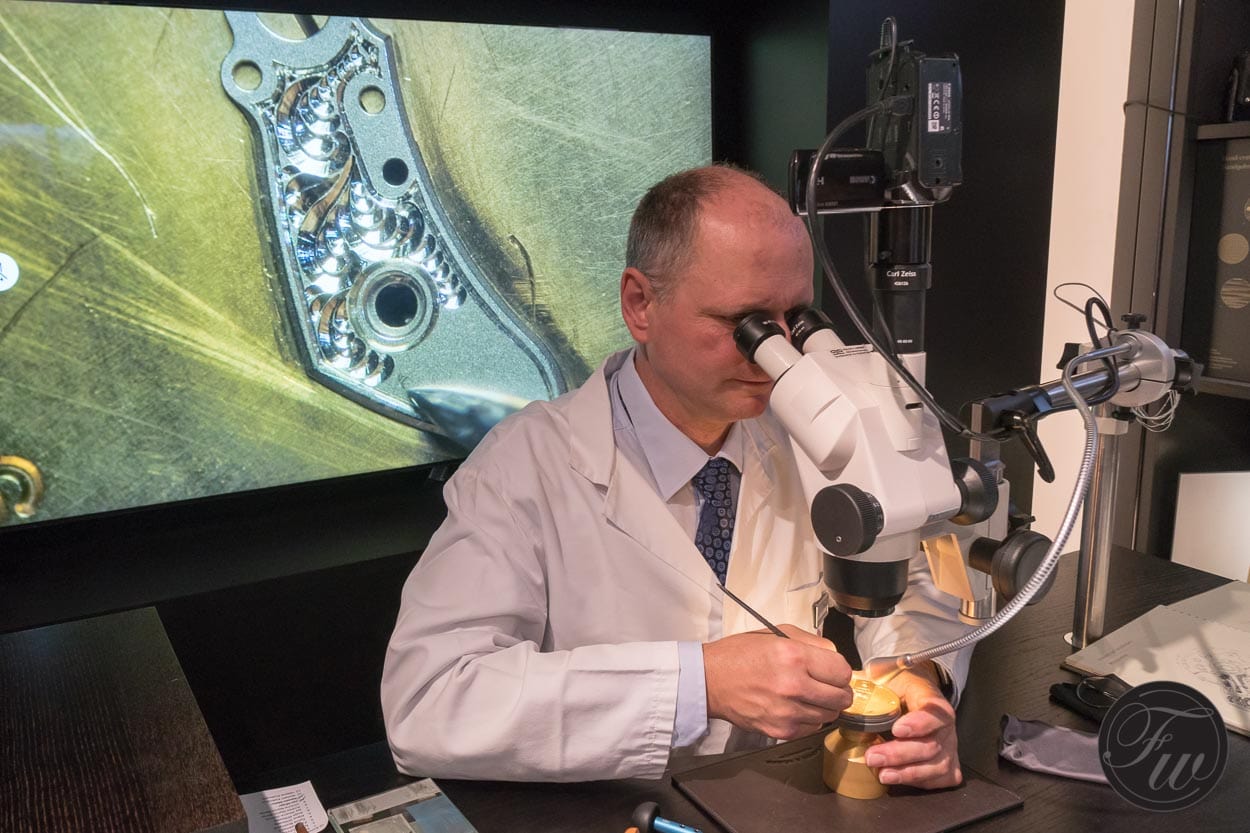 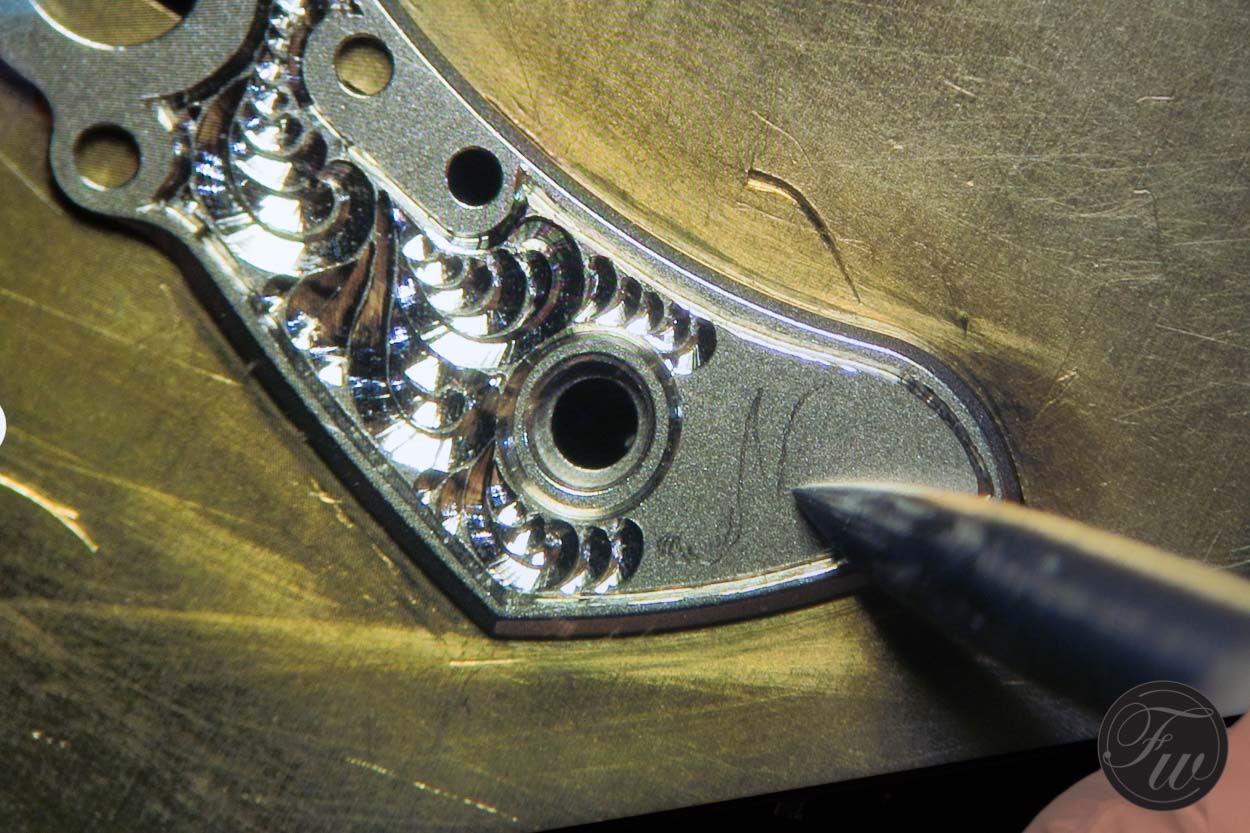 New to the A. Lange & Söhne corporate style is the implementation of some more colour and the use of patterns. One colour that is incorporated is the shade of nickel silver which is used in every movement. Adding these subtle details creates an atmosphere that feels warmer and is more vibrant. However, the typical grey remains as their main colour and shows through the 176 square meter boutique. 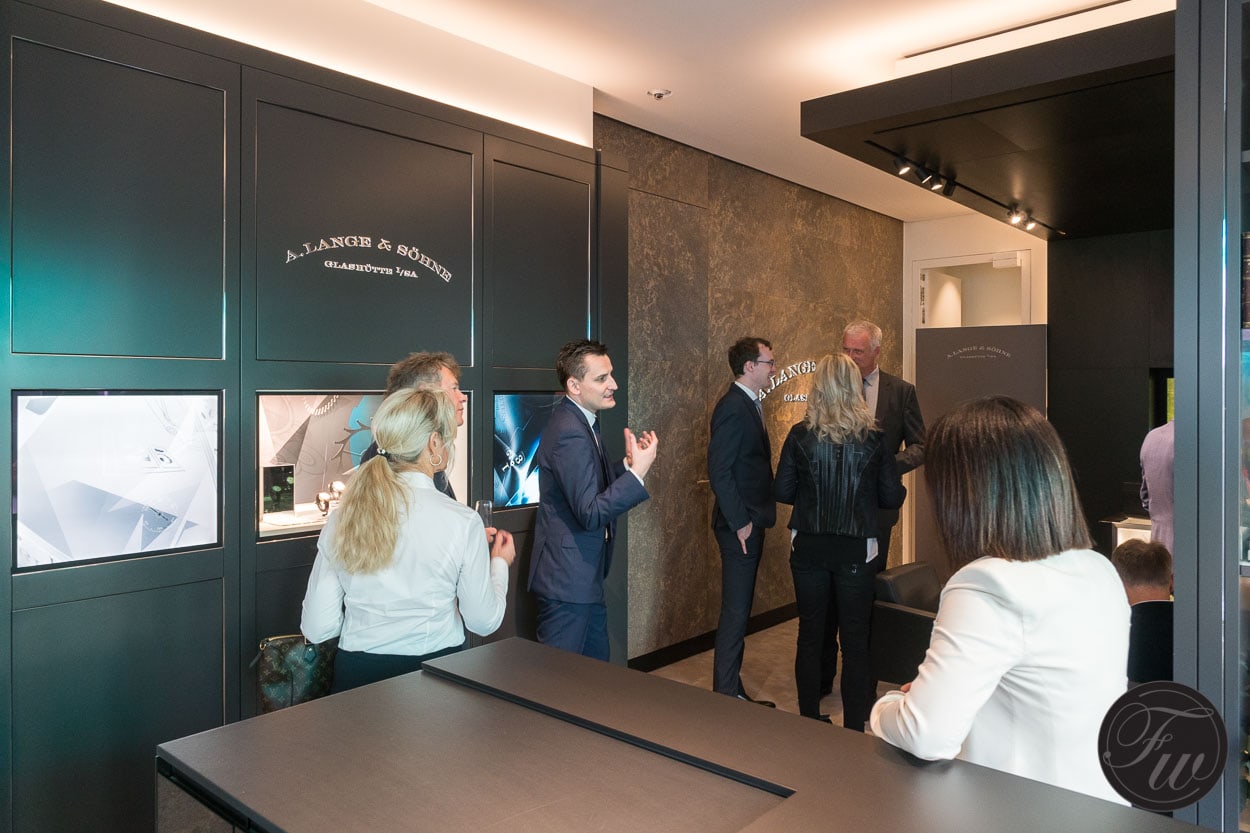 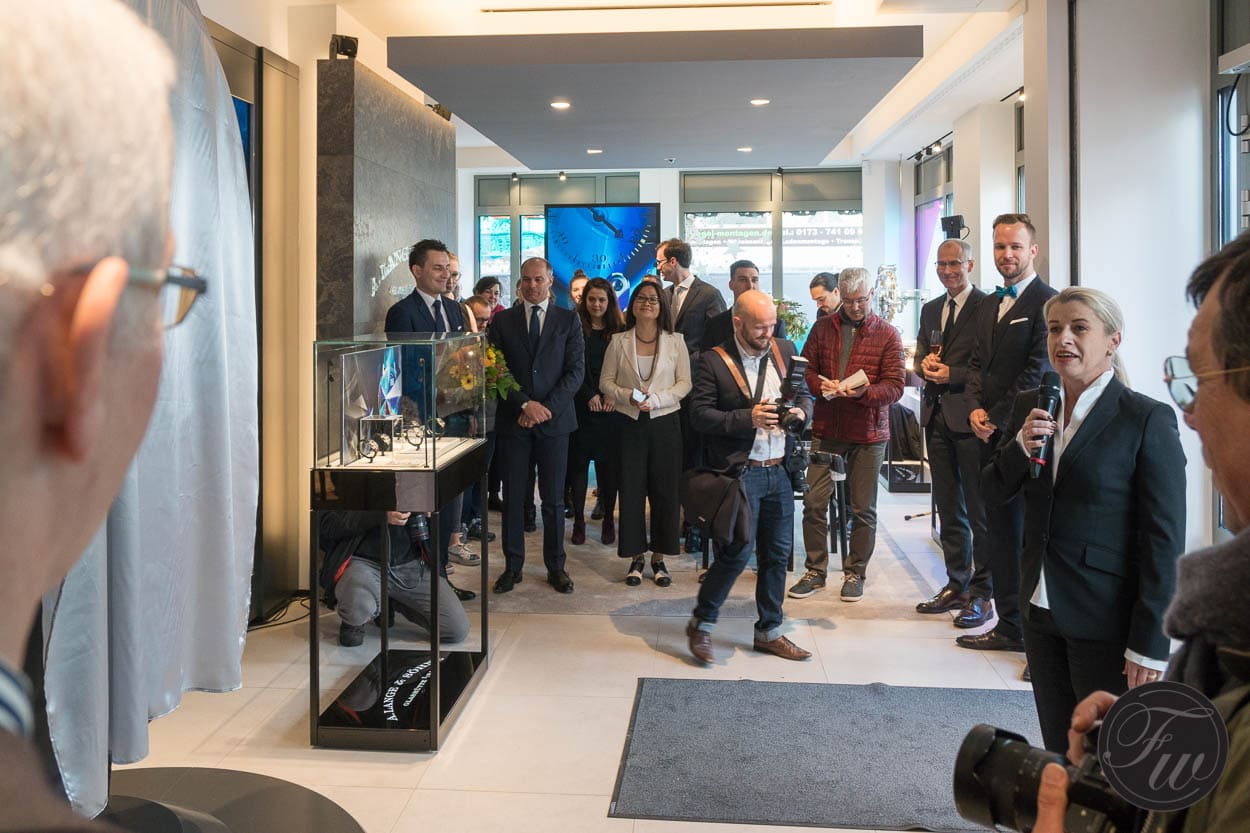 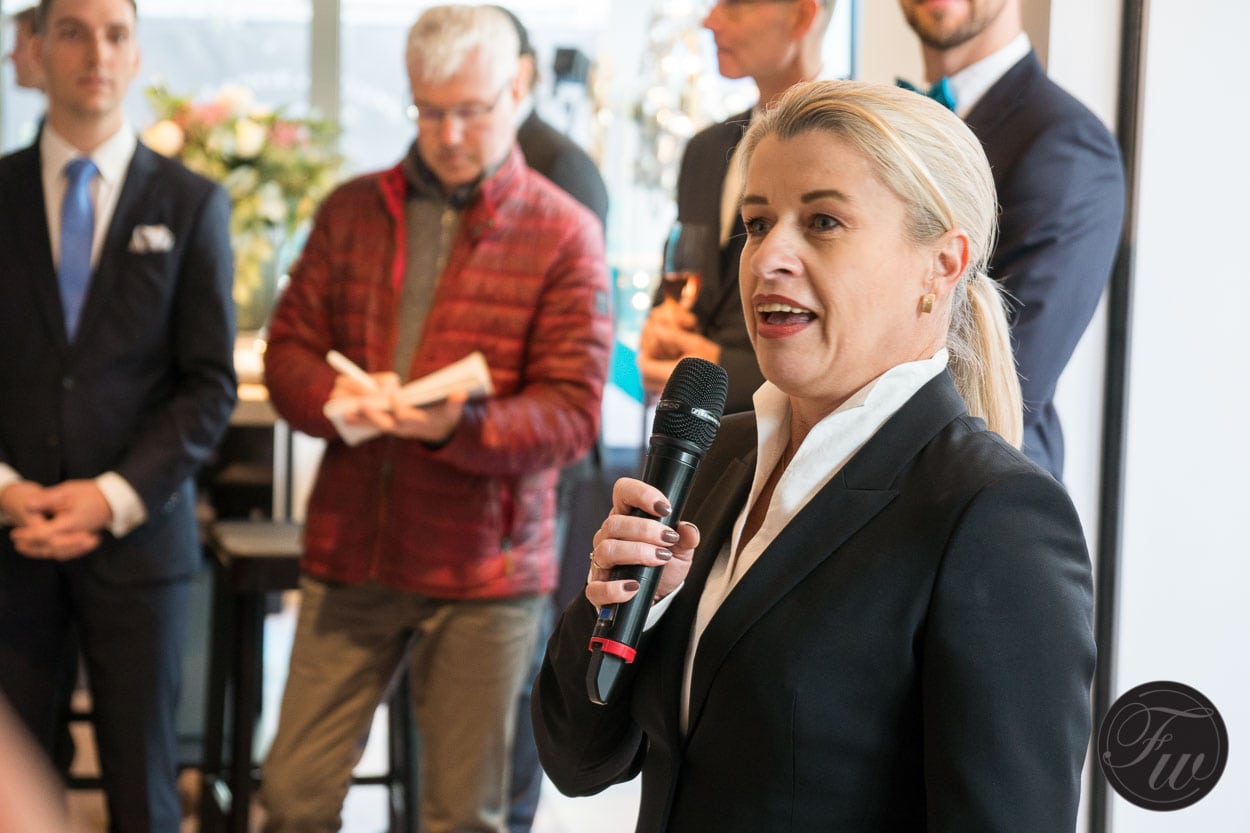 After the official opening, we also witnessed the presentation of the new Datograph Up/Down Lumen which was unveiled at 14:00 sharp. Just across from the entry the XXL display version of the watch was presented. We already had the opportunity to see it in the metal and reported about it last week with live photos. Again we had the opportunity to see the watch in the (precious) metal. 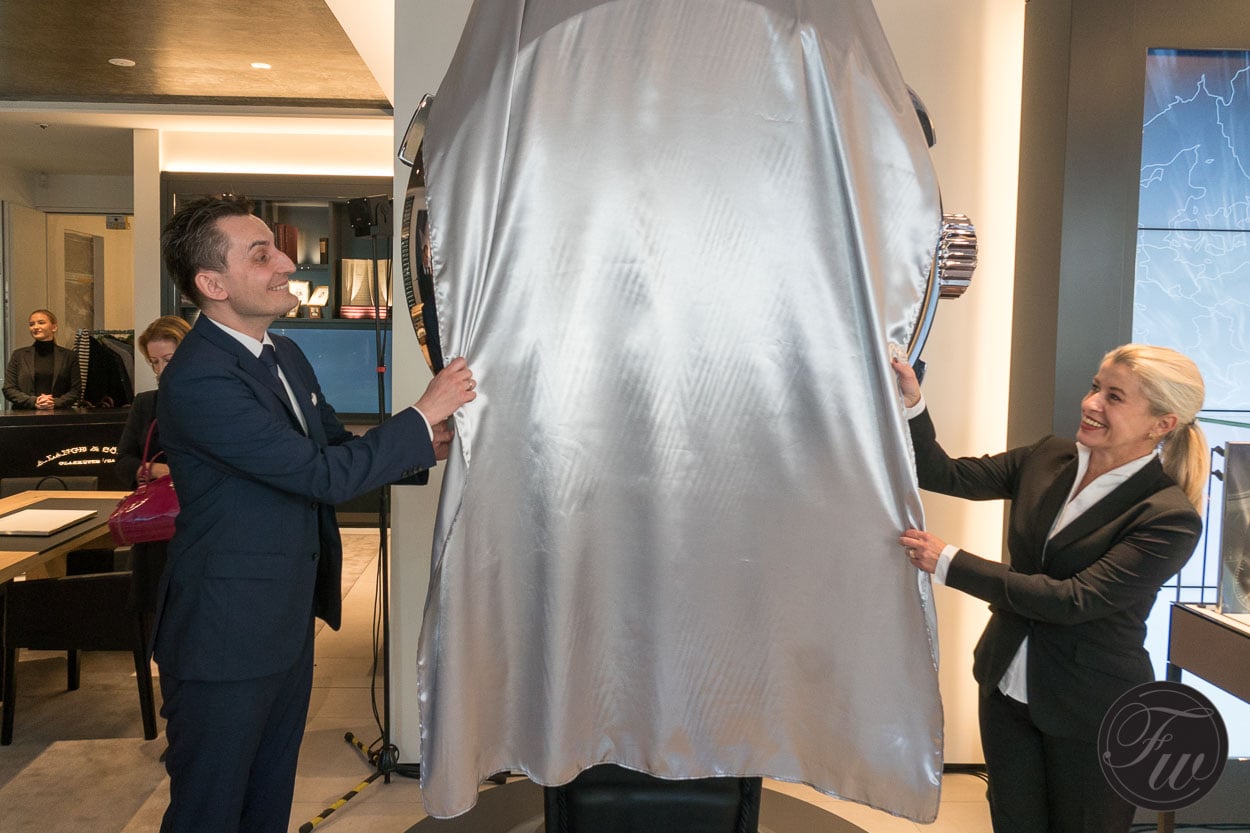 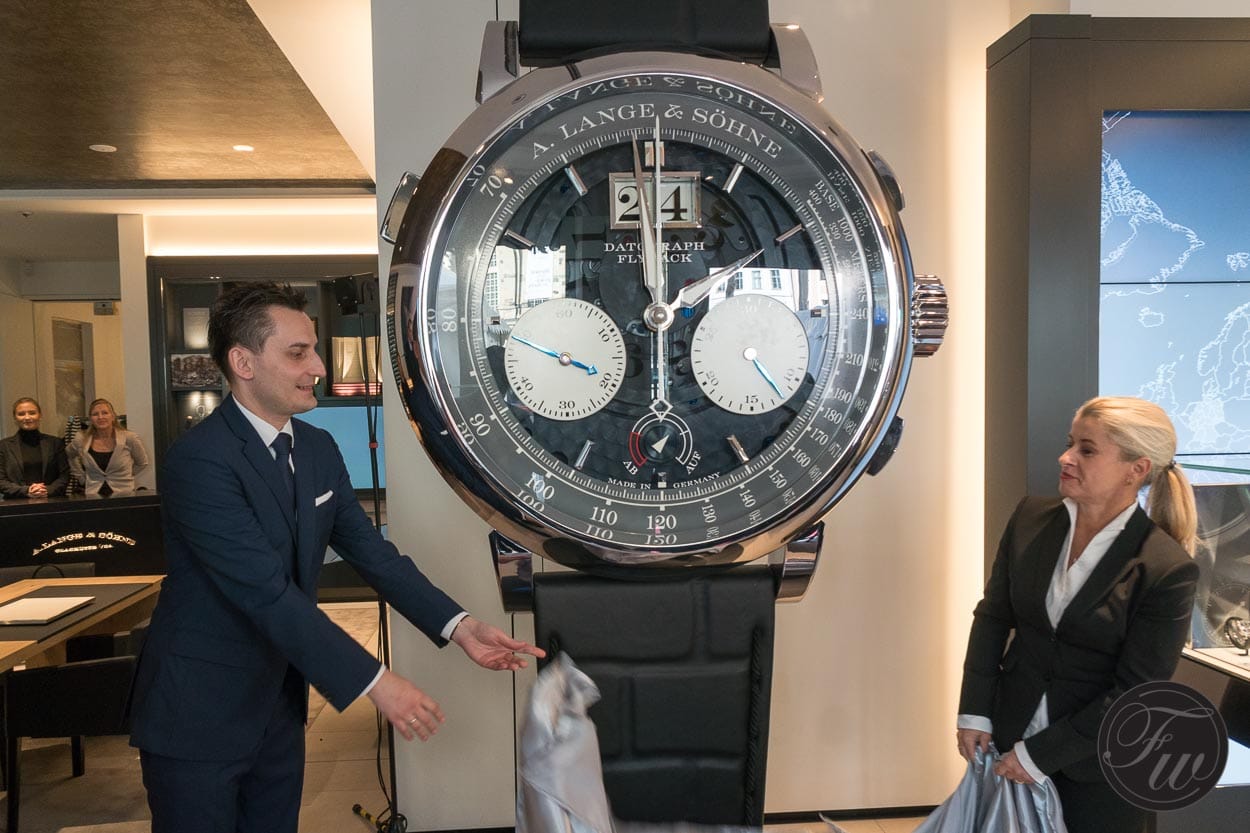 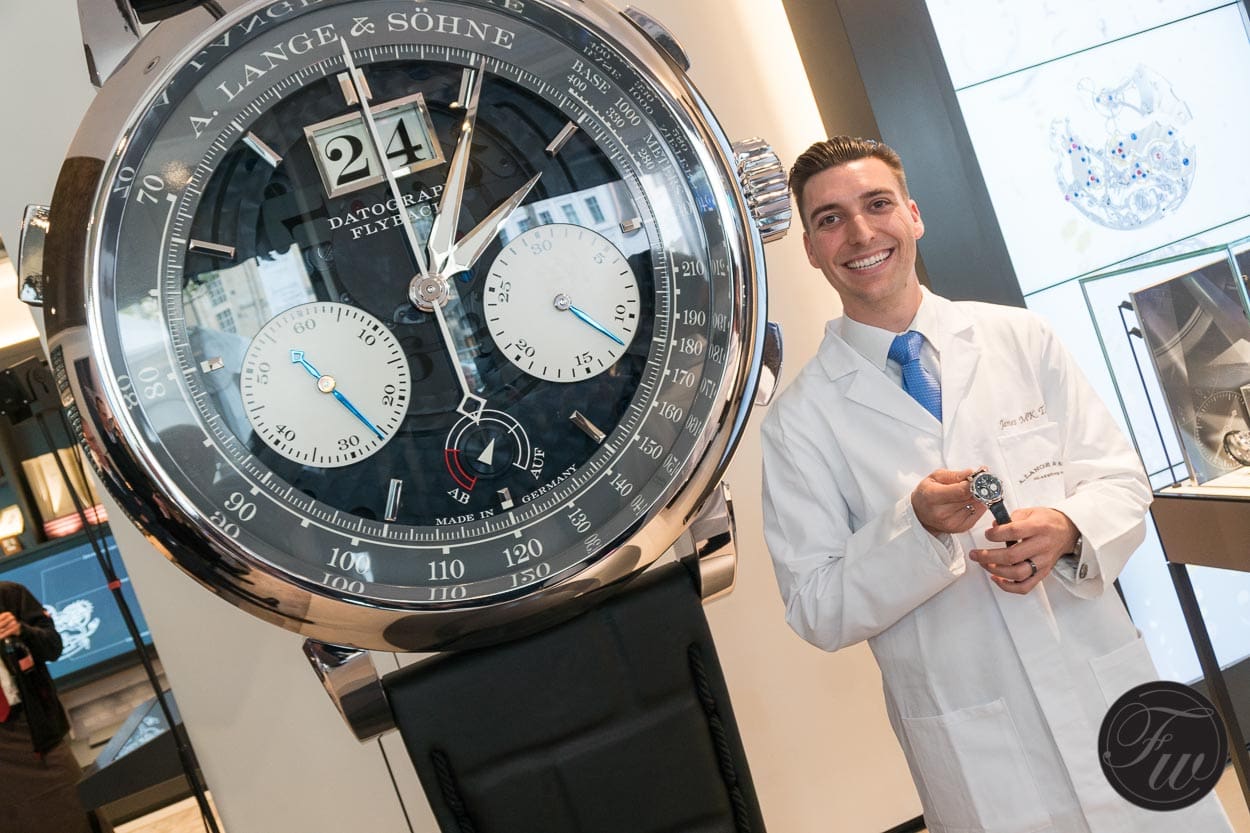 Shortly after the official opening came to an end. Many thanks to A. Lange & Söhne for the invitation and their hospitality. For more info make sure to visit the official website here.