The Q Timex Welcomes A Brother — The Timex M79 Automatic

It's all about the sweep
Tomas Rosputinsky
comments 0
Share

Timex is enjoying something of a renaissance. After last year’s run of unexpected throwbacks, the American-born brand returns with an old school automatic buddy for the Q Timex — the Timex M79 Automatic.

You’ve heard of flippers, right? No, not the dolphin. Those people that buy that they plan on re-selling. Often, they’ll have a deal in place before their purchase has even arrived at their door. Competing against ultra-vigilant flippers can be a real headache for genuine collectors. With wild eyes craving for a quick profit, they are famously short on scruples. Regrettably, this kind of behavior is becoming ever more commonplace. You might well expect greedy speculators attempting to order several Omega Speedmaster Speedy Tuesday Ultraman watches, but witnessing flippers hoarding new releases from Timex? I mean, no offense to Timex, but that’s a different ball game altogether.

The campaign promoting the new reissue was just as exciting as the watch itself. A faithful comic book movie showing a boat chase on River Thames in London set the mood. Just one look at the Q Timex 1979 and you could not deny 70s origin. Sharp lines, hidden lugs, 38mm diameter. You should hate the strong resemblance to Rolex GMT, but the execution is just so original its famous simile won’t even enter your mind.

Bold colors demand your attention, as does the bracelet. I am not sure if I saw a better vintage-inspired bracelet in the last few years. It looks like a Milanese mesh seduced a Rolex Jubilee bracelet, and, nine months later, this svelte hybrid was born of the union. And did I mention the acrylic domed crystal? The inclusion or omission of there small details is what makes any reissue a success or failure. Thumbs up also for functional battery hatch from original Q Timex. 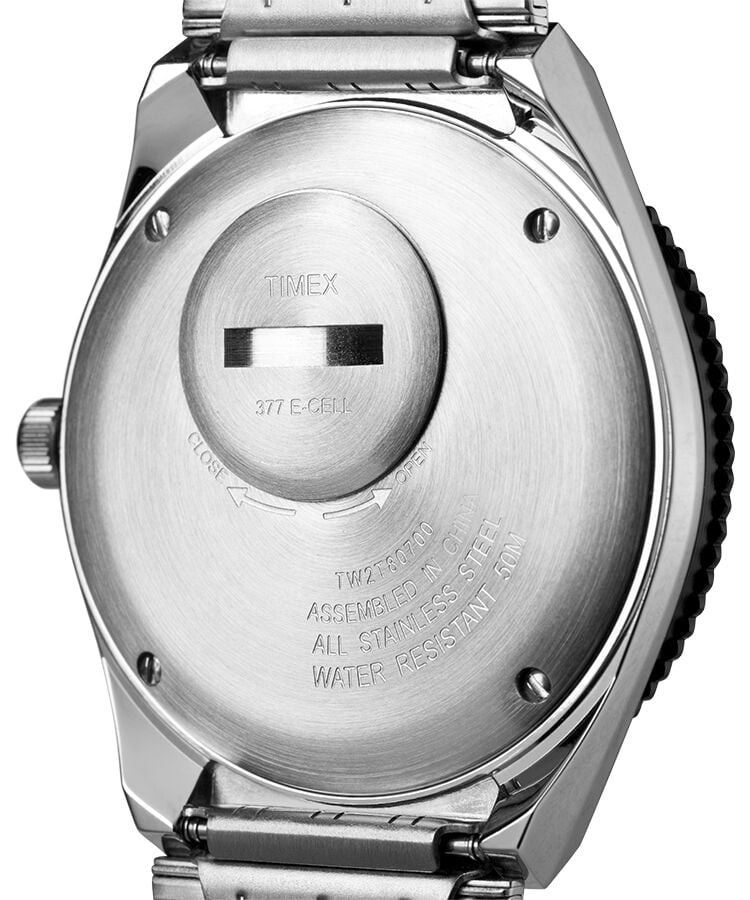 Combine all that in an affordable package and you will understand why the Q Timex 1979 sold out almost immediately. A price tag of $179 was cheap enough to bring the flippers out in force. Minutes after the sell-out, you could find them online for double the price. If I have a 15-years-old teenager at home, this Timex with non-ratcheting bidirectional bezel would probably a watch he would be gifted. I would have been seriously annoyed if these flippers had forced me to explain to my non-existent teenage son why he’d be getting yet another Rotary for Christmas.

The story goes on with Timex M79

The Q Timex diver is obviously Quartz powered. An inexpensive Seiko SII Epson PC33 movement trembles away within its steel housing. You don’t need an Ivy League degree to guess what the “M” in the new Timex M79 stands for. As we recently featured Timex S1 by Giorgio Galli or Timex Navi XL, both with an automatic movement, the M79 code name was easy to crack. 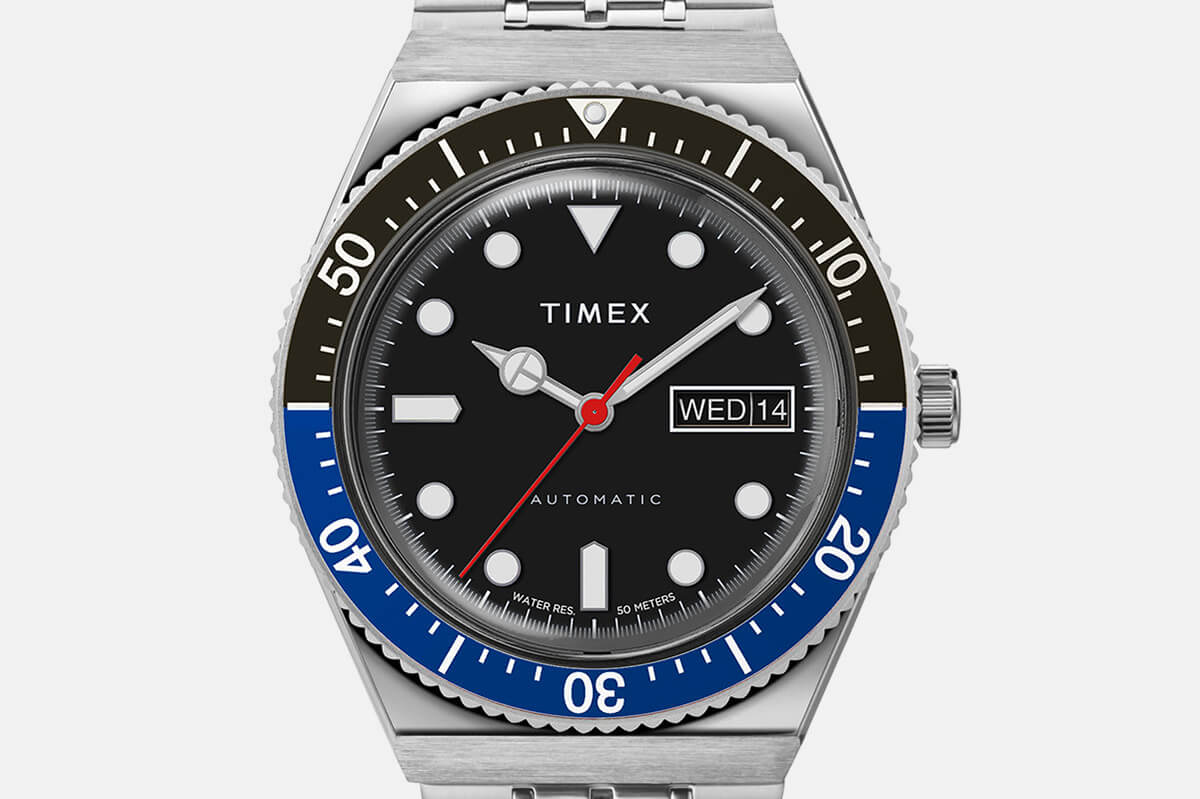 A redesigned bezel in Batman-team colors is great, though I am not sure about the red central second. I think I would be more comfortable with a blue one. Pleasingly, the 21-jewel mechanical movement at the heart of the M79 Automatic is visible through an exhibition case back. The only drawback? This model is a full 2mm wider than the Q Timex. No matter my diameter preference, I am pretty sure the first batch of Timex M79 will disappear as soon as morning croissants at your favorite coffee shop. Hurry over to timex.de where the watch is currently available for €279. Learn more here.