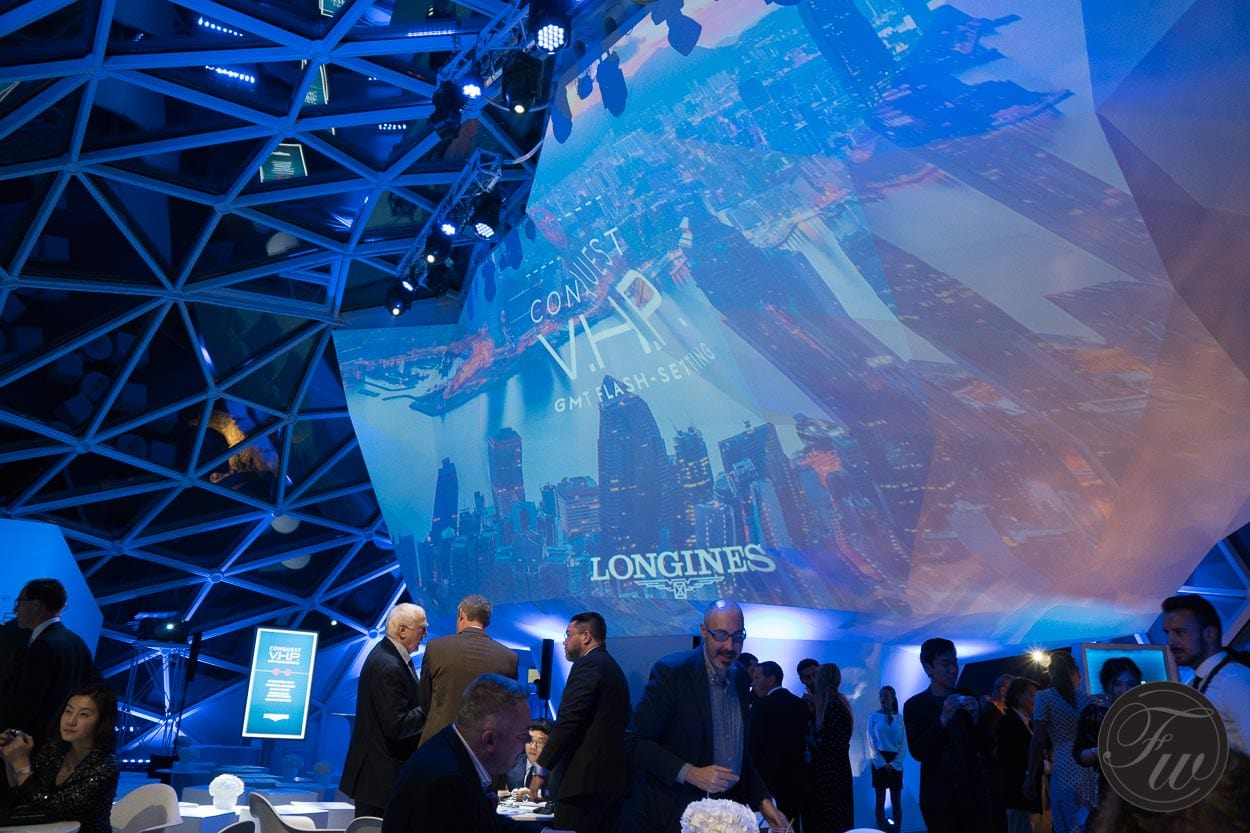 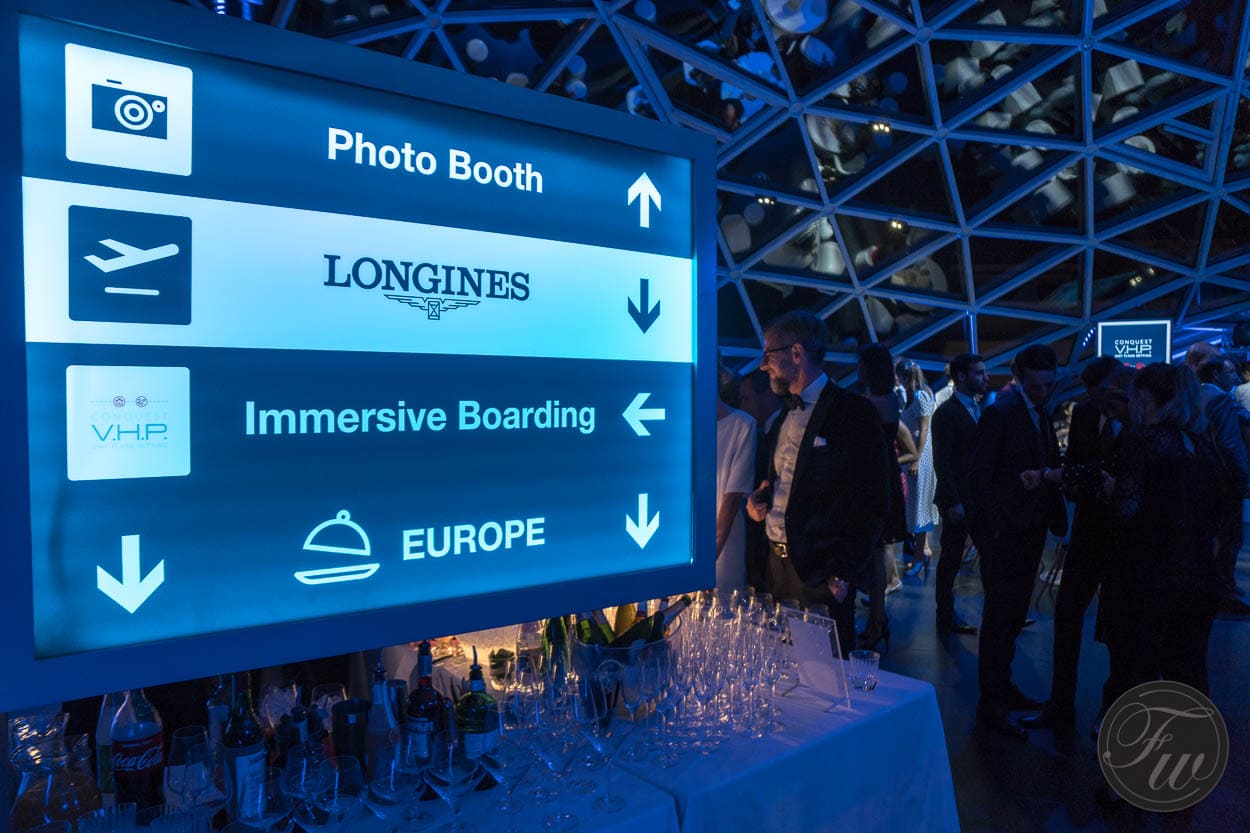 After all guests had gathered at the ‘La Lanterna‘, the man himself, Walter von Känel (president of Longines) with Juan-Carlos Capelli (Vice-President and Head of International Marketing) at his side presented the addition to the V.H.P. line. Proudly presenting the Longines Conquest VHP GMT Flash Setting. As this new watch is aimed at globetrotters, the event and the launch of their new media campaign is focussed on travelling. 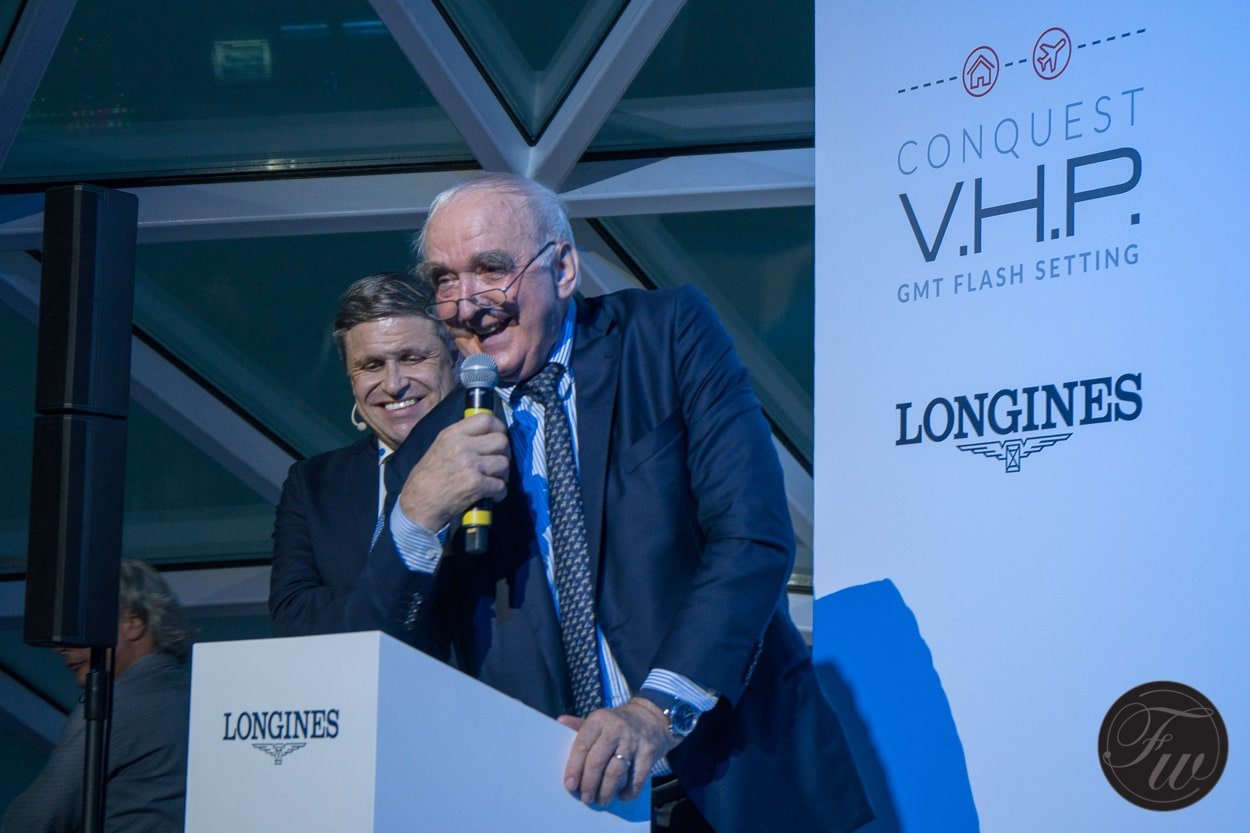 We learned that the Longines Conquest VHP GMT Flash Setting has may similarities with the other V.H.P. models. Yet it comes with a few interesting added features. The name V.H.P. stands for Very High Precision which comes down to accuracy of ± 5 secs per year. Something which is quite incredible already for a watch. On top of that it comes with a GMT function and an additional way to set the watch to the utmost precision. Apart from the usual crown setting of the watch this watch can be adjusted through an app on your mobile phone. 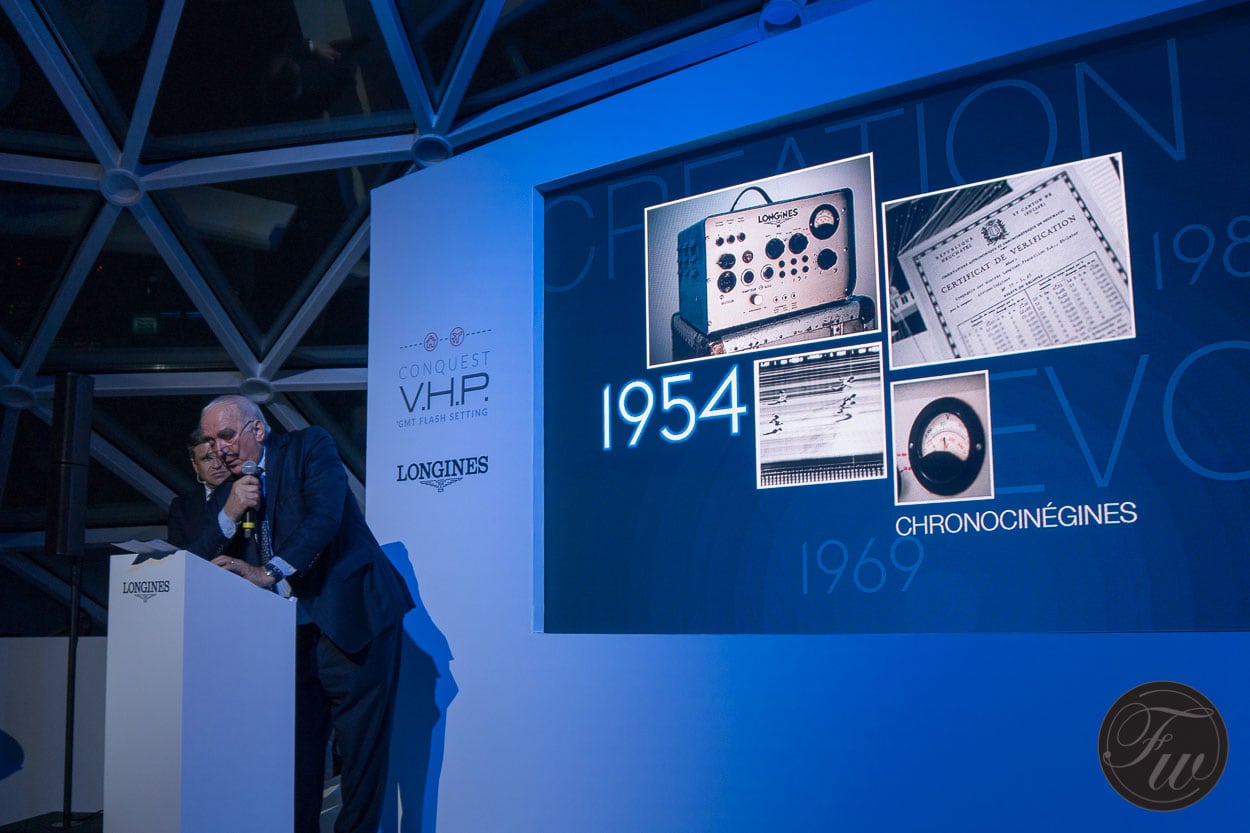 For this VHP GMT version the same movement was used as for the earlier launched VHP models. For the extra features this movement has an added module which includes a tiny photo-detector sensor. This adds about 0,3mm to the movement and height of the case. Something you will hardly notice on the wrist. 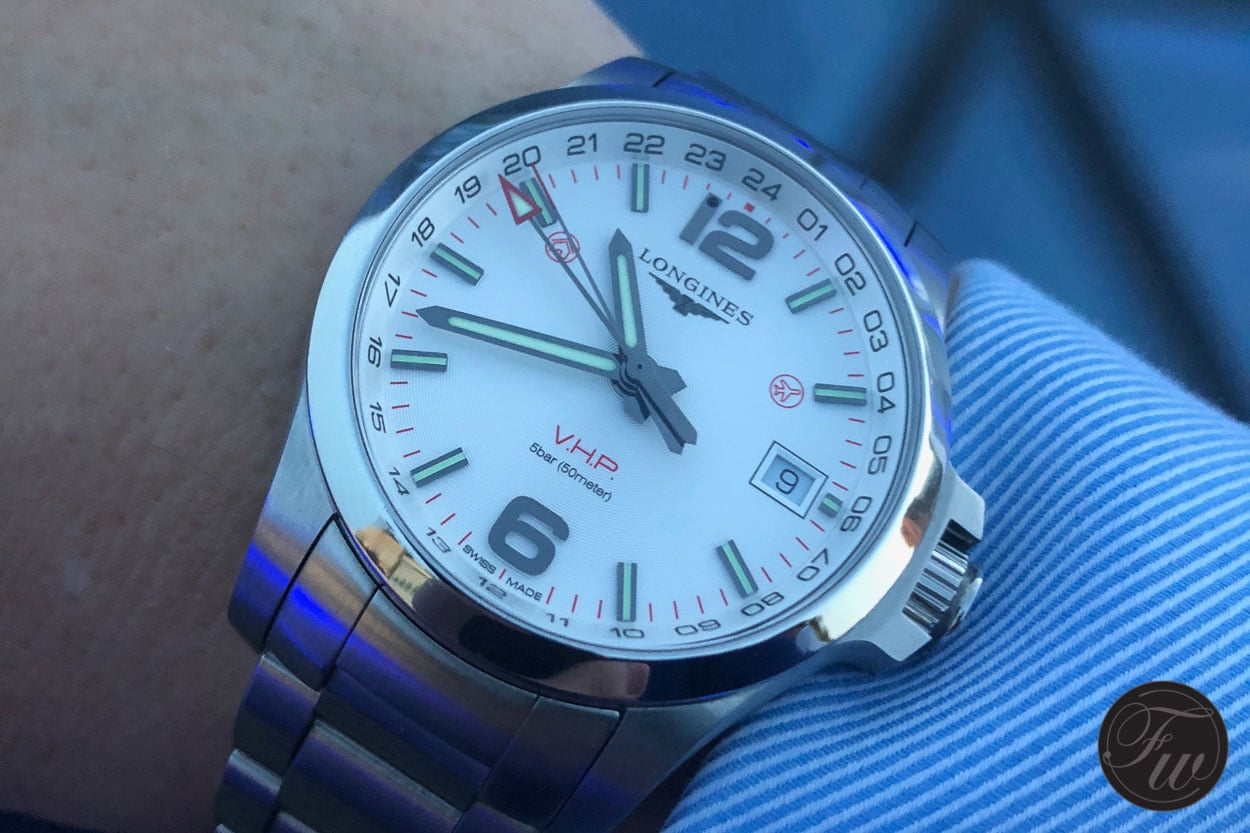 On the dial there are 2 symbols which are located at 10 and 2 o’clock. These resemble a home and travel time which are indicated by a house and plane symbol. When pressing the crown briefly the seconds hand either moves to one of the symbols which indicates the selected time zone. From there you can set the selected time zone by hand. Yet the interesting thing is the time setting with the app which is as precise as it can be. The app uses synchronised time and allows you to set the home or travel time with the push of a button. 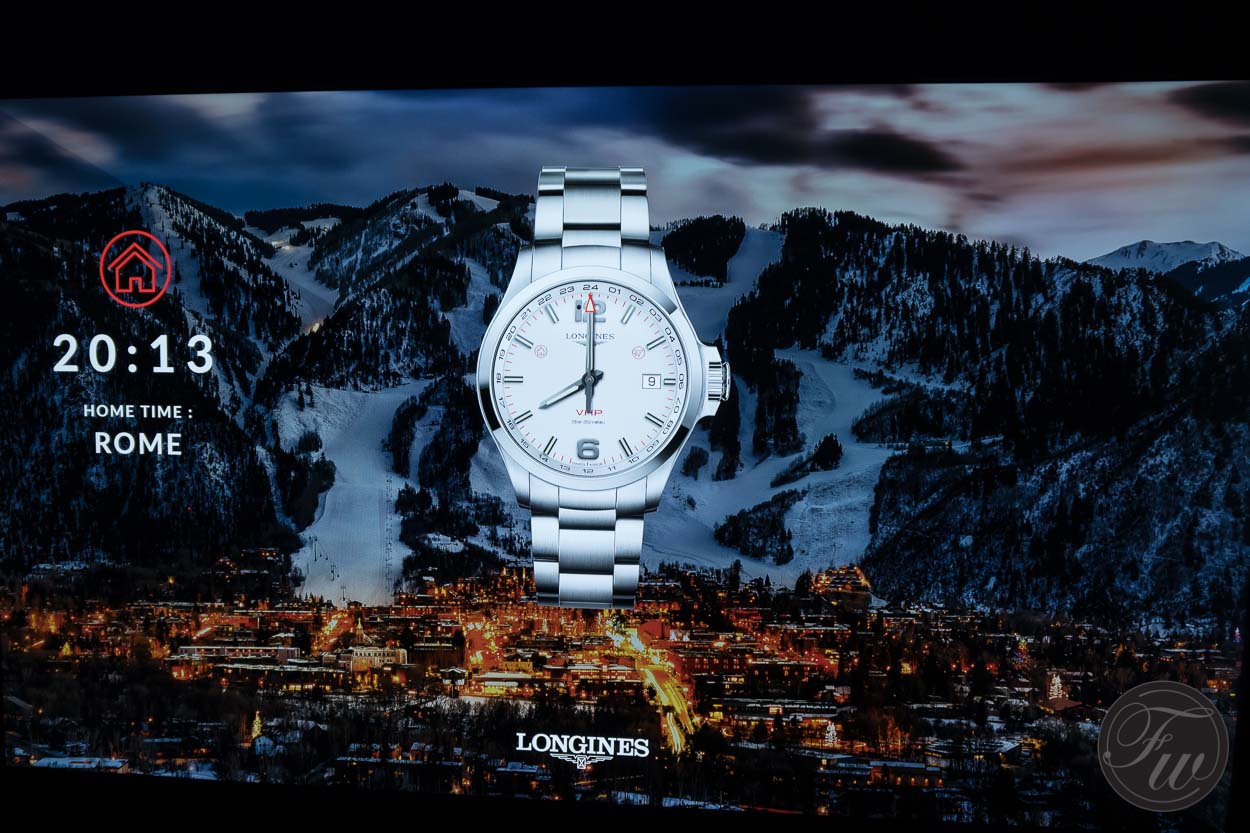 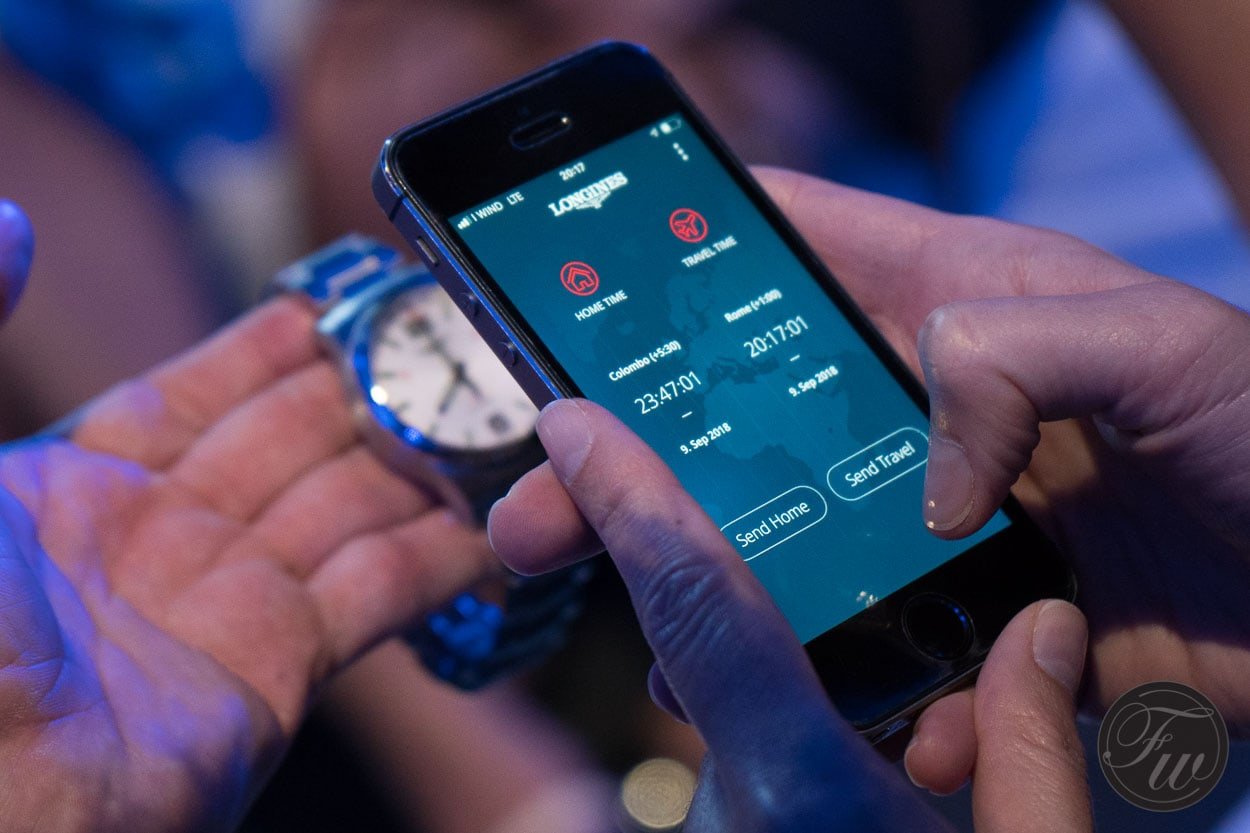 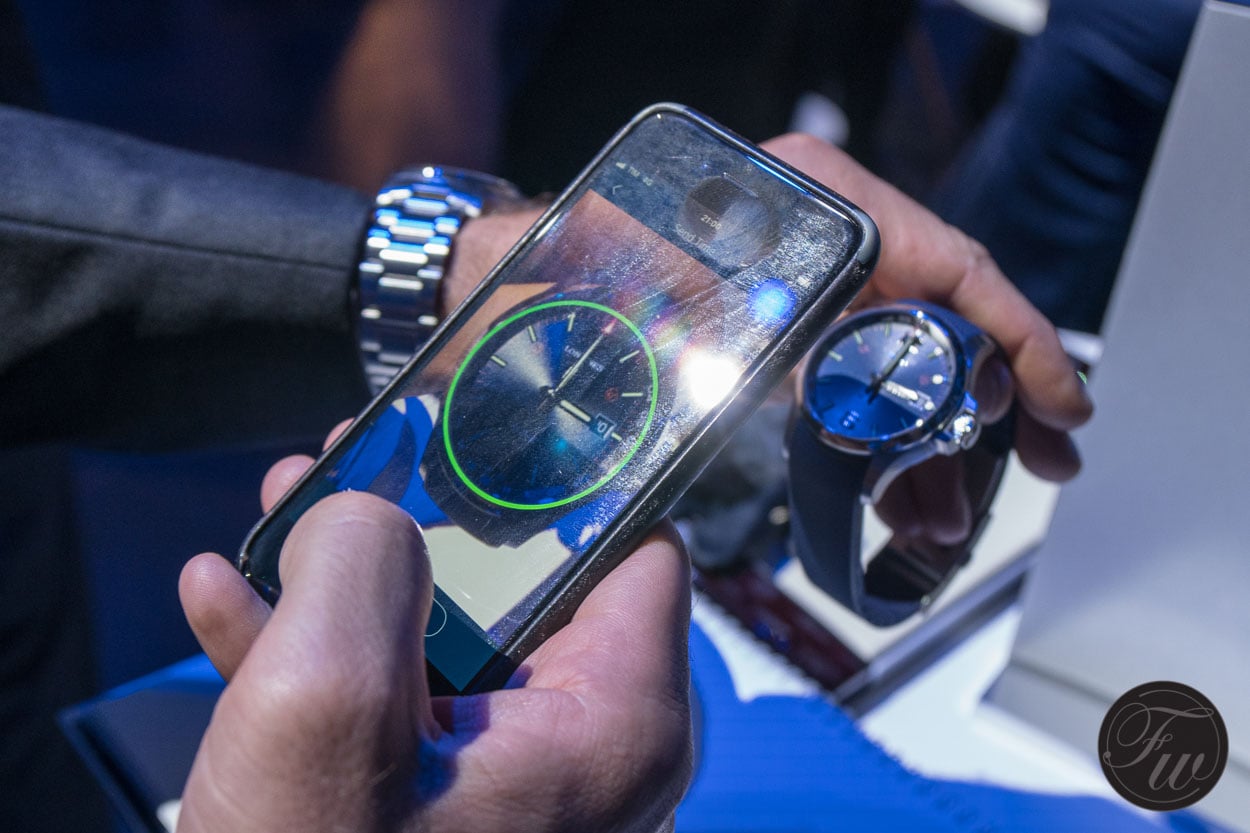 After setting the watch to the Flash Setting you place the camera of your phone over the dial. When done correctly a green ring shows that it recognised the watch. After pressing either home or travel time on the watch the flash strobes in a certain pattern. If you look closely at the dial you will notice a tiny hole in the 1 of the 12 o’clock marker. This is a photo-detector sensor which reads the strobe and adjusts the time accordingly. When giving it a try we learn this works flawless. As mentioned this is the most precise way to set the watch as time on your phone is synchronised online.

As mentioned earlier the Conquest VHP GMT Flash Setting comes with all the specifications of the VHP line. Its movement is precise to just ± 5 secs per year. Has a magnetic field protection that stops the movement when interference goes above a certain level. While continuing timekeeping, when the magnetic levels are back to normal the movement corrects to the actual time. 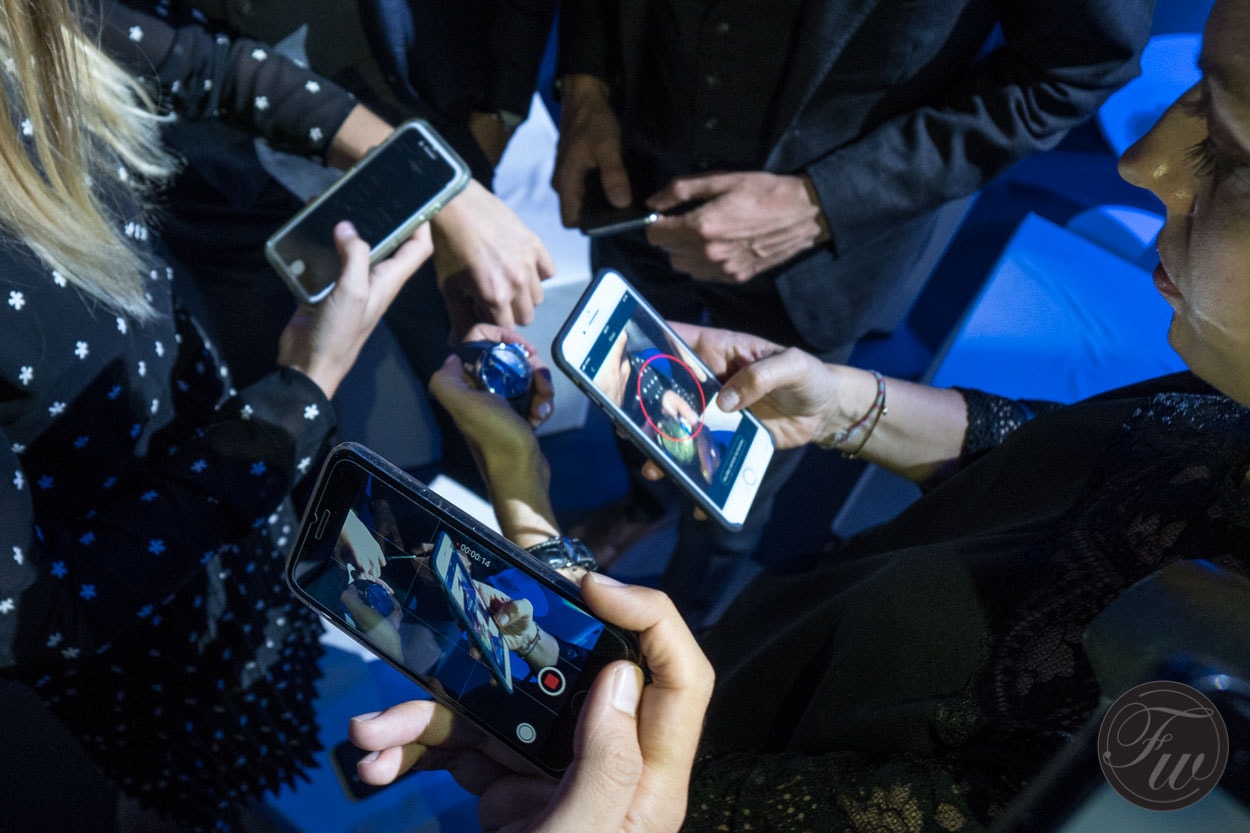 With shocks up to 500G the same thing happens and the watch is corrected automatically. With the smart crown you can make small or large adjustment using  slow or fast rotations. On top of that it has a perpetual calendar and long-life battery which guarantees a battery life of at least 4 years. An end of life indicator will make the seconds hand move 5 seconds at once. 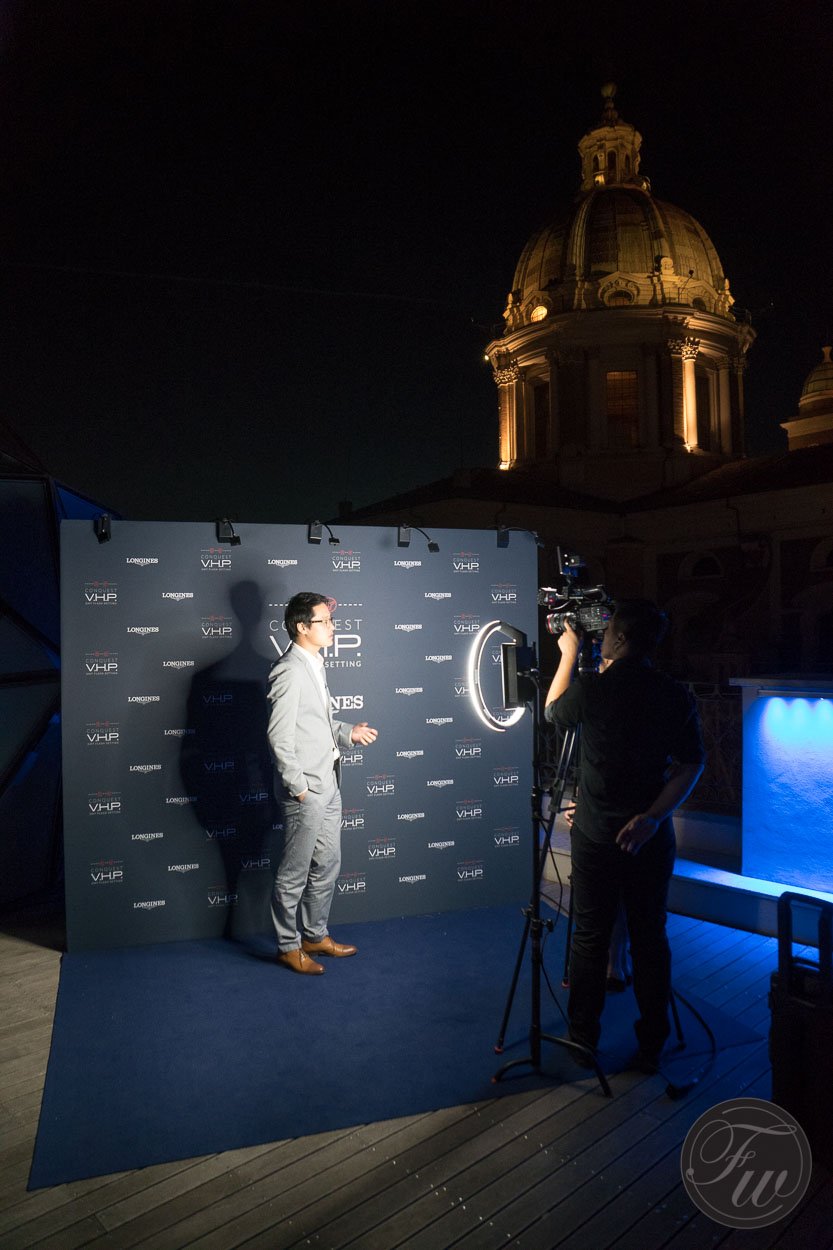 The Longines Conquest VHP GMT Flash Setting will be available in 41 and 43 millimeter. During the presentation the silver, blue and carbon model were on display. Depending on your taste and preference it’s available with a metal bracelet or rubber strap. Just like the standard version it will be available in a black DLC version also. Pricing starts at 1.250 Swiss francs depending on the configuration. 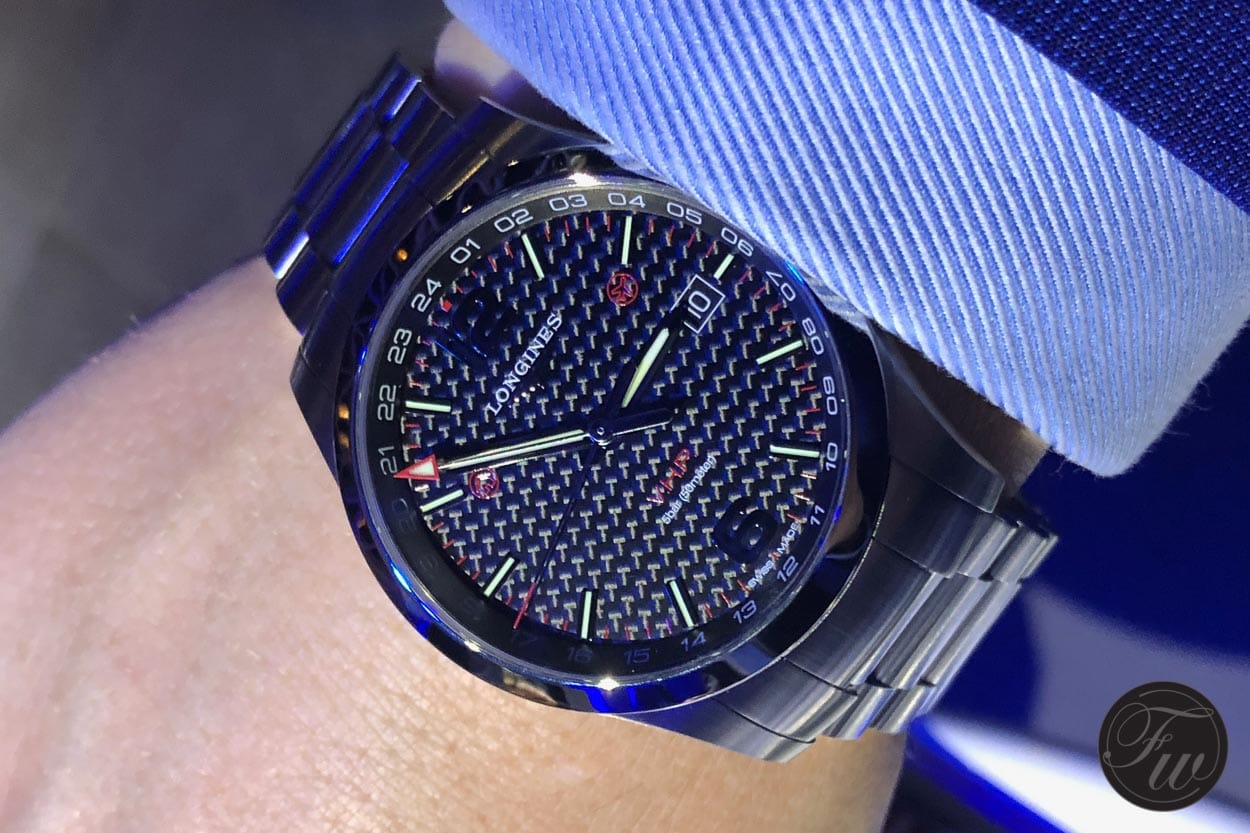 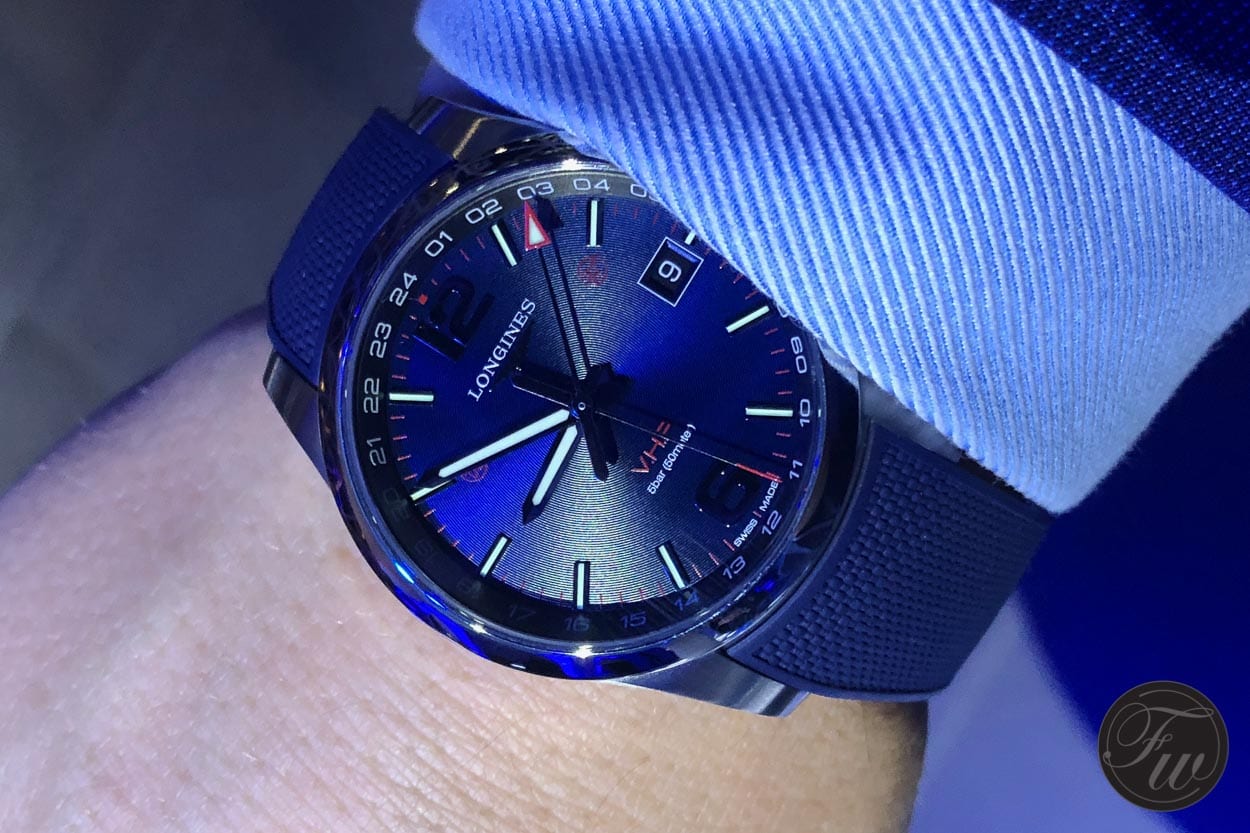 As Longines is closely linked to sports, the presentation was combined with Longines Global Champions Tour. Prior to the presentation we joined Longines to the fifteenth leg of this global challenge. Being surrounded by 59 (originally 60) classical marble statues of the Stadio dei Marmi. Each depicting different sports. We saw the world’s best riders and horses race for the jumping competition trophy. 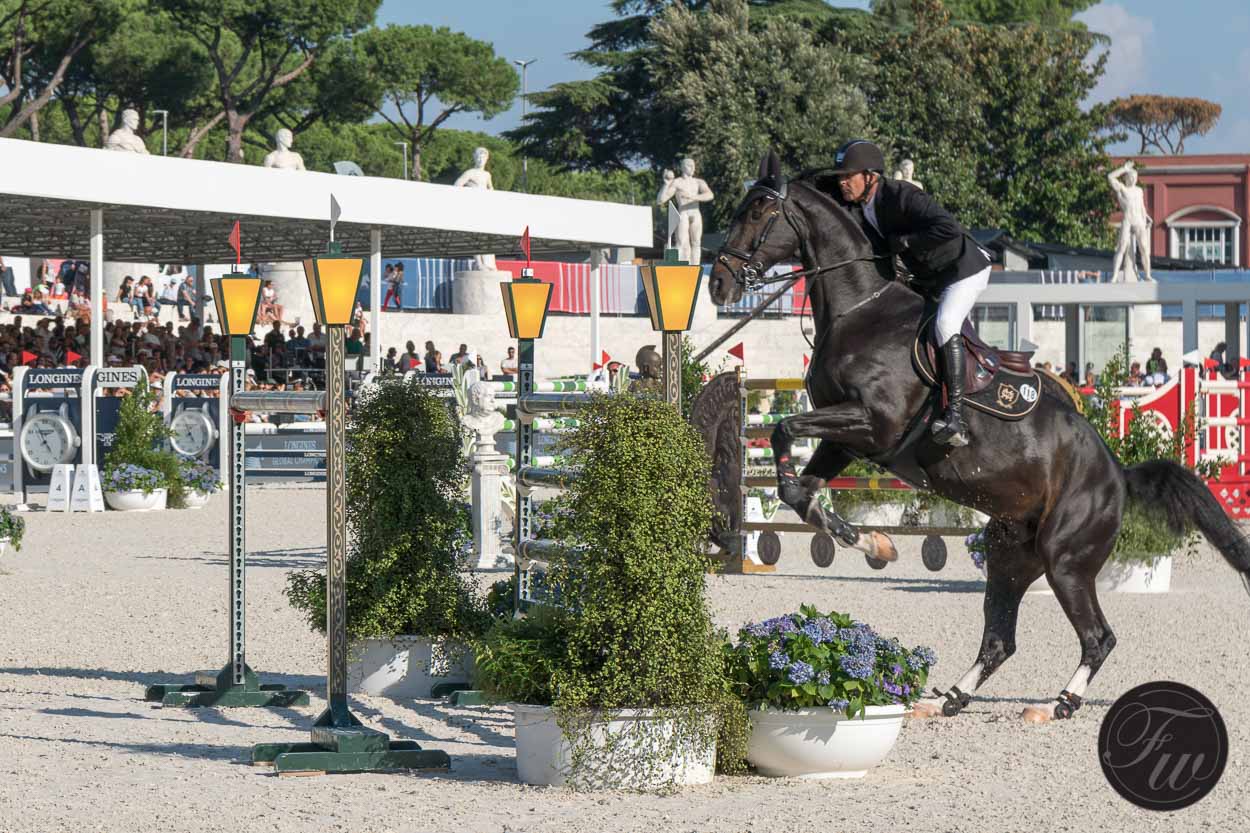 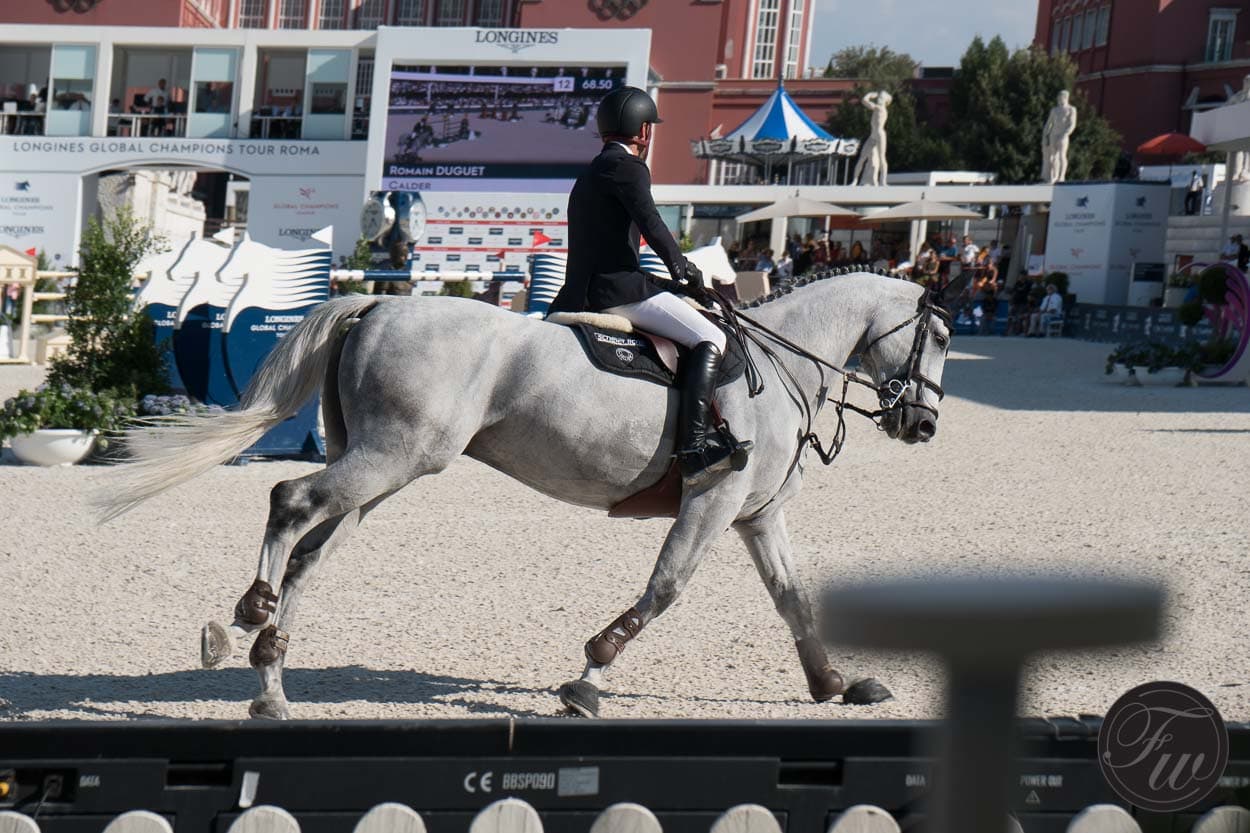 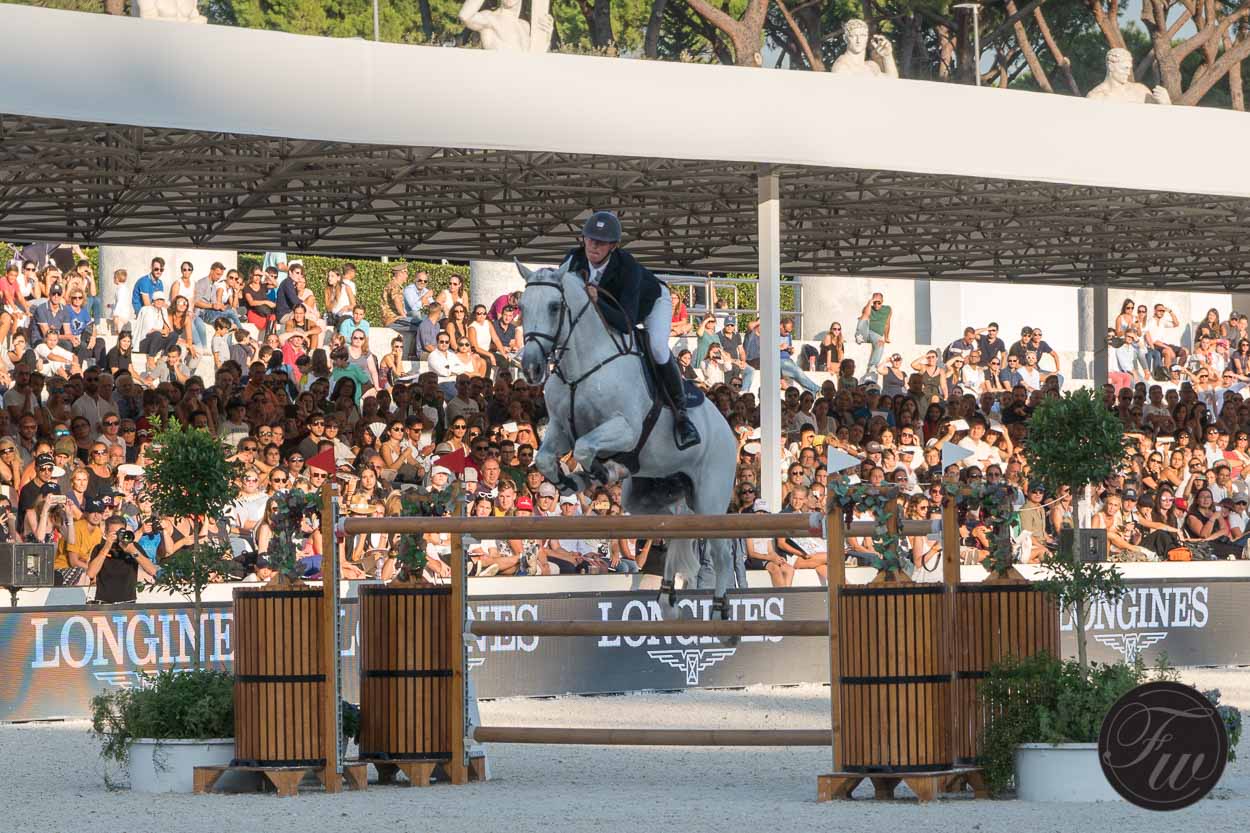 Even without much knowledge about equestrian sports in general it was very impressive to see. After the fast-paced competition we enjoyed an evening filled with a variety of shows. Including the ‘Lancieri di Montebello’ which is the only mounted squadron in the Italian Army. Fully dressed in a a late 19th century uniform with ash wood lances showing the equestrian skill and the historical formation of a cavalry regiment. 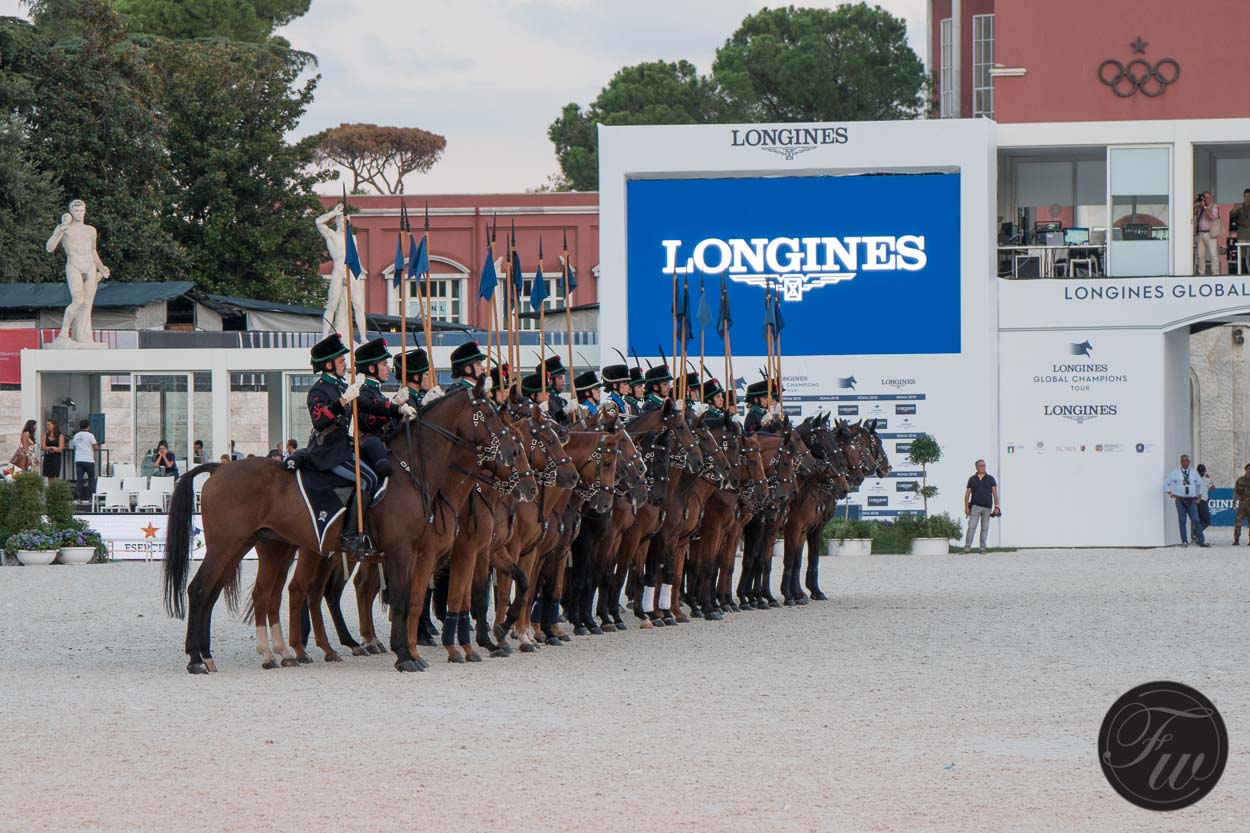 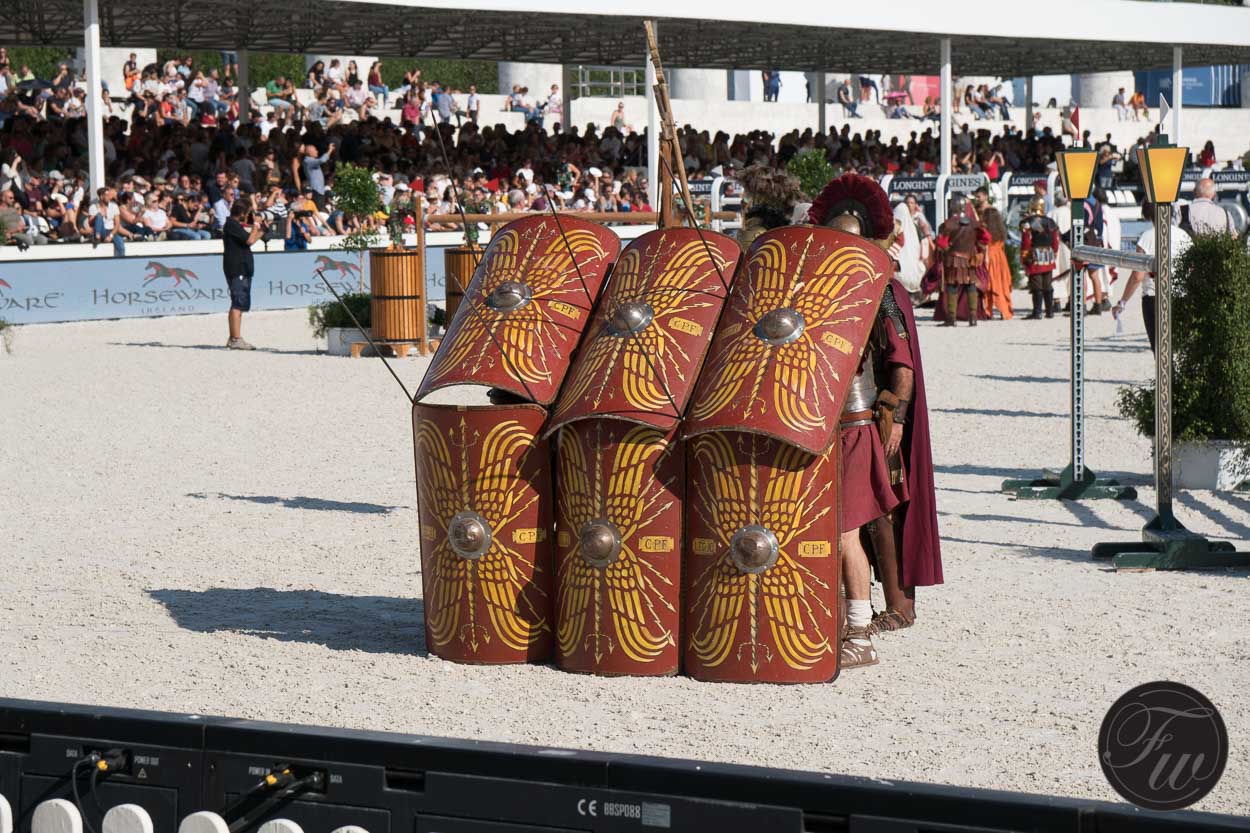 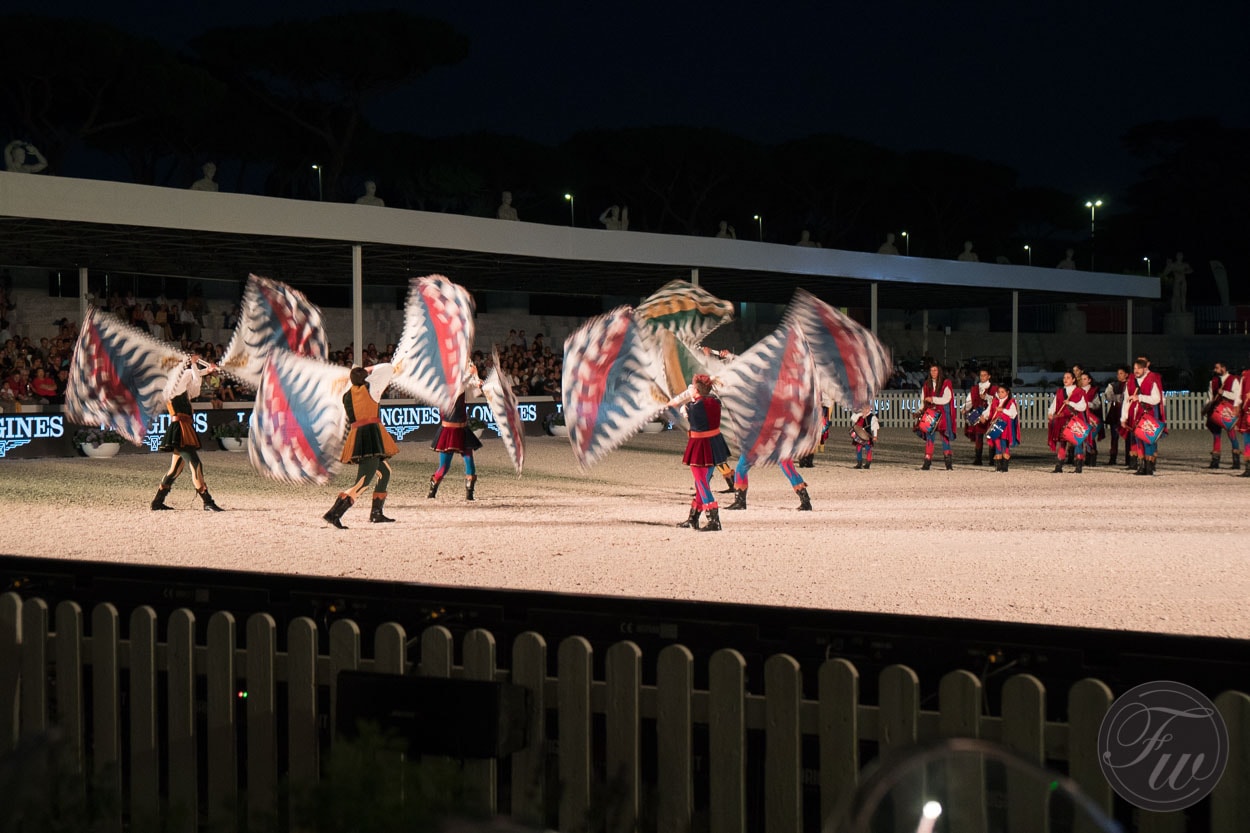 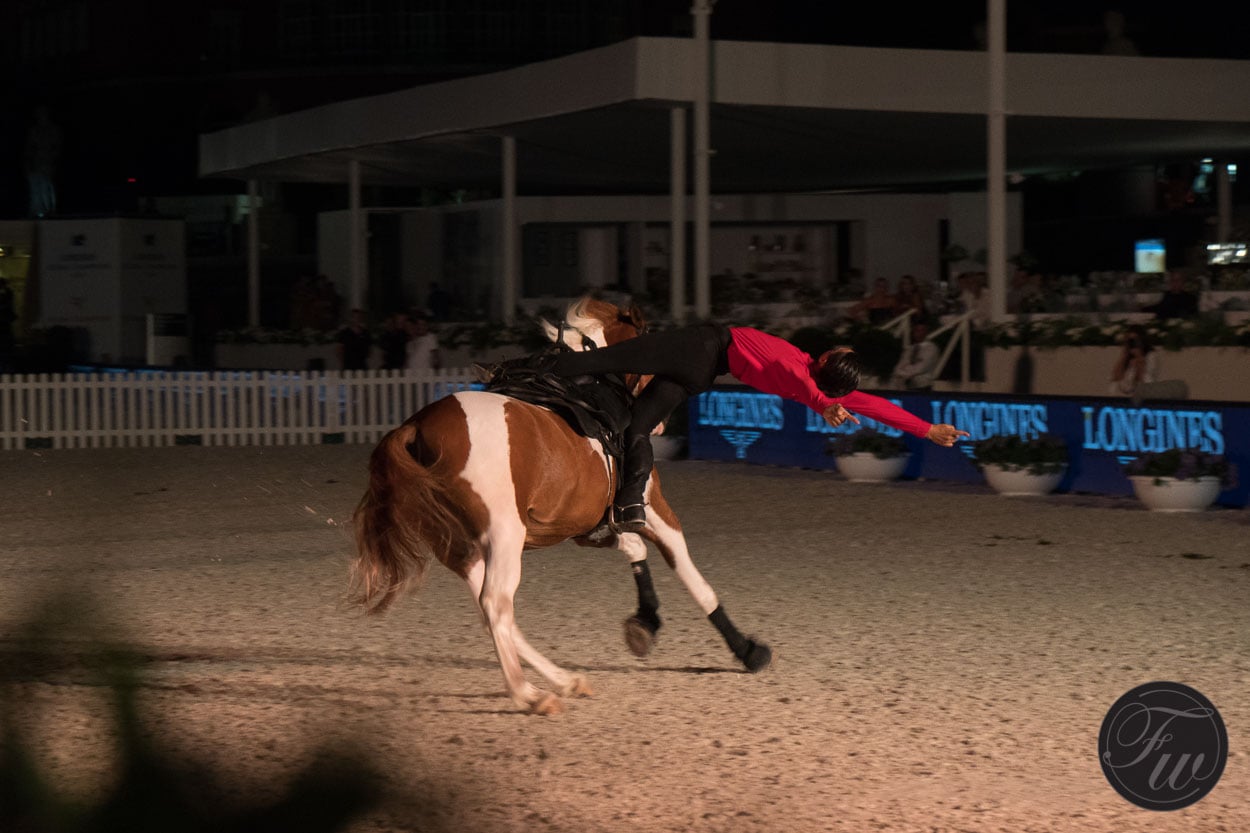 All together is was an action packed weekend in which we also had the opportunity to explore Rome a bit. Usually our trips are fully scheduled from arrival to departure. Being able to spend some hours exploring the place we go to is a luxury we highly appreciated. We thank Longines for the experience and hospitality during the launch of the Conquest VHP GMT Flash Setting.