The 1815 was my first high-end piece, acquired back in 2003. I still remember the sleepless nights and moments of indecision during the course of the decision process. Several other pieces were also in contention: the JLC Master Geographic; the Chopard 1.98; one of the Patek Calatravas; the AP Jules Audemars Automatic. 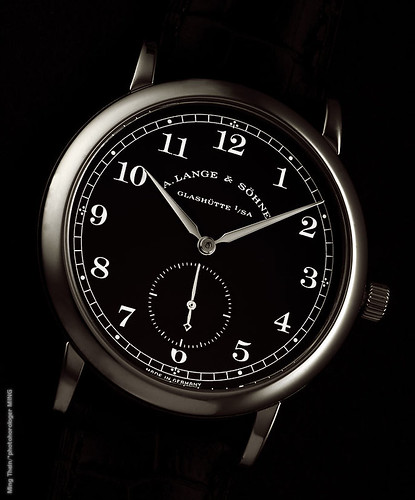 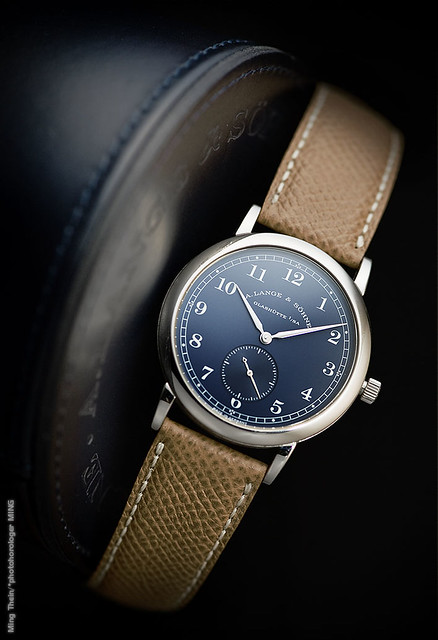 So why did I go with the 1815 in the end? Quite a number of reasons, actually. First impressions, the case had a heft that belied its size – and none of the others quite managed to convey the same impression of density. Then there was the dial color; a sublime dark blue that under some lights was electric, and under others, almost black. (The rest had plain black or white/silver dials). And of course there’s the movement: at one point, I had all of the watches on their backs, and the Lange just sparkled. It stood out. To me, it screamed special – I think it was the screwed chatons that did it. 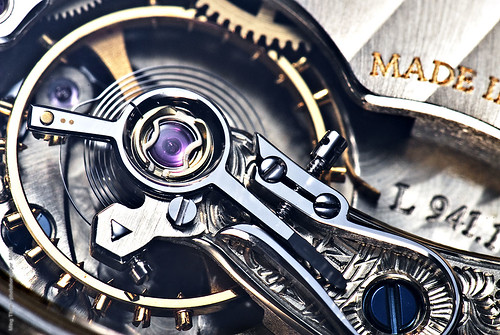 I wore this watch almost every day for a number of years. During that time, many details in the design became apparent – intelligent touches that one only notices and appreciates after spending time with the watch. For instance, the fact that you can always read the exact time to the nearest second – something not possible with all watches! There’s also the secondary crown tube that both prevents dust from entering the case, and gives the crown an incredibly solid, secure feel; the little counterweight on the second hand to reduce asymmetric wear on the movement train. 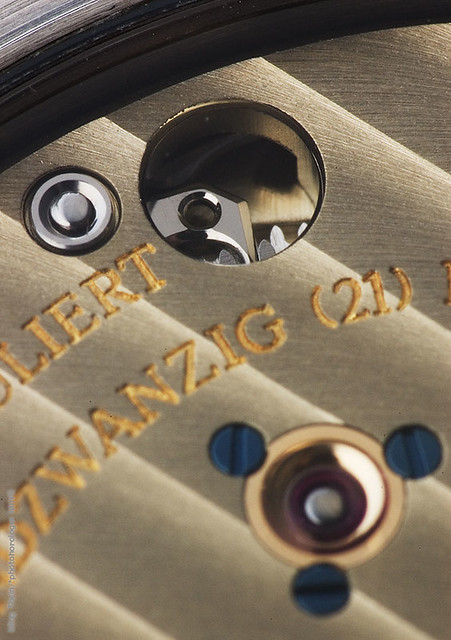 And those screwed chatons are not just there for decoration. With a ¾ plate, they’re necessary to aid reassembly; the plate can be put in place and the chatons added afterwards, allowing the watchmaker to locate each pinion at his leisure individually. The ¾ plate itself is both a nice historical touch, and a good piece of engineering – it increases rigidity of the movement, which should aid timekeeping and long term durability. Not that this watch requires it; the case is constructed as a massive solid biscuit of gold. Even the pin buckle is designed in such a way that it bends the strap in the least possible way to preserve its longevity. (Useful, when a replacement strap costs as much as some entire watches.) 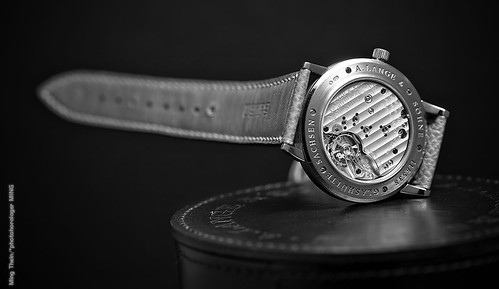 At some point, I attended an event hosted by a local AD where an engraver from Lange was present. I wanted to verify the persistent internet rumor that each engraver’s work is unique and distinctive, so I passed across my watch to him. He scrutinized the balance cock for a moment, looked up at me and said ‘this is one of mine!’. 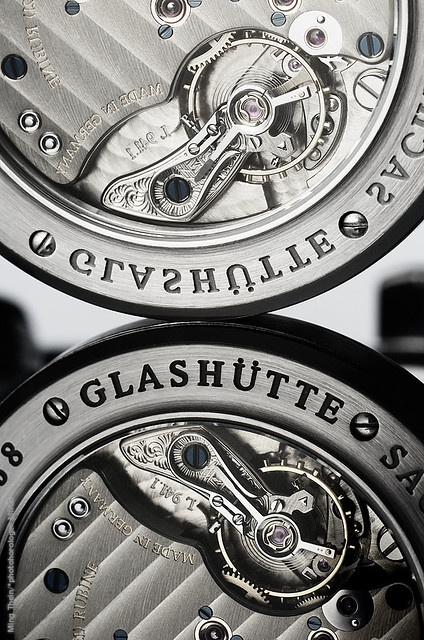 There is no new or unique technology in the movement itself – it is simply a supremely well executed piece of classical watchmaking, from the swan neck regulator to the archaic balance with poising screws. It winds by hand with a very smooth, damped, buttery feel; the sliding click design means that you don’t feel the ratchet action of the mainspring wheel like on other manually wound watches, but it does mean that you have to remember to backwind the crown a turn after reaching the limit to relieve pressure on the click. All in all, a very pleasant experience. 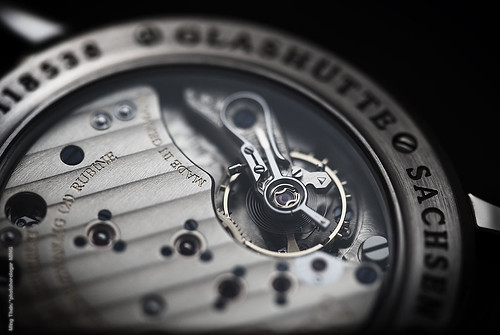 My watch ran for around 45 hours, timing about +3s/day on average. I only reset it when I switched watches or changed time zones.

You’re probably going to be surprised to learn that in 2009, I sold the watch. Why? Honestly, I felt like it was time for a change; perhaps time to let somebody else enjoy the piece. I replaced it with a JLC Reverso Grand GMT (reviewed here). Although I greatly enjoy the Reverso, I have no doubt that some years in the future, I’ll probably sell that too, so I can enjoy another piece. Who knows, it might well be another Lange. MT 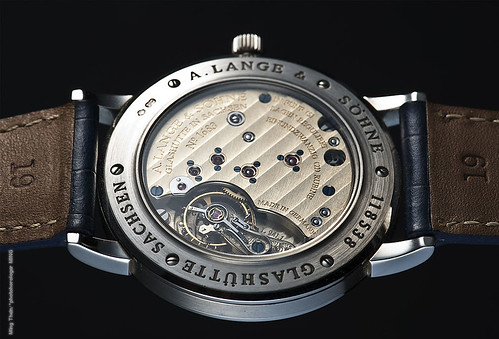