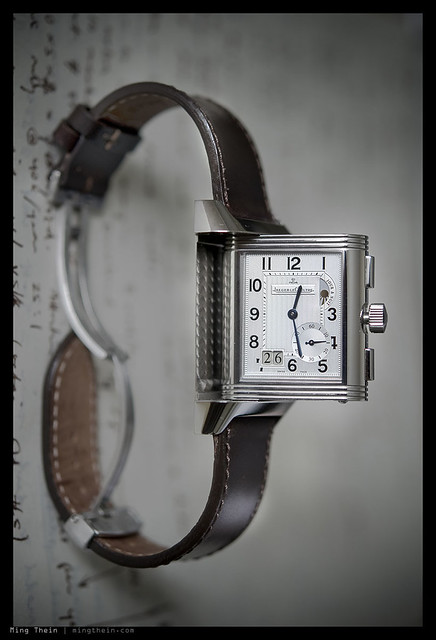 After many sleepless nights of deliberation, it was time for a change. I sold my Lange 1815 to make room for something new in the collection. What would it be? After much hunting and poring over catalogs and visiting dealers, I decided on a Jaeger Le-Coultre Reverso Grande GMT (RGGMT from here on) in steel. The standard alligator strap wasn’t very flexible or comfortable for me, and left the watch sitting high, so I went for the bracelet model. 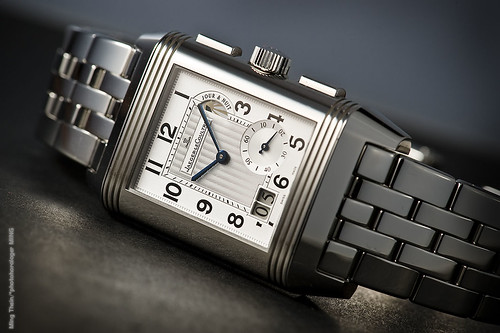 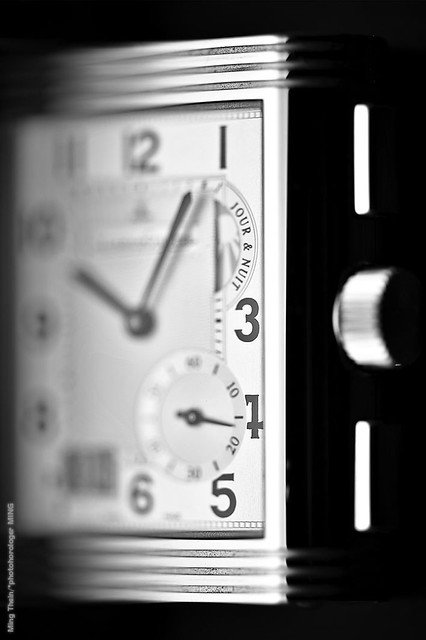 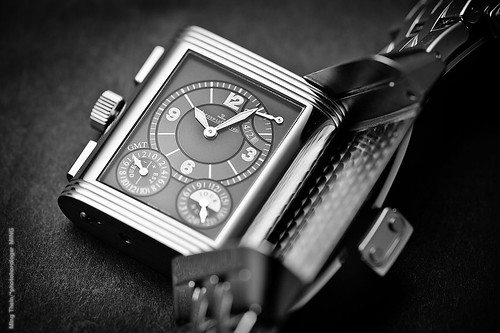 Let’s back up a little. There are three things that can happen to a watch after you’ve owned it for a while: either it grows on you, you like it as much as you did originally, or you grow bored of it and wonder what on earth possessed you to buy the damn thing in the first place. The 1815 was one of the former category. Living with it for six years just reaffirmed how much thought and refinement went into the design and execution of the watch. Would the RGGMT be the same? 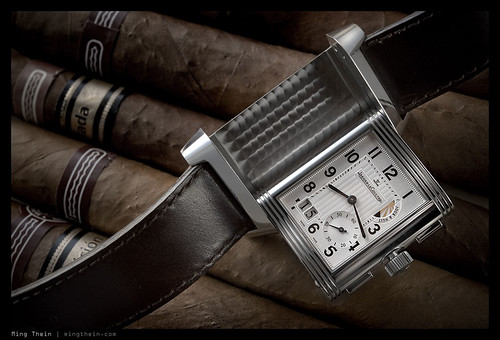 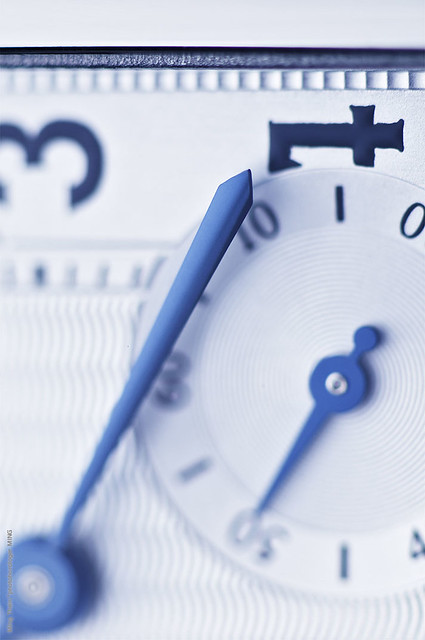 The RGGMT offers fantastic bang for the buck. Not only do you get an inhouse, shaped movement (the Cal. 878 with 276 parts), it has a useful complication – second timezone on a separate dial, settable by +/- pushers; it runs for eight days and displays remaining power reserve; day/night for the two timezones; subseconds; GMT offset of second timezone; and finally, a big date display. JLC also put them through their 1000 hour ‘Master Control’ timing and regulation test, which is evident in how well it keeps time. Oh, and it’s effectively two watches in one, because of the very different dials. What more could you ask for? 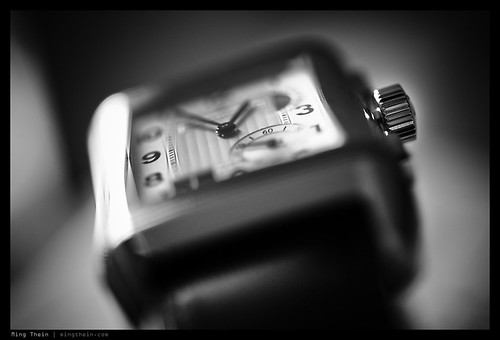 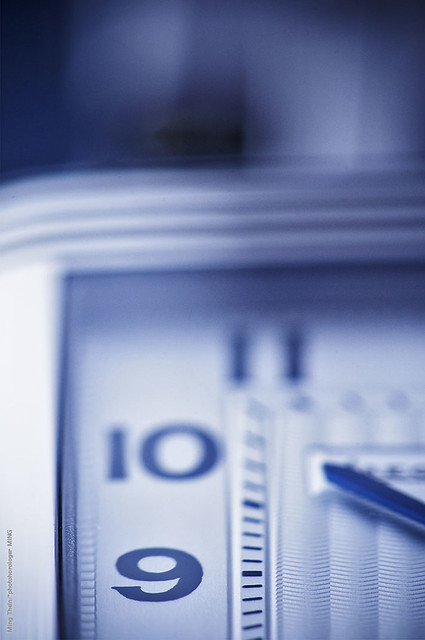 Actually, a watch that shows both timezones on one face with a second hour hand is much easier to read. And one that puts the power reserve on the side which will be right side up when the crown faces your winding hand (the RGGMT shows it on the back dial, which means you have to wind the watch upside down or awkwardly with your left hand) would be nice. And generally I know whether it’s day or night, so those indicators aren’t generally that useful. I also found the second timezone quite useless when travelling to Nepal, which has a 5h 45 minute GMT offset (to be fair, though, almost all GMT watches would have this problem). There’s also the small matter of the case being made of steel so soft that all you have to do is merely look at it to induce a scratch. Oh, and the bracelet is made of the same material, too. 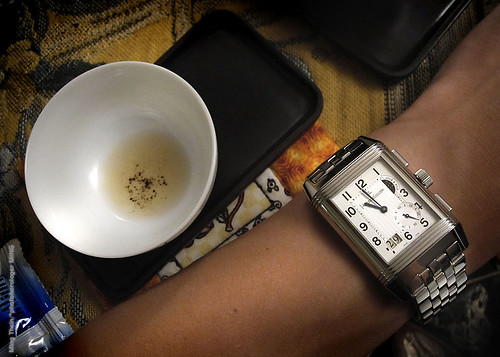 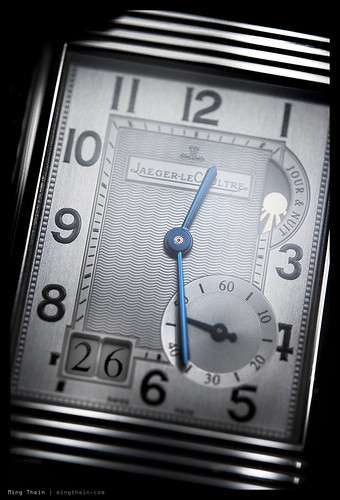 With all that criticism, you’d think I regret my purchase. On the contrary; it’s actually a very satisfying watch to own – I just don’t use it the way the makers intended. Both of my dials show the same timezone. The silver guilloche dial, with its blue hands and field of stars on the night portion of the day/night display, is a beautifully classical, elegant watch. I wear it on the bracelet for formal occasions, or with a soft Nomos cordovan strap for everyday use. The rear dial is matte black with pilot-style markings and luminous hands and indices; I found a rubber strap with vertical grooves that echo those in the case, completely changing the look of the watch into something much sportier – in the way a Royal Oak is both refined and rugged, I suppose. 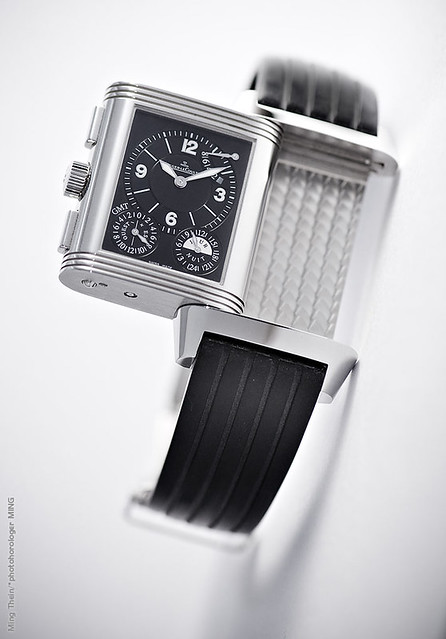 There’s also the sense of occasion you get when strapping it on, because the Reverso is really a piece of watchmaking history. Like everything else – cars especially – it’s gotten fatter and more complicated, but ultimately the DNA remains intact, and that’s what’s important. 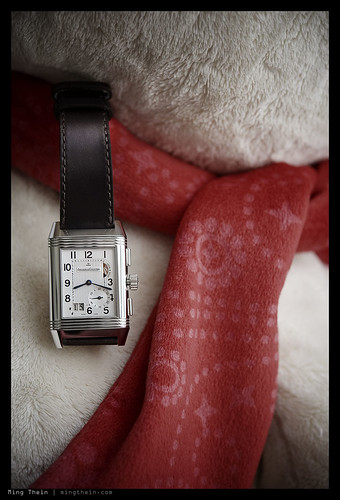 What about the scratches? Well, I’ll go with the school of thought that says they are a mark of patina and character. (But I’ll still keep a Cape Cod handy for the times when it gets too much!) 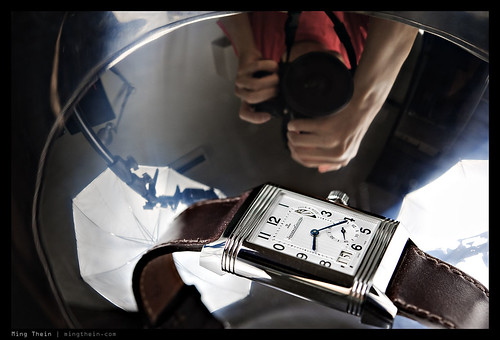 The author/ photographer at work

Hot Topics
Introducing: The Omega Speedmaster Super Racing With Spirate System
162 comments
Design Vs. Specs — Which Is More Important To You When Buying A Watch?
86 comments
The Time To Buy Is Now: How The Current Economic Climate Influences Watch Buying And How You Should React
51 comments
A Regret-Free Guide To Buying Your First Luxury Watch — Part Three: Higher-End Options From Omega, Rolex, Grand Seiko, And More
48 comments
My Predictions For New Omega Speedmasters In 2023
46 comments
Popular
An Overview Of All Omega Speedmaster Apollo XI Models
Robert-Jan Broer
17
Certina DS PH200M – Hands-On Review
Balazs Ferenczi
23
Hands-On With The Seiko SLA019J1 Marinemaster
Robert-Jan Broer
4