The month of March on Fratello was one of pure, unbridled joy. We had a lot of fun with our biggest, most hectic competition yet. We were sorry to see it end but we’ve found ways to keep the fun alive. Dave and I are currently exploring a few “What If?” scenarios that illustrate what would have happened had the mighty Czapek fallen at any hurdle. Additionally, we have the small matter of prizes to distribute to the four commenters that, along with Hamilton-winning Ron_W, really made the contest come to life.

Honestly, there were more than five major players in this tournament. It was so much fun watching you all interact throughout the contest. It feels like our community on Fratello has finally taken on a character of its own that is wholly positive, supportive, and inclusive. Most importantly, however, it is a place of laughter, jokes, and mutual respect. I’ve been part of many websites and forums before and I’ve never seen a community like this one is shaping up to be before. Let’s keep it going on as many posts as we can and let’s be sure to welcome more watch lovers into the fold as we do so. 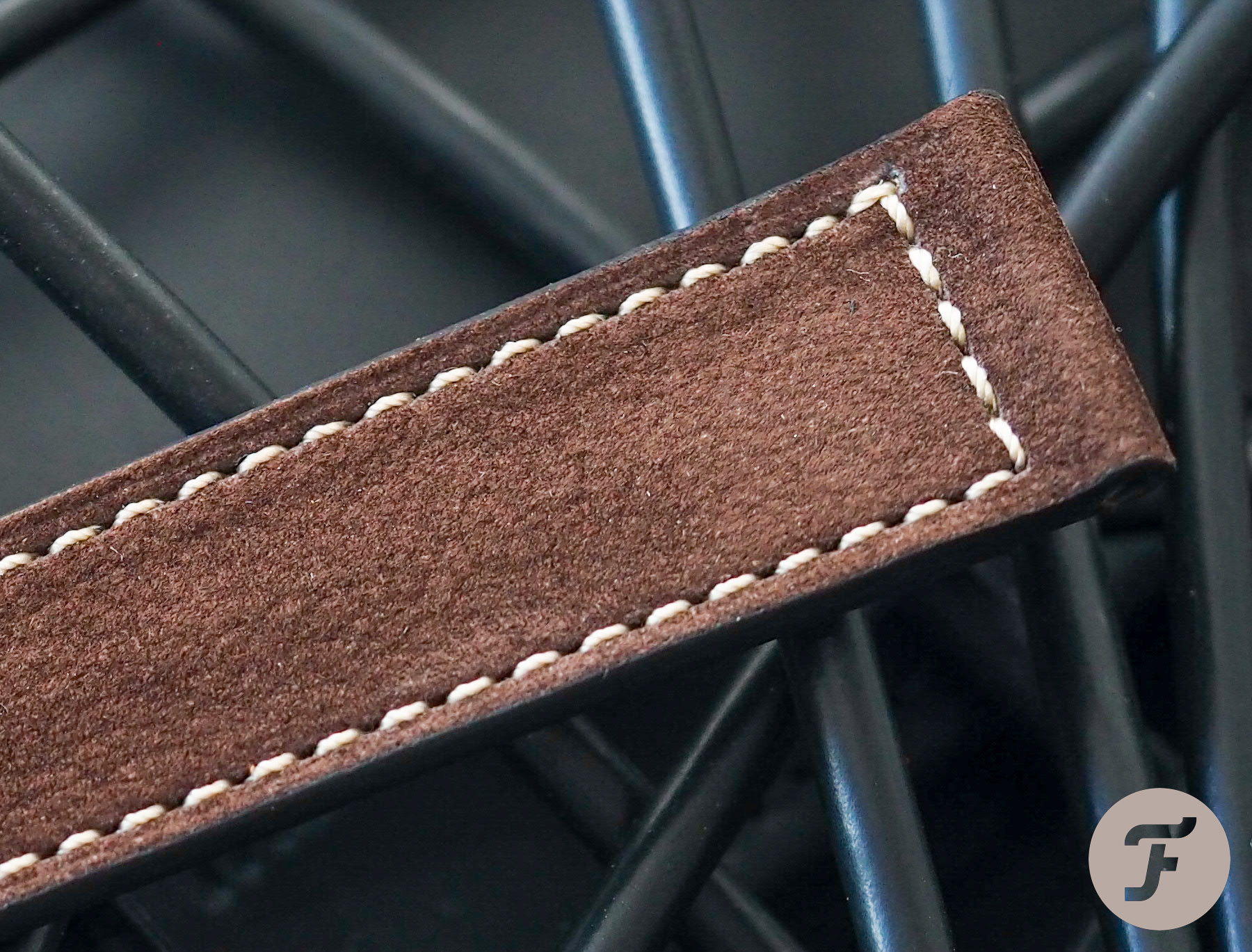 Right back at the start of the competition, I mentioned I had secured four rather delightful leather straps from Belgian strap maker LIC to be given away as prizes. I had a mixture of leathers and finishes but they all had one thing in common: quality. As such, I decided they should go to the four writers that brought real quality to the table, day in, day out.

We had poetry. We had essays. On occasion we had satire. There was hilarity. There was honesty. Once or twice, there was sincerity. In summary, it was a rollercoaster ride with a satisfying conclusion. The minds of Warky, Aldar, DaDutchCollection, and Lvoky made the month-long mash-up memorable. And so, to those four champs, I say thanks. 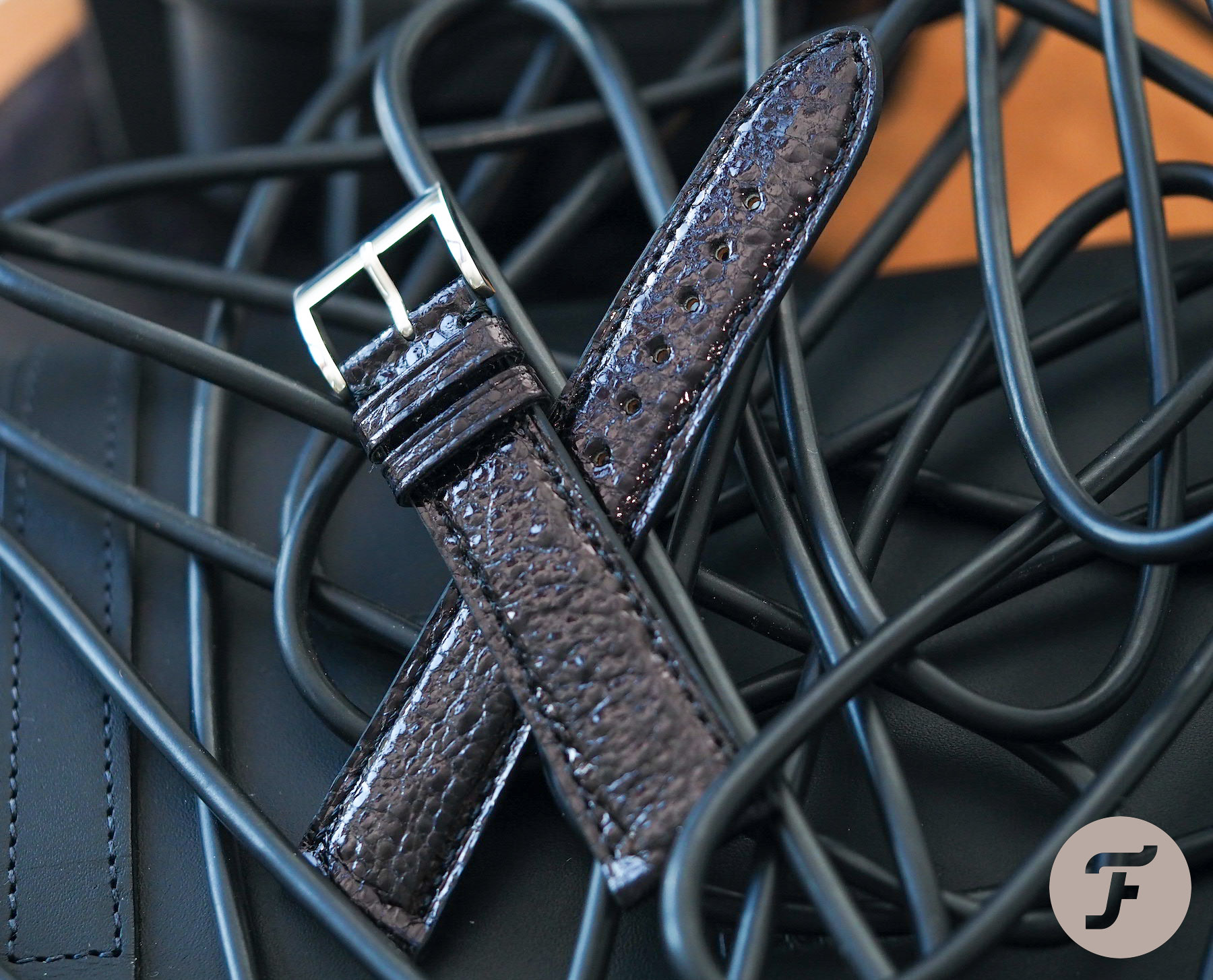 There are almost too many comments to choose from (with each of the four contributors hitting triple digits for the month), but below are some of my favorites from each of them. I hope you enjoy looking back on such a positive competition and interaction as much as I do: 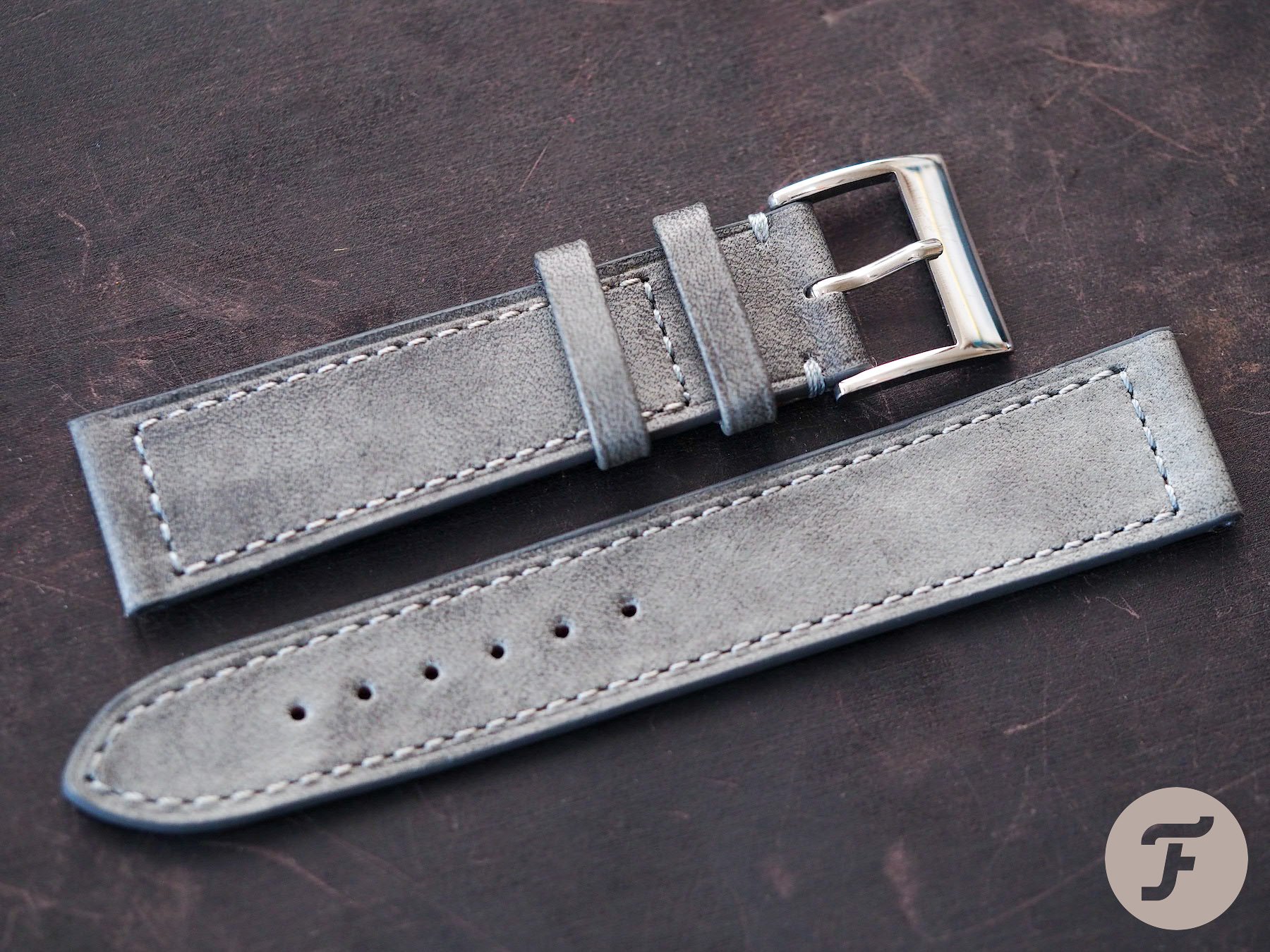 At the start of this competition, I could have picked my vote with no thought whatsoever. Zeitwerk = Grail whilst Breitling = brand I had zero interest in.

But MM has been more than a fun competition for me. It has been an eye-opening journey. Preconceptions shattered, views changed, and desires refocused I now at this later stage find this a really tough call.

The Zeitwerk is no longer my favorite Lange, let alone my Grail. And I am really warming to the idea of adding a Breitling to my collection. In particular the 765. It is just beautiful – entirely contrary to my previous image of their watches being just big, brash, and ugly.

In the end, I still voted Lange — but it was a very close-run thing.

Warky showing us the benefit of these competitions… 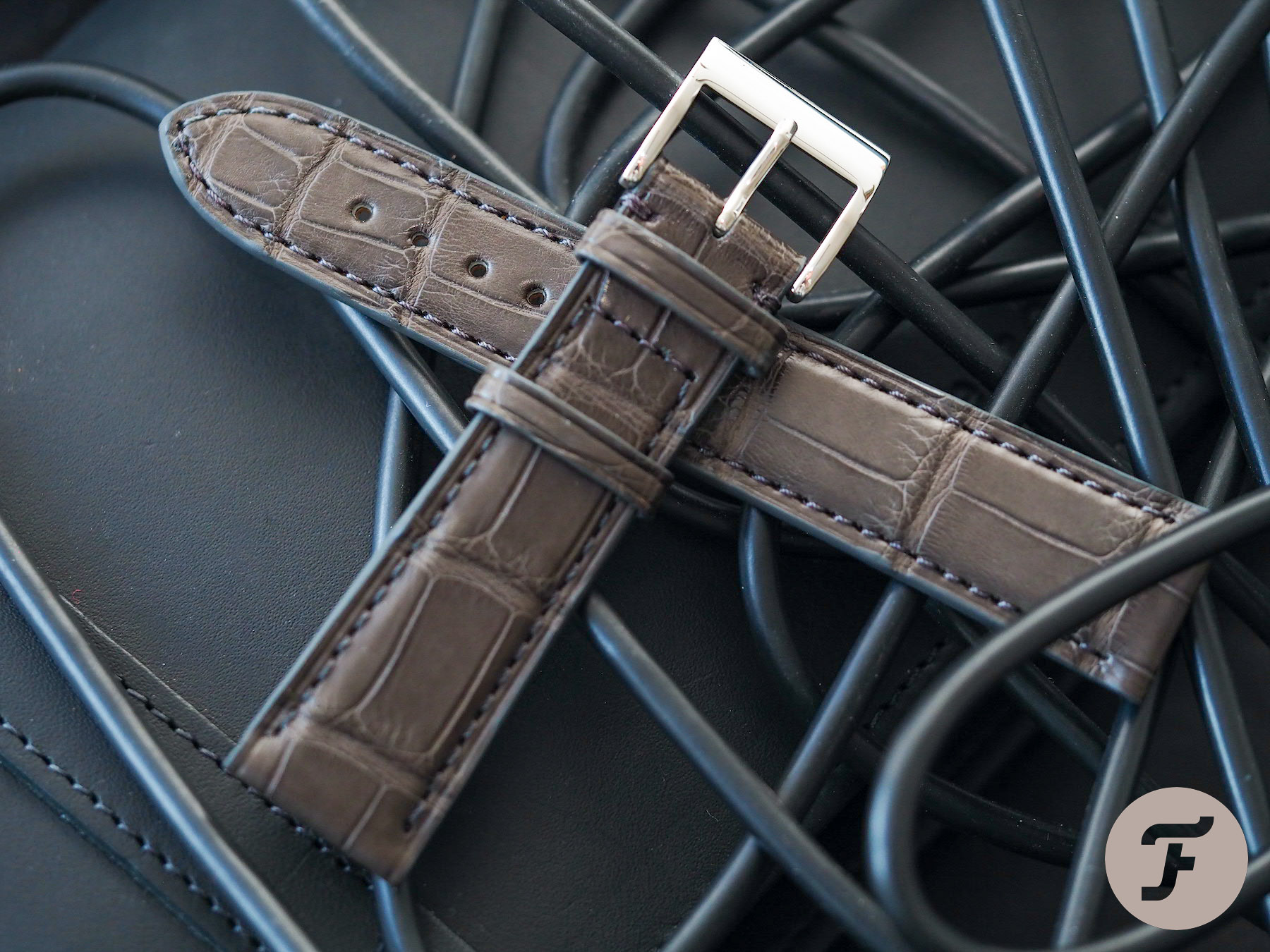 The Datograph Lumen is a masterpiece. The fusion of classic look and modern technology. The dial and lume are simple insane, the movement is second to none.

In the other corner of the ring is the Vacheron Overseas with its golden belt… sorry, bracelet. It’s a pure marvel too, I said it many times already and will repeat it here again: the combination of that rose gold and the blue dial is nothing I’ve seen before. Making a full gold watch is a risky business — one small step aside and the watch will look like just another bling-bling piece you typically see in hip-hop videos. Vacheron however just nailed it. It’s a rare thing for me — but I think I actually prefer Overseas in pink gold vs. Stainless Steel (there, I said it!).

So, going back to the choice, it’s still difficult to pick the winner here… As a brand, I prefer Lange for sure. So I wouldn’t mind at all to see two Langes in the semi-finals (actually, that would be a hell of a fight between the Zeitwerk and Datograph!). However, if I need to choose between these two specific timepieces, I think I am more attracted by that elegant slim case of Vacheron. Even from the pictures above it’s clear that Lange is just a beast on the wrist. One would struggle to hide it under the cuff. Vacheron is made to be worn with a shirt and a dress. So my vote goes to Vacheron.

Aldar showing us how to talk yourself into a terrible decision… Just my two cents! 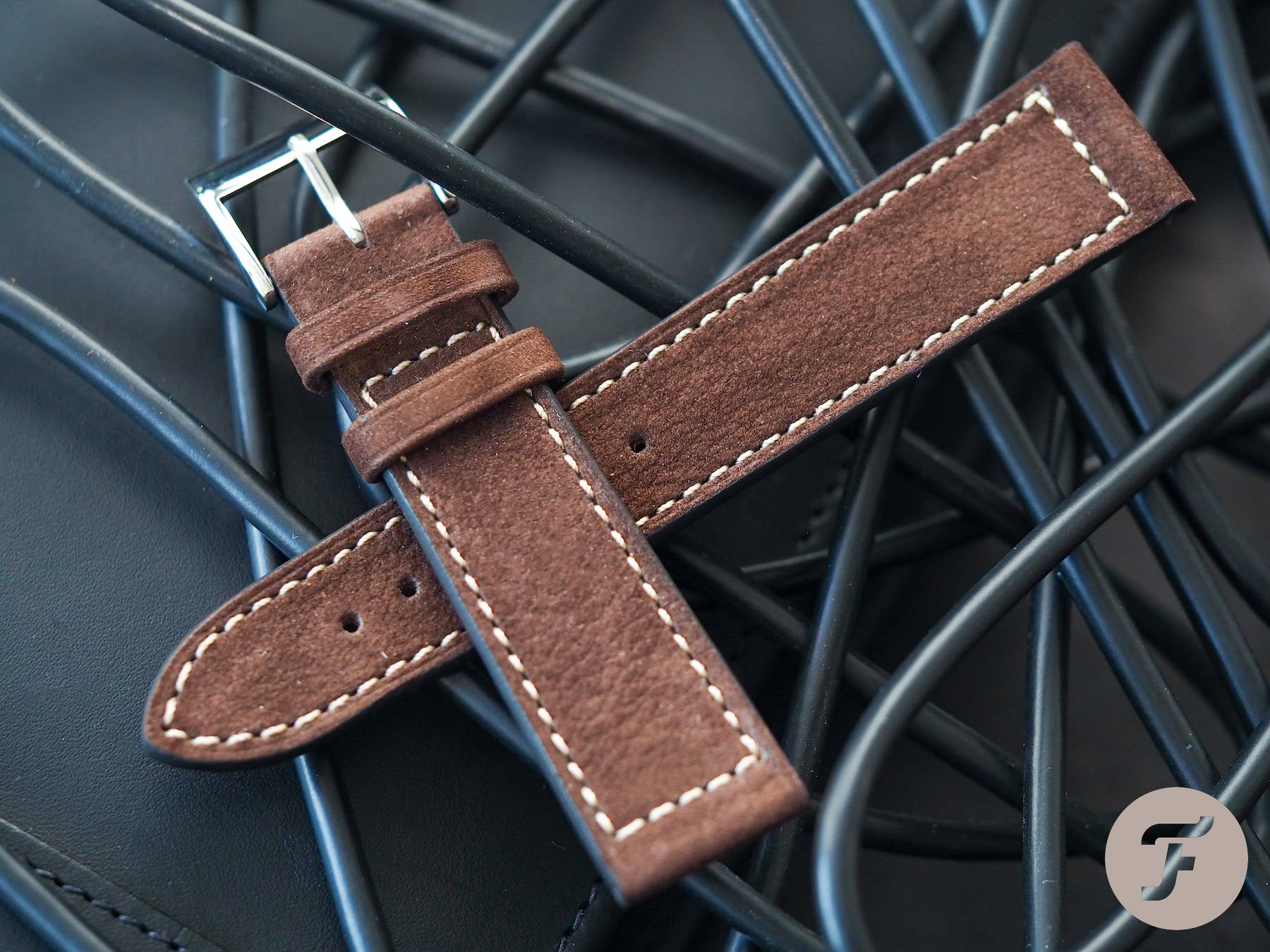 — Breitling wins by KO on the 6th round, visibly tired after an uninspired fight.

Wins the “Genau award 2021” for checking all the textbook queues for yet another reissue. One single clap is heard in the audience.

Is presented with a faux-gold typewriter statuette, by the Printed Editors’ Association, for distinguished usage of four different fonts on a dial. Anonymous copywriters and blue-collar printing professionals emerge from the crowd in a roaring standing ovation.

Honestly, I could have picked any of Dutch’s round-by-round round-ups, but this one just tickled me.

“One single clap is heard in the audience…” 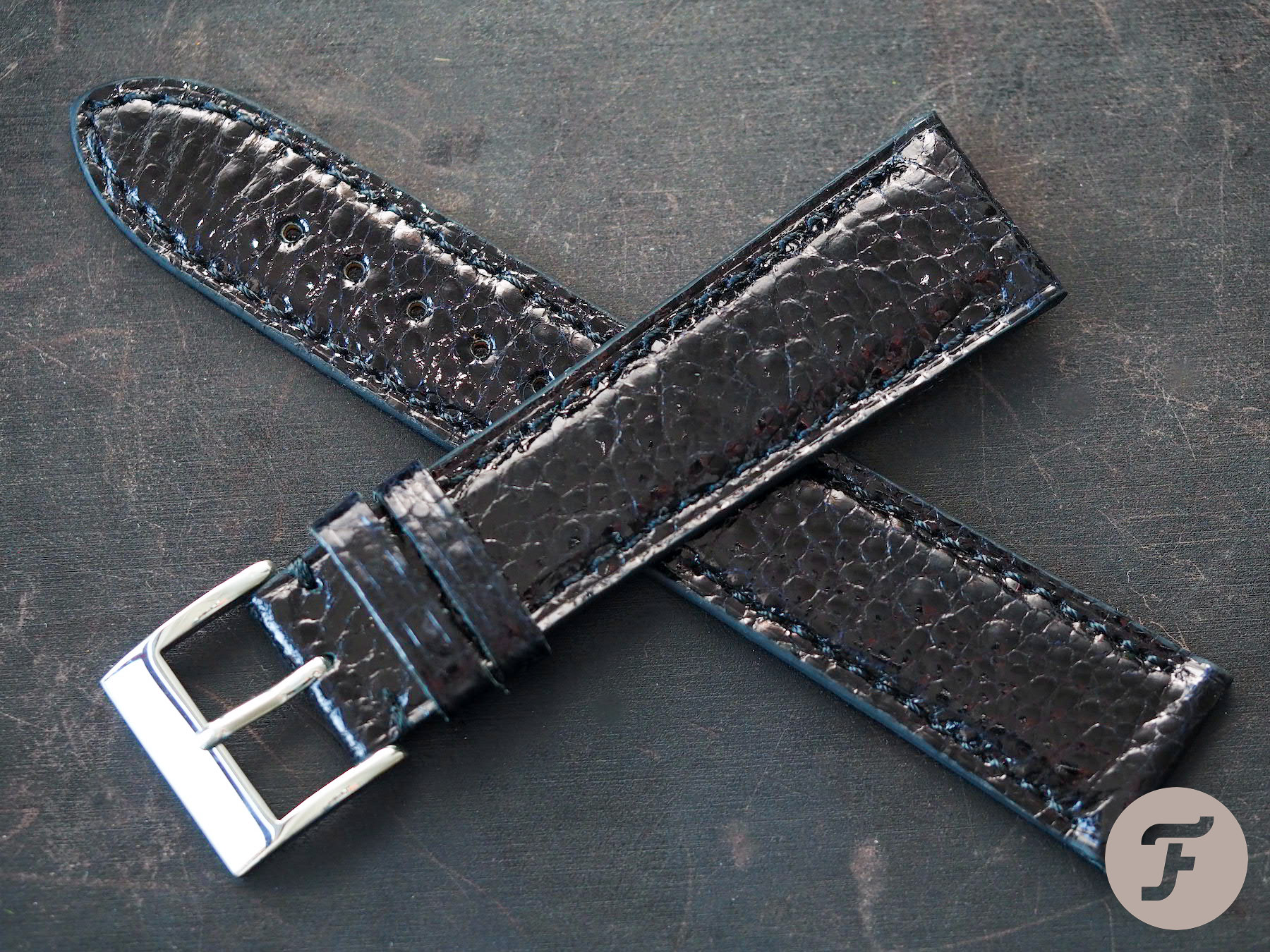 OK, OK, this wasn’t that tough for me, although there are some very interesting couples. The first, Breitling vs. Alpinist, I just go with the Seiko. The Breitling looks amazing and that execution of the bezel just pure joy, but I can’t help myself to side with what I think of as an underdog here. The Alpinist isn’t actually a Seiko that I desire very much, but somehow, I’d go for it here.

Also, there are more Breitlings coming up here, yeah. The Superocean Heritage almost got my vote in the previous round, so now, against its brother, it is the one I choose. The bezel is truly beautiful and the flow of the bracelet from the case just so seamless. Sorry Top Time, I’d rather have the Superocean on my wrist.

The third couple is just a pure example of how badly sometimes the watches meet. The Louis Erard and Zeitwerk are both watches that I’d vote for, were they stacked against anything in this round. Well, except I have to choose just one and you all already heard my praise for the Zeitwerk, so I do go with it, of course.

Final one: I really respect Cartier and what they’re doing in the watch space, but the Santos Galbée just isn’t my thing. Plus the Laventure, which was one of the discoveries I made with this series, looks just so delicious. As I said before, I’m not a huge dive watch fan, but this one has exactly what I need to spark the love. It is absolutely beautiful, I love the integrated bracelet and the color combination is very unique, so there it goes and gets my vote.

Lvoky being typically thorough and insightful, leading us all on a journey of self-reflection. Nice.

Well done, chaps. Your straps (randomly assigned) are on their way to you now. It’s been a pleasure and here’s to the next Fratello knock-out tournament!

Hot Topics
Introducing: The New Seamaster Professional 300M 60 Years Of Bond — With A Special Animated Case Back
105 comments
Are You Still After An Omega × Swatch MoonSwatch?
95 comments
It’s Time To Invest In A Dress Watch — Our Picks From Breguet, Omega, Grand Seiko, And More
73 comments
The Rolex Waitlist Conundrum — How Much Will The Price Of Your Watch Increase While You Wait?
50 comments
The Best Omega Speedmaster Watches Of 2022
40 comments
Popular
A Question From A Reader: “Which Modern Speedmaster Is Closest To The Original Moonwatch?”
Robert-Jan Broer
14
Rolex Submariner – Historical Overview Of A Diving Legend
Robert-Jan Broer
22
Rolex GMT-Master History And Overview Of All Major References
Robert-Jan Broer
18