Did you realise that it was 15 years ago that Manfred Brassler introduced his signature watch, the Meistersinger Scrypto 1Z Einzeigeruhr?

Neither did I, and I don’t exactly know how to feel about it. On one hand the Meistersinger single handed watches to me feel like they’ve been here forever. I can’t remember that they didn’t exist. Seen in that light, fifteen years is only a short period to grow a watch which seems to be here for ever.

On the other hand fifteen years is quite a period. Do you know what other things happened 15 years ago? Of course we all remember 9/11, however this is something of such an impact even today that it’s difficult to place it in time. But how about Apple announcing iTunes and releasing the iPod? Microsoft releases Windows XP, and Wikipedia, a free Wiki content encyclopedia, goes on-line. And in Europe it was the last year all countries had their own currency before changing jointly to the Euro (€). That all feels like ages ago to me.. 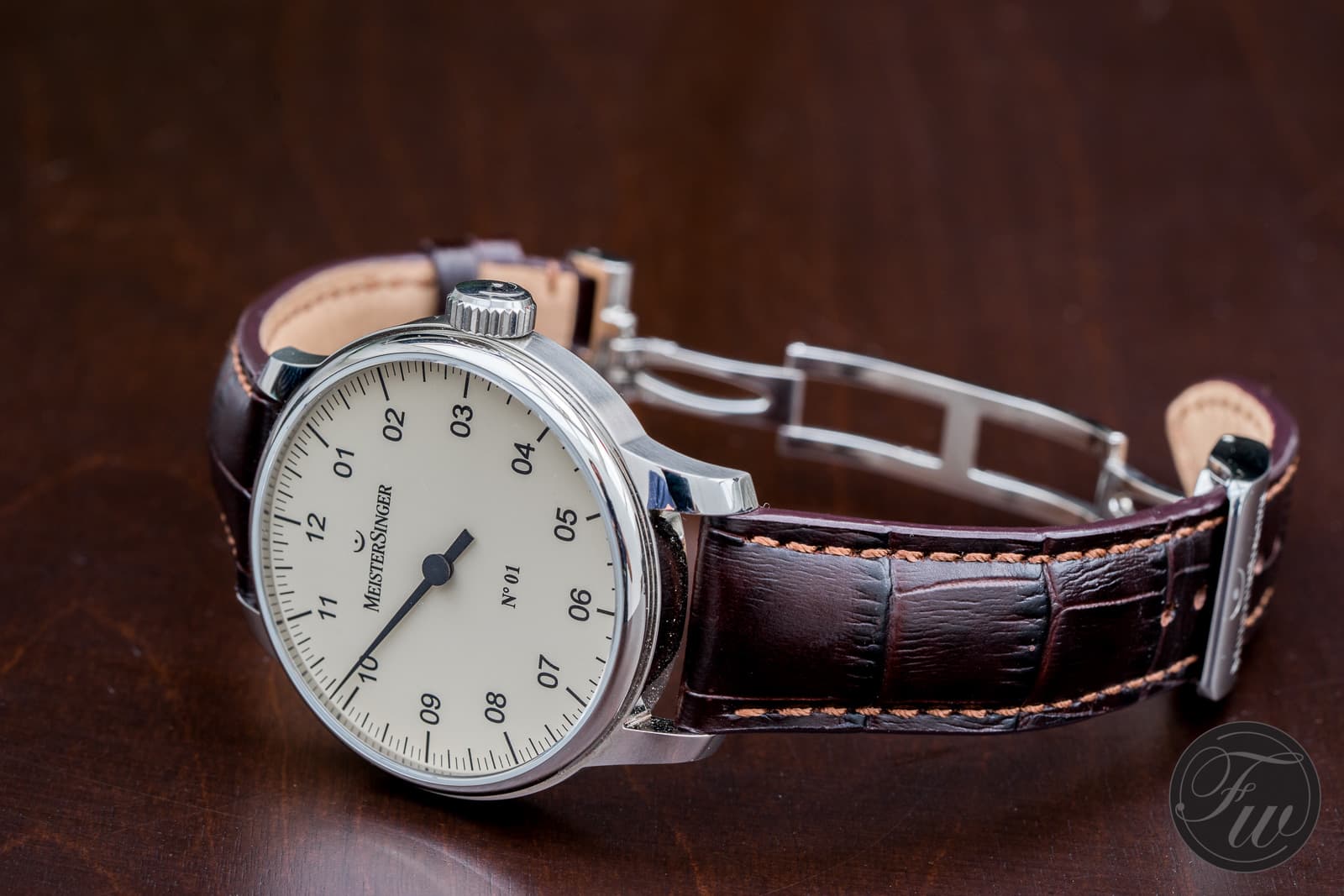 The idea:
Back in 2001 it was Manfred Brassler idea to introduce a watch as an alternative to wristwatches that showed time as something constantly racing along. He drew most of his inspiration from historical single-hand clocks to make timepieces that only show their wearers what is really important and give them a general overview of the time. 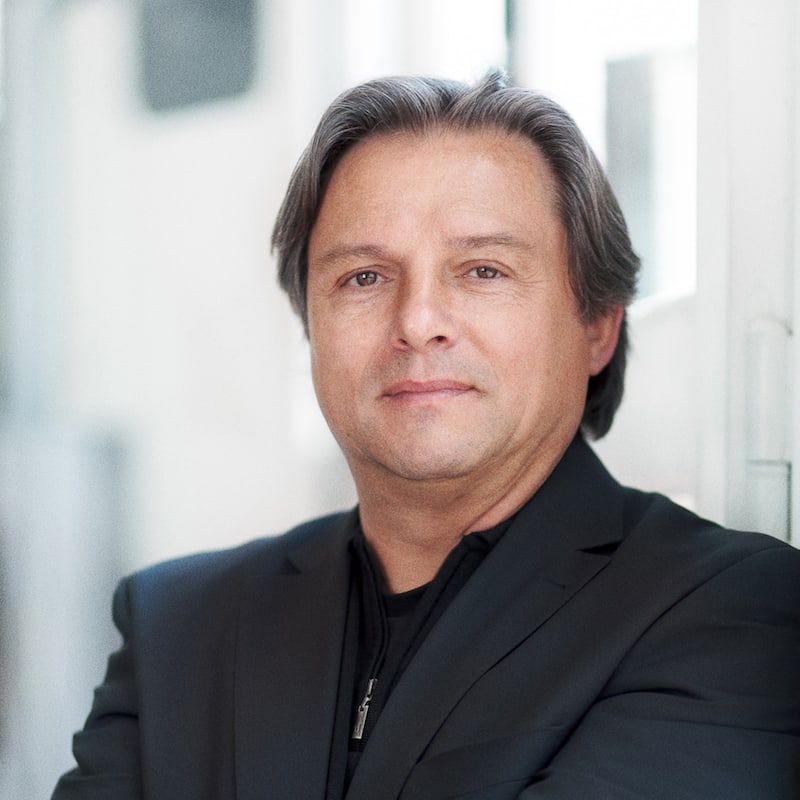 We now can tell that this was a quite brilliant idea as today the Meistersinger single hand watch is, even more or less unchanged compared to the watch introduced in 2001, still in the collection. As well, now we know this design from other brands who followed as well, however back in the time Meistersinger was pretty much on his own. 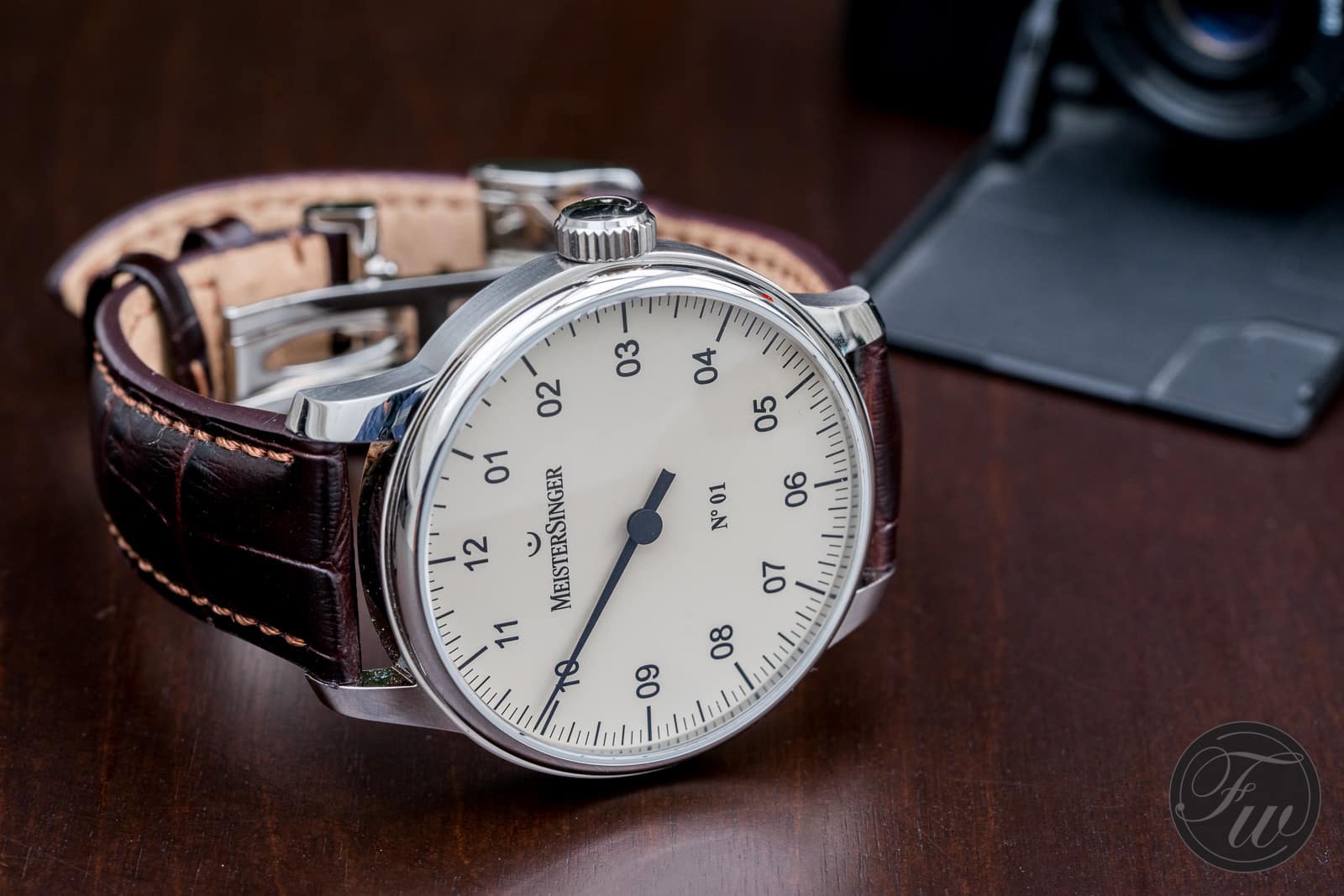 What didn’t change:
Meistersinger’s signature watch, the single handed watch with hand winding movement with stainless steel casing and ivory cream coloured dial, is still sold in the same diameter as when it was introduced, 43 mm. Even the movement standard used didn’t change. It still is the reliable 17 jewel ETA 2801-2 ticking at 28.800 A/h, although in some cases at this moment the Sellita SW 210 can be used as well. 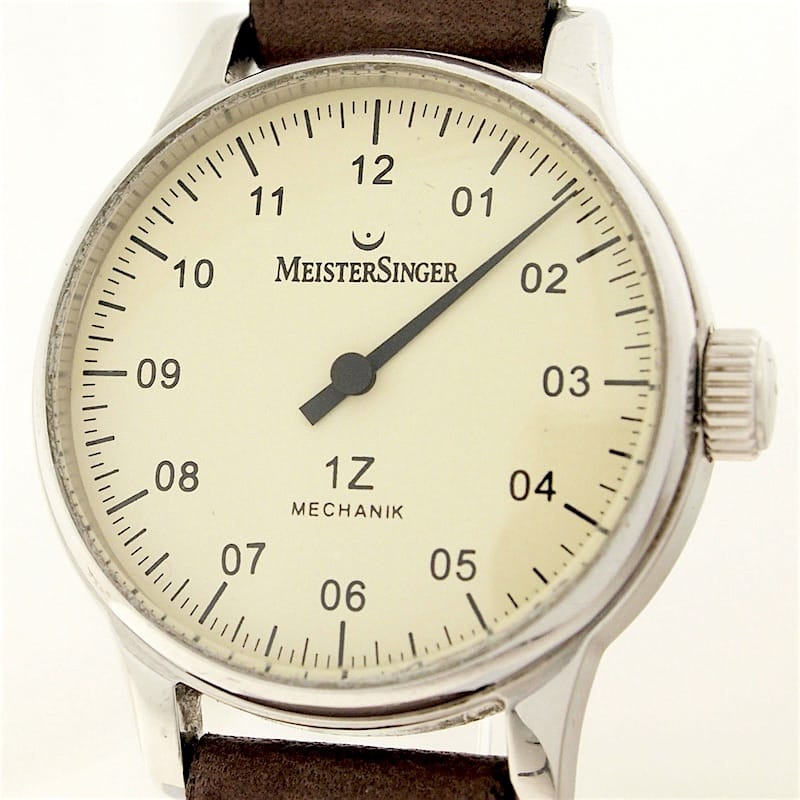 What did change:
First of al the model name of the watch. Being introduced as Scrypto 1Z Einzeigeruhr with ‘1Z Mechanik’ printed in the dial, it’s now named the ‘No.1’. The mineral crystal was changed to sapphire and the glass case back was changed to a beautiful engraved solid stainless steel one. As well, the pressure rating increased from 3 to 5 bar. 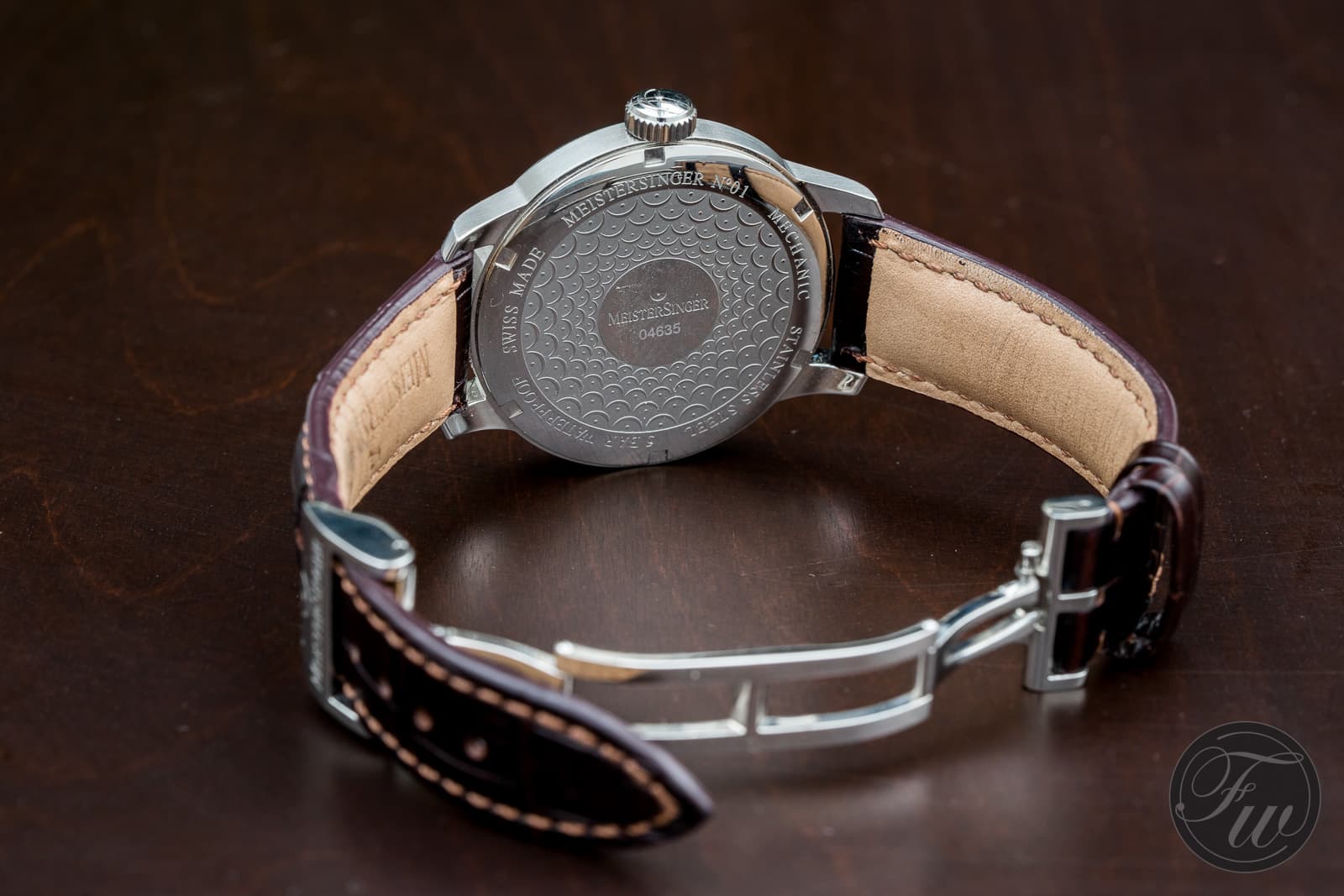 And the packaging changed. From a simple cardboard sheath it became a beautiful box, looking like a book and containing a three-dimensional frame which doubles as a nice show case for small objects. 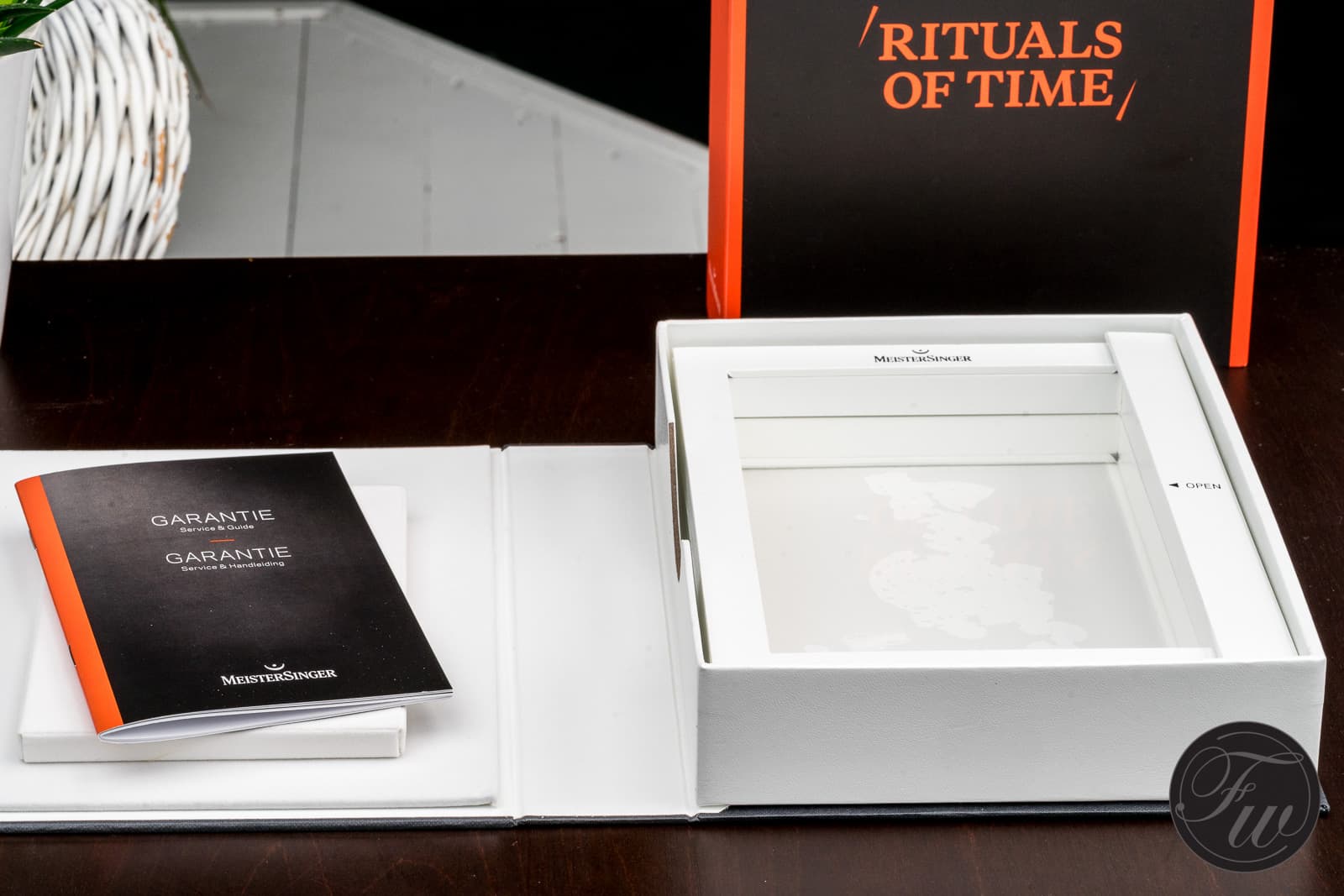 The pricing:
What changed as well of course was the price. In 2005, the first year Meistersinger made it into HEEL’s Armbanduhrenkatalog (which old issues I love to browse through for historical data), the price of the 1Z was € 498,=. Today the No.1 has a price tag of € 1.249,=. An annual price increase of approximately 8,7% over the last 11 years which, seen the technical improvements of the watch, is not that bad. Let’s say, we’ve seen much worse.

The collection:
Besides the 1Z / No.1 many different models have seen the light, from which many are still available in the current collection. From the beginning, at a much higher price level, a variation on the 1Z with an Unitas 6497 in stead of the ETA 2801 was available as well. And still it is, now officially named the No.2.

An automatic version of the original design was available quite quickly as well, first named as Scripto Automatik, in the current collection now named No.3. Then versions with a date indication came, and further a model with a GMT hand was, and still is, available from 2005 onwards as well.

And Meistersinger had always room for small series of limited editions, often country specific versions like for The Netherlands and for Austria. Highly sought after by collectors, and most of the time quickly sold out. 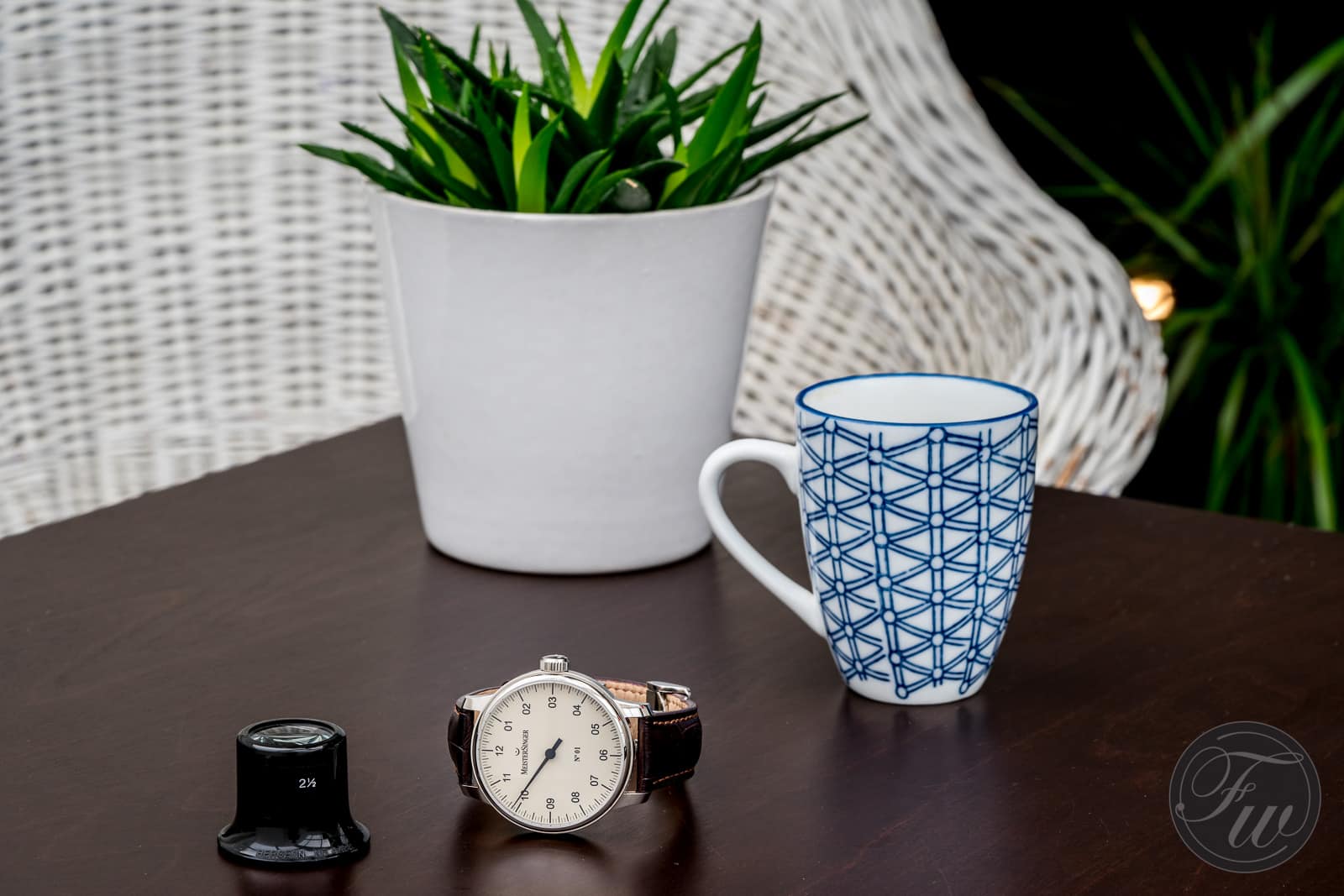 Conclusion:
It’s clear that the Meistersinger single handed watches are here to stay. They deserved their position and became icons as the original single hand wrist watches. Meistersinger became an equivalent for a one hand watch, although they do produce watches with more hands as well meanwhile.

Price wise and seen it’s technical construction quality, Meistersinger is a serious watch now. Although being a single handed watch will make it always a bit of an odd ball.