Speedy Tuesday: Milo Ventimiglia, Star Of “This Is Us”

For today’s Speedy Tuesday article, we have a contribution from Nick Gould. Nick is a watch spotter and contributes to several watch magazines and blogs regularly.

We love spotting watches on people, including those who are famous, as long as it’s genuine. In this case, Nick spotted a watch on the wrist of an actor that has discussed his share of watches on Mr Porter’s online journal. His most precious watch is a Seiko he received from his father. One he bought in Saigon in 1968, on his first of two tours in Vietnam. That’s a story (and watch) difficult to beat, by any brand ambassador, you could say. Milo Ventimiglia isn’t an official watch brand ambassador, and he seems to be enjoying different watches from different brands. Without further ado, here’s Nick’s contribution:

For this instalment of Speedy Tuesday, we have a Speedy spotting on a television and film actor. Milo Ventimiglia is best known to audiences worldwide for his roles in Gilmore Girls, Heroes and for playing the character Jack Pearson the current television hit series, This Is Us. I must confess I haven’t watched This is Us, but I have heard it is a great drama series.

As far as watches go, I have seen him with a few vintage Rolexes. One is a gold Rolex Day-Date reference 1803, the second is a steel Rolex Oyster Perpetual Date, and the other is a two-tone Rolex GMT-Master. In a 2017 interview with Mr Porter, Milo Ventimiglia mentions he purchased the 1963 Day-Date, to mark entering his fourth decade. He also says that one vintage 1977 Rolex was given to him, as a congratulatory gift by a loved one, for getting the part in This Is Us and is engraved on the back with his character’s first name “Jack”.

By now, you are wondering where the Speedmasters are? I haven’t forgotten them and was giving a background on Milo Ventimiglia’s other watches. 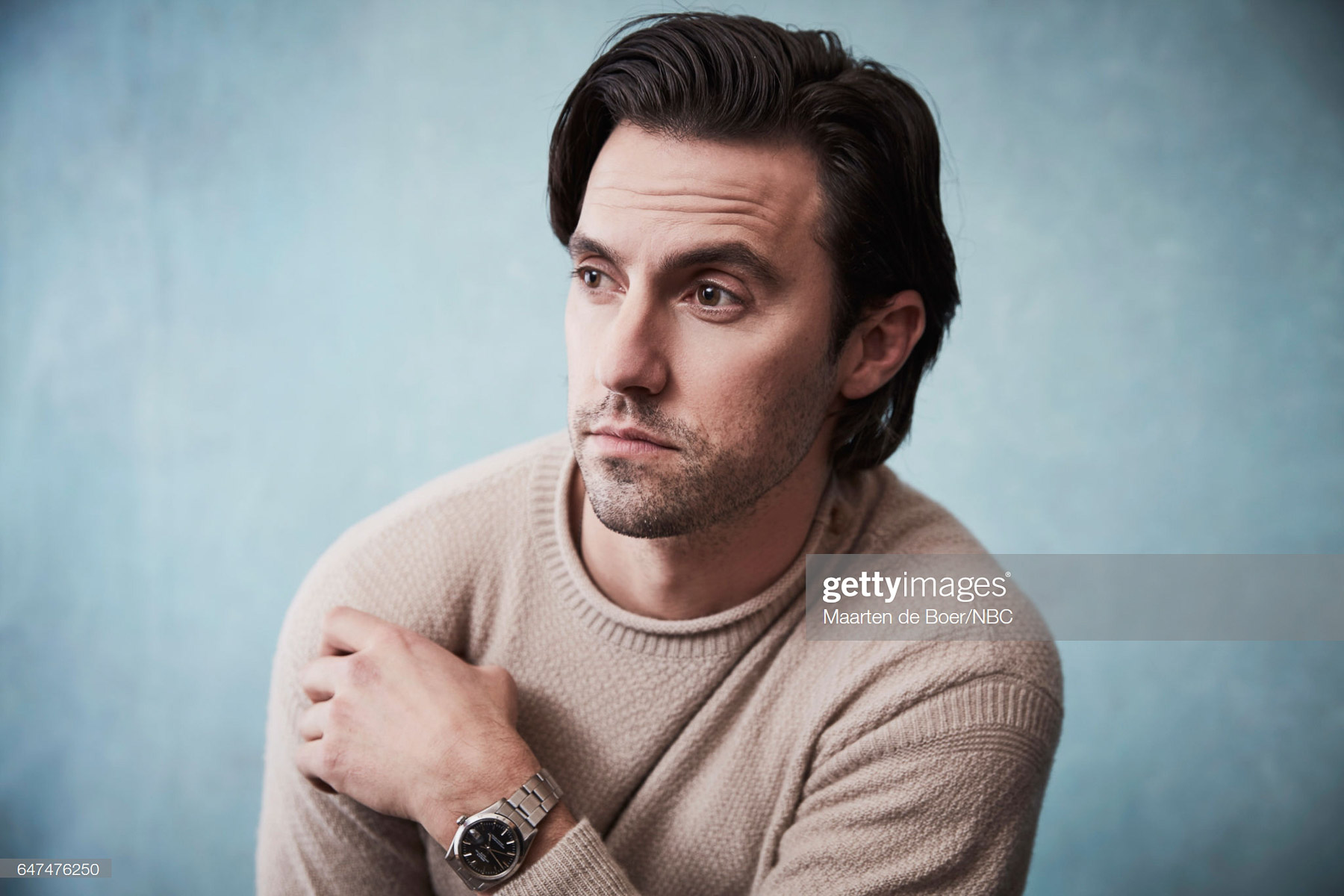 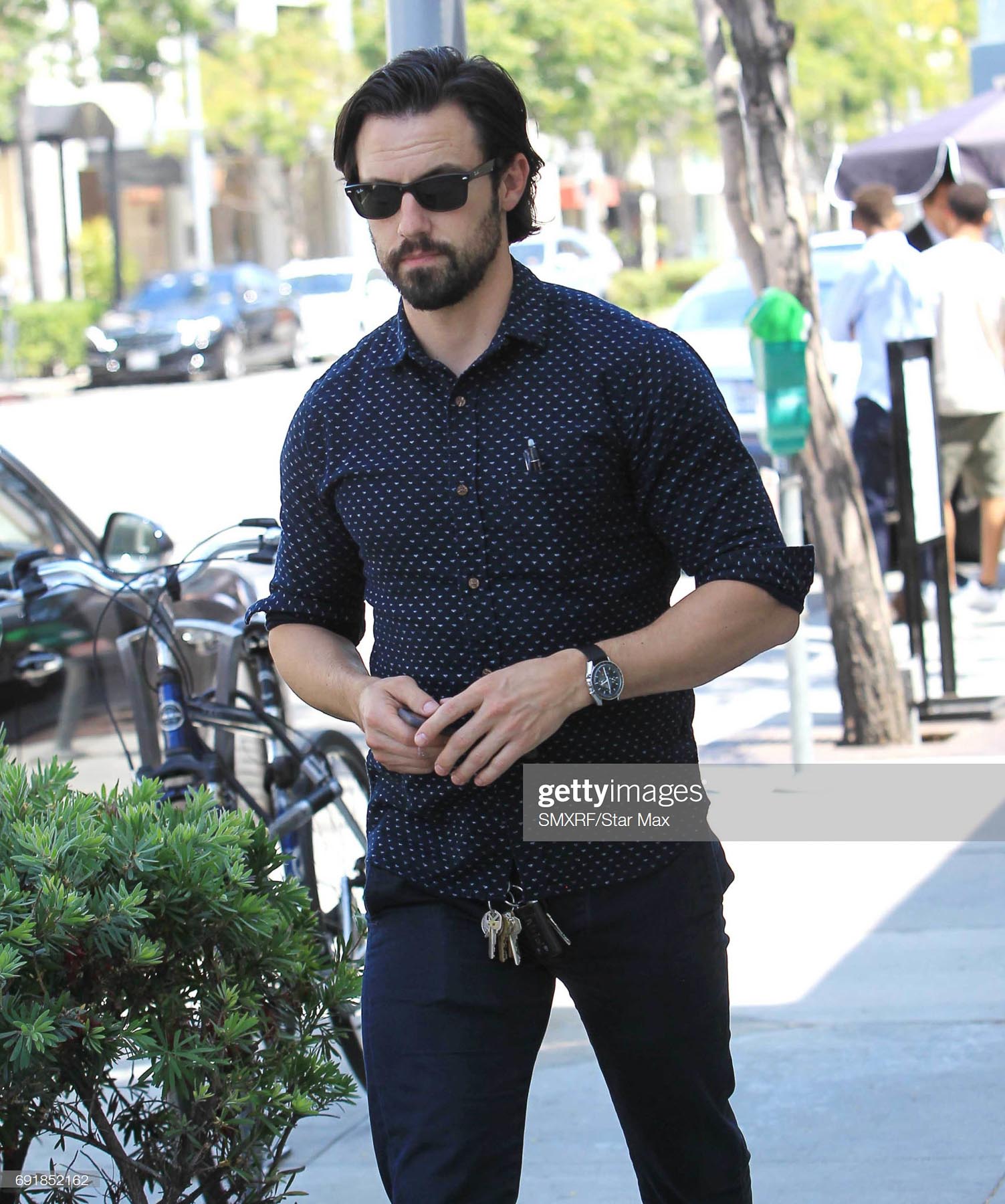 In addition to the classic “Moonwatch”, Milo Ventimiglia owns a Speedmaster Automatic, also known as the Reduced. Milo Ventimiglia had it on his wrist for a photo shoot on May 30th this year. Like his Professional, he was wearing his Reduced on a NATO strap. 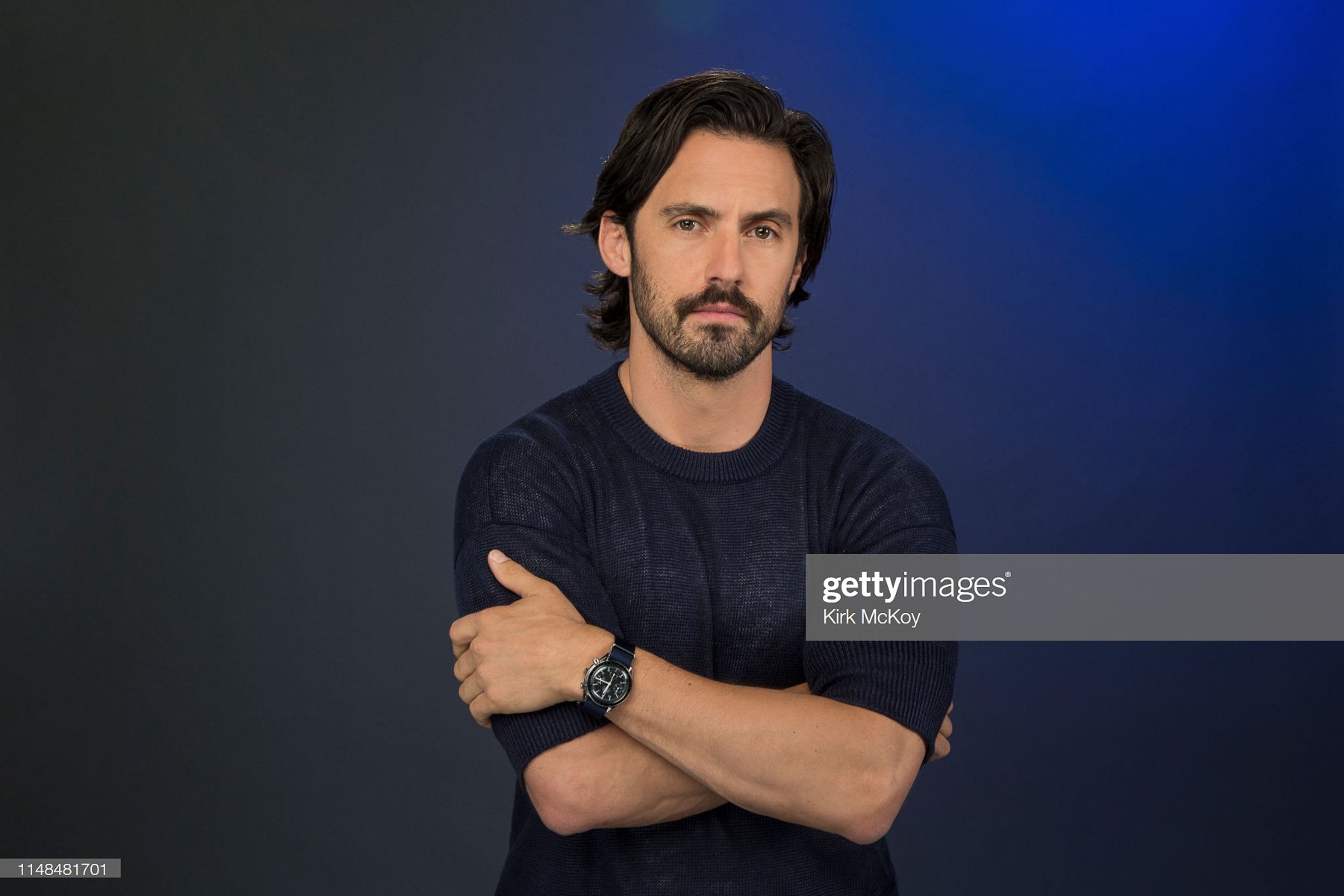 The Reduced differs from the Professional in a couple of areas as highlighted here: Speedmaster Reduced versus Speedmaster Professional Moonwatch.
The Reduced is still a great watch and with it retaining the black tachymeter bezel, makes it instantly identifiable as a Speedmaster. It is good to see Ventimiglia owning two different Speedys!

A big thank you to Nick Gould for this contribution to Speedy Tuesday!

Note: The Speedmaster Reduced was discontinued a few years ago. The Moonwatch is, of course, still available and retails for €4700 (including VAT). You can find it here.