MeisterSinger manufactures single-hand watches. The leanest and flattest of these is the Neo. It is one of those timepieces that appears ultimately familiar in its measurements and design, as if it had been around for decades. Its diameter of 36 millimeters, the thin bezel and the Hesalite glass make the Neo seem like it was created in the 1950s. However, not in an old-fashioned way, but embracing the modern aspects of the decade. After all, the 50s was a time of creative awakening and, above all, the renunciation of superfluous embellishment. The unadorned clarity of the dial also follows this tradition, although it was only designed half a century later by Manfred Brassler, the founder of MeisterSinger.

After meticulous redesigning, the Neo looks more modern now than ever. The Baskerville type previously used for the hour markers has been replaced by the sans serif Helvetica – the epitome of clear, factual messages since the 60s. The typography of the logo has also been redesigned and is now based on the more recent Meta Serif. The Neo now somewhat reminds us of the No. 01, MeisterSinger’s very first single-hand watch, and its instrument-like character. The Neo’s new, round date window, taking up the shape of the case and drawing attention to itself with the date display’s contrasting color, is also in keeping with this design. 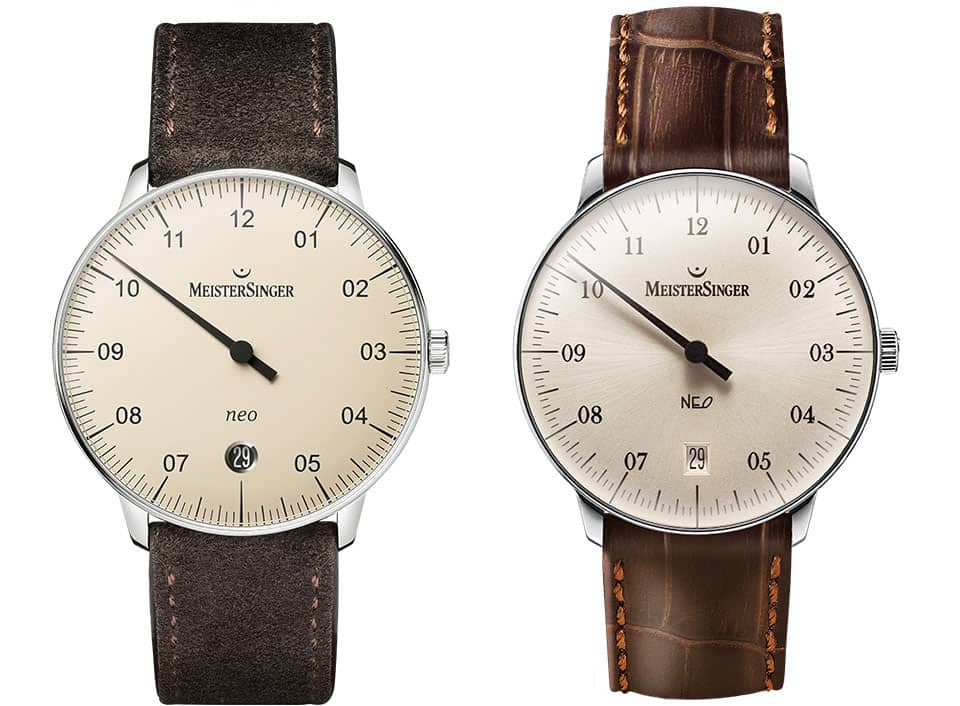 The discreet size of the Neo remains unchanged. Thanks to its thin plastic glass, the Neo is only 9.7 millimeters high. The neat relief of its steel screw-in back shines just like the sunburst pattern on the silver-white and blue dials. Two additional versions of the Neo are available with either a black or an ivory lacquered dial respectively.

The Neo is powered by the proven ETA 2824 Swiss automatic movement or by an identically constructed Selitta SW 200-1 and comes with a suede strap in a matching color. 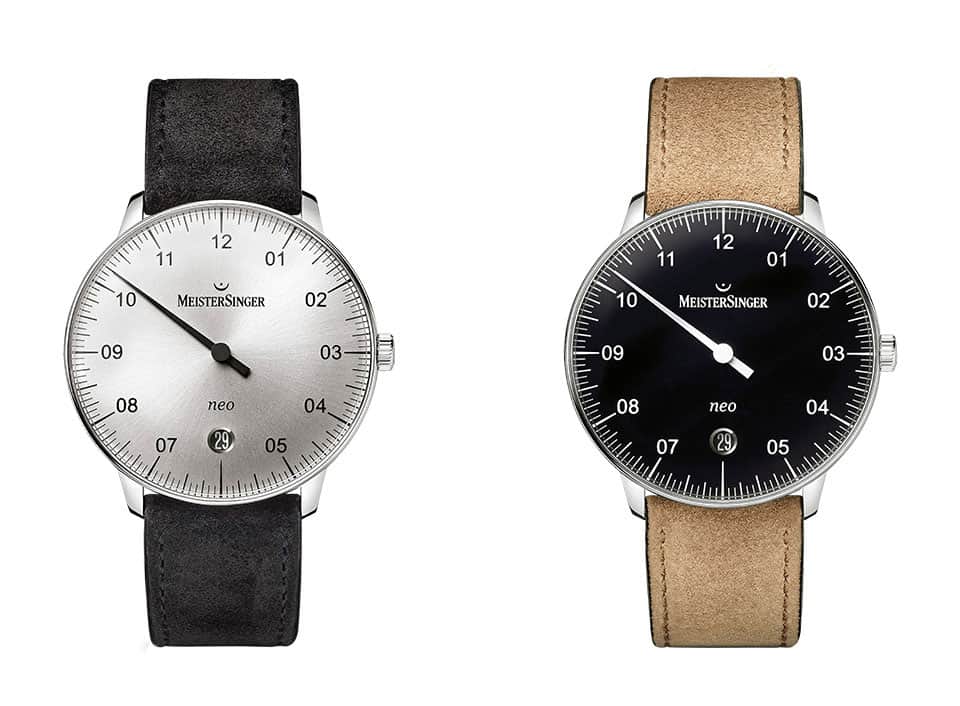 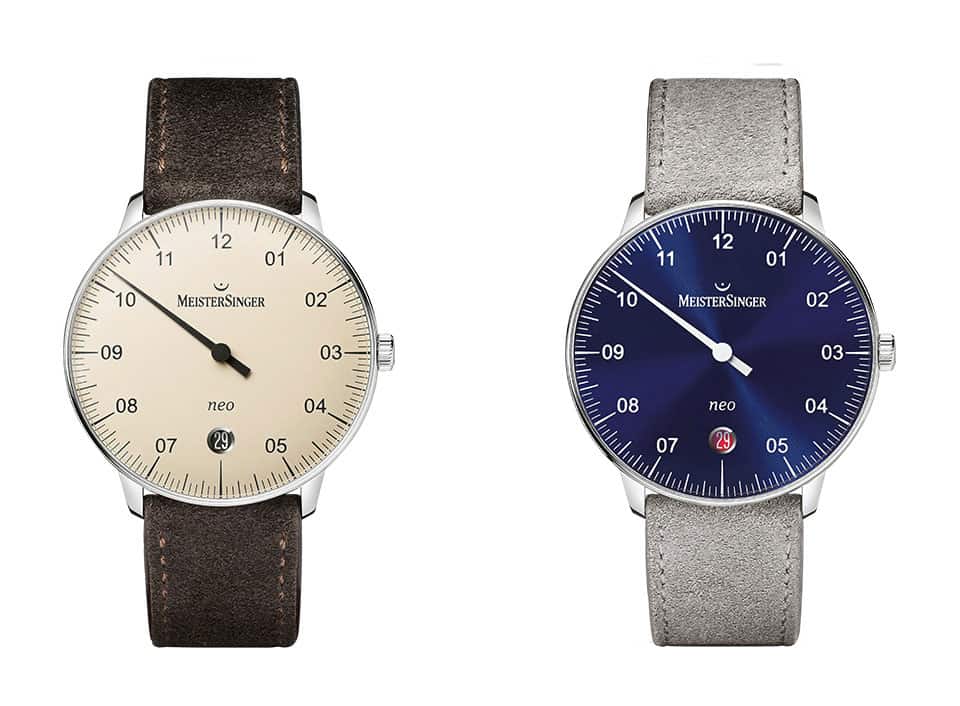 For more Information on the Neo please click here.