In July of 1952, Commander James Simpson of the British Royal Navy led a group of scientists and military personnel on a mission to Northern Greenland. This mission, known as the British North Greenland Expedition (or BNGE) involved conducting seismological and gravimetric surveys. Additionally, a number of scientific studies in geology, meteorology, physiology, and glaciology were also carried out. The mission took place over a period of two years and claimed the life of one of the men involved. Of the 30 men who participated, 26 were equipped with Tudor Oyster-Prince wristwatches. During their stay in Northern Greenland, they used BBC radio signals to keep track of the accuracy of these timepieces.

Today, Tudor sets its sights back on the adventuring spirit of 1952. The brand uses the inspiring tale of the icy expedition that surrounds those watches as spiritual inspiration for the new Ranger. Announced this afternoon in London, this latest Tudor watch is sure to cause a stir amongst Tudor fans. Whether it’s a welcome return or not, however, is yet to be seen. The new Ranger takes early 1960s design and charm, a pinch of Tudor and Rolex DNA, and wraps it up in a conveniently wearable 39mm package. But before I jump into the key details about the watch, let’s go back to earlier this week. 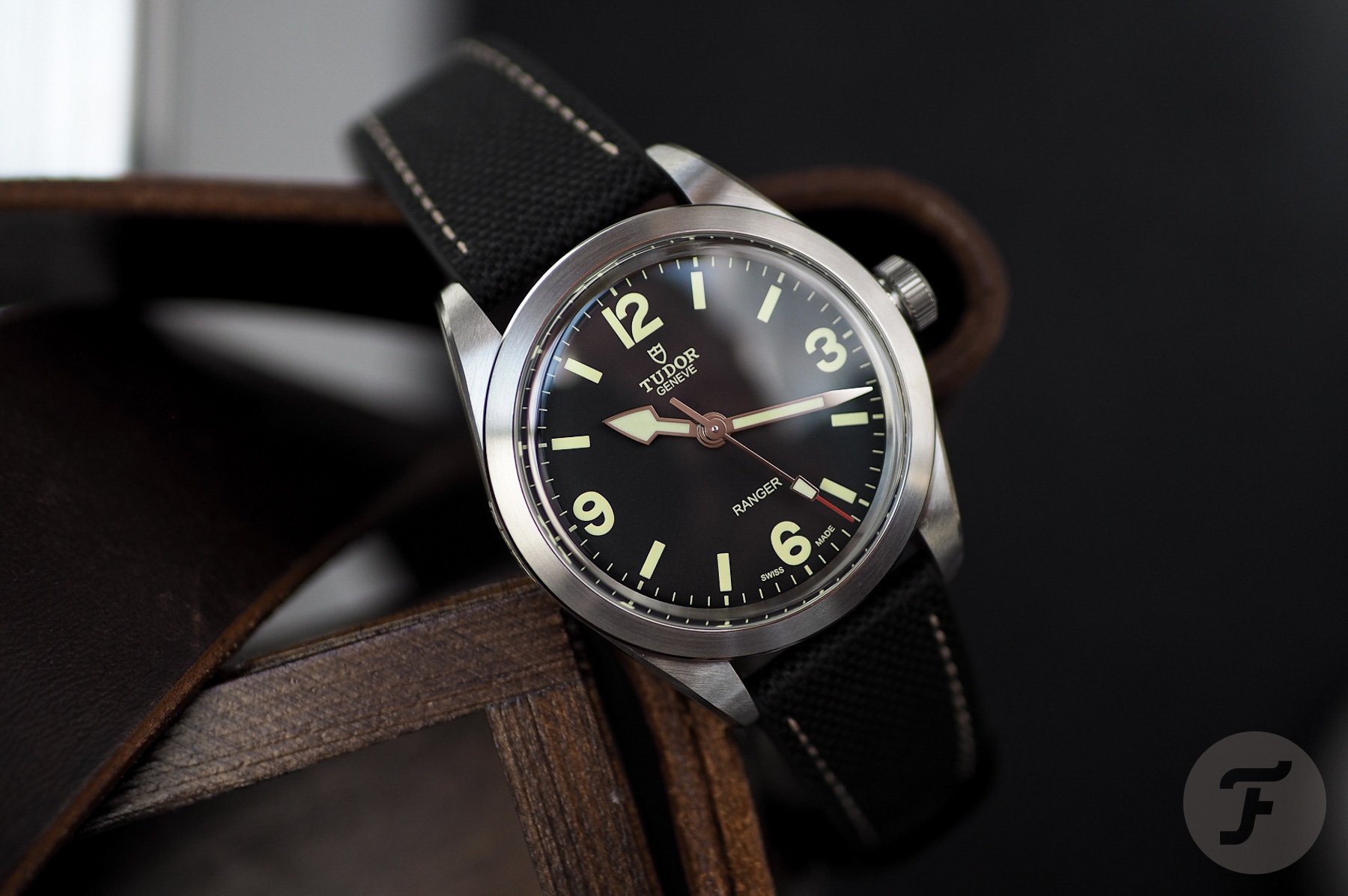 Tudor flew a group of journalists (myself included) out to London for this latest launch. As I made my way there, I couldn’t help but wonder what the brand would have in store for us. Arriving at our Thames-side accommodation, there was a palpable feeling of excitement about us. Murmurings, rumors, and wild guesses as to what might be in the books for the following day were being exchanged by everyone in the room. We had all seen the teasers on Instagram showing grainy black-and-white footage and pictures from the British North Greenland Expedition.

We had all also seen pictures of the 1952 Oyster-Prince — the only one remaining of 26, once owned by Major Desmond “Roy” Homard and recovered from the back of a kitchen drawer, where it spent many a decade. But what exactly was in store for us was left shrouded in mystery. The following day, we were taken to Tobacco Dock in East London, a historical warehouse where imported tobacco was stored in the early 20th century. It was in this atmospheric setting, now a space designed to host large events, that the new Ranger would be revealed. First impressions were positive overall, with many fans of the model happy to see it return — Surprise guest David Beckham included! 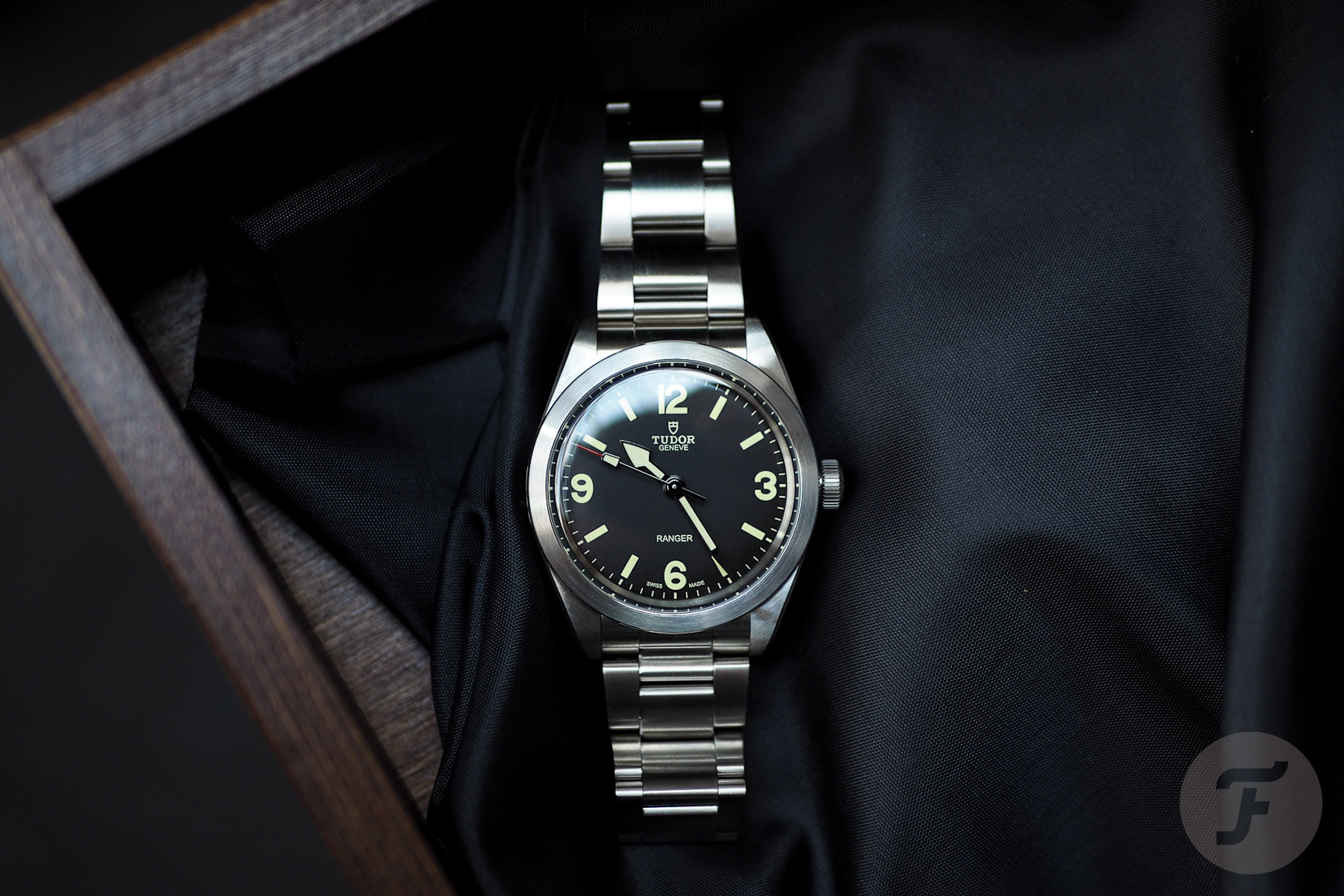 The new Tudor Ranger is a 39mm stainless steel sports watch with a classic 12-3-6-9 dial layout. Its design and looks harken back to both something old and something recent. The Ranger has its roots in the early ’60s. It was re-launched by Tudor several years ago, then discontinued a few years later. This new version, however, features the Tudor shield instead of the rose, a silver seconds hand with a red tip, and just the word “Ranger” for the text 6 o’clock. And though the BNGE was used in the campaign for the North Flag, it’s the Ranger’s return that it signals this time. The Ranger name does inspire a sense of adventure, so it also fits the bill. And as much as I still love the North Flag, the new Tudor Ranger is a likable, understated value proposition. 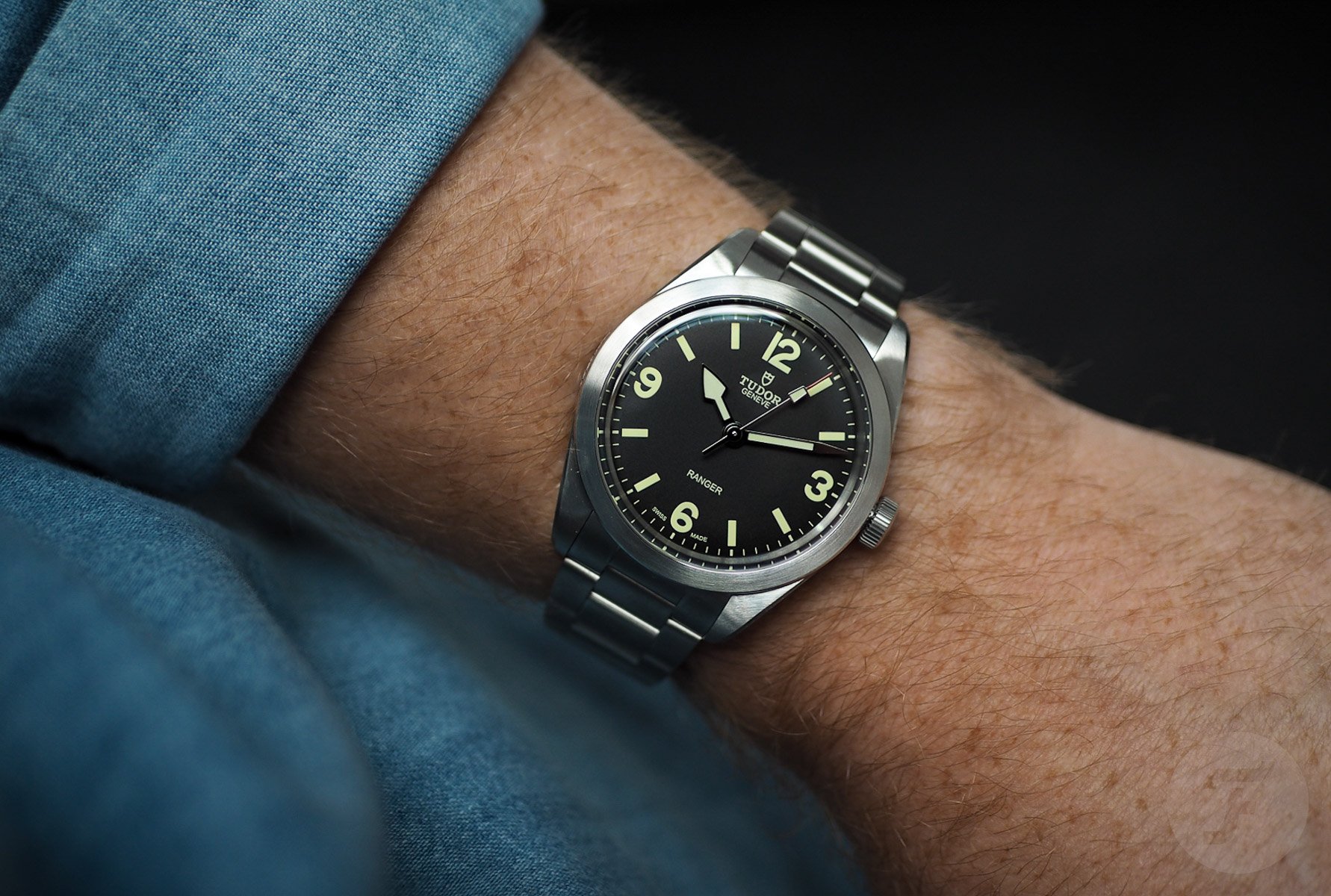 In April of 2021, Rolex removed the 39mm Explorer from its catalog in favor of the 36mm model. Just over a year later, Tudor picks up where Rolex left off. But in true Tudor form, the watch offered here will be more affordable and (hopefully) more widely available. In fact, for just €2,880, you can call one of these your own. And that’s on the steel bracelet, no less! The Ranger will also be available on a textile strap and on a hybrid rubber strap. And though it’s certainly no direct replacement for a Rolex Explorer, I can’t help but feel that we’ll be seeing these pop up on many a wrist on our Instagram feeds, especially on those who found the Black Bay 36 too small and the Black Bay 41 too big. Plus, this time, it’s equipped with an in-house caliber to boot! 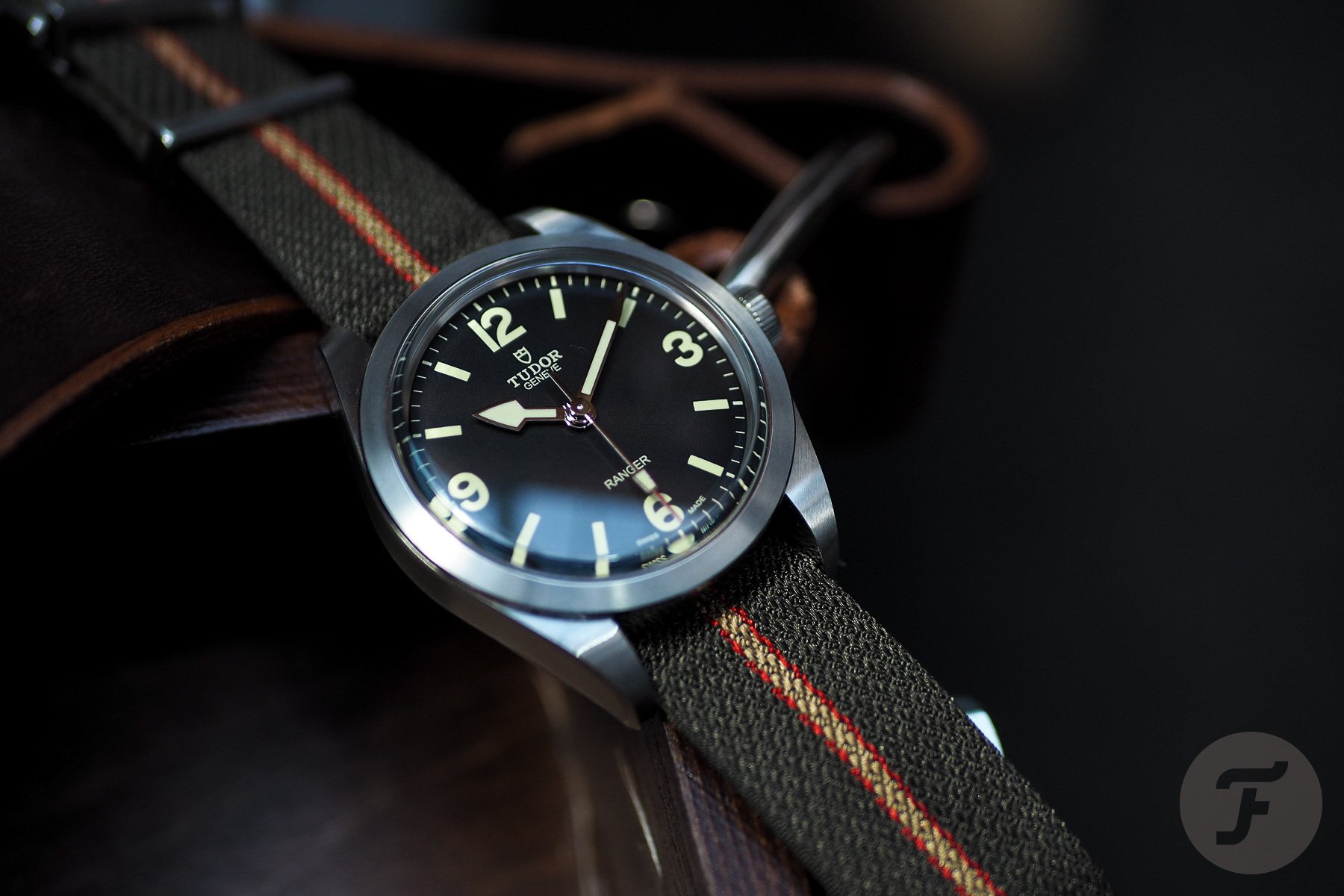 The Ranger is back in town

I mentioned how this watch is a perfect gap filler for Tudor. Not only does it fill in for the 39mm Explorer, but it also fills the gap between the Black Bay 36 and Black Bay 41. It also addresses the criticism of the latter bezel-less models, which some say look like dive watches stripped of their bezel. The Ranger has more of a military field-watch look to it.

It’s as versatile as the Explorer but with a small dose of quirky charm sprinkled on top, mostly thanks to the rather peculiar handset. On the wrist, I find that it teeters on the edge of being slightly too big. But take this criticism with a pinch of salt, as I’ve recently been enjoying watches on the smaller side of the spectrum. Looking at it objectively, however, the watch is a perfect fit for my 18cm (7″) wrist. 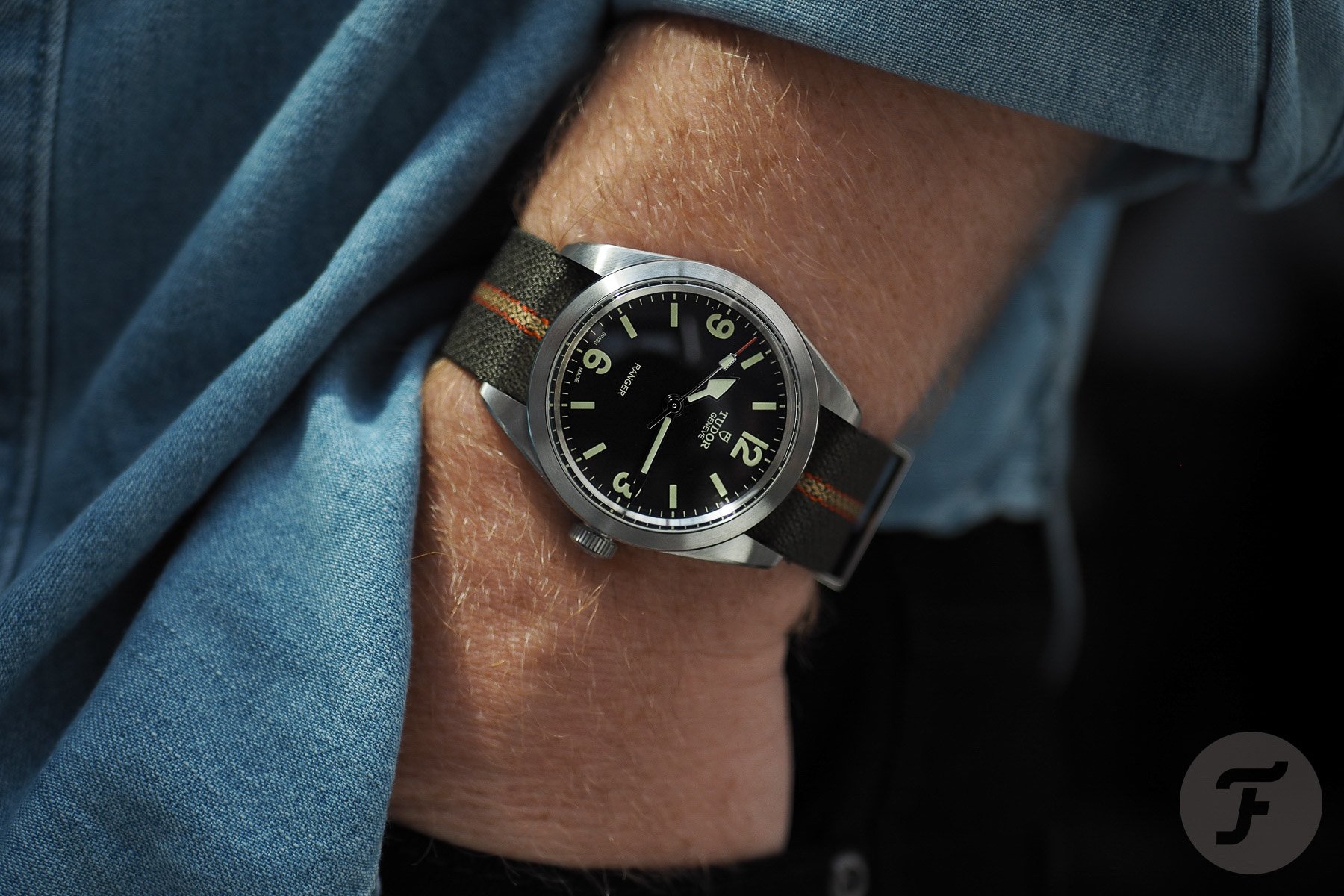 The bracelet feels solid and well crafted. But coming from Tudor, that’s no surprise. Its Oyster-style links taper nicely down to the clasp. The clasp features the same quick-adjust system that wowed me earlier this year on the Black Bay Pro. If Tudor is planning on adding this to its entire lineup, it would be a big plus in my book. Both the hybrid rubber strap and textile strap offer a great alternative to steel. But I would recommend, as always, buying the watch on the bracelet, then buying the straps after the fact. Inside the Ranger, you will find Tudor’s COSC-certified caliber MT5402 with 70 hours of power reserve. It’s the same movement that is also used for the Black Bay Fifty-Eight.

We all know that Tudor can sometimes get a bad rap (especially from our own Lex Stolk) for echoing Rolex’s designs in their own watches. This was the case earlier this year in the Black Bay Pro and the Black Bay GMT S&G. Sure, you could point to the fact that the Ranger was around many moons ago. But it’s clear that the model existed to offer a more affordable alternative to its Rolex equivalent. In some way, this should offer some validation for the watch, as it at least stems from a historical predecessor. 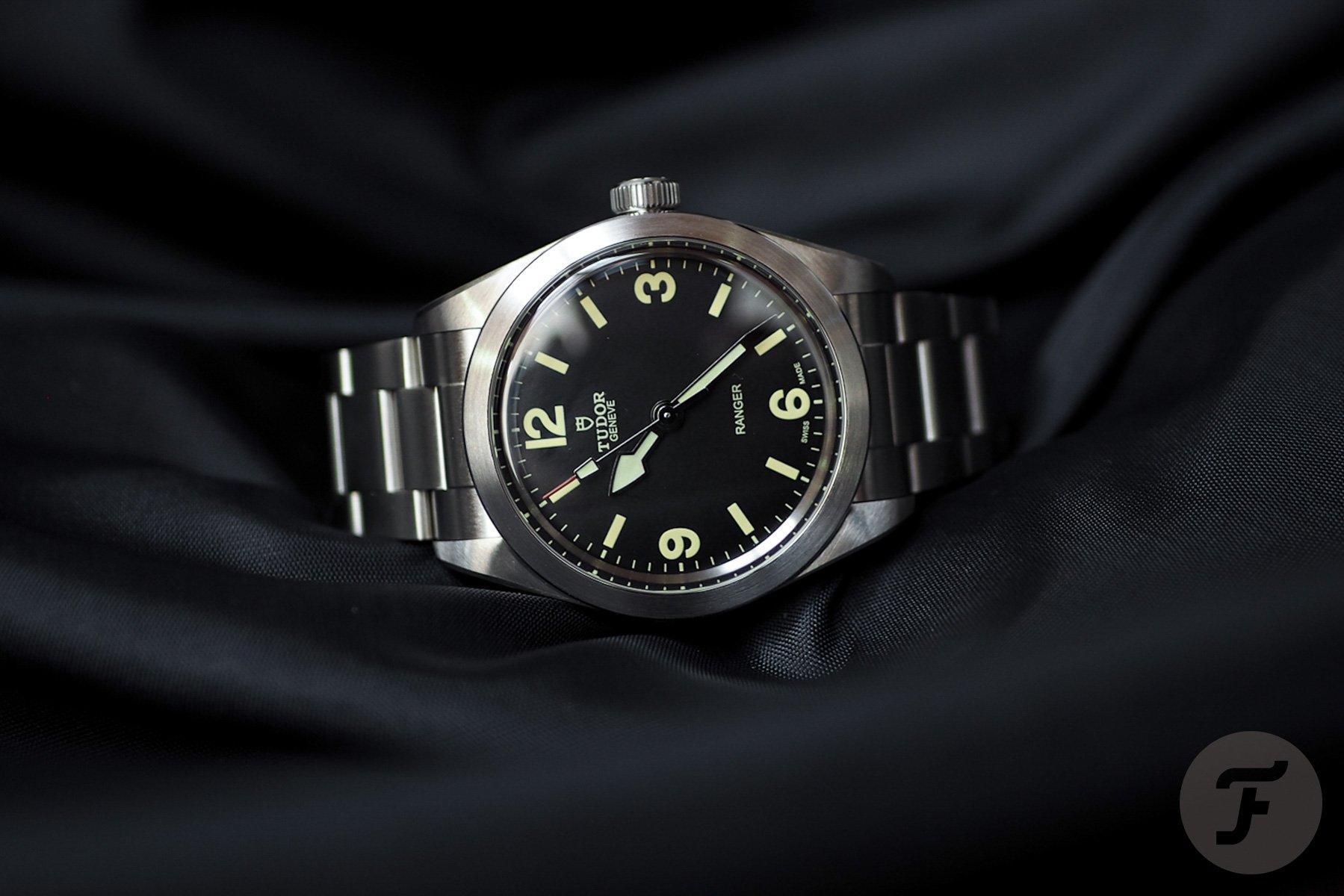 That said, I remain a stubborn fan of the Black Bay Pro. Honestly, I wouldn’t discard the idea of adding one to my collection in the future. Whether or not I’ll feel the same about the new Ranger is still not clear. I guess I’ll have to sleep on it. 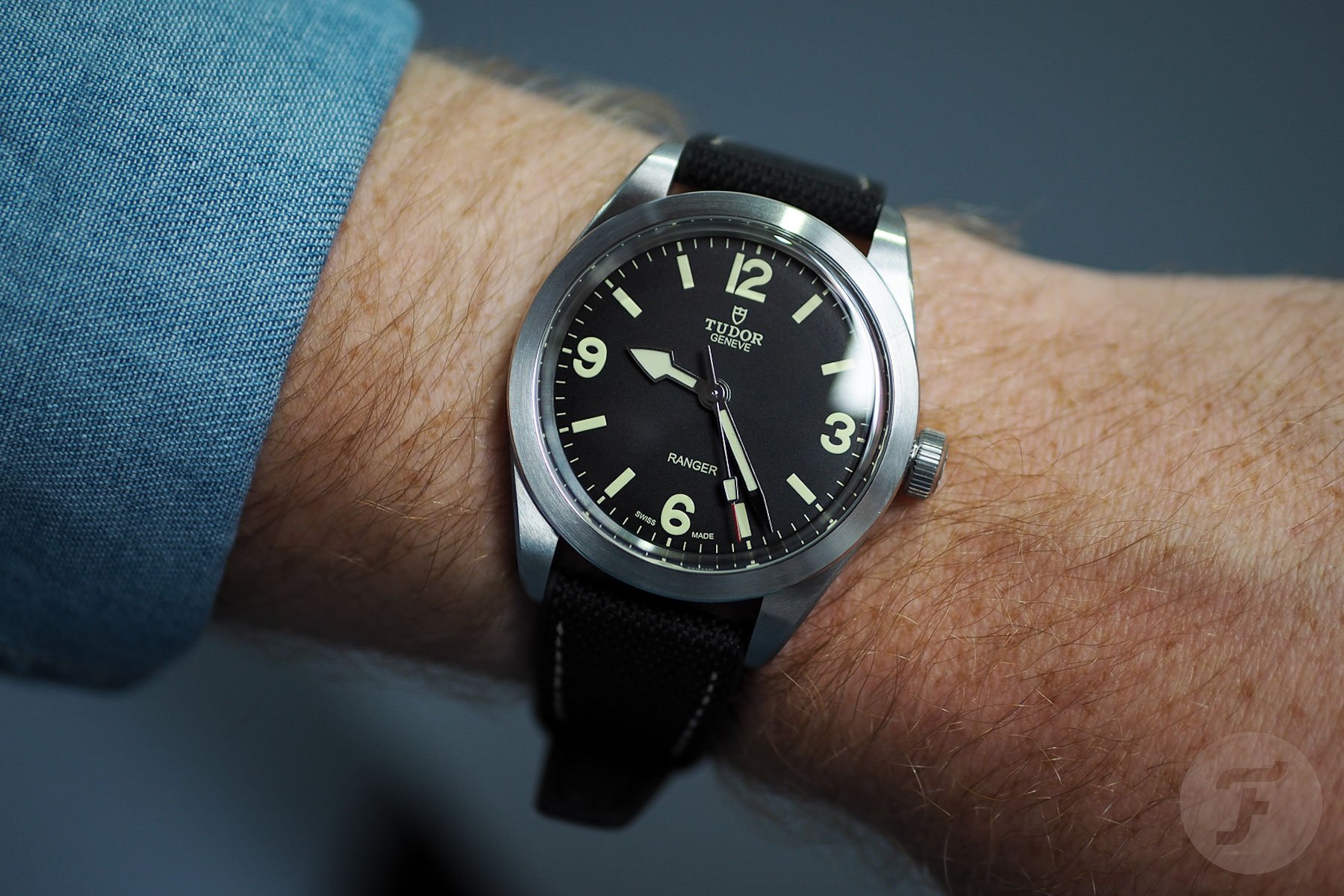 Now that you’ve seen and read all about this latest Tudor release, I’ll put it to you. Is this another rehash of a classic, or does the new Tudor Ranger stand on its own? I’d love to hear your thoughts in the comments down below.